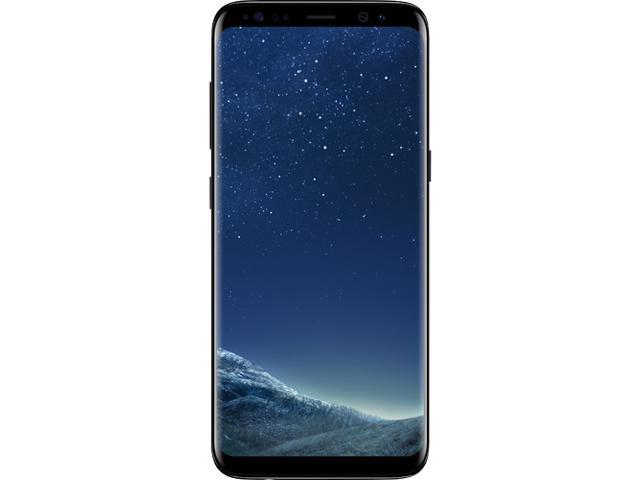 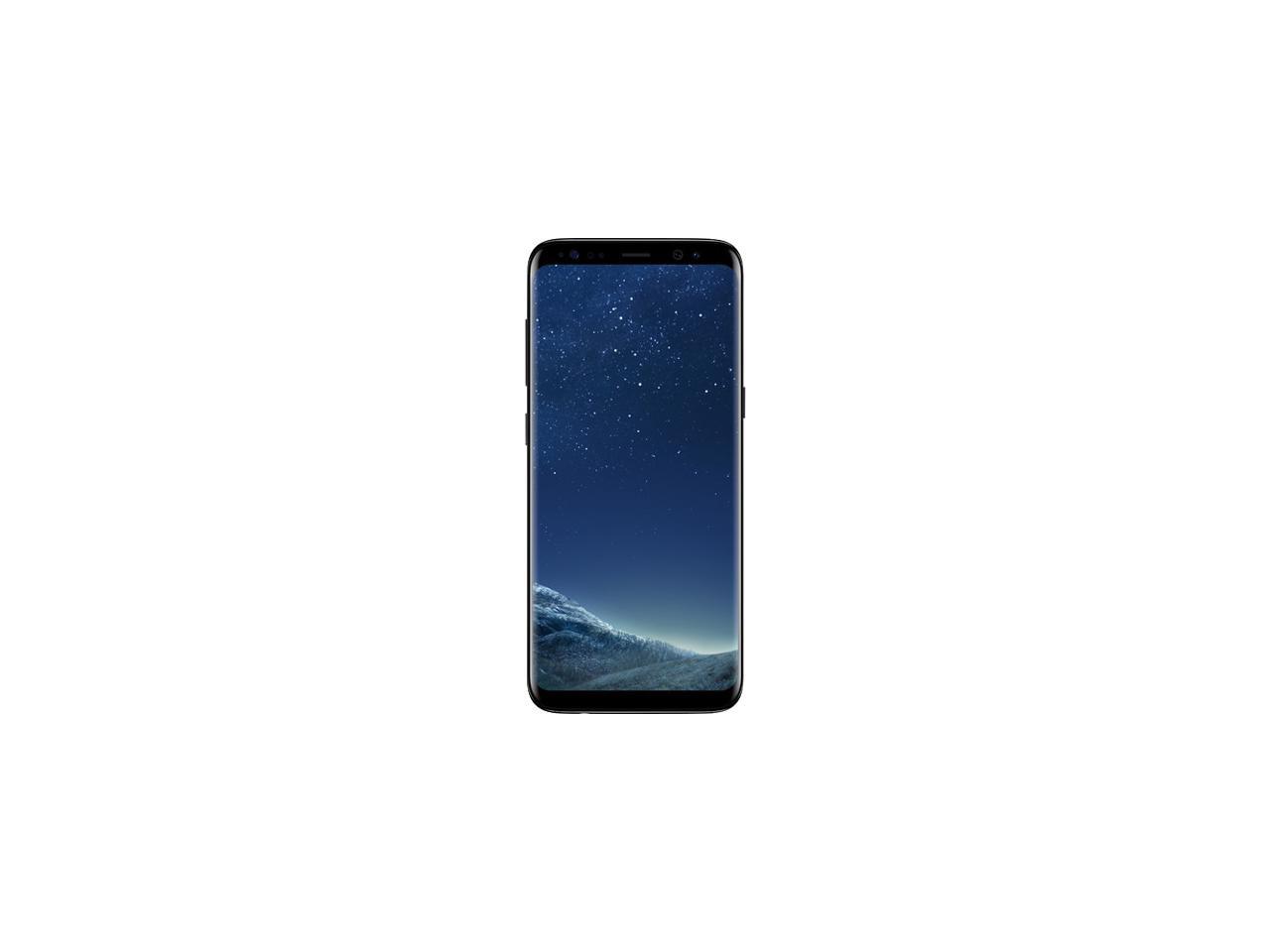 This means the product was tested and repaired as required to meet the standards of the refurbisher, which may or may not be the original manufacturer. Any exceptions to the condition of the item outside the manufacturer’s information should be provided in the listing, up to and including warranty details.
(6) Write a Review
See more "unlocked gsm cell phones"
In stock.
Ships from United States.
Most customers receive within 9-17 days.
Overview
Specs
Reviews

Erase the boundaries with an Infinity Display that goes from edge to edge, encased in a sleek, elegantly curved chassis that fits comfortably in your hand. Explore the online world at blazing-fast speed thanks to the latest LTE connectivity and high-performance processor. Use the 12MP dual-pixel rear camera and 8MP front camera to snap striking photos and beautiful selfies. An array of biometric security features, including iris scanner, fingerprint scanner and face recognition, helps keep your private data from unauthorized access. Moreover, the Galaxy S8 is water- and dust-resistant to IP68 for trouble-free performance in various conditions.

The Infinity Display has an incredible end-to-end screen that spills over the phone’s sides, forming a completely smooth, continuous surface with no bumps or angles. It’s pure, pristine, uninterrupted glass. And it takes up the entire front of the phone, flowing seamlessly into the aluminum shell. The result is a beautifully curved, perfectly symmetrical, singular object. A Camera Built for Every Moment

Capture life as it happens with the Galaxy S8 and S8+ cameras. The 12MP rear camera and the 8MP front camera are so accurate and fast that you won't miss a moment, day or night. Prying eyes are not a problem when you have iris scanning on the Galaxy S8 and S8+. Your irises have patterns that are unique to you, and they're nearly impossible to replicate. That means with iris scanning, your phone and its contents open to your eyes only. And when you need to unlock really fast, face recognition is a handy option.

* The iris is the colored, ring-shaped part of your eye.

Faster, Even in Rain

You never really stop using your phone. That's why Galaxy S8 and S8+ are driven by the world's first 10nm processor. It's fast and powerful and increases battery efficiency. Plus, there's the ability to expand storage, and to work through rain and dust with IP68-rated performance.

* May differ by country and carrier.

Bixby completely changes the way you interact with your phone. It's a personal assistant that understands talk, text, and taps so you're never confined to one mode of communication. It also completely changes the way you use your phone. You don't even have to ask Bixby, just show it what you want by opening your camera app. It's so incredibly easy.

* Bixby recognizes selected languages. Others to be supported. Bixby voice controls will soon be integrated into some of your favorite native apps.

From your photos and videos to contacts and music, Smart Switch lets you easily transfer your memories on your old phone to your new Galaxy S8. Now that you know all the memories are coming with you, you can focus on making new ones with your Galaxy S8 or S8+.

*Availability of services may vary by device. Pros: -The screen resolution is really good. I'm coming from an iPhone 6s and was pleased with the contrast in quality. -I was also pleased with the price. I needed an affordable phone with more memory, and this delivered. -It came packaged in nearly nothing, but was undamaged (what I thought was a deep scratch washed off with alcohol.) -The side panel was kind of cool, once I got used to it. -The Samsung Health feature will tell you your BMI and will also track your workouts on a map, which is a nice feature. I also like that the fingerprint scanner will measure your heartrate.

Cons: It's very glitchy. -I have a very hard time getting it to read my fingerprint. -I had to get tech support to help me restart from the bios to solve an issue where it wouldn't stop installing updates. -The "unlock in protected location" doesn't work, even after I altered it to meet my exact spot as per recommendations on forums. It works one day and then the next day it doesn't work in the same spot in my house. -Some apps, such as Snapchat, will lock open and not allow me to send a message or close the type screen. -The AI for the swipe is terrible; it replaces my words with bizarre out-of-context words, (such as mmt for my or thackery for thought) sometimes three or four times in a row unless I'm very careful. My old Nexus 5 was much better at this, so it's not just an Android thing. -It also doesn't do voicemail transcription, which I thought was standard these days.

Overall Review: My main reason from switching from an iPhone to an Android was that I wanted to sync better with my Google products, and I wanted the swipe-type feature since I found it much easier than using my thumbs. I regret switching from an iPhone, and am not a Steve Jobs acolyte so it pains me to say this. It's the little things: the fact that I have retype one in every five words because it guessed wrong is irksome. It didn't sync my contacts, and brought up a list of people I knew in 2012 rather than the ones I thought were on my SIM card (I got them back, but it was a process). I find Bixby useless, but I can't count that as a "con" because Siri and Alexa are also useless, in my opinion. They have never once been able to answer even my simplest question or simplest request. I like to stick with a phone until it doesn't work anymore or I can't update, but I am going to start saving for a replacement as soon as I can. I regret buying this phone. I can only hope I get used to its annoyances.

Cons: Phone was not unlocked.

2 out of 2 people found this review helpful. Did you?
Anonymous
Ownership: 1 week to 1 month
Verified Owner
This is a good deal, but not for everyone. Phone is not in a perfect condition, it has noticeable scratches, came without original box and headphones, but functionality it's fine, so if you want a goo2/20/2019 10:57:16 AM

Pros: Phone works fine, good pricing, came with a Mint sim card, which includes 3 months of 8gb internet and free calls, after using the phone for a week I haven't noticed any functional problems

Cons: The phone is unlocked, but it's a T-Mobile variant with their apps, phone has noticeable scratches and dents, doesn't have original packaging and doesn't include headphones

Pros: -not perfect, but in great condition for price -will accept any carrier, including Verizon, with a manual update to OS to version 8 "oreo"

Cons: -could possibly get one that has issues -if you do have problems, Newegg's RMA process is SLOW. RMA ships to west coast, and must be evaluated before new one goes out

Overall Review: Yes, I do recommend this, as it's a great value to someone looking to upgrade an ancient old phone, just be cautious that it will be something you may need to tinker and tweak with to get it optimal. If it's just something you want to buy and use quickly, you may be dissapointed

Pros: - No one can say its refurbished, looks amazing and completely new.

Cons: I bought two at the same time and they are both locked to ATT and ATT will not unlock because the phones are not paid off. I am with T-mobile and can use unlocked GSM phones. The description clearly says: Samsung Galaxy S8 G950U 4G LTE Unlocked GSM U.S. Version Phone - w/ 12 MP Camera 5.8" Midnight Black 64GB 4GB RAM. I am very disappointed with Newegg. There isn't a way to contact Newegg so I have to return the phones. I can't get a refund, only an exchange.

Overall Review: I bought two and they are both locked to ATT and ATT will not unlock because the phones are not paid off. I am with T-mobile and can use unlocked GSM phones. I am very disappointed with Newegg. There isn't a way to contact Newegg so I have to return the phones. I can't get a refund, only an exchange. Newegg is usually pretty good, but this feels like a scam.