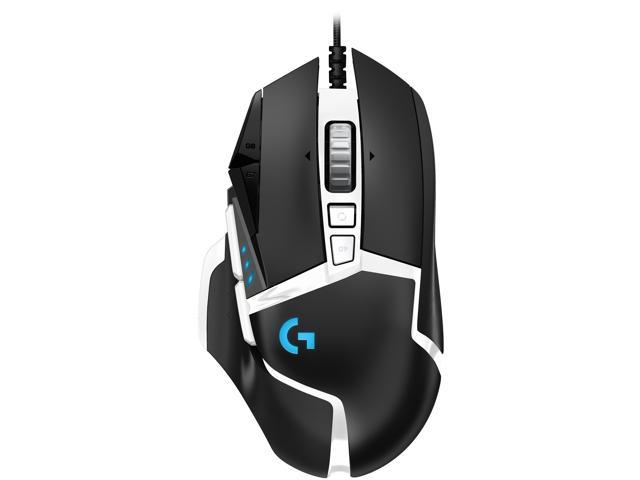 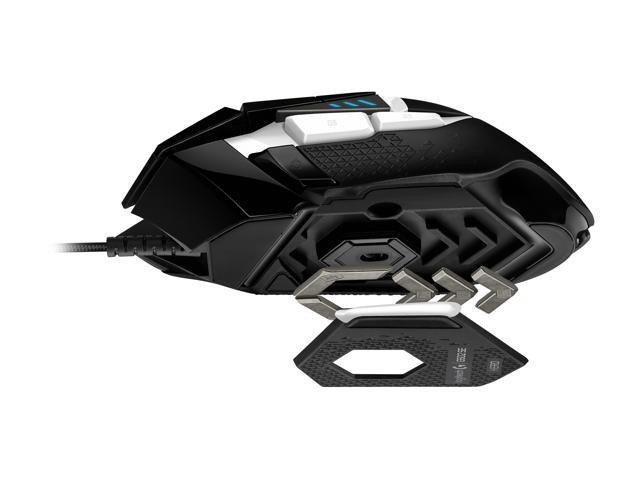 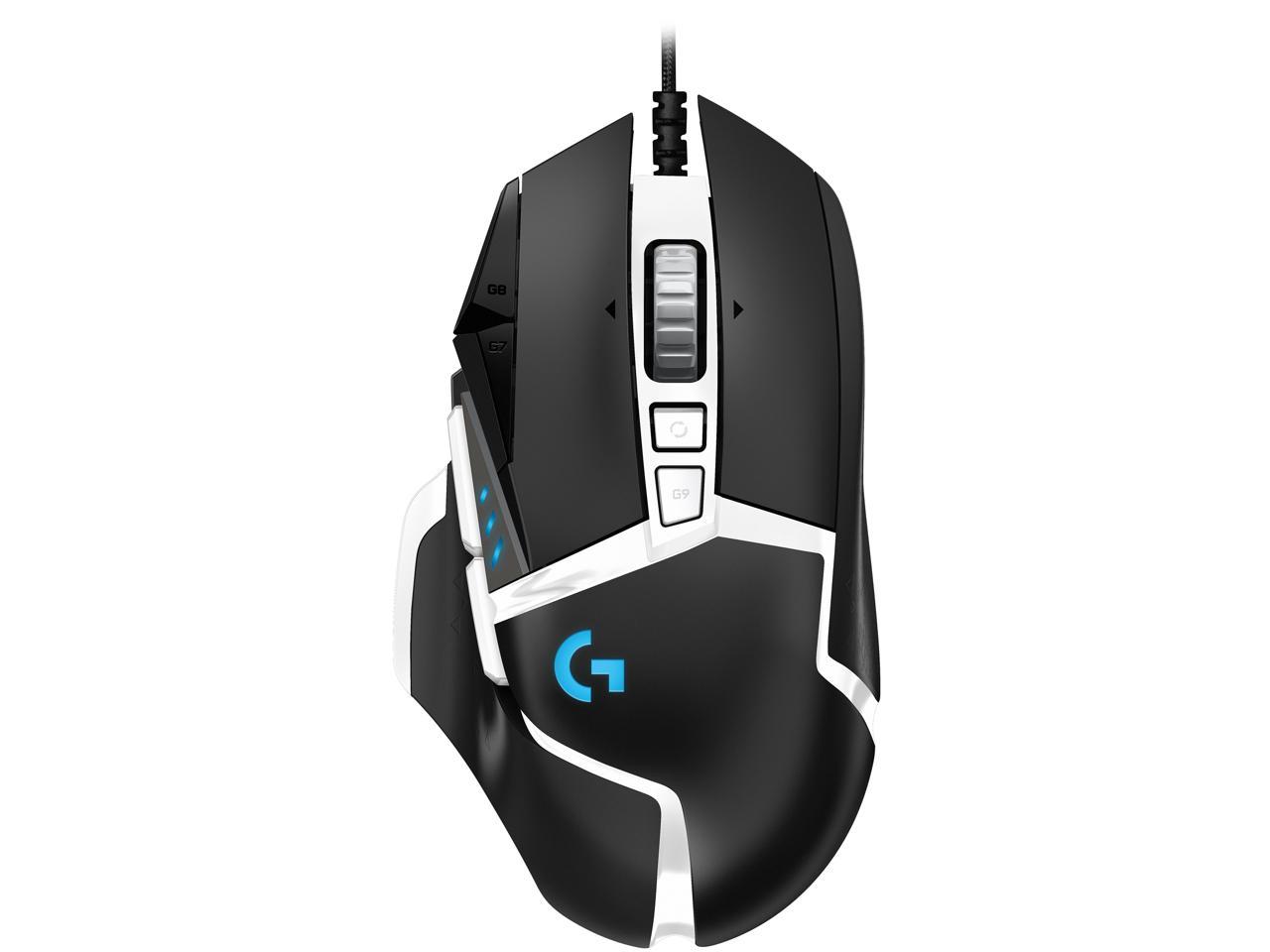 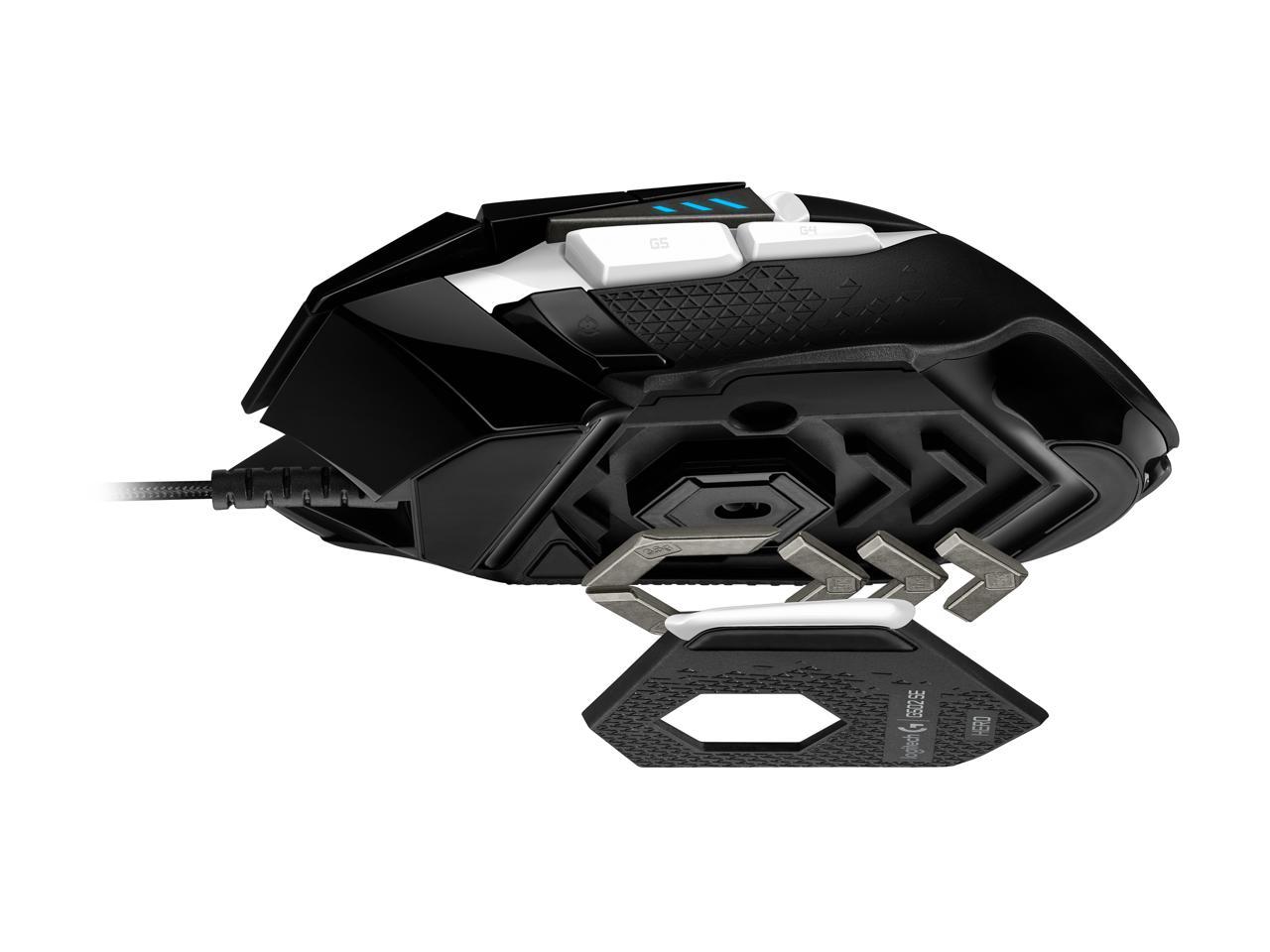 Visit I Favorite it Store

Cons: -locked scroll wheel is rather stiff, but i guess that's the point -free scroll wheel is like it's greased with WD-40 - it'll spin for eternity with a minor flick -RGB doesn't increase FPS in ALL games edit: I see why the scroll wheel has to be designed this way, and added an egg back.

Overall Review: I didn't initially realize that the mouse had a locked and free scroll wheel, which is why it has the notches and probably why regular rubber that's typically used wouldn't work. That said, i'd like to have something more balanced for the scroll wheel, as it's either too rigid or too spinny for me. After a couple weeks of use, the mouse has grown on me and i've learned to lock/unlock the scroll wheel as needed. Everything else about it is fine so far.

Pros: Many buttons, lots of buttons. Some may say too many buttons. Lots of customizability. Simple lights. clean design. very comfortable.

Cons: Not even a year of use and it's already giving issues. Just 1 the left click stopped working properly. It's still working, it's just very annoying when playing a game or if you're exiting a window.

Overall Review: It's a good mouse, but it started giving problems way too early into it's use.

Pros: Fits perfect in the hands, I have small hands so for a large mouse to feel this great I definitely love it. Software makes for easy macros. A huge + in my books. Can bind any key or function to each button and easy reset if you happen to bind a critical button. HERO sensor is by far the smoothest sensor of many mice to this date. If you like your mouse on the heavy side the included weights are a nice touch though I dont use them personally. Easy to mod if that's your thing.

Cons: For me non, but your mile may vary. Some issues I can see for some is the weight. May still be heavy for some even without the weights installed. The LED's in the mice can break easily if you go a bit rough on the mouse though it won't affect the performance as this is my third g502 mouse . First banged up real good, performance stayed like new, but eventually took it a bit to far, as for the second, lost it.

Overall Review: By far my favorite mouse to date and has been my daily driver for 2 years. I personally give it 10/10 but for some the weight could be a slight annoyance at first. Definitely a great mouse that i would tell most people to get.

Overall Review: NO NO NO

Overall Review: Really loved the mouse out of the box but sadly it didn't hold up very long with one thing breaking after another. I don't think I will buy Logitech items again.

Cons: Left and right click are going out. Right click is going out a bit faster than the left click is but is more frustrating cause I'll be holding an angle in siege then when the enemy finally comes and I start shooting I randomly stop aiming or will like aim in and out a bunch while just holding down the right click.

Overall Review: So I bought my mouse as part of a combo with an ssd on 4/15/2020. My old mouse was having problems with its right click so I got this one since it's body is the same as my old one. About a week ago my left click started acting up. It would just act like I let go of the button even tho I had not and sometimes doesn't even register me clicking at all. This causes a major problem since I bought it to play games with while I stream and if I can't shoot then I get killed and I get upset/angry which makes my streams less enjoyable. Now I have to figure out what kind of mouse to get again. The mouse I had before this lasted for like 2 years so this is a major disappointment.

Pros: Number of programmable buttons! Wish more mice had extra buttons like this. The layout is nice. Feels good in the hand. The ability to adjust weight is nice if needed.

Cons: I've gone through two of these mice now. Both crapped out before a year of purchase had passed. This one was just at nine months when the right button began double clicking/won't hold the button in place. The first purchase, it was the left button that did the same thing.

Overall Review: I thought that the first mouse was a fluke. Maybe just bad luck. The second mouse made me research it further and I see so many people out there with the same exact issue. It would seem that Logitech has dropped the ball with the buttons used in this mouse. They will not be getting my money for a third try. Time to try someone else. After two mice with the same issue, I can't recommend it. I gave it a couple stars for design only. The extra buttons are great. Software worked well enough.

Cons: The right mouse button stopped working so I emailed Logitech tech support. After several emails back and forth it was apparent that I had to run a maze in order to get my mouse replaced. The whole exchange took weeks as their customer service kept asking for more and more tasks on my end. So I tossed it in the trash. I used to think of logitech as a solid company (I'm typing this on one of their wireless keyboards now) but this experience has soured my opinion of them, I won't be buying anymore logitech products.

Overall Review: Mouse design is good. I just hope you never have to work with their customer service.