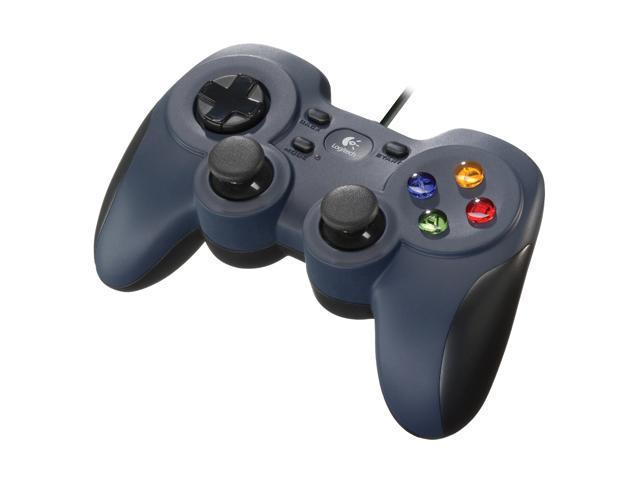 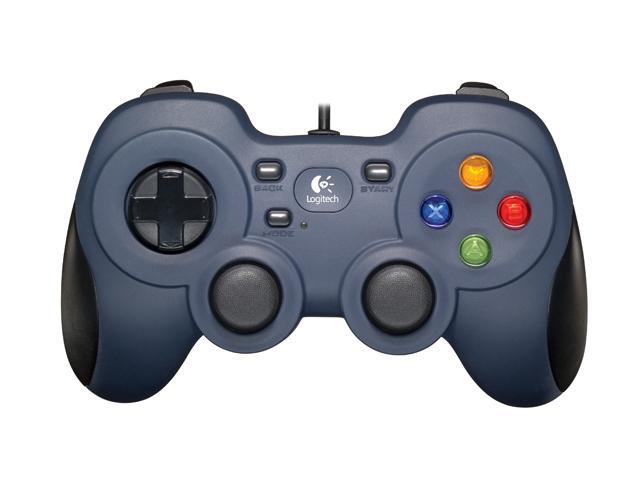 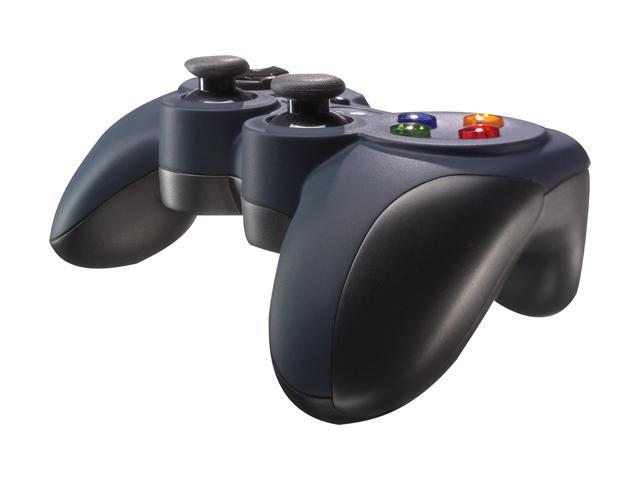 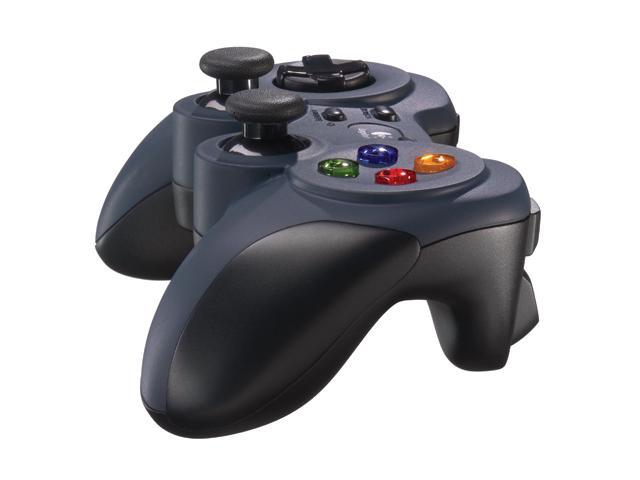 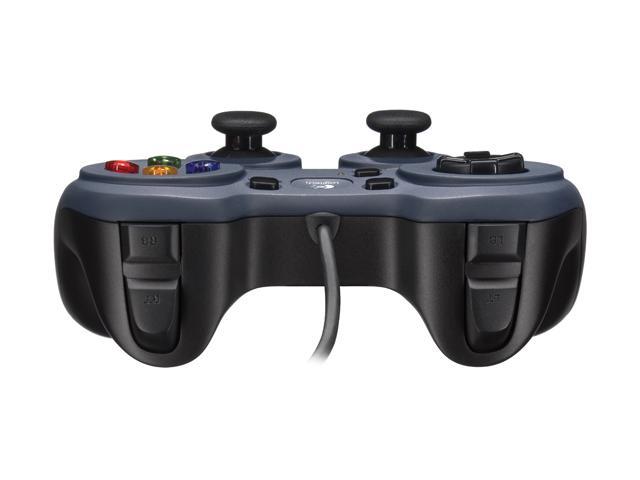 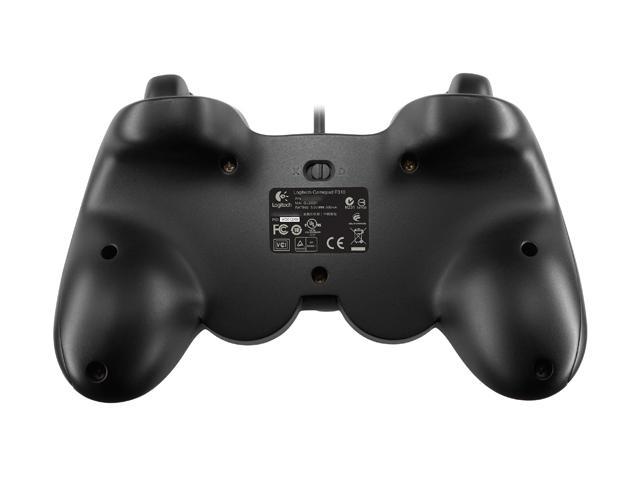 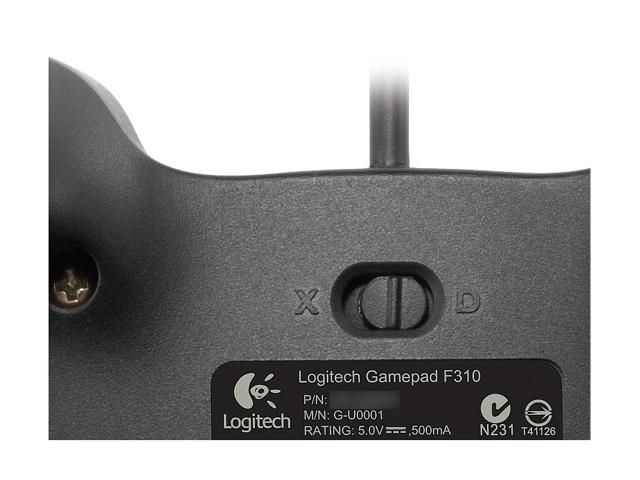 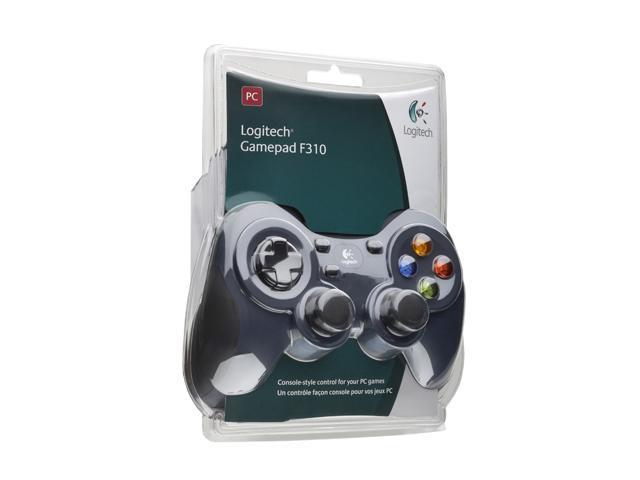 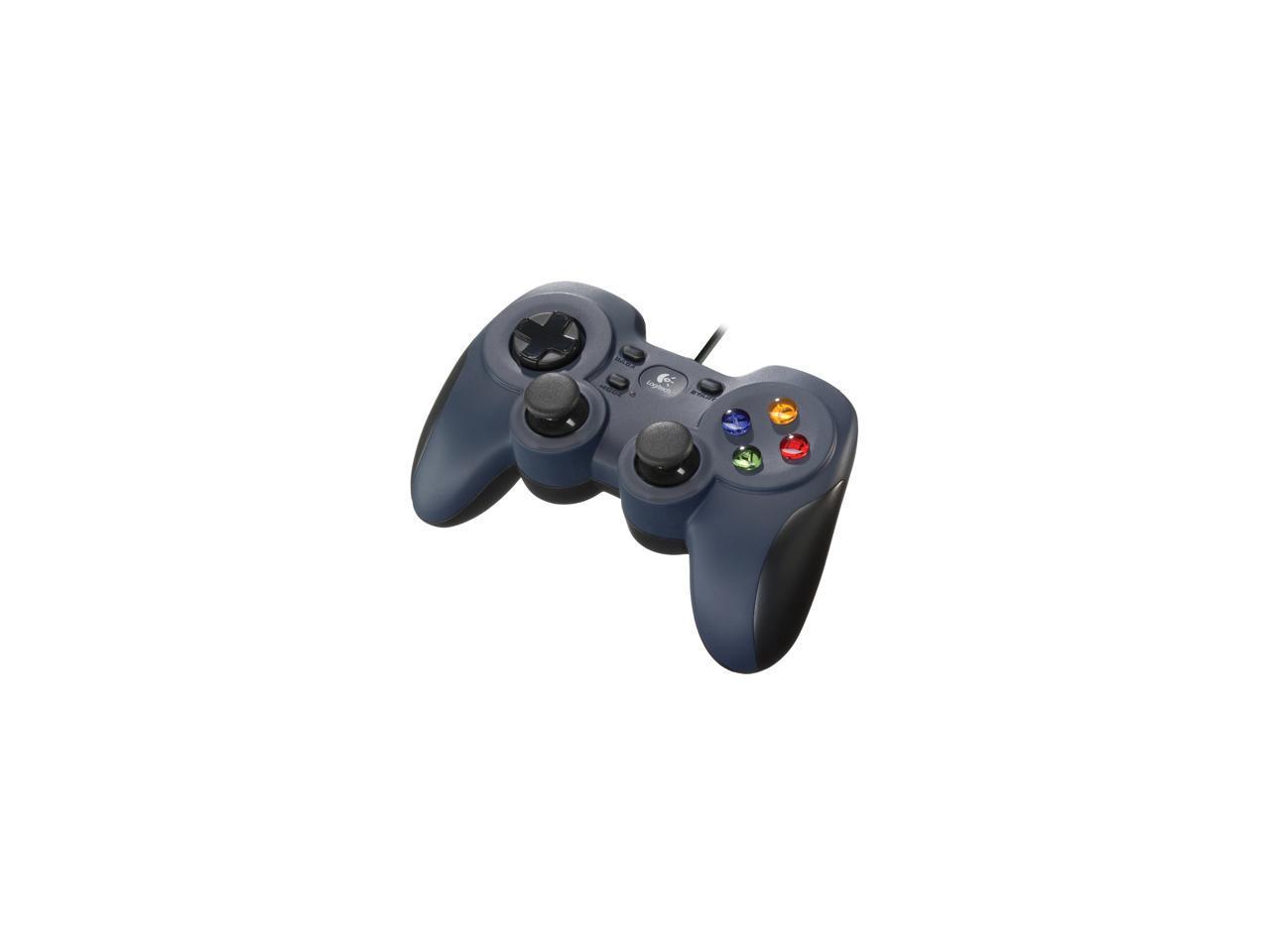 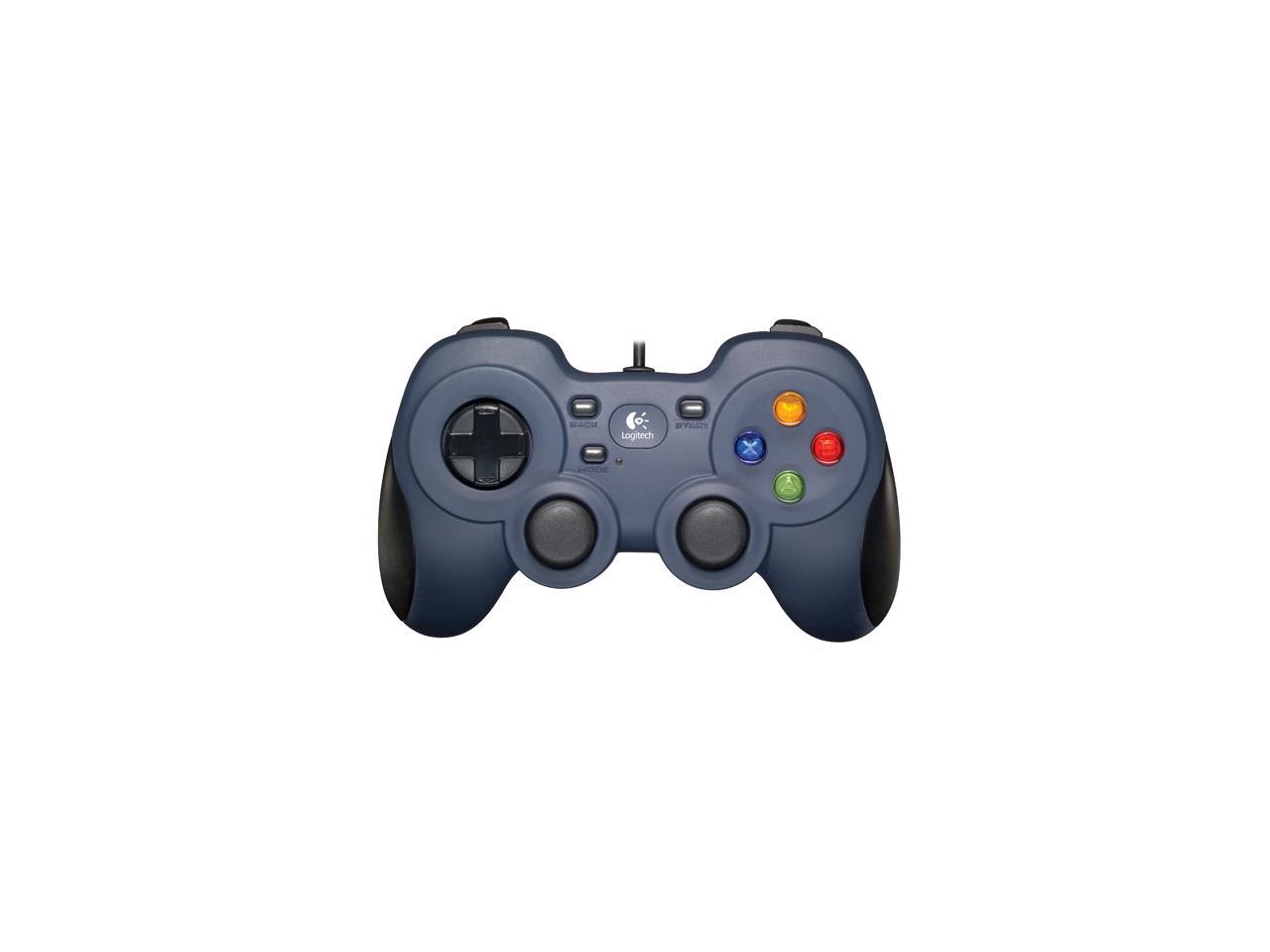 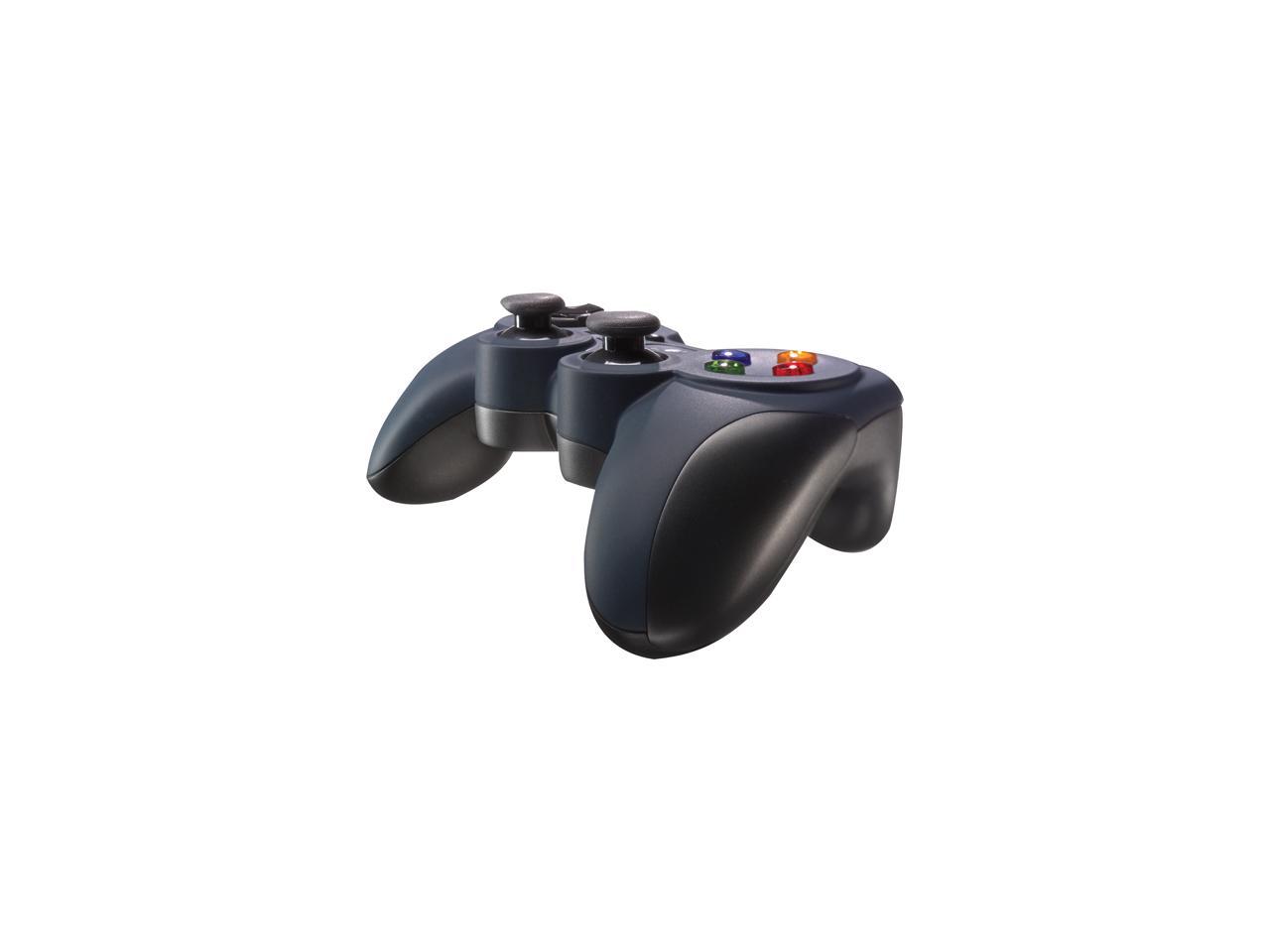 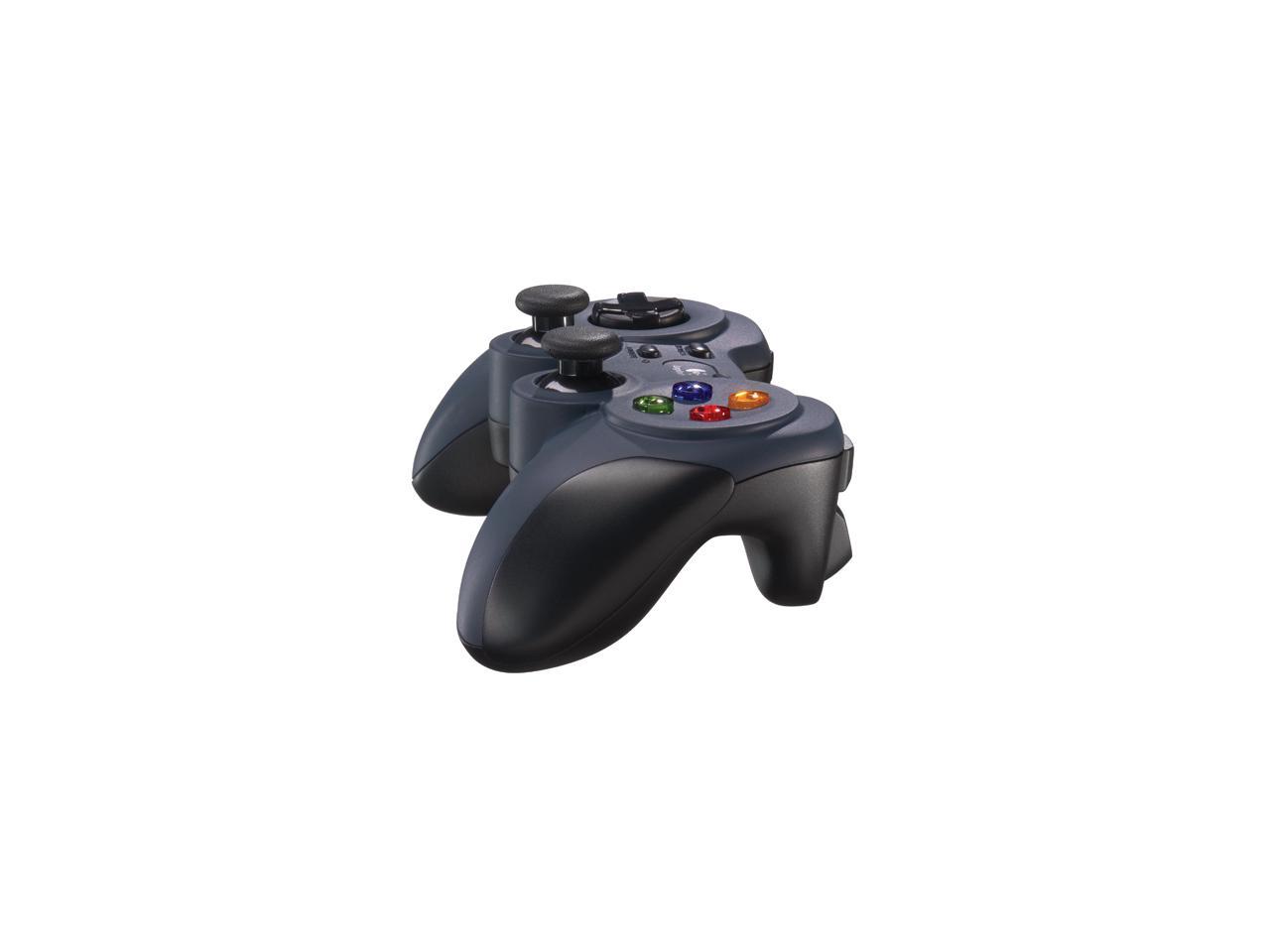 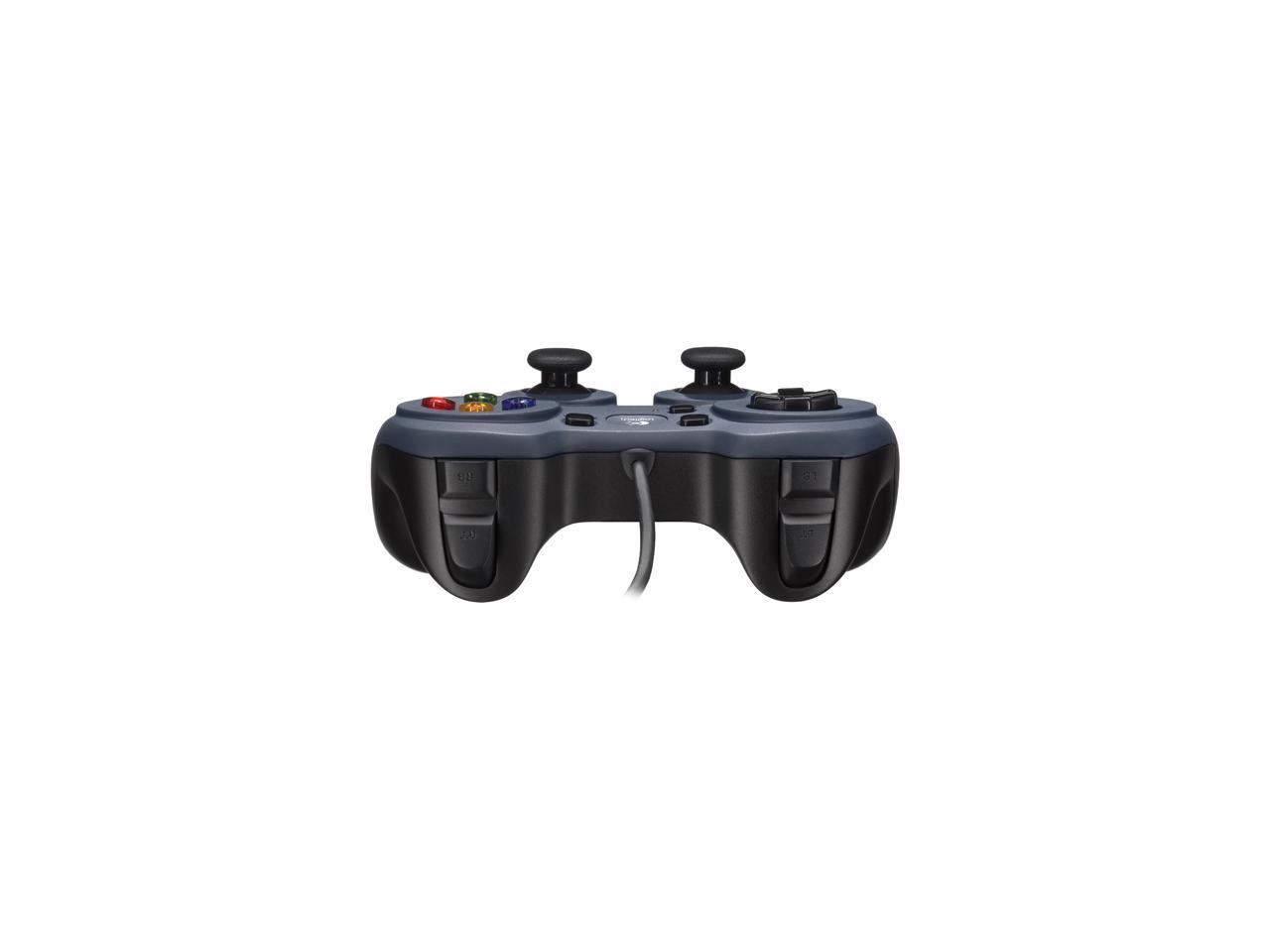 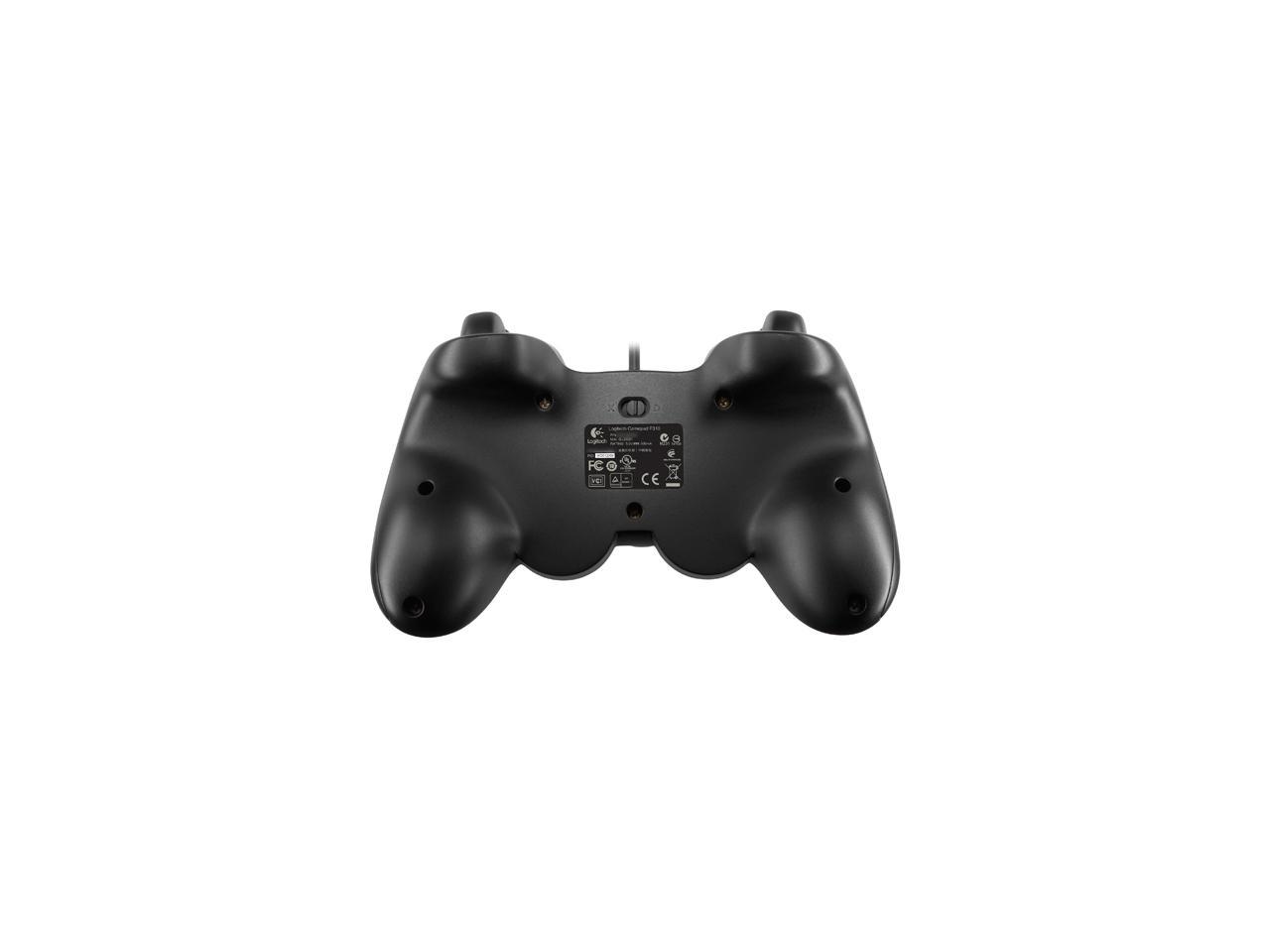 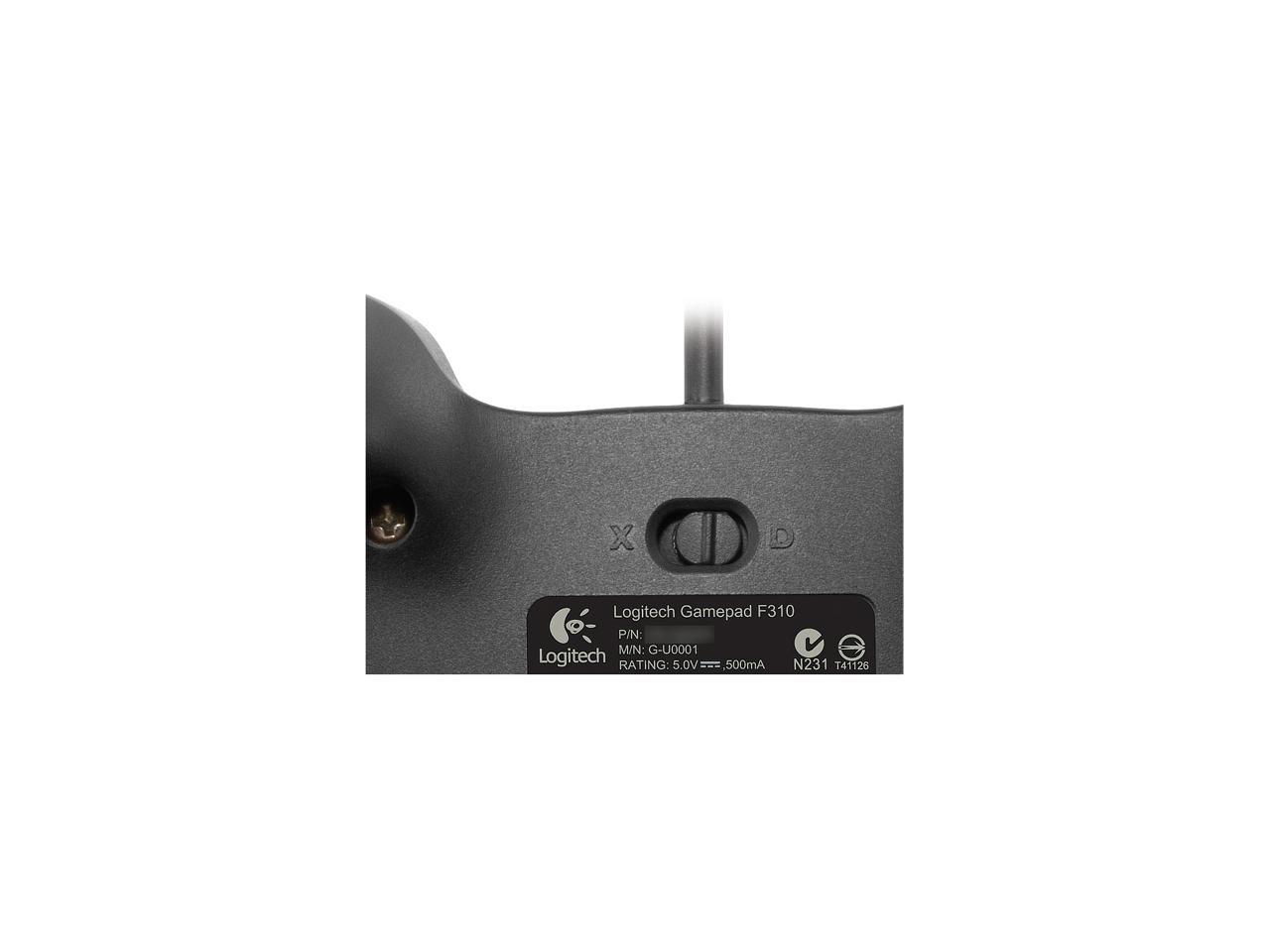 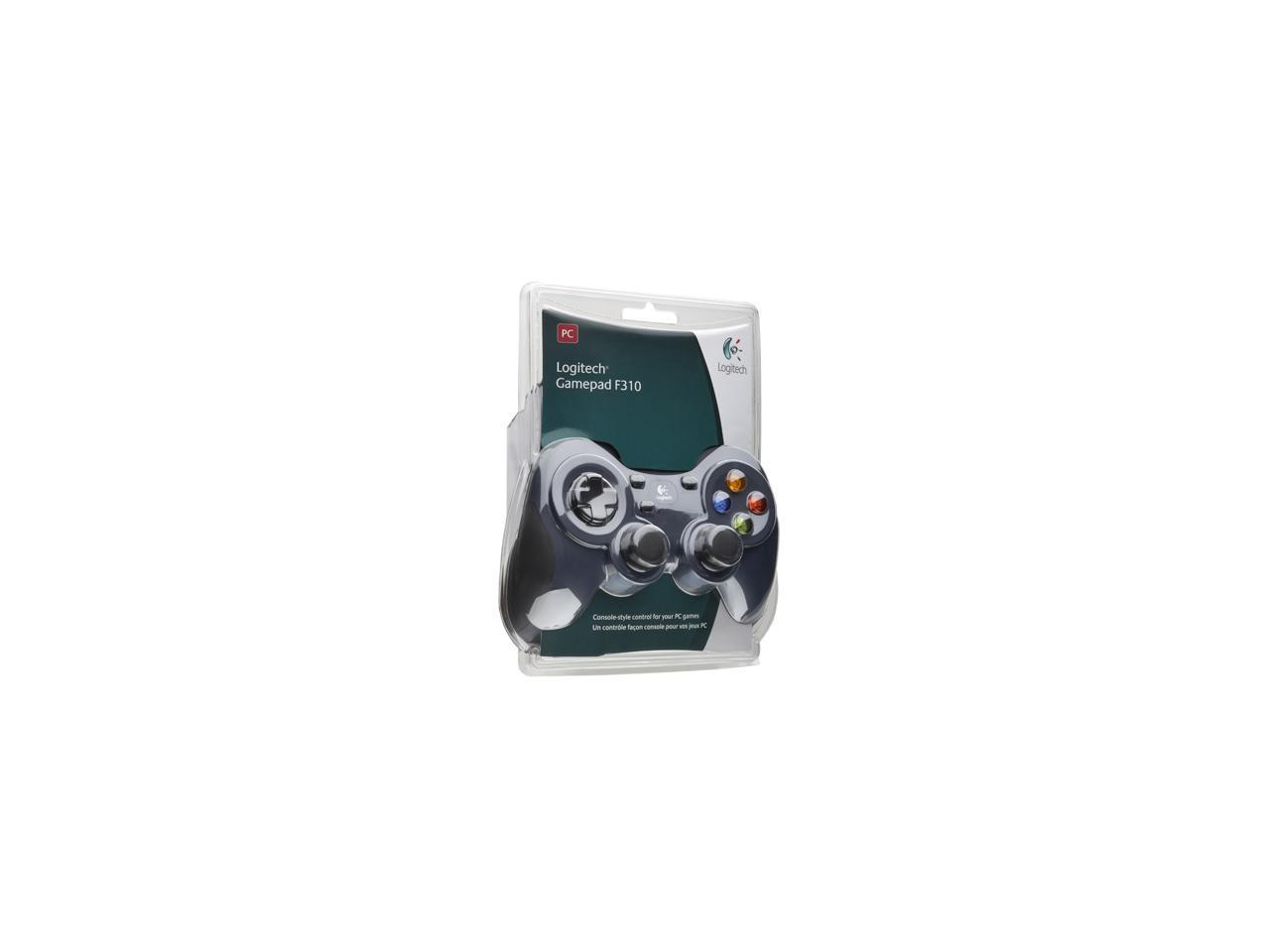 Pros: Works on Xbox360, Playstation 3, and PC's. Many of the "Games for Windows" games that I've tried it on even switch the in-game instructions when I'm using it as a Xbox controller. The controller is pretty programmable with the Logitech software, but this requires you to be using in D mode (see other thoughts). The controller feels great, considering I love the feel of the 360 controller compared to the Playstation controller. This one works well, I'm not even going to compare it to the higher end products, but this is well worth it's price. It's a solid device.

Cons: Older versions of Windows may need to download drivers for Microsoft Game Controllers to use it as a 360 controller when plugged into PC. Being able to recognize which setting to use (see other thoughts) apparently confuses some people.

Overall Review: On the back there's a switch (X|D). Use X when connecting the controller to Xbox360's or for your PC to recognize it as a 360 controller. Use D when connecting to a Playstation 3 or to run on a PC with the Logitech software that comes with it. I usually use it as a 360 controller simply because it's easier to recognize the button layout. If your game doesn't recognize it (common on older games or indies that don't work with 360 controllers), flip the switch on the back. Hope this helps anyone having issues. It really is a decent controller. P.S. The triggers are analog, which apparently some games recognize as another axis. I haven't had issues with it, but I've heard others did.

Pros: Built in support for X-Box controller only games and DirectX means a plug-n-play experience on every game I have tried it on, buttons color coded to match the X-Box button colors

Overall Review: Apparently some folks have been having issues with shoddy construction of this controller, to which I say, you get what you pay for. I don't expect this to last as long as a controller double or more in cost. If I get a year or two out of it, that was a good buy. I bought this item knowing it was a low end Logitech product and my expectations are therefore low on durability and long term viability. If you are into heavy gaming with a controller I recommend some other product. For occasional controller gaming this is a good choice!

Pros: After about 2 months of ownage, the controller still seems to be working strong. The buttons are nice and clicky, the controls are easy to program for emulators and such, and the xperia(I believe that's what it's called) function makes it very easy to play modern games with the already built in gamepad controls. I'm very pleased with the controller and very happy with my purchase, my only complaint is the somewhat stickiness of the triggers which isin't much of a problem when you get used to it. If your looking for an alternative to the Xbox360 controller for windows or just a general all around cheap gamepad then this if for you, I strongly recommend this one.

Pros: Does exactly what it should. Plug and play, and was ready to go. Profiler software helps me quickly switch through gamepad layouts for different games. I didn't actually notice any of the flaws people complained about. It has worked with my emulators, online games, and even random RPG's.

Cons: Only problem I've seen so far, is that the d-pad is sloppy. Its raised on some sort of circular plastic disc, and rotates if you fiddle with it. If it were made to fit inside the controller instead of raised, the controller would be perfect.

Overall Review: Best bet for the price, if d-pad doesn't bother you.

Pros: Just got this today and have been using it for a few hours now. Great investment for the cost, can't get any better than this and well to me it seems even more responsive than your typical console controller. Install was simple PnP with Window 7 (Ultimate), great D pad and sticks. Buttons weren't as "clicky" as most people say, and just an all around great buy. Some people think that no force feedback is a Con, however I think it goes under the Pros section simply because force feedback is something I prefer to do without. Logitech does make the F510 gamepad that includes force feedback for those of you who do enjoy that sort of thing though it costs a little more but still very affordable.

Cons: Only that the triggers are a pivot/rocker style instead of a press down style setup... it feels a little odd when I use them but they respond just fine and it may take a little getting used to for some people.

Overall Review: I think a lot of the people who have issues with this controller didn't read the directions to make sure it's set to Xinput for most games that are 'controller enabled'. I didn't even have to install the software and it works amazingly well. However if you want to use the DirectInput mode you'll need to install the software and set it up (as it says in the instructions!) I find a lot of products are down rated simply because people don't read the instructions and have no idea what they're getting into. It took me all of 1 minute to read the instructions and make sure the controller was on the correct input mode before I used it. If you're looking for a cost effective gamepad for the PC this is a great investment!

Pros: Works on Steam running on both Ubuntu 14.04 LTS and Ubuntu 16.04. No installation required very easy to set up. I just plugged it in and it was immediately recognized.

Pros: Compatible with a ridiculous number of games. Many times the game will recognize it as an XBox Controller for Windows, which makes setup a breeze for many games. The response is fantastic, it's very comfortable, it's a familiar layout, and fortunately they put the analog sticks where they belong.

Cons: The triggers are kind of skinny and the springs in them are pretty strong so they do get uncomfortable after a while, especially playing racing games.

Overall Review: Besides that issue with the triggers, it's a very solid buy and I'm going to add a couple more to my gear collection. Absolutely would buy again.

Pros: It works. I expect it to last as long as my Logitech Rumblepad did, 2006-2014. I used it for hours nearly every day. Logitech's controllers are sturdy.