UNAVAILABLE FOR PHILIPPINES
Sold by: Newegg
Shipped by Newegg
This item is currently out of stock and it may or may not be restocked.
UNAVAILABLE
Add To Wish ListFound on 19 wish lists 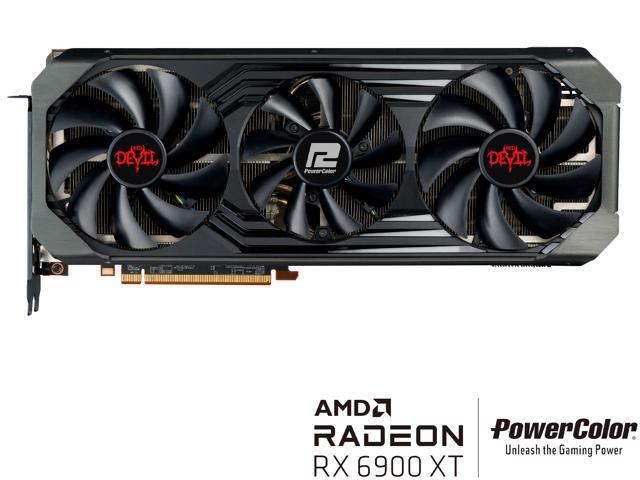 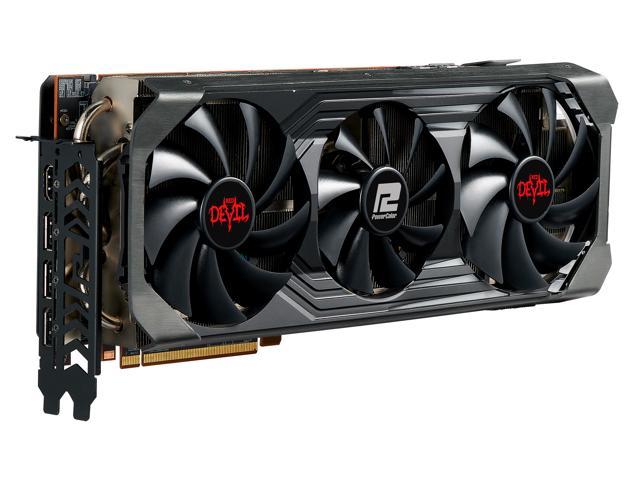 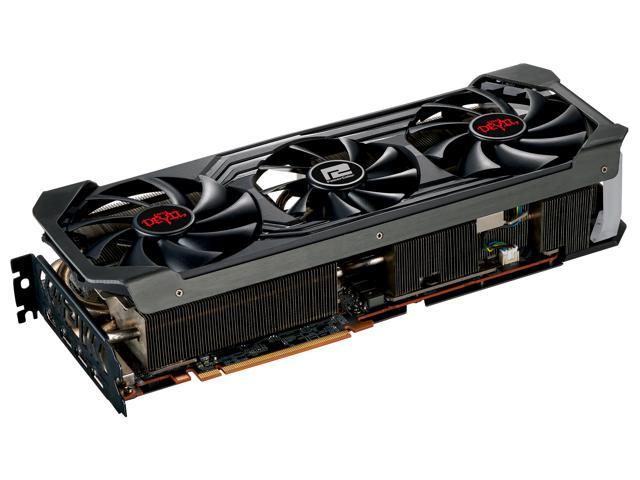 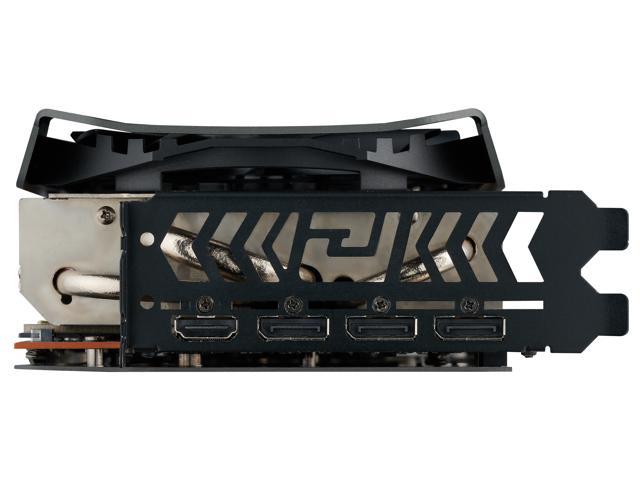 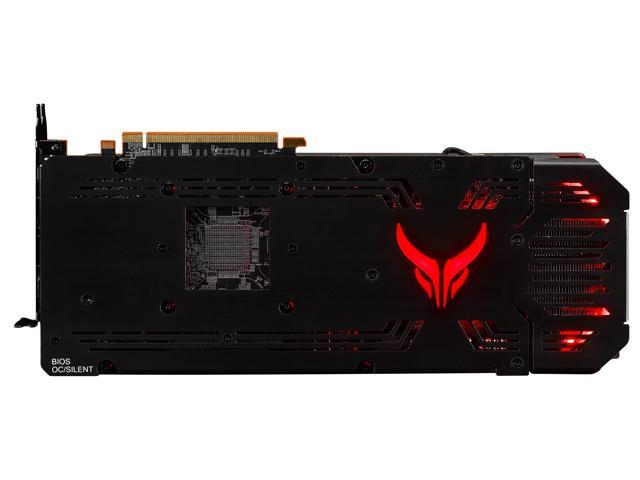 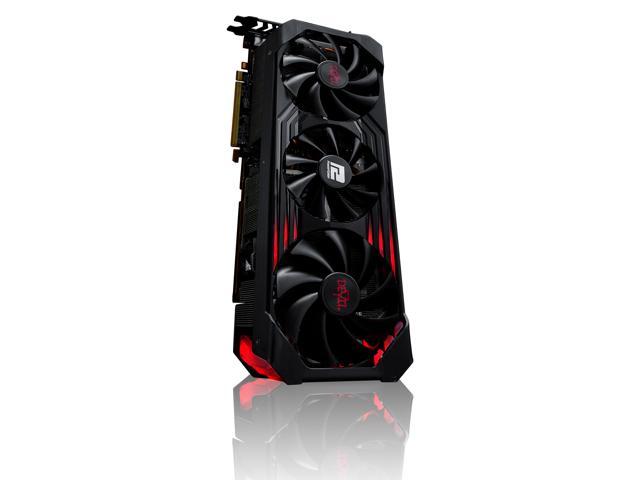 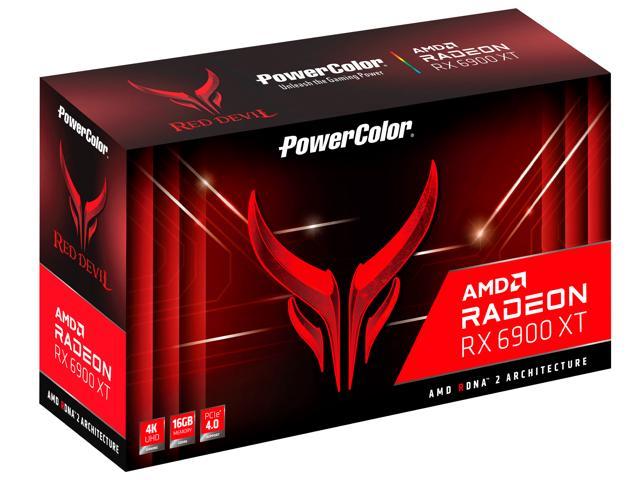 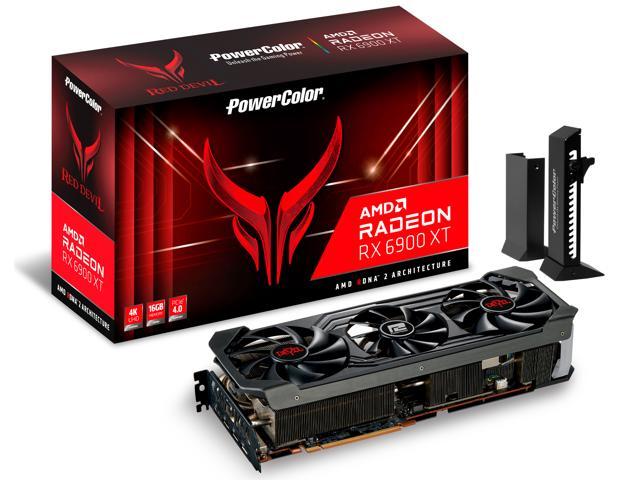 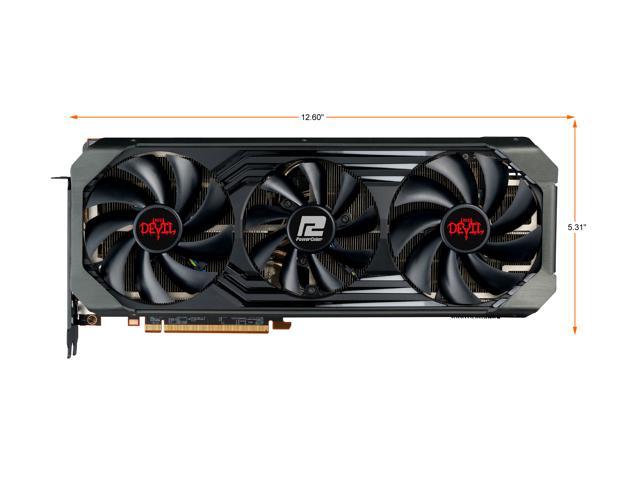 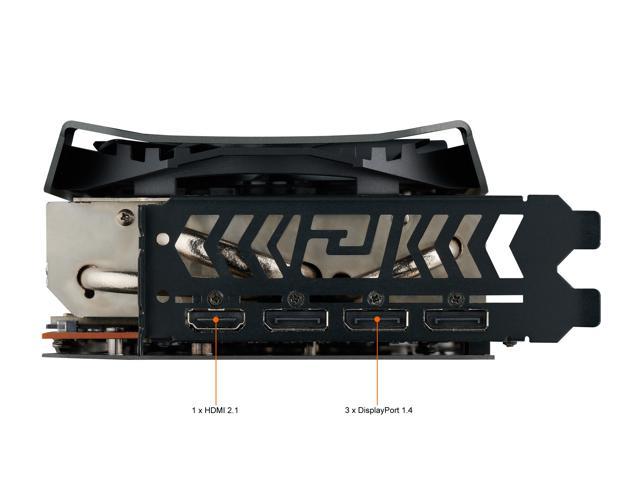 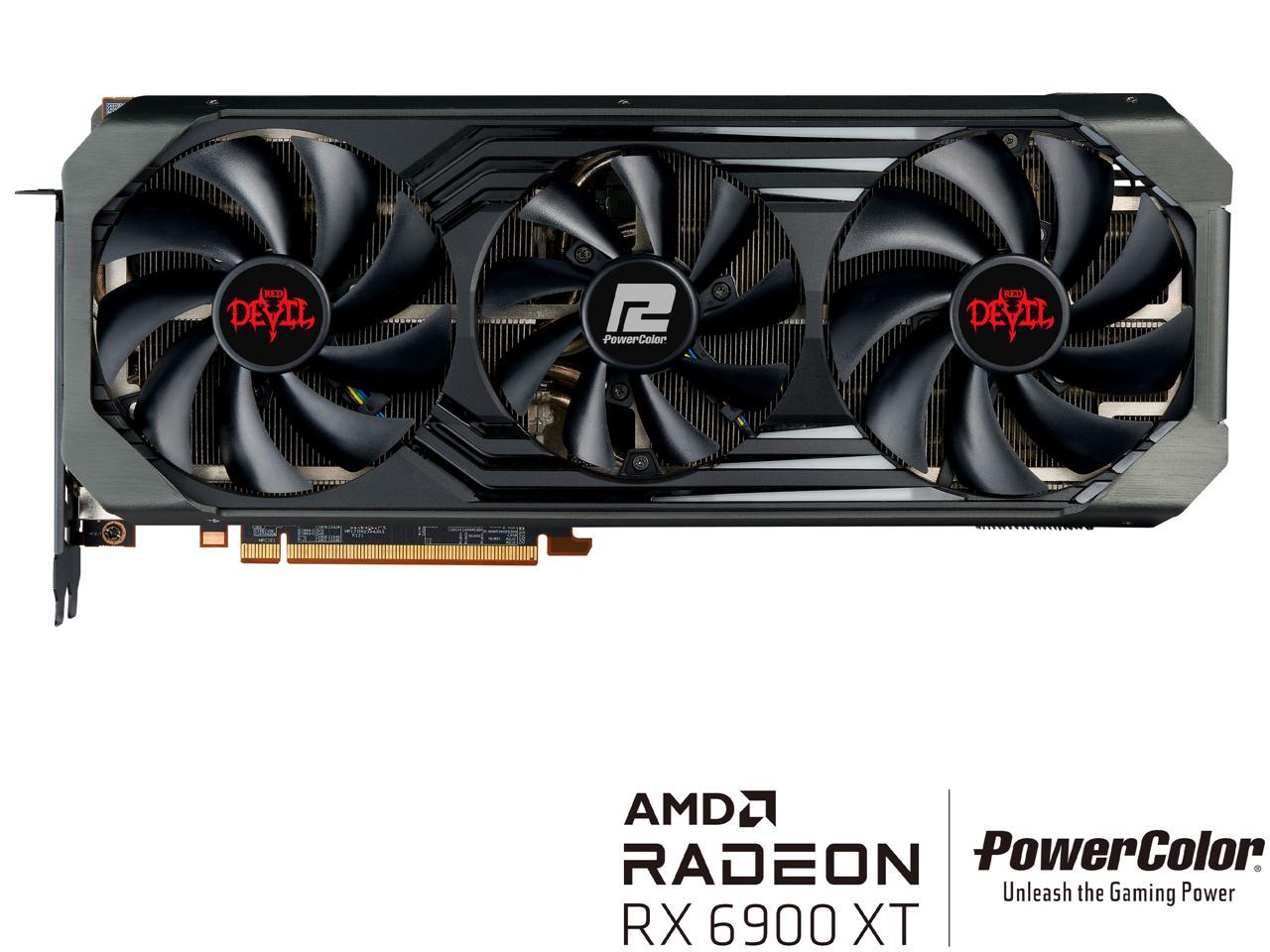 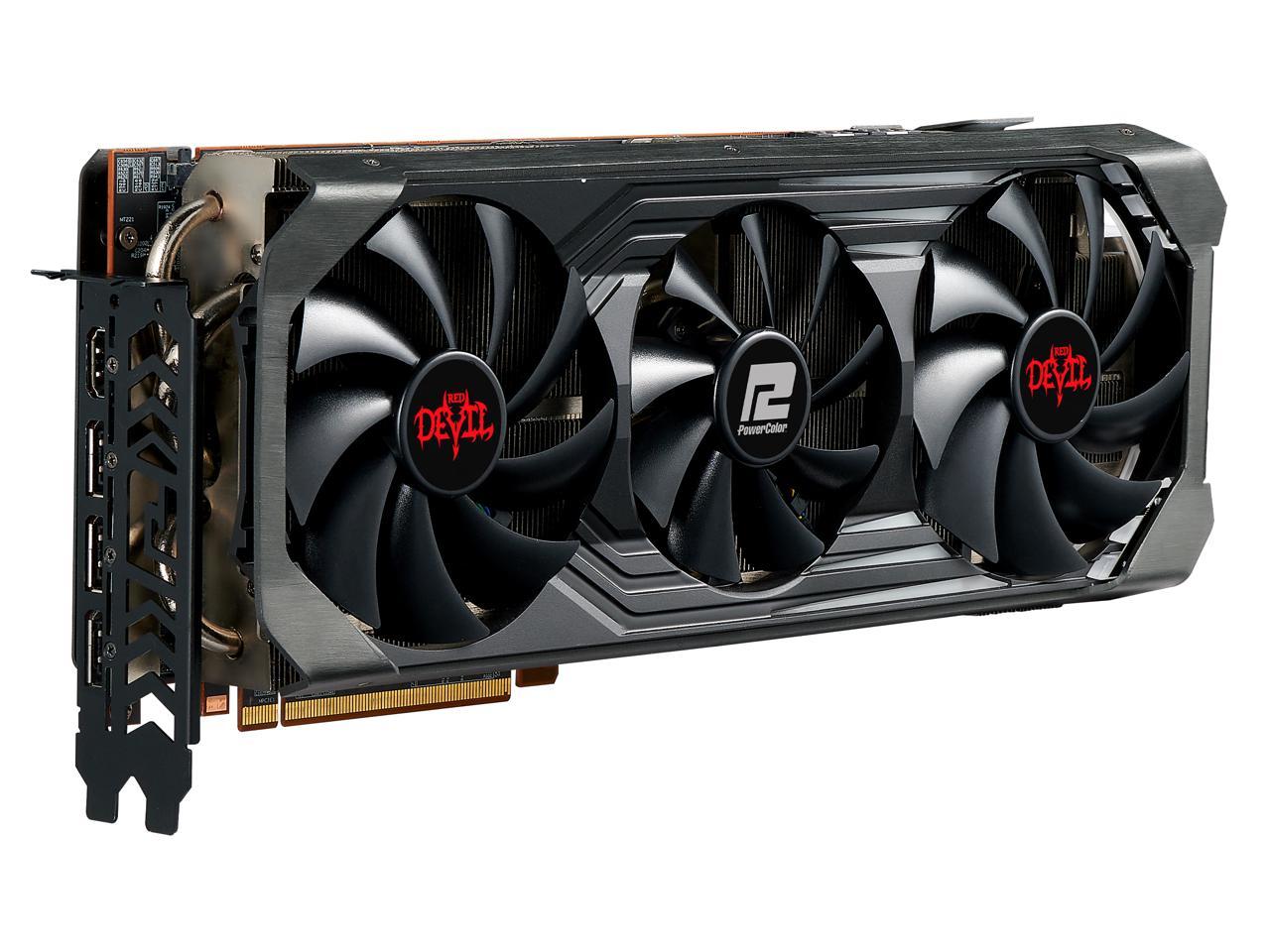 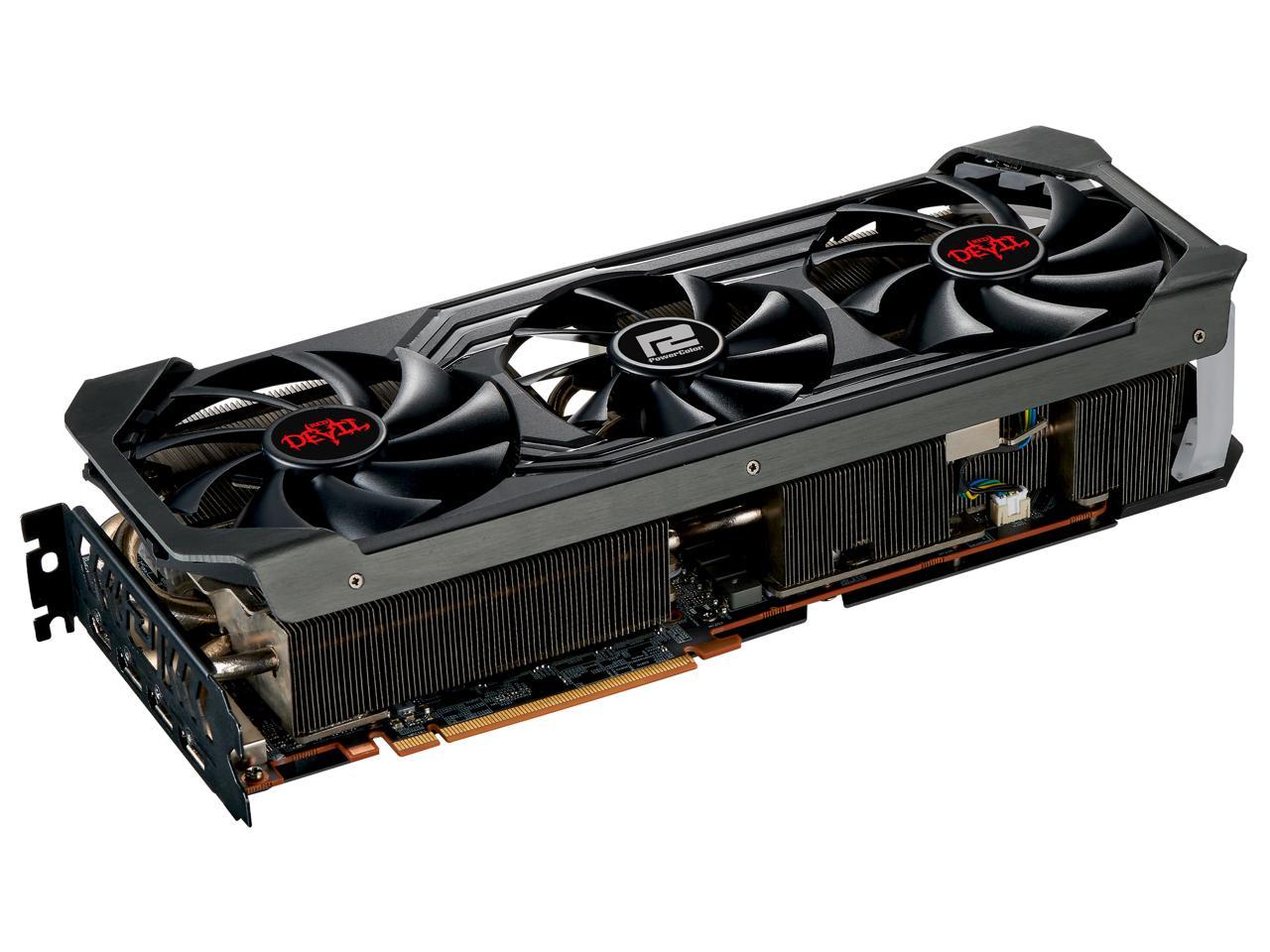 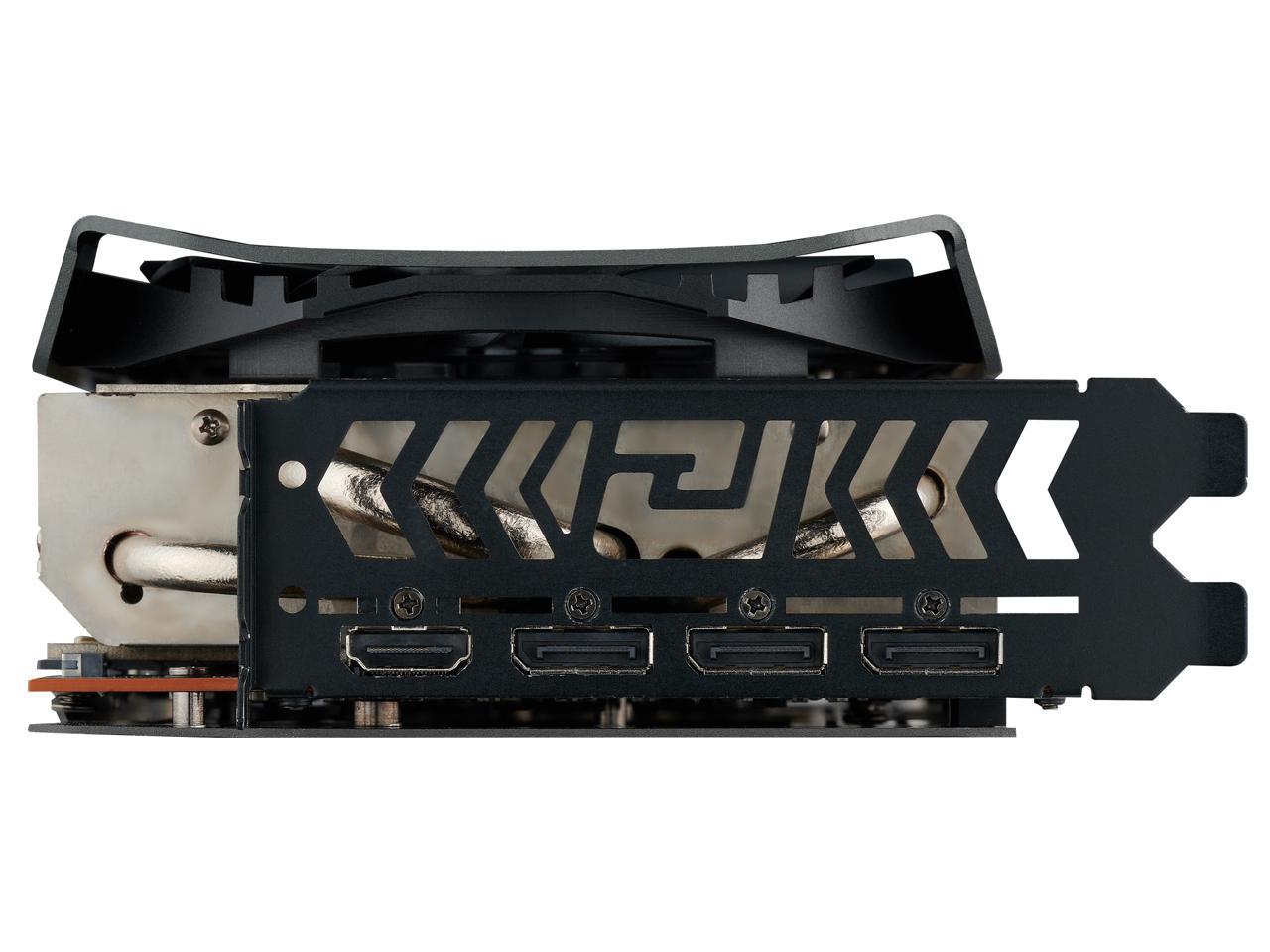 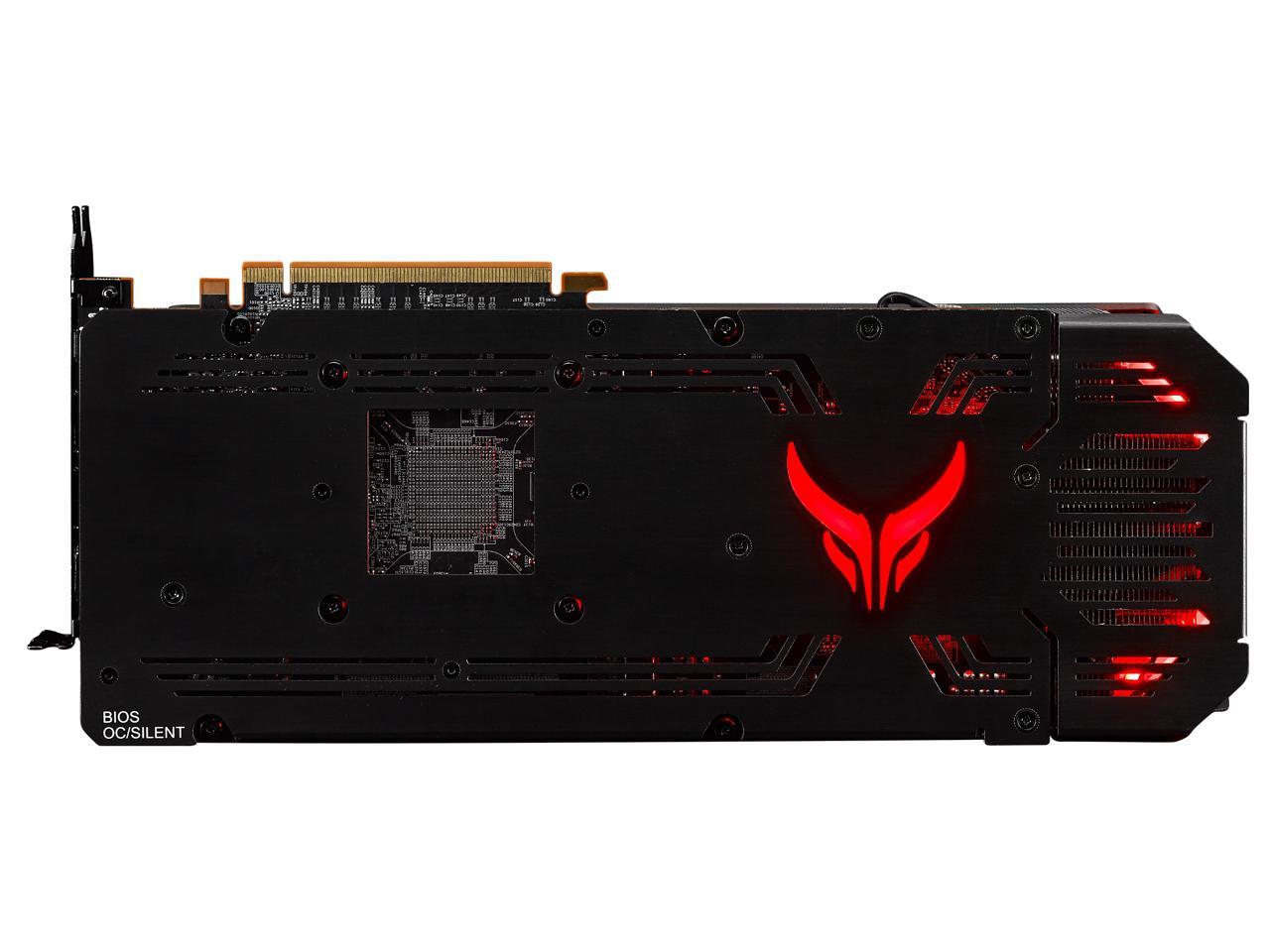 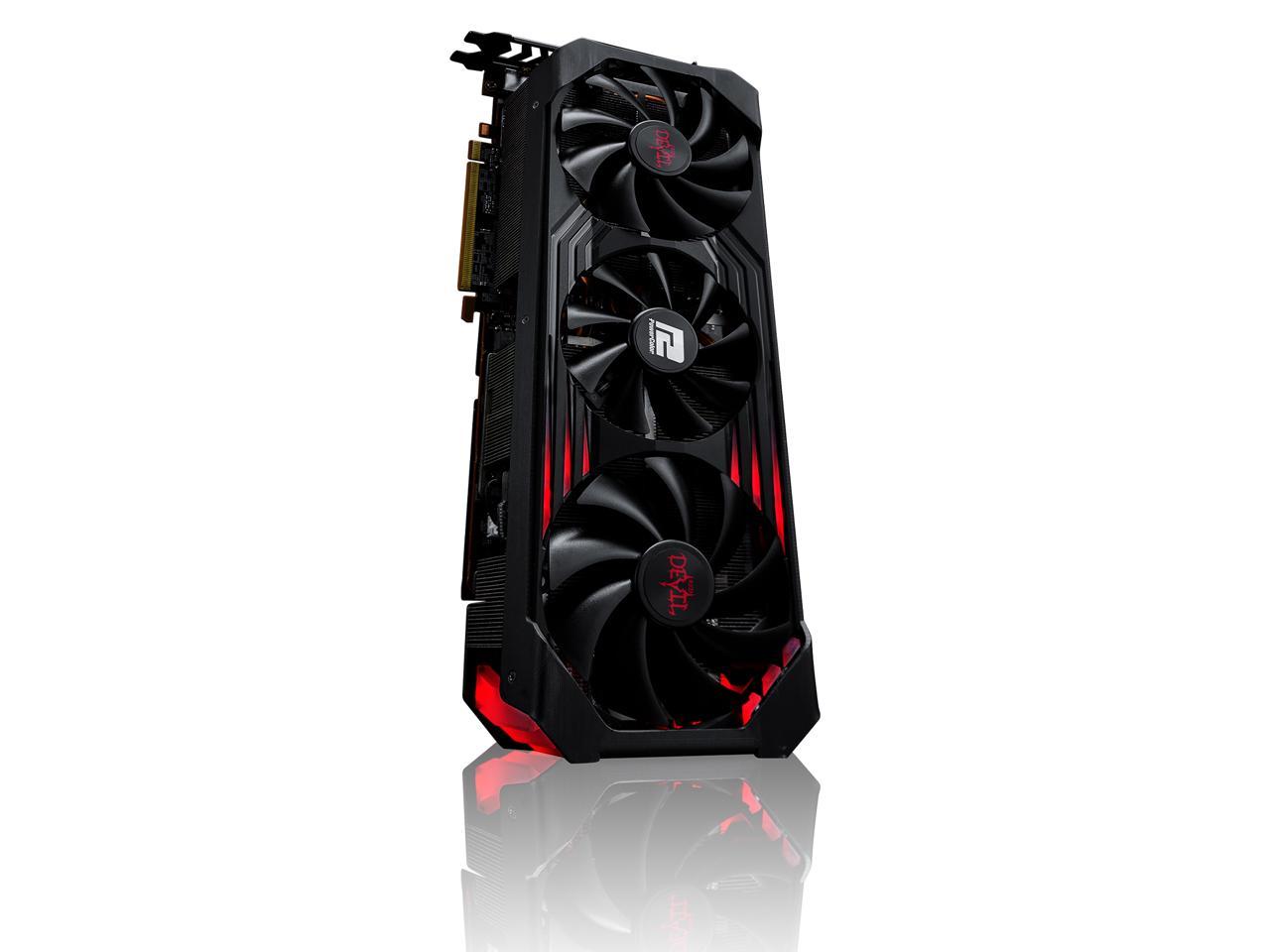 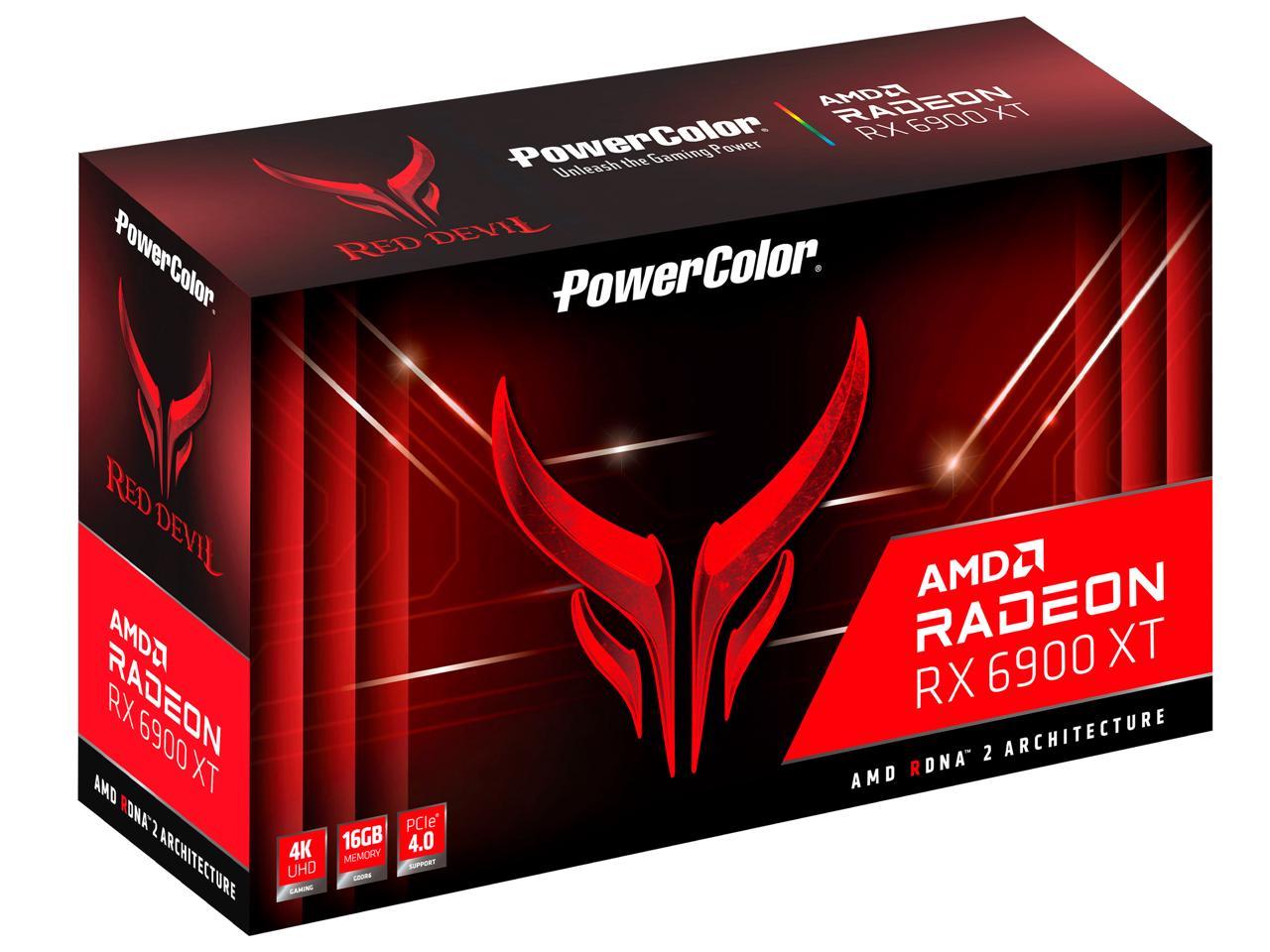 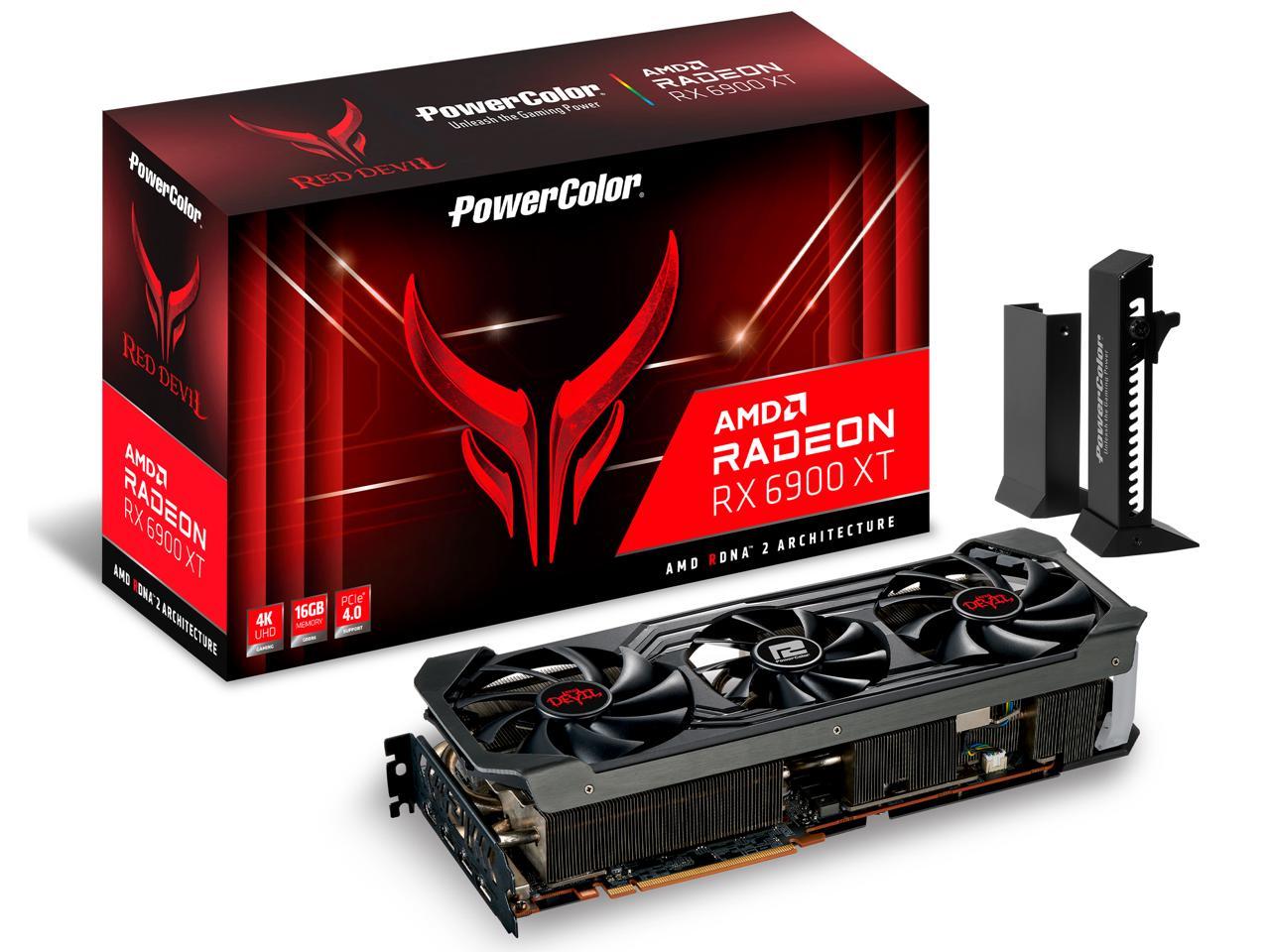 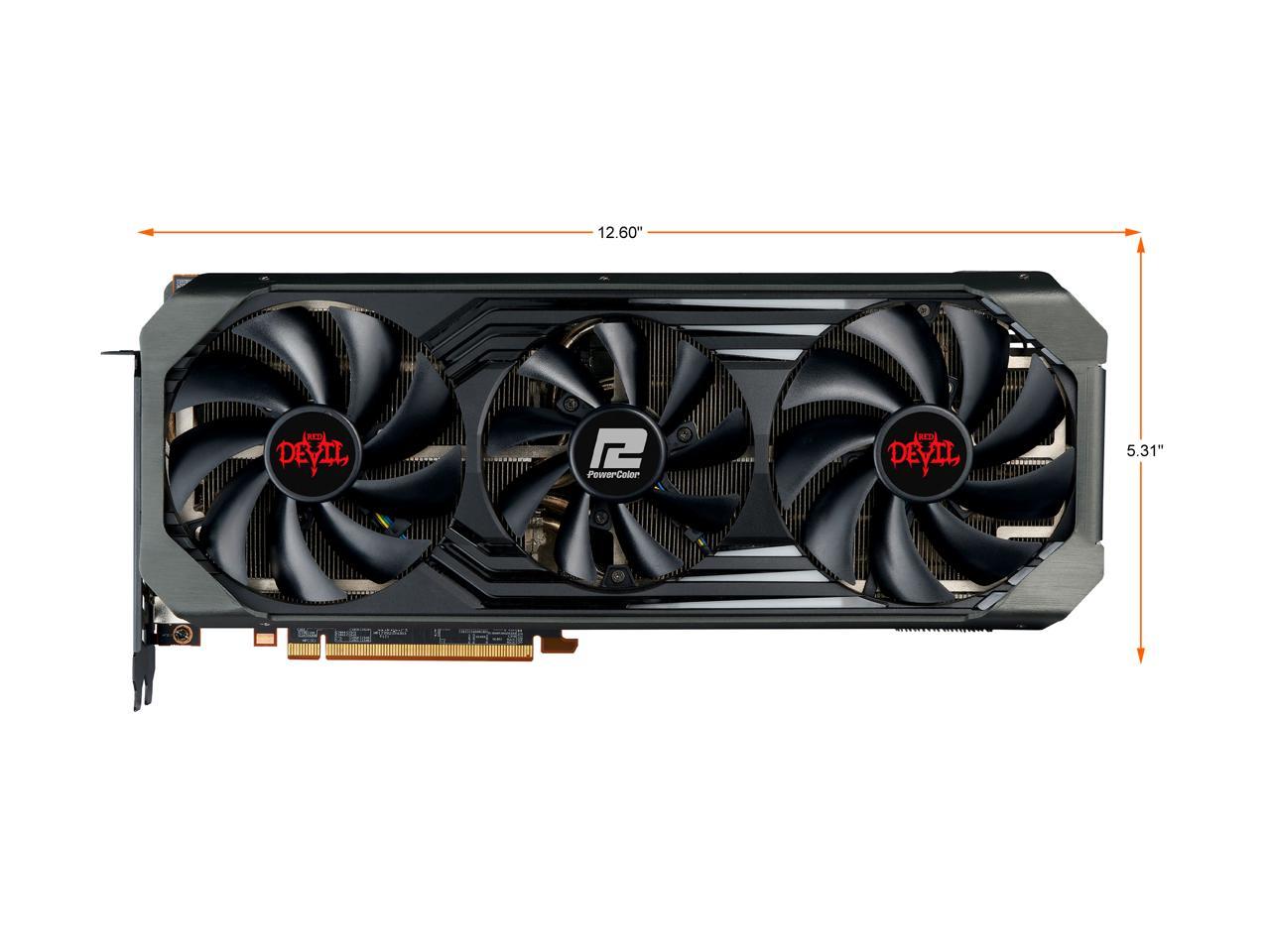 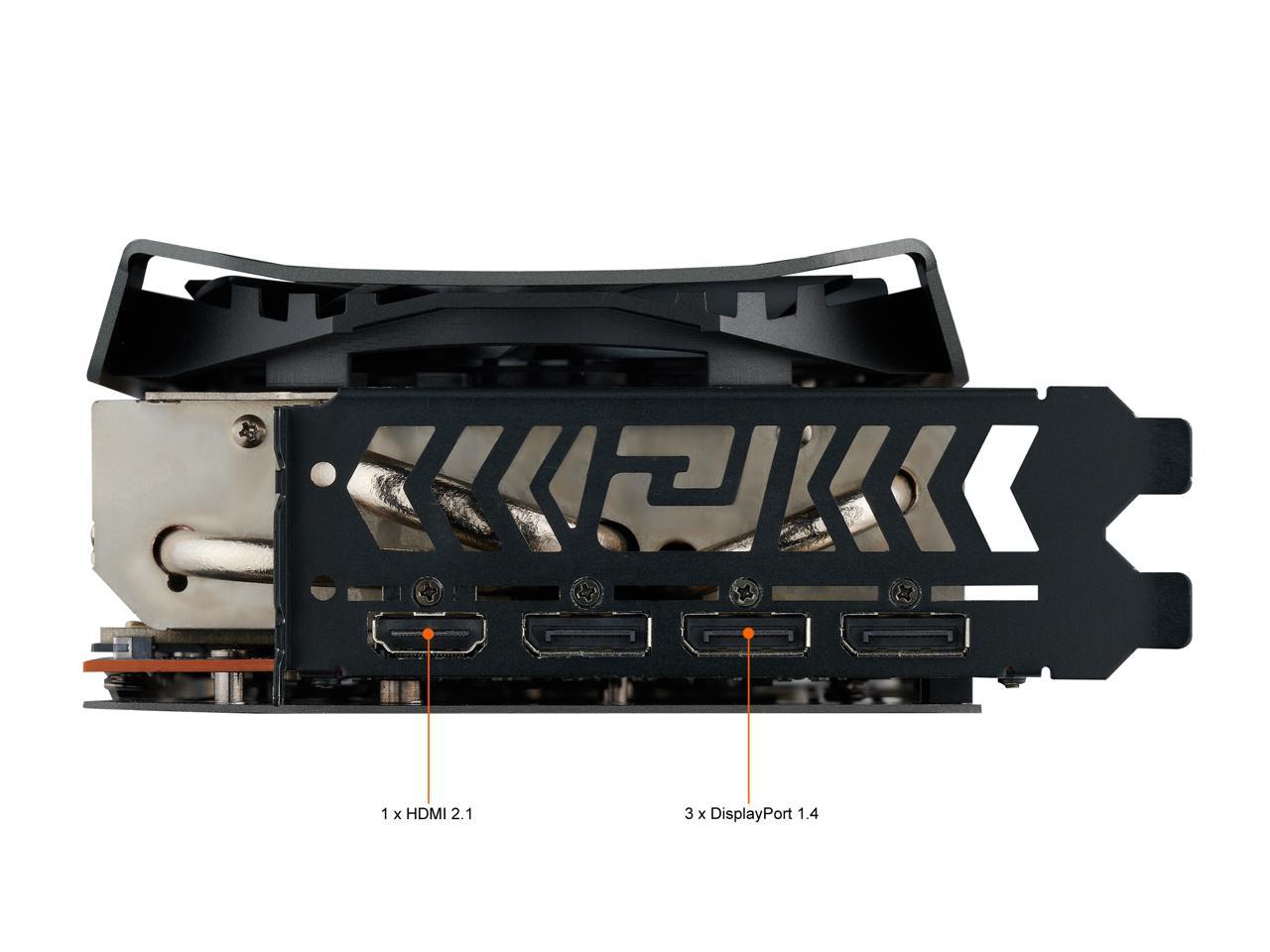 Cons: - I knew it going in but it does need at least 850W (900 recommended) but I recommend 1,000W PSU. 3 8 pin connectors makes it a little harder for cable management but still doable. = It is BIG. make sure you have the room for it! 3 slots wide and almost 13" long. - The provided support stand is not great. With most of the real estate on the bottom side of a standard horizontal mounting configuration being taken up with fans there are only a couple of places that the support stand can be placed and unfortunately those places could not work in my case. You must have support under this card! It is HEAVY at 3 slots wide. I was able to get a simple support bar that screws into the back of the case and it is fine but just another expense.

Overall Review: This is a 6900xt and it runs as expected. It is overall pretty quiet but uses a ton of power in OC mode so don't skimp on the PSU. I would recommend this GPU if you don't mind the cost but I think a 6800xt would (if you could get one) be almost as good on most games. I went with a 6900xt because it was available and the 6800xt wasn't. It is a great card overall. The RGB on the Powercolor Red Devil is nice and fits well with the rest of the case it is installed in.

Pros: Quiet and powerful. Absolutely trumps my merc 319 6800xt I had before this. Zero coil whine and overclocks with ease. Very very happy.

Cons: -I can't stand how loud the coil whine is. I'm very sensitive to high pitch sounds and it really gives me a headache. Like the constant high pitch.

Overall Review: Maybe I got unlucky with this one. Also, the seal on the box was opened like if someone has opened it before. Maybe they went ahead and returned it because of the same issue and decided to say that it was unopened.

Pros: super solid build inside out, very quiet, really fast. I am using a Corsair 850W PSU with no issues but I'm not stressing the card beyond factory defaults. If you want to raise power limits, you may want a 1000W PSU. UPDATE 02/11: the card stays below 400W in normal operation, keeping my entire system (Ryzen 5800X) well within 750W max (no overclocking, everything stock), so the Corsair is sufficient. The card also keeps nice and cool during gaming, 50-60C, inside a clean case with good airflow.

Cons: it's not cheap, and, quiet and cool comes with a large and heavy cooler. you'll need space in your case, and the included (or an alternative) support bar.

Overall Review: I think this is currently the best Radeon card.

Pros: - When the games run great, it feels as if I'm running the top games from a decade ago. Superfast framerates, no lag, and with an air cooled system it works great. So essentially all you'd want from a super expensive card, again with the emphasis on when the games run great. - love the default RGB coloring. For a "red devil" product, the sides of the device literally look like glowing red embers, which I dig. - Fairly quiet. I even with graphic intensive games, I haven't heard a whine or much more than the basic fan sound. It doesn't increase. I guess the only time you would care is if you were playing Alien Isolation or another quiet suspense game and heard the slight sound of the fans. It's really not bad at all, and for those type of games I put on headphones to mute out everything but the alien anyways.

Cons: - Can't raytrace with the newest games. Cyberpunk doesn't give me the option to raytrace yet, which was a main reason I upgraded my card. While it performs admirably on most games, not having options that others have kinda miffs me for the amount of money spent. Also with an NVidia card, I had very little game crashes, and with this one it seems more frequent. When it does work, it is phenomenal, so I hope the software catches up to them in that standard. - This card needs a stand, and the one they gave looks awkward in my build. It could have been thinner or even better, one would be better if they made is so you could put it below the card rather than at the end, with more height settings so you don't have to do "close enough." - It's super thick. This went from being able to use my card at the bottom away from the cpu and other hot elements, to having to use the PCI-e slot right next to the CPU, which crowds the whole system and doesn't look good as well as increases heat. Again, the card is well designed so the heat doesn't really increase that much, so it's really just the aesthetics that suffer. - For 1.5K$, it really didn't come with a lot of fun. Even the base model comes with a large mouse pad. This came with a 1x1 inch sticker of the devil logo, access to a website which people could post their builds (I can do that with Reddit), and nothing else. For that price I'd expect a bigger sticker, a mousepad, and maybe some 3d statue of the red devil logo. With the current prices of cards being almost twice what they are worth, the lack of fun that came with unboxing was disheartening.

Overall Review: I would recommend this card if you are like me and stuck with choosing between paying an overpriced 1K for a decent graphics card, and 1.5K for MSRP value for the card because they are in stock or got a NewEgg shuffle availability like me. Otherwise, at the price I got it versus getting an Nvidia card which works 98% of the time, I can't see pushing out the funds for it, especially without the gravitas of extra stuff and the lack of ray tracing support so far.

Pros: - Beastly fast when it works well - Does a reasonable job of tuning power output to performance needs

Cons: - Loud (to be expected, I suppose) - Produces a ton of heat (moreso than expected) especially when under load - Screen flicker - Games crash (even old ones like StarCraft 2) - Something's off with the optimization; even with 100+ nominal frames on Escape from Tarkov and vsync on, I experience stutter beyond what I got on my old 1070.

Overall Review: I wouldn't recommend, as mine's either busted or they're all janky.

Pros: One of the best looking GPUs. Dual bios is a plus. Good temps. Powerful enough to max the framerate on my monitor on most games.

Cons: Very big. GPU sag is real with this one, which is why a sag bracket is included. Instruction manual could be more detailed, particularly regarding sag bracket. Price.

Overall Review: If you have already decided on the 6900xt, this is the one you don't know you need. You won't be disappointed.

Pros: -High frame rates so far in game (about 20-50 more than my previous 1080ti in Path of Exile maxed at 1440) -Stays reasonably cool -Fan noise is relatively low -Easy RGB integration with the power color software (I use an msi board)

Cons: -That price (thanks 2020) -My card has some significant coil whine when I start gaming. It tapers off after about 10-20 minutes, but that first chunk is migraine inducing. Your mileage may vary -Crashes, but I'm more inclined to blame that on Radeon software and conflicts with my overclock than the hardware -This is a chonker of a card, so make sure your case has the room for it and your case can brace it or has room for the included brace

Overall Review: This was NOT a smart purchase. This was very much a "my old card died, I'm not buying from scalpers, this is what I could get, and 2020 was a dumpster fire, so heck with it I'm treating myself." That said, if you want a beast of a card, you don't mind the driver bugginess, and you can match the price of the card in a donation to a deserving charity because Seriously, people need help right now, enjoy! But do not buy this card unless you are Sure that this is the card you want or price to performance is utterly meaningless to you. In a perfect world, I would have gotten a 3080 or waited for the RX 7000 series to let AMD work the kinks out. But that's not the world we live in and I could have done a lot worse.