UNAVAILABLE FOR SAUDI ARABIA Shipping Limitations
Sold by: Newegg
Shipped by Newegg
This item is currently out of stock and it may or may not be restocked.
UNAVAILABLE
Add To ListFound on 56 wish lists 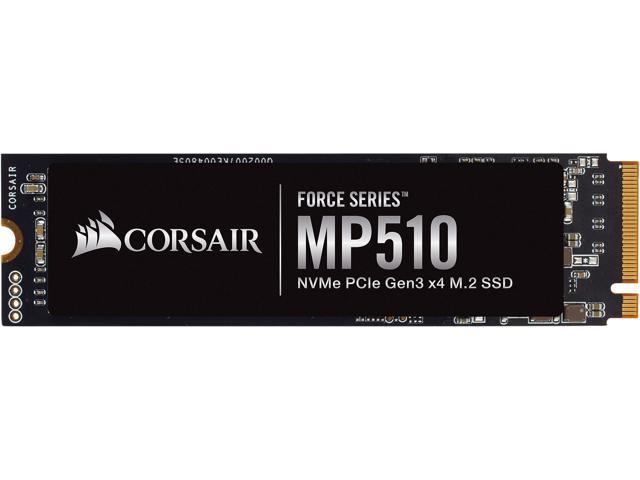 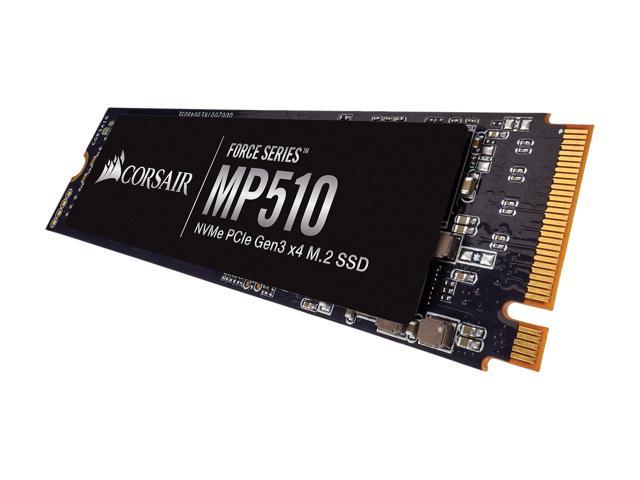 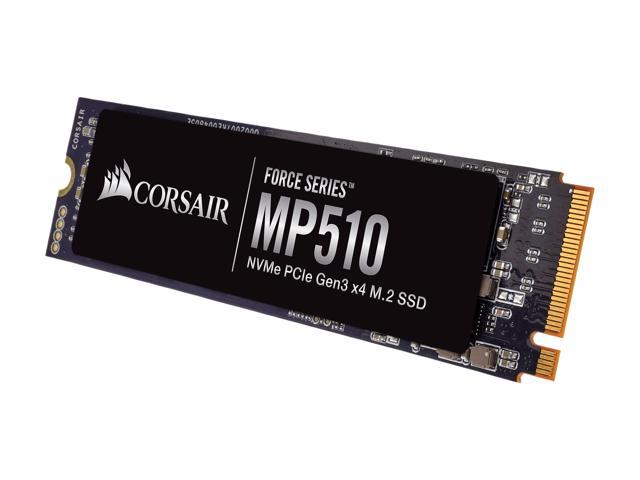 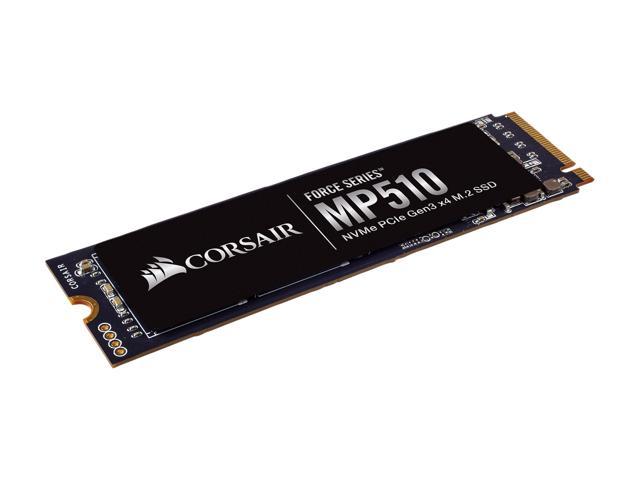 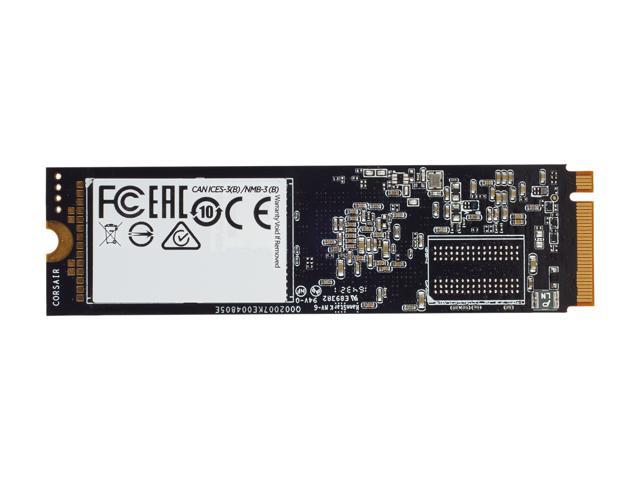 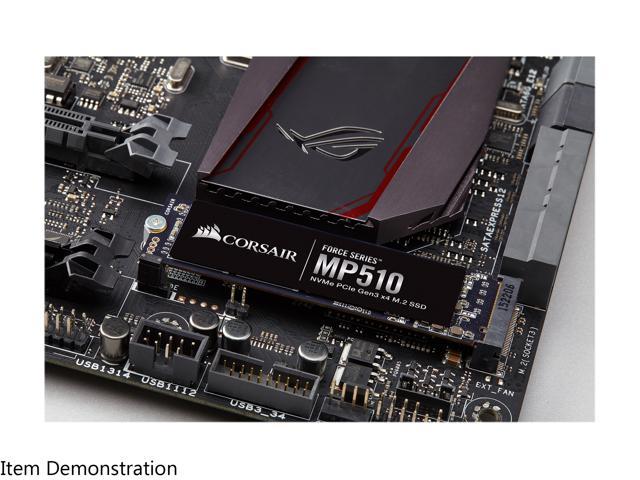 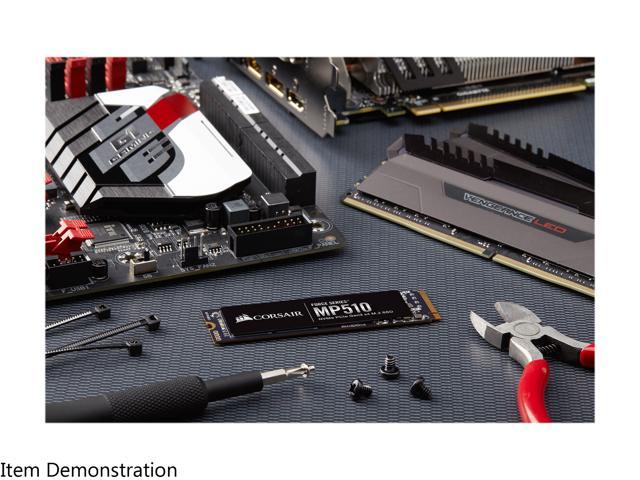 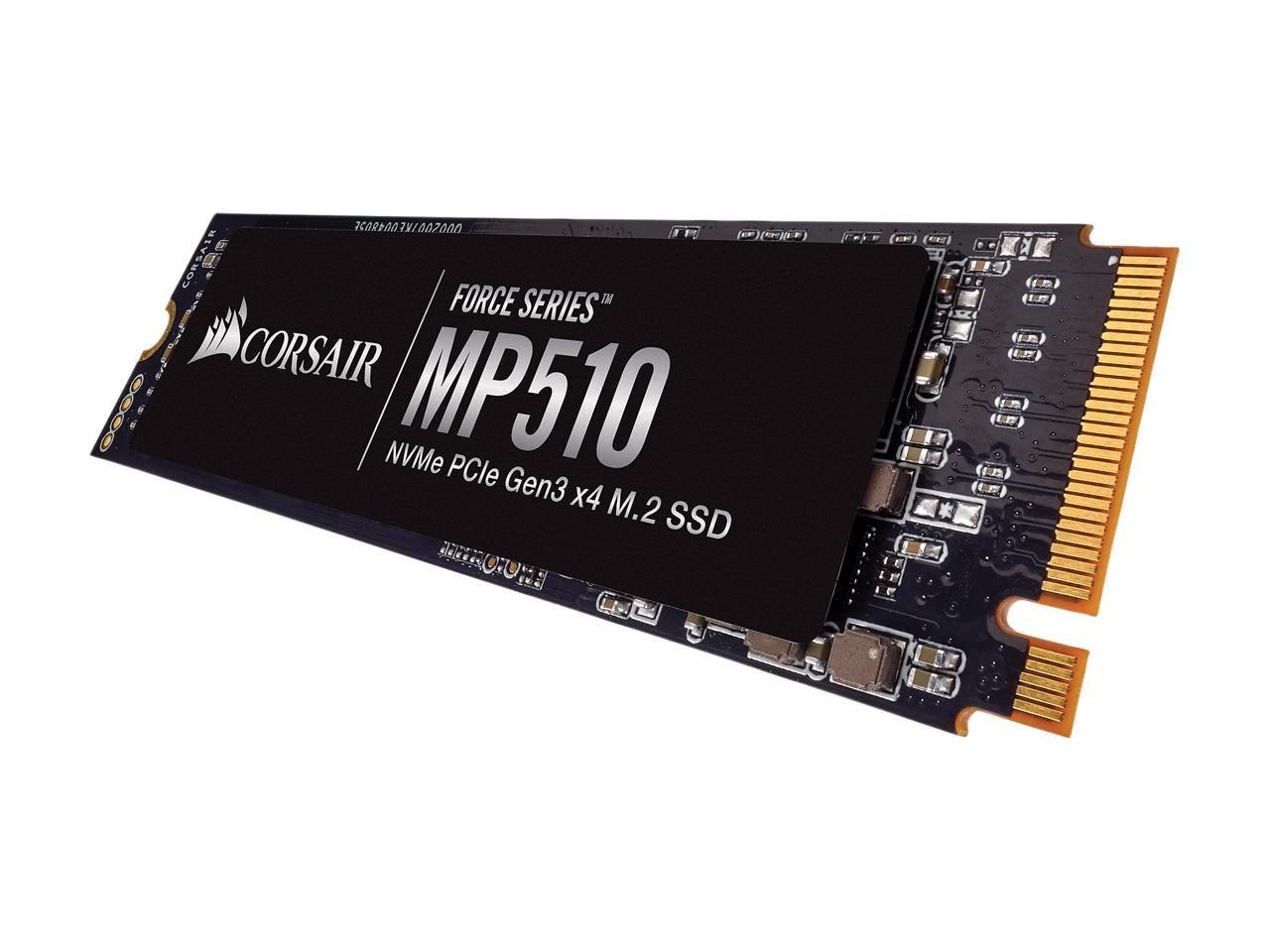 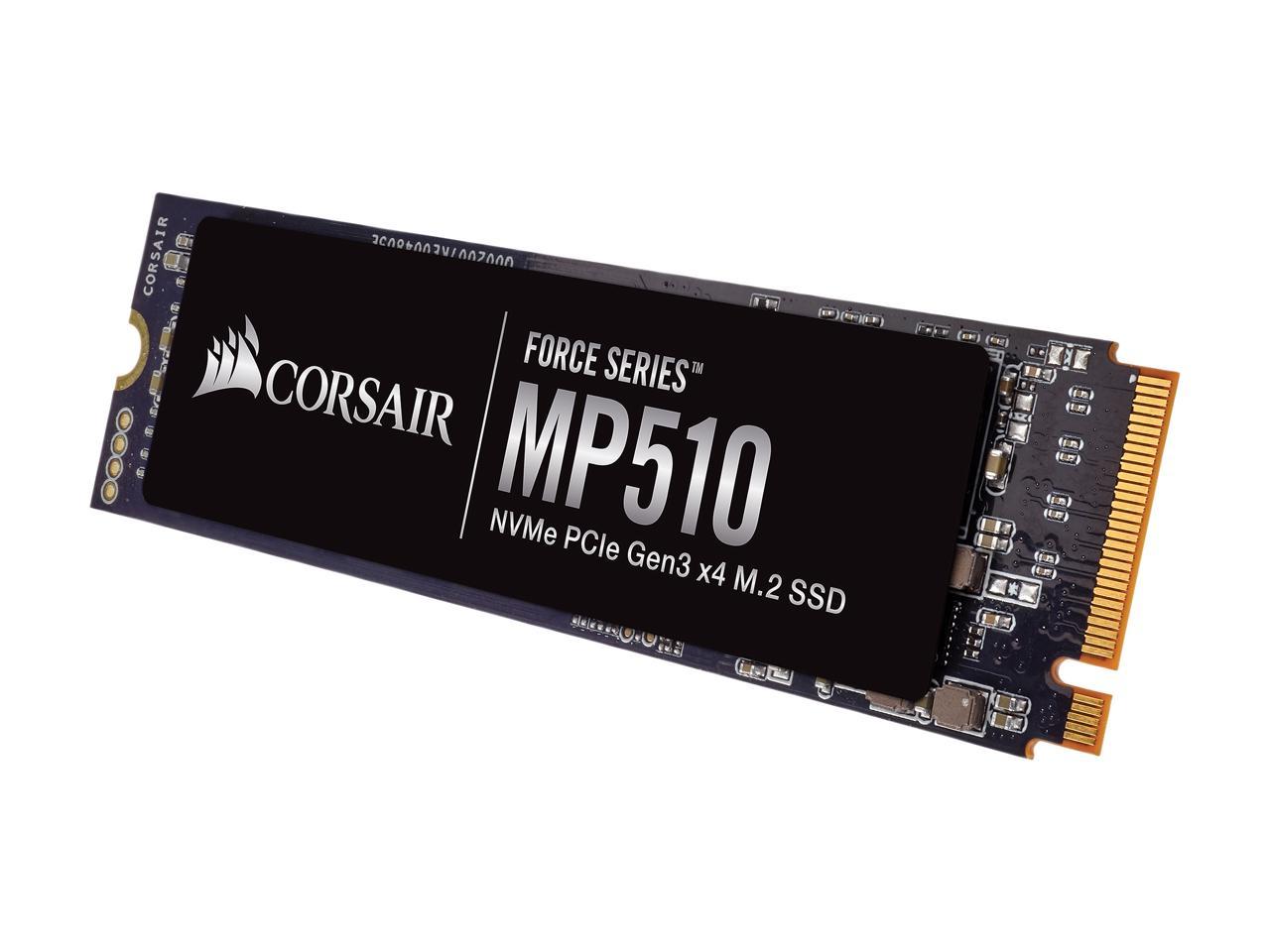 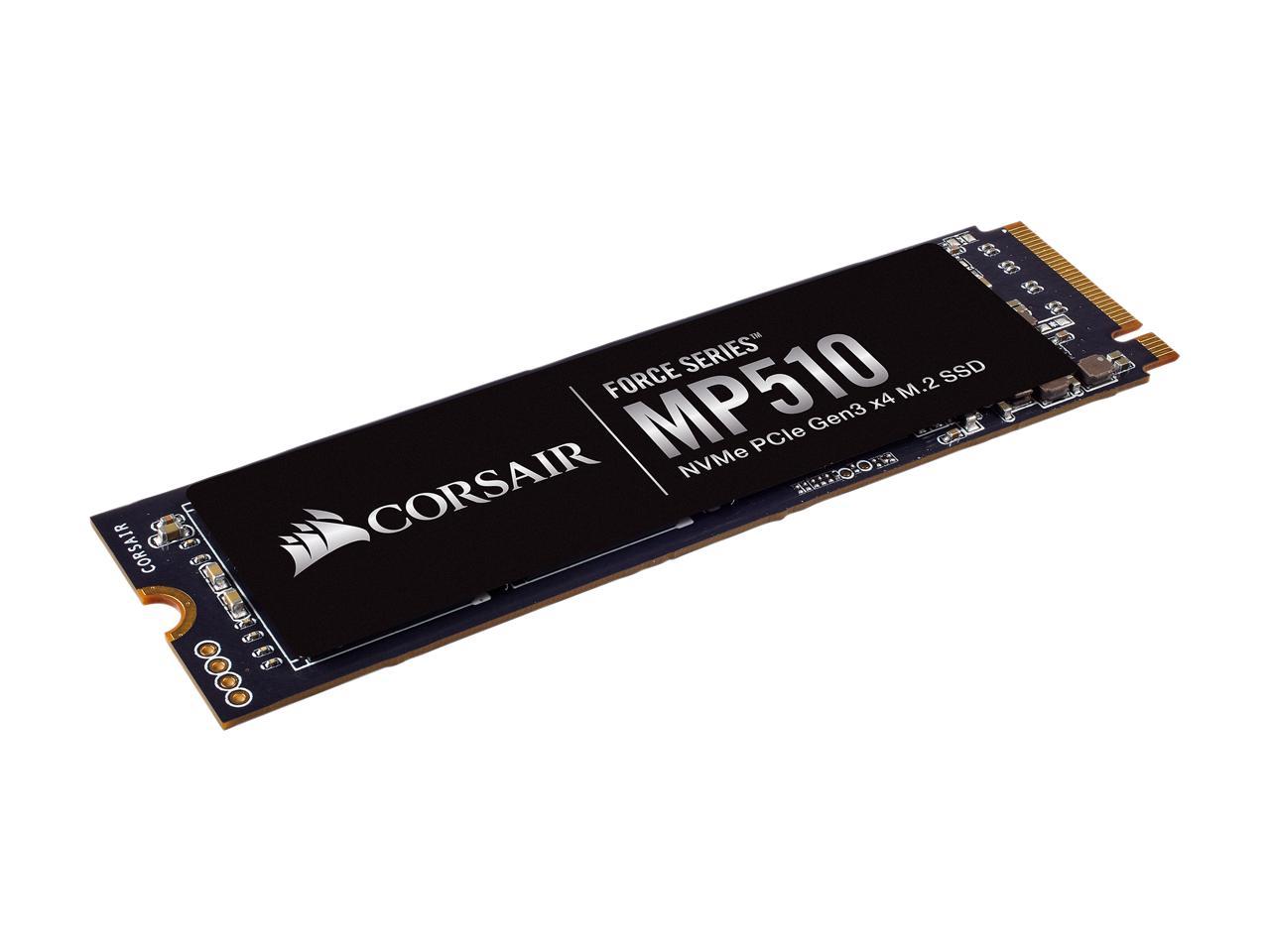 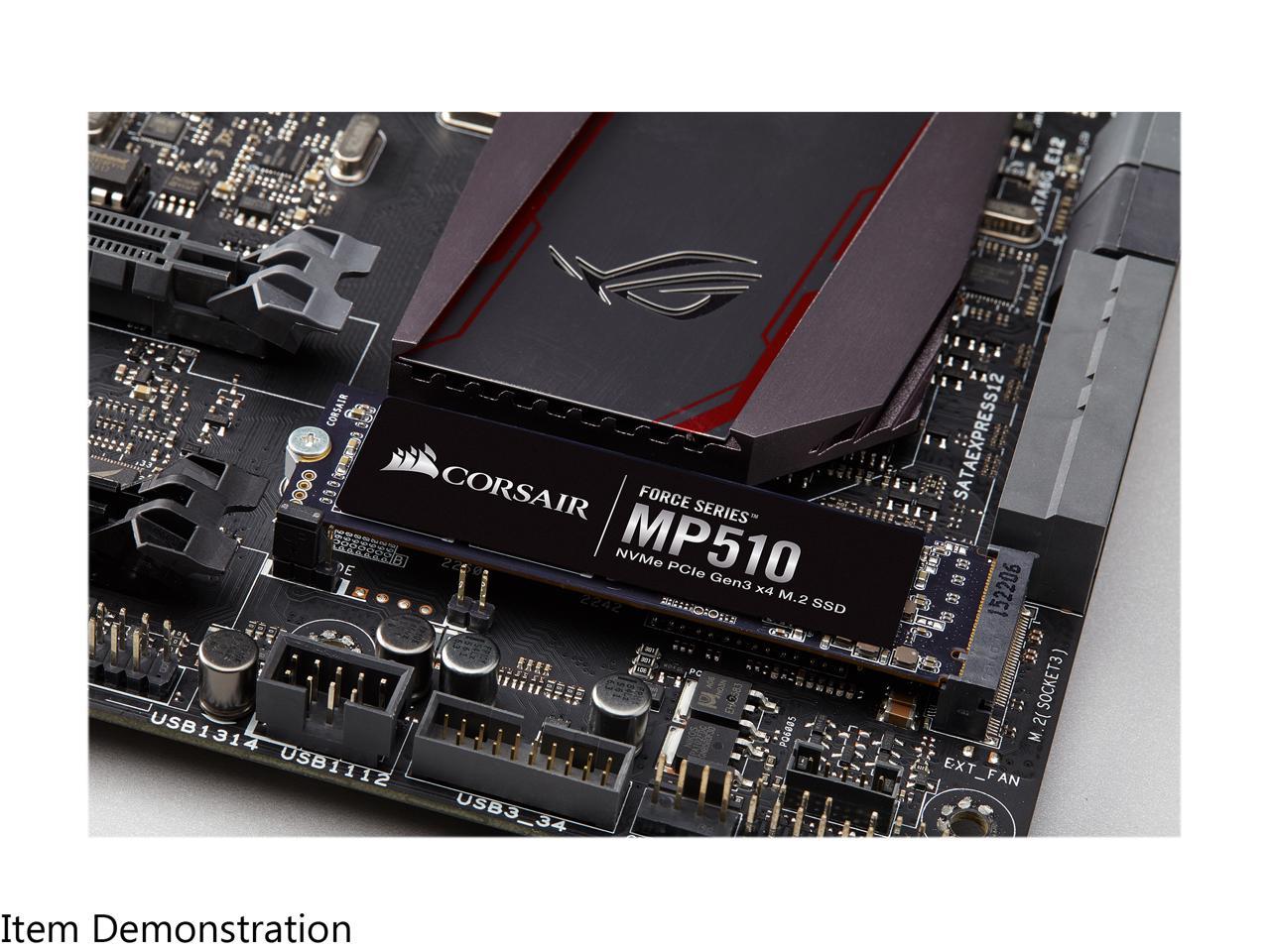 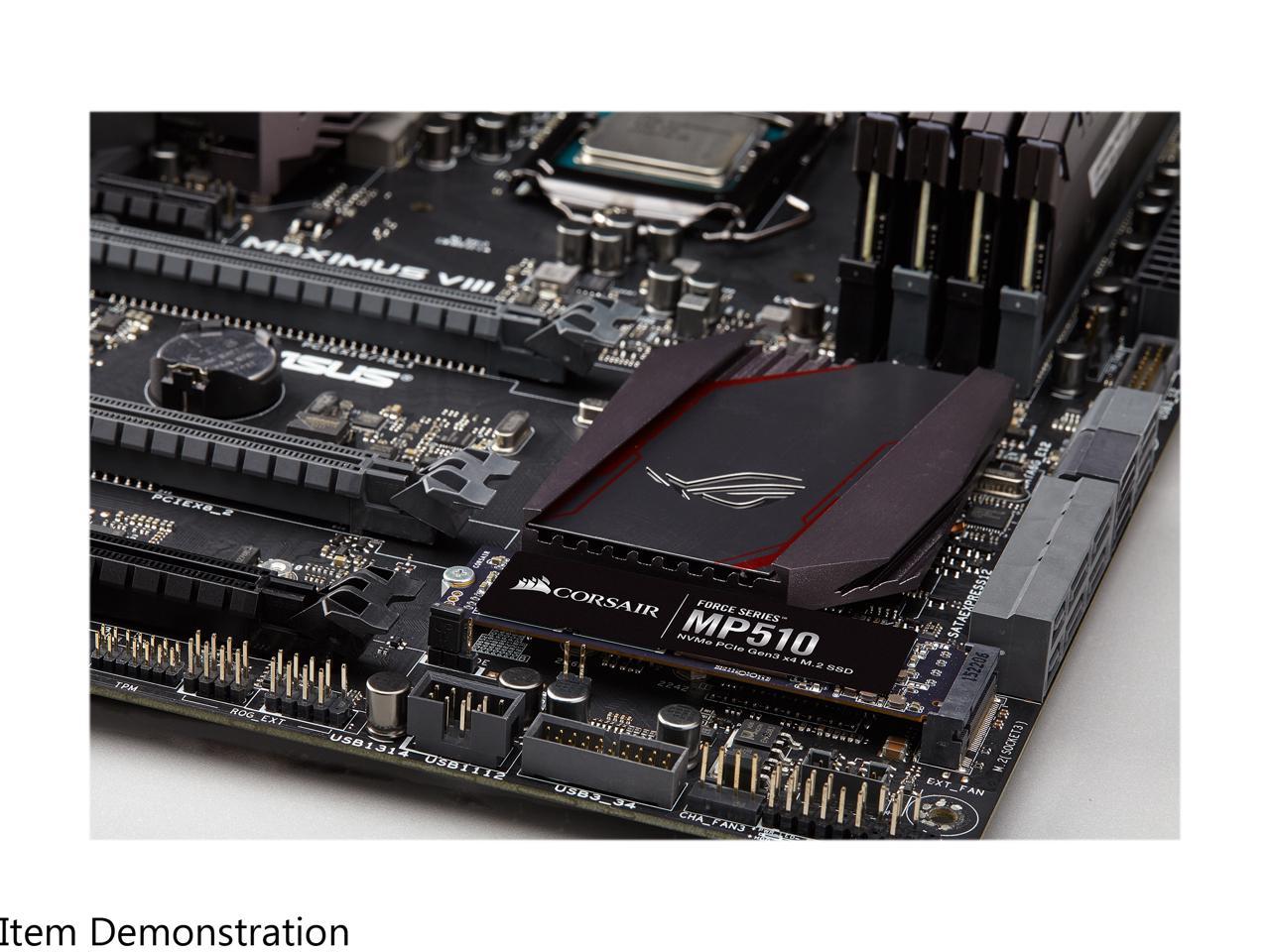 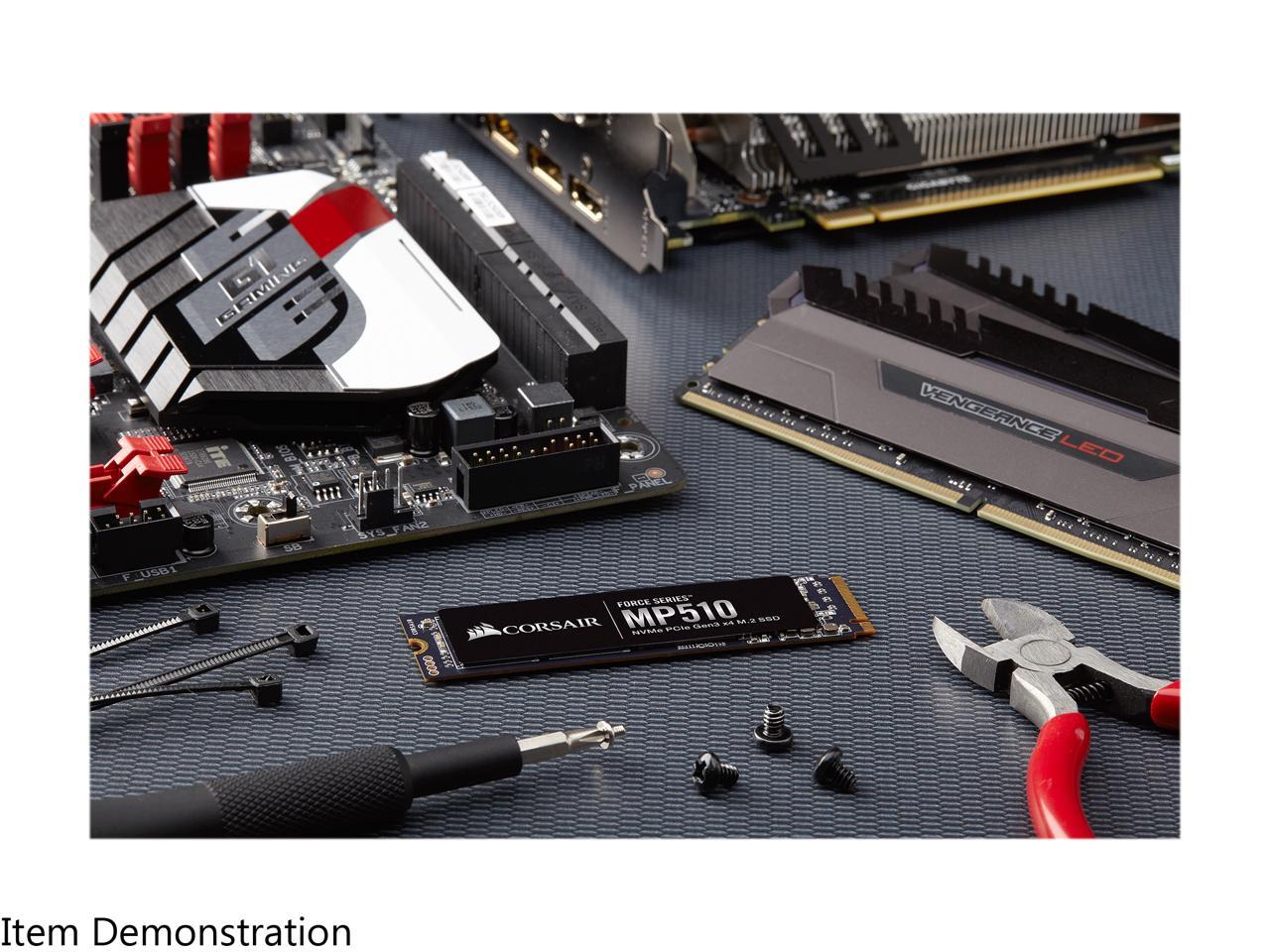 Learn more about the Corsair CSSD-F960GBMP510

Pros: Very very fast, I used to think that SSD's where amazing and now that I have an M.2 drive for booting I can never go back. Boot speeds, performance speeds, and general file transfer speeds are amazing on this device. I used to see performance issue before with SSD's while I was encoding videos or just transfer files around in general. Though with this M.2 drive my drive speeds are no longer an issue at all.

Cons: None that I can find so far

Overall Review: I would recommend Corsair M.2 drives to anyone not only because of their speeds but Corsair has always made good products and I've never had a bad customer experience yet with them. Overall I am very satisfied with this drive and its speed consistency during long or large file transfers.

Pros: This is an excellent SSD for the money especially considering the life expectancy and the speed. I compared many SSD's before buying this one, and as far as I was concerned offered a lot more bang for the buck than any others that I researched. No heat sink on it, just one of my case fans blowing towards it, and it idles at about 39-40C. During a backup with heavy reading, it went to 51, but came right back down to 40 in just a couple of minutes. It is set to X4. I have an Asus Maximus IX Code mobo with the "armor" on it, and Asus phone support said to leave the access cover off after installation, but their email support said to put it back on. For anyone having one of these boards, I recommend leaving the cover off as it is just plastic and will obviously trap heat since it sits right down on top of the SSD. IT IS NOT PART OF THE HEATSINK FOR THE PCH AS SOME AT ASUS SAY! Just make sure you have good airflow over the SSD, and you will be fine.

Overall Review: Would highly recommend this SSD and Newegg. I have purchase many, many items from Newegg over the years, and have not been disappointed yet.

Overall Review: Fast, very reasonably priced, would buy again. Coming from a standard HDD this thing is like night and day. Had to reinstall windows but that's my fault. Highly recommended to anyone wanting to upgrade to an SSD.

Pros: Small and reduces case clutter to use these types of drives .. Fast and well priced for comparable performance

Overall Review: Considering its speed I think this is a great choice compare to more expensive and little cheaper ones . Great performance , great capacity and great value I d say . Thank you Newegg for good and timely shipping also .

Pros: -price to performance ratio is insanely good -just as fast as the 970 evo and pro lines and the sn750 but for a fraction of the price -oustanding random 4k iops -buy when when you can because there seems to be a short supply of these -corsair hit the bullseye with these!

Cons: the mp600 line should be coming out soon, and even faster than these. but i couldn't wait to upgrade.

Cons: still some optimization left for Phison/Corsair to tweak the controller. during heavy copy and folder duplicate instances, the speed tends to hover up and down. but the latest 12.2 firmware is already proving to be an improvement over the earlier versions in the early reviews.

Overall Review: i first tried Intel 660P because of the unbelievable price, but ultimately couldn't swallow the performance dip after SLC cache runs out. it was painfully slow once after the initial 20~30GB of file transfer when the drive is 65% full. the speed dipped down to 100MB/s, which for me just wasn't going to cut it. i ended up buying the Corsair MP510 after reading all the reviews. with the Corsair and specifically looked for its performance metric for long sustained sequential writes. low and behold, the sustained write holds up quite well after its SLC cache runs out. obviously this doesn't compete with the Samsung EVO/Pro, WD Black alike. but for the price, which at the moment of this writing, is only slightly more than the intel 660P, you're getting a whole lot of sustained write than the 660P. if you don't transfer a lot of files, the 66P might be the best deal, but if you transfer any files larger than 20~30GB at a time, better go with this. the next thing up with better sustained write would be the TeamGroup or the HP950, but both are a lot more expensive.

Pros: Got it on sale for 120. Great price even with next gen around the corner. Installed on Linux with drive encryption for my laptop and it's insanely fast. The only thing faster is optane, but it's a lot more expensive. Everything loads like never before. If you think SSD are fast wait until you try this. Data transfer is great at this price point. No downside to this in terms of the engineering. It's gives the Samsung 970 series a run for the money.

Overall Review: With the tariffs between US and China don't wait for better prices, might be a while until you see these go so low.