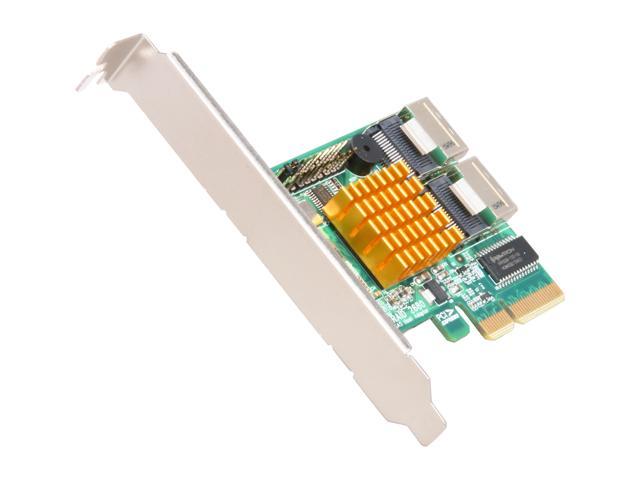 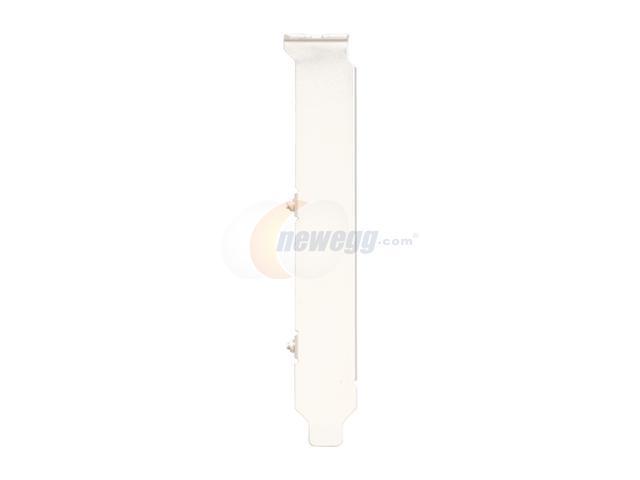 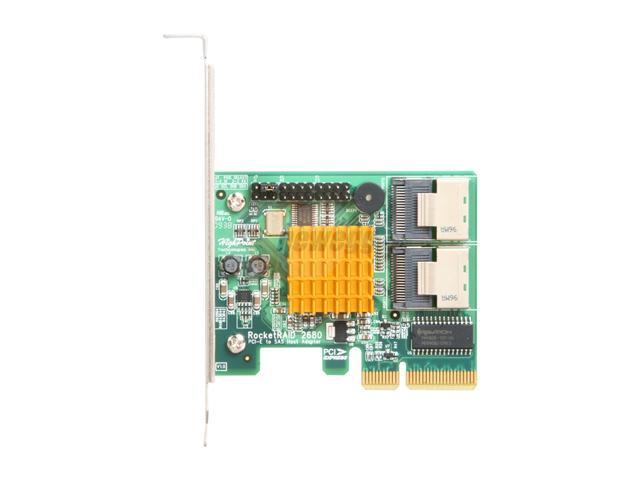 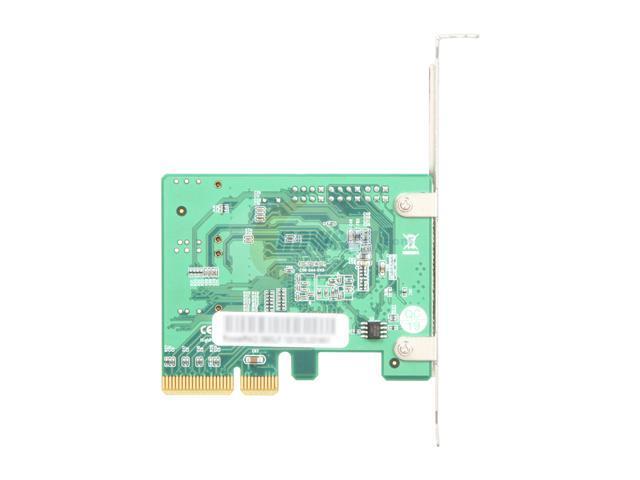 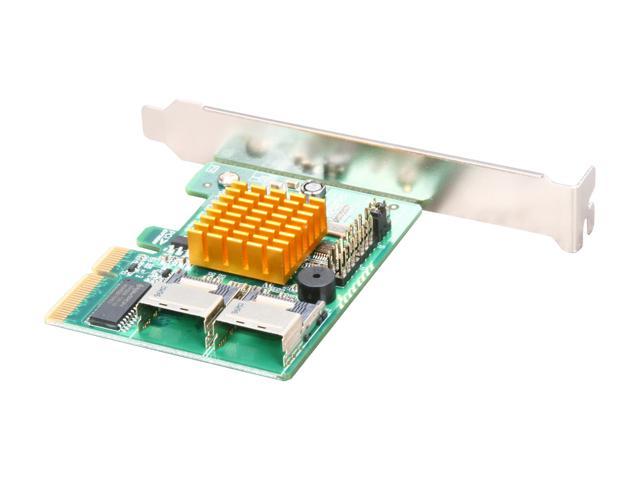 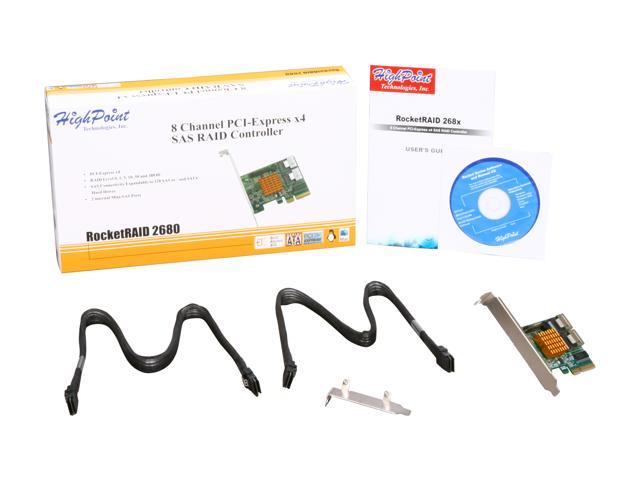 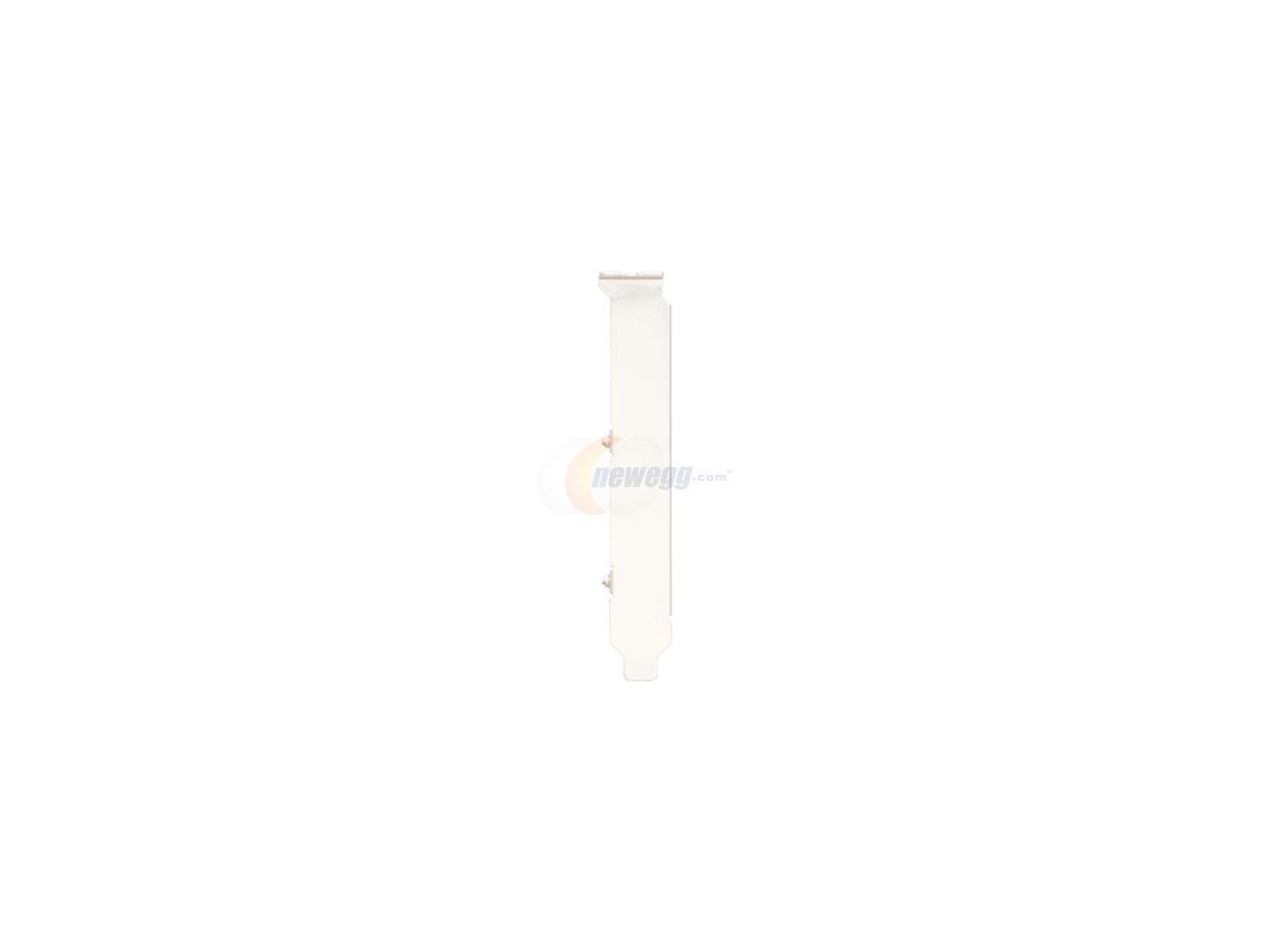 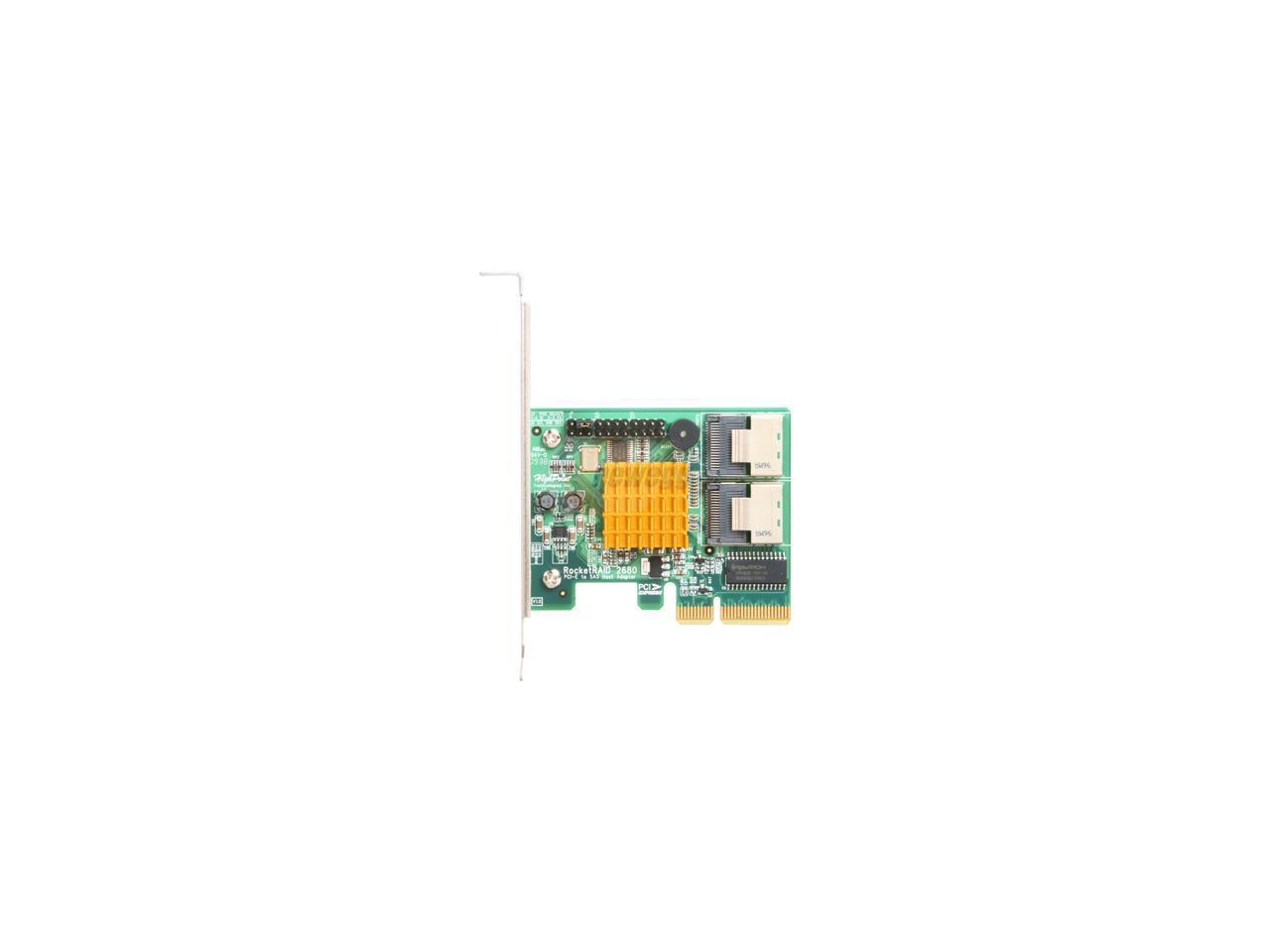 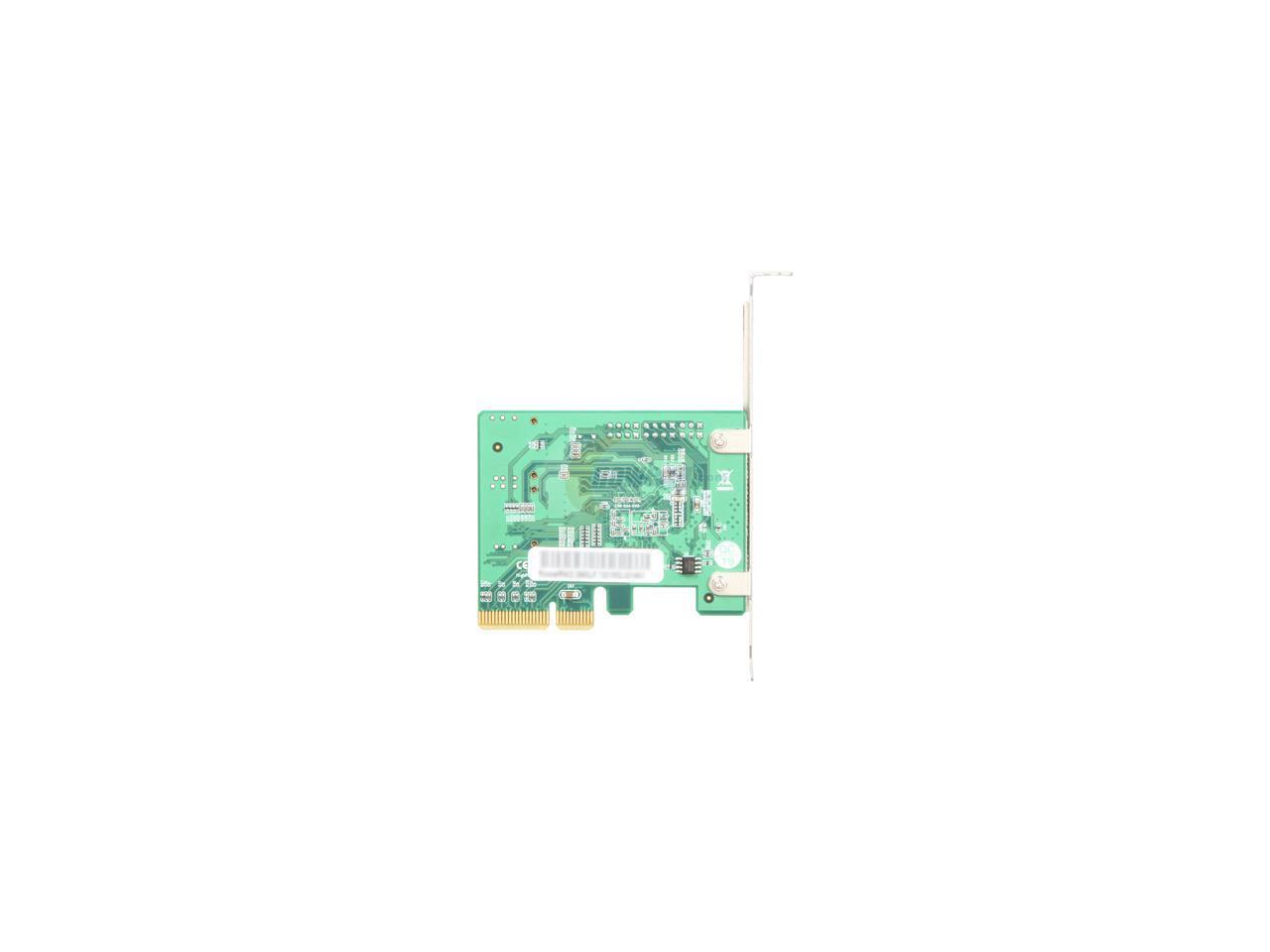 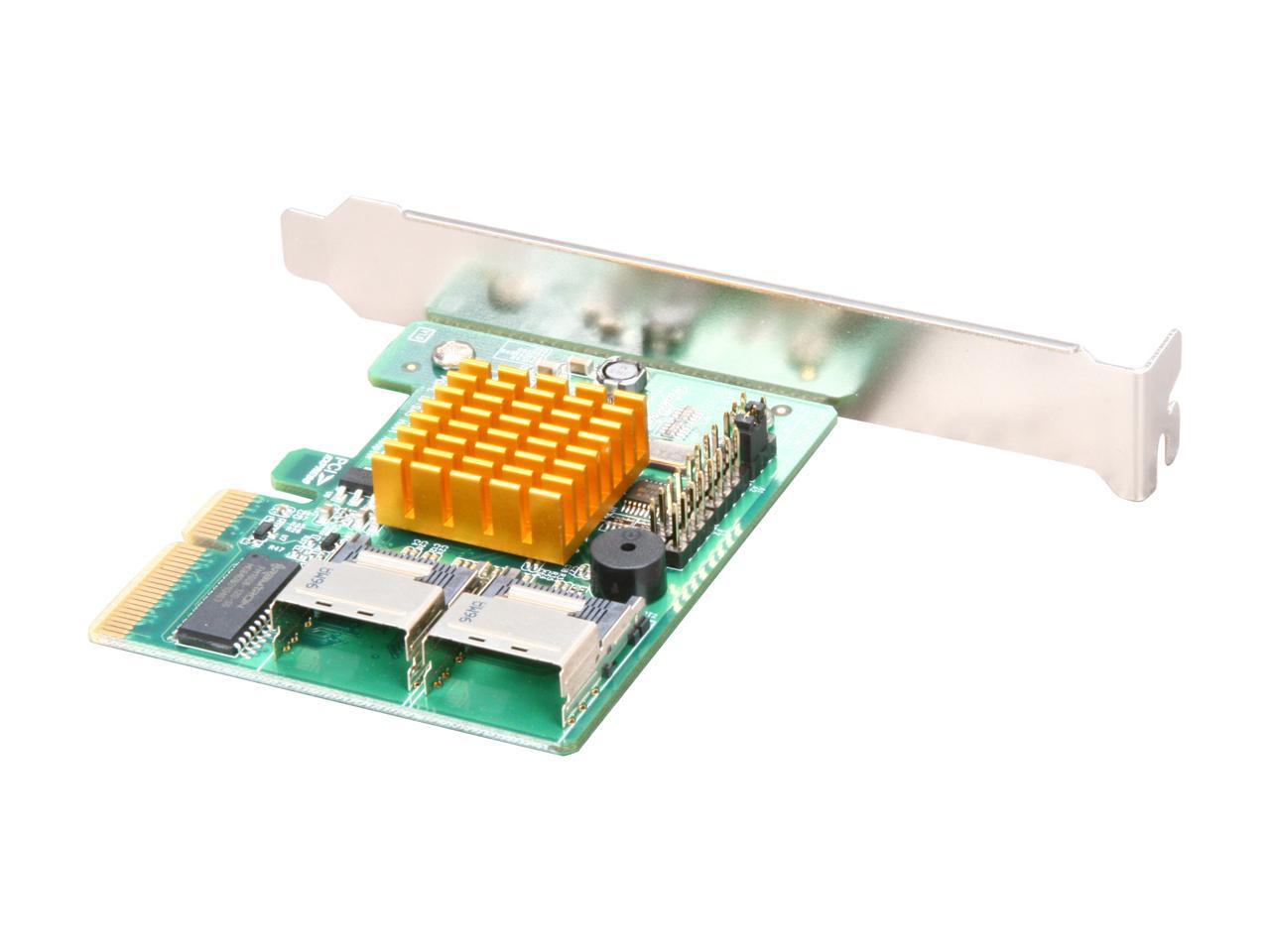 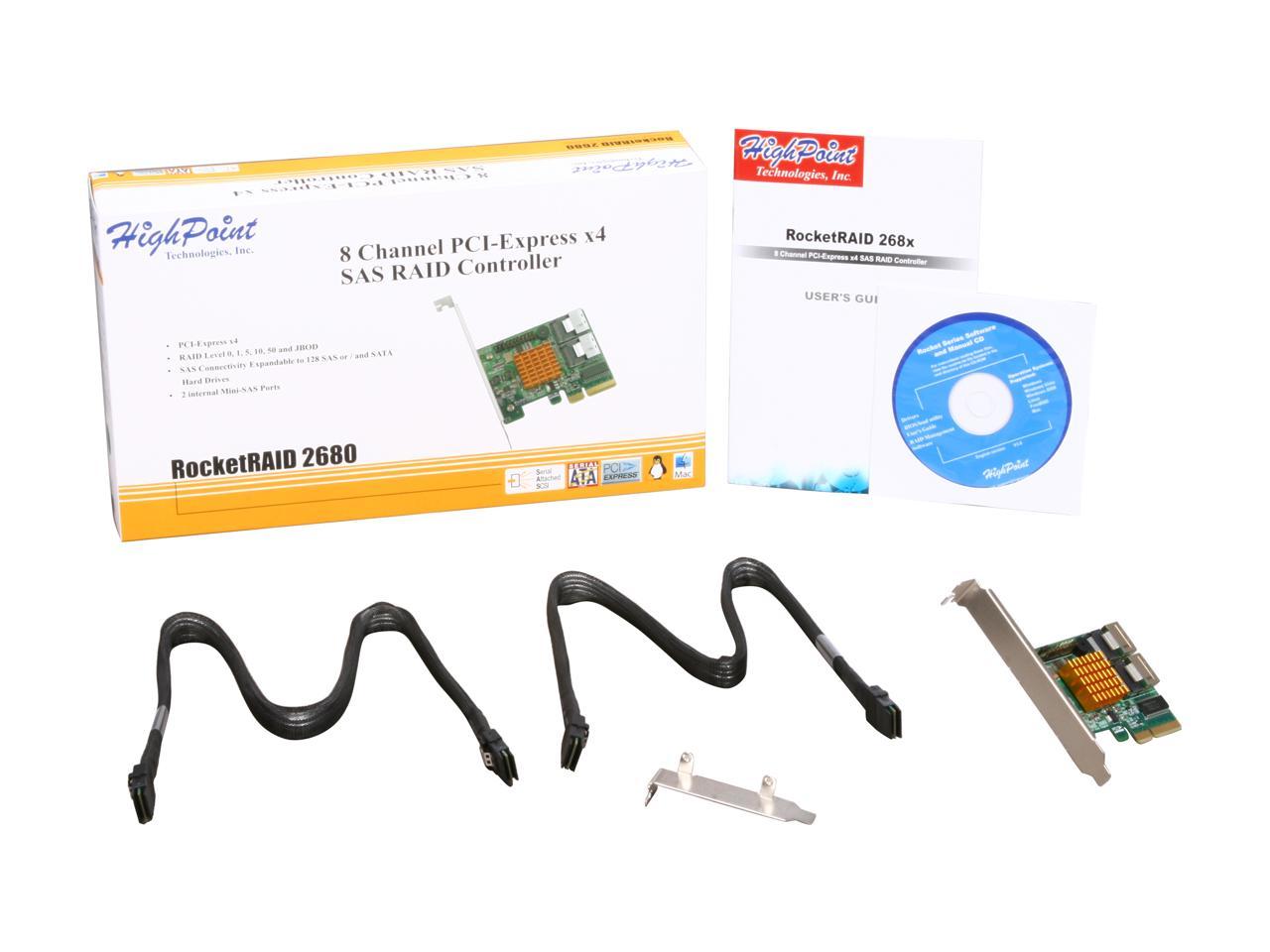 Pros: Eight-drive SATA controller Browser-based management software for easy remote access - Relatively simple web interface - Temp and SMART monitoring Decent array of features for its cost I used XXCLONE to move my data from an old onboard RAID array to the new array. Currently using three 1.5TB Seagate drives (ST31500341AS) in RAID5 along with an older 300GB Seagate running Win2003, all from this controller.

Cons: Controller chipset gets extremely hot. I'm thinking about active cooling for its diminutive heatsink or replacing the heatsink altogether. I understand that some chips have a very high temperature threshold, but I could still see this overheating in poorly ventilated chassis. I think a larger/better heatsink should have been used. I just might have given it 5 eggs with a better heatsink. Not a con really, because it never claims this, but it DOESN'T come with SATA cables. Honestly people, read the description before you buy. SAS is not SATA, and if you think it is then that's your own fault, not HPT's. At its retail $310 CAD, SATA cables probably should be included but at its $160 CAD sale price it's easily overlooked. Purchased my Mini SAS to SATA cables from TMC as Newegg currently doesn't seem to carry any. Purchased the same day and arrived the same day as the card. Friendly customer service. Couldn't ask for more. Worth recommending: http://www.tmcscsi.com/SASint.shtml

Overall Review: THIS IS A SOFTWARE RAID SOLUTION, not some high-end hardware RAID card. You won't get spectacular performance from this but it will be plenty decent. I'd recommend this more for a home-server type setup than for workstation or desktop use. Also recommend this be used with Windows over Linux. Integrated (ie. motherboard) and expansion (ie. this card) RAID controllers can conflict with one another depending on the board. Some integrated controllers (technically the BIOS) will not pass control to the card if you are also using onboard RAID. In other cases, onboard RAID will not function with an expansion card installed. I've tested this card in multiple systems with various results. Be aware that replacing an integrated RAID solution or running both concurrently could require some tweaking or migrating your OS from controller to the other. Just throwing that out there. :)

Pros: Works with windows Server 2008, no issues installing drivers or software. Install went smoothly Runs 8 WD 1TB Black hard drives in raid 5 (TLER-on) Low CPU usage ~1-2% on Core 2 Duo E8400 even during a rebuild when adding new hard drives Easy setup of arrays Works in the second pci-e 2.0 16x slot on my motherboard(asus p5n-d) Under a server environment the added time to the PC boot-up is a none issue as a well managed server is generally running 24/7. Iv only had to see the Highpoint bios screen three times over the last 6 months. Once during initial install, the other two when I had to shut down the server to add additional hard drives.

Cons: Haven't encountered any at this time. Been running smooth under 24/7 operation for months. Been very pleased with this product

Overall Review: Been using this product for about 6 months with no issues, started with 4 WD 1TB Black HDD's soon after added 2 more then finally the last 2. Each time additional HDD's were added it took about 15 hours for the raid 5 array to rebuild. Transferring a large amount of files (~250GB) from a WD 640GB Black HDD connected to the motherboard to the Raid array WS08 reports speeds of ~90-120MB/s. Files that I would assume were still loaded in the memory could show ~275-425+MB/s. I have not run any benchmarking programs so I cant give such information just what iv seen through practical usage and what WS08 displays. Transferring a large amount of files to 2 or 3 computers can easily max out my gigabit lan. For what I use it for I cant complain. Also iv contacted Highpoint support a few times over the past few months with some small questions, each time I received a response in a day or two. Granted these questions were nothing real technical or related to the product malfunctioning

Cons: No cache or onboard IOP, RAID 50 is not as fast as it could be

Overall Review: This is an OK card, although the performance I get from RAID 50 is not much better than that from either RAID 5 stripe on its own. Other people have had other results, though, and I have a pretty fast I7 system, so maybe I'm not taking the XOR hits that some are. That being said, you can't complain too much about a card at this price that supports RAID 50. For the people out there who are having boot problems using Highpoint cards alongside an internal ICH RAID: you need to configure the card's bios to stop it from loading into the system bios. Go to Highpoint's site and download the latest bios for your card: when you run the load utility, it will also let you make changes to the card’s bios. Disable 'load EBDA,' and if you don't want to boot from the card, disable INT 13. Highpoint really needs to add something about this to the documentation, as it seems like a very common issue, and I lost a few hairs along the way.

Pros: Smaller card that does not take up space. Stays cool for the most part. Only need two cables for 8 drives.

Cons: None so far. Does add a little time to booting, but my ssd makes up for it.

Overall Review: When i first started transfering all my movies from my other pc the card would crash my computer. Turns out that it was over heating. I switch the lay out of my fans so that i have one constently blowing on it and have not had any issues since.

Pros: This is an update to an earlier review when I only had 1 of these cards. Now I have 3 of them: Works great under Windows XP Pro. Great web interface for administration. Cheapest card I've found that supports RAID 50. Reports individual temperature of each drive. Reports how many bad sectors detected on each drive. Uses S.M.A.R.T. to give early warning if a drive starts to fail.

Cons: No on-board cache. Software RAID. To those who have observed that the controller interferes with on-board RAID arrays. You can configure the card's BIOS, as recommended by the reviewer below, but it's easier to just set up your motherboard arrays first, then plug in the RR2680 and add your new drive arrays. I'm using four old 320GB WD drives as RAID 10 in the first 4 SATA (1.5) slots, and four more 320GB WD drives as RAID 10 in the second 4 SATA (3.0) slots. Although I lose the ability to manage the second 4-drive array during boot up, I can always unplug the RR2680 temporarily if I need to check the status of the array. A bit inconvenient, yes, but I just thought I'd mention it as an alternative.

Overall Review: About 5 years ago I built 4 computers using the MSI K8N neo4 Platinum motherboard because it had dual-Gigabit Ethernet, and on-board support for 12 hard drives (4 IDE plus 8 SATA). I started out with single core AMD 64 3000+ CPUs and later, when the price went down, upgraded to dual-core 4800+. I went through several generations of hard drives (250GB Maxtors - which were garbage - then 320GB Western Digiatal - which were great - and finally 750GB Seagates - which are great but run hot). I thought I'd finally reached the end of life on these machines when I discovered that the RocketRAID 2680 allowed me to add 8 more drives to each machine by making use of the lone x4 PCIe slot that I'd never paid much attention to. Now I have two 8-drive arrays using Seagate 1.5TB drives, and I re-used 8 of the old 750GB drives on a third machine. The 1.5TB drives run almost 30 degrees cooler and are much faster than the 750s. Now I can get a couple more years of life from these great old machines.

Pros: I have two of these each running with 8 Seagate 1.5T ST31500341AS - OEM drives running RAID 5 for a 10.5T array. These ae running on Windows 2008 R2 servers. They are very nice, easy to setup and have a nice set of features. They also store the RAID configuration on the drives not on the controller. So if you have a controller go bad, you can replace it and keep going, without worrying about data loss. The ability to see drive tempature, bad sectors, modify the RAID configuration on the fly via the GUI, E-mail notifications and such are all great features. I highly recommend these controllers

Cons: They aren't the fastest in the world but I can get upwards of 2Gbps (with 3Gbps drives) on some disk actions. The cables are an extra cost but the Highpoint cables are very well made and plenty long enough.

Overall Review: After getting abysmally slow write performance on an 8 drive RAID 5 array, I re-initialized the array as RAID 50, which is essentially two RAID 5 arrays of 4 drives each that are then striped together as RAID 0. The write performance increased dramatically, and the read performance is OUTSTANDING! Was a little unhappy at first that I was losing 2 drives for redundancy instead of 1 as originally planned for an 8 drive RAID 5 array, but after awhile I enjoyed the extra feeling of security. Also, I am not having any trouble with the Seagate 1.5TB drives as reported by other users.

Pros: None at this point. I can't use the card. I'm having to wait for Highpoint to get back to me after registering the fact that their kernel module doesn't work with FreeBSD 8.x. Never anything wrong with NewEgg. This is the vendor's issue.

Cons: Highpoint has been one of my favorites for quality and "bang for the buck". Usually, their cards (I have a 620, that I inserted and worked just fine in another 8.x system) are plug and play with FreeBSD. This one is not. It won't work with the drivers that come with FreeBSD, their site has a driver listed for FreeBSD 8.x but the driver is actually a 7.x driver. I've now had to open an issue with HighPoint... it's been a couple of days and no one has contacted me...

Overall Review: HIghPoint: Do not drop the ball on FreeBSD. I've been working with commercial and Open Source Operating Systems of UNIX and Linux for 20+ years. It's the best for a real server operating system. Don't let this happen again. If you can't spend the time keeping current with their development, spend the money for them to do it. 7.x is going to be EOL soon. 9.0 is coming out in the next few months. 8.x should live for a couple more years.