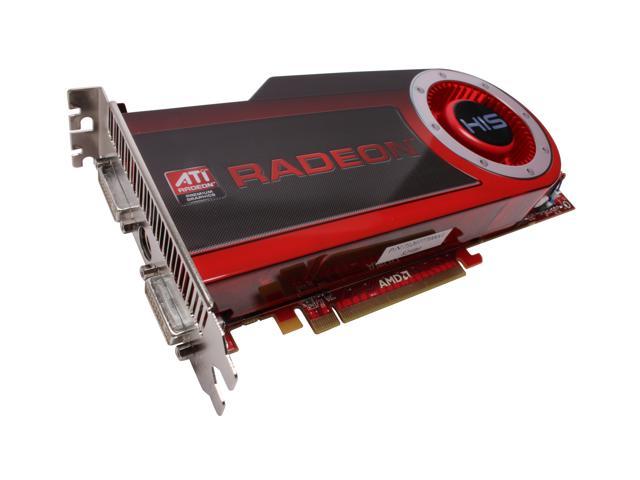 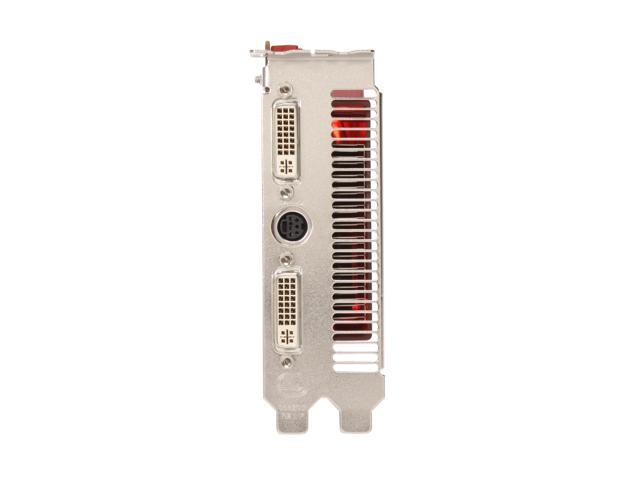 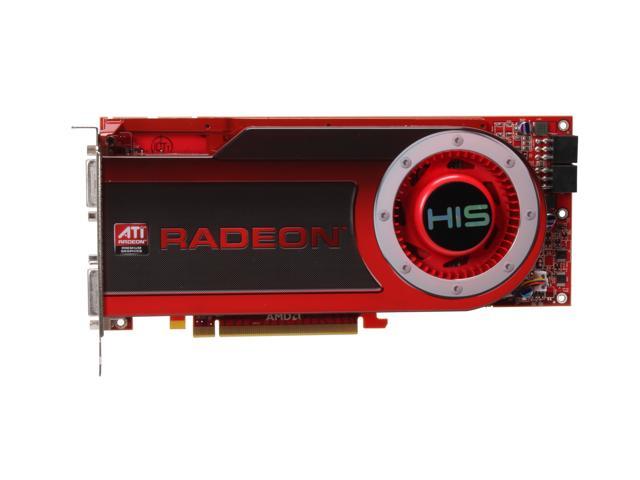 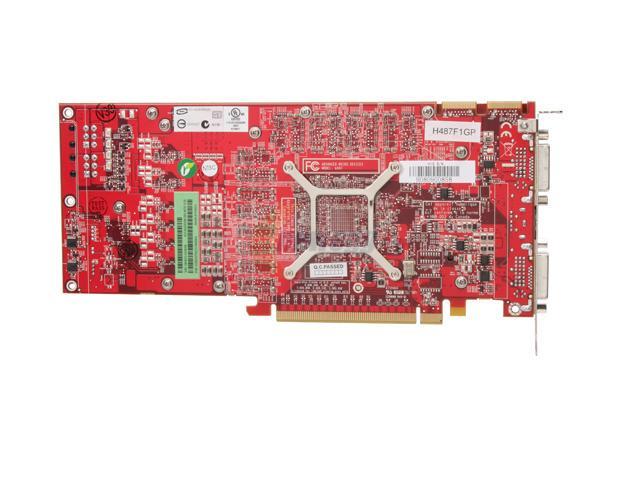 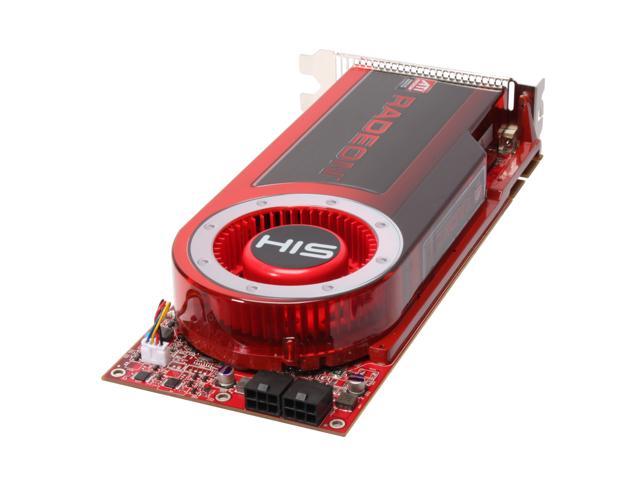 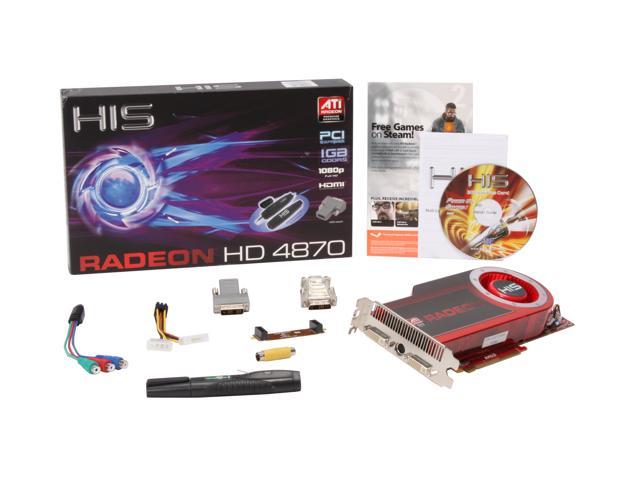 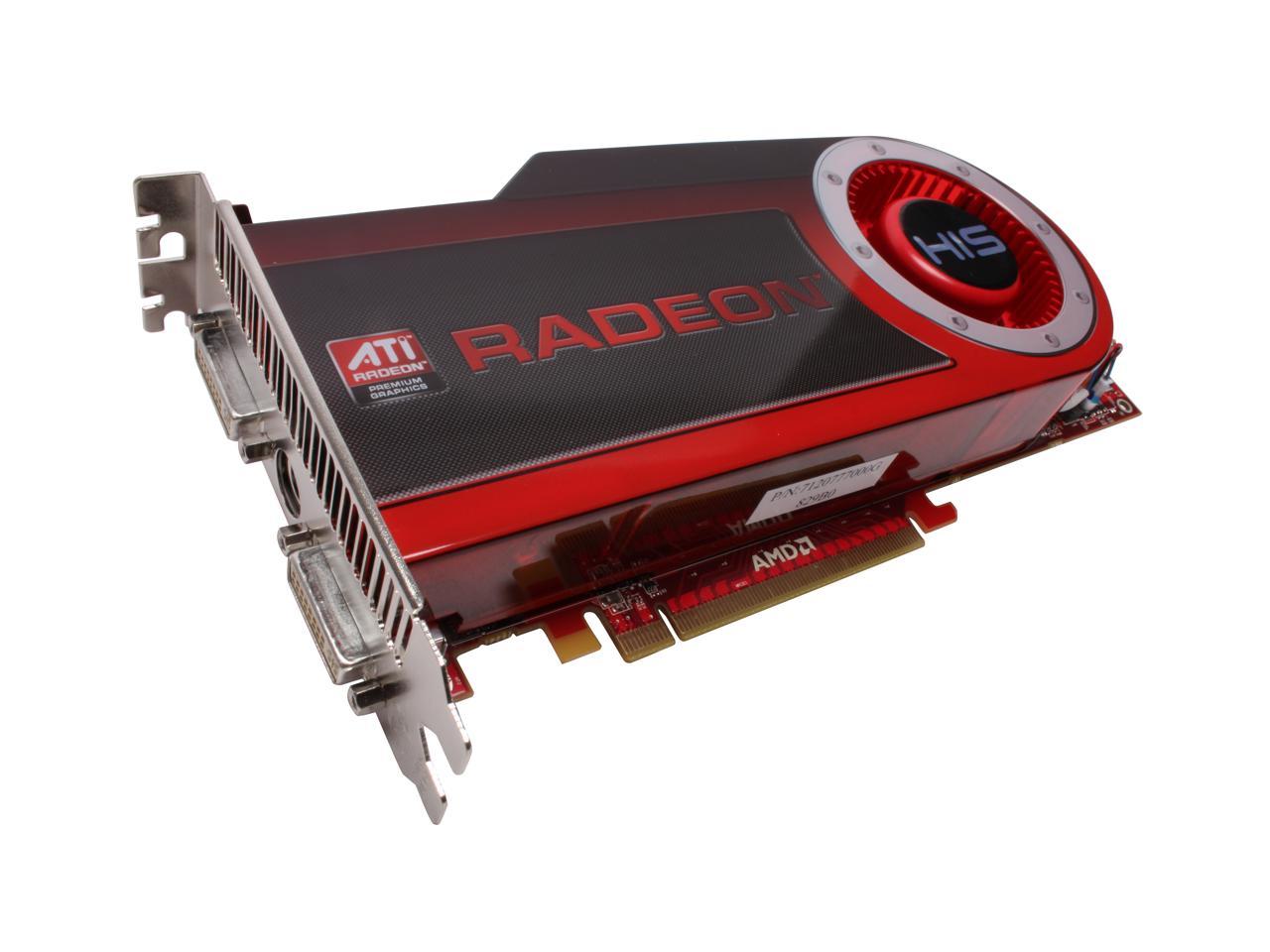 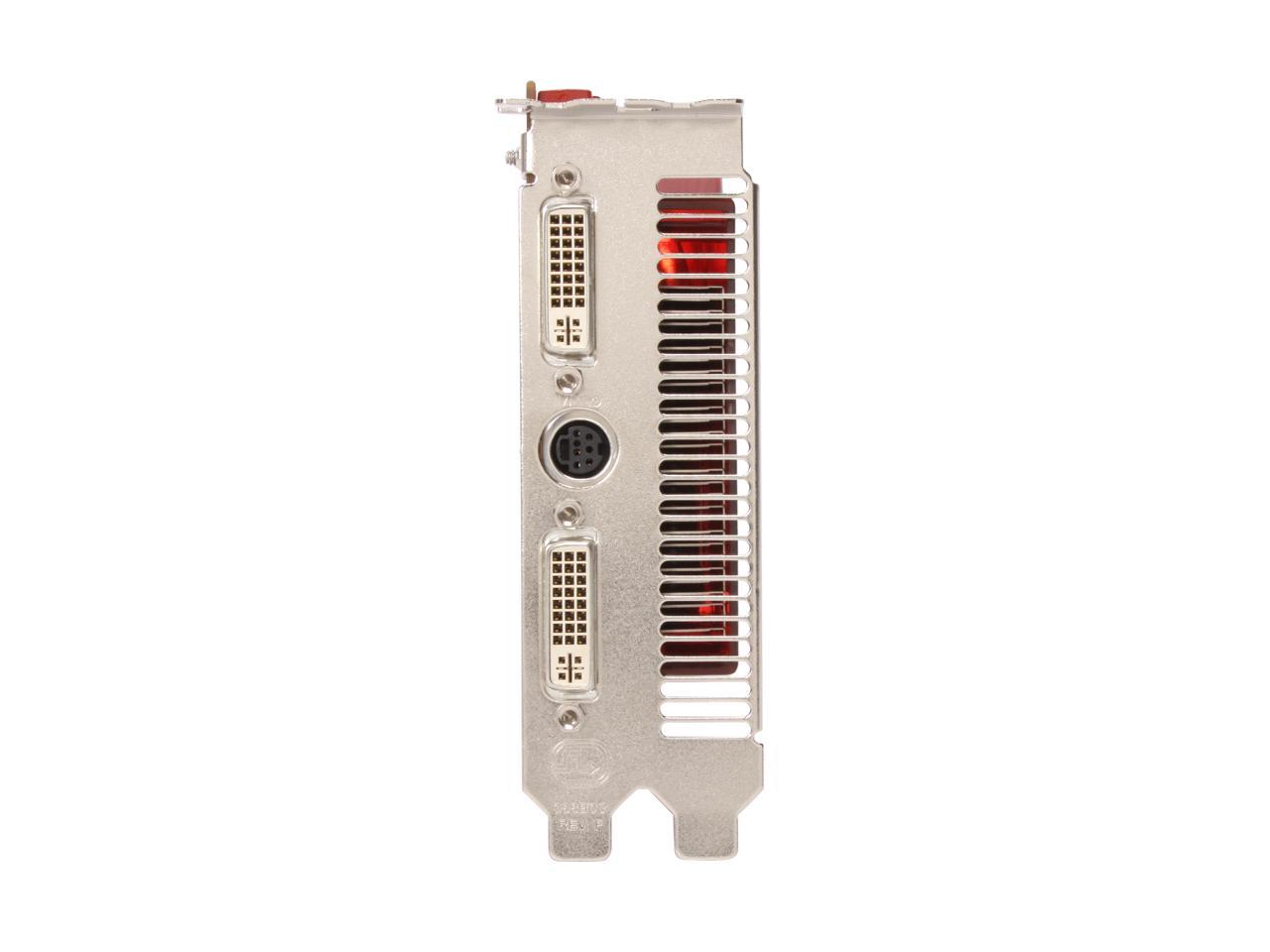 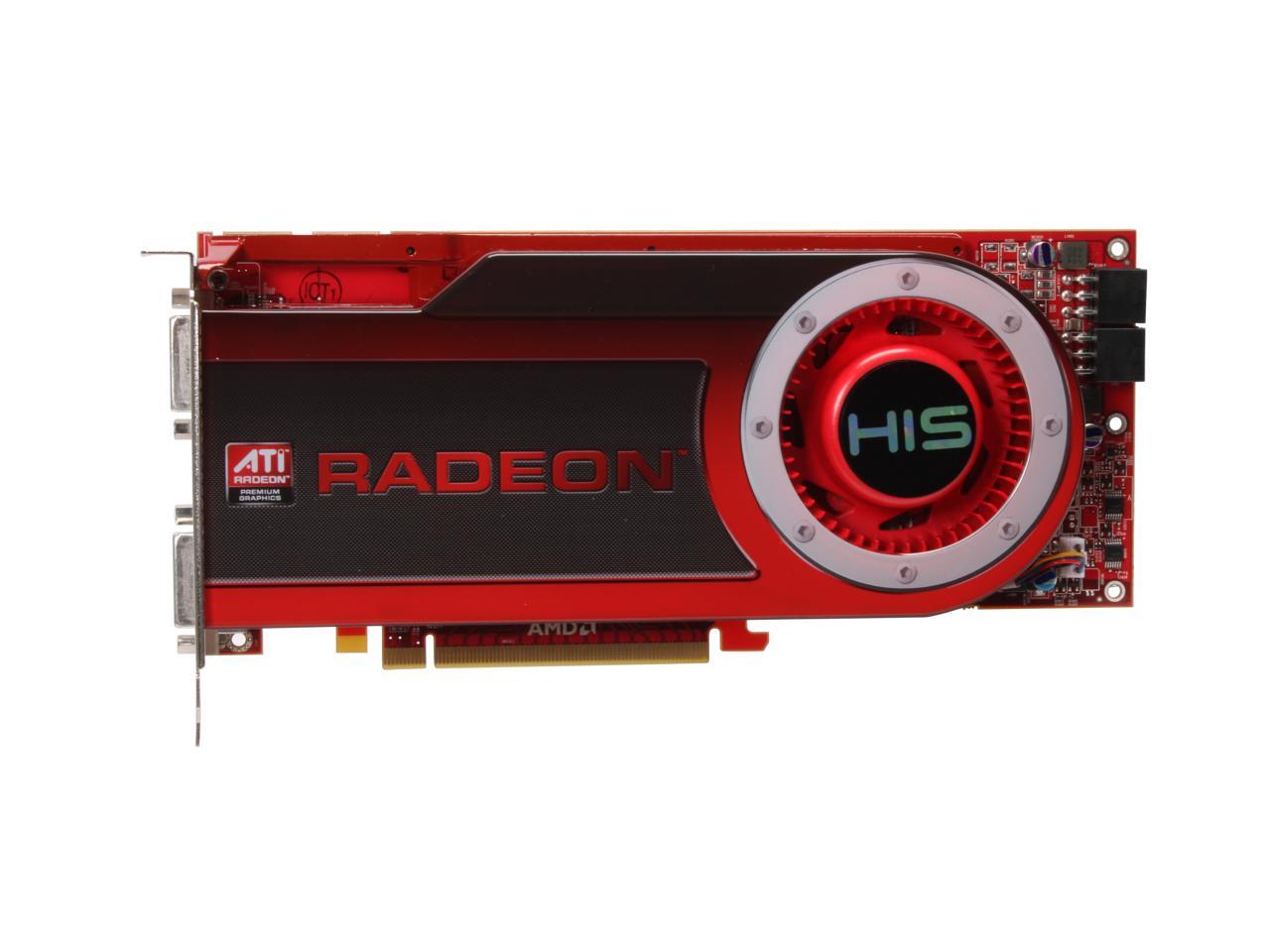 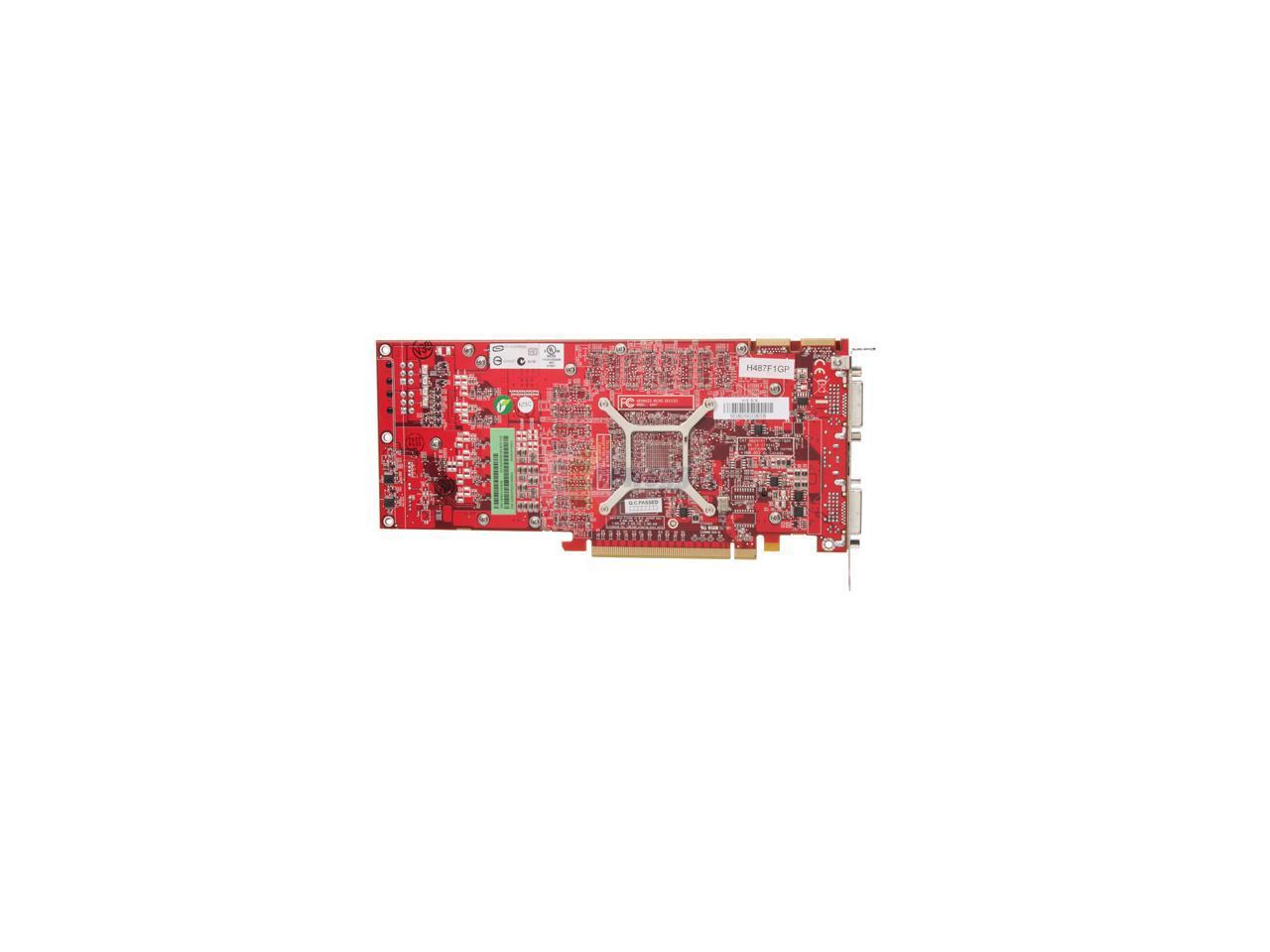 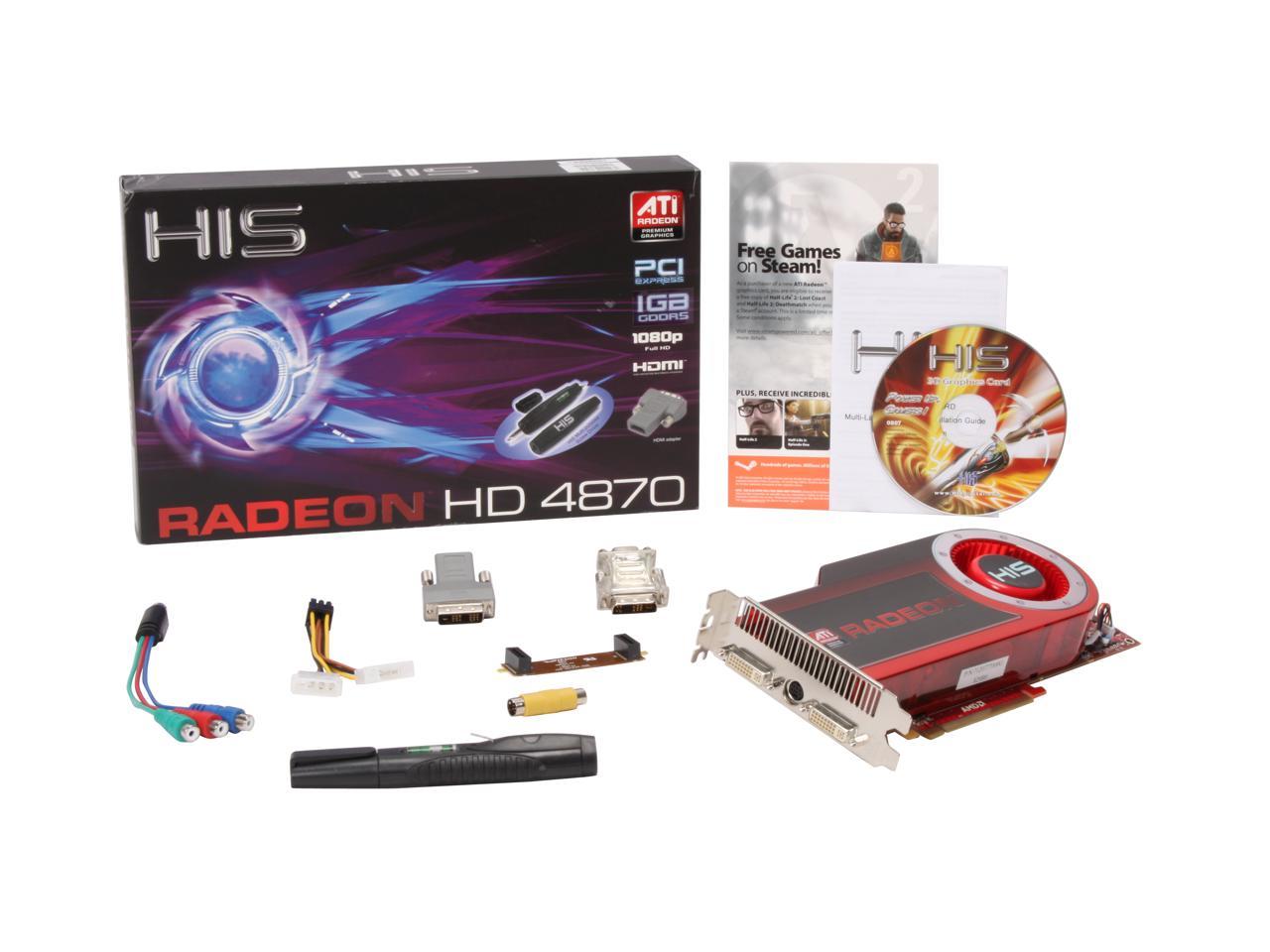 Cons: the 8.12 catalyst drivers (and possibly others) do NOT work with monitors under a certain resolution (mine is 1280x1024 and doesn't work) with the DVI port. I'm stuck on the VGA port until ATI remedies the problem, hopefully with 9.1 this month.

Pros: ATI has really stepped up their game recently and the benchmarks on other well known sites PROVE it. I upgraded from an aging 8800gts and now play Crysis @1680x1050 (0AAx4AF) at a smooth 30fps even with the action on the screen. Where its competitor gets only 10% performance gain for +50% the cost at the same resolution. My mobo supports PCI-E 1.0 and I've not experienced any difference in performance compared to website tests using PCI-E 2.0 boards, both equal to about the same FPS which means the GPU doesnt need the extra bandwidth for a single card, only in a Multi-GPU config. The card is also NOT louder then my 8800 unless it goes to 100% which it only does when the PC first boots, otherwise I have no problems with it. +14480 3DMark06 (Trial Version) I HIGHLY RECOMMEND THIS CARD! Don't think that it is a budget card simply because of the price. Nvidia has been gouging us for too long! Why pay +50% more for 10% improvement? Do your research! The benchmarks prove it!

Cons: Some people have had problems with buggy drivers in some games (GTAIV). I have not had any problems so far, however I only primarily play WoW and Crysis. Your experience may be different depending on what you play. The card is fairly large, about 1" longer then my previous card, it fits in snugly in my mid-tower but may cause some issues with smaller cases.

Pros: Got this card today and was a flawless install. Upgraded from my aging 8800 GTS 640mb to this card. Wow what a difference in my games running at 1920 x 1200 all high. Before COD4, Crysis Warhead and Frontlines would stutter at points. That was with AA and AF turned off. Now I have 8XAA and 16XAF turned on and maxed out in game settings and its perfect. What a difference! Crysis Warhead with 8X and 16X all enthusiast level on and get 32 to 35 FPs at 1920 x 1200, very sweet! Looking forward to Far Cry 2 this week and maxing out those settings. Also looking to upgrade soon to a C2D and new Motherboard. Will use NewEgg for sure!

Cons: Make sure you wipe old drivers clean before installing this. and get the latest ATI hotfix for Far Cry 2 if you plan on getting it. No cons so far.

Pros: Rock solid. Handles the big games like a breeze. Some say it runs hot but it seems to run cooler then the 8800 GTS 512 MB (G92) that I replaced. Can't beat the perforamance for the price. I will buy another on for crossfire when I get some extra scratch.

Overall Review: First time back to ATI. I the past stayed away due to driver issues. Have had no problems.

Pros: This has got to be one of the best cards for the money I've ever owned. I recently built a new PC and purchased 2 of these cards to run in crossfire and I think I could have done well with the 4870 X2, but 2 of these from Newegg are cost effective. It doesn't matter since I can still run anything out there. Crysis runs great.

Cons: No such thing as a con exsists with this product.

Pros: I love the 4870. Its an extremely powerful card. It handles video tasks and all current games with ease. my dual 24' monitors were a breeze to set up and work great with the catalyst. The HIS card came with a little multi-tool penlight/level/screwdriver which I have come to adore for tight spot work on the board.

Cons: 1.-) Runs very warm, with two of these in my system I may have to decide on additional room cooling before summer arrives. 2.) The cards are large and heavy...moble gaming machines would be not only cramped but the sheer weight of these cards hanging off the mobo needs to be considered when moving the cpu.

Overall Review: I have read countless horrors of setting up crossfire configs, and equal trouble when running dual displays...I think the whole thing took me 7 minutes from box to boot.

Pros: Some Benchmarks I took: Crysis Very high: 24(nvidia 8800gt gets about 9) fps Counterstrike Source(everything maxed including AA and Anisotropic): In the Video Stress Test: 237fps (all at 1680x 1050) This card is more than enough for current games. It will run Bioshock, Tf2, L4d, Fallout 3, and UT3 Very Well. Fan is quiet for the most part.

Cons: A bit bulky in my dell 530 but does fit. Fan is a little loud when you start up your computer.

Overall Review: If you are looking for a higher end card and cant decide what to buy, buy this card and you will not be disappointed. This took my cheap little quadcore dell 530 and made it a great gaming pc.

Pros: I was trying to convince myself to cough up 300.00 to by a video card but I am glad I did. I orginally purchase the 4850 but wasnt happy with my result, so decided to upgrade to 4870 and been happy eversince. I mostly play Flight simulator and with this card, its like playing sim all over again. Getting 60fps fully loading with all add-ons install and setting are max out. I can play Crysis max out 35fps on Vista and the game play is silky smooth..no hiccups

Overall Review: I try playing games in both XP and Vista with the card and for me the graphics looks much better in Vista than in XP. The graphics are more crisp, rich color and more define.