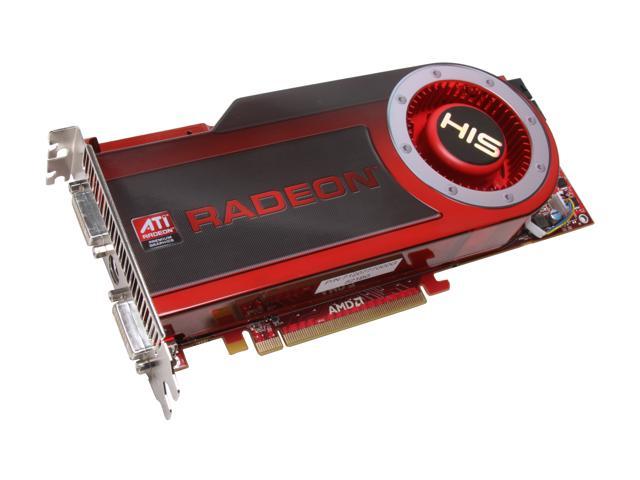 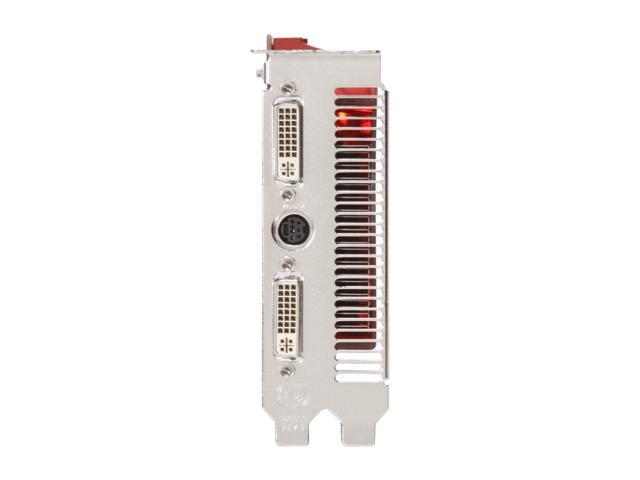 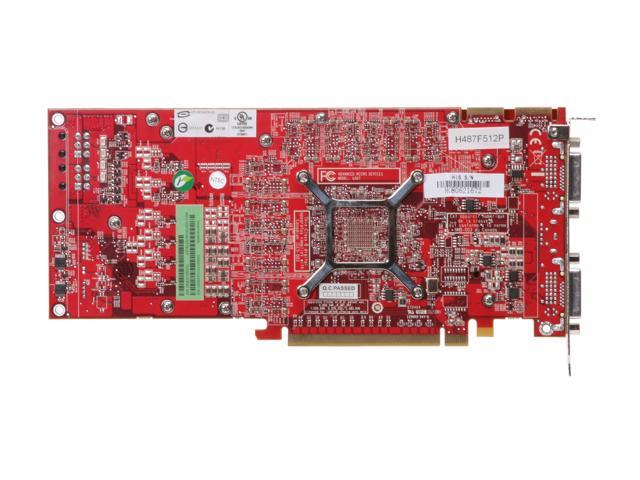 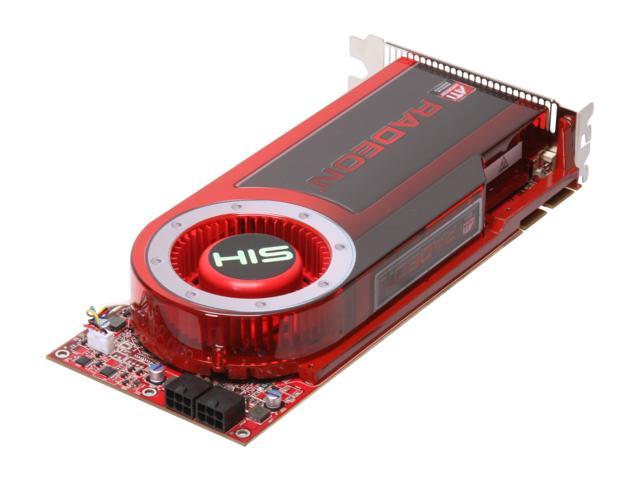 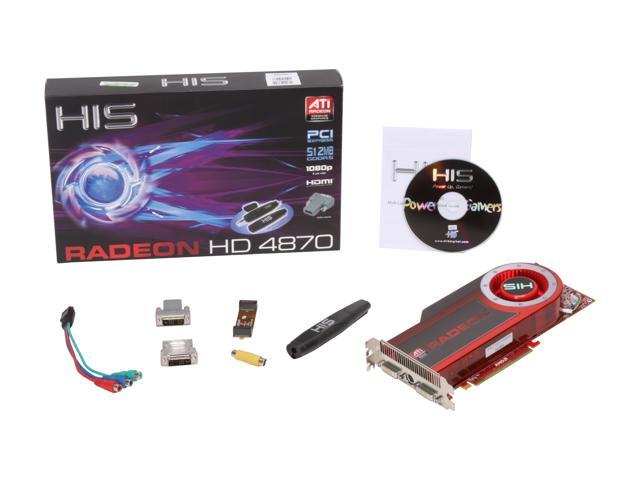 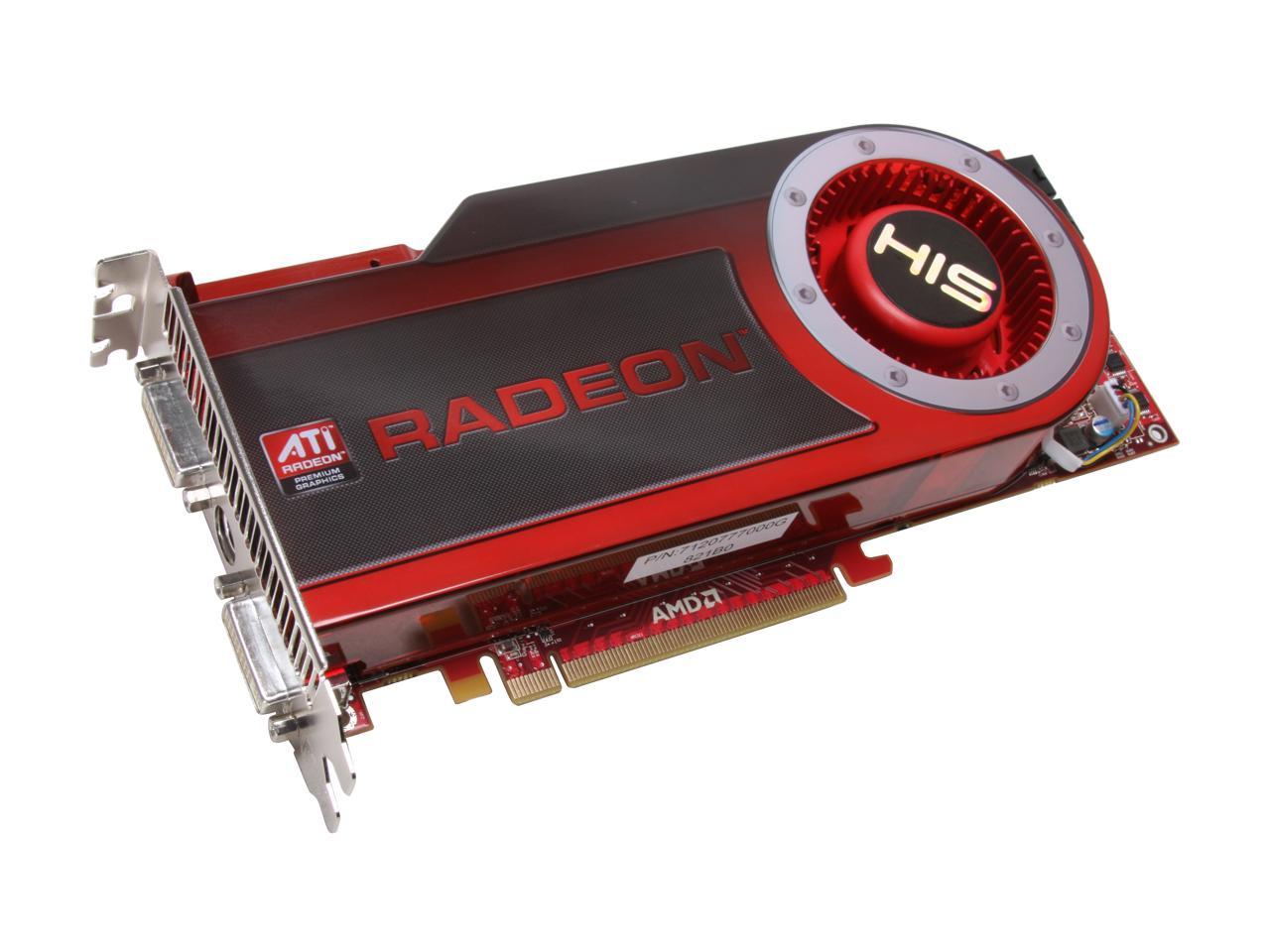 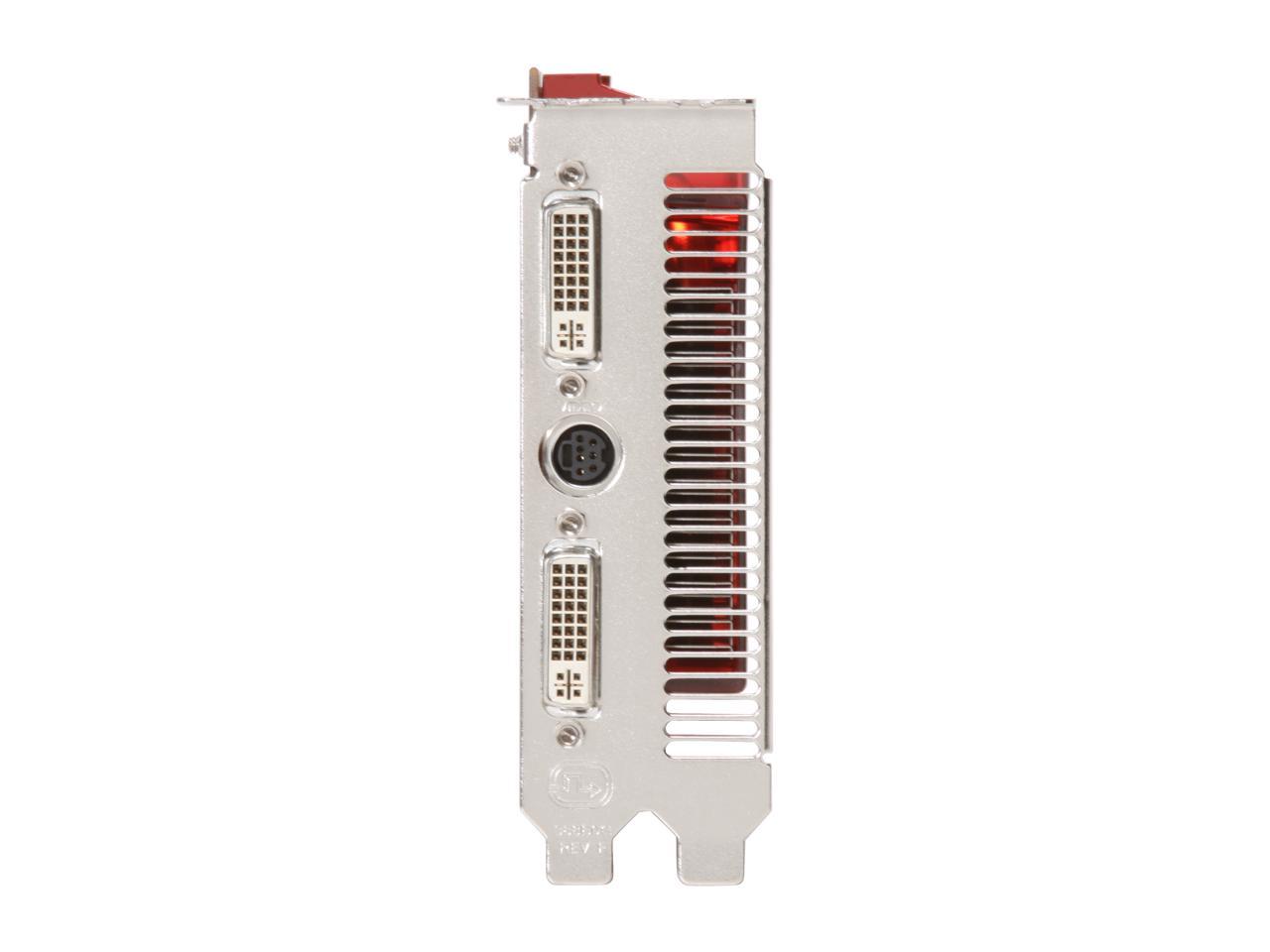 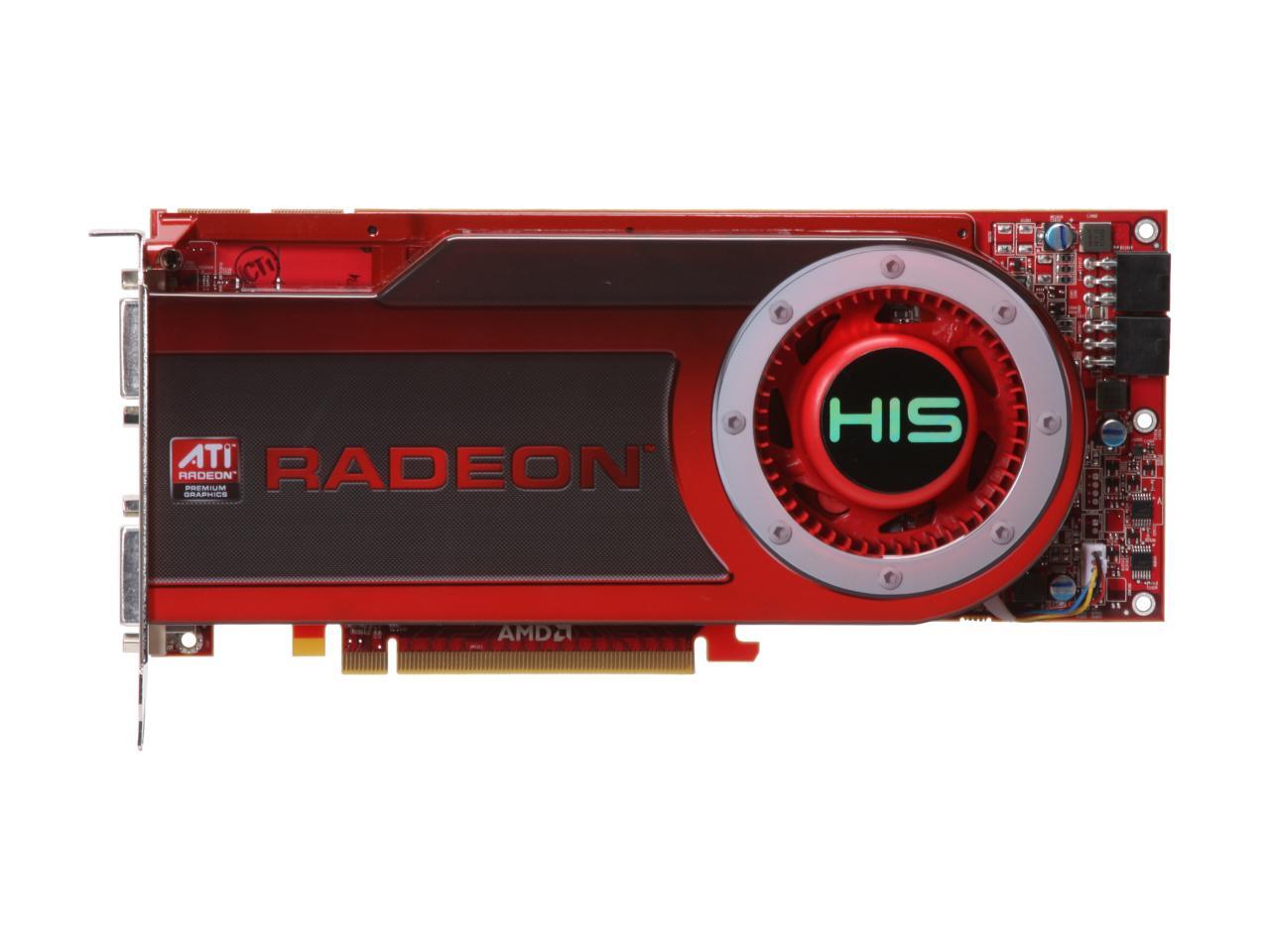 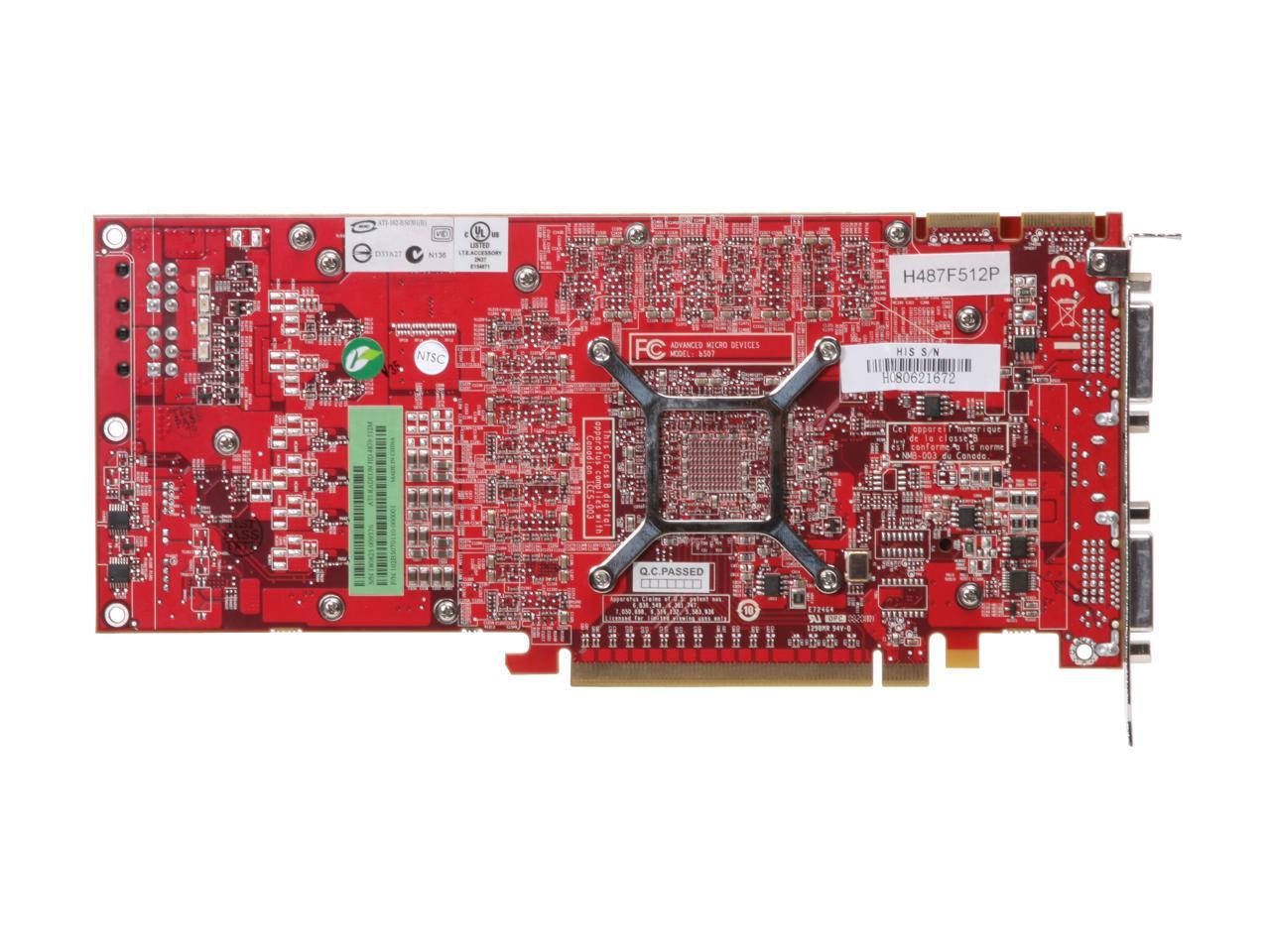 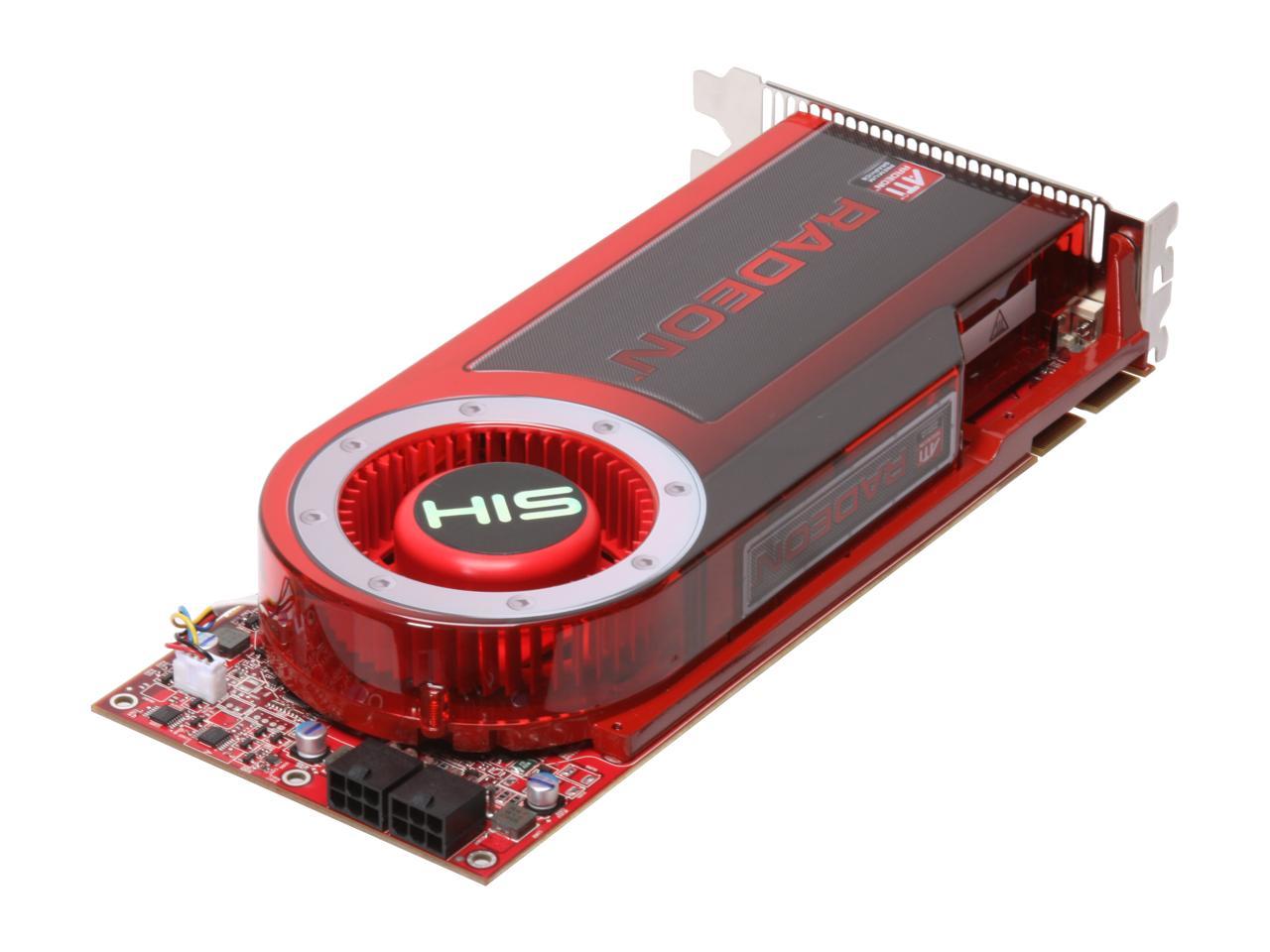 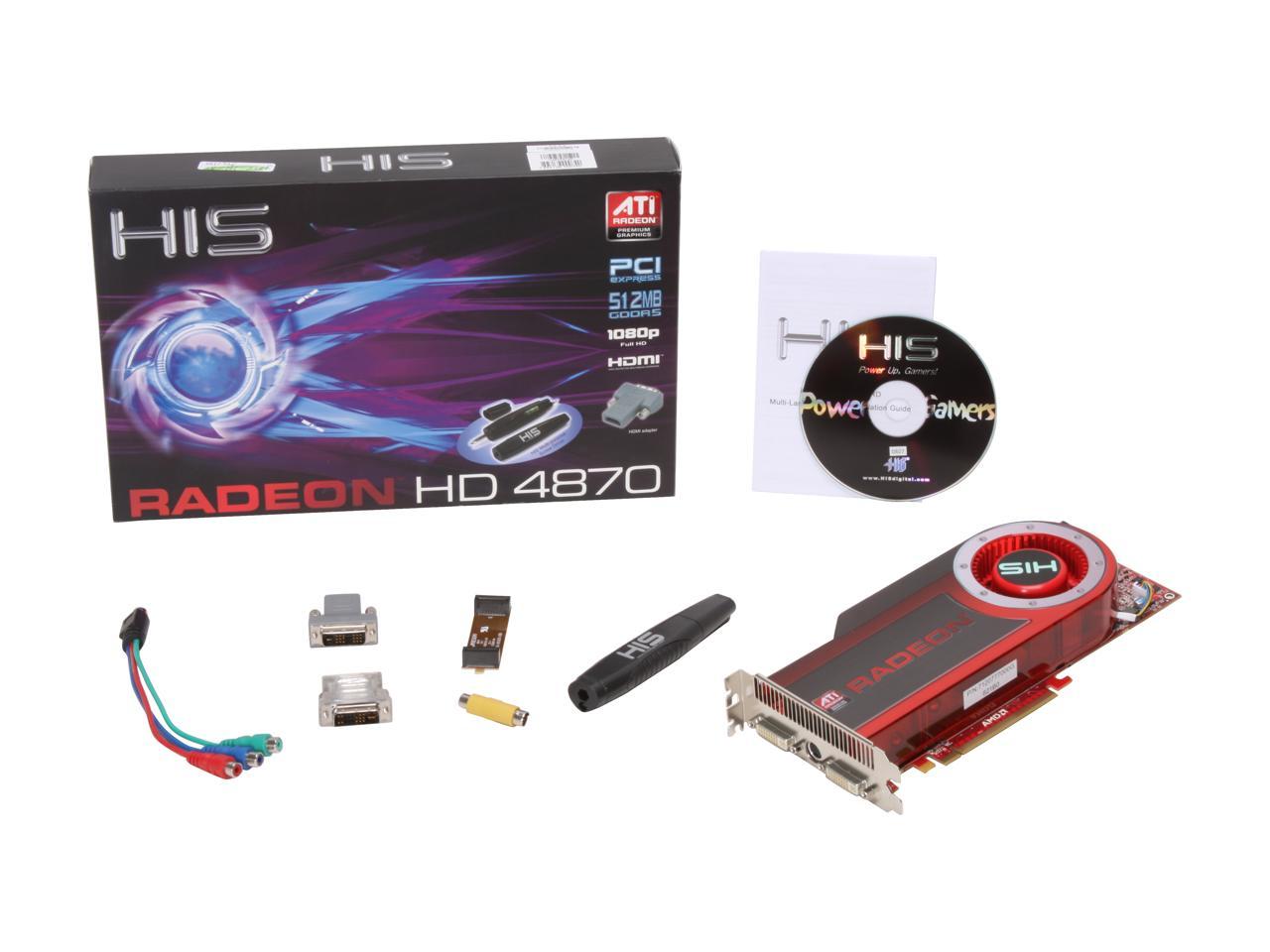 (142) Write a Review
OUT OF STOCK.
Specs
Reviews

Pros: Price, performance, outstanding. Absolutely the best card I ever owned. IQ is off the hook and the card takes everything I can throw at and says give me more. Well done ATI, nice to see your back in style. I also upgraded from a G92 8800GTS 512MB and it was totally worth it in my opinion. Can wait to see what ATI has in store for us next. For the record, no ATI fanboy here either. My Graphics card ladder includes 11 ATI Cards and 14 Nvidia cards.

Overall Review: The card is hot at idle, but heat doesn't effect the cards performance at all because under-load the temps hardly climb at all from it's idle temp. Didn't put this under cons because it really doesn't effect anything and I don't consider it one. Fan-Speeds will be bumped up in the drivers at next release according to what I've read, and second party OC utilities for fan-speed adjustment should also become 4800 Series friendly within the next month or so. Interesting note regarding the bundle, HIS includes a screw driver with it's card which incudes repalceable bits. I thought this was pretty silly when I read it. However after receiving the card I ws pleased to find out that the screw driver was also a flash light and a level. Pretty cool extra actually.

Pros: Unbelievable! I haven't seen this kind of jump in performance since the G80's! It's big, red, fast and can handle AA and AF extremely well!

Pros: Solid card with great overclockability, and screwdriver it comes with is very useful

Cons: fan profiles when recieved were too slow, however that is easily fixable

Pros: Catalyst Control Center offers more options and control that my previous nVidia cards. Doubled my frame rate in Age of Conan versus my 8800GTS. 4870 also plays Crysis (DX9-No Vista here) maxed out with no lag. Every game I have that I've tried have doubled in frame rates, except Bioshock, 4870 owns that game beating the $650 GTX280. Colors on the Radeon card also seems to look better (richer) than nVidia's palette. I think a previous poster may have some other PC issue. I have a E6850, 2 gig ram, nVidia 680i sli mobo nothing overclocked and this card KILLS my 8800GTS

Cons: It does run warm, this is true. Easily remedied by upping your fan speed (throttled too slow from factory in my opinion, all makes are this way). Drivers are still in thier infancy.

Overall Review: Card gave me more performance than I expected (but hoped for), basically. it "at least" doubled my frame rates over my 8800GTS. Previous two posters are obviously nVidia loyalists. Lets face it, nVidia ran away with the ball in the last round winning handily. Apparently this has made them lazy, look at the 9800 series, they should have never been released, minimal gains over the 8800's (if any gains at all). I'm glad I made this my first ATI card, very happy with the decision. Performance on the card is excellent. All of my previous card purchasees were nVidia (8 to 10 of them). All of those on the fence, don't be afraid to make the switch. I'd recommend going and looking at benchmarks for the card if you want a good idea of how it performs. P.S. to the previous poster, the 4870 beats the GT260 in games a gross majority of the time and the 4870 is 100 dollars less. So you can look at it two ways, either ATI is giving you one helluva deal or nVidia is over charging you.

Pros: Absolutely amazing card. I upgraded from an Nvidia 7800GT and the performance gain with high end applications was incredible! Crysis looks amazing on it on max settings! Catalyst control center seems even nicer since I last used an Ati card. The ability to overclock within the center is pretty nice. Tells you GPU load, temperature, even has an option for "Auto Tune"

Overall Review: I've only heard the fan really start blowing once, and only for a few seconds, not sure why, but it was loud when it did it. Other than that it's been quiet.

Pros: The HIS 4870 is an absolutely wonderful card. I stepped up from an XFX 8600gt and couldn't be more happier and impressed by the gains I've gotten. Though I'm not too big of a gamer, but I've managed to get the best settings possible on the games I play the most (Team Fortress 2, Counter-Strike Source and Left4Dead) and still get to around the 300FPS limit. I've heard many things about the card running very hot.. Maybe it's just my card, or HIS' cards, but at only around 25% fan speed, my temps are just about the same as my 8600gt (around 40ºC idle or not doing much) and when I turn up the fan speed while I play games, it still doesn't go that much higher than the 50ºC range. Catalyst Control Center seems to be better and less buggy since I last used it (like 3 years ago.. ha) Overall, This is a Superb product for it's price range!

Overall Review: If you love playing CSS and TF2, or any other game for that matter, come join me at RazeTheWorld(dot)com (and get on the forums!) We have frequent events and have a great growing community. No excuses, get over here now!

Pros: This card is amazing for the price. You simply can't beat this. The GTX280 delivers barely better performance for over x2 the price. NVIDIA has gotten ridiculous and greedier than ever. This thing smokes my old 512MB 8800GTS any day of the week. Tears up 3dmark. I run Age of Conan at full settings, x8 AA and it's so smooth you'd think it was a cinematic. Amazing. 300 dollars!

Cons: I've had a few crashes so far in Half-Life 2 and Age of Conan. I believe this is due to the fact that there are no drivers out for it yet (just a hotfix, i.e. beta drivers.) Also, the card runs very hot out of the box, as you well know from reading other reviews. Below is my easy solution to it.

Overall Review: There is a mail-in rebate for this card. If you bought it before July 1st (as I did), try contacting NewEgg and they may help you out. As far as the overheating, simply go into Catalyst Control Center, enable Overdrive (click the unlabelled icon... took me a second to figure that out), then navigate to C:\Documents and Settings\Administrator\Local Settings\Application Data\ATI\ACE and edit the source of the .xml file with your profile name. Change FanSpeedAlgorithm to "Manual", and FanSpeedPercentTarget_0 to desired fan speed (35% for me is 49C idle, down from 80+). Save, activate profile. Good to go.

Pros: PCI-Express 2.0 x16, Runs CRYSIS! (without overclocking)...Oh, yeah, It's overclockable with very little effort. Installed like a dream in my DX48BT2 motherboard. With the Catalyst controller I set the fan speed at 40% during idle and it stays COLD! I ran Supreme Commander with 4 players each at 1000 units on HIGH settings for 2 hours and the video card didn't even get to the half-way mark on the temp gauge. I ran Crysis on low settings without overclocking and it ran like a spotted ape...lol. Then I tried Medium and then High. It still ran really well. I was getting 45 fps on the High settings 1280x1024 (highest my monitor supports) with 4xAA enabled. I'll try it again after overclocking. For the price, it's a great card (course I did get it from NewEgg when it was less that $200 and also had a mail in rebate) :-)

Cons: The card is MASSIVE! It takes up two PCI slots. Thankfully most MBs now come already designed with that in mind. Also, the card is LONG. It covers two of my RAM push-clips. Did not come with good drivers. I recommend going out and downloading the newest Catalyst Control drivers before you do anything else. The idle temp without the fan running is HOT! 70º!!!! But even if you have the idle fan speed set to 20% it drops it significantly.

Overall Review: Once you have the newest Catalyst drivers, you can enable overdrive and fan control. I am not really sure what people are talking about...maybe they have a different definition of loud than I do. I don't think the fan gets loud until you have it at 60%. And it is SCREAMING at 100%. I let the card run on auto for a day to see how it would react to idle and gaming situations..then I just decided to set it to 30% minimum (idle) and 70% max (full load) under the controller. That way it doesn't get too hot. I was going to put this into a cross-fire situation, but I dont' think that it's necessary right away. My setup: MB: DX48BT2 Proc: E8500 Mem: 2 GB Corsair XMS PC12800 DDR3 Video: HIS Radeon 4870 HDD: Seagate Barracude 7200.11 SATA 3.0GB/s