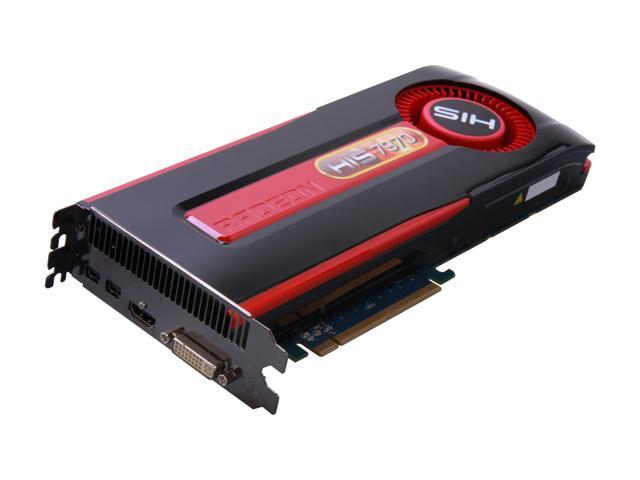 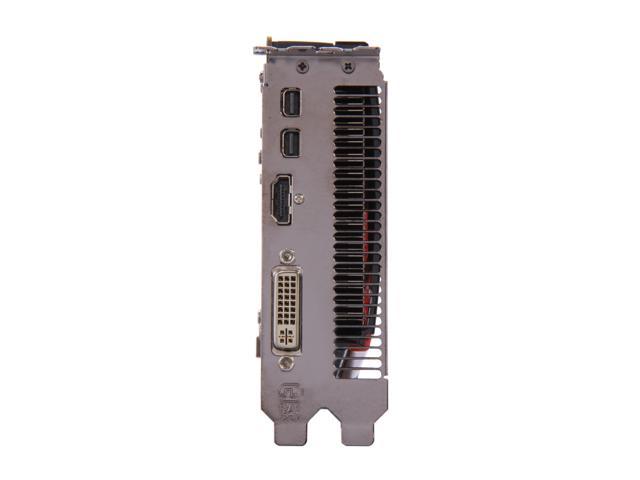 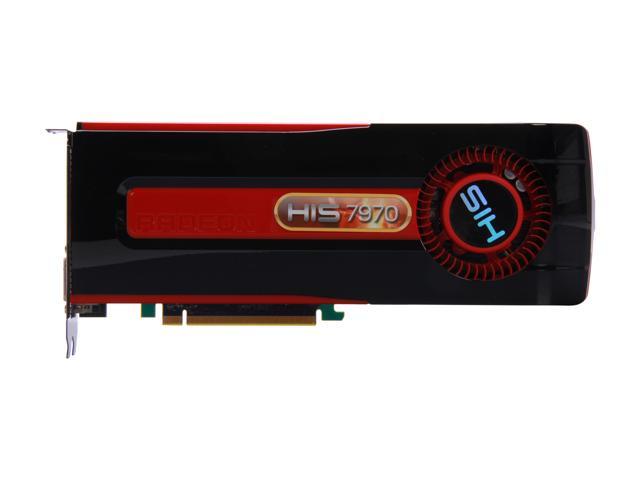 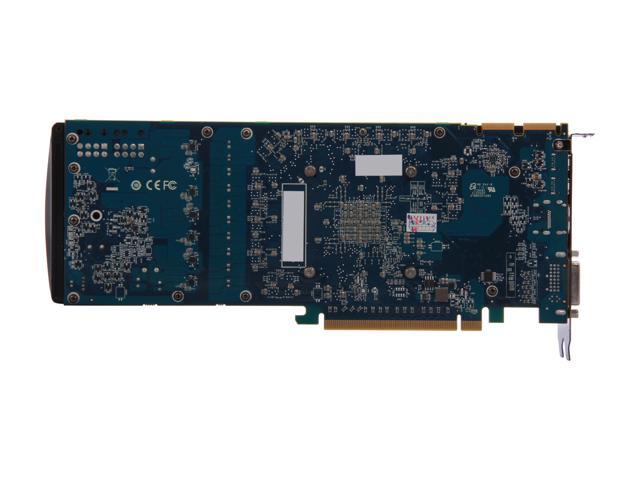 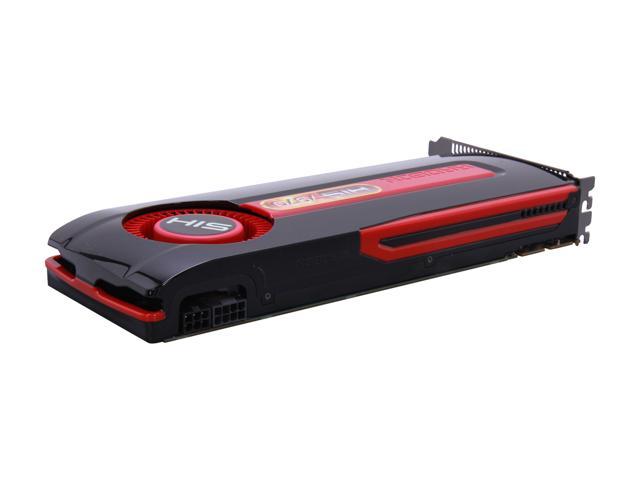 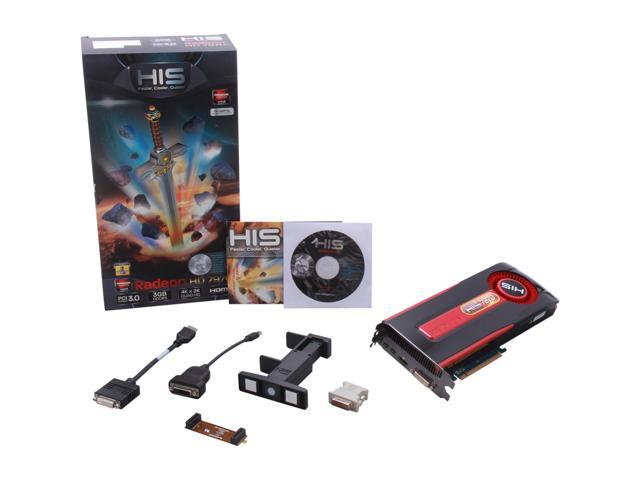 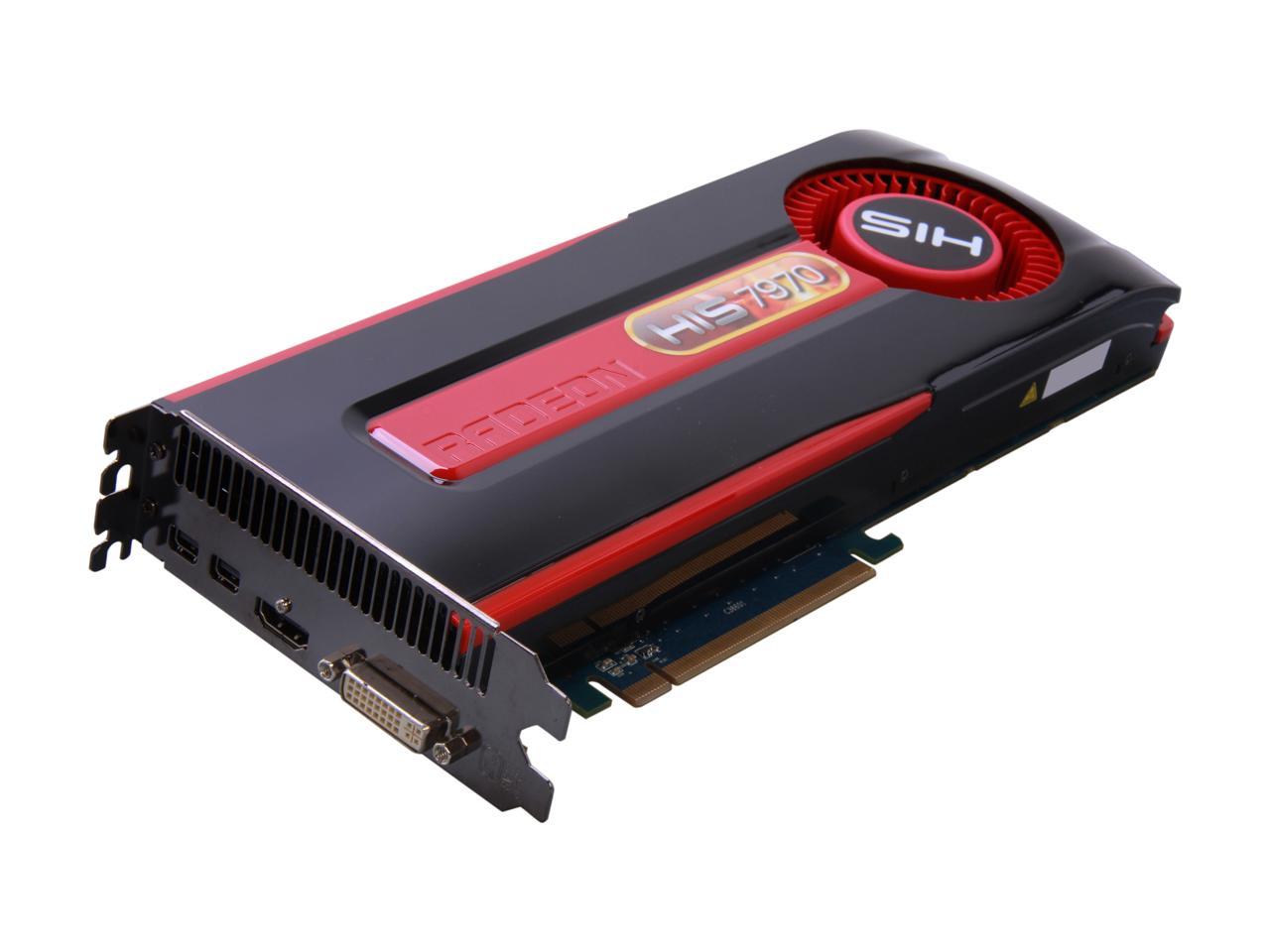 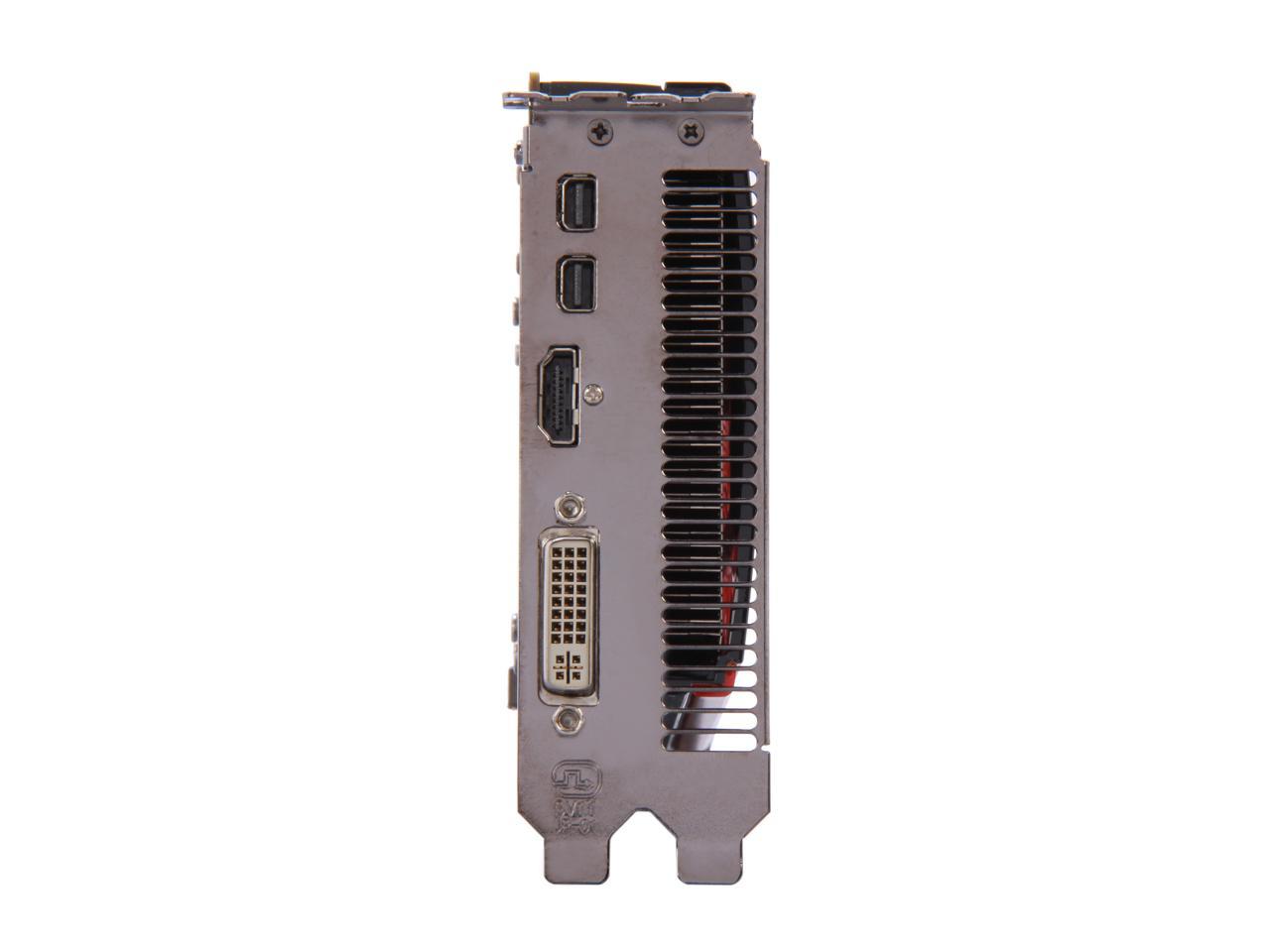 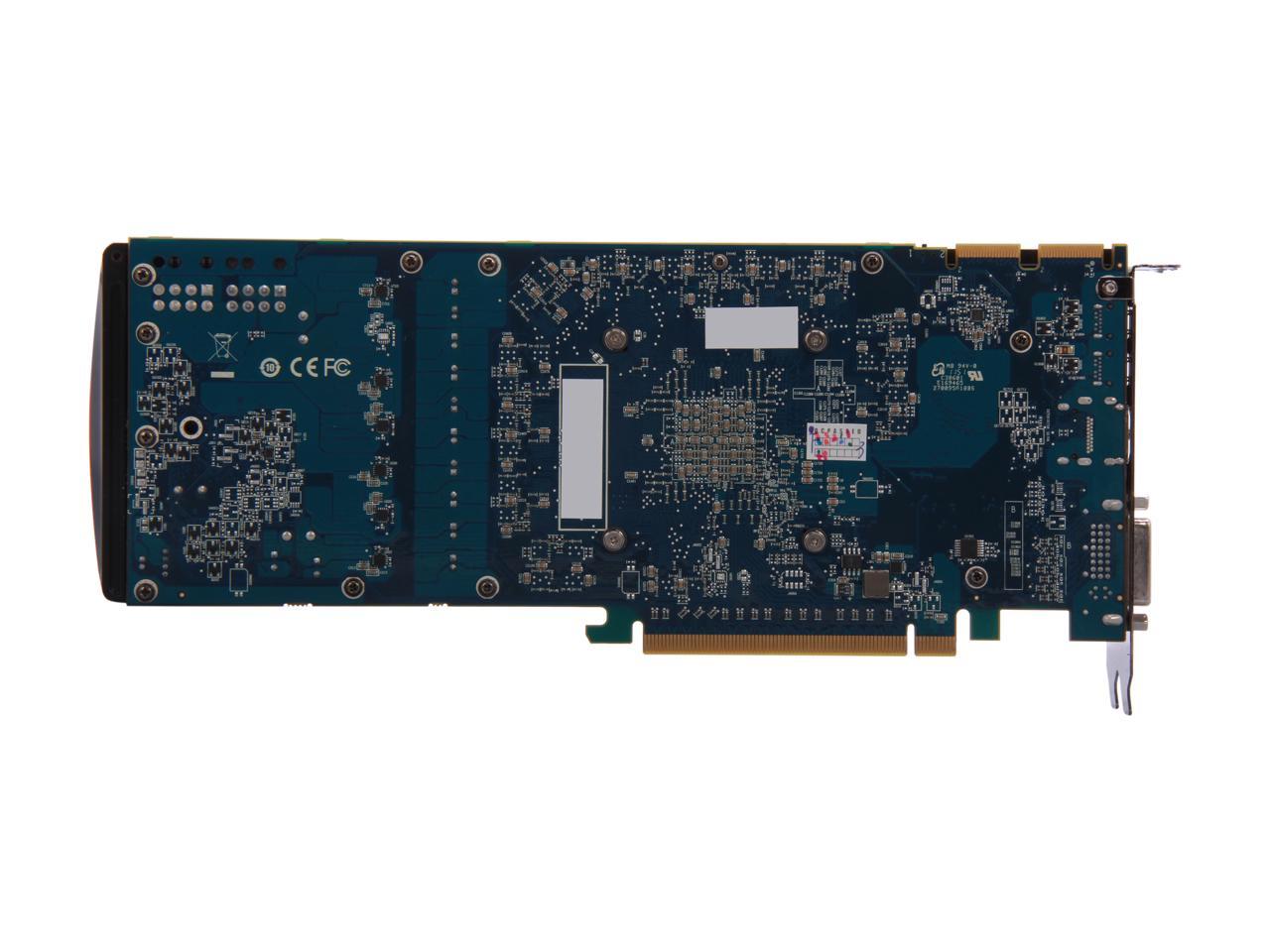 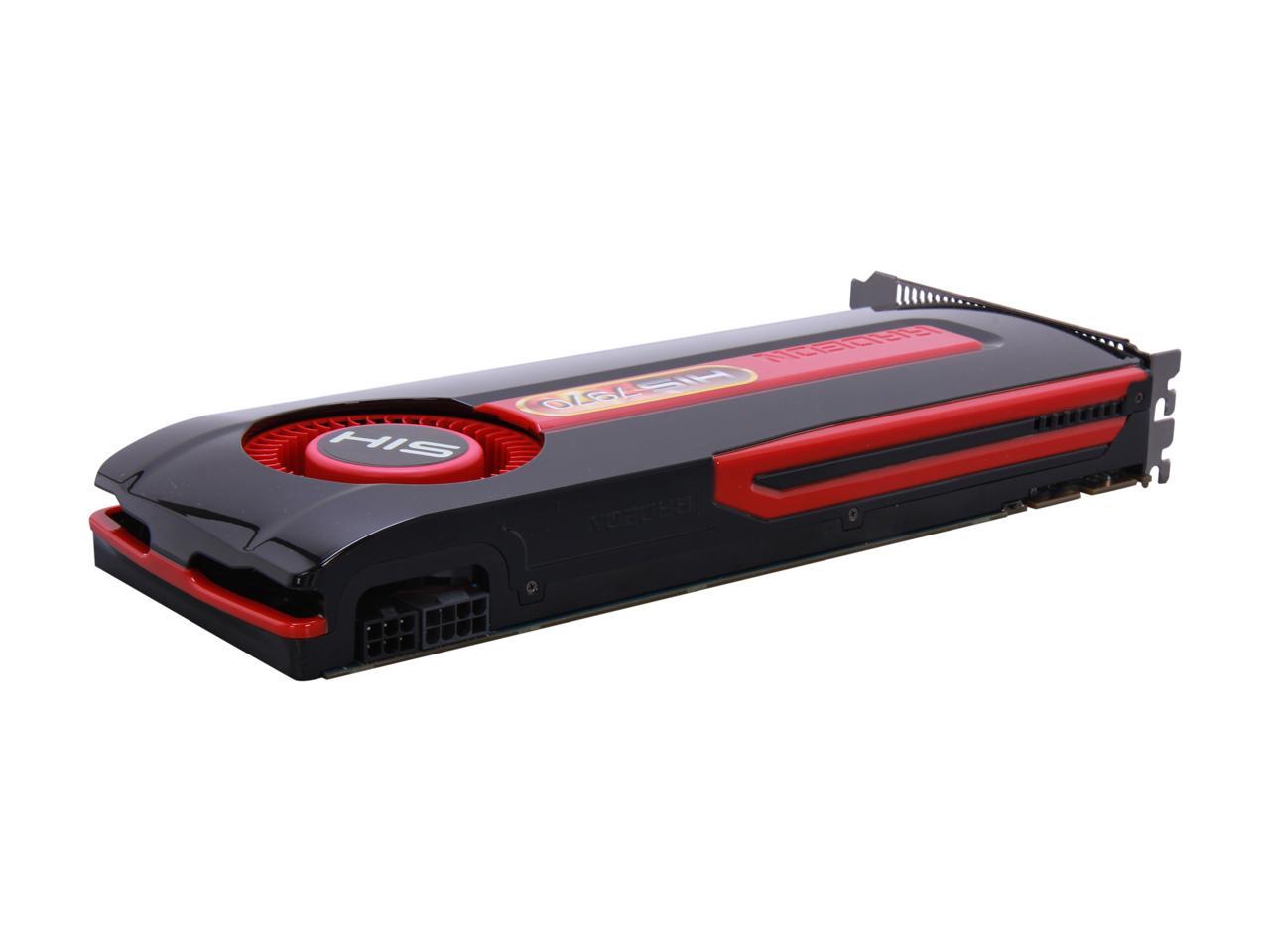 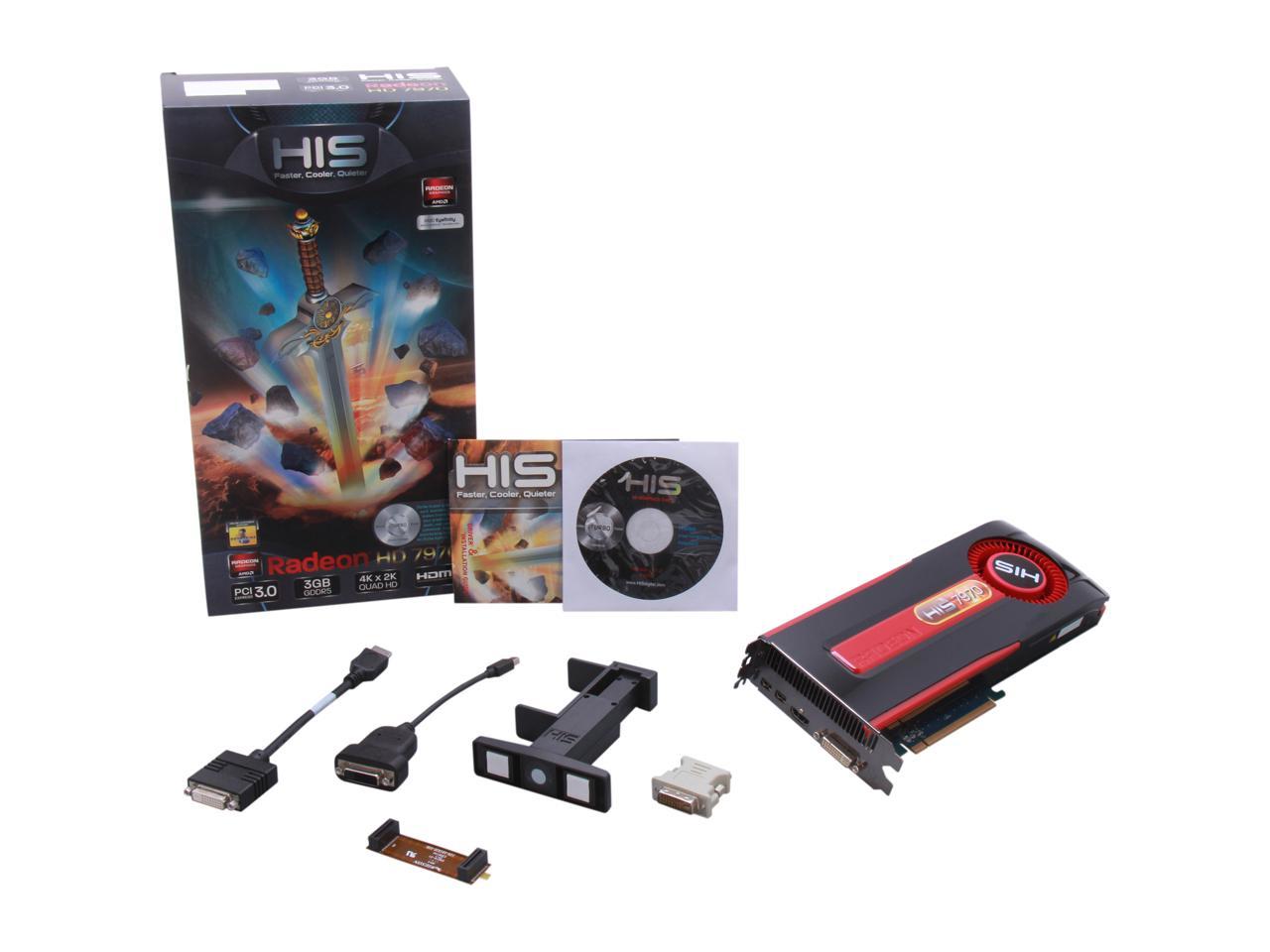 HIS HD 7900 graphics processor harnesses the visionary GCN Architecture. As the world’s first 28nm GPU, this chip is primed to enable astonishing performance and breathtaking image quality, making it the only solution for gamers who expect the best.

The HIS Radeon HD 7970 comes natively equipped with support for PCI Express 3.0 as well as DirectX 11.1. With world-class AMD CrossFire performance scaling, enthusiasts’ GPU experience is maximized when paired with the latest platforms. By utilizing AMD PowerTune technology, the HIS HD7970 performs a real-time power draw to enable higher clocks and faster gaming; furthermore, with AMD ZeroCore Power Technology, no power is wasted when the graphics card is not in use.

The HIS Radeon HD 7970 also ships with AMD Eyefinity 2.0 technology which features all-new support for stereo 3D, universal bezel compensation and brand new display configurations. Fold and mine faster than ever with AMD App Acceleration to speed up daily applications such as video rendering, web browsing and office applications. The HIS Radeon HD 7970 is your personal checklist for ground-breaking technology.

Pros: 1.) Card came in two days in spite of ordering it standard ground. 2.) The packaging for this card couldn't be better.. Grade A 3.) Installing the card/drivers & overclock was painless... I mean minutes a. huge card but did some reading and i knew it would fit into my Cooler Master Storm Scout b. card needs 6+2 & 6 pin; so be sure you're PSU can provide the linkage c. didnt bother with driver from the disc ( in fact i never do) get the from amd's site direct- you'll be better off 4.)This card is straight peanut butter because since i put in my case all my games have been jelly ;)

Cons: The price... for a $100 less... i think i would have gotten more guildies to invest in the upgrade. But that's not really a con I knew the price..just hard for some to justify which is completely understandable.

Overall Review: Alot of people will say Asus, msi, sapphire, and xfx make the best cards out there. As this is my first HIS maybe they have had reason to overlook them but i won't and you shouldn't either. This card is really put together right. It's a shame i'll probably through a waterblock on this because the shell, fan, heatsink are really good to go....but im like tim allen on tool time i like squeeze all the horsepower i can.... HUGGHH HUUGGGHH HUGGGGH!!!!

Cons: It is expensive

Overall Review: This card reverted me back to ATI .....it is amazing

Pros: Card will slaughter anything I throw at it. Been playing Crysis 3 MP on ultra with 2x MSAA for weeks. It is absolutely a beast and for $399 it is 100% worth it. I paid $549 for mine a year and a half ago.

Cons: My original purchase review was 1 egg because of the error message I was getting anytime I was using my computer. A few months down the road after several new driver releases this has been fixed. I never contacted support I just kept installing every new driver release until it was fixed. Docked one egg because I run a dual-monitor setup and switch out my main monitor to play xbox 360 on since my monitor has 1 hdmi slot only and for some reason this freezes my computer anytime that the monitors go into low power mode. Also watching mkv files or mp4 or anything similar I get a frame rate drop for a few seconds uaing both Zoom and GOM player. Still great for gaming especially at $399!

Overall Review: Annoying fps drops every once in awhile and computer hangs inconsistently when swapping hdmi cable from main display to xbox360.

Pros: handles anything on ultra

Cons: Gets kinda hot at times

Overall Review: A great card, was worth the money spent on it so far. will update with any issues.

Pros: Amazing video card, still haven't fully utilized the potential of this beast. If you tweak your games graphics a lot like i do then you want one of these cards.

Overall Review: The cards are huge make sure you have a lot of room.

Pros: Card runs everything i throw at it.

Overall Review: the reference cooler isn't that great so the card heats up to 80c fast.

Cons: length of card, newegg running out of stock to buy another one

Overall Review: well before I bought the card seen some of the reviews that were negative.. still bought card.. I don't know if I got a good card but I have had no issues of what these other people are going through.. updated the drivers to latest beta, no problems, no artifact tearing or blue screen crashes.. most games are found as very high or even ultra.. replaced sli'ed 560s' blows it out of water.. Only issue I had with the card was my old case could not fit it so research b4 you buy but not enough to knock an egg off.. hope it comes back in stock for me to buy one b4 income tax money runs out lol.. also have the card overclocked and no issues rig specs: intel I7 3770 ivy bridge 3.4ghz(oc to 4.2ghz) asus p8z77-v le plus tpu enabled 16mb of corsair vengeance 1600 ddr3 his 3gb radeon hd 7970 video card(oc to 1125mhz gpu clock and 1575mhz memory clock) 1tb wd sata 6gb sec x2 raid 1 lg Blu-ray writer drive windows 7 home premium 64bit oem 10400+ 3dmark 11 free edition

Pros: reference design, so i was able to flash it to that official amd/ati ghz card bios. a few seconds later, and it's at 1050/1500 stable, haven't touched anything else yet, performance is smooth as silk, yes, this is the blue pcb/no cross brace, but there are a bunch of after market backplates available if you want. beautiful match for my Crossover 2560x1440 glossy monitor!

Overall Review: i love backplates, so having a simple black aluminum one made, though a beauty of a card as it is. 12.11 beta are stable here. very pleased