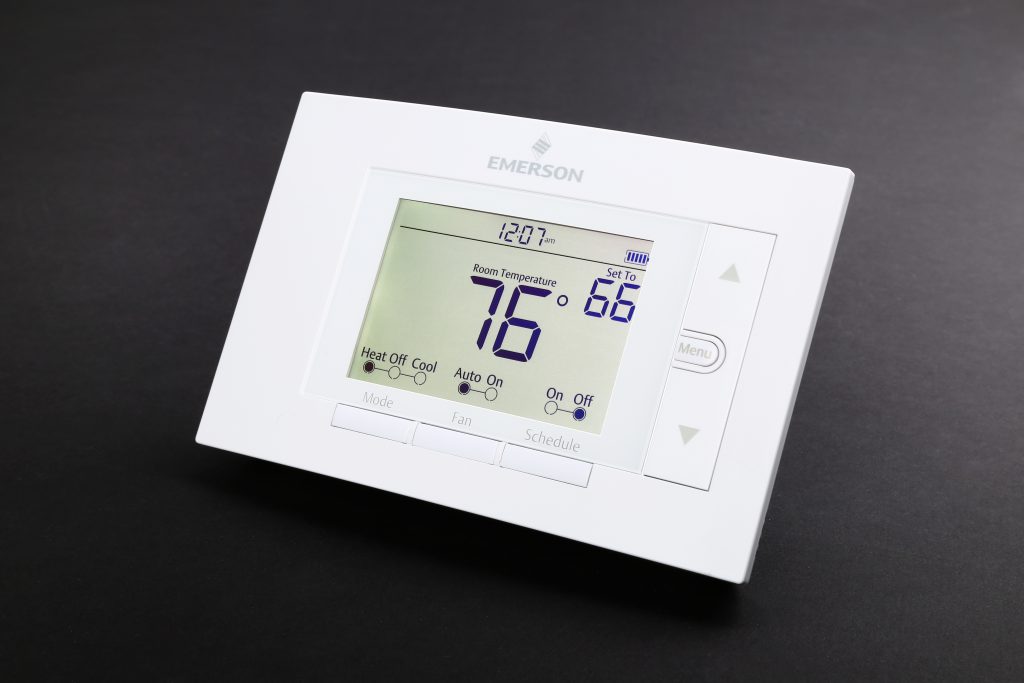 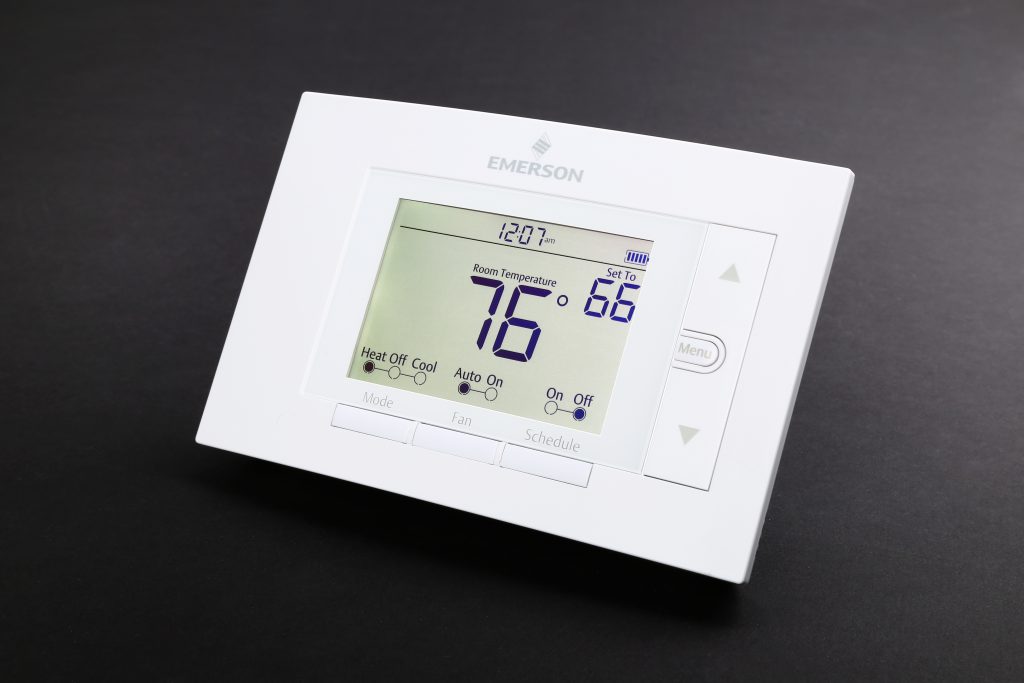 The Emerson Sensi Wifi thermostat has been on my radar for a while now, really ever since I got two insanely fluffy corgis and had to run the AC all day whenever the temps climbed above 75. The old school thermostat could use an upgrade.

Luckily, Emerson sent me their wifi Sensi for review. The big feature about this wifi thermostat versus the competition is it runs off of double AA batteries, not the power wire in the wall. That means for 100 year old houses like mine that was built before indoor plumbing, the Emerson is really the only solution to for my wifi connected needs. 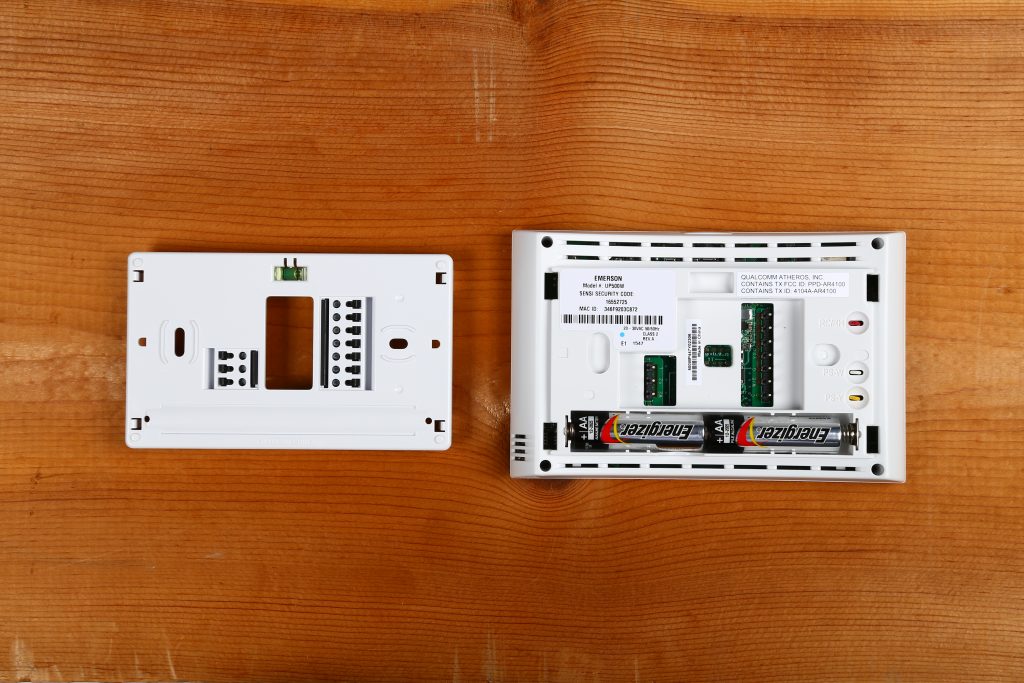 Now, the Emerson Sensi is a wifi thermostat, not a smart wifi thermostat. That means the Emerson at $104 doesn’t offer the same level of features as a $249 Nest, which makes sense. What you do get with the Emerson is wifi connectivity for controlling your thermostat from your phone anywhere in the Nine Realms.

The smart varieties know if a person (or pup) is in the room and calculate temps based on historical adjustments. The Sensi’s level of control is all about internet schedules, not deeper logic or AI recording for the eventual robot takeover.

The scheduling allows you to set up up daily and weekly programs so, for example, you can turn off all heating/cooling while you’re away at work and then have the house ramp to a delightful 77 by the time you get home.

For me, however, my two fluff monster dogs stay at home and, if it gets cold, they are perfectly happy. But being southern California, the temps never get that cold, so the AC is needed whenever the mercury goes above 77. 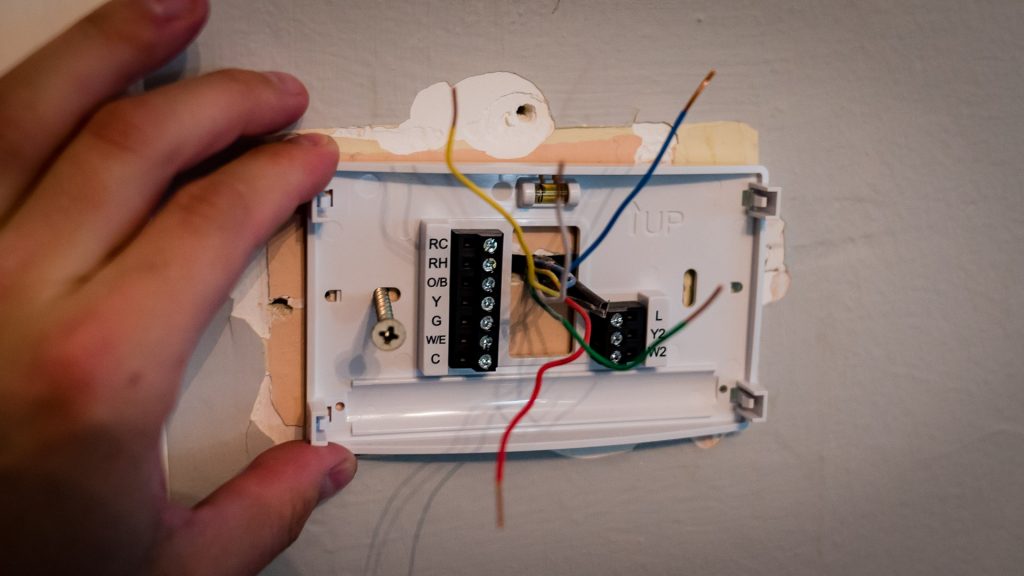 Emerson’s design crew and app developers deserve a big round of applause for one of the very best install guides out there. While there are no instructions in the box, downloading the app provides the needed walk-through to get you up and running without much difficulty. The app even opens your camera for you to take a picture of the current wiring which is absolutely critical for putting the wires into their proper homes in the Sensi. Nice touch.

Additionally, the back plate includes a bubble level. This should be standard practice for anything that goes on the wall. Such a small touch but really appreciated. 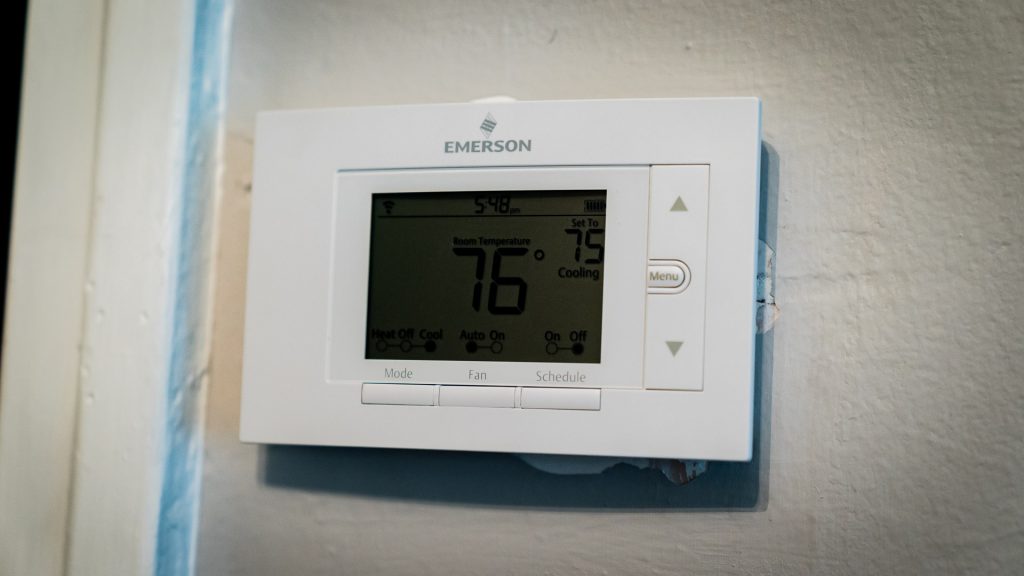 The Sensi is a surprisingly simple device — both in install and in execution — so there really isn’t too much to say about it other than it worked perfectly, installed perfectly and seems to be absolutely awesome over wifi. I tested out the phone app while at work to make sure the dogs are nice and chilled.

If you’re looking for a self-powered basic wifi thermostat, the Sensi is it. Oh, and don’t make the mistake I did and leave 100 years of paint behind the thermostat. Have a tub of touch-up paint ready so your install can look nice and professional, not like a noob.