By Gregory RiceFebruary 16, 2017No Comments 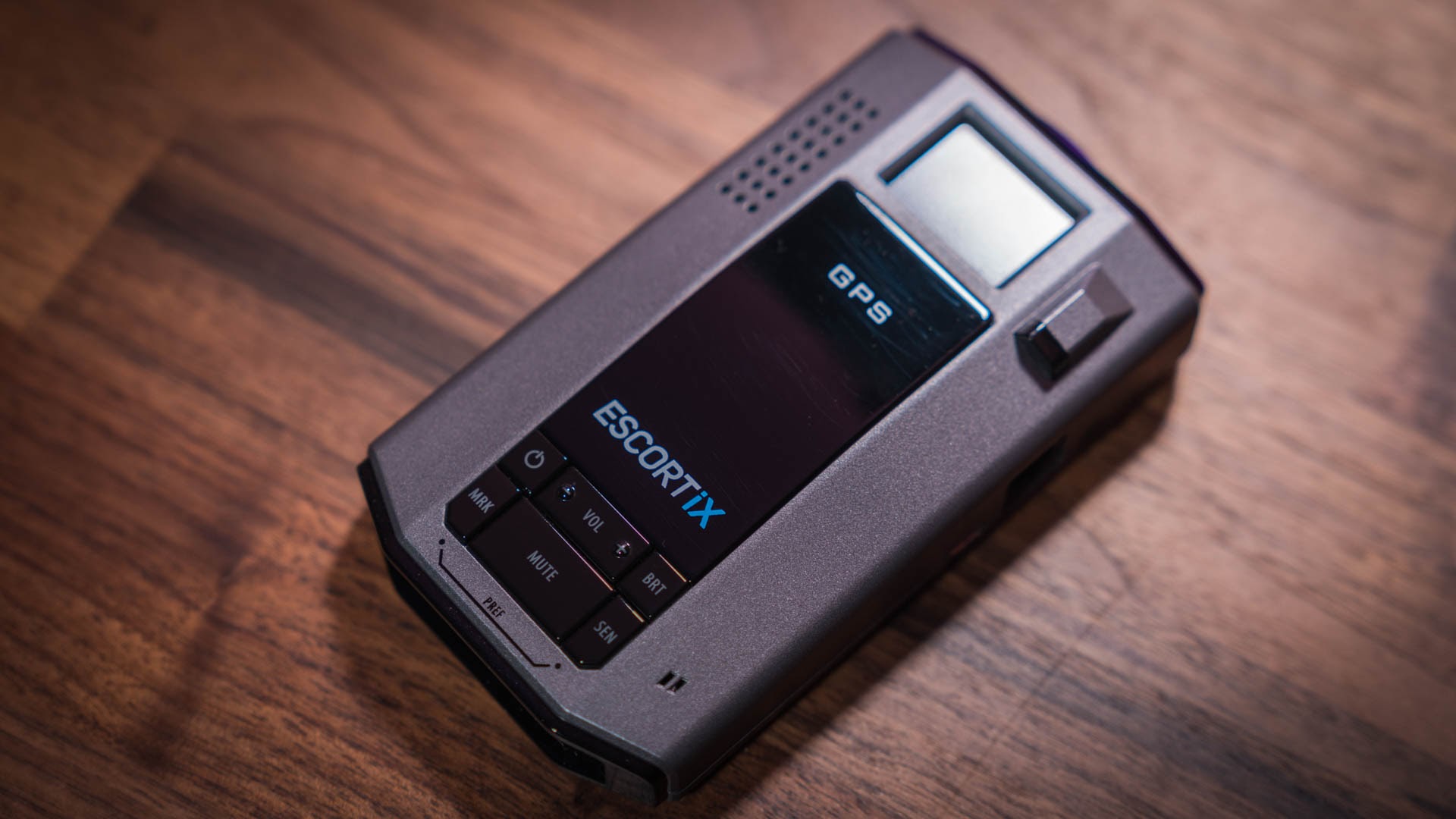 Speeding tickets are one of those expensive lessons nobody ever wants to learn, and that seem to creep up when least expected.  The best way to avoid one would of course be to keep a light foot on the gas, but habits are hard to break. And just like Ricky Bobby: “I wanna go fast.”

Escort radar detectors have been a mainstay in the detection industry for decades, and we went hands-on with their Escort iX model to see what the latest innovations have brought to the dashboard. The iX is a revamp of the popular 9500 iX model, with added Bluetooth functionality and an accompanying app, among other perks. 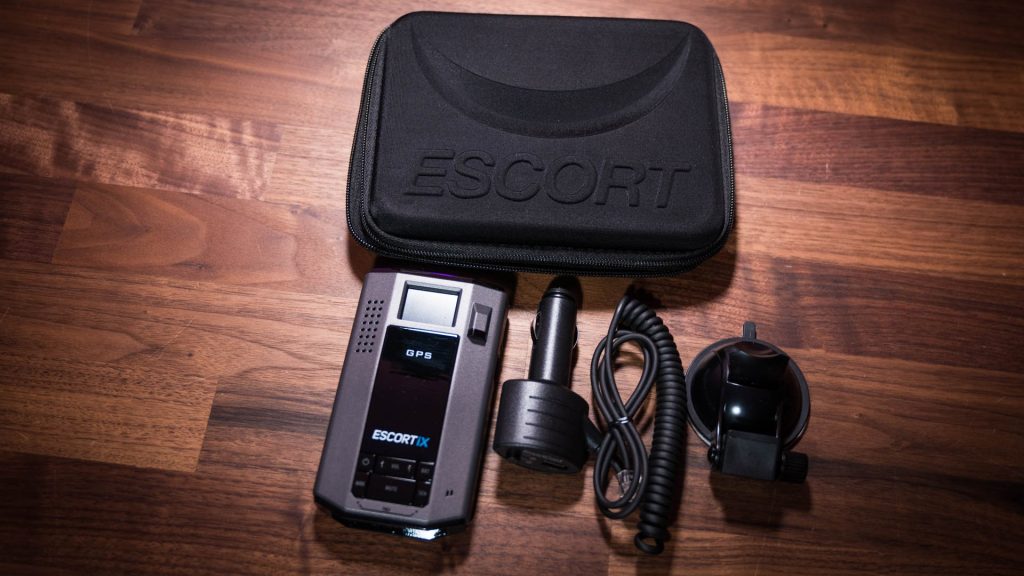 What you need to know about radar

Before jumping into what makes a great detector, it helps to know more about the radar that it is supposed to detect. Radar works on different frequencies (bands) like microwaves, invisible to the human eye. For traffic purposes, they are created to go in a single direction, hit an object, and bounce back to gauge speed.  It’s effective, but there are some complications. First, radar waves are invisible, so an officer pointing a radar gun at cars several hundred yards away can’t be entirely sure which vehicle being targeted. Radar beams also depend on reflections to get a speed reading, so an unclear path or multiple reflective surfaces can also distort the results.

Now that we have the radar shortcomings out of the way, we can get into the specific frequencies that police use, which you will encounter when shopping for and using a detector.

K-band radio waves are very commonly used in a variety of applications other than traffic monitoring, and thus can be considered the least reliable indicators of police presence. This frequency is often used in vehicles for lane departure warning, blind spot monitoring, speed notification signs, automatic building doors, etc. which can cause a false positive alert.

X-band radio waves are the oldest technology for police radar, and not widely used anymore, which is why often times the alerts from this band are false positives.

Ka-band is the newest technology used in police radar applications, and widely considered the most legitimate notification of an actual police presence. There is a chance for some false alerts from cheaper detector units that leak out this frequency though, but it is less likely.

Laser light is used in some police speed detectors from stationary positions to clock speed, which gives a more accurate targeting of subjects and less room for error. These are effective at about 1/5 of a mile and have a quicker speed read time than radar.

I should note that the specific bands police use in your state should be referenced as they vary, which can be found at Radar Detector Forum or a Google search. 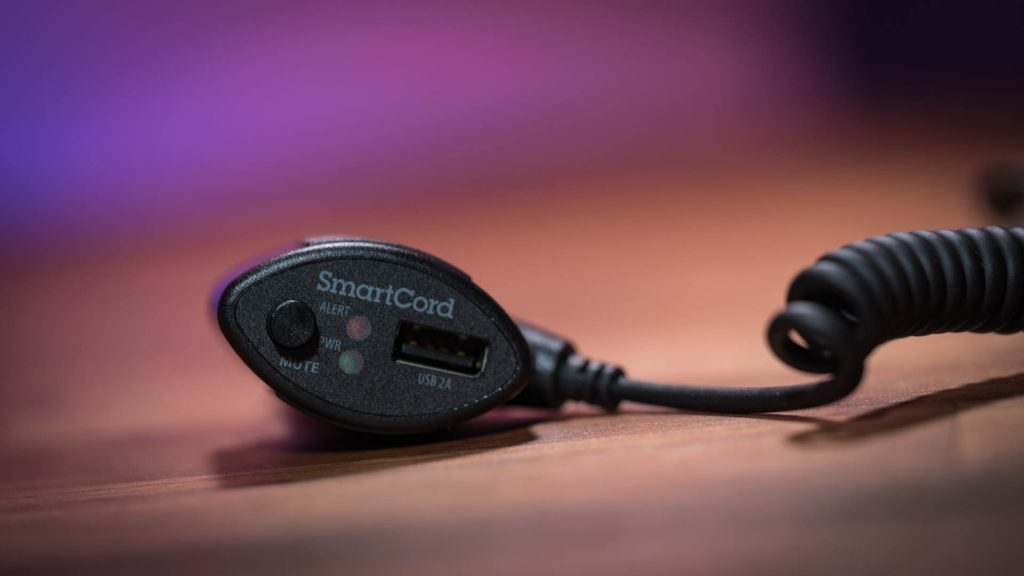 The app itself is pretty simple, and its not necessary to use the detector. It does help to provide a more long-range view of danger zones, by utilizing a network of drivers’ alert information to create a database which delivers updated alerts based on location. Think of this like a Waze feature, where speed traps, red light cameras, speed cameras, and known air patrol locations are reported by drivers and shared with the community.

The Bluetooth connectivity with your phone means that there is another display of your current speed and over speed limit, which gives an additional auditory and visual warning of speeding, and radar detection. While the double warnings could be considered annoying, it really does serve the purpose of getting your attention.

The app also gives a quick way to confirm or deny reported danger zones, as well as saving those your unit detects. Escort’s DEFENDER database has pre-set locations of speed traps and red light cameras, which are visible on the map. While the phone handling while driving can distract a bit, using a dash mount makes things far safer and more intuitive, while keeping your eyes on the road. 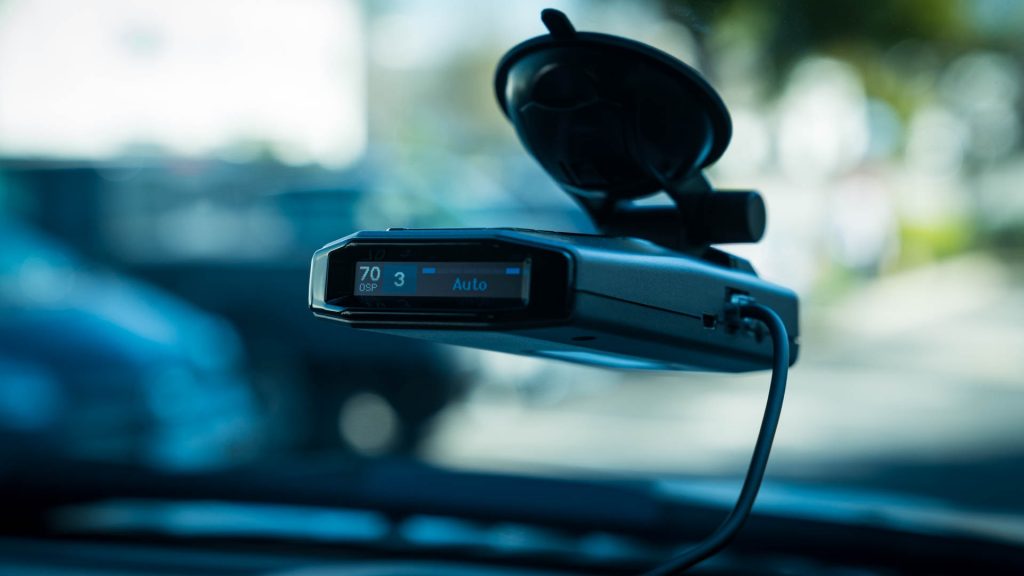 In use, I noticed the speed reading on both the unit itself and the app were accurate, and the super sticky windshield suction cup/magnetic mount combo held the detector rock-solid in place. While at first the frequent audio and visual notifications for over speeding were jarring, they did the job of keeping my speeding to a minimum and prevented speed creep.

On the self-learning side of things, having the GPS connected definitely does help to eliminate false readings on a repeated travel route. My first commute in, the X-band and K-band alerts were going wild, but after a few days they were far less frequent, and only registered at higher levels of detection at that. You can speed up the process by manually marking the alert as false, however I did notice that the unit automatically marked a positive location when I passed a Sheriff’s station repeatedly.

All in all, this unit has enough bells and whistles to deliver reliable data that should aid in reducing the possibility of blowing through a radar trap. The detection is designed for long distance to give an early warning, and the other functions help to curb speeding. Of course nothing is 100% unless you don’t speed in the first place, but the Escort iX gives you a heads up before it’s too late.