HUDWAY glass is augmented reality for your car

By Gregory RiceNovember 8, 2016No Comments 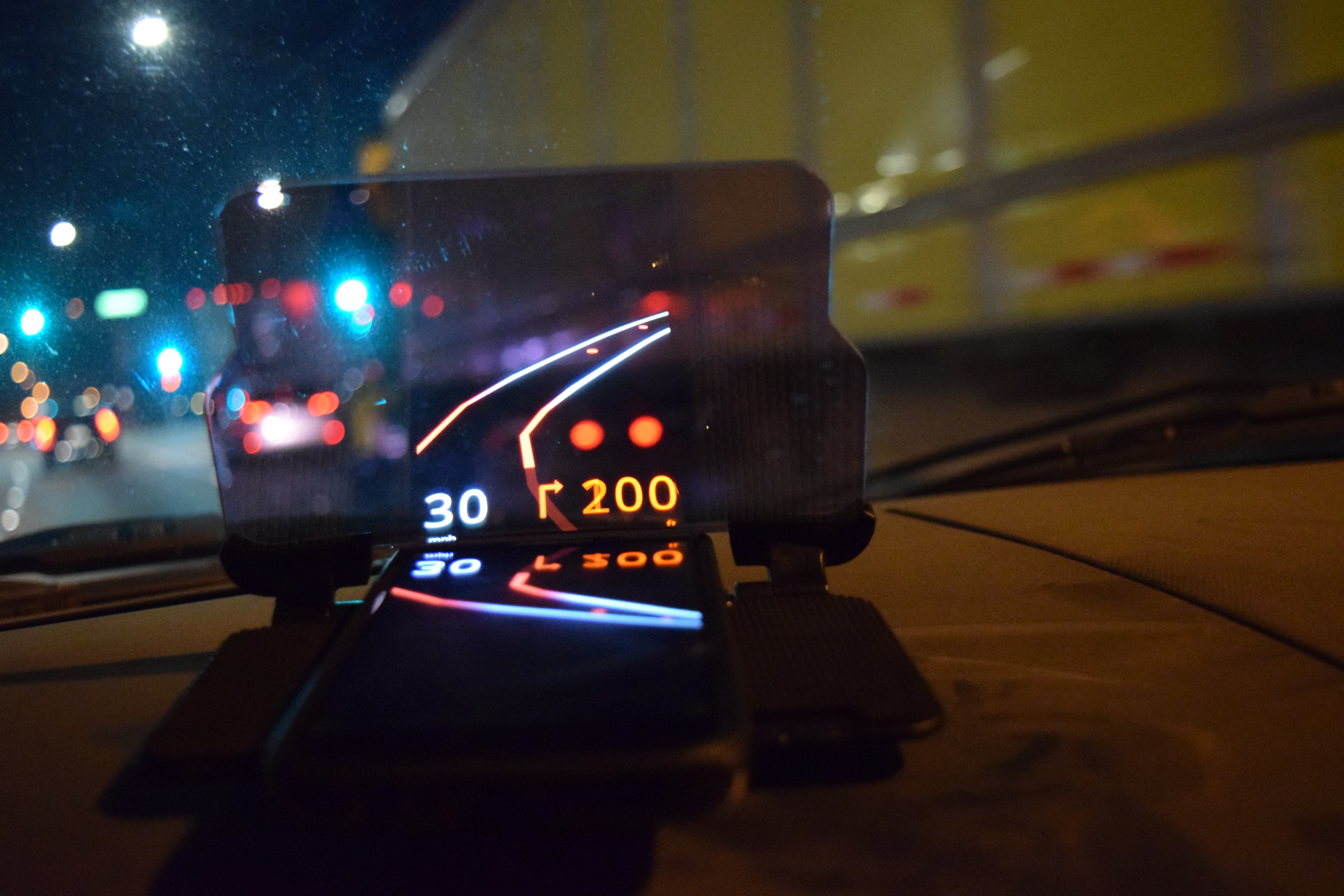 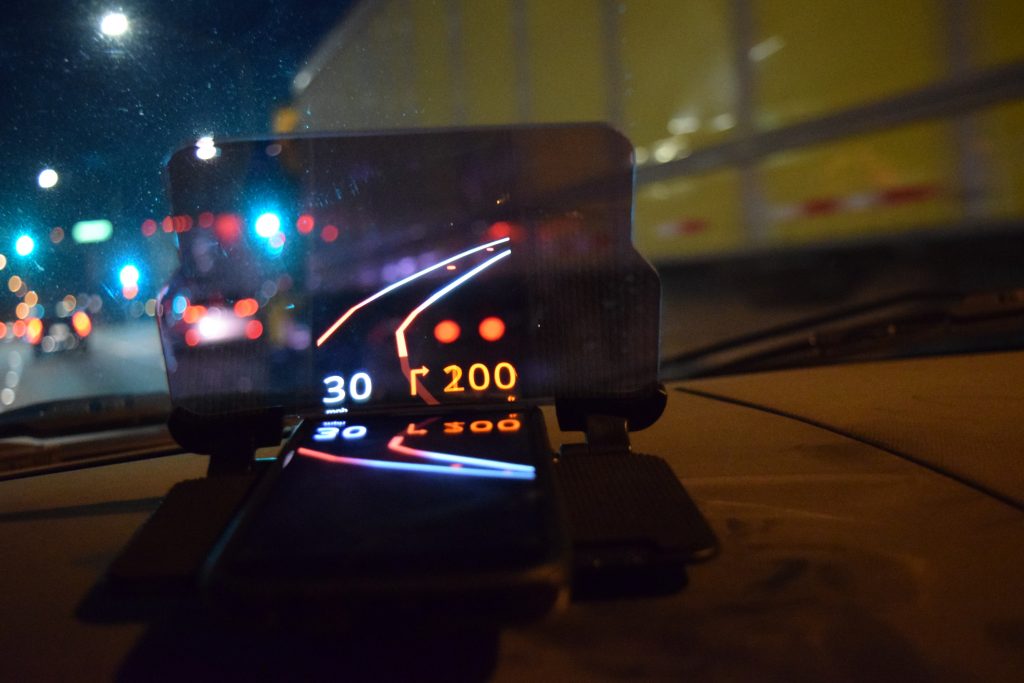 Growing up nothing was cooler than the idea of being a fighter pilot. Maybe this has something to do with being a child raised on Top Gun, or maybe it was just all the awesome tech that they get to use, and of course flying a jet. Heads up displays, or HUDs, were first developed for use in fighter jets to project vital information onto a screen in front of pilots, so they didn’t have to look down at the instrument panels as much – which can be pretty dangerous as you can imagine.

This HUD technology was pretty complex, and took up a fair amount of space in airplanes, but in recent years has been scaled down considerably and simplified for practical use in cars. We just got our hands on a new unit fresh off Indiegogo called HUDWAY. Here’s what you need to know. 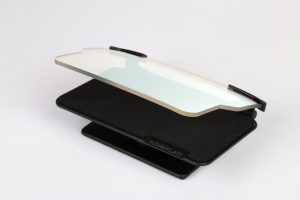 What’s up with heads-up?

While fighter pilots use it for things like altitude, pitch, weapons targeting, and much more, it is far more basic for a driver. Automotive HUDs are used to project readings from the speedometer or tachometer, fuel consumption, and directional information in an AR “infinite” display, which allows the driver to keep their focus on the horizon and road ahead while still getting all the necessary information.

This technology has been mainly featured in high-end luxury vehicles, but recently its started popping up in more affordable vehicles and as a feature of aftermarket accessories.

To over-simplify things, HUDs have two components: the projection unit and the reflective surface. Information needs to be projected in reverse so that the reflection can appear correctly to the operator viewing it, which is the job of the projector.

The reflective surface is very important, because this is where the image is flipped around so that it is clearly visible. Sometimes the information can appear doubled due to the vinyl layer inside the windshield glass that causes interference, which can be fixed with a special film that is included in some HUD units. 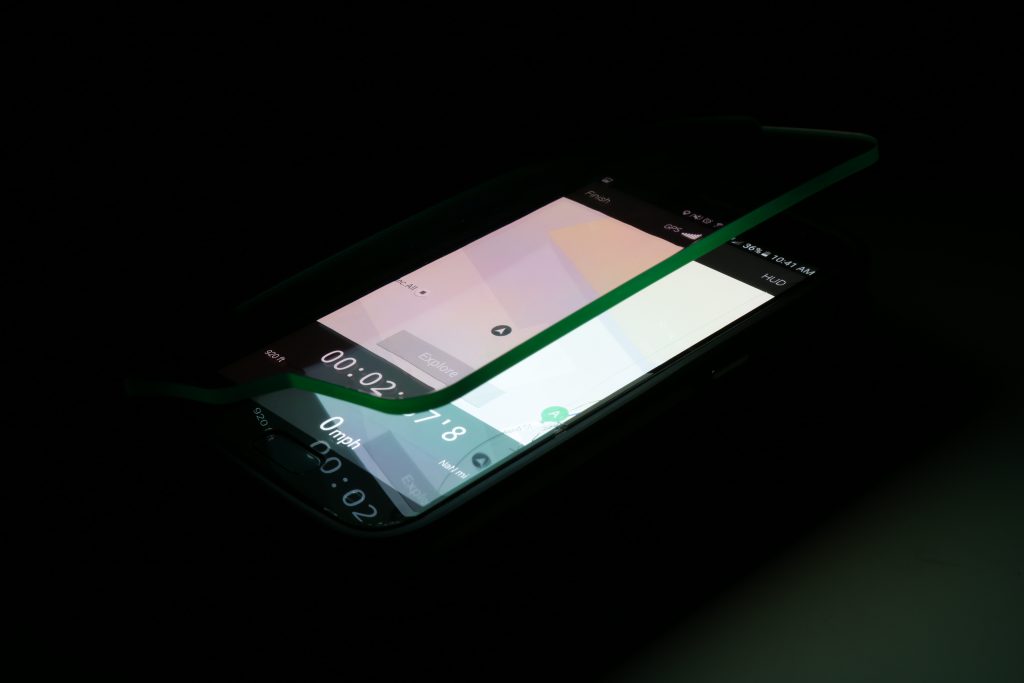 What makes HUDWAY unique is that they have a product that that allows your phone to act as a HUD computer. Now don’t get me wrong, this is by no means a military-grade unit, and it doesn’t have the same functions as luxury car applications. In fact there are no inner workings at all, and it is pretty simple; the little stand adheres to the dashboard, while a rubberized anti-slip surface holds your phone in place, with a high-quality curved glass reflective surface. The design is intended to keep as little in between the driver and safety as possible, displaying the information that is relevant (mainly navigation) right in front of the driver’s eyes. 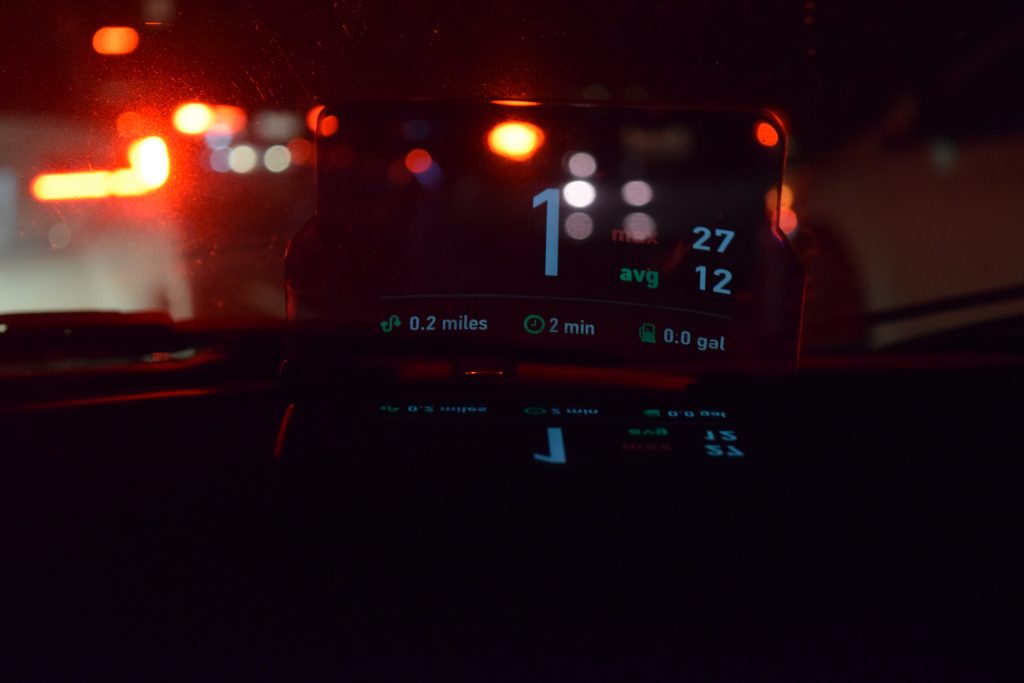 Since the HUDWAY does not have any electronics itself, it relies on available apps to make use of the device. The HUDWAY app and HUDWAY Glass app both operate off  Google Maps, Apple Maps, or OpenStreetMap data, so theoretically they should be just as up-to-date as any other source you would be using on your phone. There are a couple other apps available, such as Speedometer which alerts drivers when they are speeding, as well as some global navigation apps like Sygic and Baidu Maps.

The HUDWAY app has a free version available to use, however it is pretty basic and there are other features that you can pay to gain access to. So far there are only a handful of apps that are designed for HUD use, however since this product is designed to reflect whatever projection you put underneath it, any app that is designed with reverse-projection capabilities can utilize the surface. I noticed that the visibility was much better when passing through shadows, and even more so at night.

HUD technology for automotive use is still developing, and I think that there is some great potential for the market in the years to come. Almost every new car on the market today has a model that comes equipped with a tricked-out infotainment system and a fancy touchscreen, which still takes driver attention away from the road ahead. As augmented reality (AR) becomes more commonplace in consumer products, I predict the touchscreens of today will be soon replaced by HUD units to improve driving safety.