By Derek SwinhartSeptember 24, 2021No Comments 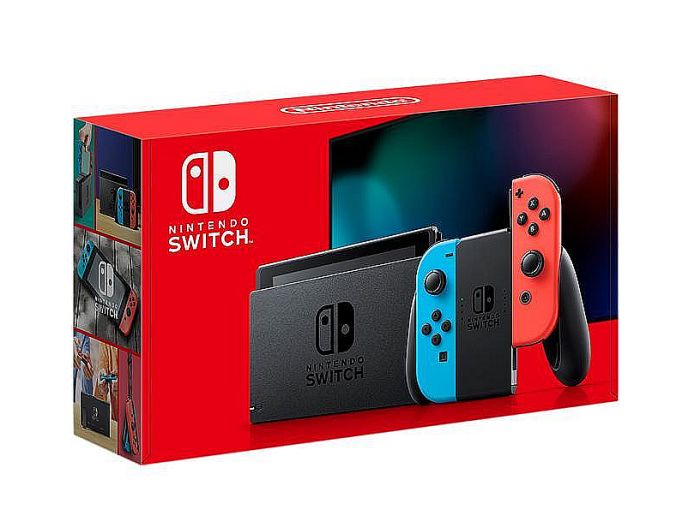 It is that time again! A few more months have passed since E3 2021, and another Nintendo Direct is rolling around. The Direct covered some big games and some small, but nothing hit as heavily as Breath of the Wild 2 or the Metroid Dread reveals. That isn’t to say it wasn’t without some big reveals and surprising ports. Nintendo even went on to share more info about their work outside of the video games industry.

Mario Party Superstars received some coverage, focusing on the return of classic boards and new mechanics that change depending on the in-game time of day. Ultimately, it looks like more Mario Party, so take it or leave it, but it is doubtful it will rock the boat enough to convert new players or turn off long-time fans.

The Direct kicked off with new content for the well-received Monster Hunter Rise – a “massive” expansion under the name of Sunbreak. The new content will be coming in the summer of 2022 and will feature new monsters, new stories, locales, hunting actions, quest ranks, and more. The trailer heavily featured a mysterious and spooky new monster resembling some kind of vampiric Rathalos.

Voice of Cards is a card-based RPG from Yoko Taro, the mind behind the Neir series. The game looks to represent every element as a card, from the main character to the environment, and aims to be a “fresh take” on tabletop RPGs – mixing “skill and luck.” Pre-orders open today, along with a demo so you can try it for yourself.

The one-of-a-kind RPG Disco Elysium is coming to Switch, which should be a great way to enjoy the wild and creative amnesiac detective simulator. Disco Elysium is one of the best games to release in the last few years, and it is good to see it proliferate on more systems.

Nintendo showed off the second content pack for this over-the-top Zelda Musou game. It features the same bonkers combat and hordes of enemies to mow down, as well as some new battles focusing on Kakariko Village. The most intriguing part is the new characters, including what seems to be two characters in one with Purah and Robbie.

We also got to see Chocobo GP, which quite frankly looks like a Mario Kart clone in a Final-Fantasy skin. There seem to be some unique mechanics, with the ability to gather the same power multiple times to increase its strength. The other addition is the ability to have 64-player, bracket-based online tournaments. Ultimately, the racing looks too similar to the iconic kart racer to be truly interesting at first glance, but time will tell.

In a truly bizarre move, Nintendo decided to reveal multiple future Directs within this Direct. There doesn’t seem to be any benefit in squeezing these announcements into this Direct and, it begs the question – “Why not just show them on their own?” We got no information outside of the fact that Smash Bros. Ultimate has one character left to reveal, and they are coming in their own direct on October 5th, 2021.

Kirby and the Forgotten Land (Spring 2022)

In a first for the series – Kirby is going full 3D a-la Mario 64 and Odyssey. The closest thing that comes to mind is the Nintendo 64 title – Kirby 64: The Crystal Shards, which had some pseudo-3D elements – but remained mostly 2.5D. The Forgotten Land looks expansive, taking place in a ruined city and featuring all the trademark powers the series is known for.

Much like the Smash reveal, Nintendo decided to have a trailer within the Direct for another future direct. If that sentence was confusing – you aren’t the only one. It looks like there was a little more info than the Smash reveal, with a tease that Brewster and The Roost are coming with a free content update. There is more planned for a reveal in October with another dedicated direct… sigh.

A 3DS port of the original with all the DLC included.

Mario Golf is getting two new characters – Koopa and Ninji (who?) alongside two new courses. The content all comes in a free update available today.

Dash onto the green & into victory with Koopa Troopa, or use Ninji’s blinding speed to make quick work of your opponents. Plus, two new courses – Blustery Basin and Spiky Palms – are available now! pic.twitter.com/GlocdXrsQZ

KOTR is getting a Switch Port – just in time for the recent announcement of the PS5/PC remake. It should be a great way to experience the game without hassle, as the current PC versions are a little wonky to get working correctly.

It looks like lots of Dying Light is coming to the Switch, with a direct port of the original game’s Platinum Edition – which includes all the DLC added over the many years since release. Dying Light 2: Stay Human is also getting a cloud release for the Switch. Hopefully, the second title can retain the quality of the original after the delays and tumult at the studio.

Project Triangle Strategy (PTS) received a release date today, as well as a trailer showcasing the changes to the game following feedback from the demo. The game looks to be a grid-based JRPG with some visual stylings in the vein of Octopath Traveller. It is good to see devs reacting to demo feedback, even if I never want to write the game’s title again.

What is likely the final trailer for Metroid Dread – we saw some new gameplay, story details, and more info on the planet Samus will be exploring. Needless, the game looks to be a return to form for classic 2D Metroid, and it cannot come soon enough. The focus on horror and revealing more about the iconic Chozo makes Dread look like a unique and epic take on the formula.

What is the dread that waits for Samus?

Stranded on Planet ZDR, when the E.M.M.I. are approaching, Samus’ only option is to survive.#MetroidDread launches for #NintendoSwitch on 10/8. Pre-order now:https://t.co/karEgsXzHM pic.twitter.com/Z6TZkqERNo

Nintendo is FINALLY allowing gamers to dip into their storied back-catalog, even if it’s locked behind their mediocre online service. Unfortunately, we cannot buy the games outright, making this seem like a direct way for Nintendo to combat Game Pass and PlayStation Now. What is even more impressive is the lineup and the inclusion of Sega Genesis titles, with the icing on the cake being the classic controllers made wireless – allowing players to drown the last few years of pain in sweet, sweet nostalgia. More classic titles are on the way in the coming months, making this seem like a subscription service with a long-term tail.

The cyberpunk-fantasy turn-based choice-driven RPG is coming to switch, with all three titles included in a collection. That was a mouthful.

As a bit of a surprise – the Castlevania Advance Collection is out today. The collection features Circle of the Moon, Harmony of Dissonance, and Aria of Sorrow – three games that were original portable-only titles.

Four #Castlevania classics have arisen in one action-packed collection!

Actraiser, a beloved cult-classic is getting a surprise remake, and it is out today! With new visuals and music, as well as some added features.

Deltarune Chapter 2 is coming as a free update to Chapter 1 on Switch.

In a truly bizarre move, Illumination is working with Nintendo to make a 3D animated Mario film. The cast reveal is equally as head-scratching, with Chris Pratt playing Mario, Seth Rogen as Donkey Kong, Jack Black as Bowser & more. We might have an epic film or a beautiful disaster on our hands, either way – we are interested.

Splatoon 3 got a gameplay trailer after its announcement in February, featuring the new local for the game alongside the single-player mode. Something the other two games lacked for the most part. It looks like more Splatoon if you are into that kind of thing, with new moves, weapons, and more.

This elderly Inkling is Craig Cuttlefish. He was once captain of the Squidbeak Splatoon and is a true hero of his day. He recently retired from active duty and passed on his captain’s hat to a brave new leader. No slouch, he’s still patrolling the squid world though. What a guy! pic.twitter.com/3xAzX5JZHP

In the final and possibly biggest (by some standards) reveal, Nintendo finally showed off the absolutely bonkers Bayonetta 3. It looks to feature controllable hair-monster kaiju battles and the titular heroine’s most insane outfit yet. No solid release date was given, but the game looks to be as off the wall as ever with the most ludicrous action the series has seen yet.

WOW – and that is it! Everything from the Nintendo Direct, there was a boatload of announcements, from ports to new titles and, while none of them hit quite like the big reveals we have seen in the past, it was a worthwhile event.

Hopefully, next time we will get some Breath of the Wild 2 gameplay, eh?

Hailing from the mountains of Vermont, Derek is a California-born lover of felines, tech, video games, music, and sci-fi lives with his wife and two cats. He has written for Game Informer Magazine, The Escapist, The Washington Post, and more about video games and the industry.