How to Overclock your PC

By Newegg StaffApril 11, 2013No Comments 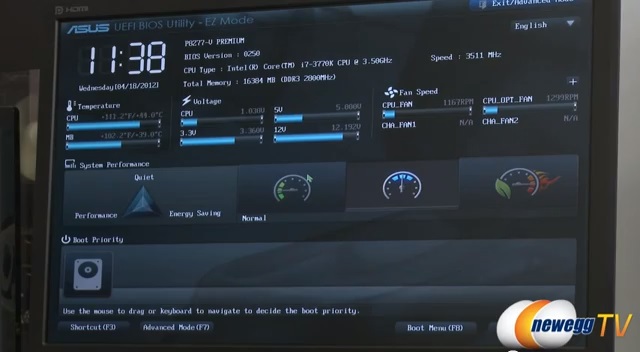 When it comes to computing, sometimes you need a little more power. Whether you’re trying to increase the frame rate of the latest video games or push your processor to the limit, overclocking is a great way to wring every last drop out of your existing hardware. Some users are deterred from trying their hand at overclocking as they think it will damage their gear or destroy sensitive components. However, moderate overclocking is perfectly safe, and can provide your PC with a noticeable boost in speed or processing power. Ready to push your machine further than you thought possible?

Overclocking 101
Simply put, overclocking means pushing your PC’s internal components further than their specified speeds. For example, if your computer’s CPU runs at 2.6GHz, overclocking it would mean pushing the processor’s speed to maybe 2.8GHz. Contrary to popular misconception, you don’t need a high-powered liquid cooling system if you only plan on nudging your PC’s CPU up a speed grade or two, but if you really want to push your processor to the limit, you might want to invest in a dedicated temperature control unit. Similarly, many CPUs can withstand moderate overclocking, as every motherboard manufactured is set to a benchmarked speed to optimize performance within “safe” parameters. This doesn’t mean, however, that it can’t work a little harder – or faster.

Tweaking the BIOS
Overclocking is done by making adjustments to your computer’s BIOS settings. During your PC’s boot cycle, press either “Delete” or “F12” to access your motherboard’s BIOS. From here, you may be able to access the CPU Clock Ratio setting. Another important setting is the BLCK Frequency, which, when adjusted along with the Clock Ratio, can result in significantly faster speeds.

It’s worth noting, however, that not all CPUs can be overclocked. If this is the case, you won’t see any options to change the Clock Ratio in the BIOS and you’ll have to invest in a faster motherboard. Fortunately, Newegg.com has dozens of the latest – and fastest – computer components, from motherboards and RAM to GPUs and cooling systems.

Of course, delving into the inner workings of your PC’s BIOS should only be done if you’re confident you know what you’re doing. Changing settings in the BIOS can render your PC useless if you’re not careful, so if you’re not sure what to do, either back up your hard drive and use a separate partition for BIOS tweaking or simply leave it alone.

For a more in-depth look at overclocking Intel’s 3rd Generation Core Processors, check out this video from Newegg TV: