The nuts and bolts of surveillance drives

This article is brought to you by Seagate’s SkyHawk Surveillance Drives, available now on Newegg.

Whatever your data storage needs these days, there’s a hard drive specifically engineered for you. Surveillance drives such as Seagate’s SkyHawk are a subset of hard drives built to process large volumes of data from high definition cameras as accurately as possible while still focusing on maximizing the drive’s lifespan and power consumption with 24/7 read/write recording setups in mind.

Surveillance drives aren’t meant to slot into your average desktop PC, but they offer ideal performance for anyone looking to set up a high-end security system, at a similar price-per-terabyte to traditional hard disk drives.

A Matter of Security 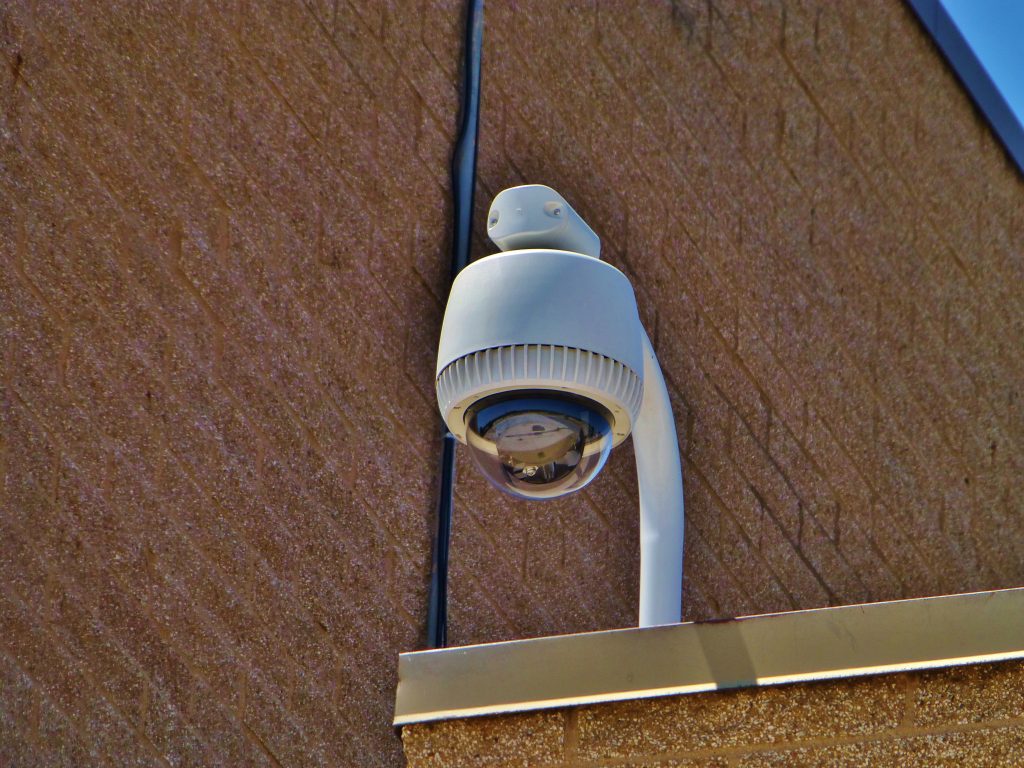 To understand exactly why you need a specialized HDD for video surveillance it’s important to understand the demands they’re built to serve. High tech security systems, whether they’re functioning on a commercial level involving dozens of cameras or a home security system with only one or two, need to be able to constantly write multiple streams of HD footage to the disk as efficiently and as accurately as possible. A failed drive, or even just a few crucial seconds where the hard drives decide to drop frames, could mean the loss of information vital to catching someone perpetrating a crime on tape.

These days anyone that’s interested in setting up any kind of security network should be considering surveillance drives to make sure that every camera in their system can record and report what they’re seeing as accurately as possible with no loss in quality.

Of course the key complication here is that every camera in a security system is always on, always recording, and always transmitting that data back along the network to your HDD. When you’re only dealing with one or two cameras it hardly seems like an impressive feat, but when you multiply that by dozens or even hundreds of cameras suddenly that HDD has to handle an extremely dense stream of data that needs to be recorded as accurately as possible, 24 hours a day.

That’s a task that makes traditional hard drives grunt under the workload. They’ll likely still function and might even do the job in the short term, but they aren’t designed to transfer large volumes of data 24 hours a day, and they’re not nearly as reliable for storing security footage as a surveillance drive.

Handling multiple streams of HD footage is a lot like weaving a rope on one side of a wall while it’s being pulled through a small hole by someone on the other side. Each stream of video represents a strand of thread in the rope, and the person on the other side of the wall pulling is the rate at which the hard drive writes data, while the hole is the maximum amount of data that the drive can handle at any given time.

As more strands are added to the weave the rope becomes thicker and harder to pull, and after a certain point, though the worker can still pull the rope through the hole, the rope becomes so thick that the hole itself begins to damage strands as the worker continues to pull. All of this inevitably puts a lot of strain on the worker, and the longer he’s forced to perform with this much resistance the more likely he is to burn out, make mistakes, or quit on you.

A standard HDD is a worker that’s being paid to pull rope 8-10 hours a day through a hole with a very specific size, meant to only handle a few strings of data at any given time. Any more than that and the broken strands begin to show in the form of dropped frames and missing footage, and inevitably the drive is going to reach the end of its lifespan and fail.

That isn’t to say that there’s anything wrong with a standard HDD, or that you should consider slotting a surveillance drive into your main rig, because they’re  superior in performing some day-to-day tasks. Standard hard drives (like Seagate’s Barracuda) are just better at different things, specifically the kind of performance you want out of a typical PC, and they’re fantastic at both reading and writing small- to medium-size files sporadically throughout the day, but they’re not built to withstand the constant transfers of massive amounts of data that you see in even a small home security system. 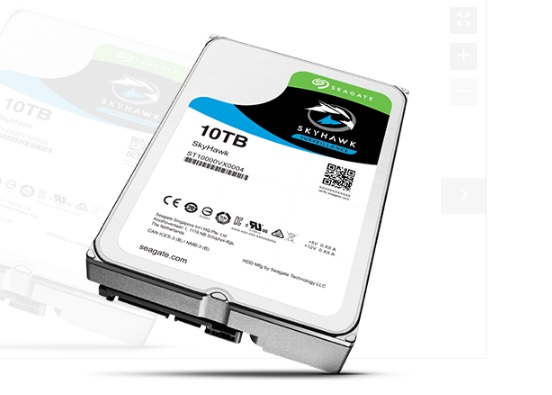 What makes surveillance drives so special is their specific focus on writing extremely large amounts of data extremely fast. To do that they have a couple of extra features to make things a lot easier on the drive. Surveillance drives utilize something called ATA streaming command sets to make the whole process of pulling the rope easier. They also come with a specific workload rating that tells you exactly how much data you want to run through this drive per year to keep it at the lowest possible chance of failure, and in general are designed around the concept of 24 hour functionality to maximize the life of the drive based off these two tools while keeping power consumption at an absolute minimum to reduce cost in the long term (which can become a real issue when multiple drives are in play).

ATA streaming command sets are a list of values that tell the HDD exactly how long it’ll take to read and write data to the disk for each formatted sector on the drive, with that information in hand the HDD can optimize the workload to read/write data as fast as possible. These command sets function like adding several weavers to the mix, each carefully observing the hole, the rope, and the worker to tell him exactly how hard to pull and carefully calculating the optimum number of strands to weave into the rope based on the size of the hole. This reduces the strain on the worker (though not the strain on our metaphor) while also maximizing the efficiency of transcribing the data to the HDD, allowing the worker to work smarter, rather than harder.

A drive’s workload rating is a carefully calculated value that gives you an insight into how much data you should be pushing through the drive to maximize performance without putting it in particular danger of failing. Think of it as the exact number of hours that any worker would be willing to work in a given year to maximize their productivity and their happiness without burning them out and forcing them to retire from the illustrious field of rope-pulling forever.

A workload rating is always measured via data over time, so in the case of a surveillance drive like the Seagate SkyHawk, you have the capacity for up to 180TB/Year, so a single SkyHawk should never be processing more than 180TBs of data in any single year if you want to keep things running smoothly.

It’s important to keep in mind the exact throughput of your combined surveillance system when selecting the number and quality of your hard drives. In this case the workload rating of the SkyHawk is nearly three times the workload rating of a standard HDD, which effectively means that you’ll be able to write three times as much data to the SkyHawk per year as you would to a standard HDD. Of course more cameras means more data, so if you’re rolling with a system that’s pushing over the 180TB/Year threshold you should consider adding another drive to your rig to split the workload.

All in all this means that your average surveillance drive is specifically good at receiving data, and writing it to a disk 24 hours a day, 7 days a week, but that a single drive has its limits, which is where ideally multi-drive RAID setups would come into play. RAID setups allow you to both increase the total capacity of your drives and stay as far away from the workload rating limit as possible. 10TBs of storage is enough to store 10,000 hours of footage, which is a heck of a video buffer, but it never hurts to have extra space to make sure that you have plenty of space between you and a full hard drive. especially when you’re splitting 10,000 hours of storage across multiple cameras, angles, and perspectives throughout your system.

If you’re considering any kind of surveillance system for your home, office, or corporation it’s important to choose the right technology to fit your needs, and surveillance drives like the SkyHawk are pitch perfect examples of HDDs engineered to fill the void of a technological niche, adding reliability, efficiency, and above all peace of mind to a system that can’t afford to be anything but perfectly reliable.

Find the right Seagate drive for your needs on Newegg

I'm a writer from the dusty hills of Hermiston Oregon. I love a challenge and anything that pushes me past my limits both intellectually and physically. To that end you'll usually find me with my head stuck in a book or a PC build, or practicing some kind of Martial Art.