Should Wearable Technology Be Banned? 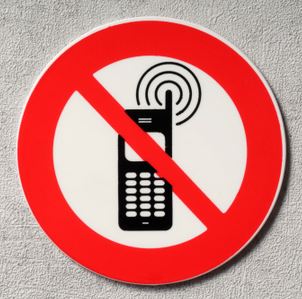 Last week Google Glass officially launched in the United Kingdom. For the sum of 1,000 pounds ($1,700 USD), any U.K. consumer who is interested in testing out one of the most advanced pieces of technology can do so. Unfortunately, not everyone wants this to happen – namely the movie theater industry.

According to The Inquirer, “cinema officials in Britain have been quick to announce that the expensive eyewear will not be welcome in theaters, citing fears that the glasses could be used to make pirated copies of movies.” Despite Google Glass being capable of recording only 45 minutes of video before its battery needs recharging, one Google Glass wearer inside a London Leicester Square cinema has already been asked to remove his eyewear.

Here in America, a Google Glass wearer who turned off the device but kept it on his head because it was fitted with prescription lenses was detained and questioned by the FBI for three and a half hours. The feds had received an anonymous tip that the Glass wearer was responsible for a string of piracy incidents but let him go when they couldn’t prove he was recording anything.

“About an hour into the movie, a guy comes near my seat, shoves a badge that had some sort of shield on it, yanks the Google Glass off my face and says, ‘follow me outside immediately.’ It was quite embarrassing and outside of the theater were about 10 cops.”

Google Glass isn’t the only technology that has been banned recently. Like the majority of the country, New Mexico has just outlawed texting-and-driving and only six states still allow drivers to do so. While this is a dangerous activity that deserves attention, a small fine isn’t enough of a deterrent for people to stop.

In a study conducted by the University of Michigan’s Transportation Research Institute, “a quarter of teens respond to a text message once or more every time they drive. Twenty percent of teens and Ten percent of parents admit that they have extended, multi-message text conversations while driving.”

Clearly, banning technology while driving is not working as the number of phone-related crashes has soared to 1.6 million per year – injuring over a half million people while killing 6,000. When you factor in other technology-related distractions like car stereos, navigation systems, or even cup holders; these statistics are much greater.

“Individuals who drive while sending or reading text messages are 23 percent more likely to be involved in a car crash than other drivers. A crash typically happens within an average of three seconds after a driver is distracted.”

There’s a big difference between banning Google Glass inside movie theaters and text messaging while driving, but the end result is the same: people will still do whatever they want. Technology has become such a major part of our lives that people are refusing to obey laws from the government or requests from businesses. It has literally become more important to use our gadgets every possible second, than to put them away for a few minutes. Finding a solution to this problem is not only difficult, but necessary.

Some people have argued that laws or education are not the answer to solving this riddle. They believe the best way to combat this issue is with technology itself. For example: if Google Glass only worked when connected to Google-sanctioned Wi-Fi hotspots or text messaging was disabled automatically when a phone was inside a car; there would be no need for laws or fines regarding the use of this technology. But the problem then turns into an issue about our freedom.

Do we really want to live in a world that tells us what technology we can and can’t use? I sure don’t. But I do think it’s important that everyone is on the same page when it comes to what’s acceptable and what isn’t. Technology has made this one of the greatest times to be alive, but a totalitarian dystopia where we can’t use it is not the answer.

What do you think? Should we ban certain technology like Google Glass inside movie theaters and text messaging while driving? Should we control this technology with other technology because people aren’t obeying laws and requests? Should we let people run free and do whatever they want with technology? Or is there a middle ground that we can all live with?