The White House Will Host a Maker Faire 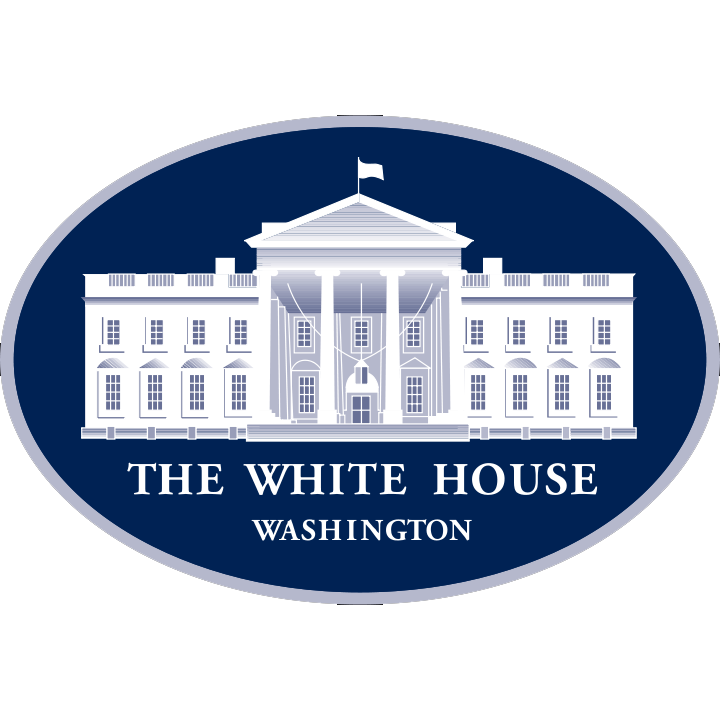 Not that I frequent government websites, but if you were to happen upon the official website of the White House yesterday, you would have been in for a surprise: yesterday, President Obama hosted the first-ever Maker Faire in the White House. If you missed it, here was the home page: 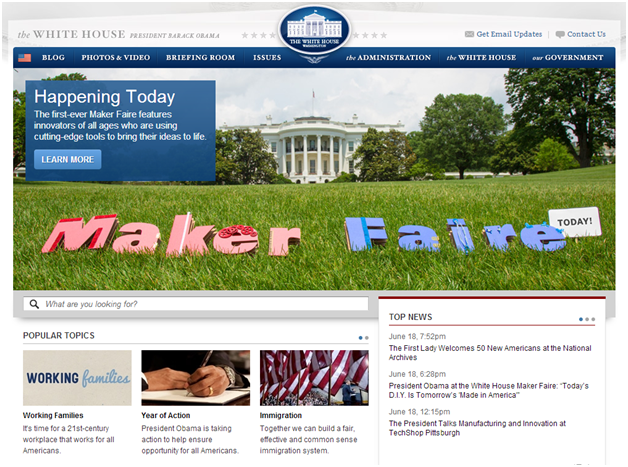 Obama hosted the first-ever White House Maker Faire on Wednesday. Over 100 Makers from across the nation attended the fair, setting up over 30 exhibits in and around the White House. The exhibits, though extraordinary by everyday standards, represented a “typical day” in the Maker universe. A giant electro-mechanical giraffe “walked” along outside the White House.  David Perry, of Portland, OR, happily played tunes on his 3D-printed electric “F-F-Fiddle.” Dozens of attendees even rode around in cupcake bicycles.

The White House Maker Faire launches a day after Obama’s official proclamation that June 18, 2014 was to be known as a National Day of Making. In his proclamation, Obama called upon “all Americans to observe this day with programs, ceremonies, and activities that encourage a new generation of makers and manufacturers to share their talents and hone their skills.”

Why is Obama so engaged in the Maker community, you ask? It’s all in an overall effort to bring back manufacturing to the United States, and to help spur innovation and entrepreneurship by tapping into the maker spirit. According to Obama, America has historically had a tradition of invention and innovation:

“Our parents and our grandparents created the world’s largest economy and strongest middle class not by buying stuff, but by building stuff — by making stuff, by tinkering and inventing and building; by making and selling things first in a growing national market and then in an international market — stuff “Made in America.”

Along with the symbolic proclamation and celebration, the Obama administration is working with hundreds of institutions, including colleges, universities, libraries, and companies, to promote the creation of Makerspaces, the teaching of Making, and the accessibility of Making tools. Some of these initiatives include the following:

Along with this, many companies from the private sector are lending a hand as well:

The hope is that American communities and companies will follow in the footsteps of these initiatives and contribute to boost manufacturing in America by pushing the Maker Movement.

One of the most important benefits that these efforts bring to the Maker community is exposure. The Maker Movement is growing steadily, and its ideas may be embedded in our history, but it is by no means mainstream. Can these steps propel the Maker spirit into households across America? And can the Obama administration, with the help of many institutions across the States, leverage the Maker Movement to reinforce the American economy? It remains to be seen.