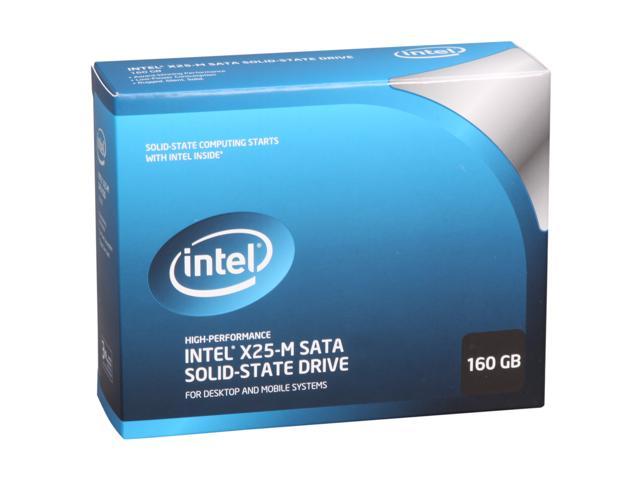 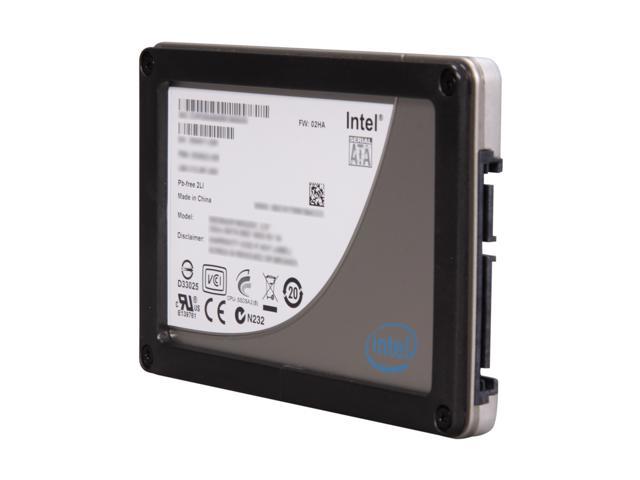 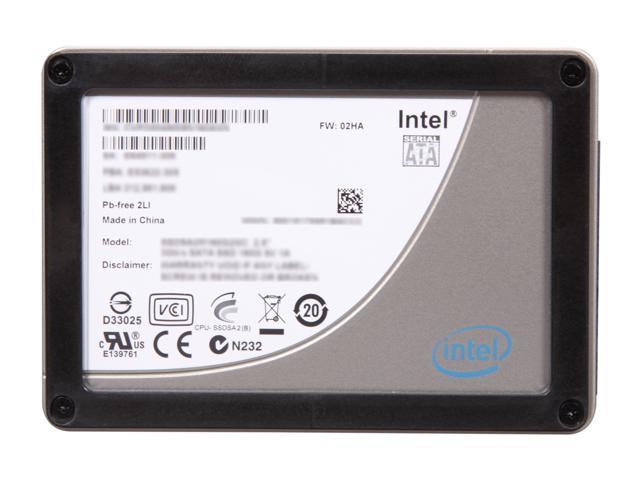 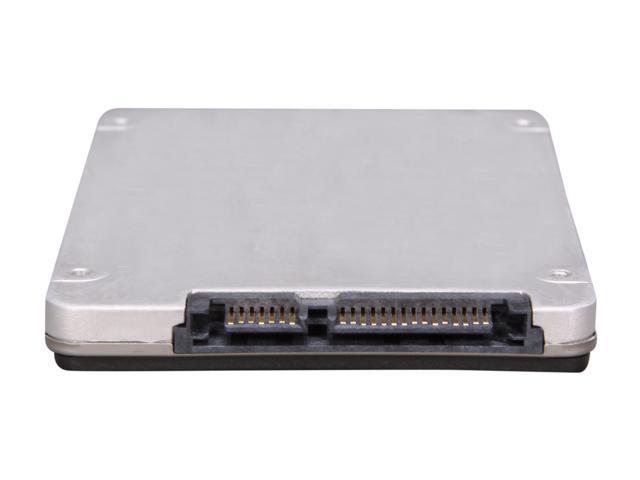 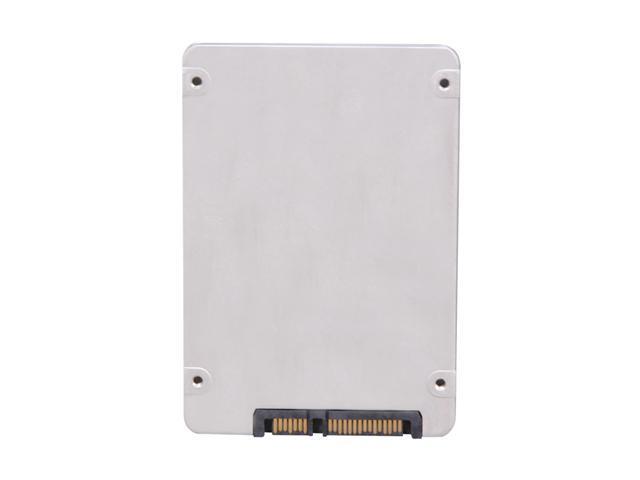 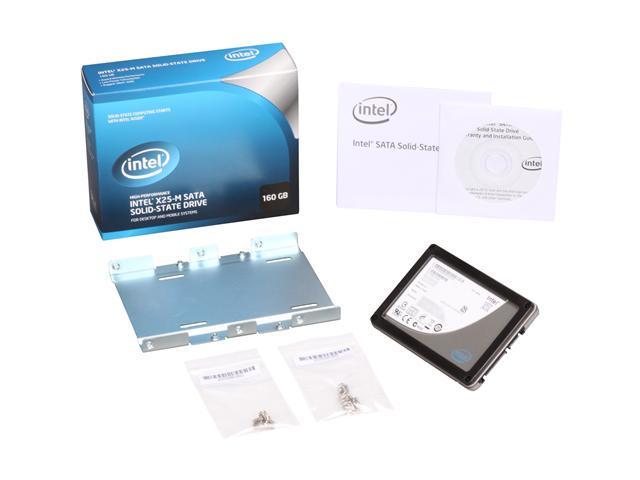 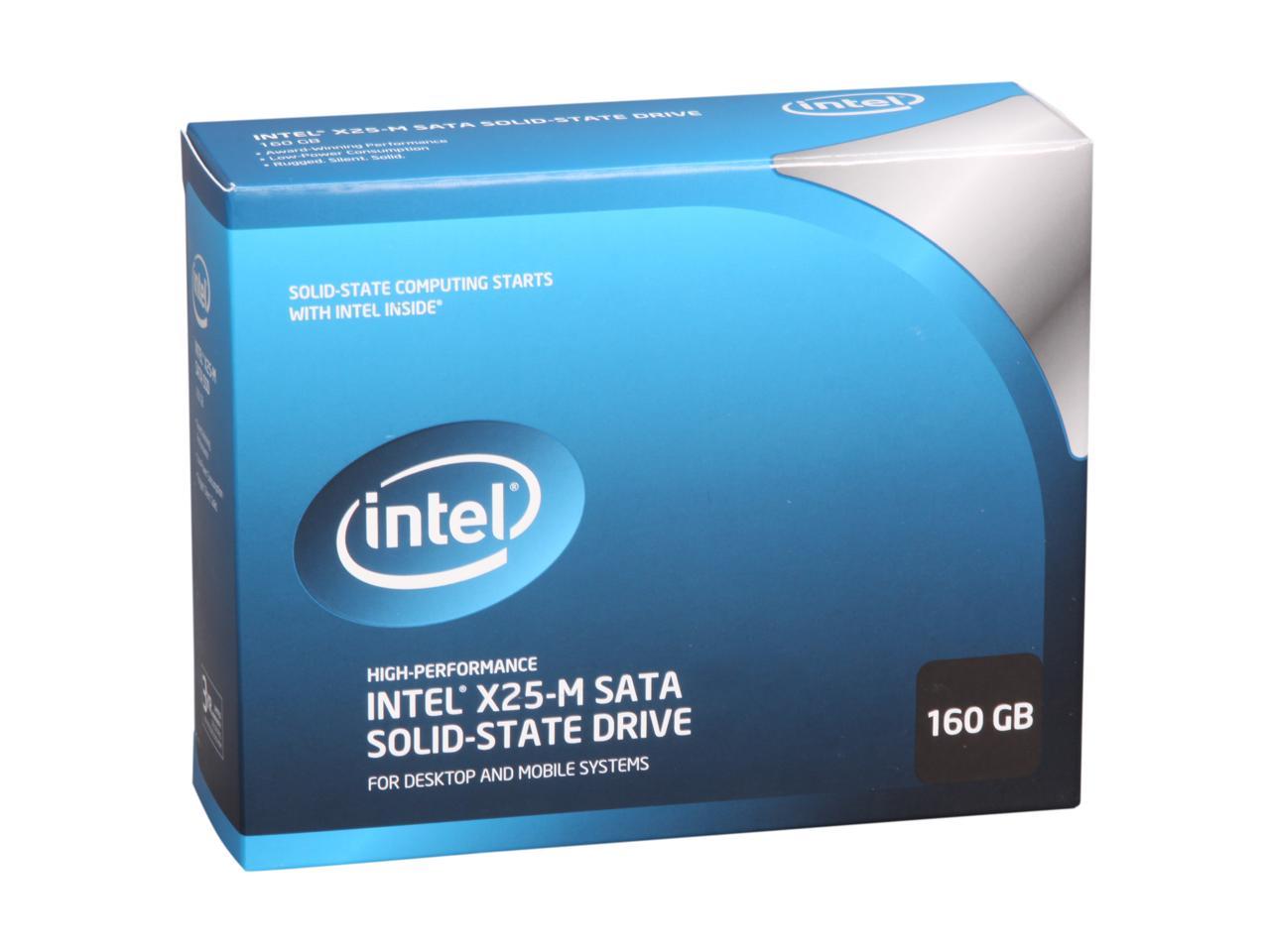 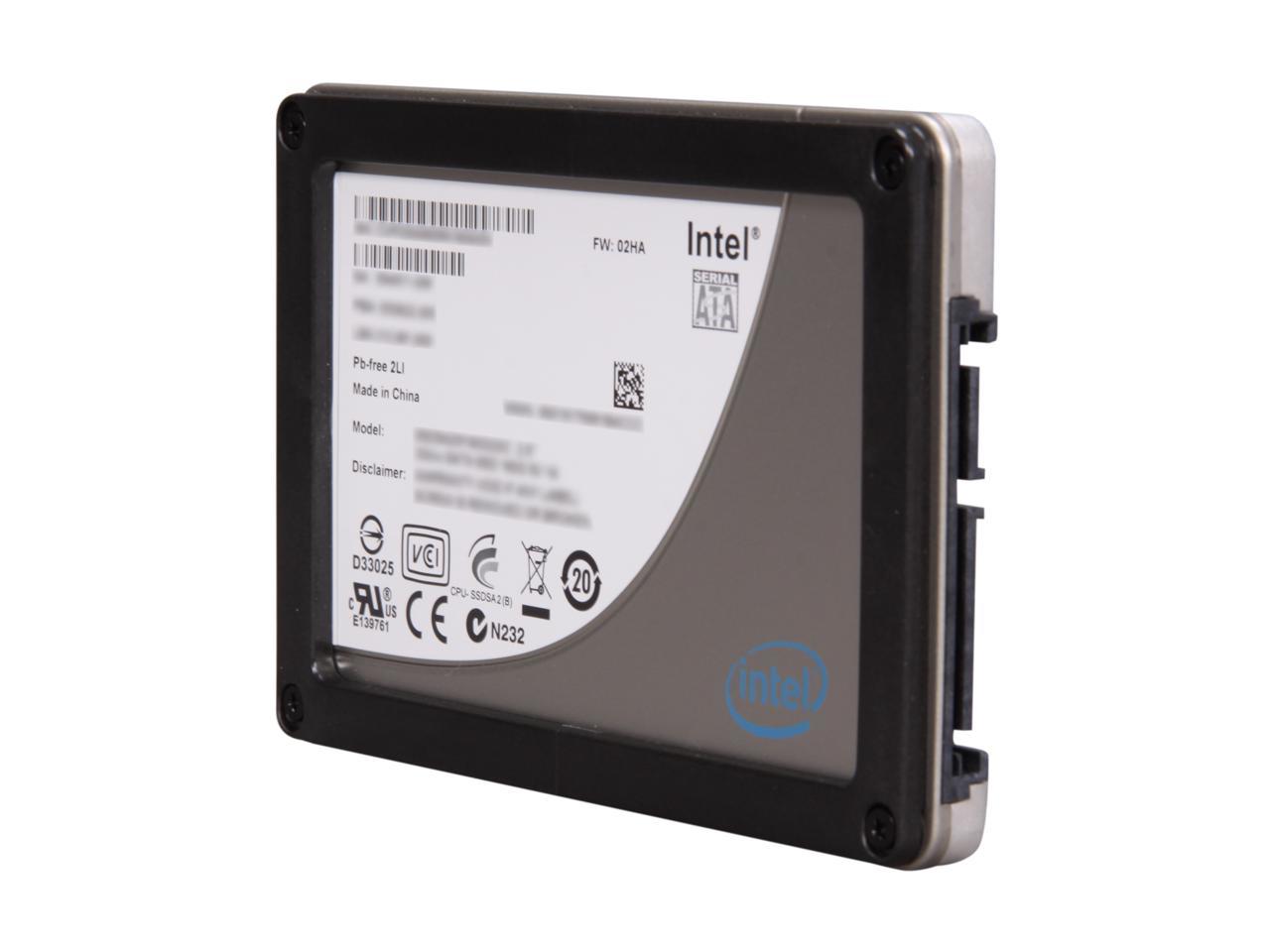 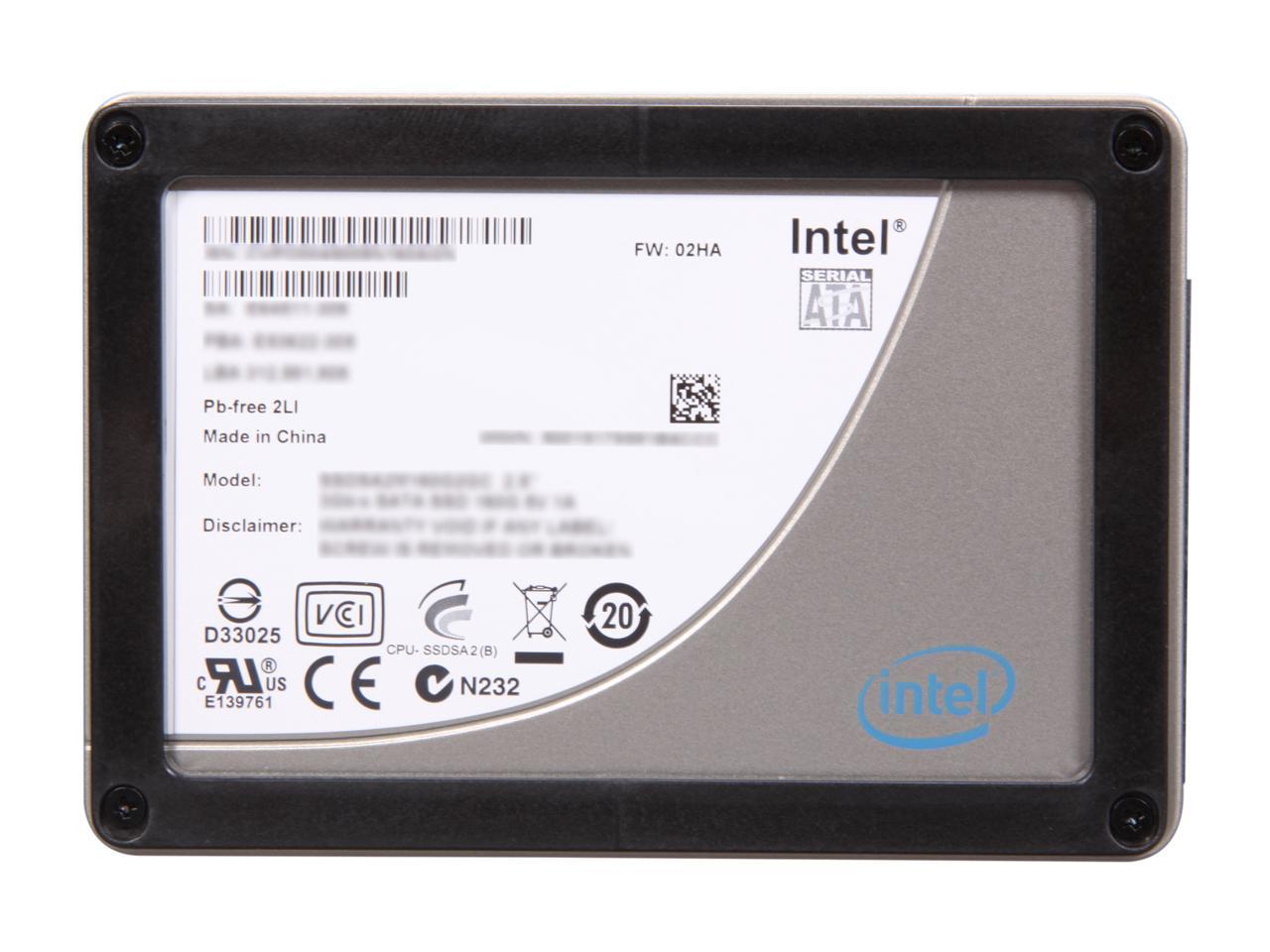 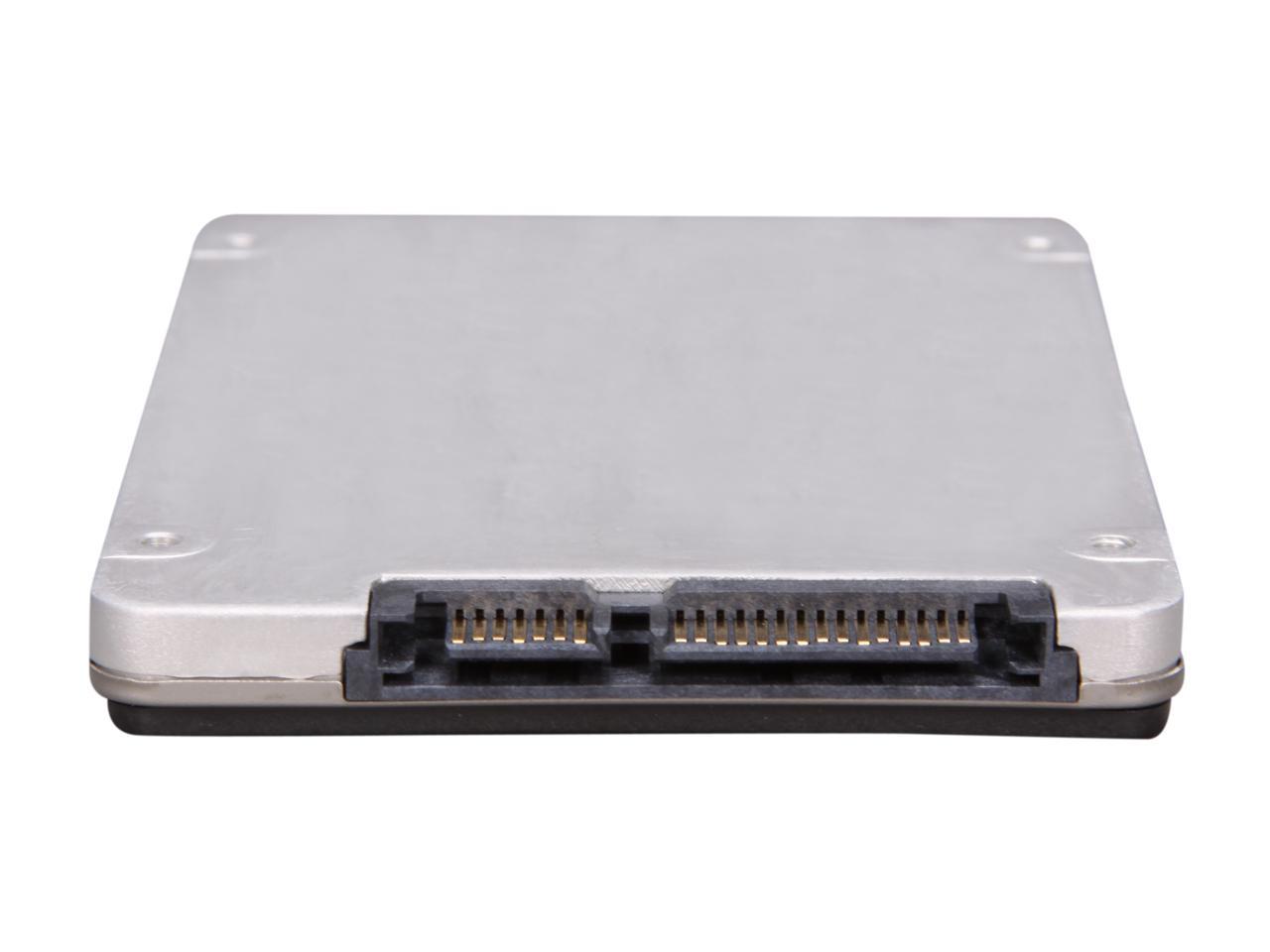 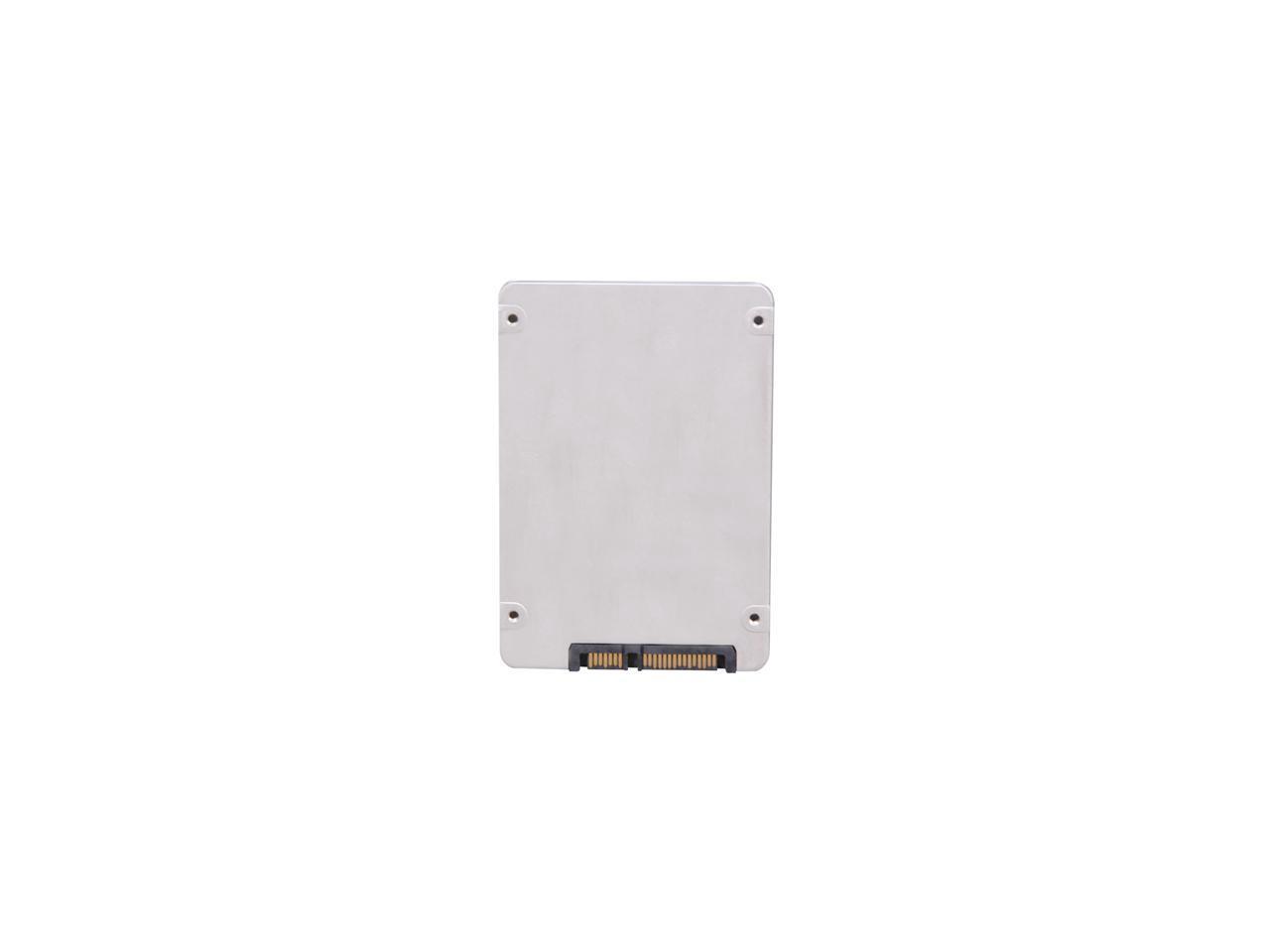 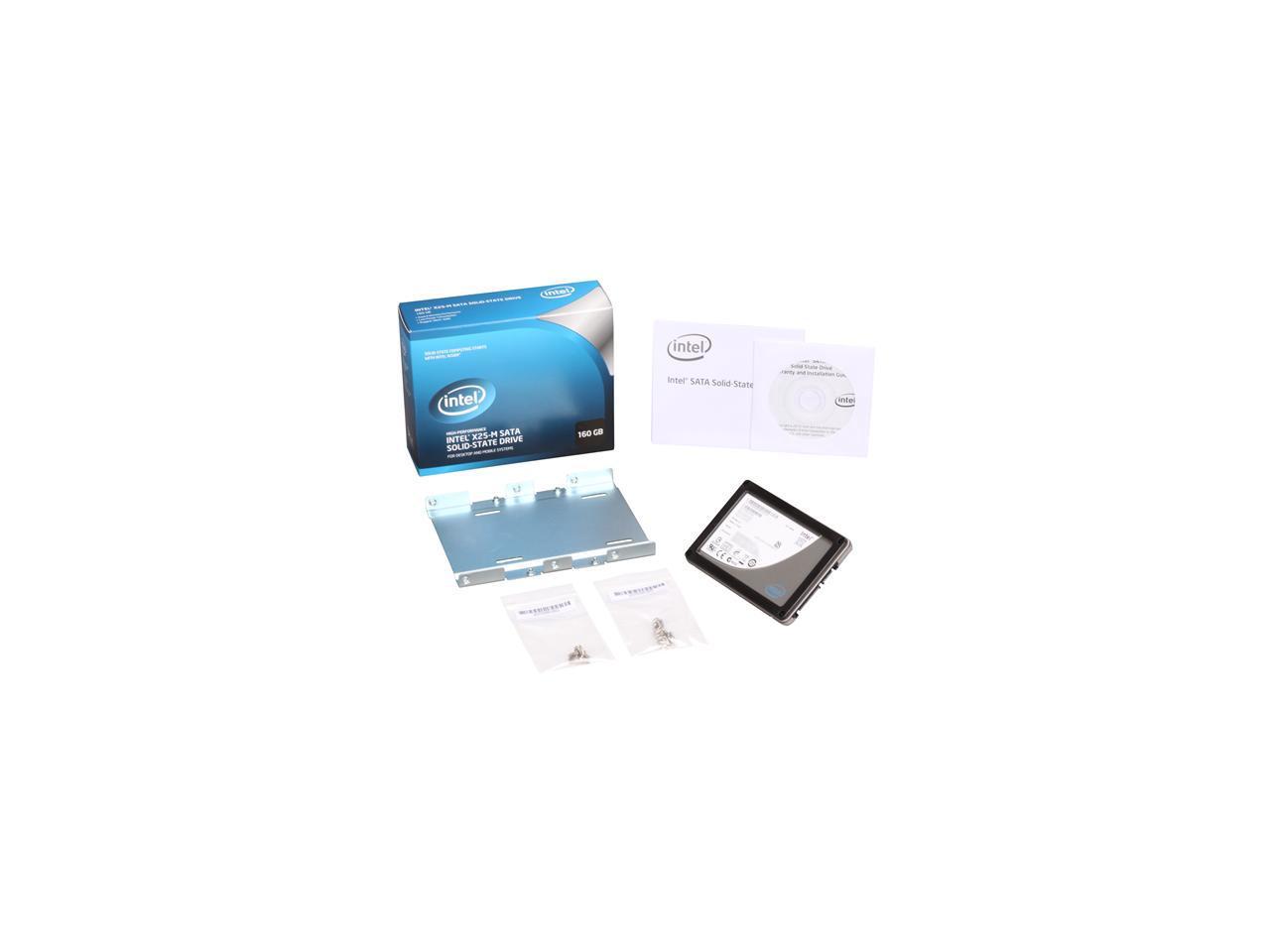 (97) Write a Review
OUT OF STOCK.
Overview
Specs
Reviews
Why wait when you can get more accomplished with a solid state drive by Intel?
Say goodbye to long load times and cold system boots. This Intel SSD makes sure you get where you need to go fast. Since there are no moving parts, there's no need to wait for platters to spin and less worry that a mechanical piece will fail. Average sequential read speeds are 250MB/s and write speeds are 100MB/s. You won't have time to leave your desk next time you have to move over a large file. With 160GBs of space, you'll have plenty of room to store your important programs for the fastest performance you'll ever experience.

Learn more about the Intel SSDSA2MH160G2R5

Overall Review: There is no need to discuss performance here because anyone who is thinking about putting down this much money for a drive already knows these things are KILLER. I,m just saying there is no pre-release firmware problem now, the newest update tool seems to work just fine, and TRIM is here.

Pros: Super-fast reads, though "merely" fast writes. Intel quality. Boots on Windows 7 15 seconds from Start Windows to login, 2 seconds after login to desktop. Software installs fly. Firmware update is painless, easy before installing Windows 7 clean. For an aging HP dv7-1020us laptop (2.26 gHz Core2 Duo, 4GB DDD2), is far, far better than any processor upgrade (and without tearing the laptop apart), extends laptop usefulness. Ships in a Newegg box, not an envelope, thank you. In all, highly impressive, not mind-boggling.

Cons: None. Hard to avoid bragging to friends/colleagues.

Overall Review: Waiting for Intel to support TRIM on SSD RAID configurations. Once that happens, I'll definitely install another for RAID0. I will never again use a traditional HDD for my main drive. If this is your primary drive on a desktop, even with TRIM support, make sure you optimize your system for your SSD to ensure its performance stays top-notch throughout its life (stop system restore points or place them on another drive, disable or reduce indexing, place paging file and virtual memory on another drive, place TMP/TEMP variables on another drive, etc).

Pros: It really is as fast as you thin kit is... 1 of these beats my raid0 of 4 wd caviar black by a mile. Bought 1 for my work computer and I like it so much I just ordered 3 more of them for my home computer to raid0 (need the space).

Cons: Expensive "SSD" but it's worth every peny.

Overall Review: I previously had 4 x WD Caviar black 64mb cache in raid 0 and benching some serious figures (650mb/s average but just one of these benches less than 1/3 of that yet everything is instantaneous, boots, app launches etc, this is really what. it's all about I/O, not just benchmark figures...

Pros: Really fast. The best money that you can spend for a laptop upgrade. Boot time is crazy fast. Programs load in a fraction of the time needed with a 7200 rpm drive. Stupid simple to install on my T60p. Firmware update was also a no-brainer. I replaced an older Intel 80 gig SSD that was getting a little small. This later generation one is also much faster. Generally the added bonus with the SSD above the speed benefits are the wonderful quiet, the lack of heat, and increased battery life. I also upgraded to Windows 7 Home Premium when I installed the drive.

Cons: They are somewhat expensive, but once you have one, there is just no going back.

Overall Review: This is my second Newegg/Intel SSD purchase and I probably won't look at anything else, anywhere else.

Pros: This drive is smokin' fast! It cut my start up time in half from my old WD Raptor (now 37 seconds from the time I push the power button until my desktop is fully loaded and ready to go, antivirus, everything). As recommended, I went to Intel's website and downloaded the flash utility, very quick and easy. If you are serious about upgrading your computer's performance I would highly recommend this drive. No moving parts and therefore absolutely silent.

Cons: Price, cost/GB. Out of the box, I had some stuttering, but after flashing the drive that went away. The drive froze during my first attempt to install Windows 7. Second time, no problems. After loading Win 7, it was 14% fragmented, cleaned that up and it has been 0% fragmented since.

Overall Review: Pricey, but well worth it. The SSD toolbox utility is a great way to keep an eye on your drive's health and performance (download from Intel). No need for a USB flash drive, Win 7 says the drive is fast enough that it doesn't need readyboost (I'm getting 7.5 on the system performance rating). To get the most out of this drive, make sure your motehrboard supports SATA II. The drive came with an adapter plate for 3.5" driver bays, but it didn't come with an SATA II cable. Fast shipping, thanks Newegg, that's why I am a repeat customer. :) Rig: MSI NF980-G65 mobo AMD Phenom II x 4 965 processor 8 G Patriot Viper DDR3 memory 2x Gigabyte GTX 260 SOC GPUs

Pros: This drive has worked flawlessly since I installed it 3 month ago. It has been fast, reliable and seamless in its operation.

Cons: Here is a lessoned learned that does not reflect badly on the X25-M but is a must know. Initial flash of X25-M firmware to latest, via CD, failed until I disabled the "A" drive in the motherboard bios. After that, it flashed without issue. Non-solid state drives installed on the computer will limit the read/write speed of the SSD when transferring data between them.

Overall Review: I am using Windows 7 on a 680i based motherboard. The 680i motherboard chipset does not support AHCI, but this is NOT a problem, as TRIM works fine using the "standard dual channel PCI/IDE controller" and Windows 7. A change from "standard dual channel PCI/IDE controller" to "Nvidia nForce Serial ATA Controller" was necessary to get the SSD Toolbox from Intel to recognize the drive. Again, the toolbox is not necessary for TRIM if Windows 7 is used but it has some other features you can explore.

Pros: Drive installed as and worked as expected. Updated the firmware and imaged my 2 Raid 0 Raptors boot drive. Removed Raptors and all was well. Immediate speed improvement! Great drive.

Overall Review: Wish the price would fall on these. I would like to convert all spinning drives to SSD