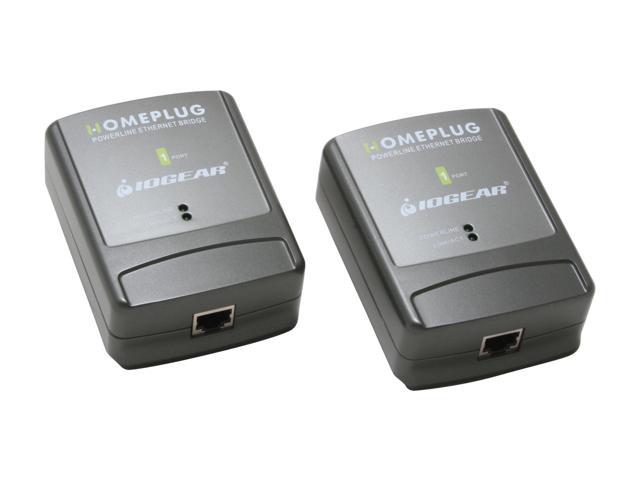 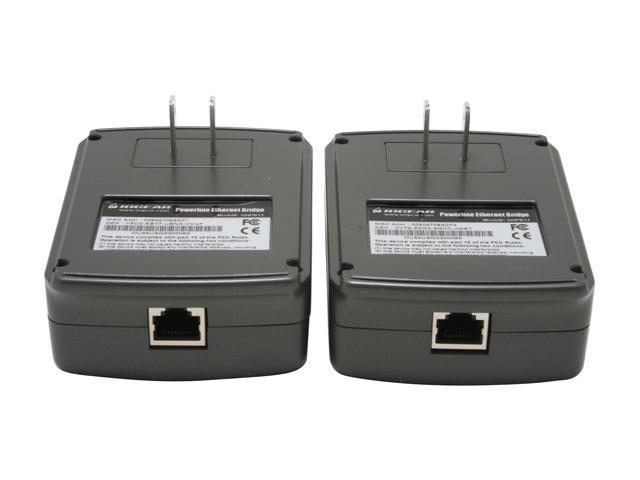 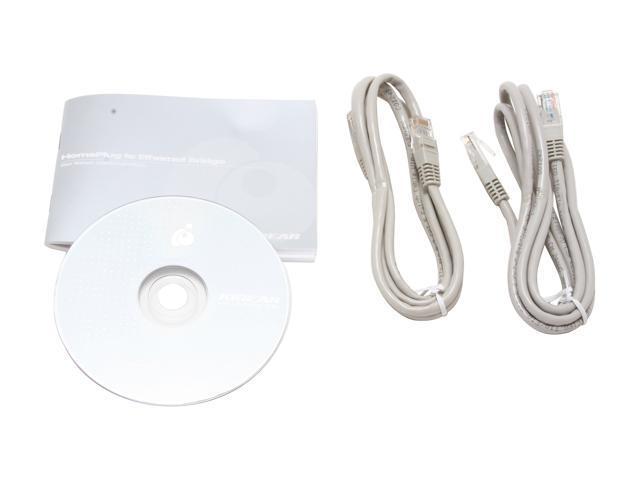 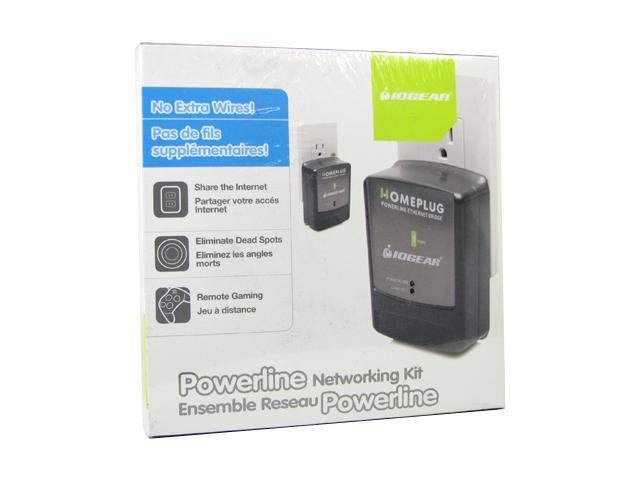 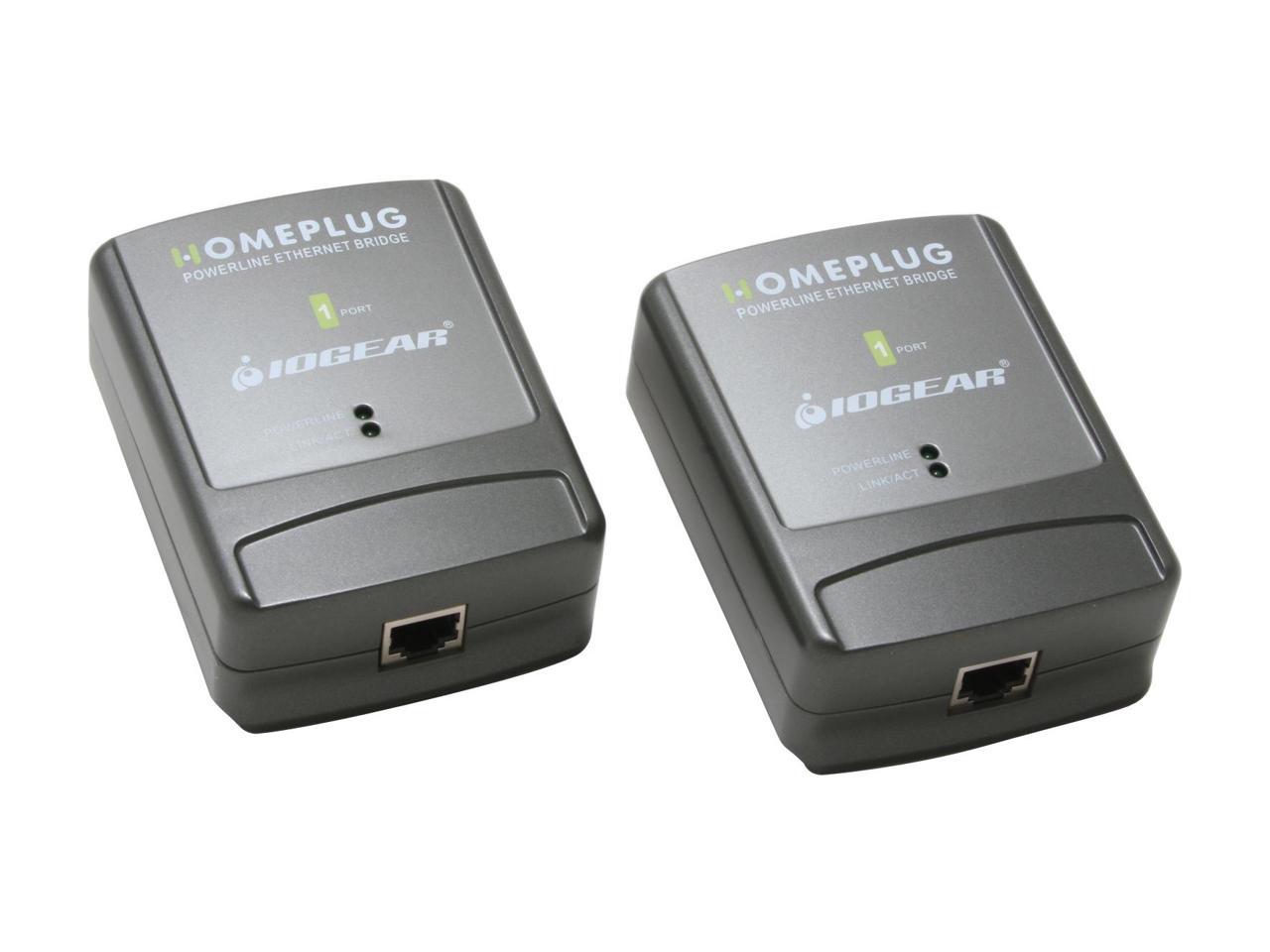 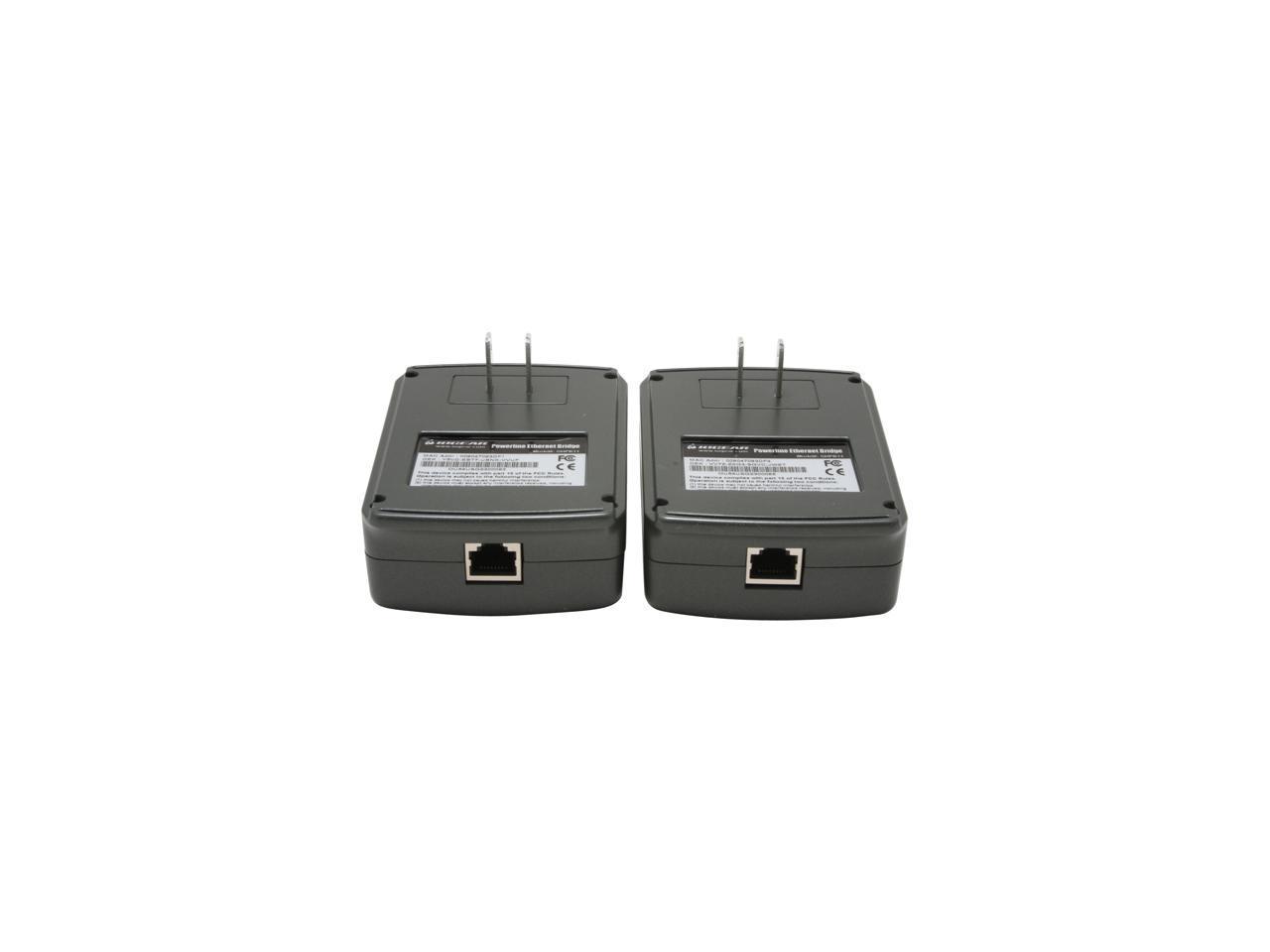 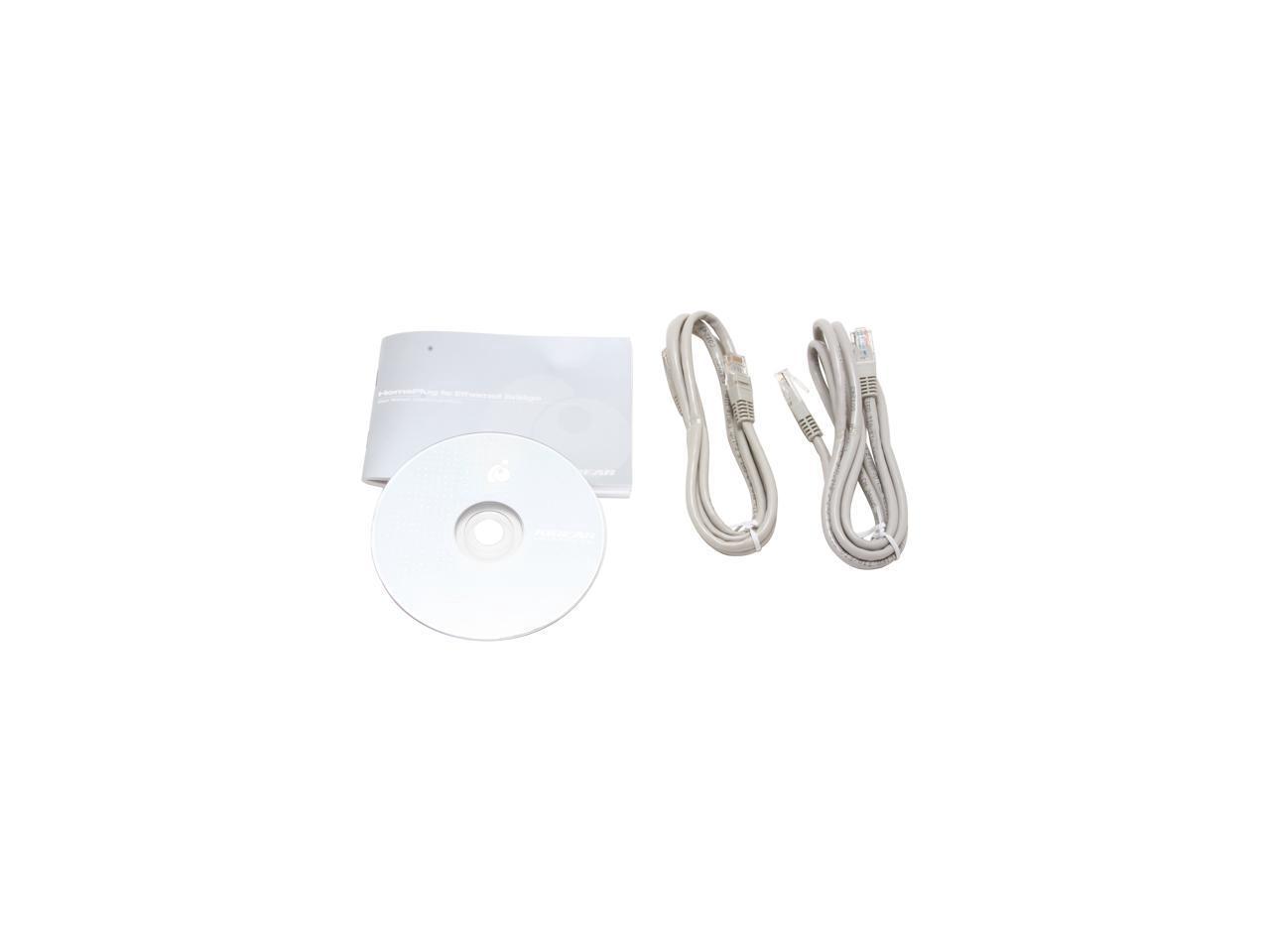 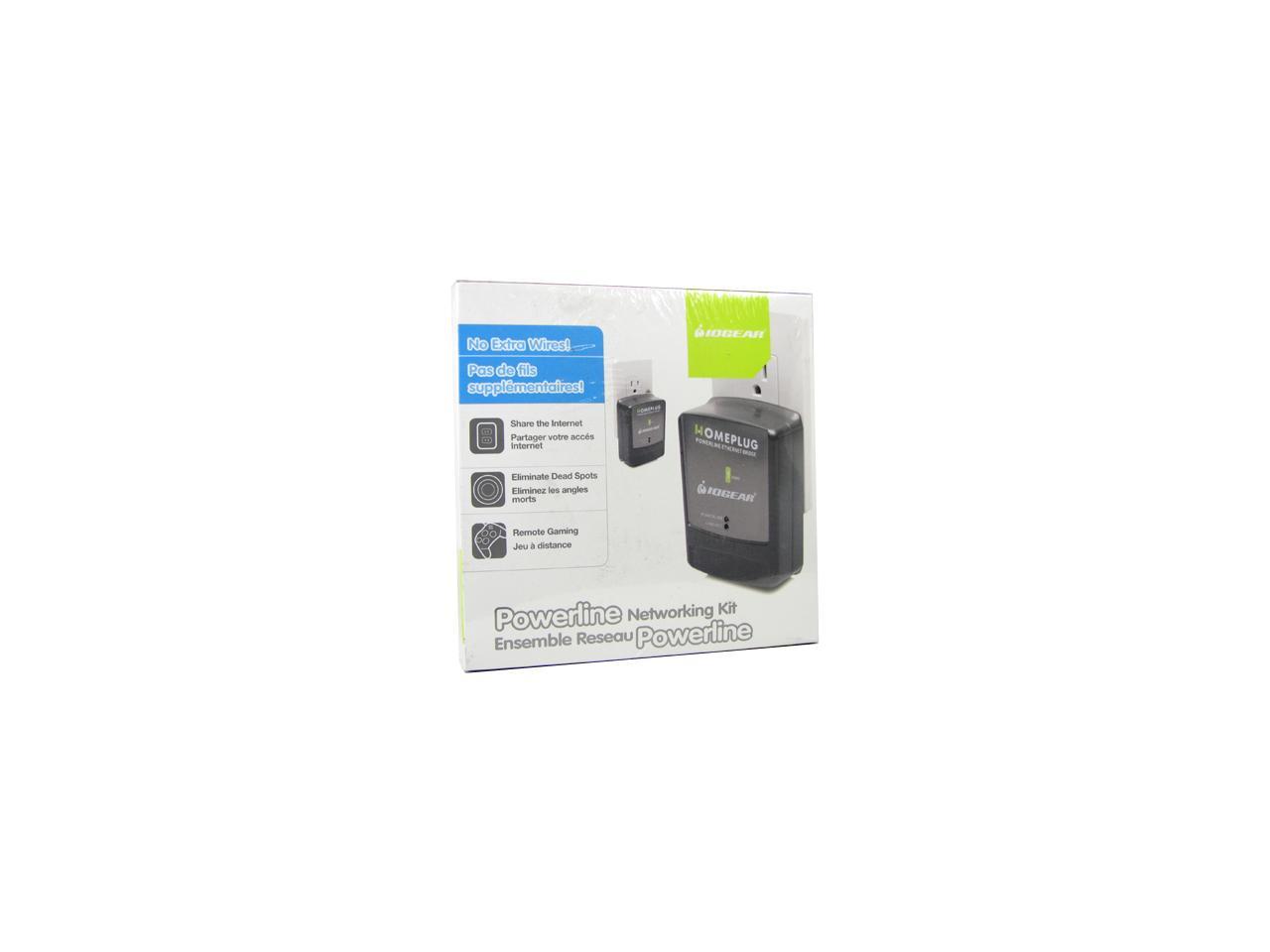 Learn more about the IOGEAR GHPB32W4

Pros: VERY Simple Setup, Built In Encryption, Much More Secure Than Wireless, Relies On A Technology Built in Everyone's Homes

Cons: Trying To Find An Open Wall Outlet When You've Already Got A Surge Protector With 10 Outlet Being Used.

Overall Review: I bought this kit on a recommendation of a friend. I hated using wireless especially based on how relatively simple it seems to be to crack wireless encryptions, how easily signal degradation occurs with different types of materials built into your walls and the sometimes complicated setup. With his kit I just plugged 1 bridge into an outlet and my router and the next into my brother;'s Xbox 360 and VOILA! I tested speeds on a laptop and they were just as fast as my computers connected directly to my router. Fantastic!

Pros: Works -great- if it's not broken and has a good outlet! Average ping to router downstairs is 3.617ms which is certainly good enough, and the bandwidth is more than enough for my ADSL connection. It works much better than wifi and I'm more comfortable with this than using wifi for a stationary computer! I'm running Gentoo Linux and there's no software or anything required; it's just as if I were linked directly to my router.

Cons: In the first package sent to me, one or both of the units was defective. I went through the mess of RMA'ing it (support was alright) and finally received working ones almost two weeks later. The only outlet I can use for my connection to work effectively is on the opposite wall from my computer. I tried using the outlet below the one that my computer's power strip uses, but that didn't work (possibly because there's ~1000W being sucked out of it), and tried one a few feet away, but it would start performing very badly every now and then. The one on the opposite wall works great but I have to have an ethernet cord running across the room now.

Overall Review: I bought this because running cable to where I am would be nearly impossible, and wifi didn't work well at all. Latency isn't noticeable. The throughput is only about 256-300KB/s for me, which is a long way away from 17mbps, but that's more than enough for my connection. It's going all the way across a good-sized 30 year old house and from first to second floor, so that might be why.

Cons: Kind of a pain to set up. If either of them lose power, you have to re-download the key to them.

Comments: This product works like a charm. The`se devices are light, but have a sturdy feel to them. The included network cables were about 5 feet long. I plugged one device into my computer, and another into the LAN connection on my DSL modem across the house. I installed the included software, rebooted, and was immediately connected to the internet. My connection is rated at about 12.5 Mbps, which is a lot faster than I need, considering my DSL is only about 800Kbps on a good day. The configuration utility is simple and easy to use. To enable the 56 bit encryption (recommended), just set your password on the "security" tab and click the "set local" button. The only slight problem: If you fail to set the same pasaword on all the devices, it doesn't inform you of your mistake - it just registers as having a poor link quality. The software has a mechanism for setting the passwords of all your homeplug bridges at the same time, but it requires you to find and type in their unique identifiers. For me, it was just easier to connect them one at a time to my computer and change their passwords individually. Overall, I'm very impressed with this product, and I would recommend it to anybody.

Comments: I bought two of these kits, came with 4 units total. Setup in a small medium sized house. I hooked one up to a Linksys router and the rest in rooms with PCs at each one. The only weird things was one of the CAT5 cables that came with the units was burnt by electricity like it got 1000 volts through it and it melted some of the cable together. So weird. But CAT5 cable I have plenty. So I replaced it.

Pros: Bought this item for my mother to extend her home network without using wifi. However I ended up keeping it for a while (sorry mom, not just yet) for testing. Extremely easy to setup, plug and play. I've even used Cisco IP phone over this adapter set.

Cons: Fine for basic web browsing and small file transfers. Could have a little more bandwidth for streaming large files/video. It may just be a limitation for this network medium.

Overall Review: Would recommend for those who are just going to be extending their network out without all the hassle of wifi.

Cons: Has to be plugged into an outlet, not surge protector.

Overall Review: I am clueless when it comes to computer stuff. This was ridiculously easy to set up and install. It literally took me 3 minutes. I am still amazed at it.

Pros: Great product works right out of the box. Had to connect a Linksys Access point to one and connected the second to the computer on the far side of the house. Using the wireless signal from their business located near by.

Overall Review: Been waiting for stock to come in to purchase more. Has been out of stock for some time. Will have to purchase another brand and jump to the next speed level for that reason.