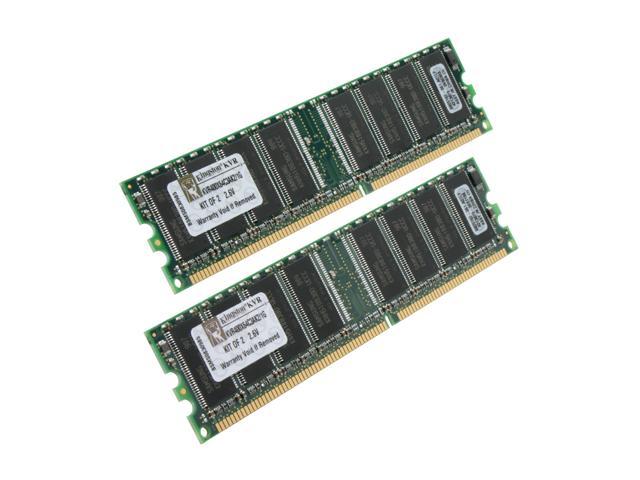 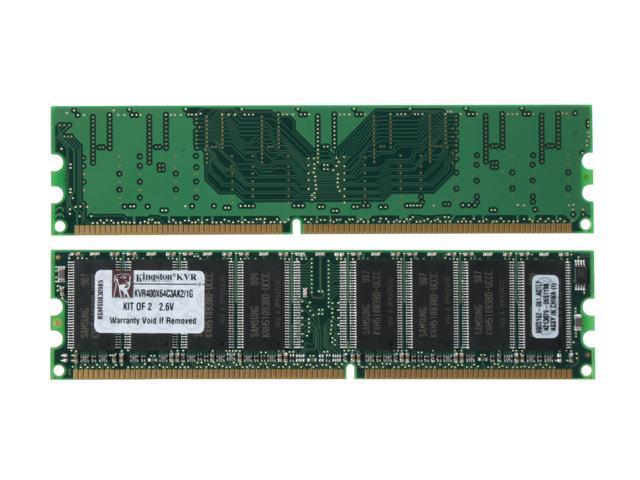 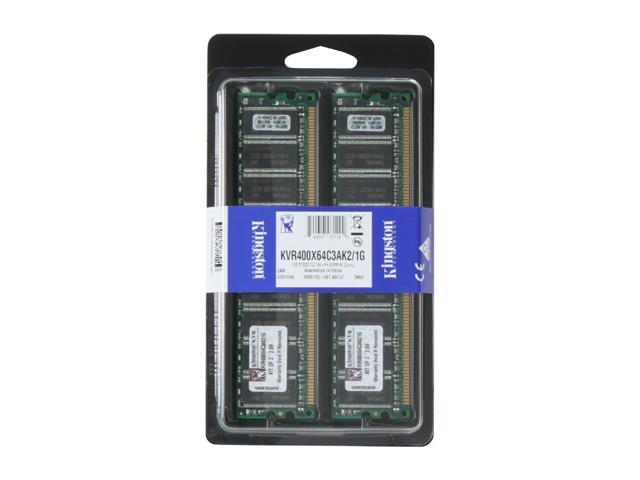 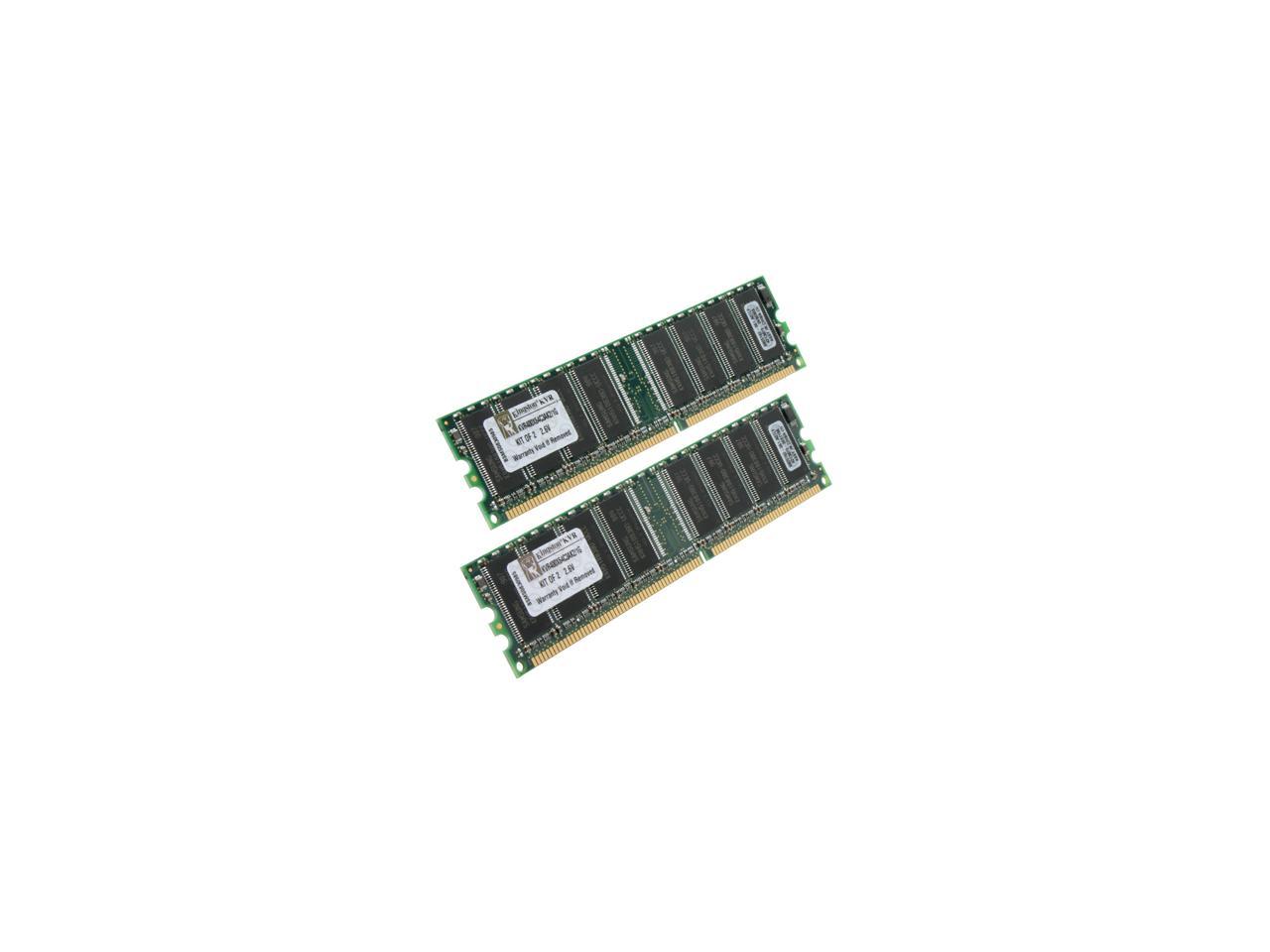 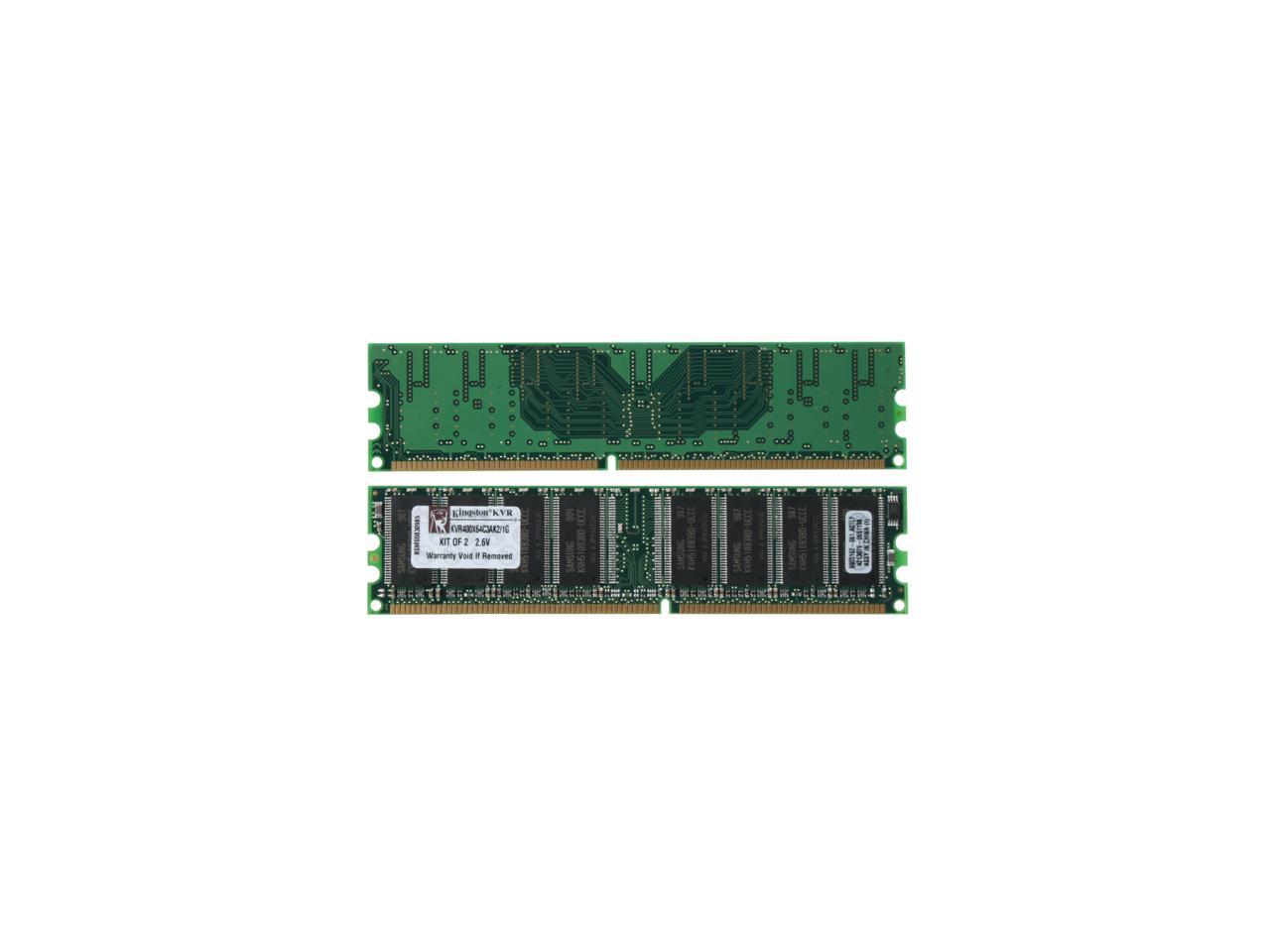 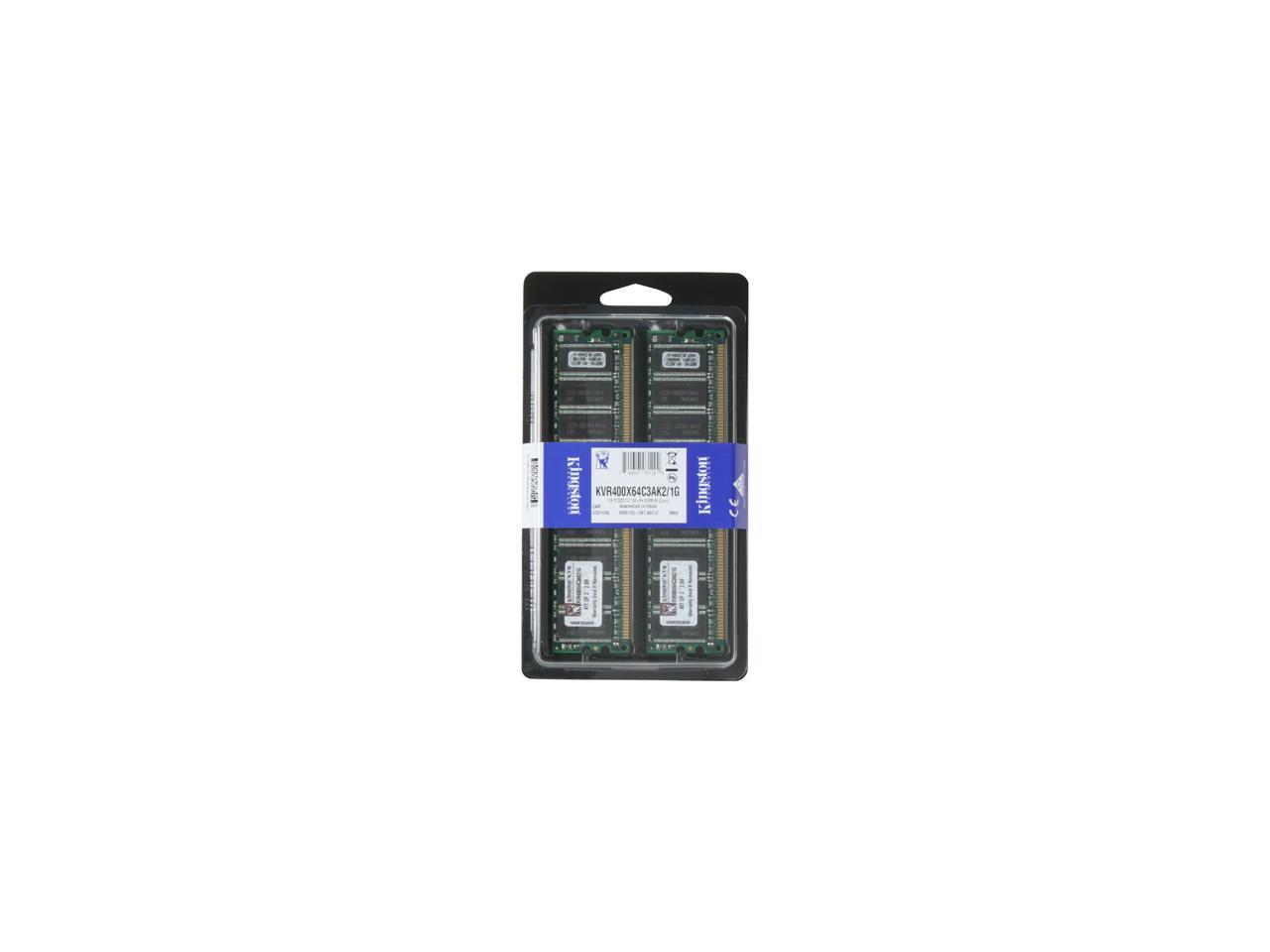 (378) Write a Review
In stock.
Ships from United States.
Most customers receive within 5-9 days.
Specs
Reviews

Pros: Went in well. Had no problem. Works perfectly.

Cons: Gosh, I sure hope no one looks in my box and sees "VALUE" RAM instead of, um, er FANCY(?) RAM. How embarassing that would be. :-) hehe

Pros: no problem in MSI board.huge performance gain in games and general apps

Overall Review: I've read alot of reviews saying things about getting bad sticks and such.I must be lucky .I've never gotten a bad stick from Kingston yet. works great at a good price

Pros: It's been working flawlessly for 1.5 years in my Asus A8N-SLI Deluxe with AMD 64 3000+ processor overclocked to 2.43GHz. GREAT RAM for the price.

Overall Review: I bought mine for a little bit less a year and a half ago, not sure why its back up to its current price.

Cons: slow timings, although hardly a fault with budget memory.

Pros: I've had a 1gb dual channel kit of this memory for about 2 1/2 years now, it's performed flawlessly, but granted.. it's value memory, it doesn't overclock well, but it does what it's supposed to, and at a cheap price. i just ordered another 1gb dual channel kit, and the 4x512mb sticks work flawlessly together, despite the fact that they are more than 3 years apart in production times. it's great and i can't ask for a better set of memory for the price

Cons: it doesn't overclock well, so if you're looking for a good overclocker, this isn't it

Overall Review: this memory is great, cheap memory for any computer, even gaming systems. i bought the original set at $160 and this new set at $75, it shows how much things have changed but the memory still remains reliable. It runs great in my gaming rig with the following specs p4 3.0c @ 3.4ghz nvidia 6800 GT @ Ultra speeds 4x512mb KVR (thanks kingston!) great machine considering it's almost 3 years old ! i also bought this RAM for a build i was doing for my good friend, bought the exact same type of memory, he hasn't had a single problem with it throughout the time he's had it, which is about 1 1/2 years.... the cheapest and most reliable RAM out there

Overall Review: Mine was NANYA chips. I wish I had 30 more dollars to buy RAM that OC's. My cheapo Rosewxll ram OC'd better and had 2.5 CAS. It all installed fine and had no problems running. The main reason I bought Kingston was I want to go to 2 GB later and wanted to make sure I would have equivelant ram for that later. I can't compain too much as I knew all this when I ordered but I REALLY wish I bought performance Crucxxl ram for 30 more.

Overall Review: I upgraded from 1GB to 2GB. I didn't notice any spectacular upgrade since I put in the RAM with a new video card. But if you're a gamer who plays Call of Duty 2, Day of Defeat:Source or Battlefield 2 (all resource eaters), then 2GB is a must.

Pros: I used this RAM set to upgrade from 512MB and the computer no longer feels crippled. The PC is running Windows XP Pro x86 and with 512MB there was not enough memory for all of the applications running. Now there is ample breathing room and pagefile usage has decreased.

Overall Review: Installed in a Dell Dimension 3000 and works great.