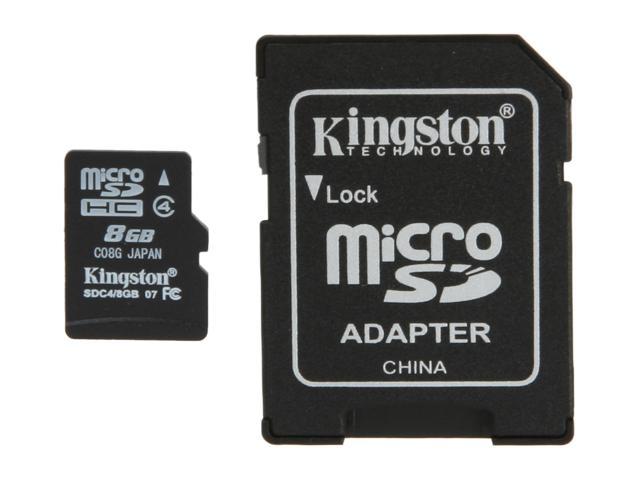 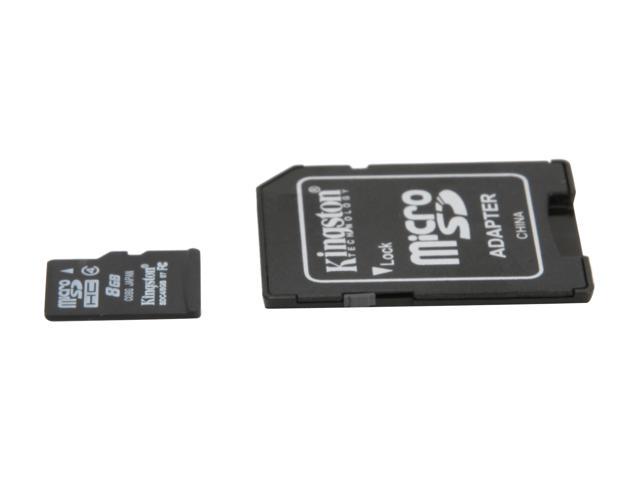 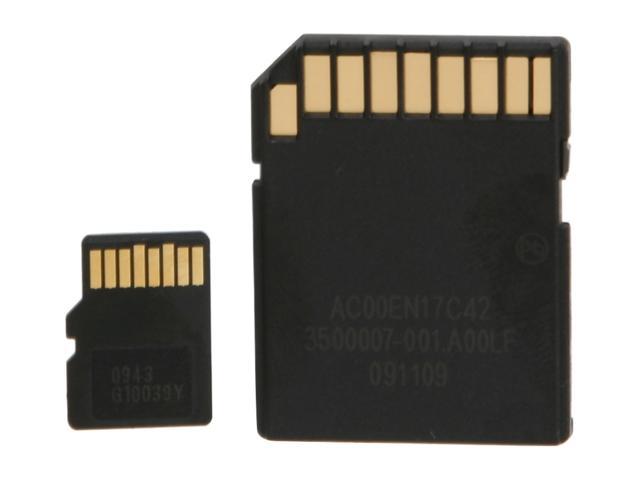 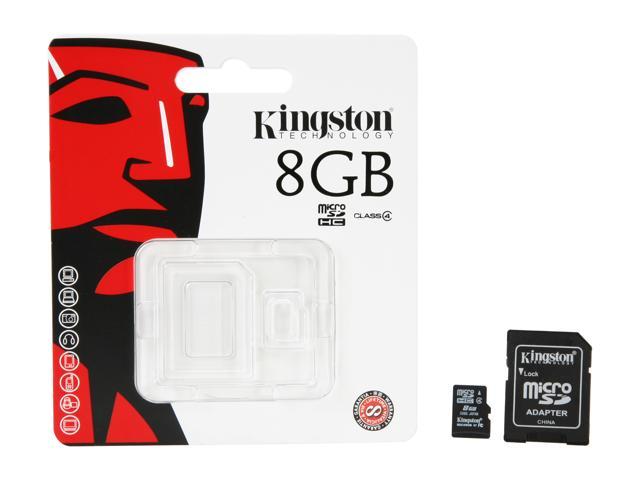 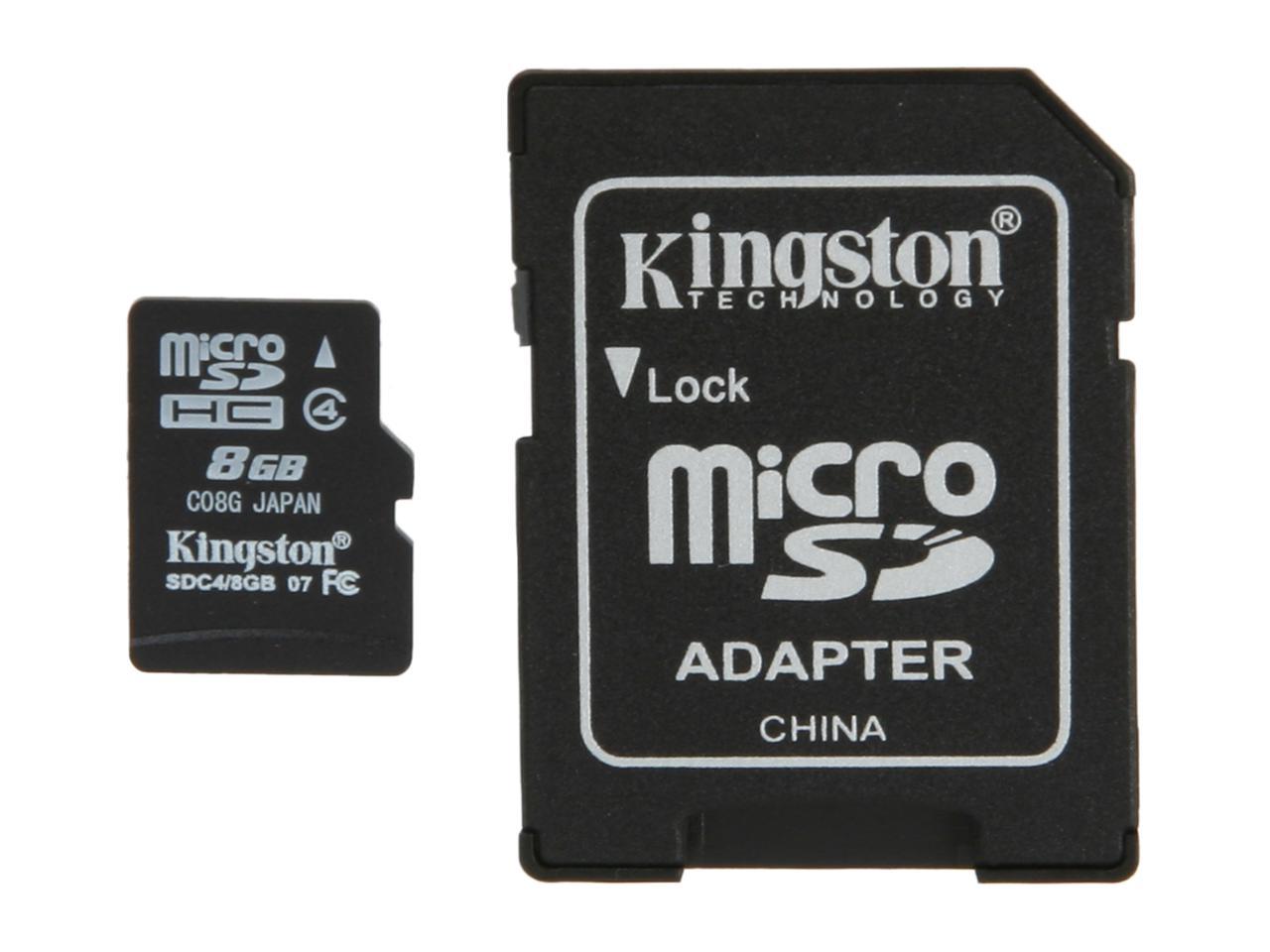 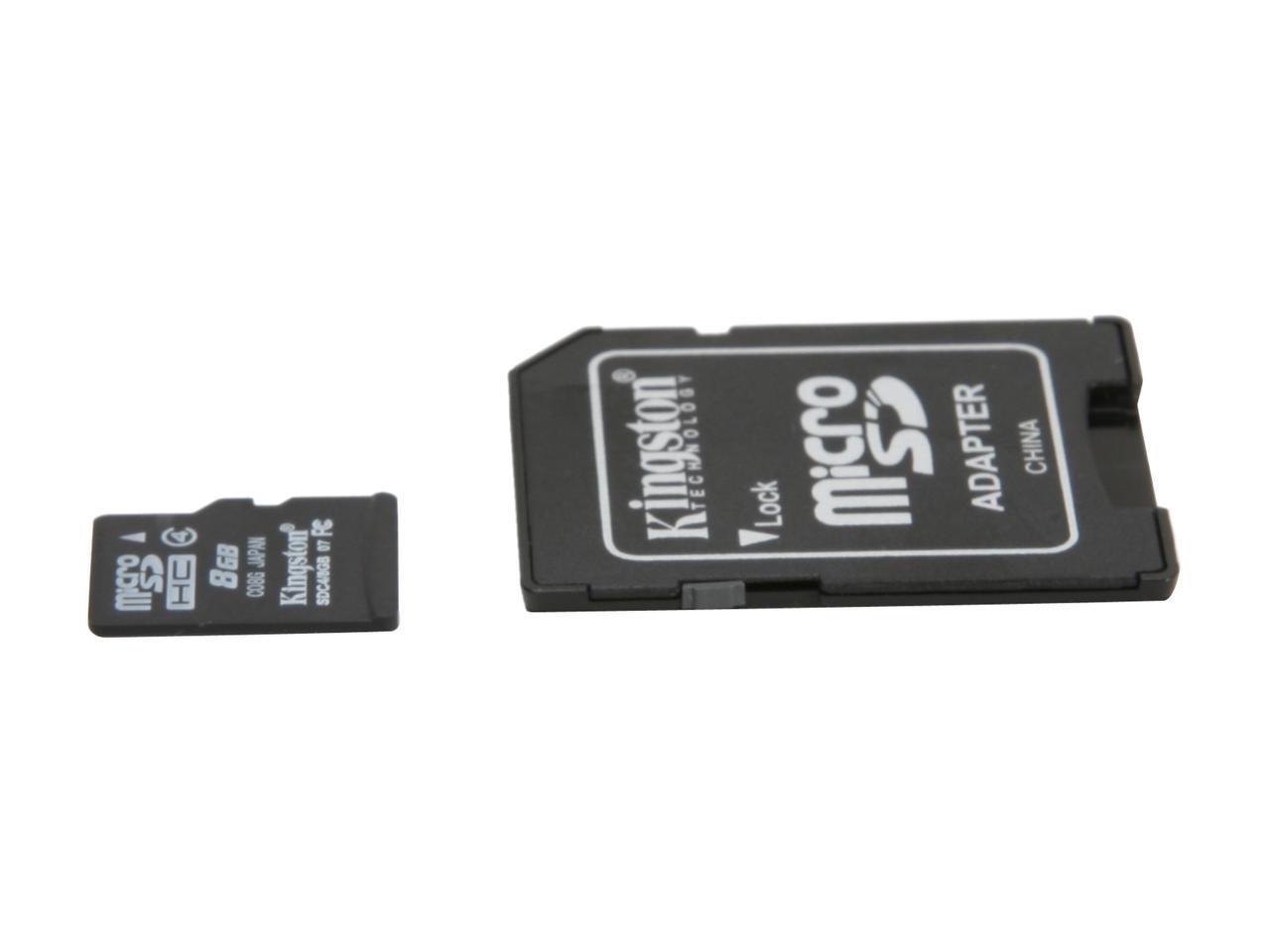 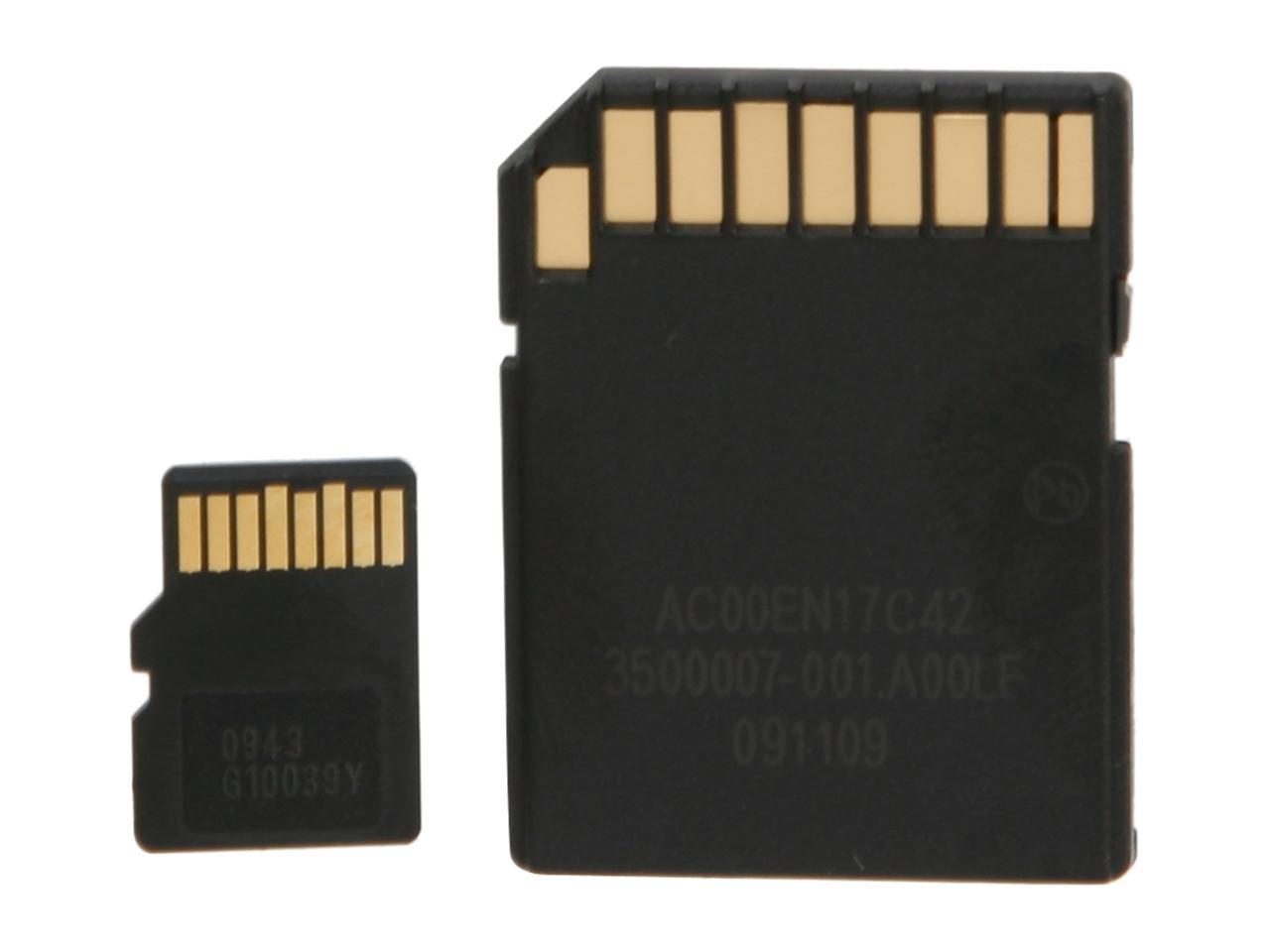 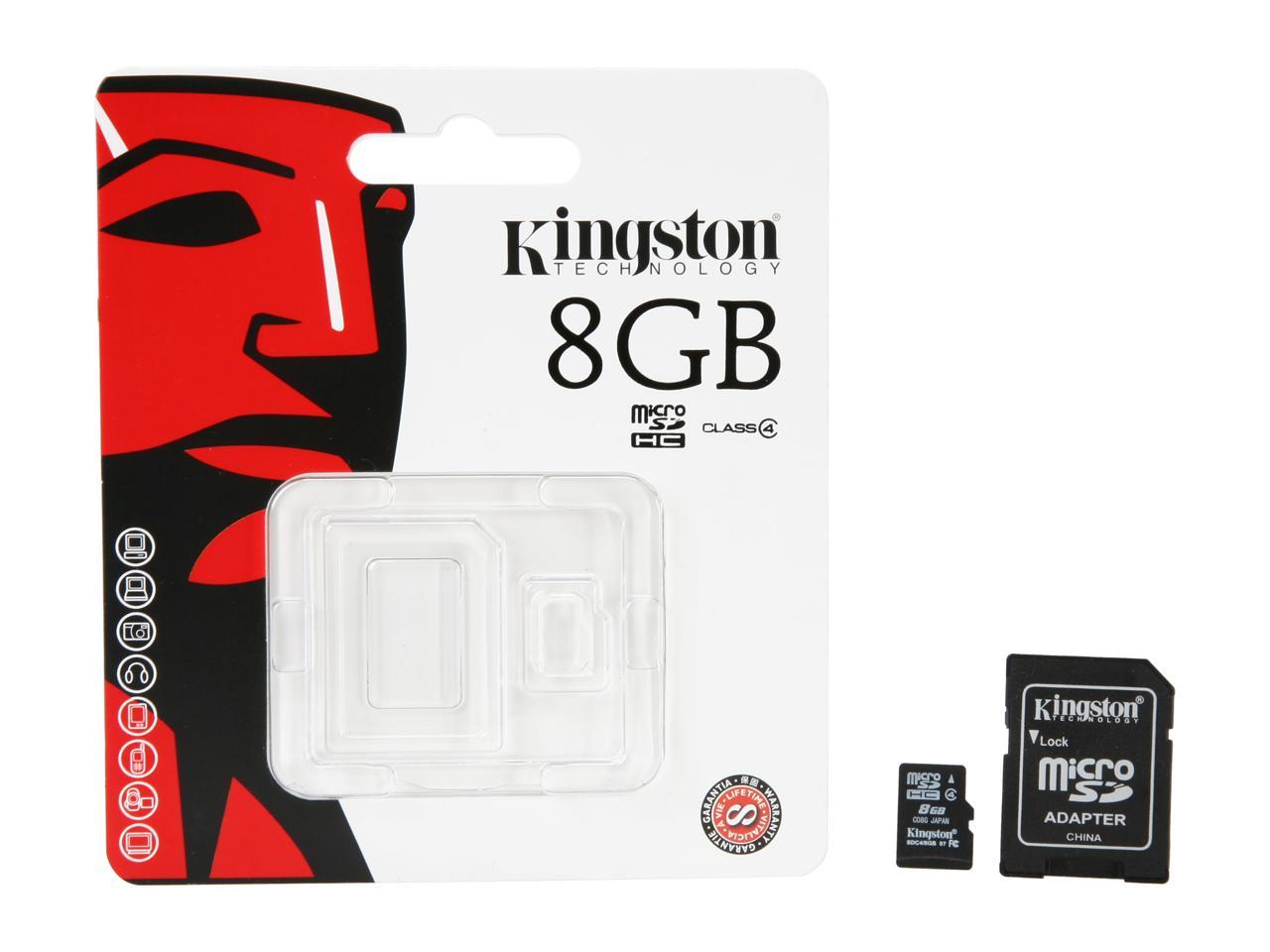 (484) Write a Review
OUT OF STOCK.
Overview
Specs
Reviews

Pros: I haven't had an issue out of any kingston product i have bought, and this one is no exception. Works great with my kenwood nav unit.

Pros: Worked well right out of the box. I am using it in my Nikon L22 that I bought along with this card.

Pros: High capacity storage space for my Mobile Phone. I have a new Motorola Q9h (Global from AT&T) and it works great. Had no issue with it reading the card and loaded it up right away. The included adapter made it easy to use in my reader.

Cons: Won't work in older devices that do not support HCSD, but can't be the memory cards fault. fault.

Overall Review: As with the other poster, you REALLY NEED to make sure that you CHECK YOUR MANUALS to make sure you can use HCSD (HC = HIGH CAPACITY) cards BEFORE you buy it and blame the card. Not all devices can use HCSD, even newer ones, CHECK THE MANUAL. :)

Pros: about 8GB as advertised

Cons: NOT class4, not even class 2 on two of three bought. Dont buy unless you can time the data transfer with a calendar

Pros: Some reviewers have said the card is slow, but I think the issue they're experiencing is with the hardware in use. The card in a card reader connected to my computer wrote 1,280 MB of information in 128 seconds making for a write speed of 10.0 MB/s. The same amount of information when cut and pasted to my desktop in an even faster 76 seconds making for a read speed of 16.8 MB/s. Also this card was produced in Taiwan (as I believe some said the Taiwan cards were slow). A write speed of 4 MB/s would be a class 4 Micro SD card, but since this writes at 10 it could technically be classified as Class 10, very respectable for such a small card.

Cons: I can't think of any cons, the card price is very competitive and performance was very good for a budget Micro SD card.

Overall Review: If you're not experiencing 4 MB/s write times it's most likely not the cards fault (I find it hard to believe your card would be TWICE as slow as mine), but the device you're using it in bottle-necking the card. Either that or I have received an extra special Micro SD card!

Cons: Didn't climb into the phone by itself.

Pros: -Low Cost -Lots of Space -It's a KINGSTON -Works fast in a phone and on pc etc

Overall Review: I purchased many KINGSTON flash cards and RAM in the past and have NO issues at all.