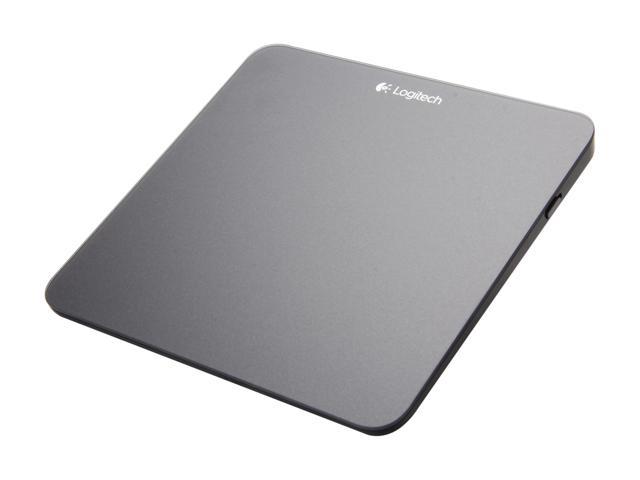 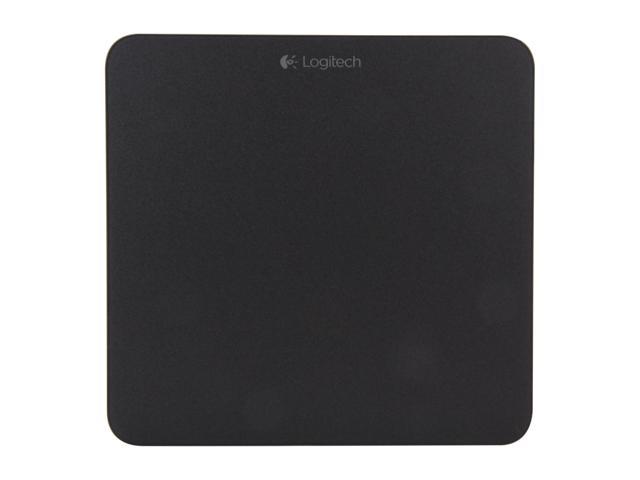 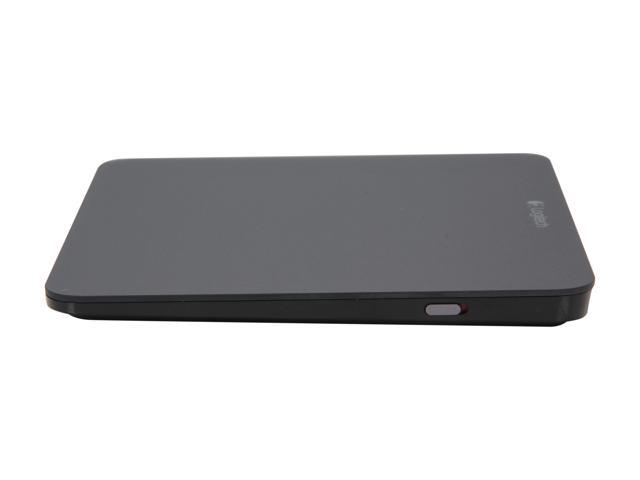 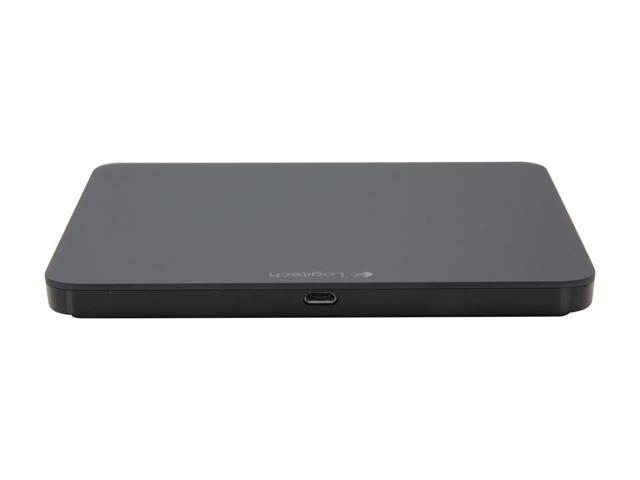 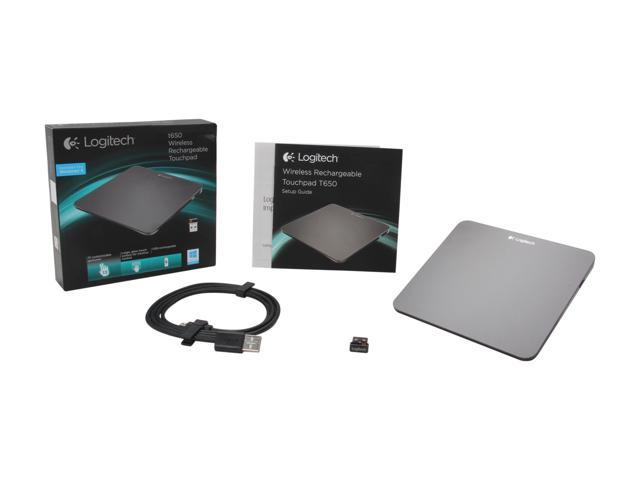 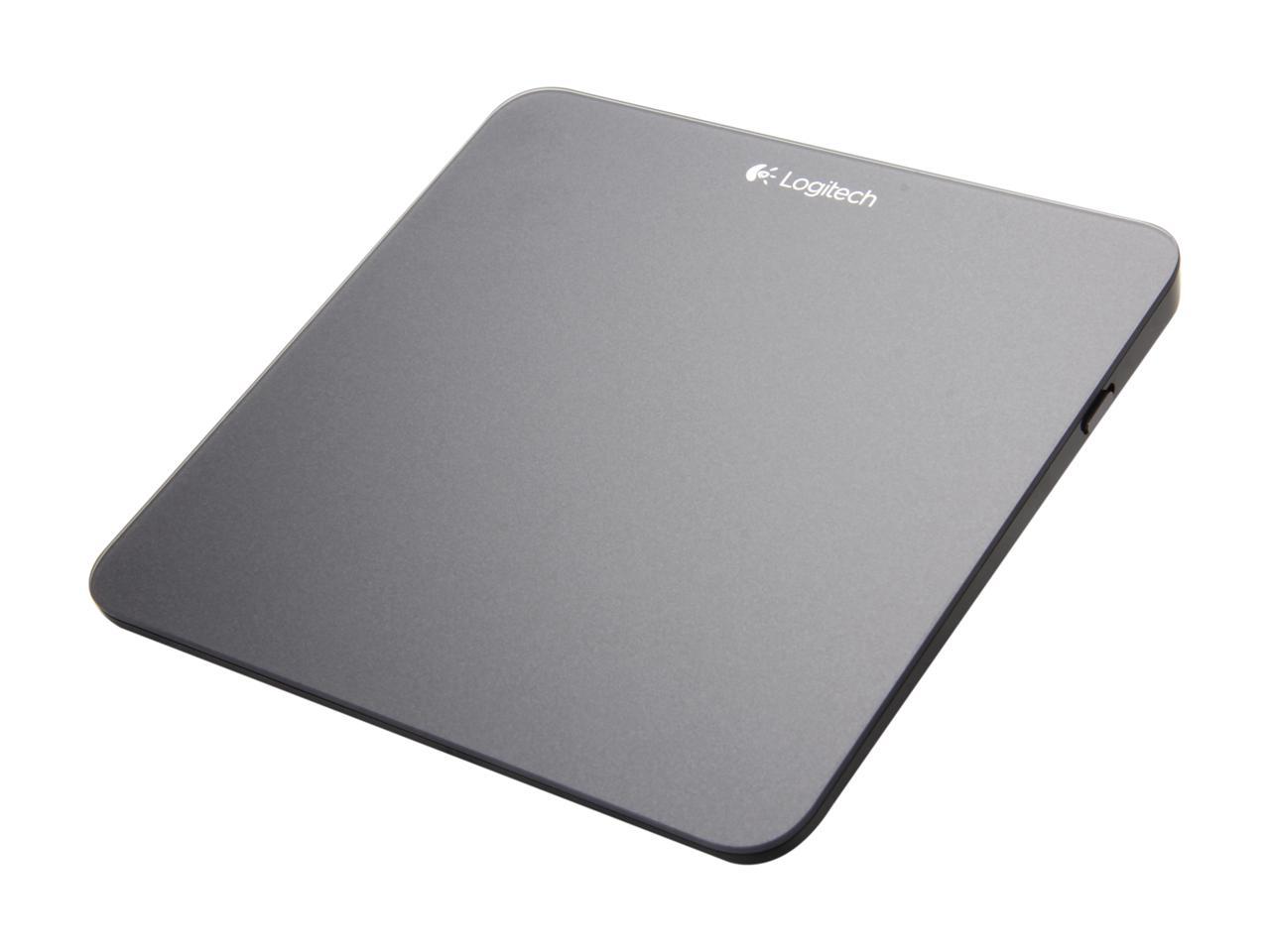 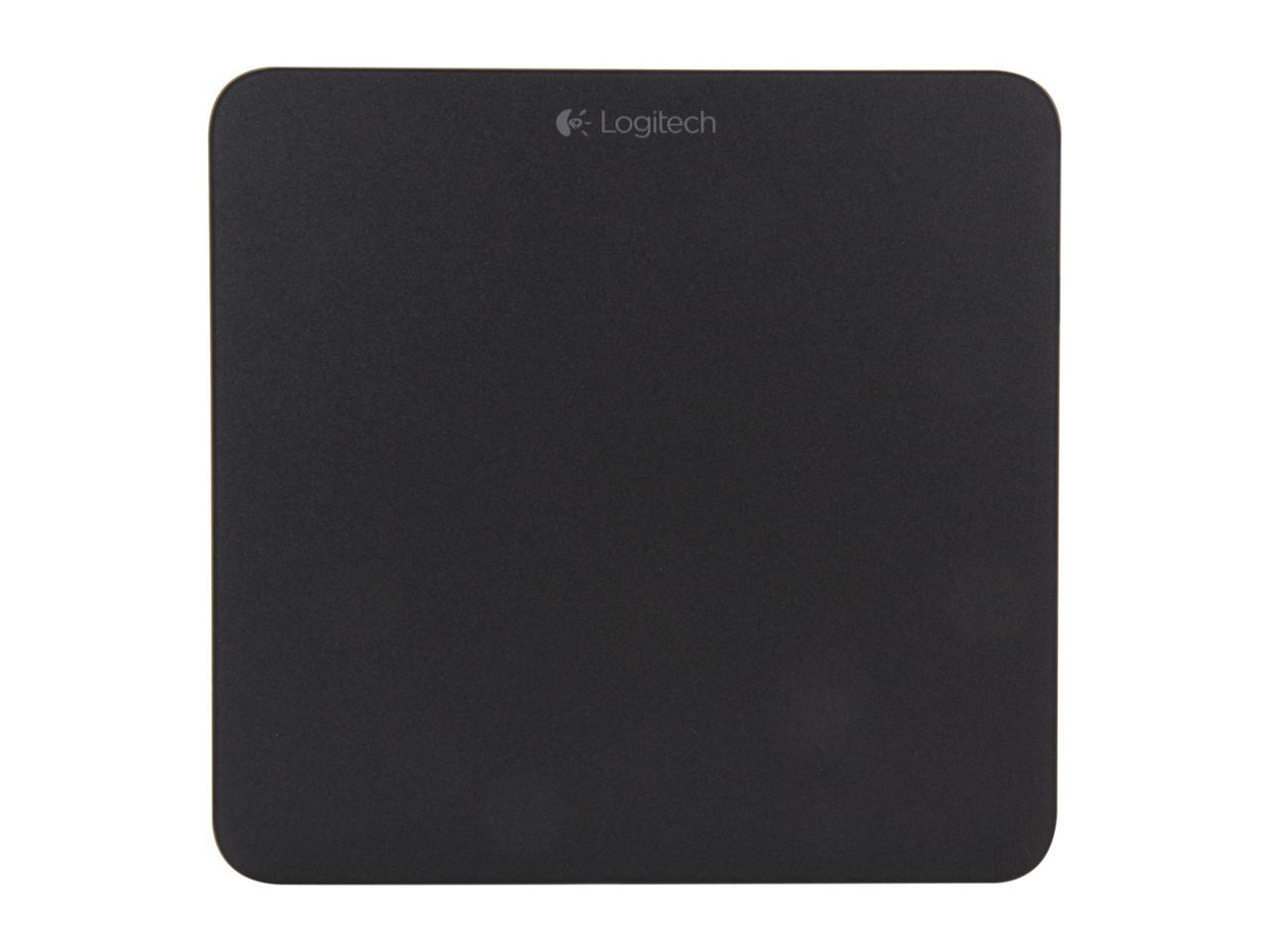 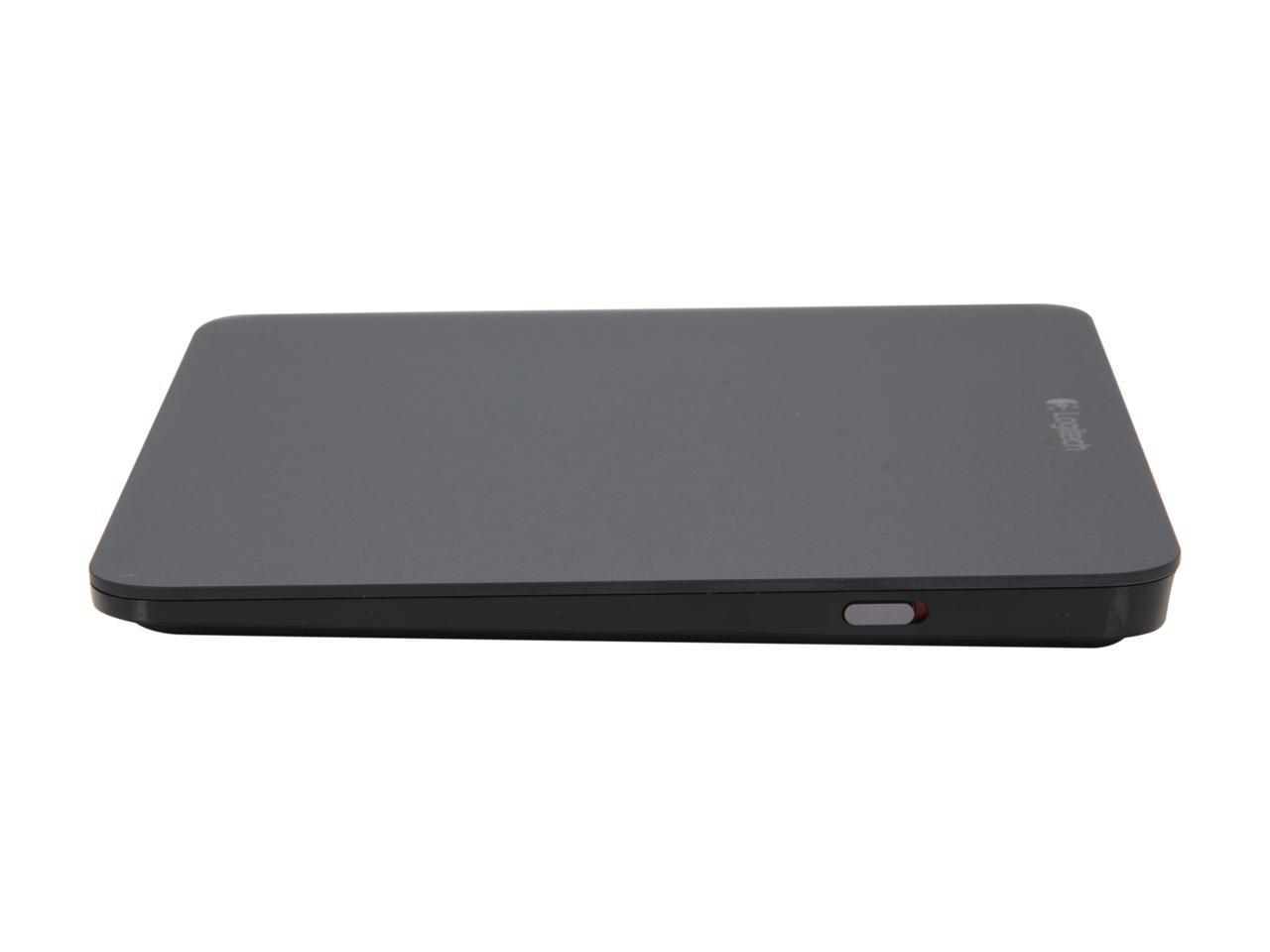 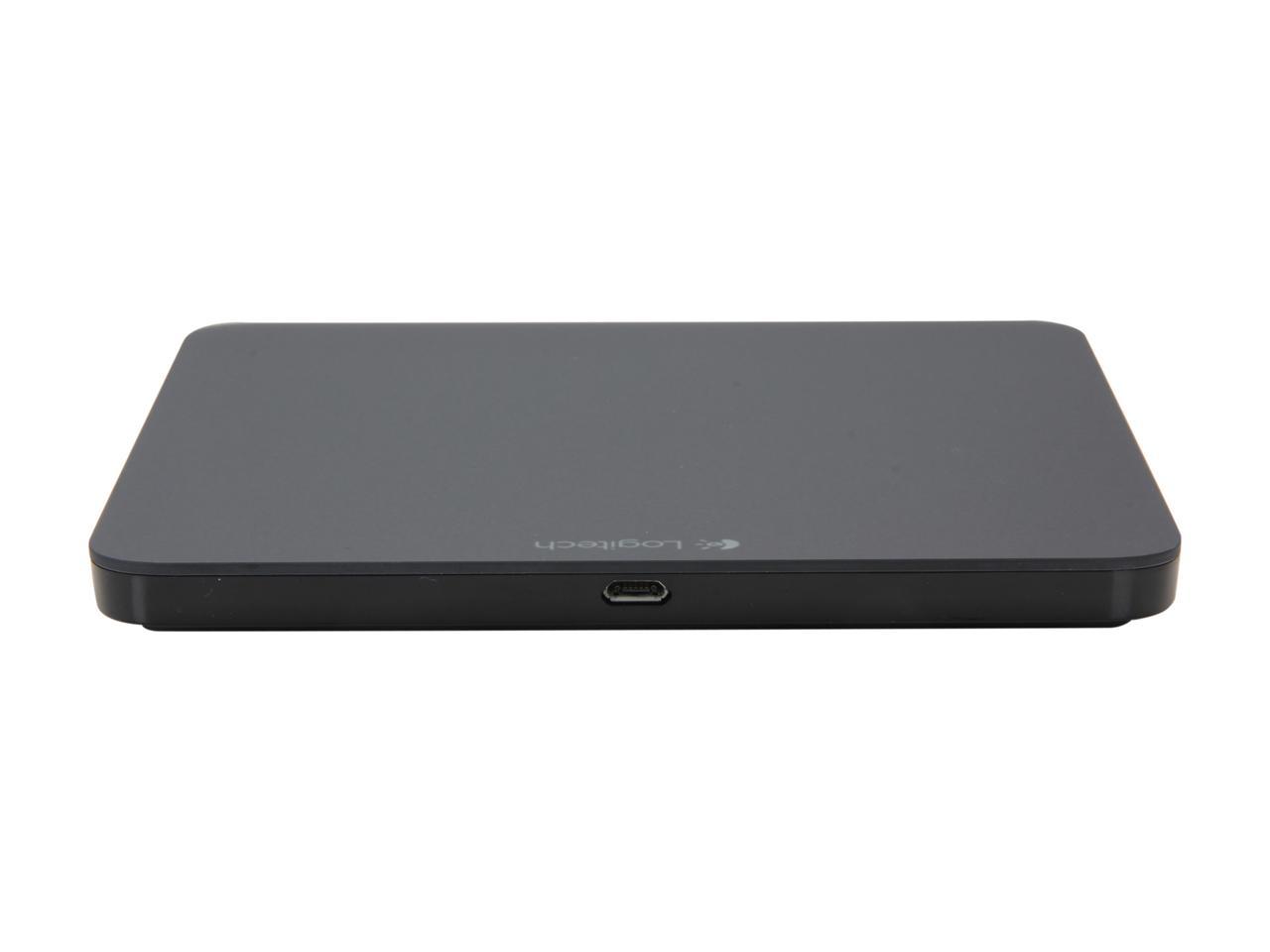 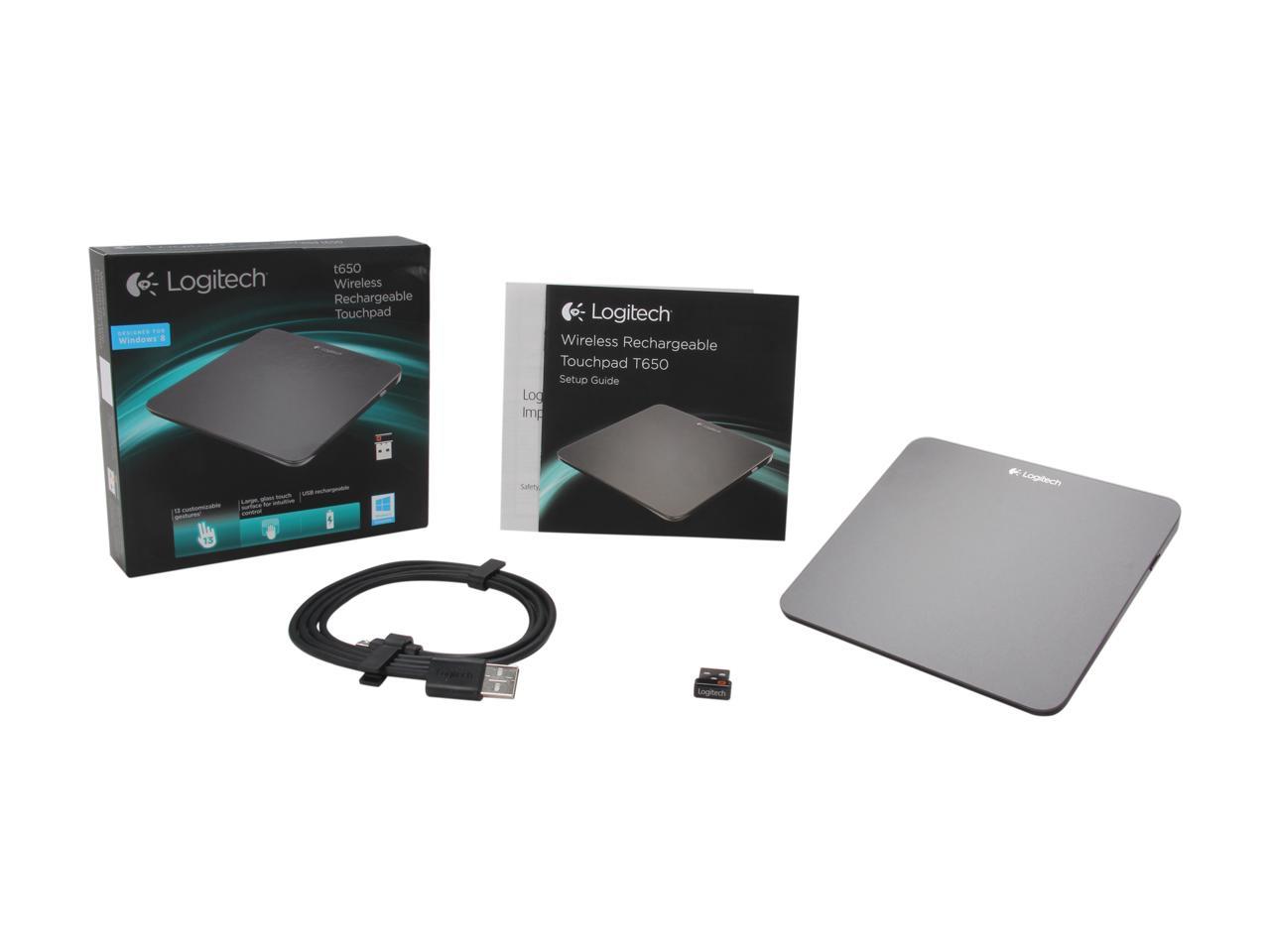 Learn more about the T650

Pros: Large, with rechargeable battery, gestures. This is a great way to relieve pressure on your fingers from using a normal mouse. Also, if you're into Win 8 gestures.

Cons: You have to update the firmware to make it work like a normal trackpad, like on a laptop. That isn't so bad, the PROBLEM is that the LINK for "firmware update instructions" on the Logitech website is broken.

Overall Review: 1. Download the firmware file 2. Install Unifying software 3. Make sure the T650 is paired to computer by moving mouse 4. Run the firmware file (there is no confirmation of completion) 5. Charge the T650 until the green light stops blinking 6. DISCONNECT USB CABLE from the T650 and computer 7. With the T650 turned on, open unifying software 8. Click "Advanced," Click "TouchPad T650," Click "Update Firmware" 9. When it says to switch it OFF and back ON again, do this: Switch it off. Wait 3 seconds. Switch it on. 10. Firmware updates. 11. It asks you to switch it off and on. Repeat step 9.

Pros: Smooth and large surface. It works with W8 quite well and has all features needed. You can customize it as well and it is rechargeable.

Cons: It takes some getting used to and it is not a touch screen monitor. Not as meaningful for W7 unless you only use trackpads. This should not be 80 bucks. 50-60 is the right price.

Overall Review: This was clearly made for W8. It works smoothly and is a great in between product if you are like me and do not want to spend the cash on a touchscreen monitor. I am not knocking off any eggs for the cons as these are all apparent if you read about the device. It is not a touch screen monitor. It costs too much, but there is nothing else like it out there for now.

Overall Review: Running this on Windows 7 x64 with latest SetPoint software (Version 6.51.8, released November 6), which resolves the click-drag issue that others have reported by making "tap-and-a-half" available, and also making single and double taps available instead of clicking the built-in hardware switch under the glass. (And the sensitivity is fully adjustable.) I have always hated laptop trackpads and used to carry a Bluetooth mouse to avoid using them. However, I love my android phone and this device gives me the best of both worlds! There is a helper hook for browsers in the software that enables smooth scrolling and flick scrolling. Although I bought this at a big box office-supply store at 20 dollars off list, I'd like to add that Newegg is the best, and if I had known how well this device works I would gladly have paid list price! Once again, from reading the other reviews it would seem that the new software release resolves all the negative issues that other reviewers have mentioned, so if any of those issues were keeping you from buying this, go for it!

Pros: Large surface, solid surface, very nice feel when it works. I've been using touchpads instead of a mouse for close to 20 years (Crique, Adesso Glidepoints) and am generally impressed with the T650 although I wish it had left and right push buttons and was wired, not wireless. See the cons for why.

Cons: Can't hold a charge. The T650 I bought in a brick and mortar store when it first came out was nice, but with three problems. One is that it is way too easy to accidentally zoom when trying to use two fingers to simply scroll on a page -- and if you turn off the two-fingered zooming, scrolling becomes very hurky-jerky in FireFox. Frustratingly, the Logitech drivers intermittently stop working (happens every few days). The touchpad just doesn't respond. Then the icon disappears from the system tray. I've had to start the "program" again to get the touchpad to work. Most serious, though, is that my first T650 could hold a charge for about 7 to 10 days instead of the month Logitech advertises. I got sufficiently ticked off that I posted the problem on Logitech forums and finally called tech support. Tech support was quite apologetic about the problem and quickly sent me a new replacement T650 touchpad -- which has exactly the same problems. I've had it for three weeks and have had to recharge every seven days. I suppose I could just leave the USB charge cable in place all the time, but that seems to be a waste of electricity and I'm not sure that it wouldn't harm the battery even more. I do want to emphasize that Logitech's tech support person was quite helpful, courteous, and responsive even though he had never seen a T650 touchpad. They did not ask me to return the original touchpad.

Overall Review: I've got a pretty solid system with an Asus M5A97 EVO motherboard with the AI charge option in BIOS enabled. I'm at a loss why the battery can't hold a charge for more than a week with both touchpads. I realize that I work at my computer 7-8 hours a day, but Logitech doesn't qualify how many hours you limit there is each day to maintain a charge for a month. So I'll be back in touch with Logitech about these issues. Maybe a firmware update can solve them. Who knows?

Pros: Picked this up at a big box store as a compliment to Win8. Responsive, works on Win 7, works just a like a standard touchpad plus the added features of pinch/spread to zoom/enlarge in web brower, swipe to go back or forward, scroll up/down, even rclick. Looks slick, feels well built

Overall Review: Bought it for Win8 as I picked up the Win8 upgrade, but have been using it on Win7 since I brought it home. Works well, really feels like iOS~

Pros: This is a good product, delivered in a timely manner. I have issues with the Logitech software, which is poor, but I knew that going in.

Pros: There is a Logitech Driver that supports the T650 touchpad for Windows XP Pro 32-bit. I downloaded the Logitech Setpoint 6.51 driver and the touchpad gestures were available. The touchpad was not used on a Win 7 or Win 8 computer so I am not aware of any functions those operating systems may have in addition to those found on Win XP. The touchpad is used in a corporate environment for people who have carpal tunnel type issues using traditional mice.

Cons: I am not sure if the electronic component used prevent the touchpad from being used via the USB cable but the touchpad only functions using the wireless USB transmitter. A wired capability would improve the product either as an option or a separate model.

Pros: Very smooth surface, big, wireless, rechargable battery. Most of the swipe actions work well. The battery lasts a fairly long time. Has Unifying technology so you only need one dongle if you are using other wireless Unifying-enabled devices (I also use a Logitech trackball mouse sometimes so it's nice to only need one dongle).

Cons: The price on Newegg is too high; I was able to get this on Amazn for $60. The four finger swipes are a pain in the rear end to get to work correctly, and the left click function takes some getting used to (you can't just push straight down in the center of the pad; you have to lay your finger down flat, almost like clicking a mouse button). It's also really easy to unintentionally open programs or close windows, and while you're getting used to it, stray clicks are a regular thing. The surface picks up stuff from your hands relatively easily, but that's minor as it's textured glass and can be cleaned relatively easily.

Overall Review: A nice alternative to a touch screen. It's not perfect, and the price is very inconsistent across stores and sites, so don't buy it here (see "Cons" above). But it is a great device and I would recommend it to those interested in getting into W8; it really enhances the experience quite a bit. If there weren't that handful of cons above I would have given it 5 eggs.