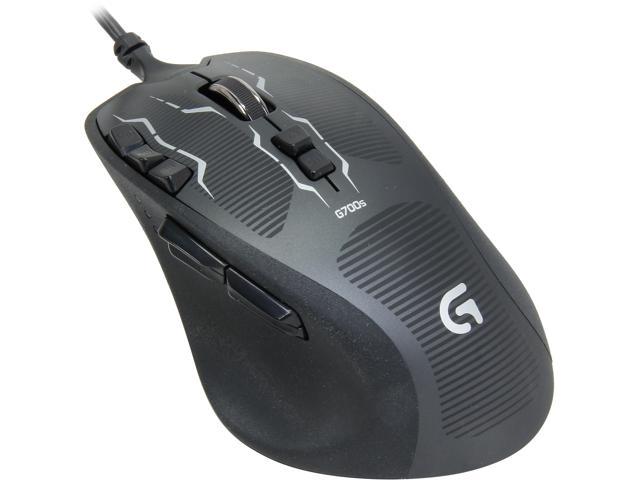 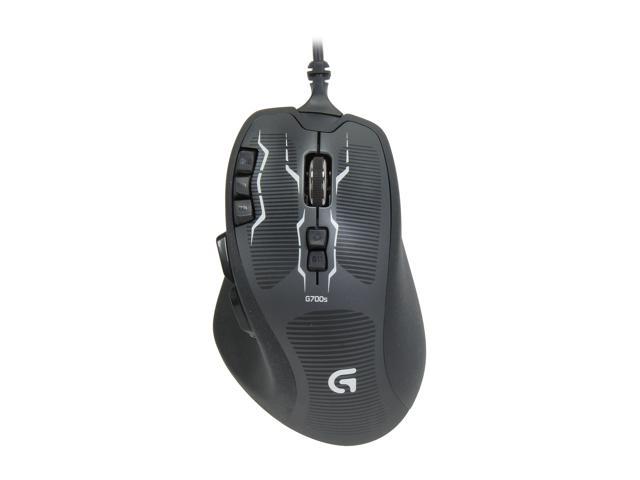 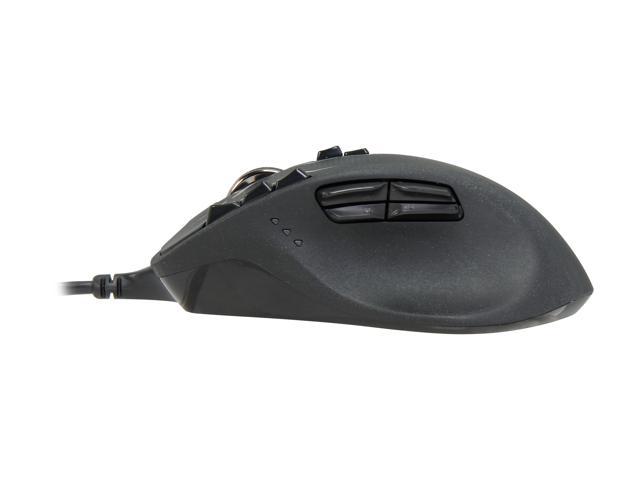 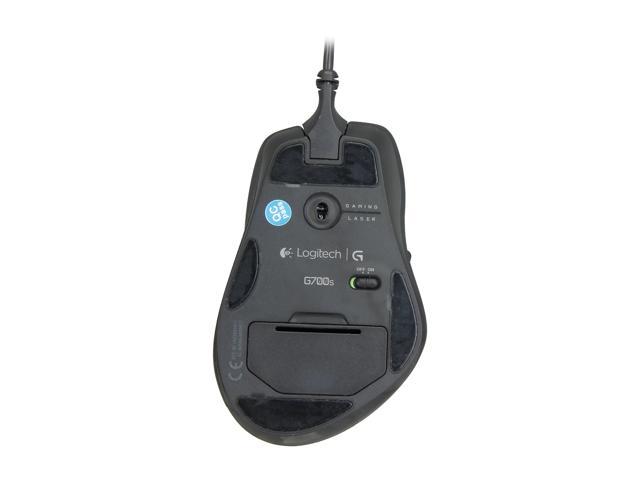 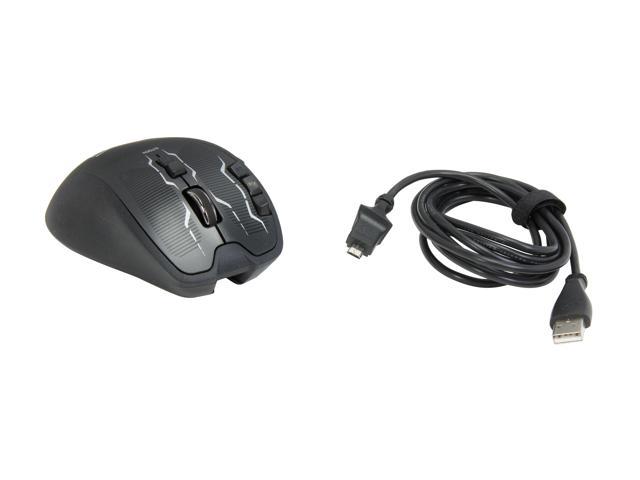 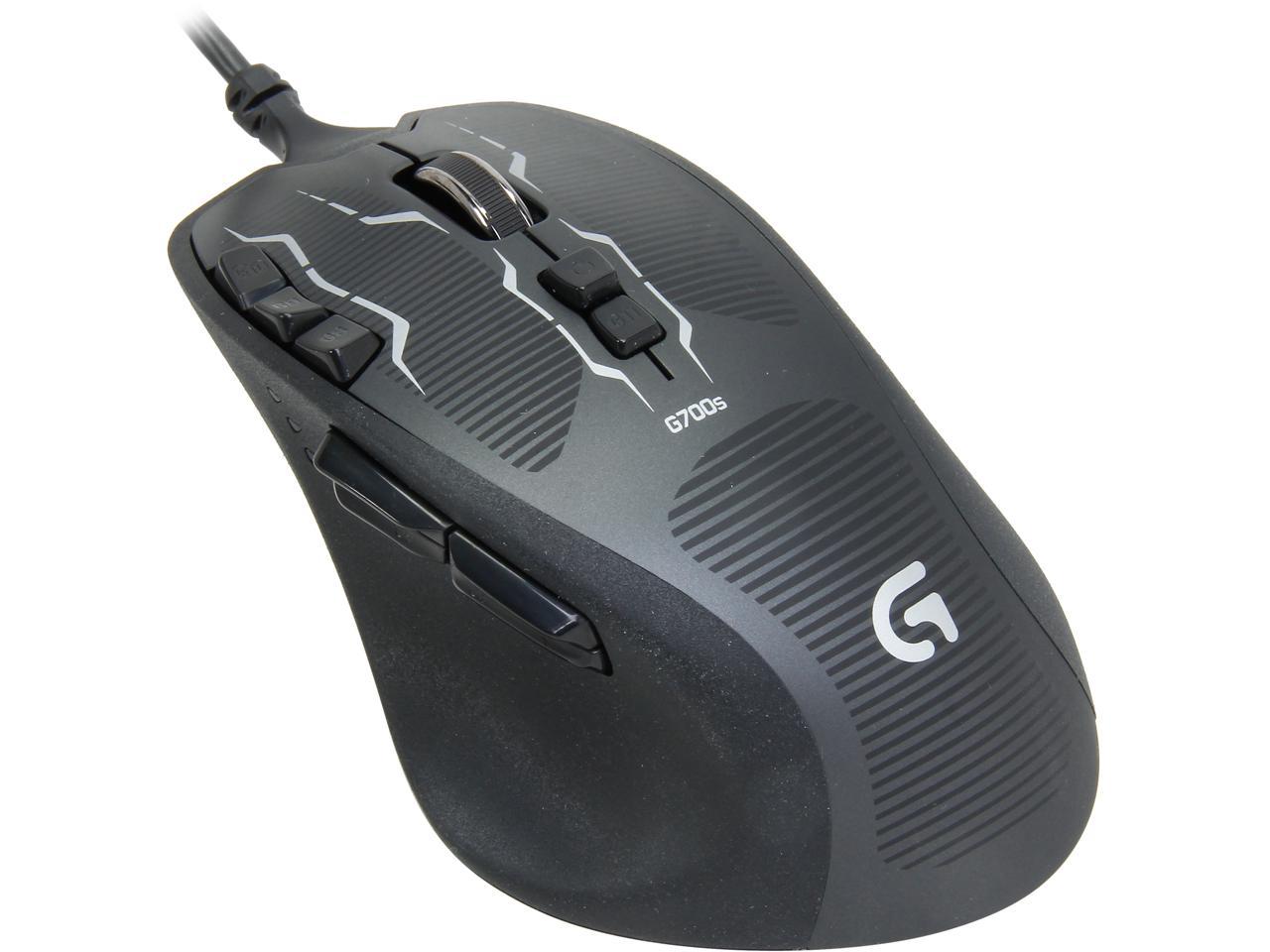 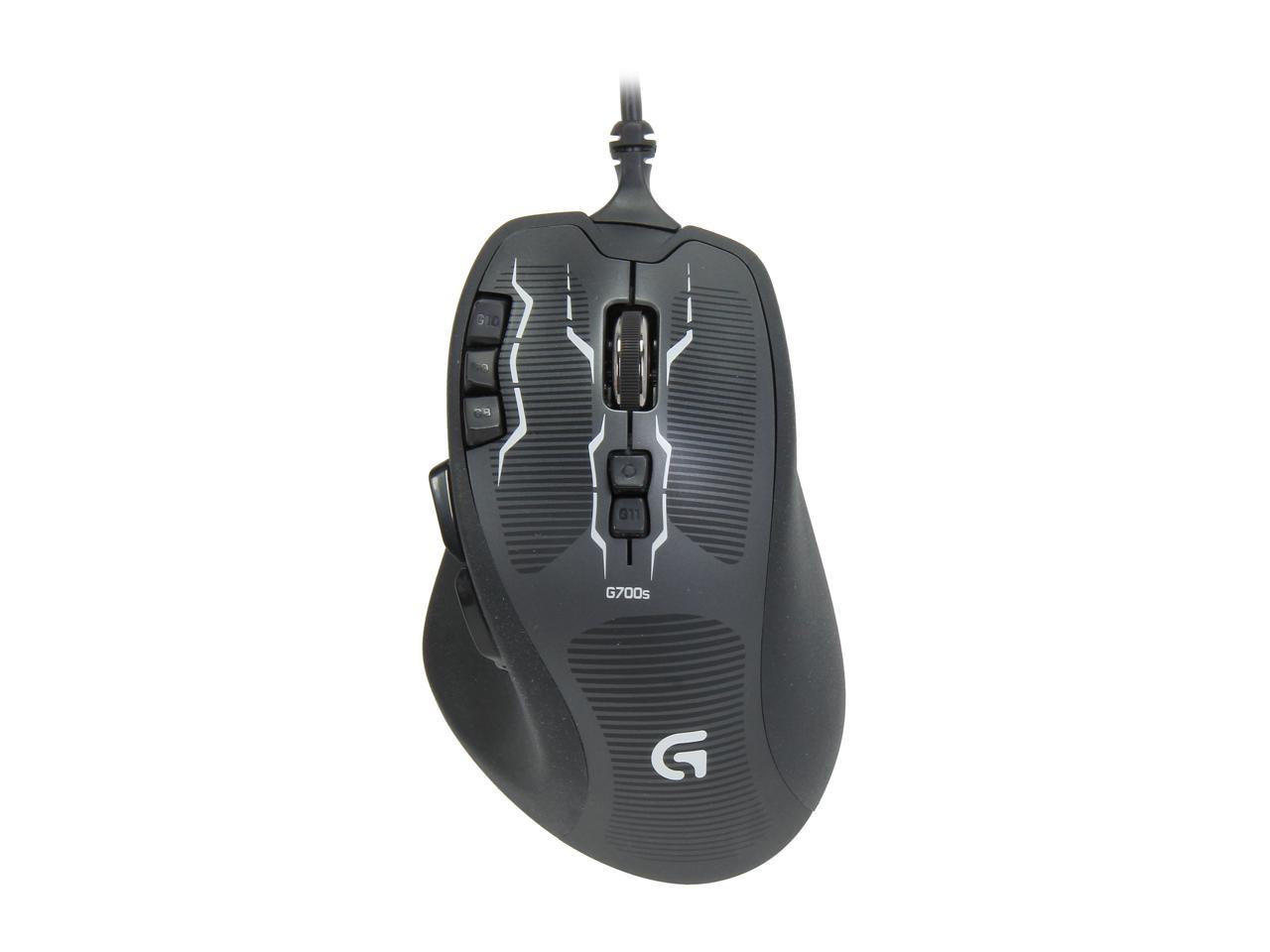 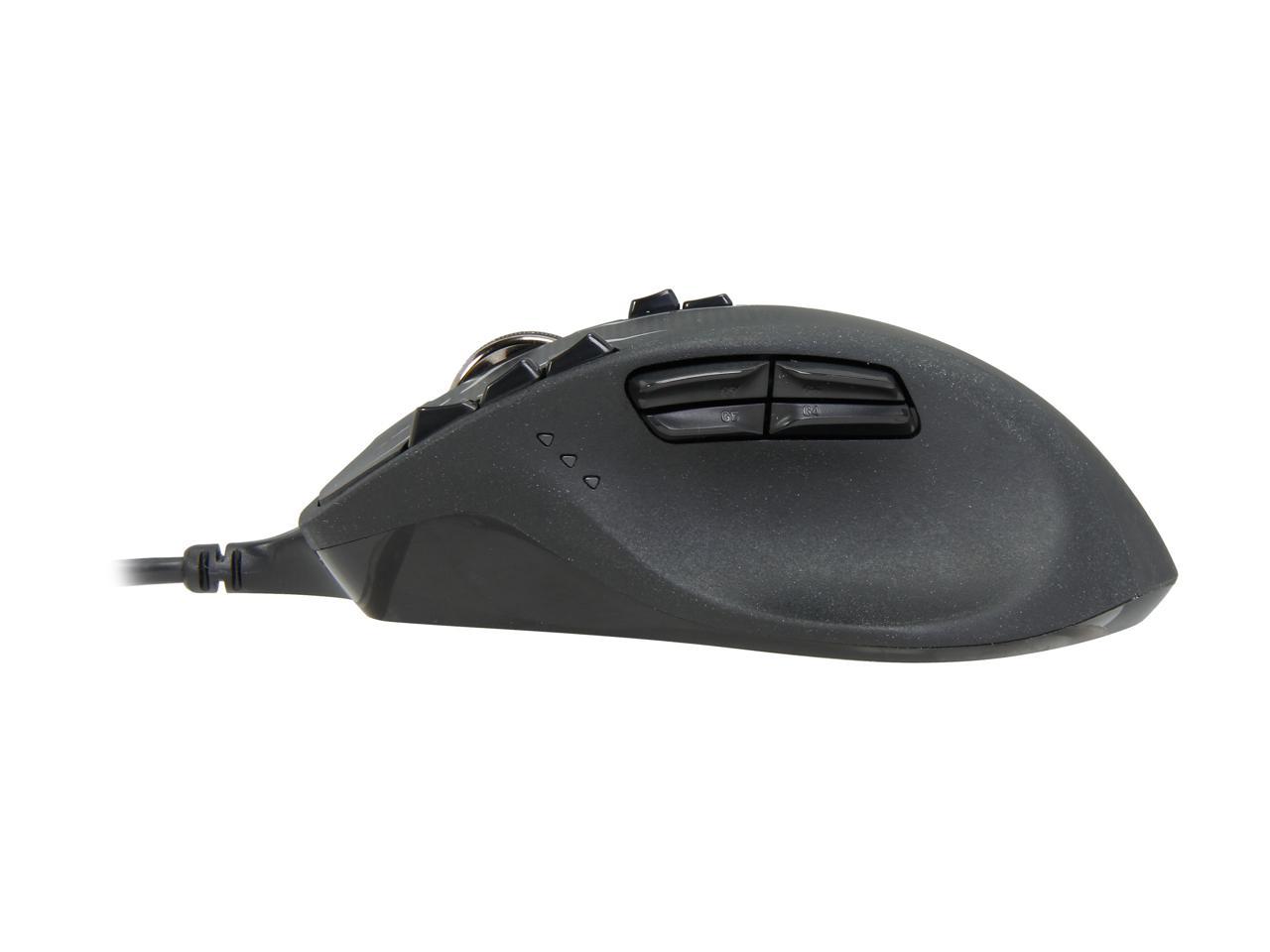 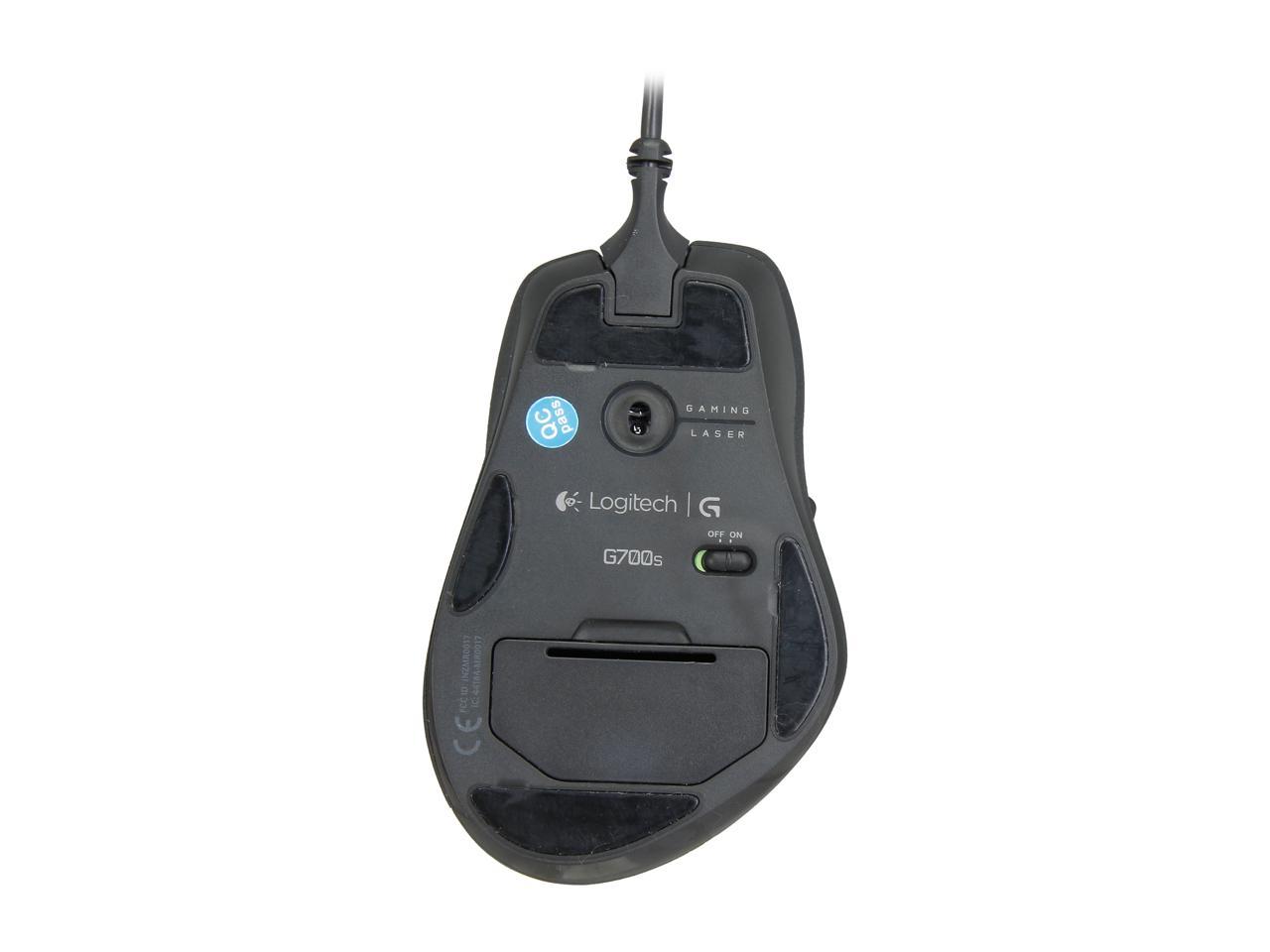 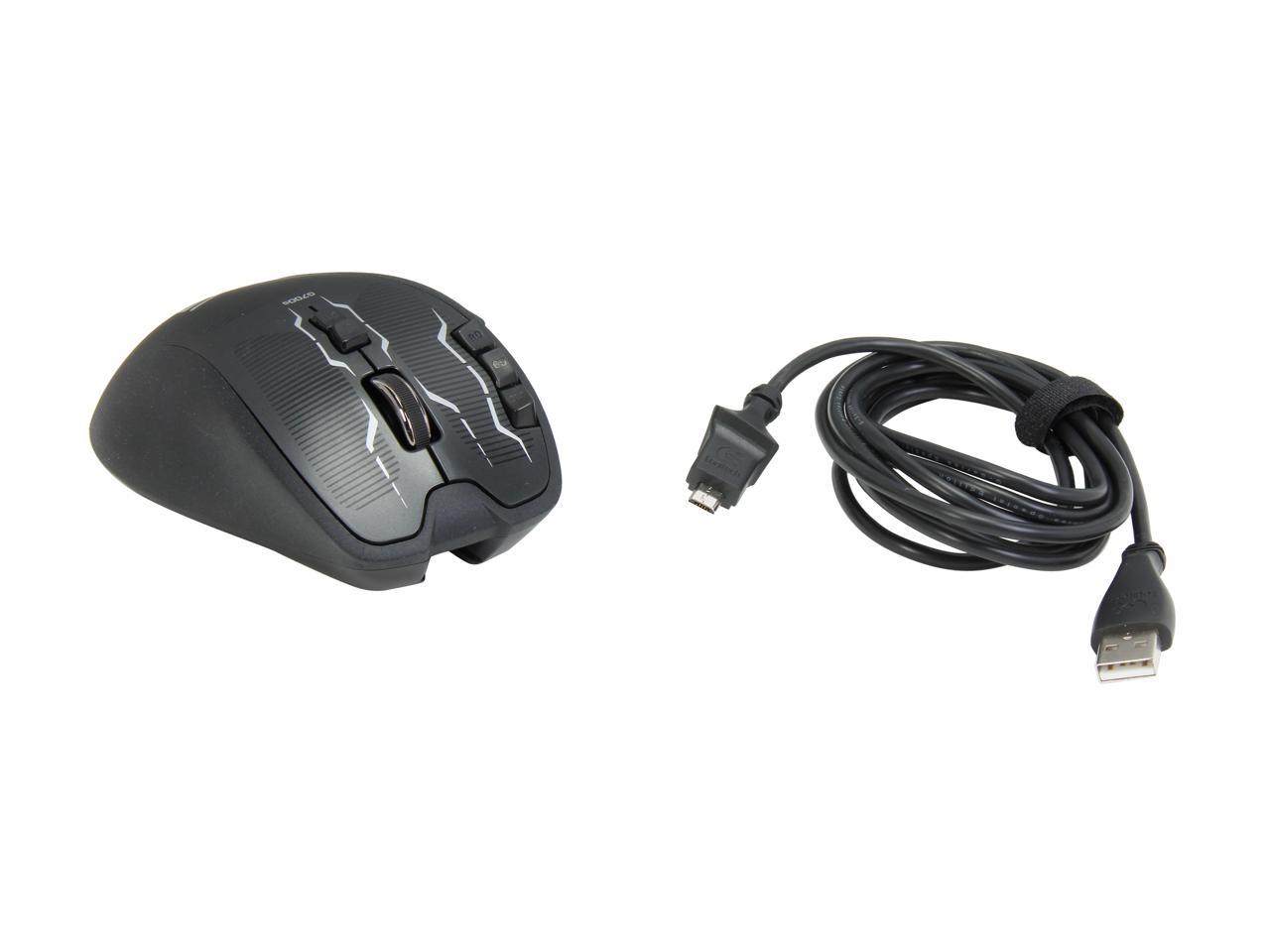 This means the product was tested and repaired as required to meet the standards of the refurbisher, which may or may not be the original manufacturer. Any exceptions to the condition of the item outside the manufacturer’s information should be provided in the listing, up to and including warranty details.
(19) Write a Review
See more "logitech g700s"
In stock.
Ships from China.
Most customers receive within 3-16 days.
Overview
Specs
Reviews

Learn more about the G700s

Pros: Just as good as the G700 Plenty of buttons for most games Macros work decently Can use wirelessly or wired You don't realize how much you'll love the free scrolling mouse wheel until you use a mouse without the feature. The only sign of this being refurbished is the lack of packaging.

Cons: A very lazy update from Logitech, it offers nothing new to the G700 except an ugly paint job. I replaced my G700 because the middle mouse button wouldn't work, had to switch the middle mouse button the the left wheel button, which also stopped working. Then the main left button stopped working consistently, had to be pressed a certain way and then the mouse began chewing through the battery when wireless, even when replaced with a new, higher capacity one. But I had the mouse for about 5 years before the wear and tear happened and the mouse went through Diablo 2 and Diablo 3, countless other games and two MMORPGs. Whether that's an acceptable MTBF is up to you.

Overall Review: I think logitech mice are EXTREMELY overpriced because they're not built like they used to be. Sure, the shells are solid but when you take them apart and look at the switches, they're just not nearly as good as older switches, thus forced obsolescence to encourage sales. So I definitely wouldn't buy one unless on sale or refurbed. Truth be told, I wouldn't have gotten the G700s if there were a proper competing mouse with the amount of buttons I want and the ability to be wired/wireless. It's a solid mouse but build quality is up for debate.

Overall Review: I loved this mouse when it was "new" (i bought it refurbished) It worked excellent for the first few months. Then.... the profiles started to reset to default. It seems that this is a common problem. It is not limited to when I plug the mouse in and open the Logitech Gaming software like others have, this is much more. I first noticed this problem when I was being nostalgic and playing through the HL Series. Randomly, I would keep running in a certain direction like the keys on my computer were stuck down. It was very frustrating... Later I discovered that the profile on the mouse kept changing back to the default (I usually play on profile 2 and use normally computer stuff on profile 1). What I figured out is every time my keys stuck, it was switching profiles back to 1 and re sinking to the computer (wirelessly that is). This was super annoying to the point where i deleted all the profiles but 1 and set it up for gaming. The problem is STILL there, now when I don't use the mouse for a while, it has reset to MFG default settings (aka the DPI is really low for my feel) and after about 2 seconds it returns to my only profile saved to the mouse and is normal again.... Great mouse when it works, but after checking many forums, this is a problem that is VERY common... sadly :(

Pros: Lots of buttons, very customizable, light weight and fast. I have used this mouse for gaming (world of warcraft, BF4, counter strike and many more) - so for someone that games 20-30 hours a week I use this mouse a great deal.

Cons: I have owned two of these and in both cases they haven't lasted more than two years. Maybe from the high use or maybe because they have built in chips on the mouse that once corrupt or malfunction you can no reset the mouse. the 2nd mouse only lasted 10 months or less.

Overall Review: If you want a great mouse, very customizable and lots of options this is an awesome purchase. Just be prepared to be purchasing them more than I personally think you should be.

Pros: The mouse is very comfortable and I like the button layout.

Cons: The cord it comes with is way too rigid and thick. When the mouse is plugged in it's very awkward to use because of the resistance it creates. If you plan on using the mouse entirely wirelessly this will be a non-issue for you.

Overall Review: I've owned a G602 for a little over a year. And like most of my Logitech mice the left mouse button started going out at almost exactly the one year mark. I've been very happy with the G602 and I've probably gotten more use out of it than most people do in several years to be fair. My only complaint is the inherent lag that comes with wireless mice. I was hoping the G700 would provide a similar experience to the G602 but with a wired option. The G700 is actually quite a bit more comfortable and I love the free scrolling wheel option. It's a shame it's almost unusable while it's plugged in.

Pros: -Mouse in good condition -Came with a battery -Mouse is easy to use

Cons: USB cable came with contacts literally covered in rust and some other stains. Contacts were bent and actually couldn't be plugged in; I had to re-bend the metal back into place. After some deep cleaning, it works, but if this is the norm, I won't be buying refurbished products from Logitech again.

Overall Review: I would rather pay new for the mouse now. I can't even imagine where the mouse I got has been.

Pros: The mouse feels solid in the hand, glides smoothly, is evenly weighed, and all of the buttons are re-assignable. It tracks great on all of the surfaces I have tried it on, and range and interference is not an issue in wireless mode, and I have a wireless AP right by my desk. Nary an issue.

Cons: The side buttons take some getting used to, and they tend to feel a little more on the mushy side, as opposed to a nice solid clicky feelings on all of the top buttons.

Overall Review: Solid, dependable, all around awesome gaming mouse. Cannot be beat. The included Eneloop battery is awesome as well.

Cons: Bad mouse from the seller

Overall Review: This particular refurbished mouse from this seller fail to test the mouse for quality. Its refurbished but it should still meet the minimal standard. What I got is a mouse that little to no tactile feedback to the side buttons that fails to connect from time to time. Maybe I just got unlucky and got a defected mouse, but it shouldn't had gone past the seller.

Cons: It has become unusable. Today it got to the point where I was spending more time trying to deal with the problem than I was doing work. I am done with this mouse.

Overall Review: Usually purchasing refurbished is a good idea, it just didn't work out in this case. I just purchased the Gigabyte Aivia Uranium mouse for a great price from another retailer. That one looks pretty sweet.