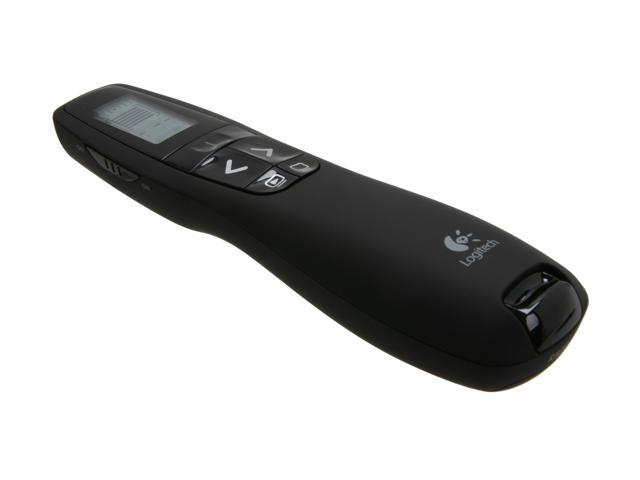 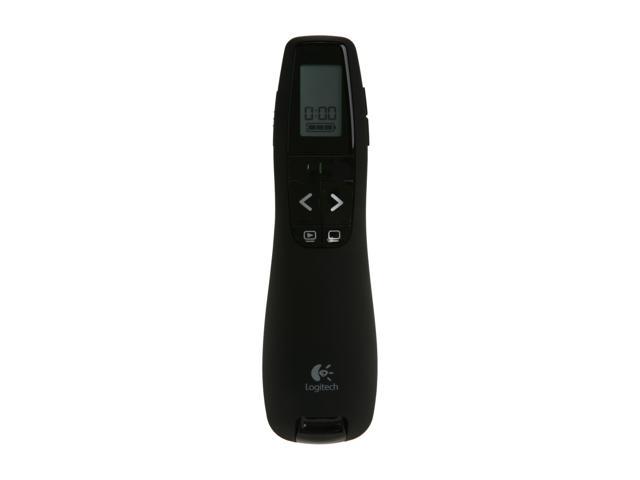 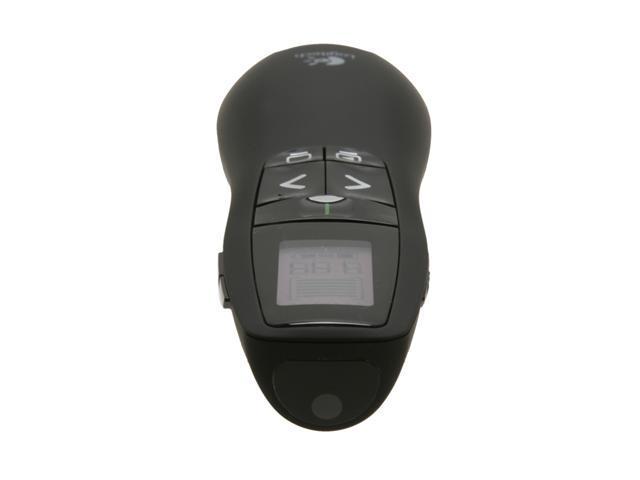 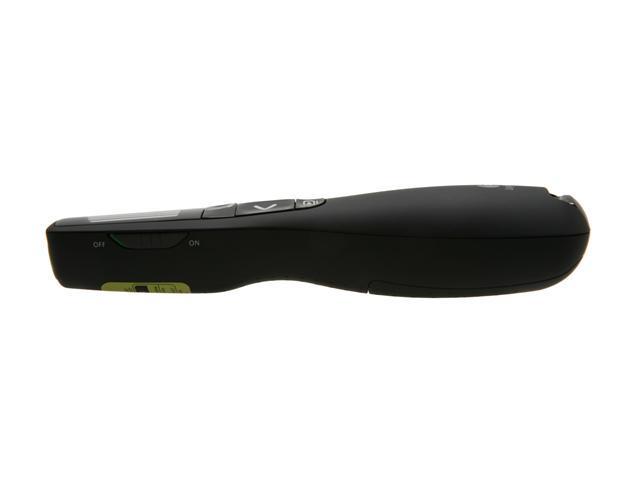 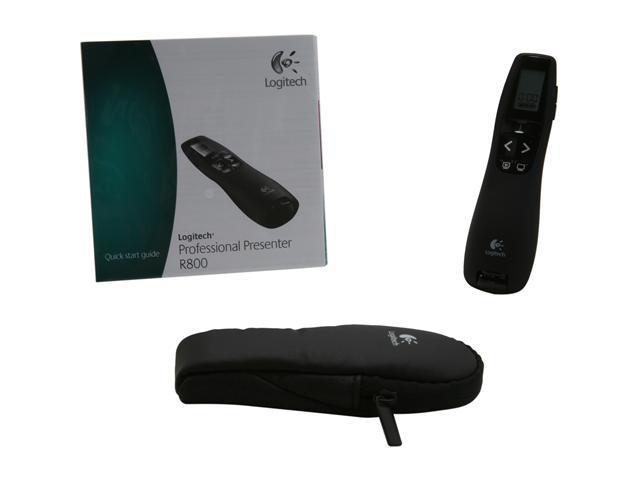 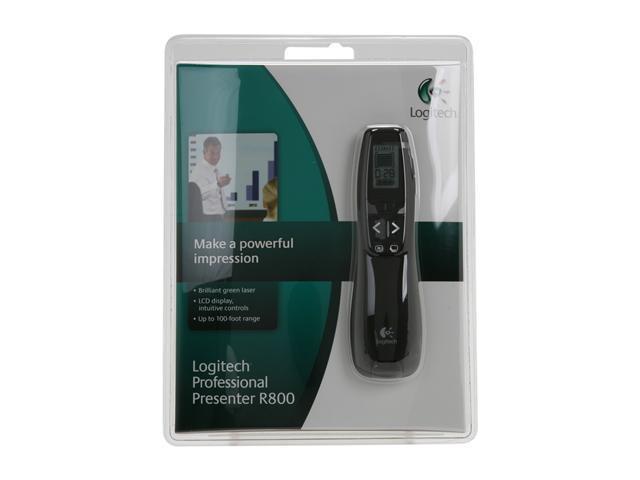 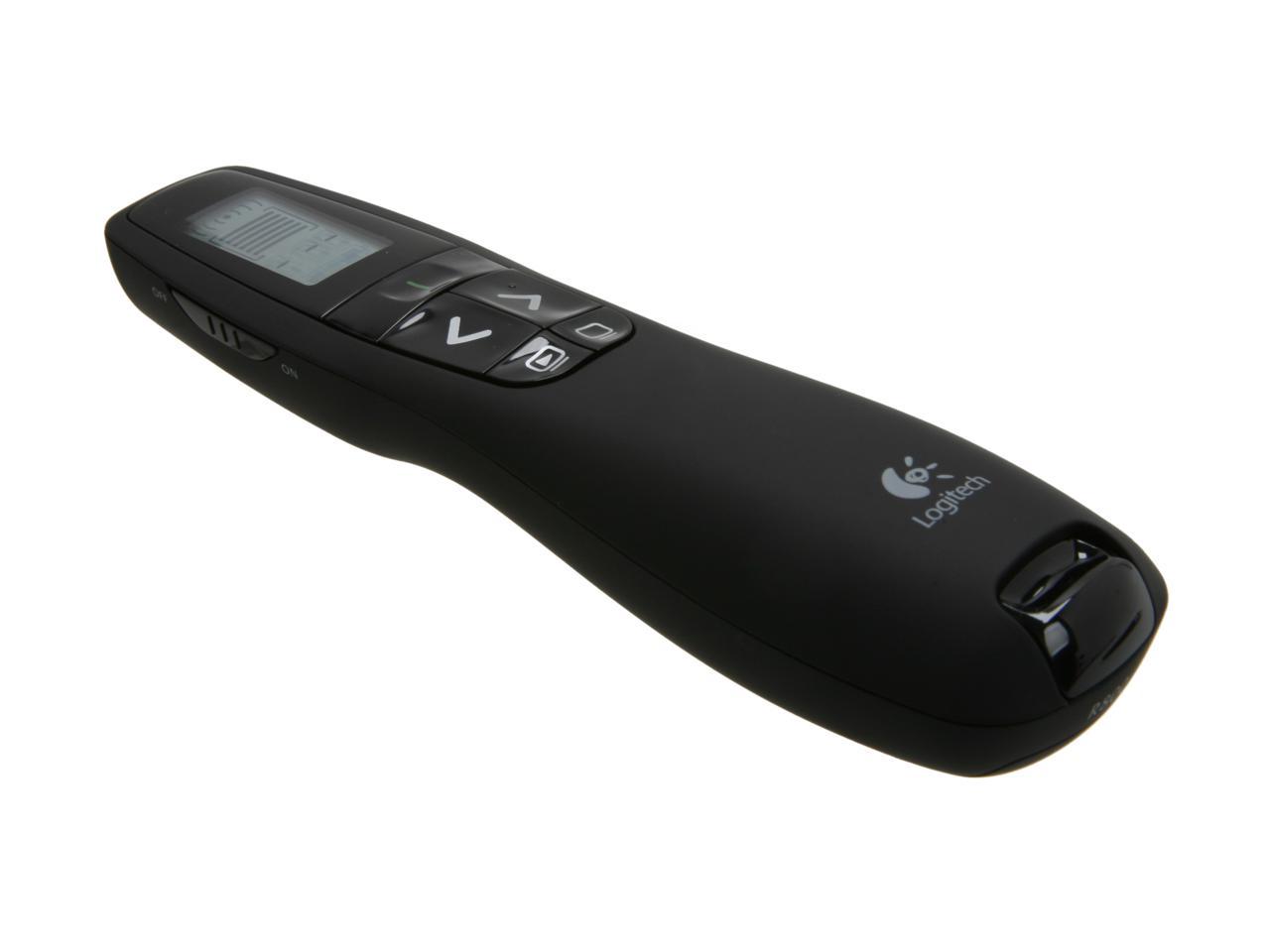 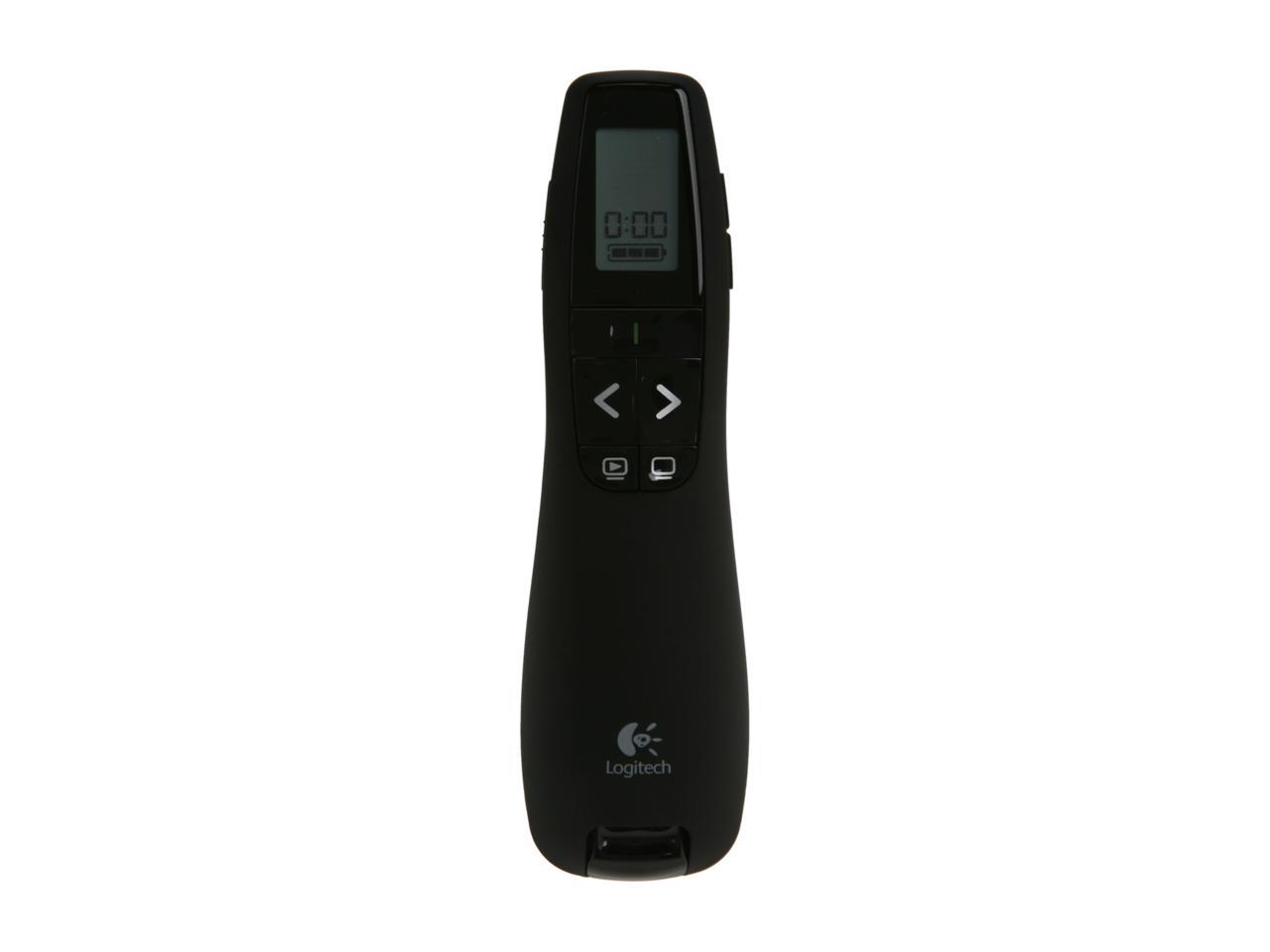 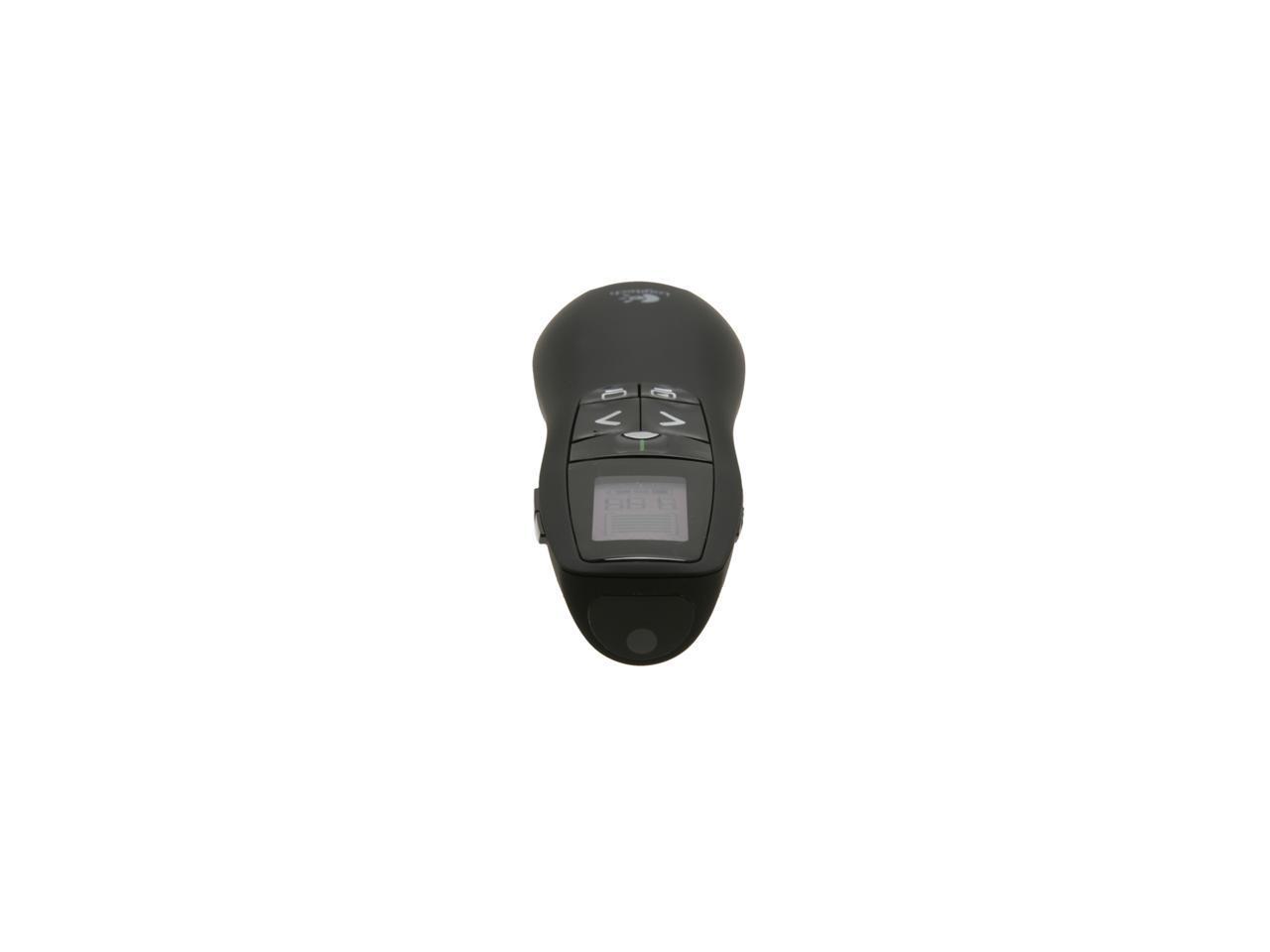 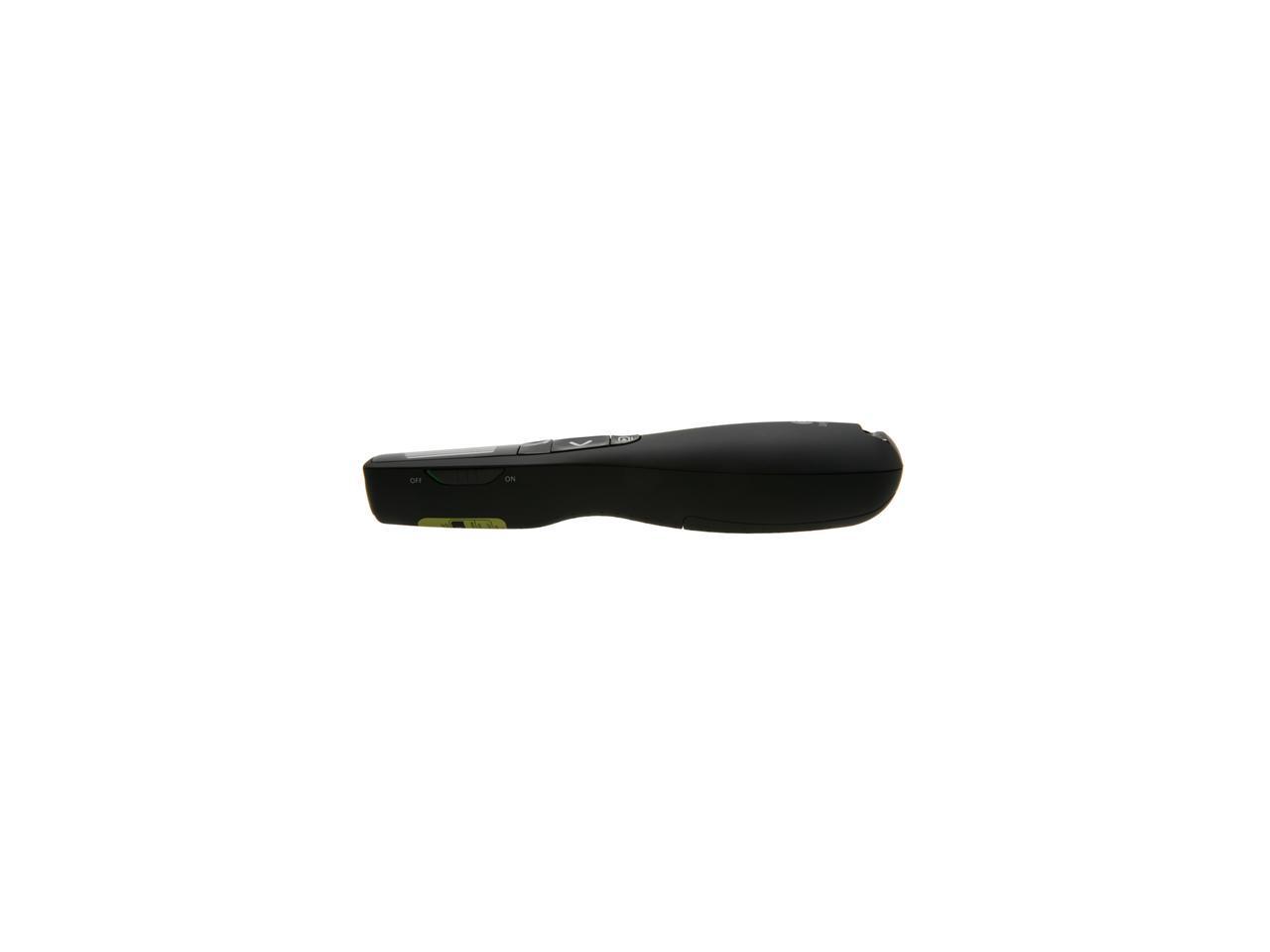 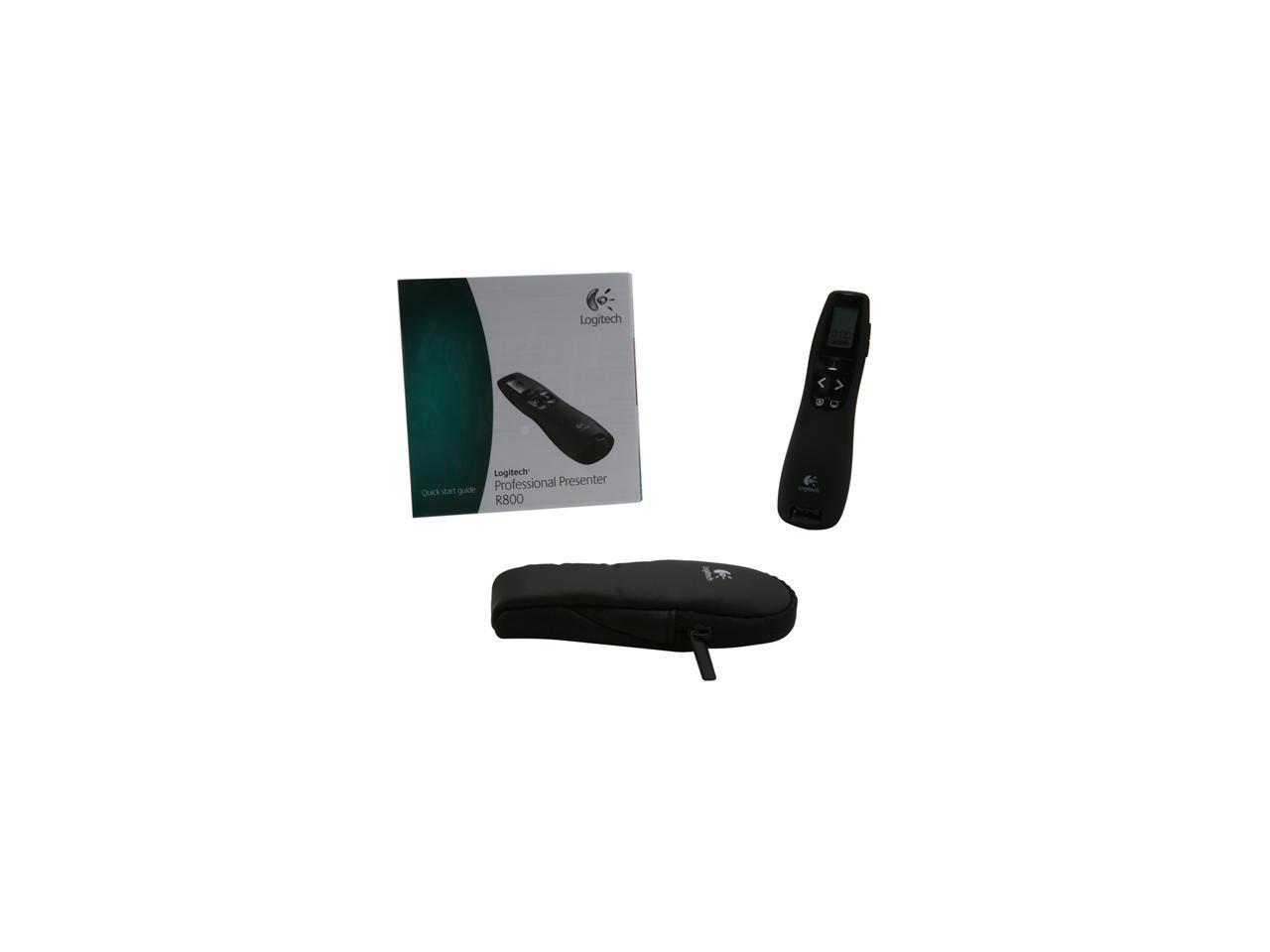 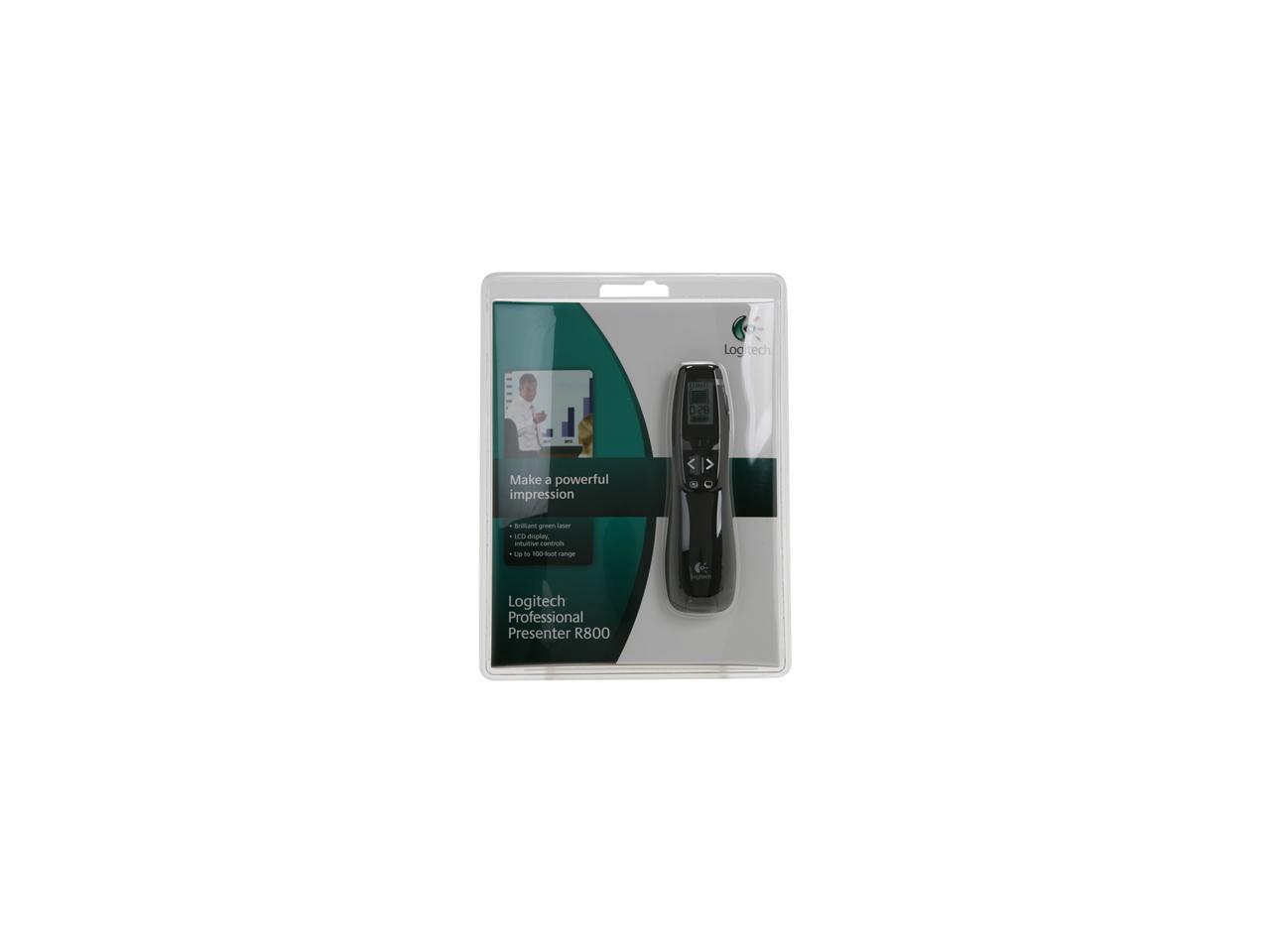 Learn more about the Logitech R800

Pros: Just got this delivered today and i have been putting it through it paces. I have used it with power point, a word document and a PDF file. Works very well with all three. The PDF and word doc, I put into full-screen (f11) and it paged through very easily. No surprises with the power point either. I really like the black screen, I can have my presentation queued up before I start, then with one click from anywhere in the room, ta da! the screen lights up! The green pointer is really cool, I almost feel Lanternish when I press that button.

Cons: Did not provide me with super-powers beyond enhanced presentation gimmickry.

Overall Review: I might need to buy one for my wife!

Pros: I used this in class for a presentation. I booted the class PC into Linux using my USB flash drive (Linux live). This device works PERFECTLY in Linux. Presentation worked without a hitch. Unlike Windows, Linux will recognise the device instantly and silently. It works in a split second from when you've attached it. I think it really impressed the class too. Timer is very easy to use (intuitively) and it's effective, although I got nervous and pushed the wrong button during my presentation and stopped the timer. I'll be more careful next time and I'd still say it's the best device you can get for this work. Green laser was awesome!

Cons: The battery cover fell off once and doesn't want to stay so well. Not sure why. I used some tape on the inside to make it more snug and you can't see it from the outside so it's all good.

Cons: In carrying case, if there was a space for spare batteries, it would be nicer. (This runs with 2 x AAA batteries)

Overall Review: If you are looking for a professional looking, quality presenter, you can consider this one.

Pros: This is great for Presentations only. The green laser pointer is bright and a welcome change from red. The range is excellent. On/Off switch help conserve battery life. All around great device for those that use Powerpoint often. Nice comfortable feel.

Cons: There needs to be more options with the timer.

1 out of 1 people found this review helpful. Did you?
Glenn H.
Ownership: 1 week to 1 month
Verified Owner
Cheaply made with factory defect, think twice before buying this one!3/6/2020 1:34:21 PM

Cons: Cheap flimsy and would not sustain extensive use.

Overall Review: I am not sure whats going on with Logitech lately, but their products seem to continually be getting worse. I received this presenter mouse today, the packaging was fully in tact, the box was not damaged, but after opening I could see the plastic display screen on the front was popping up out of the body of the device, making it unreadable. The on/off switch seemed to be crooked and when in the on position the thing showed red and when off green, maybe by design but seemed backwards. I pressed the clear plastic display back in place, but after a few moments it started working its way back off. It was like it was missing glue or something inside that would secure it. I immediately contacted Logitech on their support page using the chat feature about the manufacturing defect, and instead of saying "sure we messed up at the factory let us correct" they told me to go through the vendor, which seems counter productive to me. I explained this wasn't a vendor issue but a quality control issue from the factory, you would think they would want to get it in their hands to see where their trouble spots may be and to prevent this from happening again if possible, all they said was it helps them to hear feedback in order to make better products...or something like that. Seems a company, especially one like Logitech, would want to get their customers satisfied quickly and resolve QC issue in a timely manner, but in my case Logitech wasn't interested. They were so disinterested, they left me hang for more than 5 minutes at a time between posts, on a chat session that feels like forever, but I am guessing they wanted me to just fade away. I did reach out to Newegg who sent me an RMA and will issue a refund, but what a pain and has turned me off of the Logitech brand! I think their customer service and quality of at least this product and some others I have been dealing with lately, are sub-par!

Pros: I bought this years ago for my wife's classroom use. Great durability and useful for presentation. She still uses this with her computer at school.

Cons: Nope, not yet.

Overall Review: Whats not to love.

Overall Review: A small software improvement can transform this in a PC remote useful when you are streaming videos from your computer for example. Just allow mapping of a key or key combination to certain buttons.