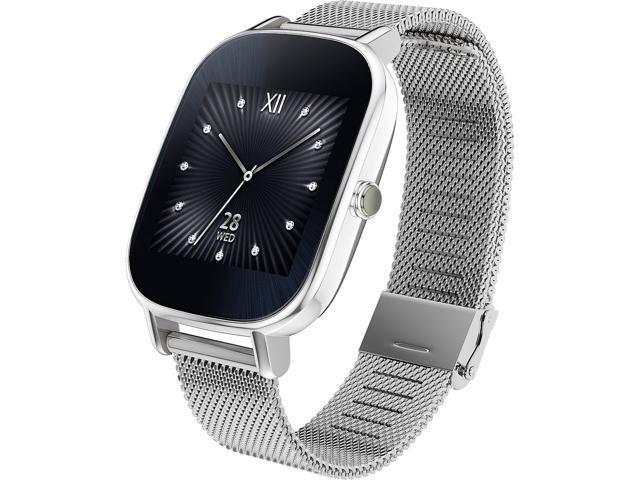 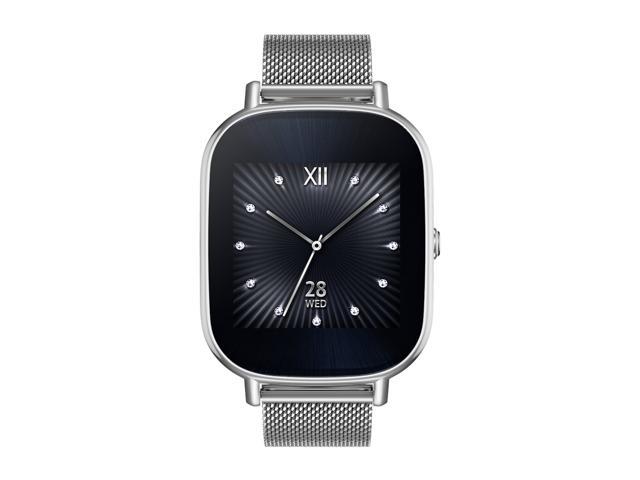 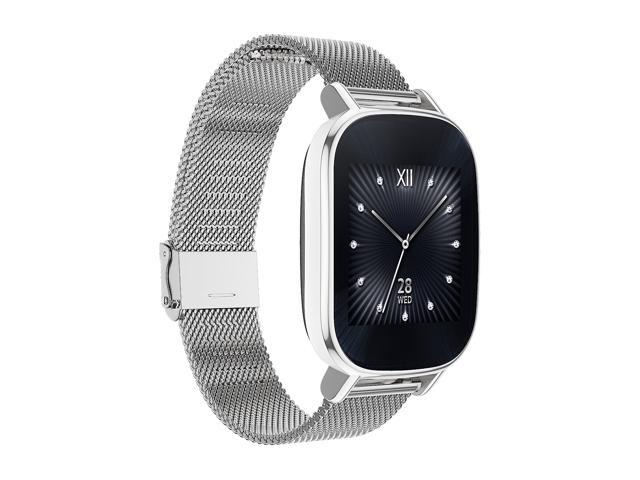 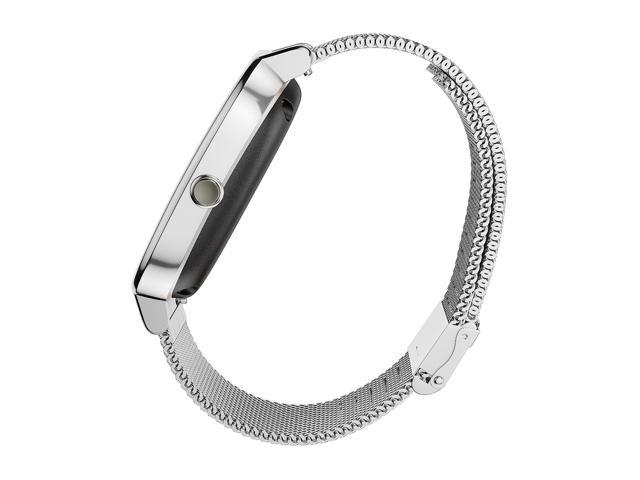 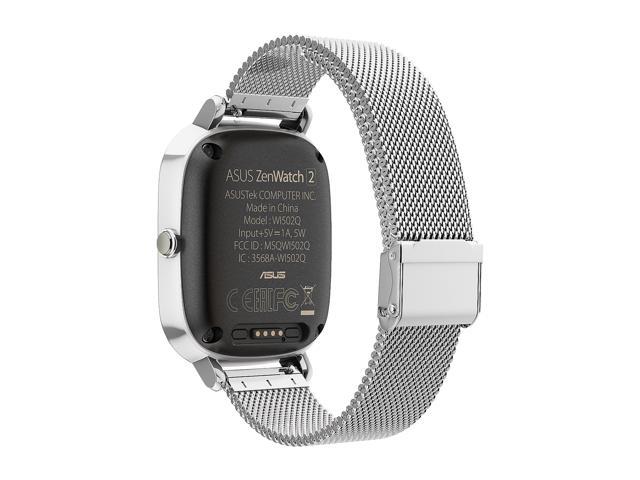 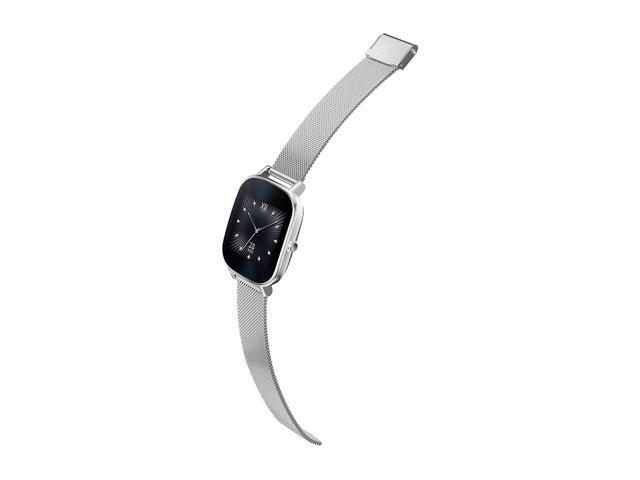 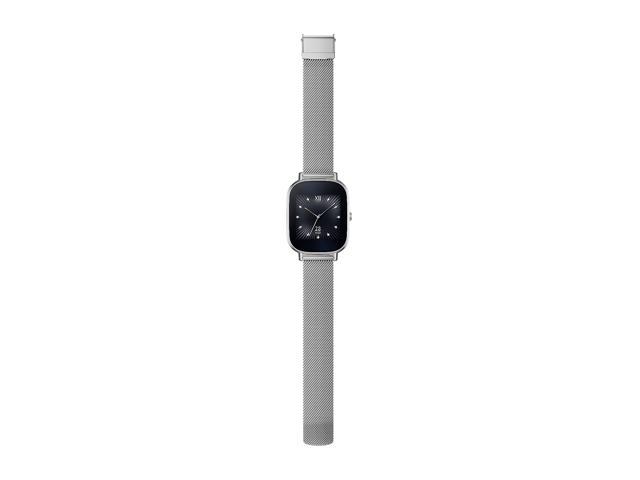 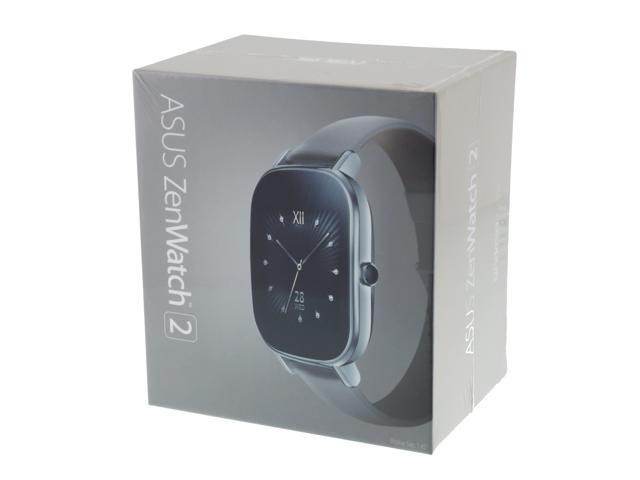 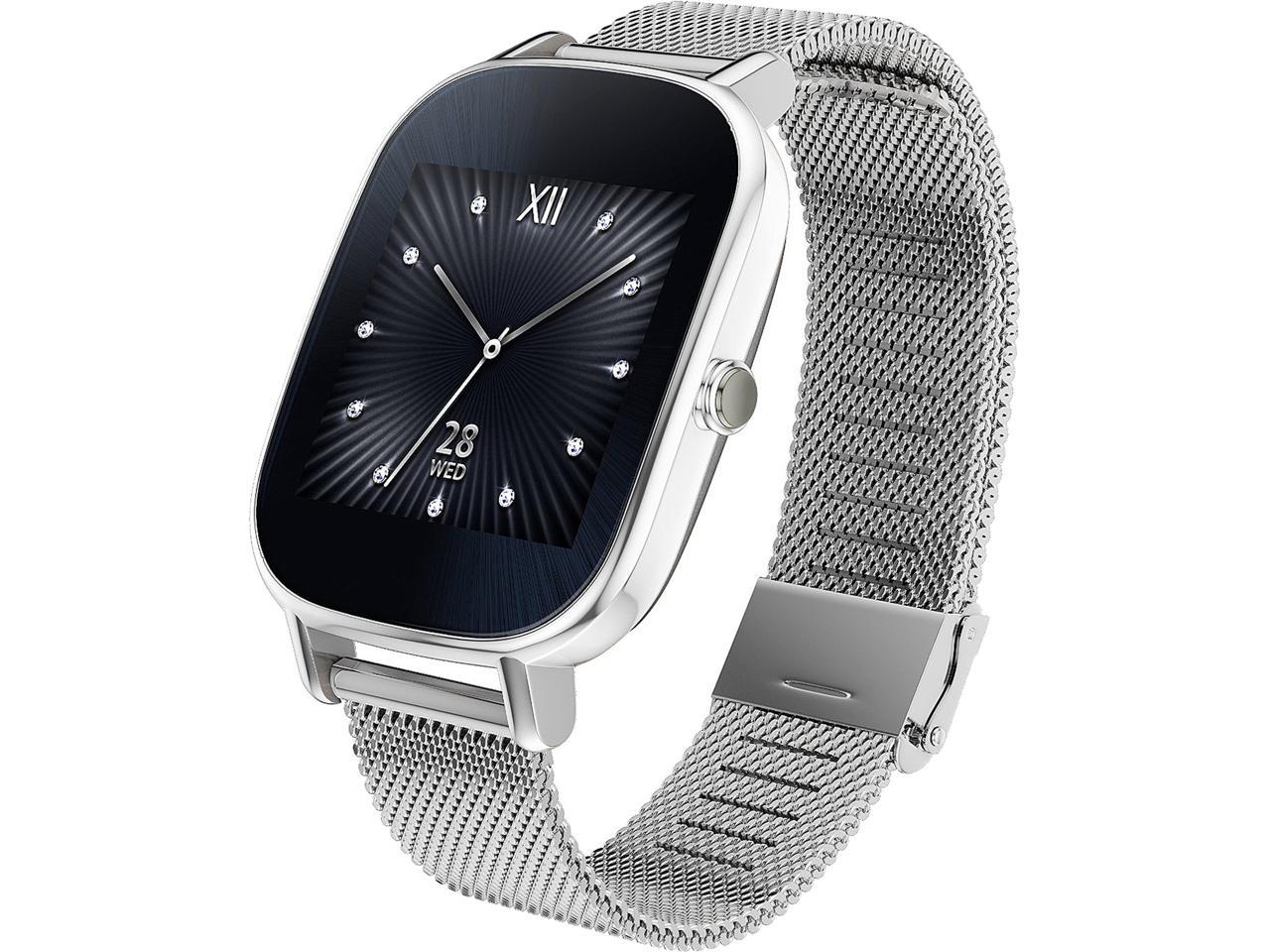 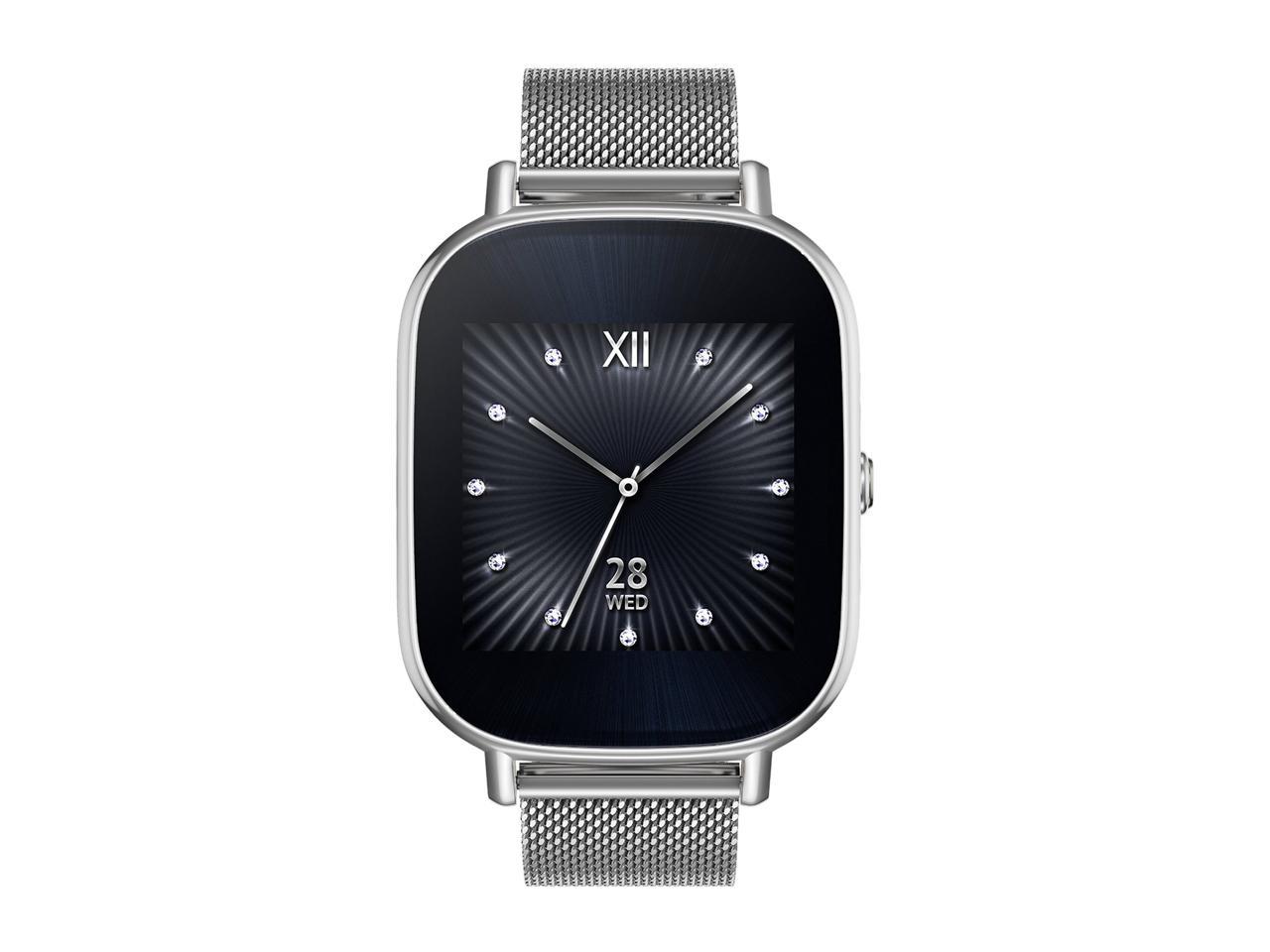 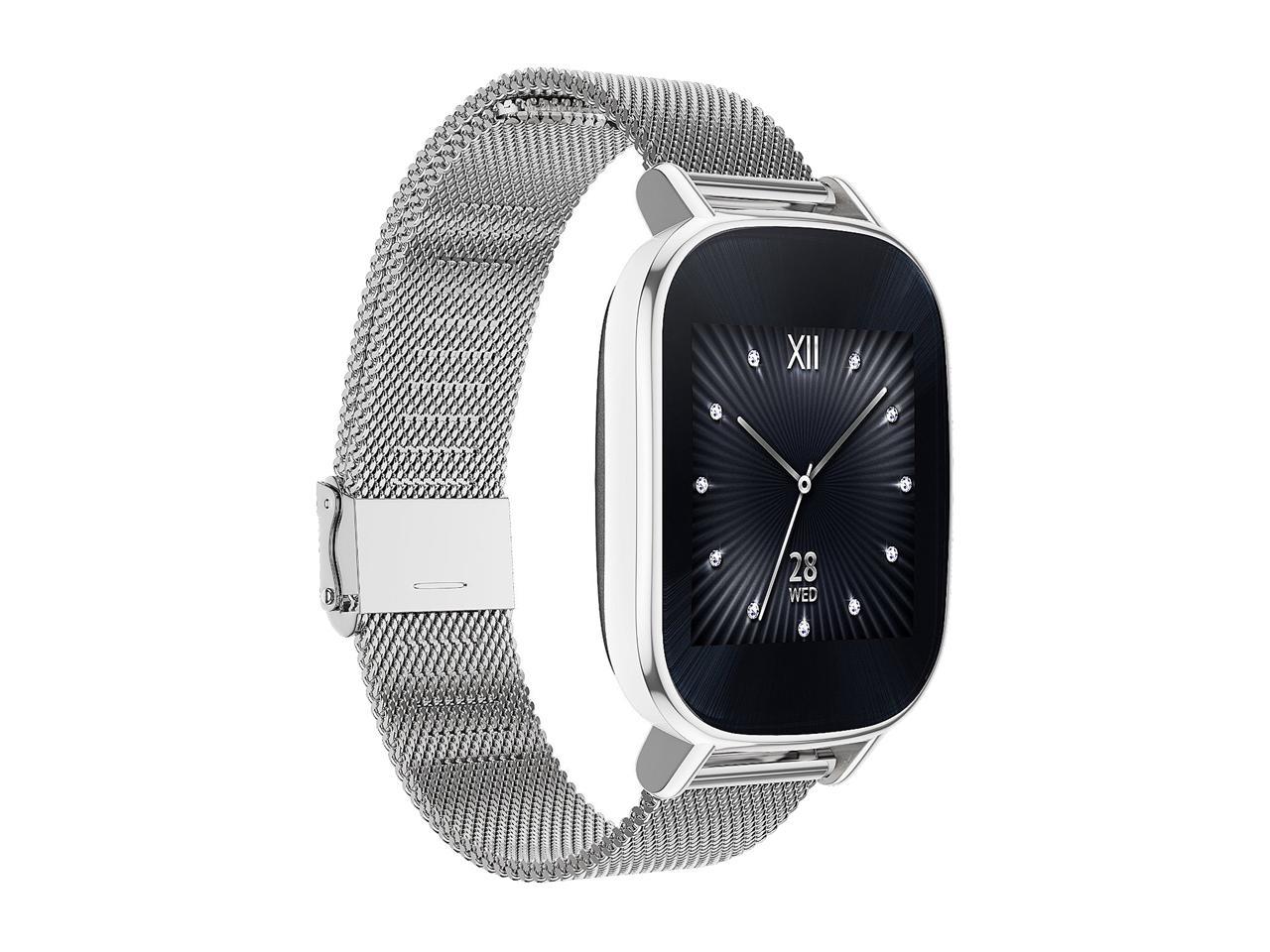 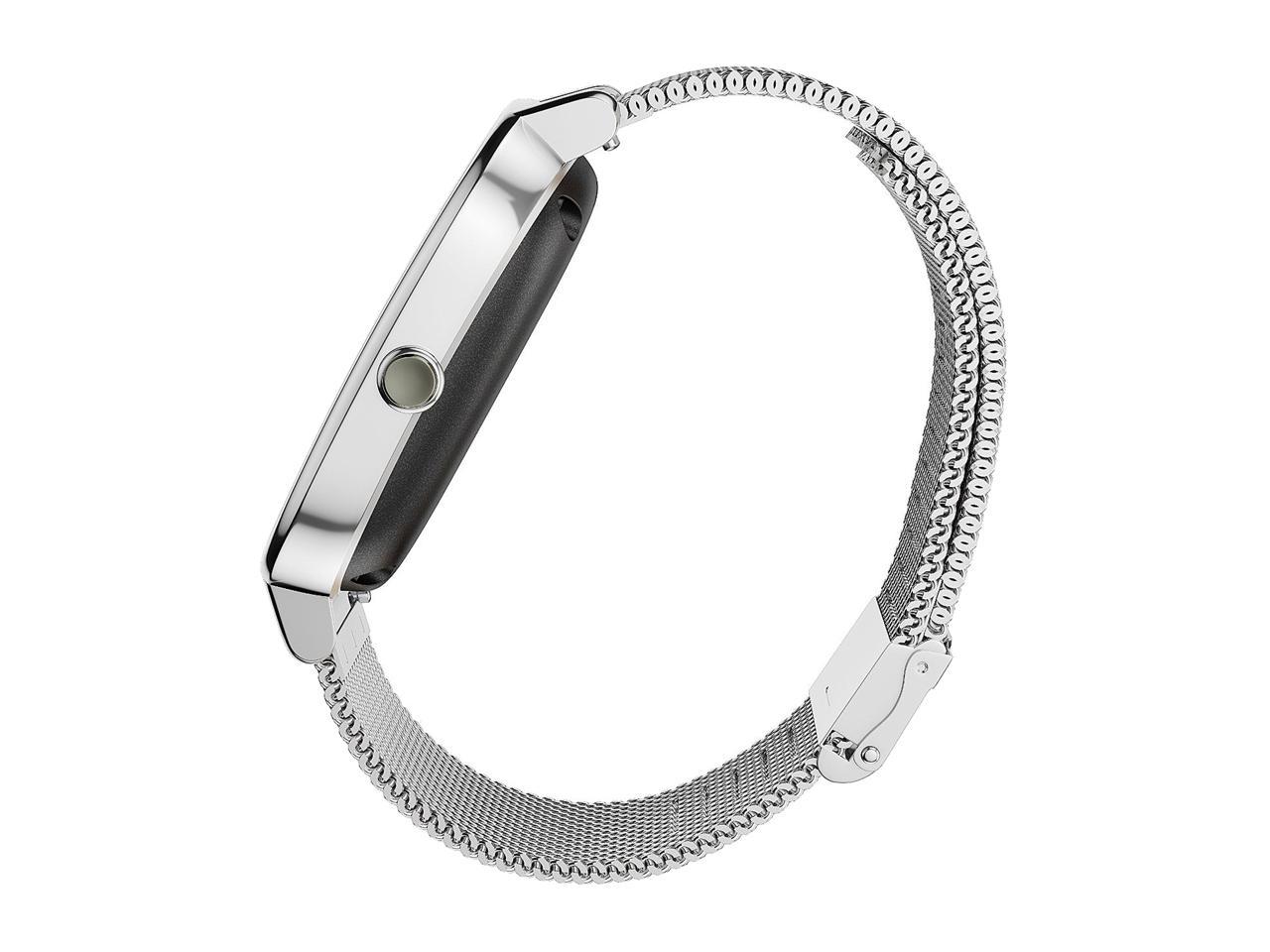 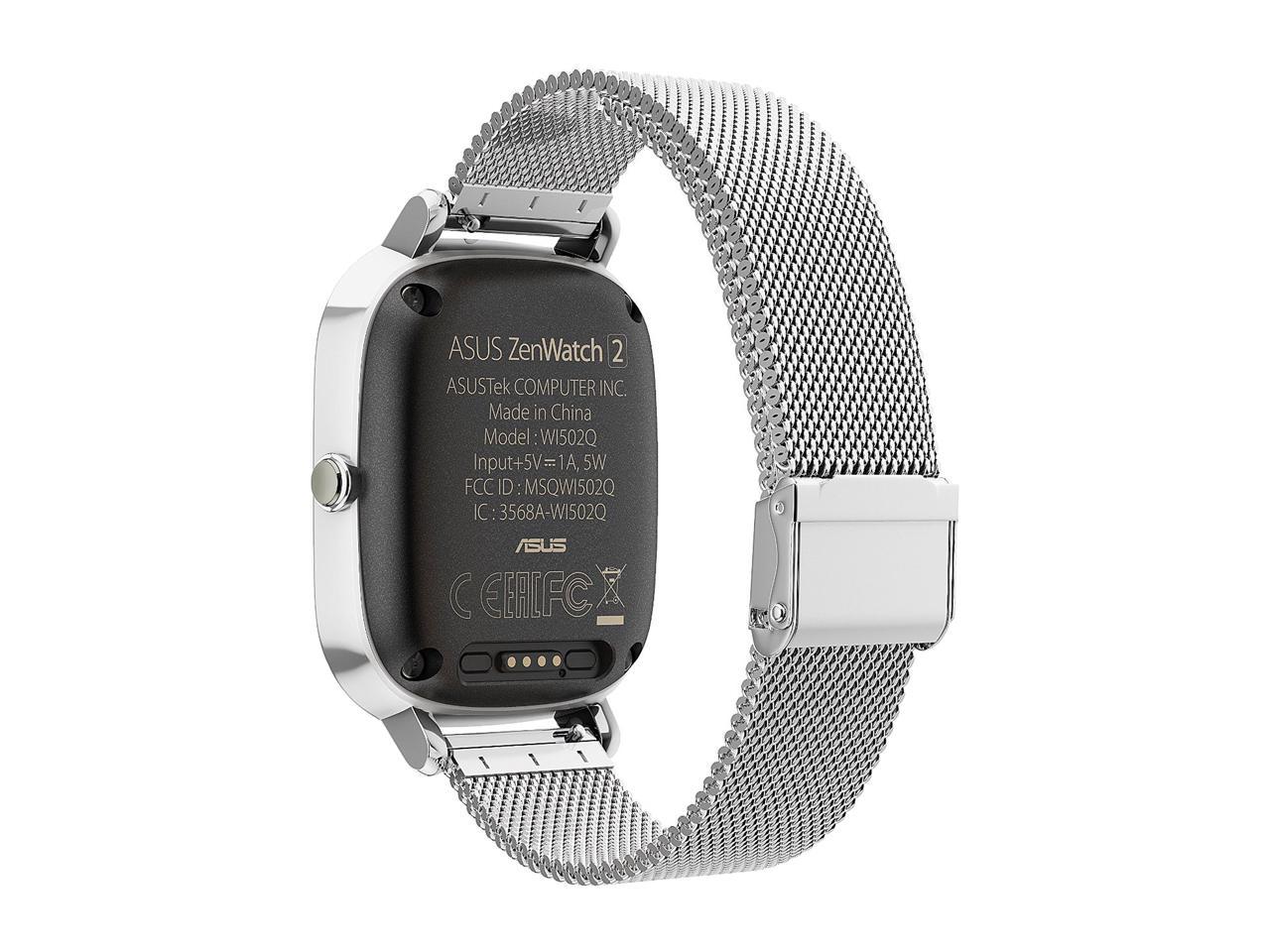 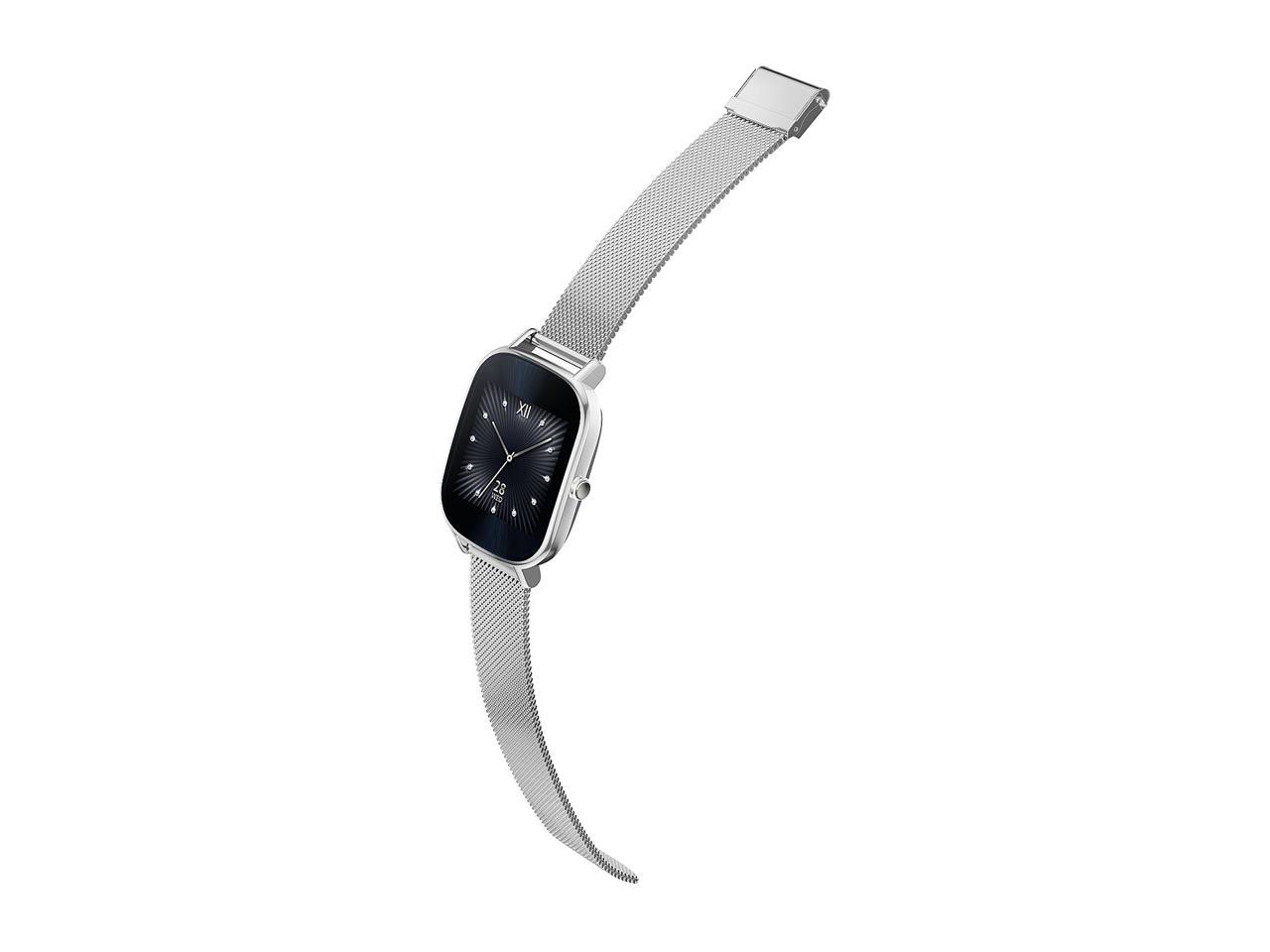 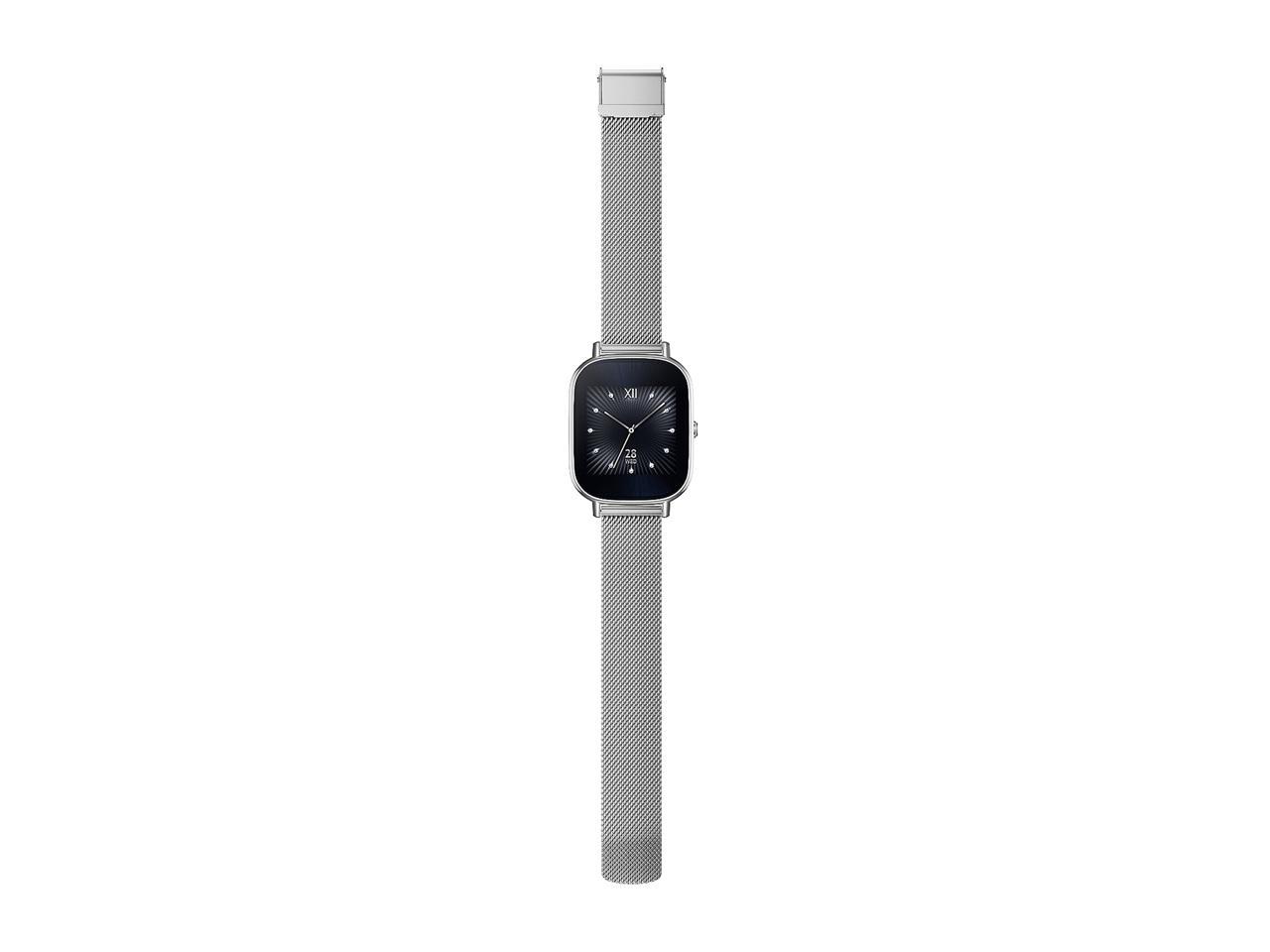 (14) Write a Review
OUT OF STOCK.
Please note that this product is non-returnable and non-refundable.
Overview
Specs
Reviews

Learn more about the ASUS WI502Q-SM-SR

Pros: I think you really can't beat this for the price. As a background, I have owned the Pebble Steel watch for a few months now (which I love, and is possibly even more practical than an Android wear watch), and I have had the original version of the moto 360. I returned that watch. When the new version of the Zenwatch came out, I decided to give it a try because the price is so good. I initially ordered the version that comes with the leather strap (from a well-known national retailer), but I returned this because the strap was very, very uncomfortable. I then ordered this one from NewEgg. Finally, on to this watch. It gives you the same benefits that come with all the Android wear watches because it is the same software. Indeed, it is also the same hardware in terms of processor, memory and RAM as most any other watch out there at the moment. Even though this version is cheaper than the leather version, I find the strap is much more comfortable. It is, of course, rubber, but it looks fine to me. I may eventually change to a different strap (standard 22mm), but I'm perfectly happy with this for now. I see no noticable lag when using the watch. It is too early to judge battery life yet. Smart watches take a few days to settle down, and my battery life has varied a lot over the last few days of ownership. Given some good battery life that I have seen so far (among some bad), I'm expecting it to settle down to a very usable full day minimum. The biggest difference with this new generation is that it's feasible to use the always on (ambient mode). This makes it much better. Having to wake the watch up every time you want to glance at the time is a real bore, and is one of the main reasons the Pebble watch is so practical. This advantage is somewhat mitigated now because the better battery life make ambient mode usable.

Cons: The one thing you have to be prepared for with this watch is that it's quite large. I have medium to large wrists, so it's not really a problem for me. It is significantly larger than the Moto 360 though. The other con to this watch is the outside visibility. If you work outside a lot, I would think carefully about this. At maximum brightness it is still (just) visible, but it is not that easy. Ambient mode? Forget it. Of course, this will be the case with most any smart watch (apart from the Pebble), but I think this watch is worse than the Moto 360, for instance, in this respect.

Overall Review: As I stated at the beginning of this review, I really don't think you can beat this watch for this price, and if you're thinking about venturing into the smart watch arena without a massive investement, this is definitely the way to go. I have had smart watches for some time now, and I still bought this as my only Android wear watch. All things considered, this is the best value.

Pros: Reaction time is on point Vibration allows me to realize that I got a notification Notifies me before the phone does, which I find funny Compatible with most if not all Android Apps Currently have the ZenFone 2 which pairs great with the ZenWatch 2

Cons: None at this very moment. Will update when I do find one.

Overall Review: Make sure when you buy a smart watch that it's compatible with your phone and if it fits your wrist.

Pros: Low price, very comfortable rubber strap. Nice integration with my Nexus 6 running Android 6 and latest Wear software. Aesthetics are really nice when the screen is off, nice stainless steel frame and large crown. Really liked the magnetic pogo charger design. Ok Google worked really well. Unlocking my phone with my watch was useful. Google Calendar integration was also useful. I found myself not having to take my phone out of my pocket and unlocking it all the time to look at notifications (my Nexus is configured not to show notifications on the lock screen, so I have to unlock it to look at Whatsapp and mails).

Cons: I didn't realize how much the ugly bezel would bother me until I had to look at it 100 times a day. Another thing that bothered me was the delay between getting a notification, tapping on it and seeing the full contents. Sometimes took a couple of seconds. I guess they save battery by not sending all the content from the phone to the watch via BT until you tap for details.

Overall Review: Battery life was two days with screen always on disabled and wrist flick disabled. Ended up selling the watch after two weeks because it was too big for my thin wrist and couldn't stand the ugly bezel.

Pros: looks good, I got the larger watch but I can also see myself wearing the smaller one too. I preffer the Rubber strap is ok, no complaints android wear is good

Overall Review: Looks and feels like quality, I like the square look over the round look and ... If you dont like to show off your smartwatch ... its a pretty cool standalone watch !

Pros: Paired easily with phone, vibration notifications are strong & looks great. Was a little hesitant about the rose gold finish since I've never had a gold watch but looks even better in-person with contrast of shiny/gloss & matte (brushed aluminum). Thin line directly surrounding bezel is matte rose gold then (going away from the screen) it's a shiny finish (when facing the screen) all the way to the top of lug area's. Both left & right sides of the case (including crown area) & extending to the outer side of the lugs has a matte finish. Google & Asus finally released an OS update to allow internal speaker to function. The speaker's loud enough & receiving party said my voice was clear. Magnetic charging cable's convenient. I get about 2 days out of it (always-on, tilt to wake screen, middle brightness & wifi off) before having to charge. Fits my 7.5" wrist fine with plenty of notches remaining. The quick releases on the 22mm straps are very convenient if I ever want to switch out. Great price for what you get compared to other Android Wear smartwatches.

Cons: Bezel is somewhat thick & wished it had an ambient light sensor but for the price, can't complain. I have mixed feelings about the strap. It's pretty stiff so will take some time to get softer although the texture is interesting (in a good way).

Overall Review: I also have a Motorola Moto 360 2nd gen (with silver metal band & black leather band) & Huawei Watch (black case with matching metal band). While I prefer both the Moto (much smaller bezel & has an ambient light sensor) & Huawei Watch (noticeably higher resolution & sapphire crystal), they're also twice the price. If you can't justify $400+ for each then the next best option is the Asus Zenwatch 2 with its classy design, beautiful finish & great price.

Cons: wrist strap fits me fine with a couple holes to spare, but I would prefer it to be longer. the loop slides off of the portion of the strap that protrudes from the buckle.

Overall Review: I'm using a Droid Turbo 2, and there are no problems. 100% compatible. Google app works perfectly via the watch "Ok Google." I've since turned off the Motorola version of it because it would sometimes activate when I didn't actually use my activation phrase. this never happens with the watch. I can leave me phone on silent 24/7 and just depend on the watch vibrating to let me know if there's a message or phone call. I love it! device is only a month old, so I cannot speak to durability, but absolutely no complaints thus far. one day's worth of use drains a little less than half the battery. when I take it off at night, there's between 55-65% charge remaining. so 2 days w/o a charge is realistic.

Pros: Good quality, fast and very functional. Looks nice. Battery lasts for two days and more if you allow the screen to turn off (which for the life of me I don't know why anyone would do otherwise).

Cons: Apps have a long way to go. I purchased this watch for Skype specifically. Of all the apps I have on it Skype is the only app that will not notify me by vibration. So I'm waiting for Microsoft to make a fix. I'm sure my clothes will go out of style before that happens. You can forget about One Note also. It only shows the page titles. No content. What were they thinking? Or did anyone try the app before they released it?

Overall Review: If you have a need go for it..... its a nice watch

Pros: -Great starter Android Wear watch, for the price and the features there is no one to beat. You get the same functions you would get in any other smart watch with the Zenwatch 2. (Note: there is no heartbeat sensor or ambient light sensor) -Elegant design, great curves and the band is very atractive. I'm thinking of changing the strap to a leather one to better suit the fancy appearance of the watch. -Great battery life, thanks to not having to check you phone every five minutes like we usually do, your phone will last longer and the watch itself will last you a complete day. I have an Htc m8 which has horrible battery life but there has been days where my battery life has double since I have had the watch.

Cons: -The band could be more atractive. I have the 22mm brown plastic one, even though it is not ugly it leaves a lot to be desired. -Some watch faces looks grainy when your watch enters ambient mode (display always on mode). I dont mind for the fact that my preferred watch faces dont suffer from this.