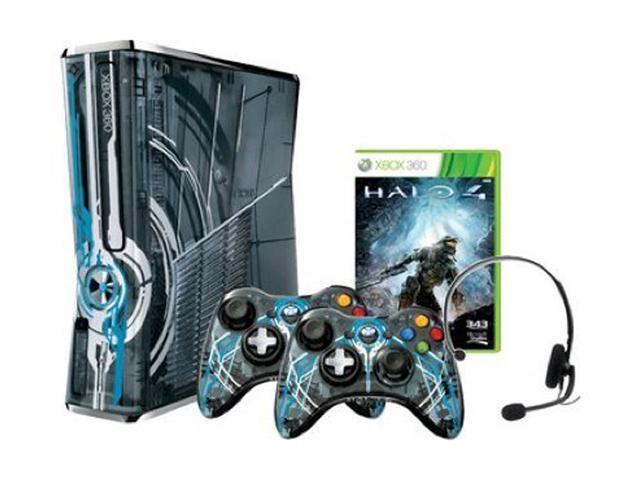 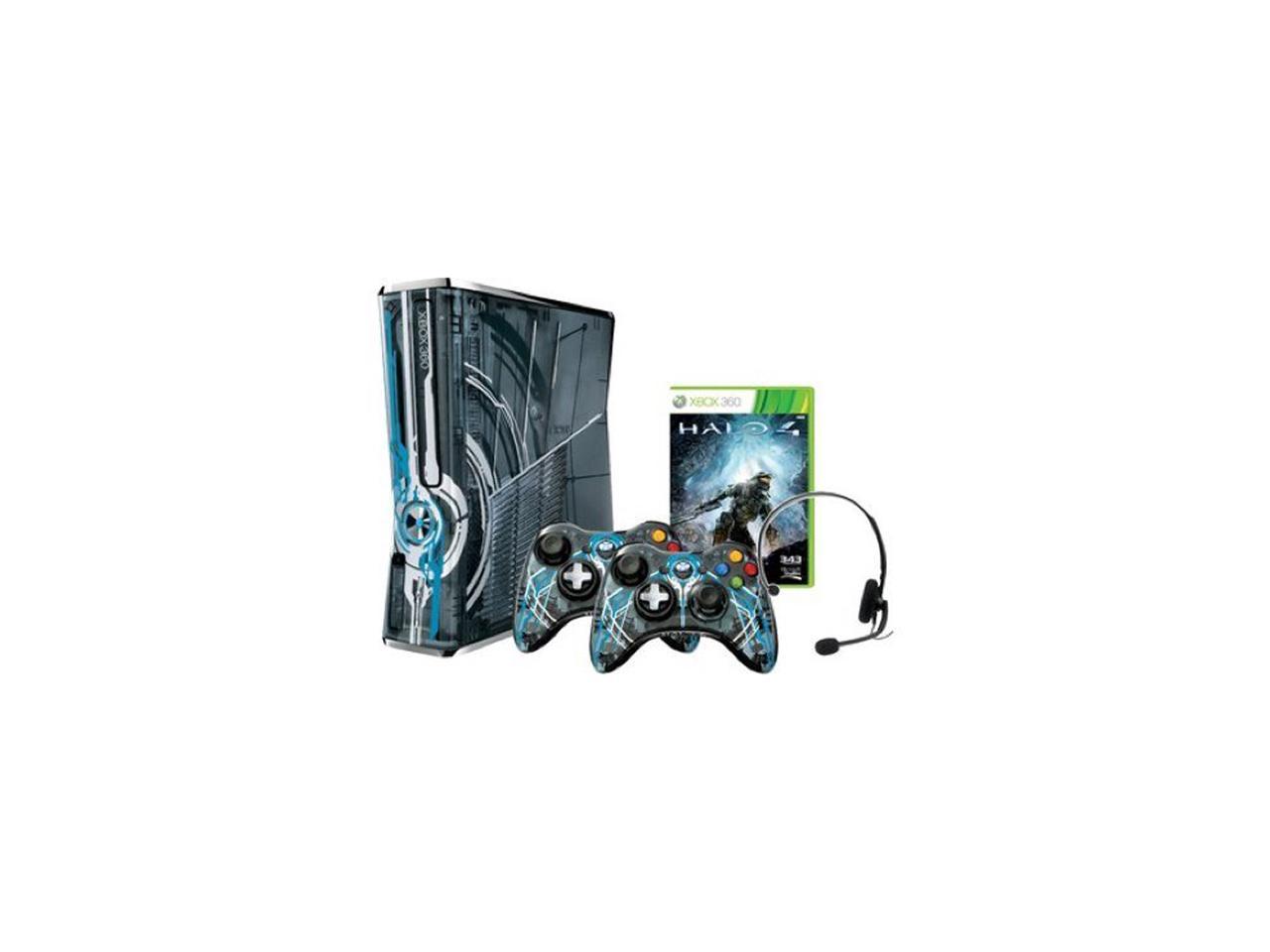 Pros: -It's an Xbox and it looks really cool. -The new controller design is nice, and I'm glad it comes with two new controllers. -The blue LEDs are cool and different.

Cons: -I'm not super fond of the sounds that it makes when you turn it on and open the disc drive, but I can deal with it. -This, like all the other consoles, only comes with RGB cables, not an HDMI cable. It's not bad because you can get HDMI cables for not very much on Newegg.

Overall Review: I was kinda worried it would look really dumb because of the transparent bits on both the console and controllers, but I was pleasantly surprised when I pulled it out of the box. It's been a tradition of mine to get the special edition Halo consoles and I almost didn't get this one, but I'm quite glad I did. If you haven't gotten an Xbox 360 this late in the game and you love the Halo universe, just get this console.

Pros: Cool design on console, 2 custom controllers that are partially transparent, fun game, headset. Pretty much everything you would need to start gaming hard with a good friend. Got this package for $350 during pre-order. It's a good deal if you do all the math and you're actually going to use that monster hard drive (for an Xbox).

Cons: -No HDMI cable. Cheap so order with the Xbox. Though honestly it seems like these would be included at this point... Seriously, who doesn't have an HDTV or monitor these days? -The touch-activated disc drive takes a little getting used to as it is very sensitive. The positioning is somewhat inconvenient if you set your Xbox upright like I do as it is easy to hit accidentally when inserting a new disc. -I could do without the sounds on power up and open disc drive. These do not amount to enough to knock an egg off, though.

Pros: Great deal comes with two of the newer controllers the halo 4 game and a headset and. 320 gb hdd

Cons: The noise the system makes are from the halo 4 game but they sound really bad but thats not a big deal at all the system itself is pretty awesome definitely get it if you are looking for a new xbox.

Overall Review: Bough this because my old xbox was going out it would keep freezing and the controllers i had had become very worn and useless so i managed to sell it for250 and payed the $100 difference for this system which came with everything i sold plus halo 4 more hdd space and a headset best deal ever i was never a fan of the halo series after halo one that is i loved halo one the multiplayer was the best but after playing halo 4 i can safely say its just as fun.

Pros: Looks great, worked perfectly out of the box and was easy to set up. Definitely a huge upgrade from my 7-year-old original white Xbox... Plus, 320GB hard drive and two wireless controllers.

Pros: Love the look and the noises. all my friends play xbox live so i went with this over a ps3

Cons: Paying for live but meh its only 60 a year :D

Cons: None. 2 Halo4 controllers and the game too?? Epic.

Pros: It's an Xbox halo style

Cons: the console itself has a really nice crack on top of or on the side of the case its not unbearable but after paying that much money for a console it does suck.............

Overall Review: not enough for me to knock an egg of just slightly disappointed with shipping packaging newegg and microsoft step it up guys

Cons: Only con I've seen is that after a while the system gets really hot! I play one game on madden with 15 min quarters, after wards the system was on fire!!!

Overall Review: When I bought this bundle the system was a dud. Plugged it in and tried to power on But the system would only have power for 5-10 seconds. Had to drive all the way back out to the store just to replace it.