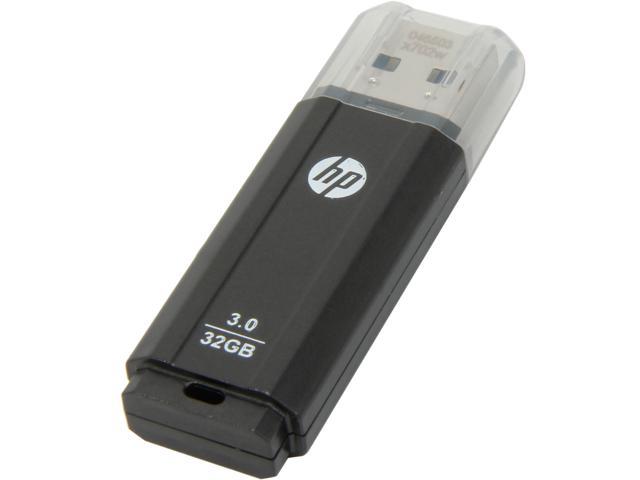 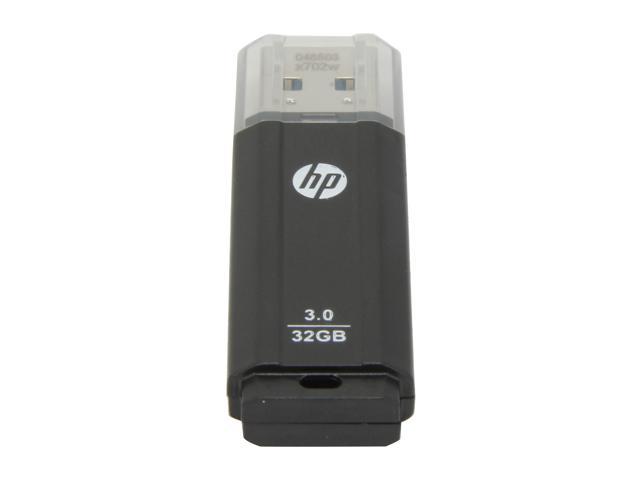 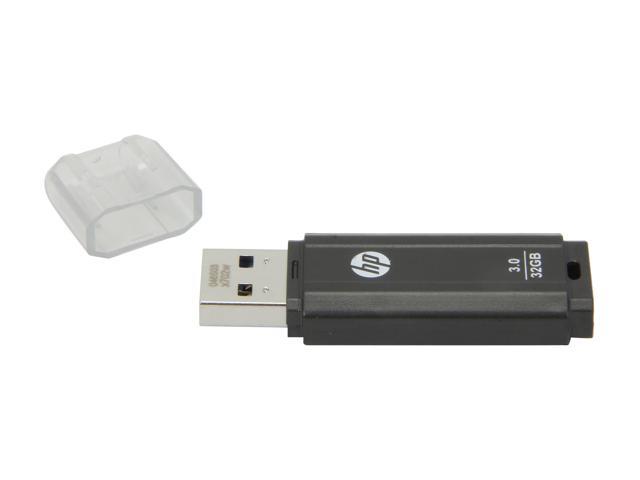 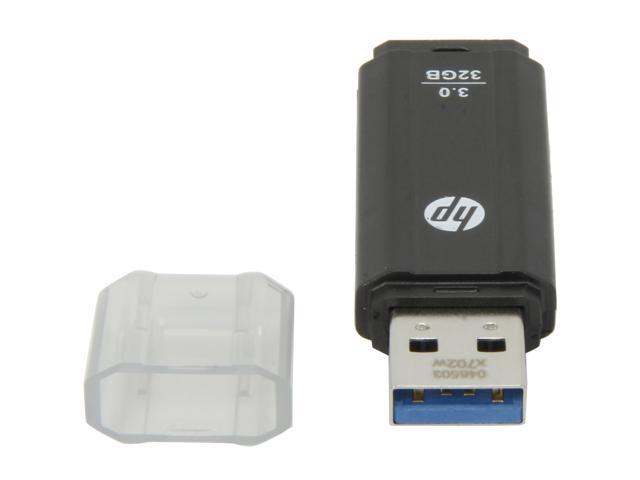 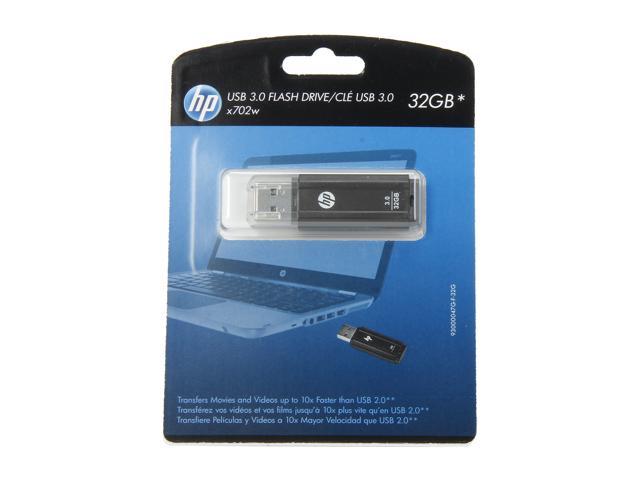 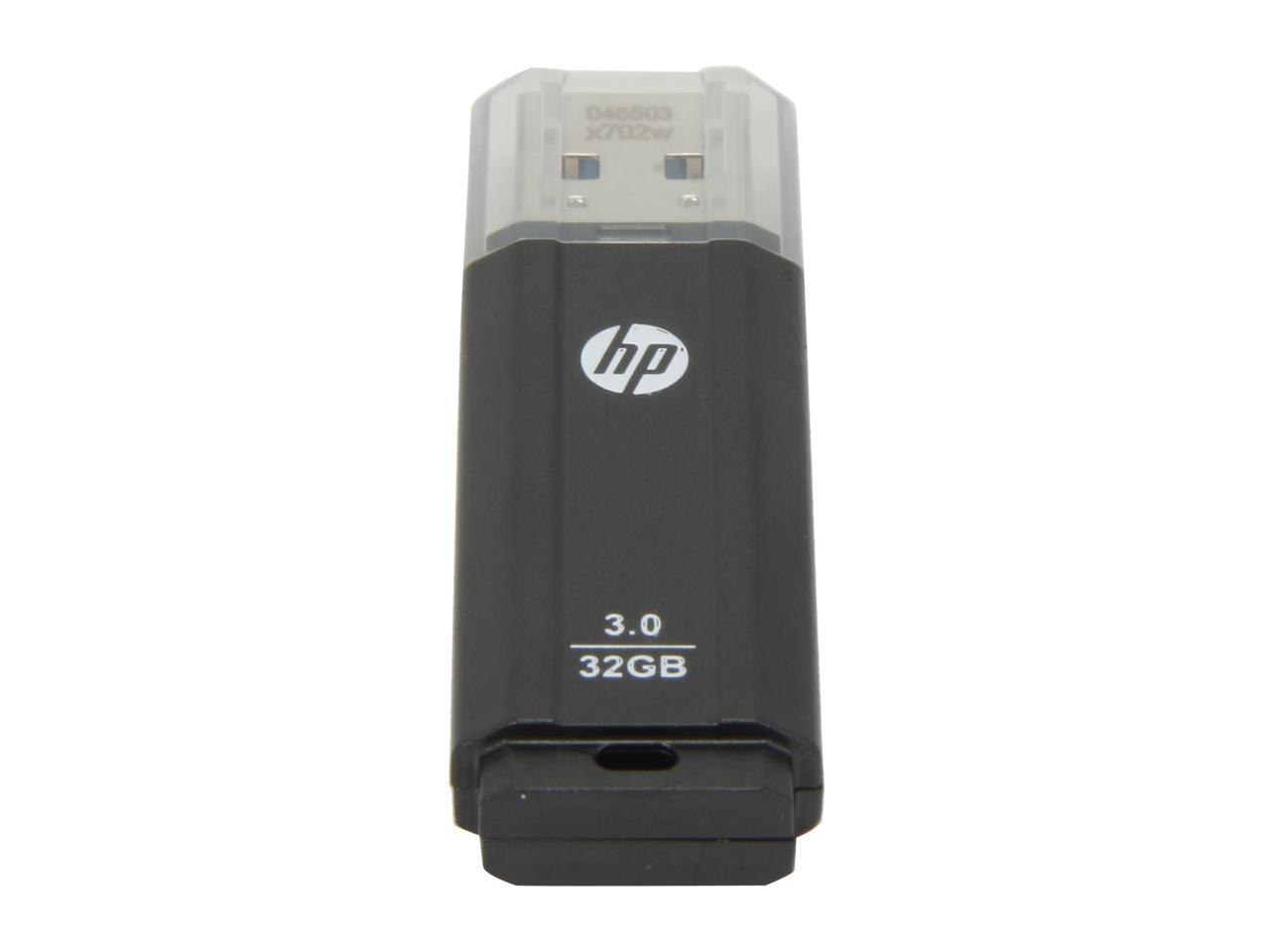 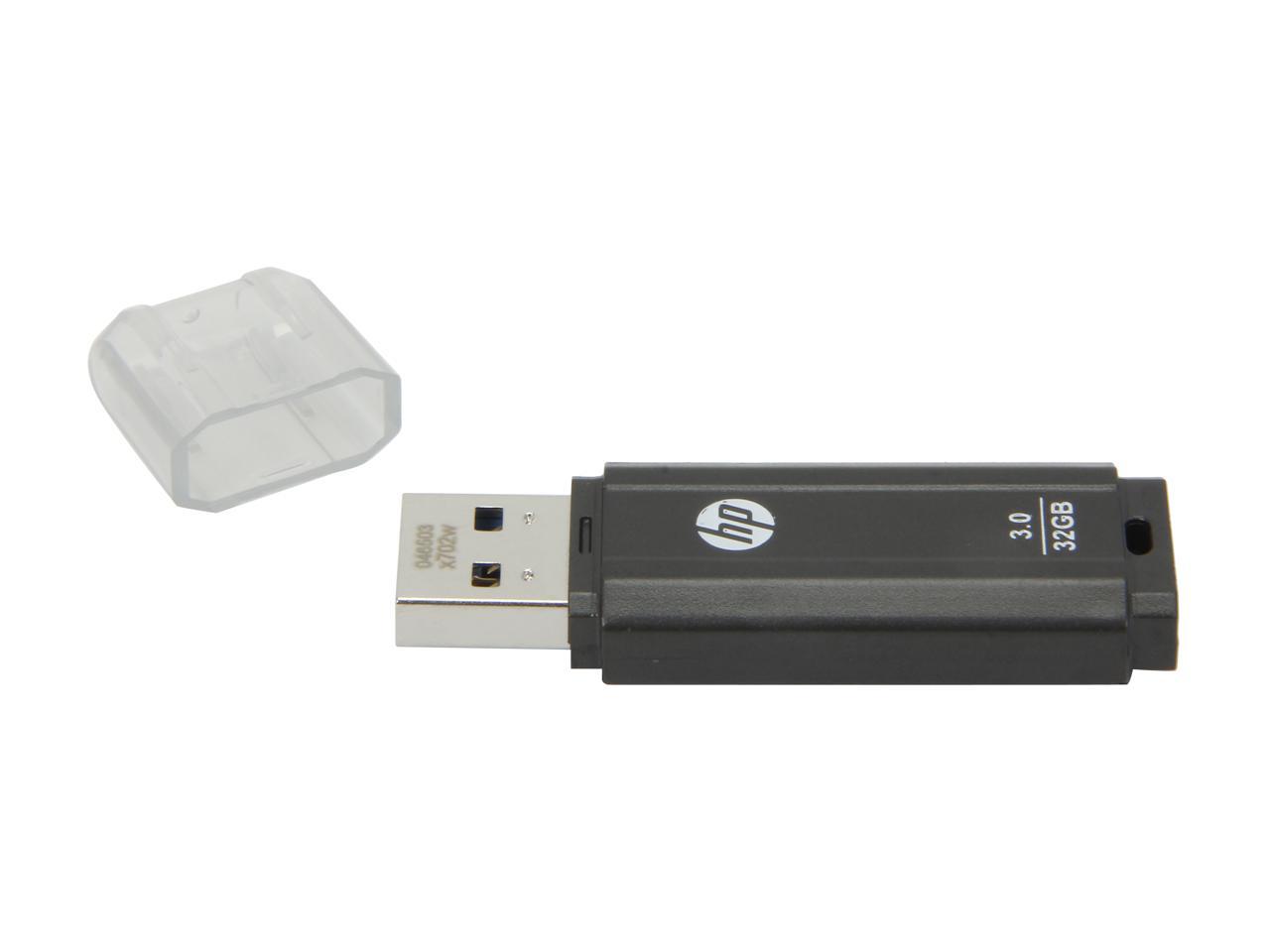 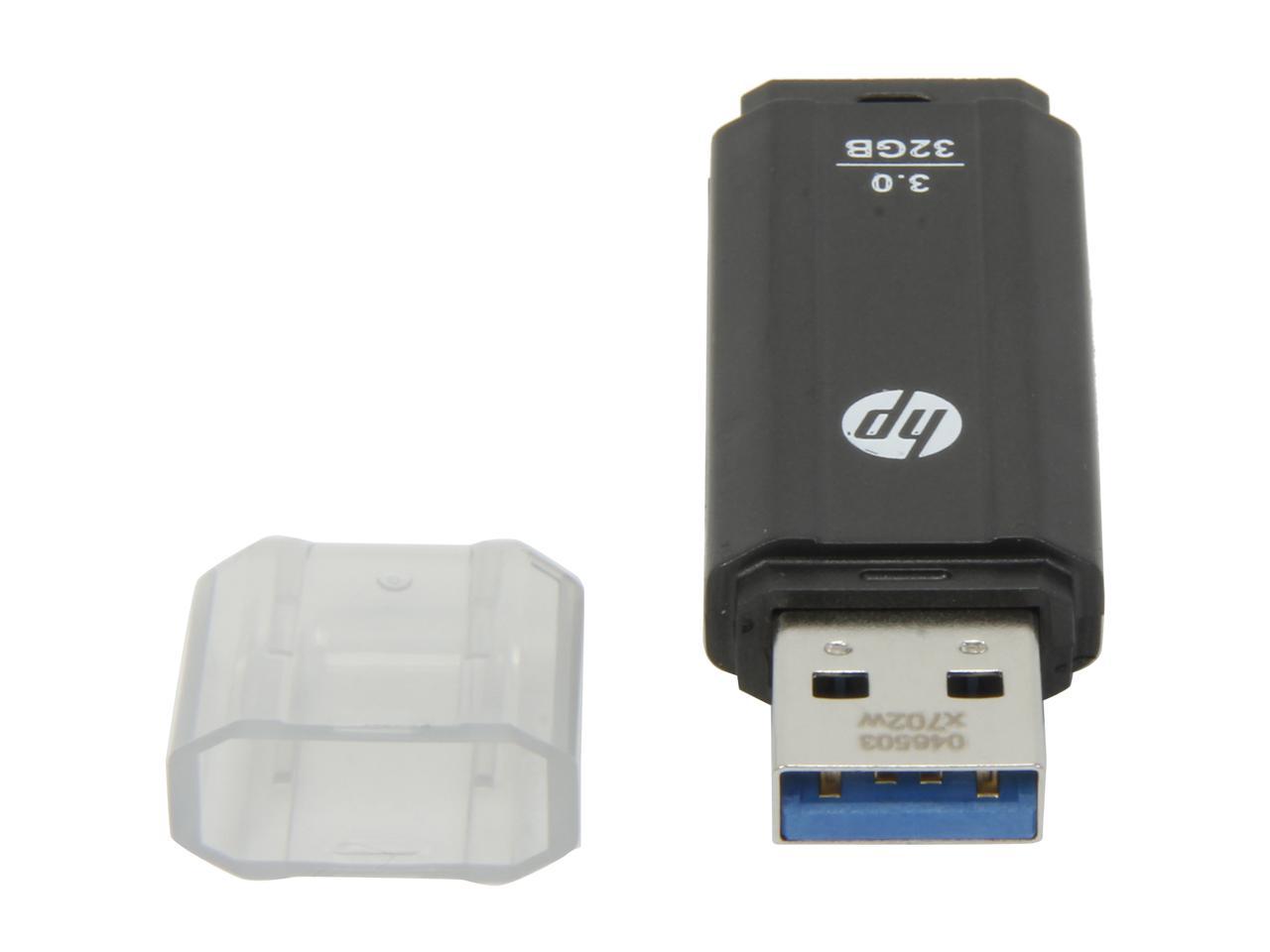 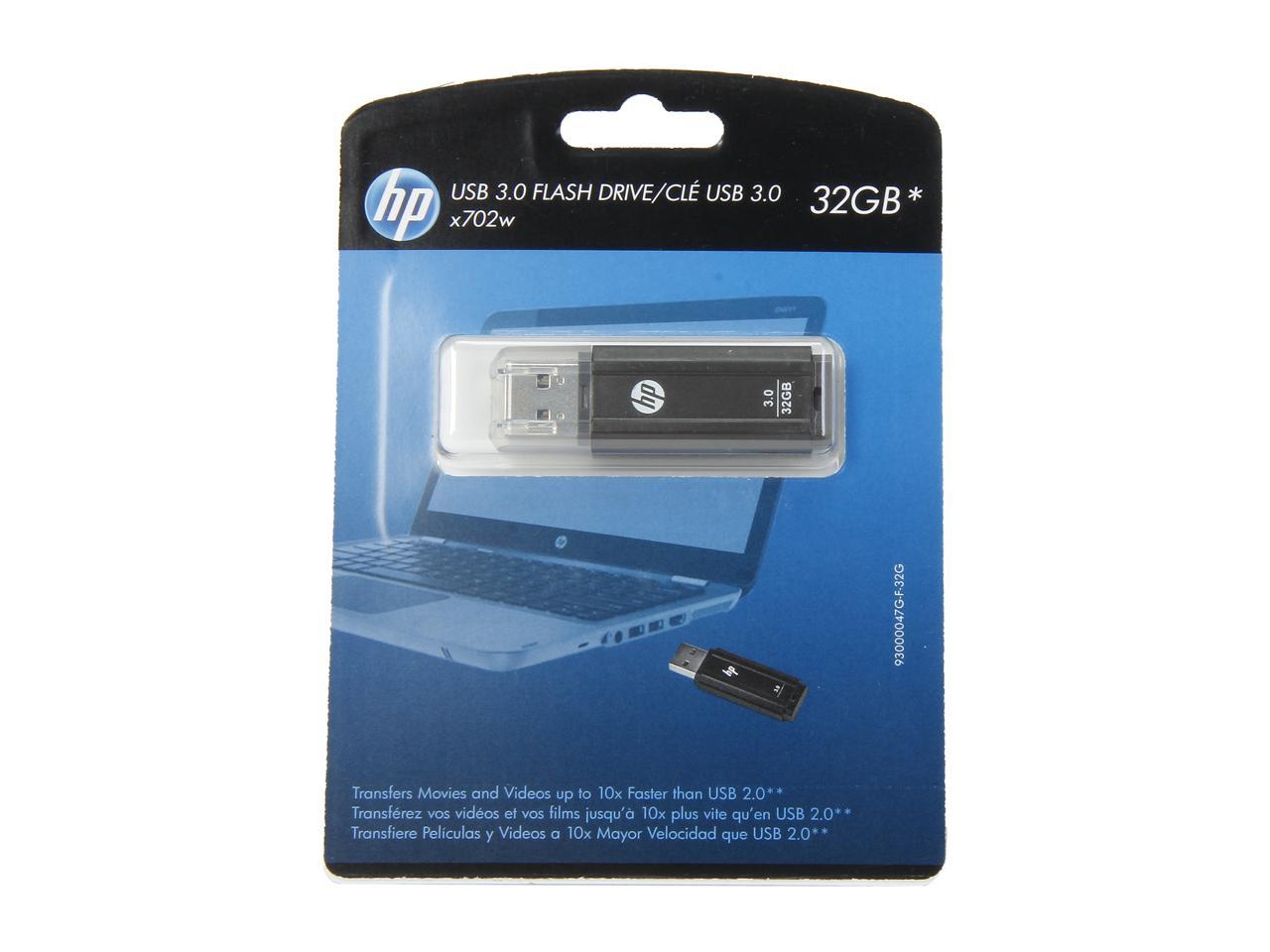 Pros: > Low price vs. capacity > Exceeded advertized sequential Read spec > Small compared to other flash drives I had previously purchased the 32 GB version of this flash drive (on sale for $13.29) and it met specs (see my review). So when I needed a drive with more capacity, and the 128 GB version was on sale for $44.99, I decided to give it a try. This drive is manufactured by PNY. The 128 GB version is identical in size to the 32 GB model making it one of the smallest I have seen of this capacity. This makes it easy(er) to insert it and another flash drive (or USB mouse plug) side-by-side if your laptop happens to have two USB ports with narrow spacing (for example, on HP laptops the Kingston HyperX drives, although excellent, are 'fat' enough to prevent them and another flash drive from being inserted side-by-side. Same with the Lexar Triton/P10/S73 series -- as well as others). No problem with the HP 128 GB drive. There is a (small) hole at the rear for key-chain use. Additionally, the rear is configured to allow the easy-to-lose cap to snap on when the drive is in use (however, if you use the key chain option that will preclude the cap from snapping onto the rear of the drive). Performance. I benchmarked the HP 128 GB drive with ATTO Disk Benchmark and CrystalDiskMark. ATTO: Sequential Read: The drive scored 200+ MB/s three times and hit 199+ MB/s four times (significantly bettering the 190 MB/s advertised spec). The best the drive achieved on Sequential Write, however, was 120.105 (twice) but spent most of the time around 71 to 81 MB/s. Although the drive did not meet the advertised Write spec, compared to others in the $44.99 price range, it performed OK (nevertheless, it did not meet the 130 MB/s advertised spec). I have a 64 GB Kingston HyperX and a 64 GB SanDisk Extreme that perform better in the Write area, but both cost more and have half of the storage capacity. CrystalDiskMark: The CDM benchmarks pretty much confirmed the ATTO results. Sequential Read was 196.3 MB/s and Sequential Write was 126.0 (coming a bit closer to the advertised 130 MB/s). 4K Random Write came in at 6.707 and Write posted a 0.610.

Cons: The cons are realtively minor. There is no LED, and after prolonged file transfers the drive becomes slightly warm (but not hot).

Overall Review: Although the drive did not meet sequential Write spec I will give it somewhat of a pass because the sequential Read exceeded advertised spec and the drive does not sell for a premium price vs. capacity. I don't know that I would characterized it as a bargain, but I would say it is a good value for the money (when on sale). Because of the lower price for a drive of this capacity -- and because I have benchmarked other 128 GB flash drives around the same price that did not perform as well as the HP -- I will not dock it an egg for missing the Write spec. The appearance is plain-Jane, but the construction appears to be sturdy. Bottom line: Would I recommend it to friends? The answer is yes (at the $44.99 sale price).

Pros: > Smaller than many other flash drives of the same capacity > Meets Specs > While certainly not top tier, nevertheless an outstanding value for the money I ran benchmarks using CrystalDiskMark and ATTO Disk Benchmark. The results were as follows: ATTO: Sequential Read: 97.43 MB/s. Sequential Write: 39.945. CrystalDiskMark: Sequential Read: 98.09. Sequential Write: 38.91. Random 4K Read: 9.324. 4K Random Write: 0.051. While these results certainly don't even approach the top tier (SanDisk Extreme, Kingston HyperX, Lexar Triton/P10) neither does the price. The specs are far better than most I have seen for a 32 GB $13.29 flash drive (most in this price range don't even advertise specs, and if they do, many do not meet their advertised specs. This little HP did). It also significantly outperformed my 32 GB Lexar S73 flash drive which was substantially more expensive. All-in-all, I would have to say this little drive is in the best-of-class category for the capacity and price. I plan to buy the 64 GB version when it goes on sale again.

Cons: Not a huge deal, but it comes with the easy-to-lose snap on cap. On the other hand, you cannot expect a slide mechanism for just $13.29 (including prepaid freight).

Overall Review: I would highly recommend this little HP to a friend.

Overall Review: if you transfer 30g or more all at once it could get pretty warm. always transfer about 30g then let it rest for 2 minutes and transfer more. you could transfer everything all at once but at the risk of overheating the thumbdrive . I am happy with my purchase of this thumb drive.

Cons: Speeds were a little inconsistent compared to most of my USB2.0 drives. This is honestly my first 3.0, so I can't rate it to any others. Mostly the cons are the cheap plastic enclosure and a cap that is easy to lose. It also appears like it may wear out quickly and lose its grip to the drive.

Overall Review: We know that HP didn't make it. No idea who they bought it from, but it seems pretty fast. Most drives that give the speed (and perform at rated speeds) are from the big ram brands. This random branded little drive actually performs pretty quickly. My use as an IT pro has me put and load operating systems off of it. Speed was more of a concern for me (mostly read) than size. I nearly went for my tride and true brand for the same price with 16gigs. Thought I'd give this a try. Time will tell.

Cons: * There are no cons for this device.

Overall Review: I use this for my Windows On the Go drive for forensics work. 128GB is plenty for the OS and some tools, and when I need more I just connect a larger drive via USB. Most 128GB USB3 drives are considerable larger. I like the size of this one. I do what I can to travel as light as possible because when I have to use this, I usually have a lot of gear with me.

Cons: Used the first week I got it. Didn't use it for around 8 months. Then when I tried it again it won't read on any of my computers. They recognize that it is plugged in sometimes but it isn't recognized as a disk of any kind. Just a block device with no data. Fortunately I didn't have anything important on it.

Overall Review: I would never recommend a device that can't last even a year sitting on the shelf unused.

Cons: Randomly quit working one day. Lost all data that had been on the drive. Lasted only a few months.

Overall Review: Looking to replace this one.