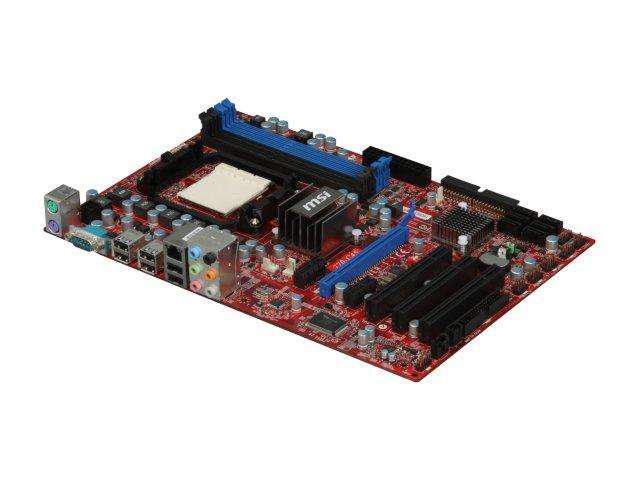 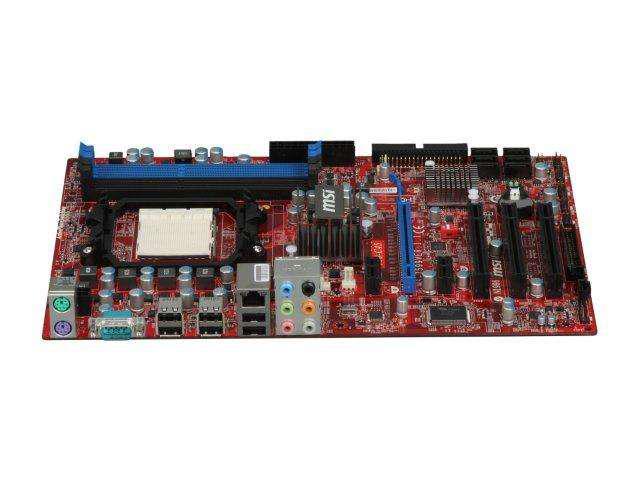 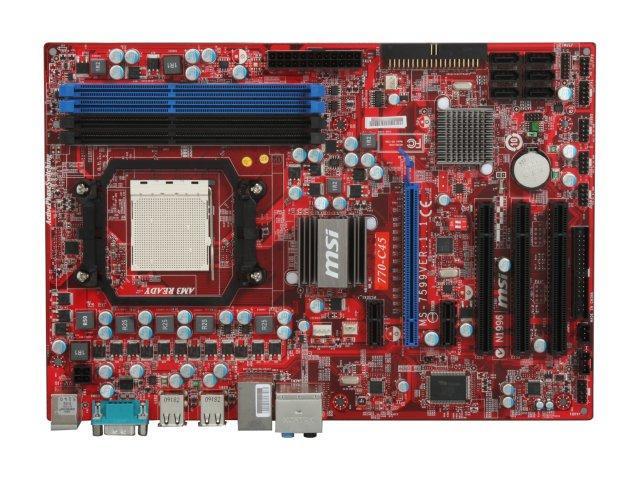 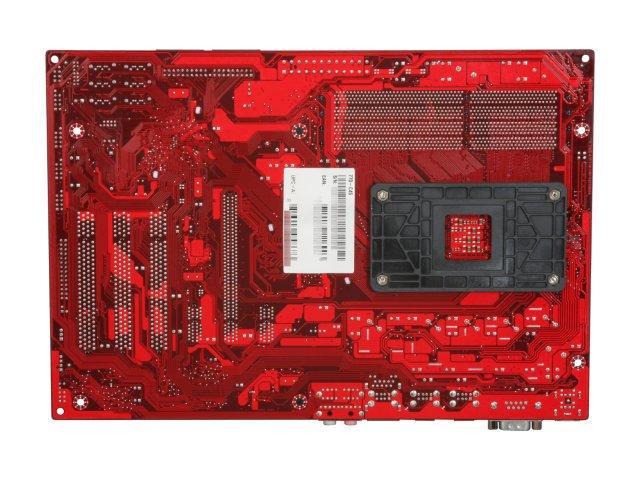 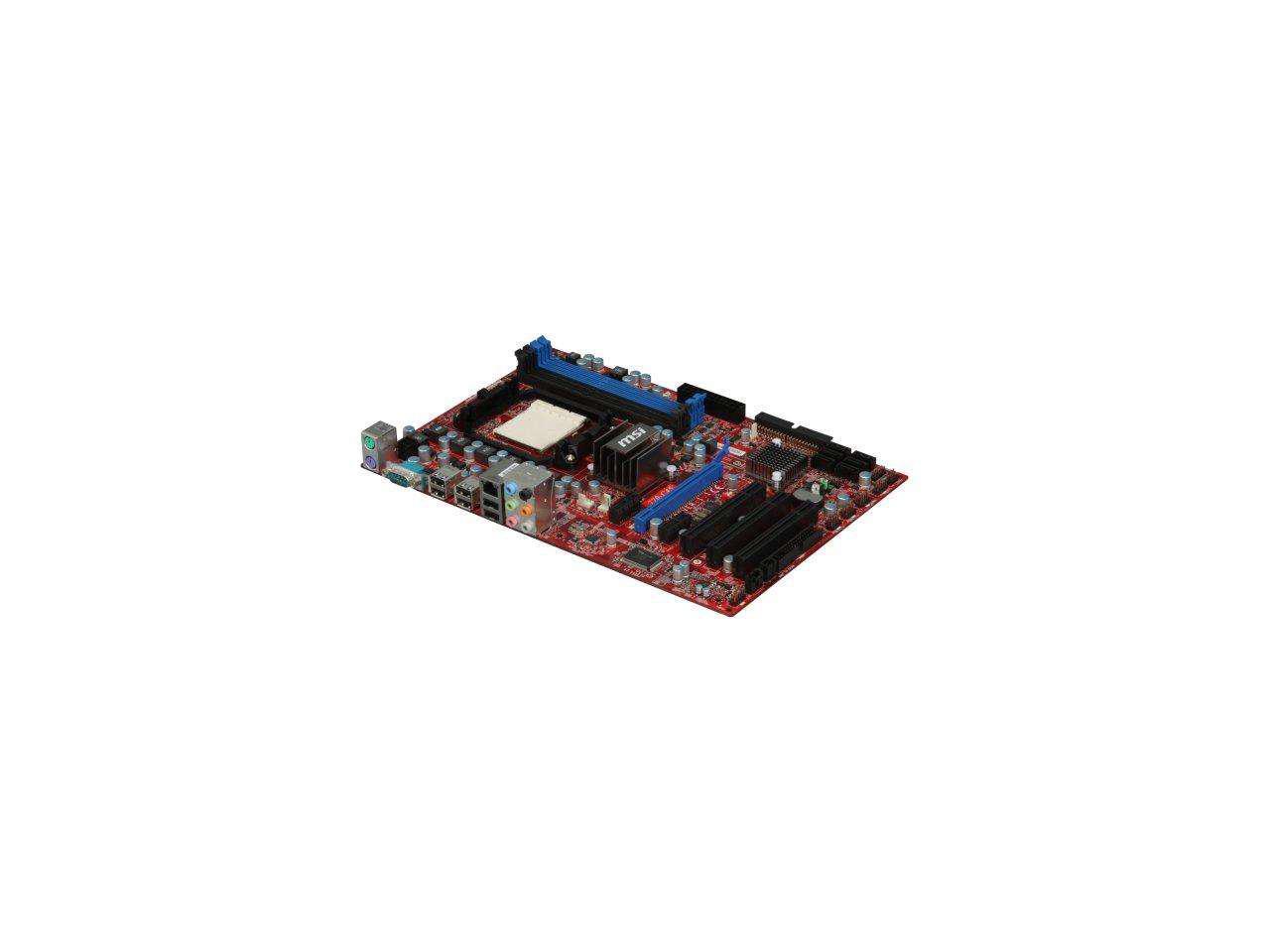 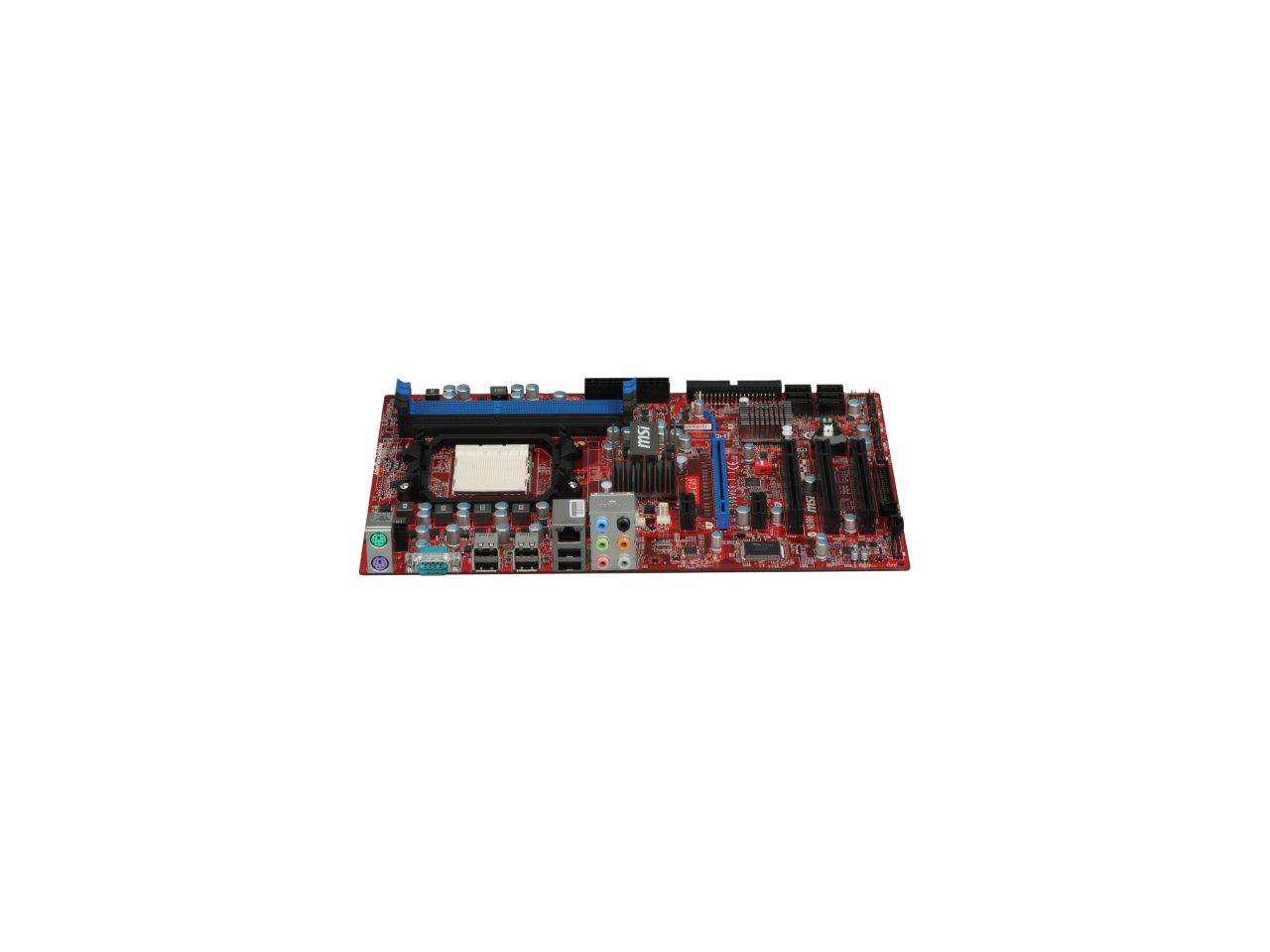 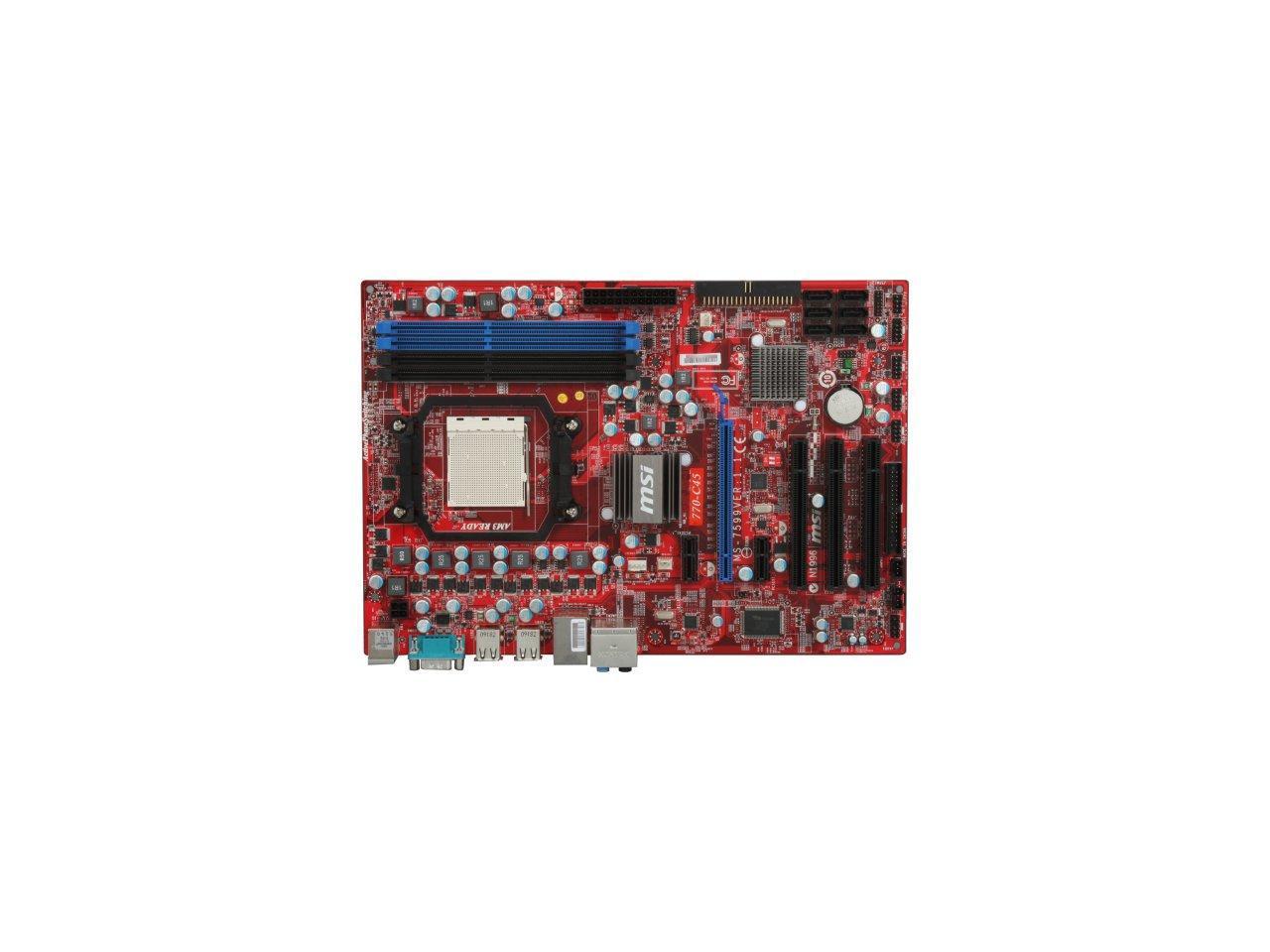 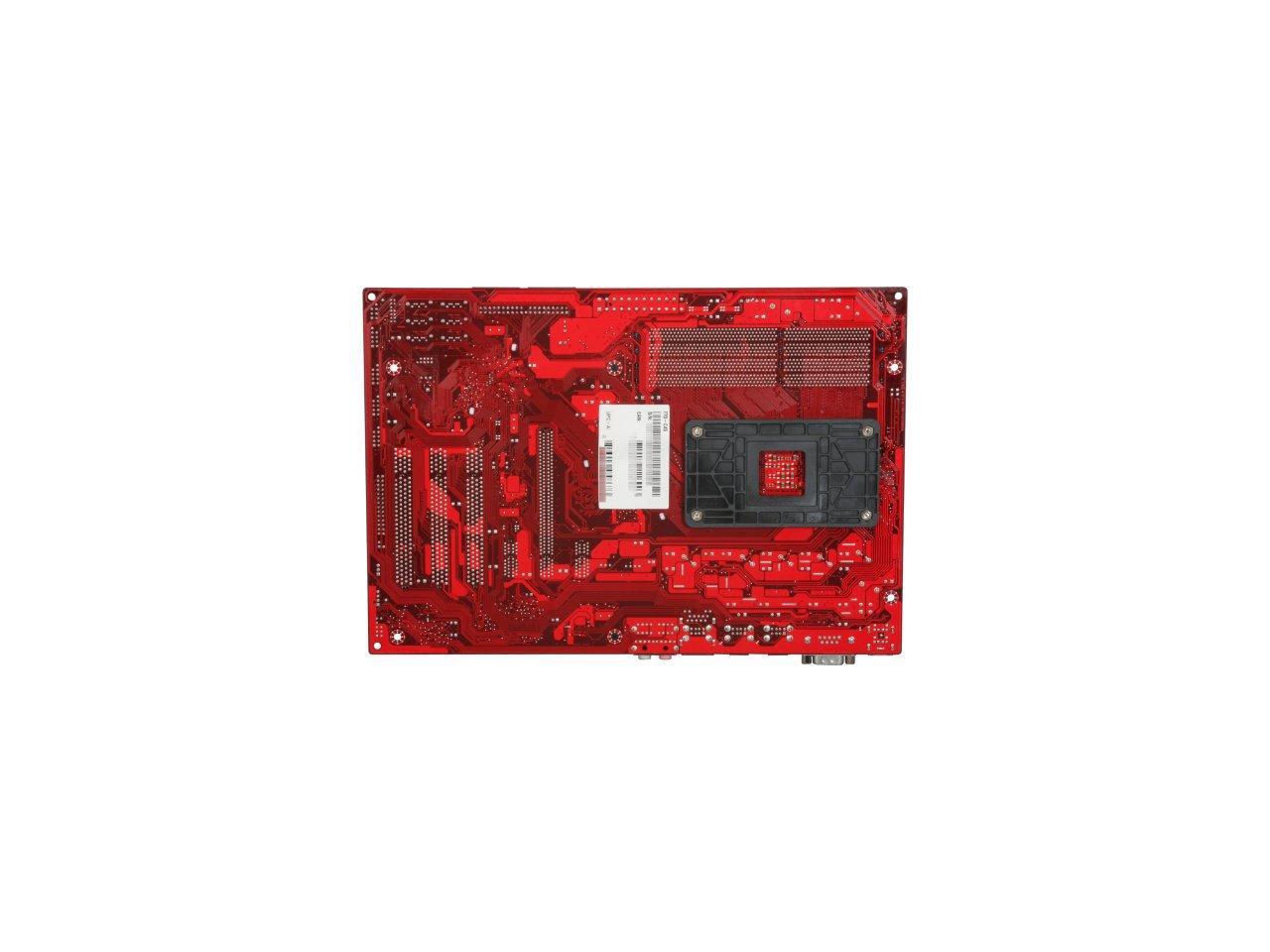 (114) Write a Review
See more "am3 motherboard"
In stock.
Ships from China.
Most customers receive within 4-32 days.
Overview
Specs
Reviews

Pros: Pretty good board for the money, especially if you just want to have a nice cheap system that's ready for future upgrades when needed. Have yet to try out the memory OC feature as I only have 2 GB of DDR3 1333 installed currently. The freezing issue people seem to have doesn't happen to me. Either way, the board has ran nice and stable so far using Windows XP SP3. Lots of USB, SATA ports are a nice plus if you need it. Whatever the case, the board has served my needs and will serve future needs quite well. I like the power savings it features, even though I don't use them, but it's there for those who are concerned.

Cons: Could use more PCI-E expansion ports, an extra PCI-E x16 2.0 for Nvidia PhysX processing most notably (I'll never buy into Crossfire or SLi, not worth the price). The initial boot up before Windows seems long, though I'm sure it can be tweaked via the BIOS to skip the extra junk and get straight to loading the OS. However, I'm only using the PCI-E x16 for graphics card and a PCI for the wireless networking currently. While it isn't a big deal for me, there is no on board integrated graphics processor, which could be unsettling for some in case their graphics card goes dead, or you're a GPU OCing nut who kills innocent graphics cards :P However, it's obvious that the board would've been more expensive, but an integrated 32/3300 would've been good for piece of mind. May seem like I'm having issues here, but it's just me being nit-picky about certain things I'm not even needing.

Overall Review: Realtek sound is alright (much prefer a real sound card) but likes to conflict with running sound through a Radeon HD 2/3/4/5 series card's HDMI port. Do not load the Realtek sound drivers, just load the ones for the Radeon HDMI audio driver, and you'll be able to skip that mess. If you're going to run sound through the 5 port audio ports directly off the mobo, then nothing to worry about. Great board with alot to offer for the price, and still plenty of room to grow otherwise. Had it for 5 months so far. System: AMD Athlon II x2 250 3.0 GHz Gigabyte ATi Radeon 4670 1 GB DDR3 2 GB DDR3-1333 160 GB 7200 HDD Raidmax 630 Watt PSU Raidmax Smilodon Case

Overall Review: Running a PhenomII720BE @ 3.6ghz with all 4 cores unlocked. Passed 12hours of prime and Intel burn. 2x2gb G.skill pc1600 ddr3 works flawless with it. Still using an old NEC ide dvd burner. Installed windows 7 RC1 without any problems. Overclocking options are pretty decent in the bios, along with AMD Overdrive, it's a breeze finding the perfect stable overclock. Overall I am really happy with the performance and ease of the whole set up.

Pros: First time builder, I built two of these with the Combo special Phenom II X4 955 3.2Ghz processors. 1) Cant beat the price, combo deal discount + rebate = free mother board! (Rebate info was easy to find and print off, another review said it was encrypted or something but I got it very quick and easy) 2) No problems at all so far. 2) Board setup was easy!!! Manual was easy to follow for a first time builder. 3) Darn thing booted right away to Windows XP on an old Hard drive that I didn't even expect would work. lol.

Cons: No onboard video... No optical audio out...

Overall Review: ...Intel sucks. I used to work for them, I will never buy Intel for the rest of my life.

Pros: Got this board in combo with the AMD processor, as I'm sure many others did. It's a mixed bag, but it's alright. Everything connected fine, RAIDing my harddrives was easy, it was a very clear option in the BIOS. It's not something I'd get, usually, but it's alright. HAS A PATA. This made me happy, a lot of boards cut those out these days, so my older optical drives wouldn't have been able to connect.

Cons: NO FLOPPY CONNECTOR. This was a problem when the driver disc that comes with it had a hard time recognizing its own drivers. I had to put the disc in my laptop, pull out the necessary files into a floppy disc, plug in my external floppy into a USB on the desktop and then pop in the floppy. RAIDing my two small, Western Digital hdds (running at 11000 rpm) was easy enough, but when I tried to plug in my extra storage hdd (not external), the board assumed I wanted to RAID that, too. So in order to make use of the storage hdd, I need to use a controller. Not a big issue, but kind of annoying. Kind of small, I guess, but it's not that big a deal.

Overall Review: I got this board in combo with the AMD Phenom II x4 3.2ghz AM3 BE processor. Other info OS: Windows XP Pro 32 bit GFX: nVidia 7900 GS RAM: G.Skill 4gb (2 x 2gb) DDR3 1333 There's really nothing all that notable about this mobo. It's good, but it's nothing special. No extra features. This is board is also kind of odd in that one of the RAM channels is very close to the CPU and the heatsink. It doesn't seem to hinder the computer in any way, but it's strange.

Pros: Price and features Overclock switch (I have not used it yet - see other thoughts) Decent layout. Overall good construction Easy Bios, even for a first time builder like myself. Worked flawlessly out of the box.

Cons: User guide is woefully inadequate. It is obviously written by someone without a good command of English, as are most manuals for computer components. I attempted to use the IDE connector with my old HD, however the angle of the connector on my cable is a bit goofy. A 'Straight' type cable is a must if you plan to use IDE. You will need mind reading powers to wire the front panel connectors. They are marked on the board by numbers; however, the numbers aren't always associated with the pin you think they should be. Onboard audio is TERRIBLE. Not only is the quality poor, the volume is inconsistent. without changing any settings, the volume will sometimes change itself. When I figure this out, I'll let you know. For now, if you care about your music, get a stand-alone card. I plan to buy a USB device to start with.

Overall Review: I bought this board as a cheap way into the realm of AM3/DDR3, and I have been quite hapyp. Mine is paired with 955BE and 9600GTX. I have not overclocked, by any method for two reasons: I'm a novice, and am taking it slow. My CPU seems to be running hot. When I have that addressed, I'll try out that "easy overclock switch". Of all the components I purchased for my build; this one I worried about most. However, it has proven to give me the least trouble of all my components! I had a successful POST out of the box, and I've been running fine for 2 weeks without a BIOS flash. It's been running my 955 and DDR3 RAM without any trouble.

Pros: This is an *excellent* motherboard for the price. You get DDR3 memory, and AM3 processor support for under $100. When I bought it, it was about $74 with free shipping. I just missed the combo deal with AM3 processors that basically gave it out for free. Correct Dual Channel memory configuration for me was slots 1 and 3 (1 black, 1 blue). I initially put them in both the same color and had issues. Plenty of BIOS options, and a quick-switch OC for going from 0, 10, 15 or 20% overclock.

Cons: Only 1 PCIe 2.0 x16 slot. This will be a deal breaker for many people that want crossfire. I have no need for it. Manual is extremely basic, and doesn't explain Dual Channel memory configuration very well at all.

Pros: very simple board, yet a lot of o/c options. got my ph.II 955 b.e. to 3.8ghz just by using multiplier. i'm sure this board can do more once i find out what all the new ram terms mean

Cons: 1st was doa. newegg got the rma to me within a week. this brought the cost of this m/b to $25.00 with the combo so i can't complain.

Overall Review: the manual says to ensure successful boot use dimm slot 1. i had to use dimm slot 3 to get it to post. btw to the guy below who complained of no floppy plug...it's below the last pci slot.

Pros: Nice features and inexpensive. Had an interesting issue I consider a Quality Assurance problem. I have been building machines for 20 years, and have never seen this happen before- a semicondutor slowly melting. Read below...

Cons: I had the mobo about 1 month and noticed that the top semiconductor near the cpu (VRM area) had started to develop a hole in it (yikes!). So, I opened an online ticket- at MSI - I got the run around for almost 3 weeks. Frustrated, I called the Los Angeles MSI office techsupport number (I should have done this first), and I received an RMA for a replacement. They refused to cross ship me a board, so I had to buy another mobo so that I would not have an outage. The funny thing is the system runs great (expect for the fact that it can't keep time). I know it's a ticking time bomb though, as the hole is gradually getting bigger each week (it's slowly melting)...

Overall Review: This would have been a 5 star rating, had I not encountered an online technical support issue (I understand things do happen). Too bad newegg does not have a seperate hardware/tech support rating. However, online technical support consisted of broken english, and questions I consider stall tactics. Online tech support was not even close to beign helpful, and in the end asked me to call my retailer/distributor. This was really the first time I ever had an issue with an MSI product- the products have always been rock solid (I have other MSI items- vid card, and 2 other older mobo's). I am not sure if I will buy MSI products in the future... we'll see how the warranty/return process turns out.