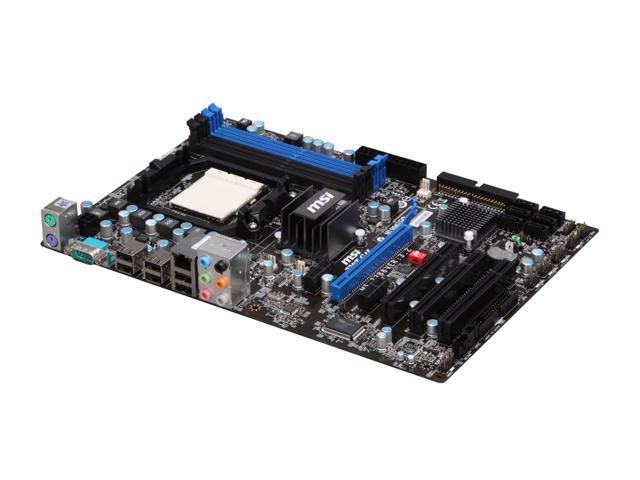 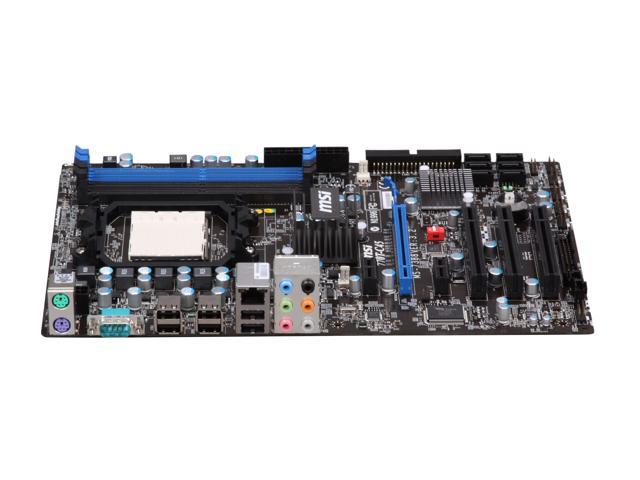 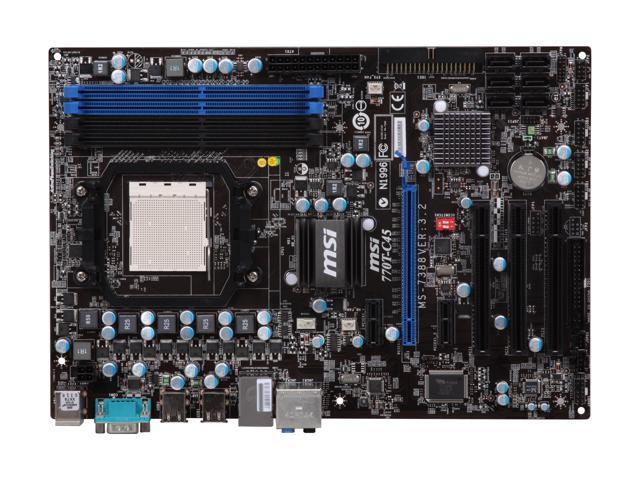 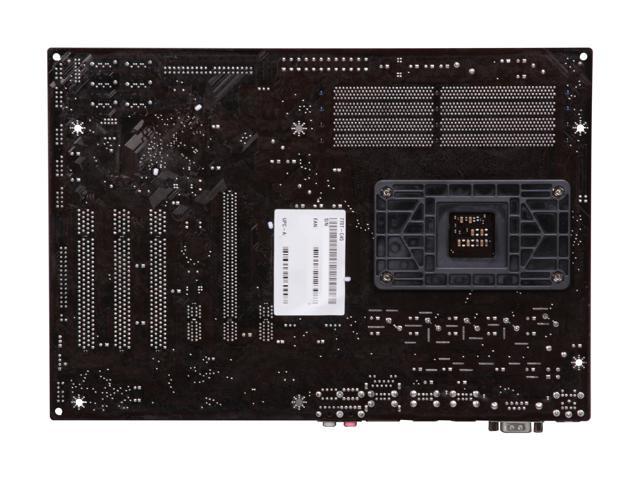 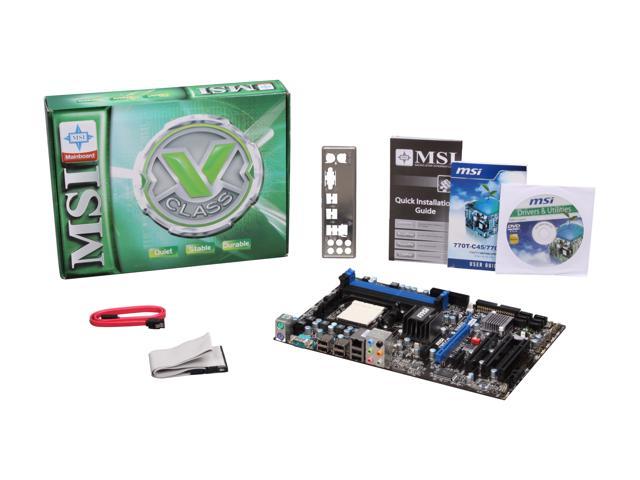 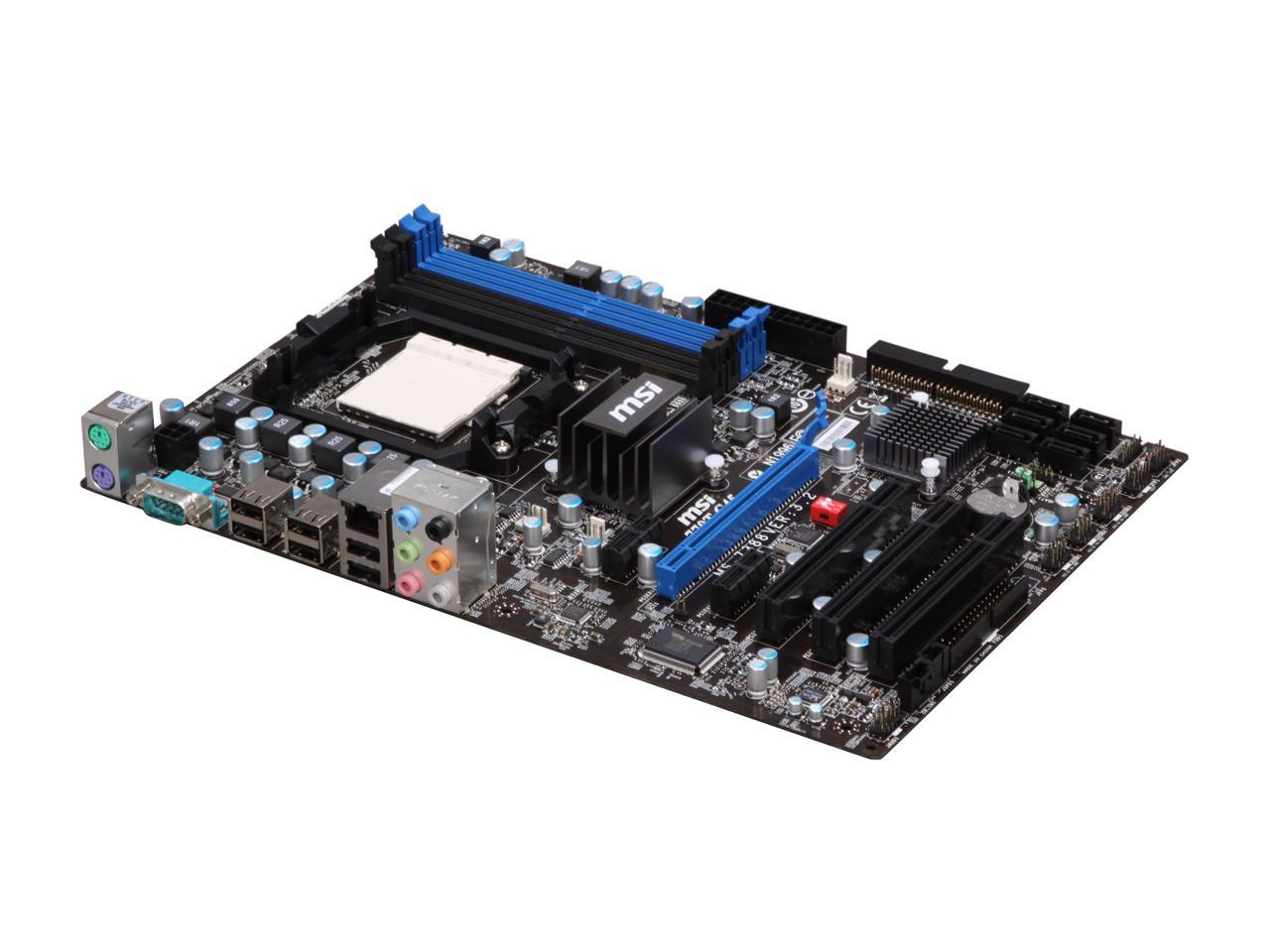 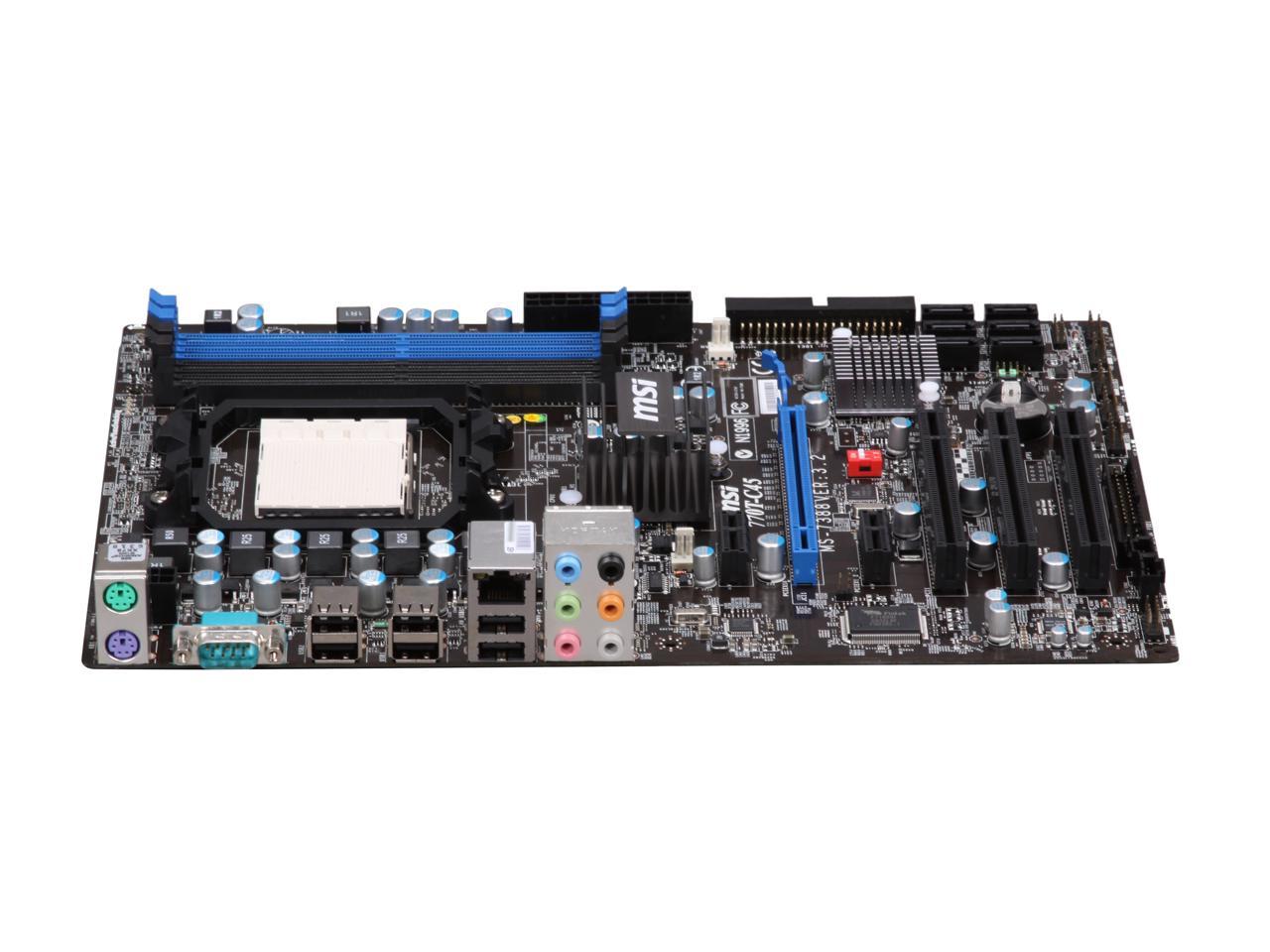 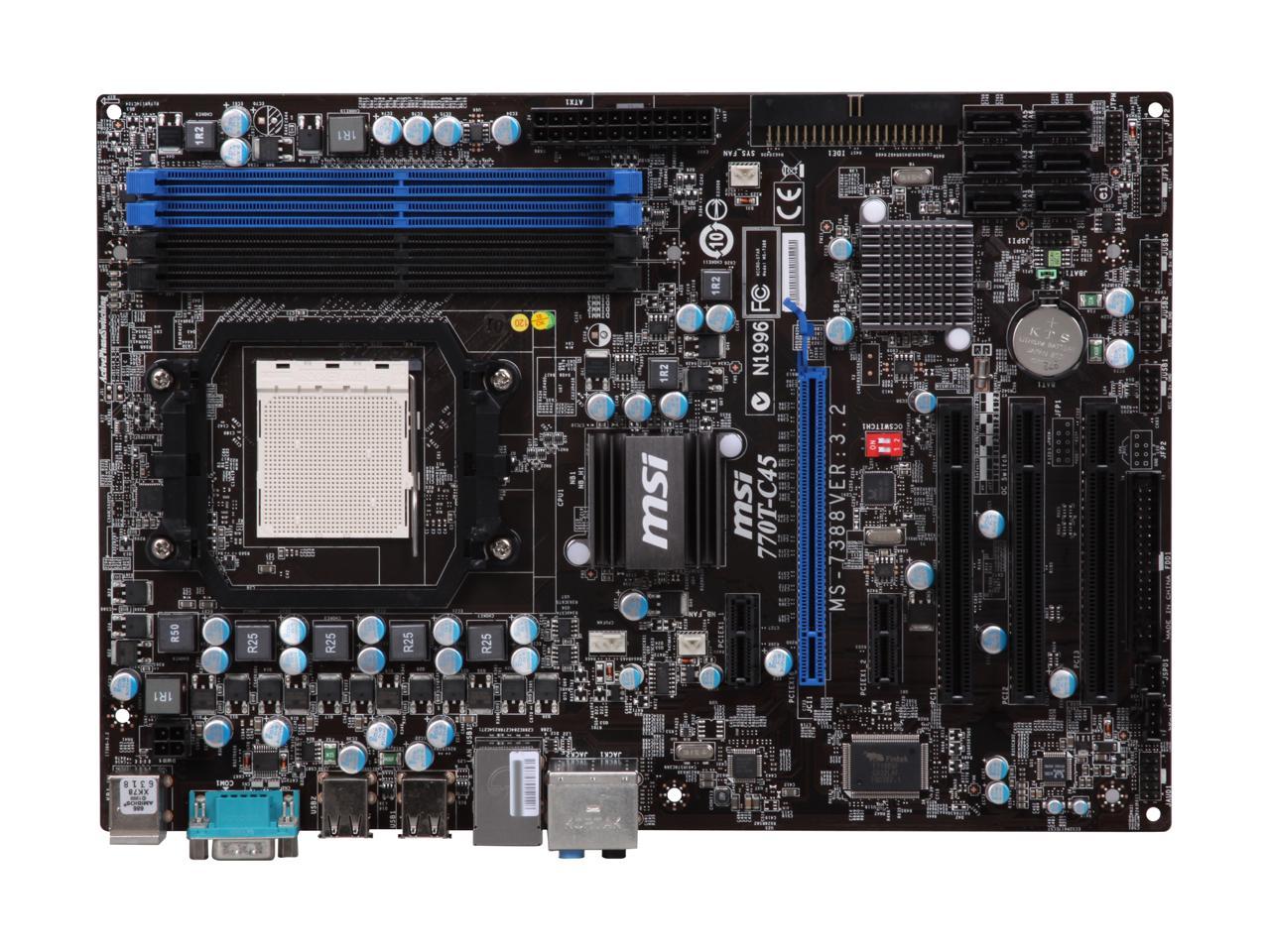 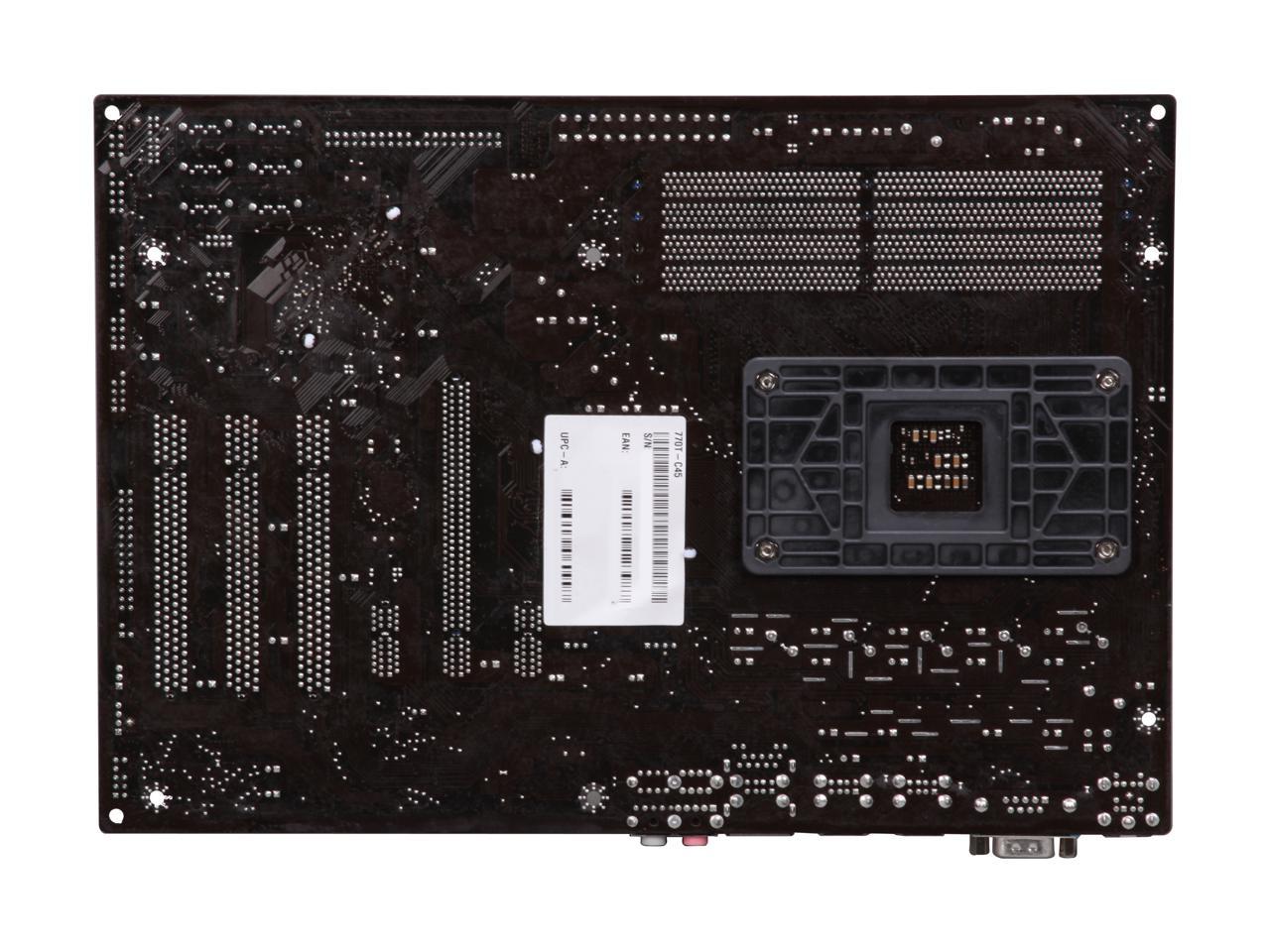 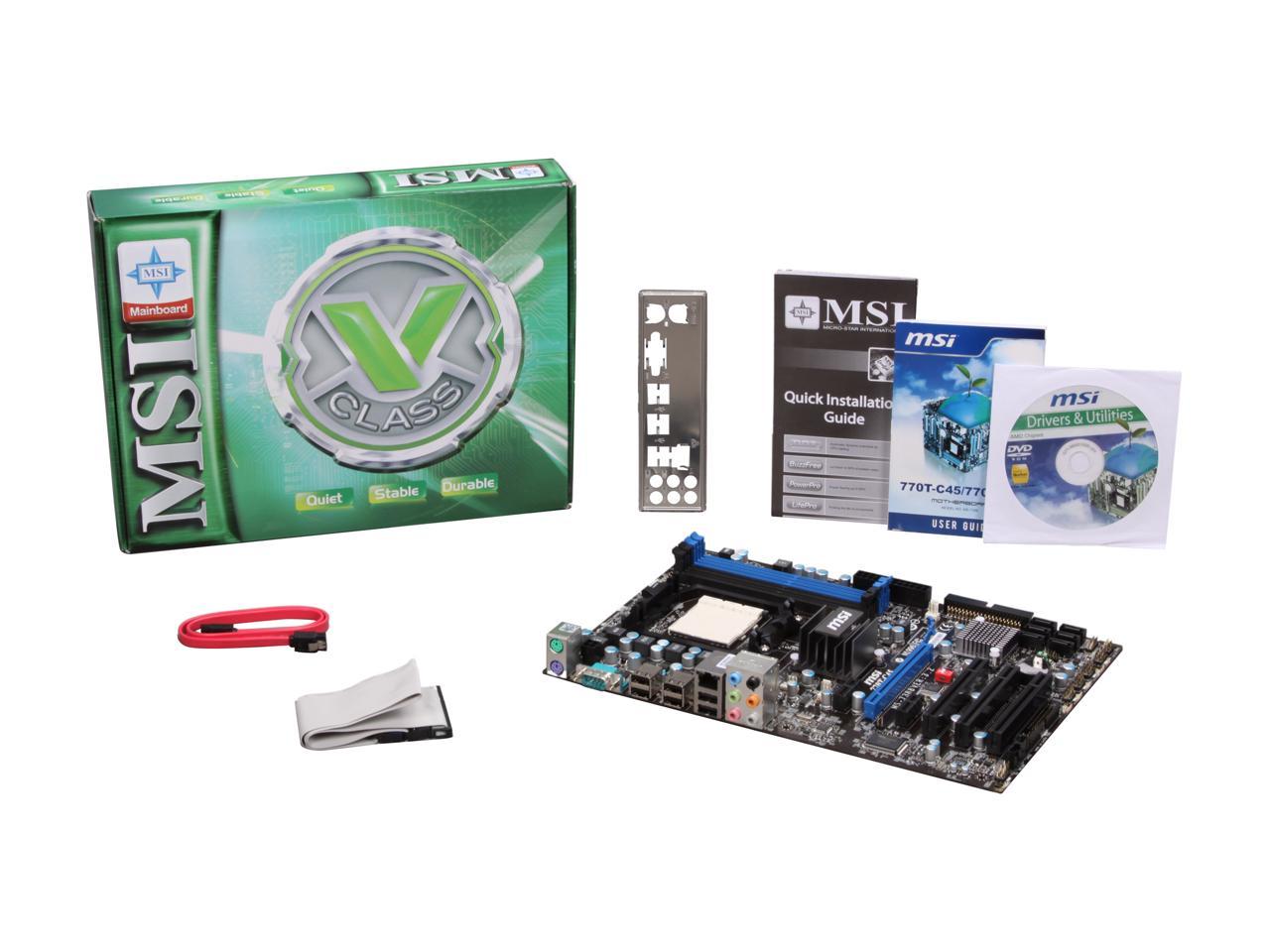 (35) Write a Review
OUT OF STOCK.
Overview
Specs
Reviews
Get great computing performance with the MSI 770T-C45 AMD motherboard. Based on AMD 770 and AMD SB710 chipsets, this ATX form-factor board is designed to support the latest AM3 Phenom II, Athlon II and Sempron 100 Series processors.
Dominate your applications and games with up to 8GB of DDR2 memory fitting into four 240-pin slots with dual channel support and 2600MHz Hyper Transport technology for increased performance. Onboard Gigabit Ethernet LAN means that you can connect to other networked devices without running into a bottleneck.
Six 3Gb/s SATA connectors give you the ability to store massive amounts of data locally with several RAID configurations for extra security and high-speed performance. Up to six USB 2.0 ports give you additional options for connecting and expanding your system.

Pros: Google and check the reviews, great board. A low watt build for my wife. Had a AMD 4850e laying around. No teen attraction gimmicks on this MB!

Cons: The Front Audio connections to the case are located on the bottom left of the MB. ??? Yep, way over there. A lot of cases will not have cables long enough to stretch to the furthest part of the case.

Pros: I like MSI. I have a PT880 NEO that has been going for more than 6 years now without a problem. I like the no nonsense design of their boards. It's also becoming increasingly rare to find motherboards with a serial port. I like that MSI keeps them on there.

Overall Review: It says ATX form factor, so I didn't even think to look at the size, but it's actually an inch or so less wide than a typical ATX motherboard, which gave me a lot of room to hook everything up.

Pros: - Solid Stable and well built board. - 6 SATA Connectors - Included AMD Overdrive Software is top notch for monitoring and testing your system even if you dont overclock.

Cons: - No RAID 5 or 10, software controlled or not would have been nice to at least have the option for this. - No PCI-E 4x or 8x slots. But then again most non server boards dont, which is a shame.

Overall Review: Actually I am only giving the board a personal 4.9 rating due to lack of RAID 5 or 10. I do how ever have this board running RAID0 (stripping) with 4 320GB WB Cav Blue drives with performance around 370MB/s Read and 360MB/s Writes. I willl be recommending this board for a long time.

Pros: Easy to install, the multi-socket is great for those with AM2 procs looking to go AM3 later. The FSB over clocking feature is simple and easy to use.

Cons: No on-board video but eh' that's in the details.

Pros: I purchased this board for $69.00 to make use of 8 gig of ddr2 800 corsair ram I had laying around and stuck a AMD Propus quad in it. After os and driver install I made use of this boards Auto overclocking feature and used the 10% setting to take the processor up to 3.3 ghz from stock 3.0 with the flip of a switch. Perfect for the Stock fan and heat sink. This board is a excellent budget buy. The automatic driver downloading is another plus. you can't go wrong with this board for a budget build.

Cons: Really wish they came with 2 Sata cables instead of one. but it is a budget board.

Pros: Has all the things it said, nothing it didnt. Has not given me any problems and have had it about 2 or three months. Software works great. updated bios easily. Everything is user friendly.

Cons: Didnt come with a block of gold or free games :(

Overall Review: I have this with my amd x3 and my 98001gb ram and 4gb or system ram. Pc will play almost anything. If you need a budget c this is for you!

Cons: Onboard NIC support is horrendous. I have a Linksys WMP54G PCI adapter that worked fine on all of my other motherboards. With the 770T-C45 however, this adapter can barely scrape a one bar or detect any networks beyond my own (sometimes it doesn't detect it at all!). Needless to say, it DOES work - but the signal is terrible and is not really worth the effort needed to get it to work to begin with. - The CPU power connector (4 pin) location is on the far corner of the motherboard. If you have short cables, cross your fingers and hope you PSU has a long enough cable to reach it.