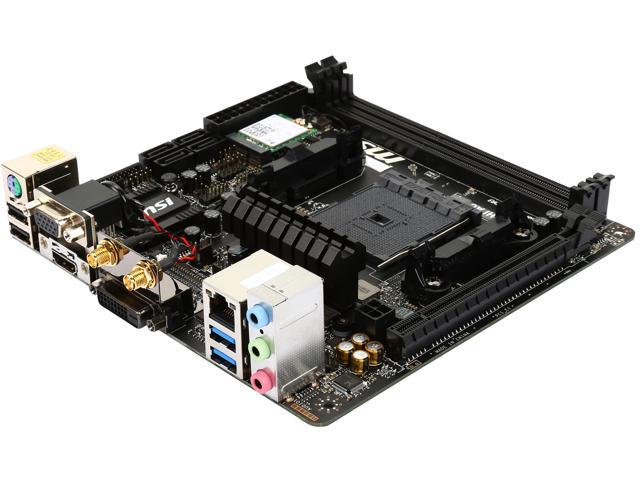 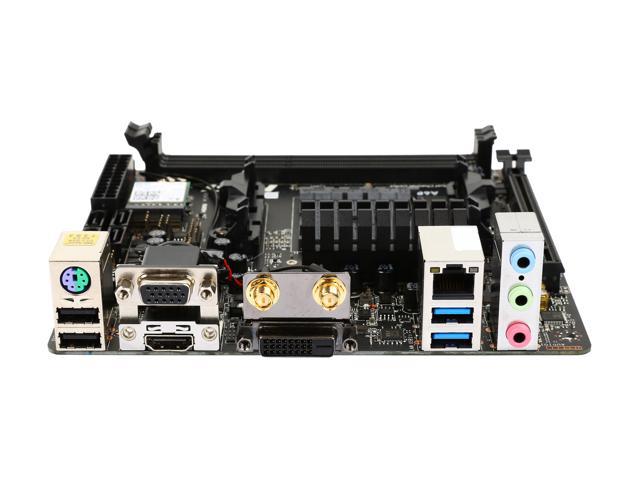 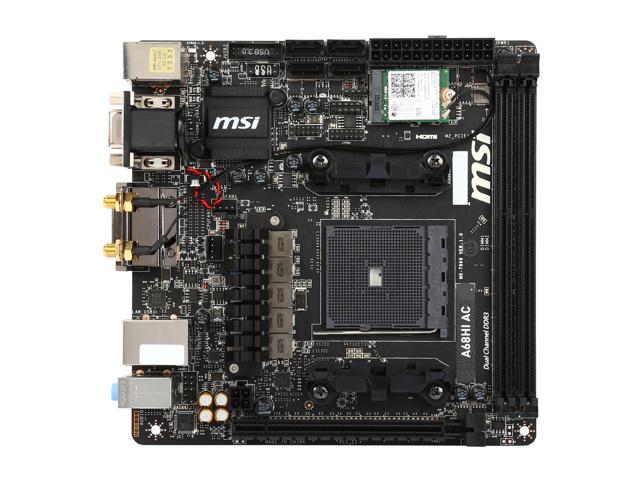 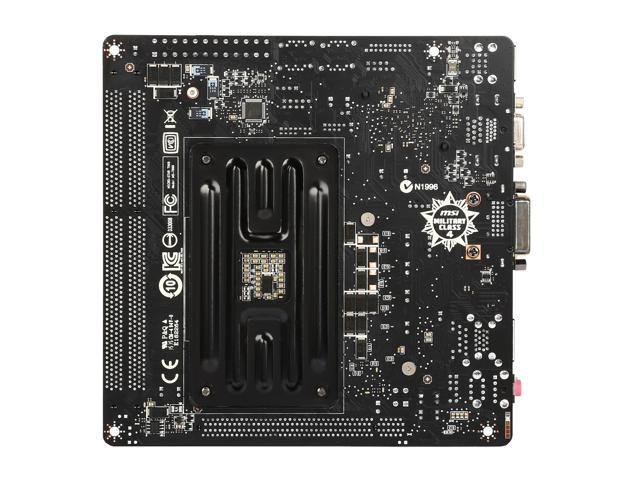 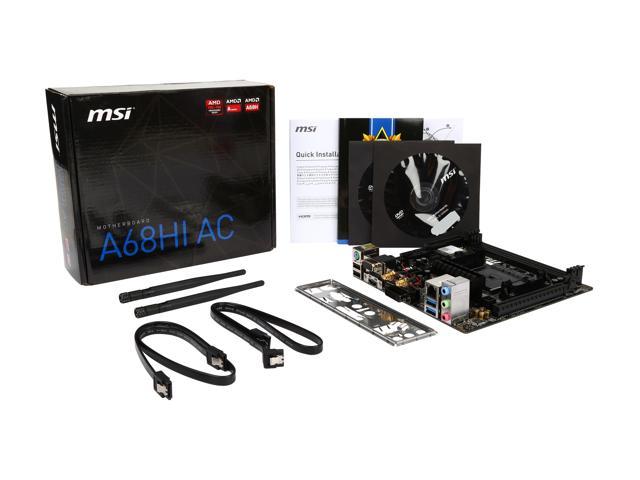 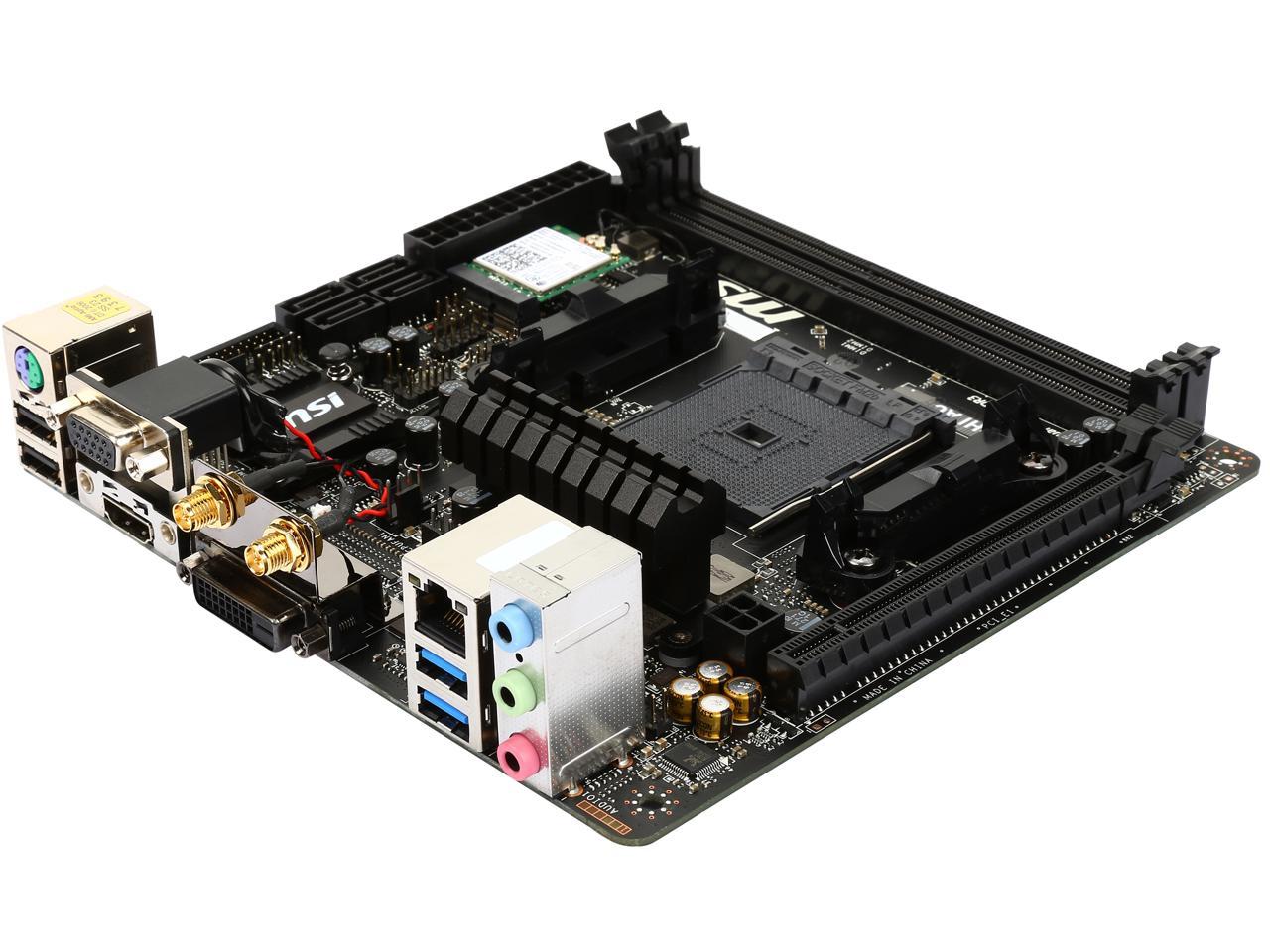 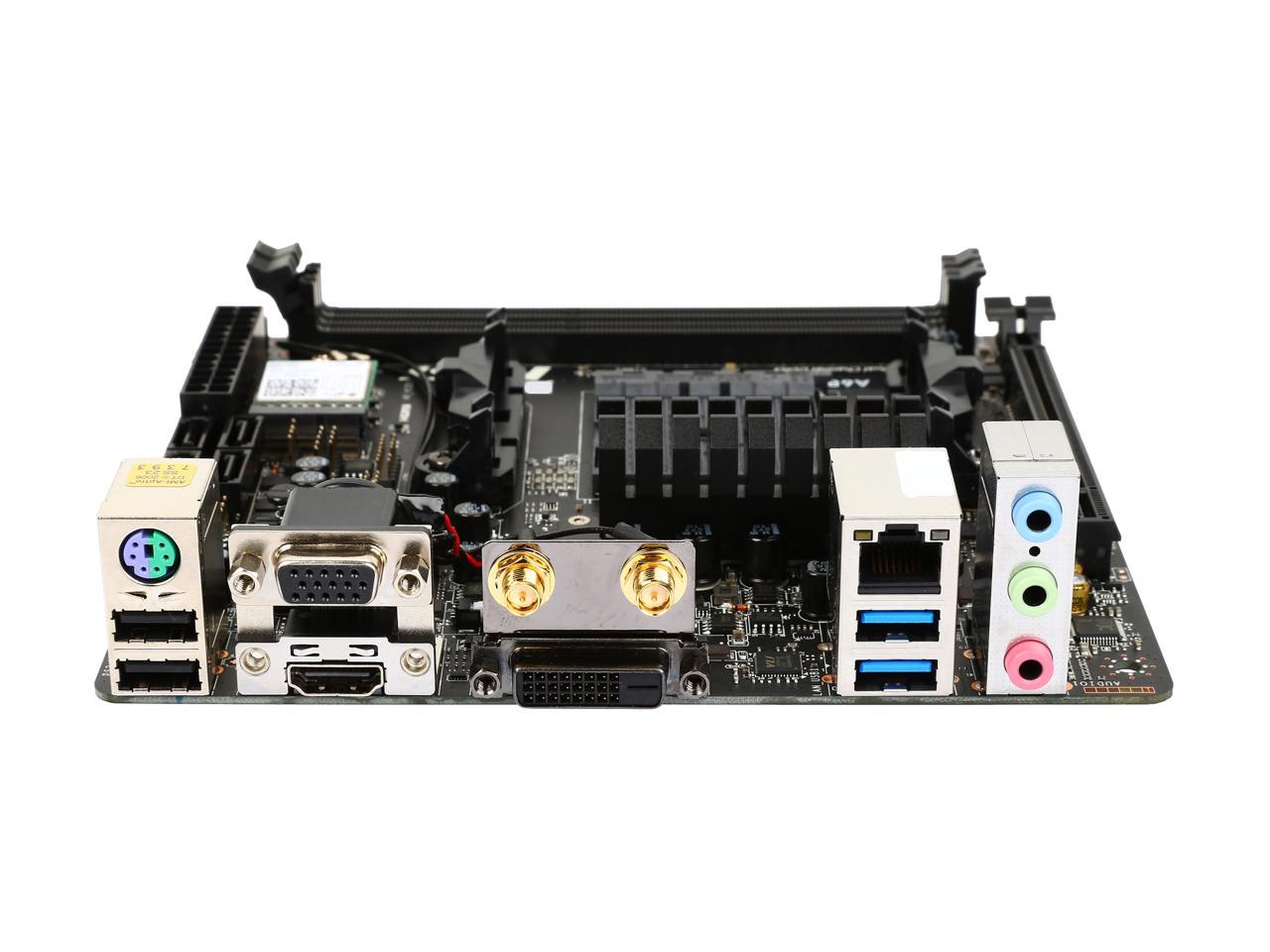 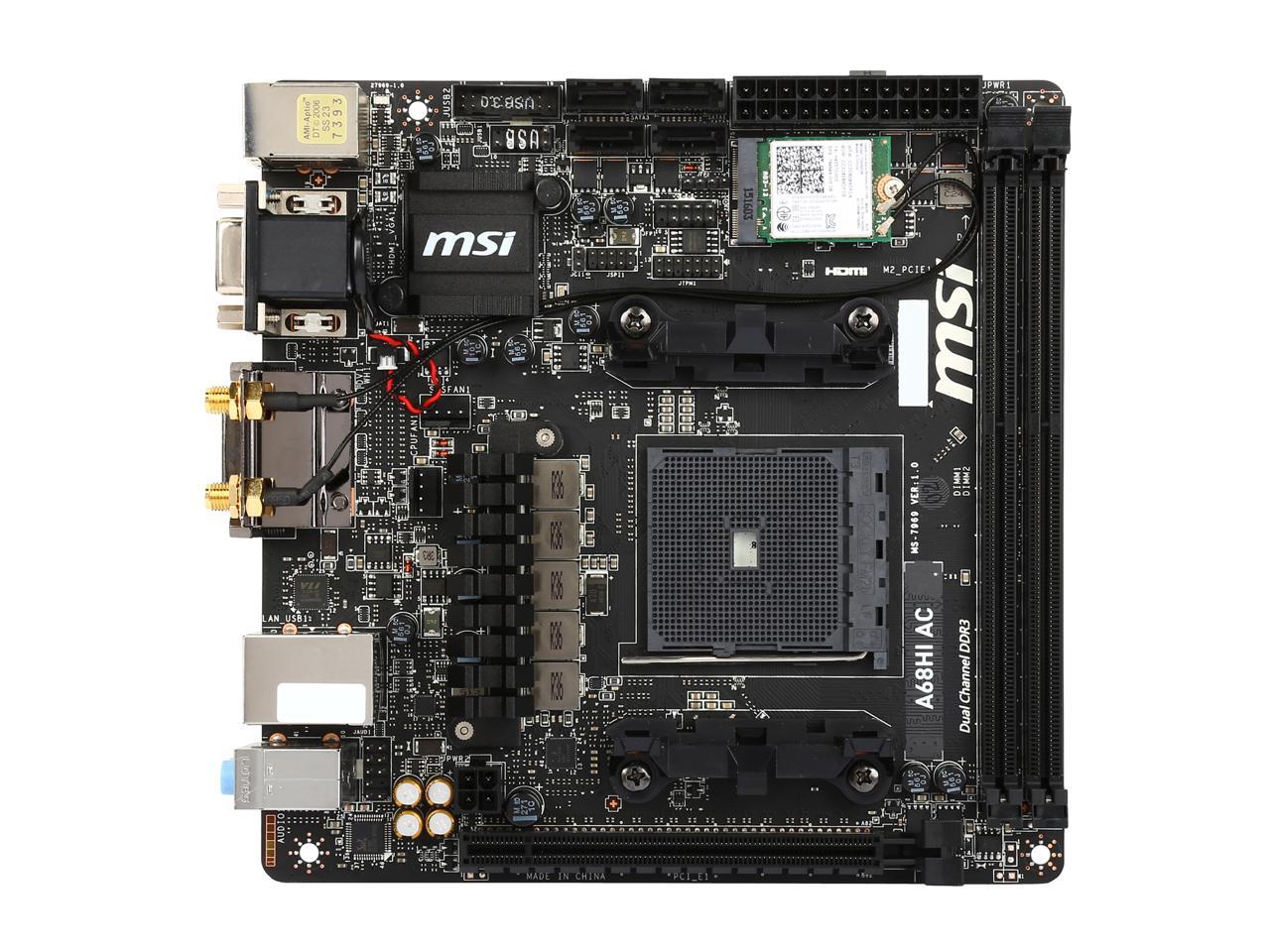 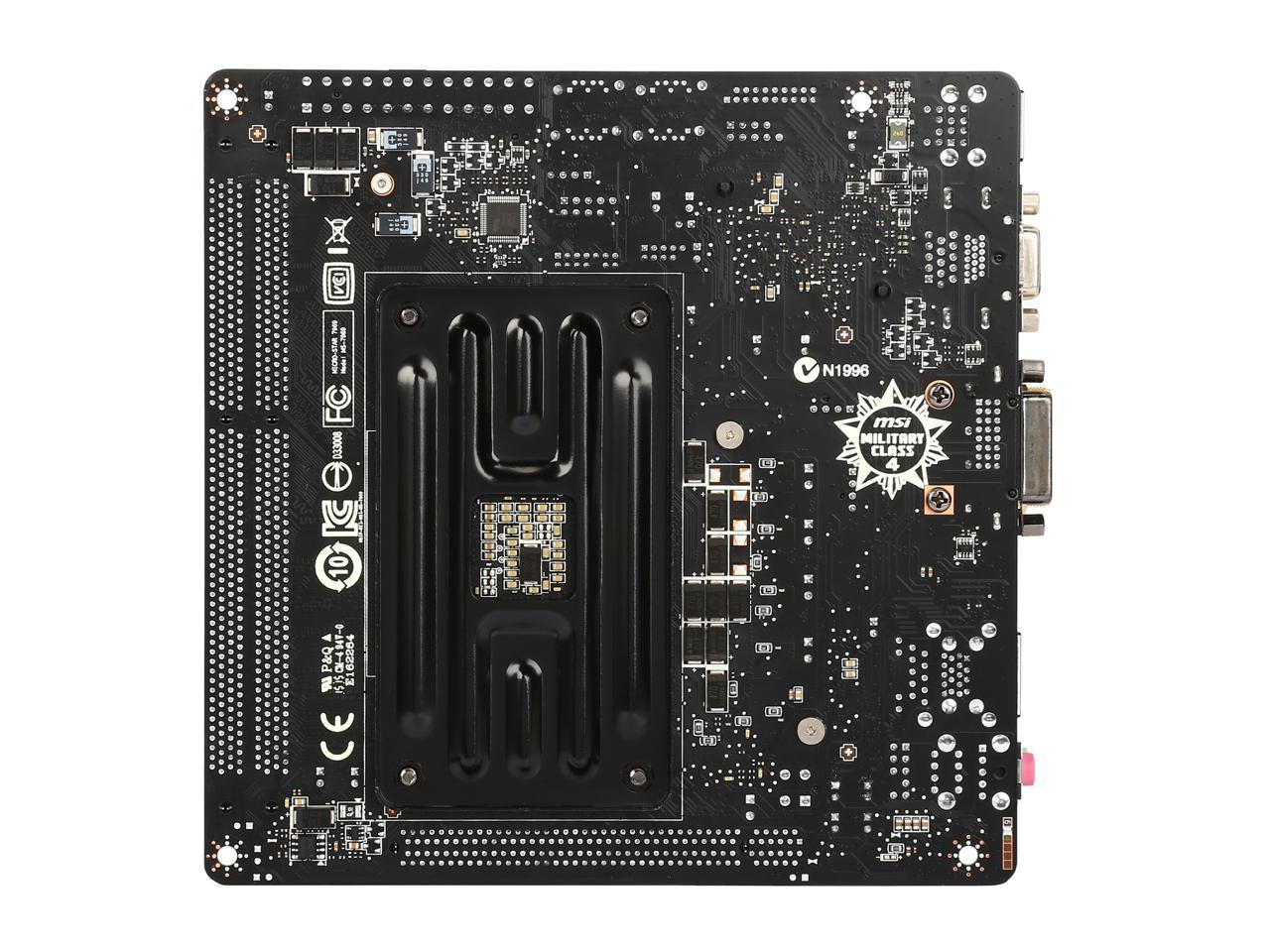 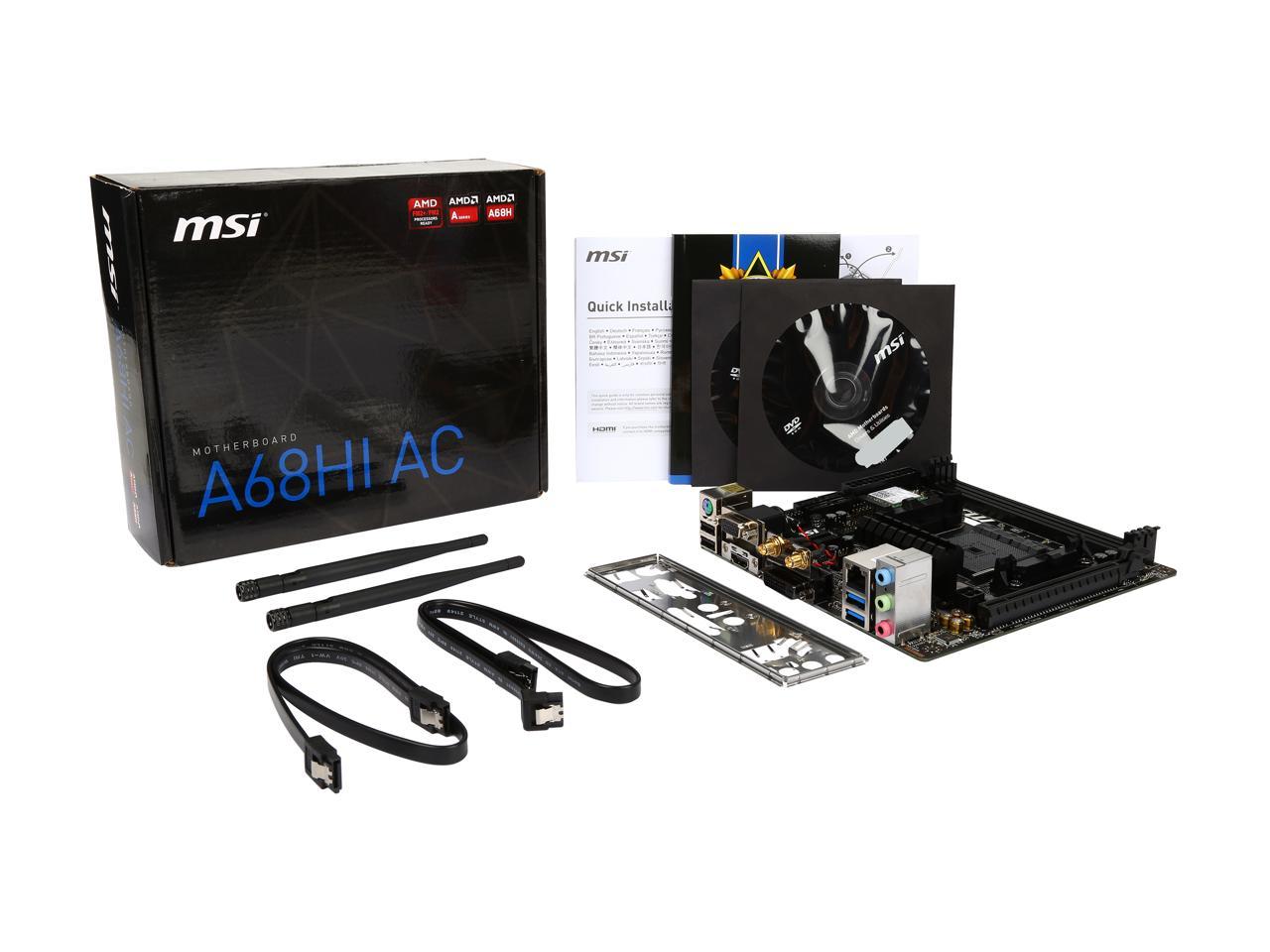 The MSI A68HI AC motherboard delivers competitive performance and features at an excellent value. It’s based on the AMD A68H chipset, and carries the AMD socket FM2+/FM2 to support AMD A-Series/Athlon processors. It adopts Military Class 4 components to increase the system’s stability even in the worst conditions, and utilizes AMD Cool'n'Quiet technology for superior thermal performance. It features the latest MSI Click BIOS 4 for maximum performance and user convenience, while the MSI Fast Boot makes your system boot lightning fast. When taking into account all of the other advanced features – such as Live Update 6, M-FLASH, super-fast USB 3.0 & SATA 6Gbps interfaces, HDMI port and more, the MSI A68HI AC motherboard is simply the best choice for enthusiasts. The Military Class 4 is the next step in high quality components. The Super Ferrite Choke and Solid CAP will make sure that your PC runs more stable under extreme gaming conditions. The humidity protection and high temperature protection ensure your system survives various environments, no matter how harsh. The new structure of the PCB limits EMI radiation. On top of that all the connectors have ESD protection in order to prevent short circuit. The MSI Click BIOS 4 is the latest UEFI BIOS with optimizations for Windows 8. Not only that it also reacts faster, runs smoother and has better mouse support. And this all comes with many cool features. No more seamless waiting for your O/S to be loaded. MSI Fast Boot helps to make your system boot lightning fast. MSI Fast Boot also features a GO2BIOS button. Simply click it to restart your PC and go straight to the system BIOS. MSI Live Update is renewed. The popular software automatically downloads and installs the latest drivers, BIOS and software. Rest assured while your system is always configured using the latest software so you get the maximum performance and stability. Compared to common motherboards which need extra BIOS chips, MSI's M-Flash has a double advantage which doesn't need extra components and secondly, all your BIOS data will be saved in the USB drive. The stored data does not only have backup and upgrade function, moreover, it can also be seen as a portable BIOS chip which is actually able to boot up your PC. Compared to the 480Mbps provided by traditional USB 2.0, the all-new USB 3.0's 5Gb/s offers 10 times the transfer bandwidth, so transferring a Blu-ray movie takes less than one minute. The SATA 6Gbps interfaces provide double the bandwidth of traditional SATA 3Gbps, and increases the data transfer rate between your motherboard and internal storage devices, such as 7200RPM HDDs, 10000RPM HDDs and SSDs. It's also the current trend for upcoming high-speed internal storage devices to break the existing bottleneck of a PC's performance. Enjoy the awesome HD video playback now. Equipped with the one HDMI port, this motherboard supports the latest and the most innovative signal outputs to provide an unprecedented visual experience.t The exclusive USB Safeguard can prevent motherboards and USB devices from being damaged by short-circuit and ESD (Electro-Static Discharge) with Anti-ESD chips built-into the motherboards. Additionally, the safeguard can protect against such dangers multiple times, and greatly improves product lifespan.