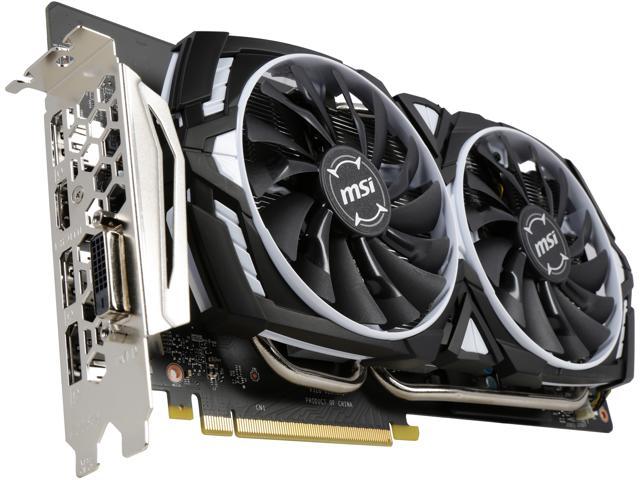 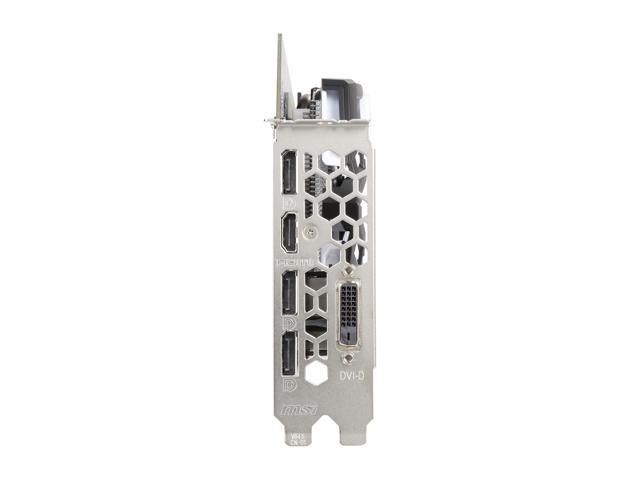 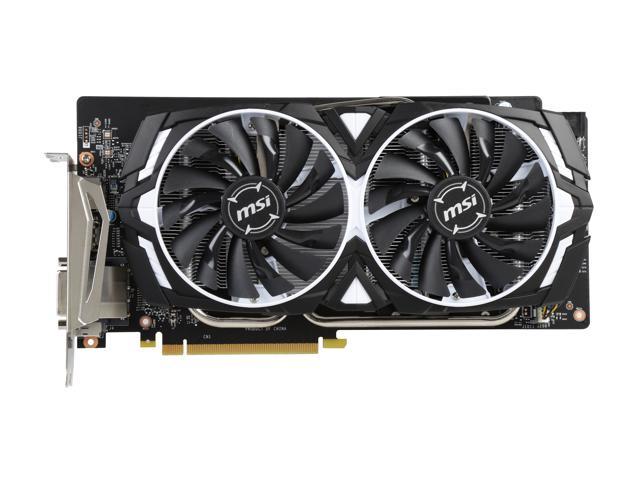 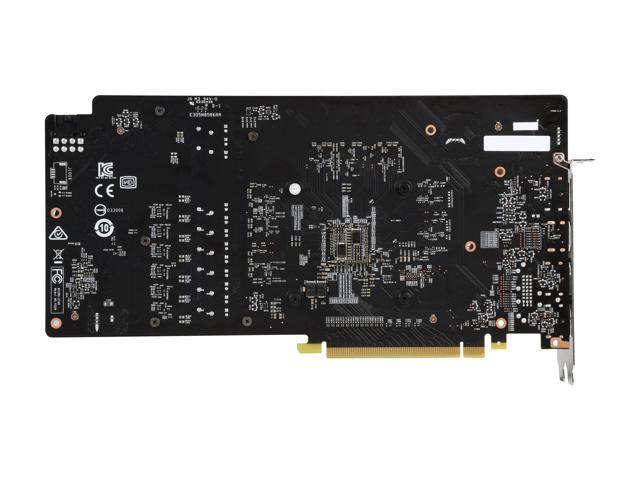 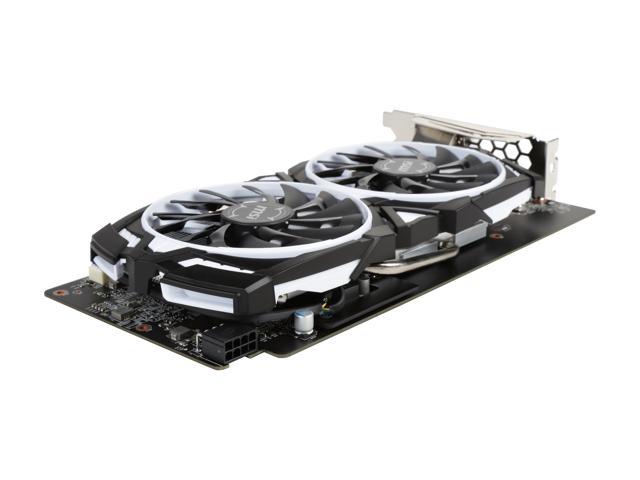 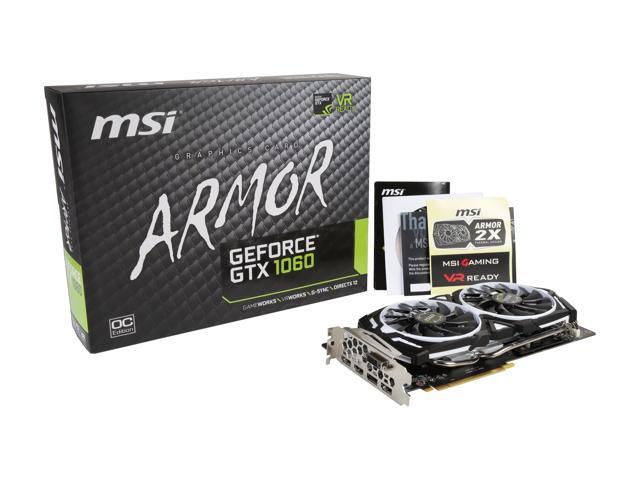 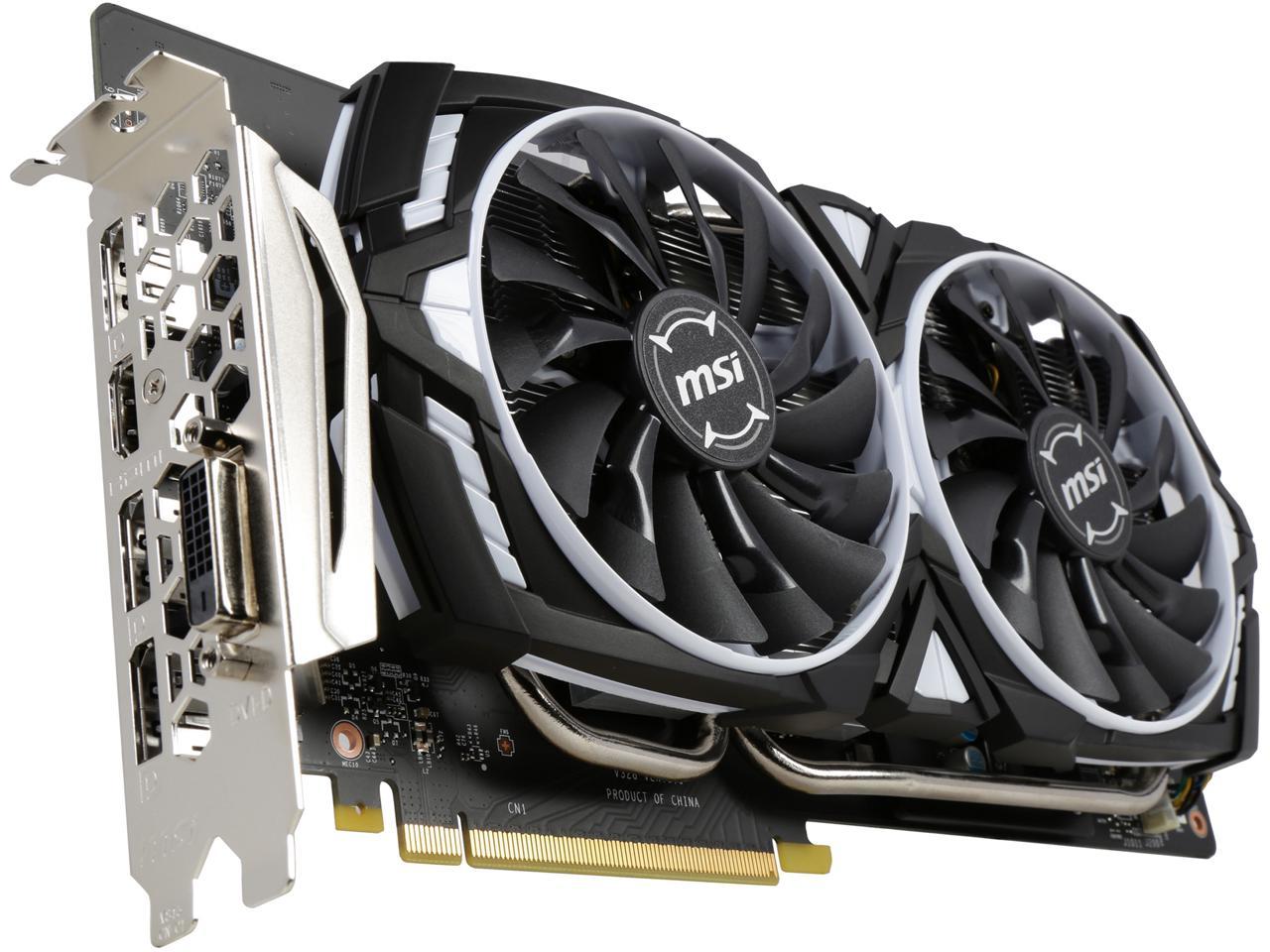 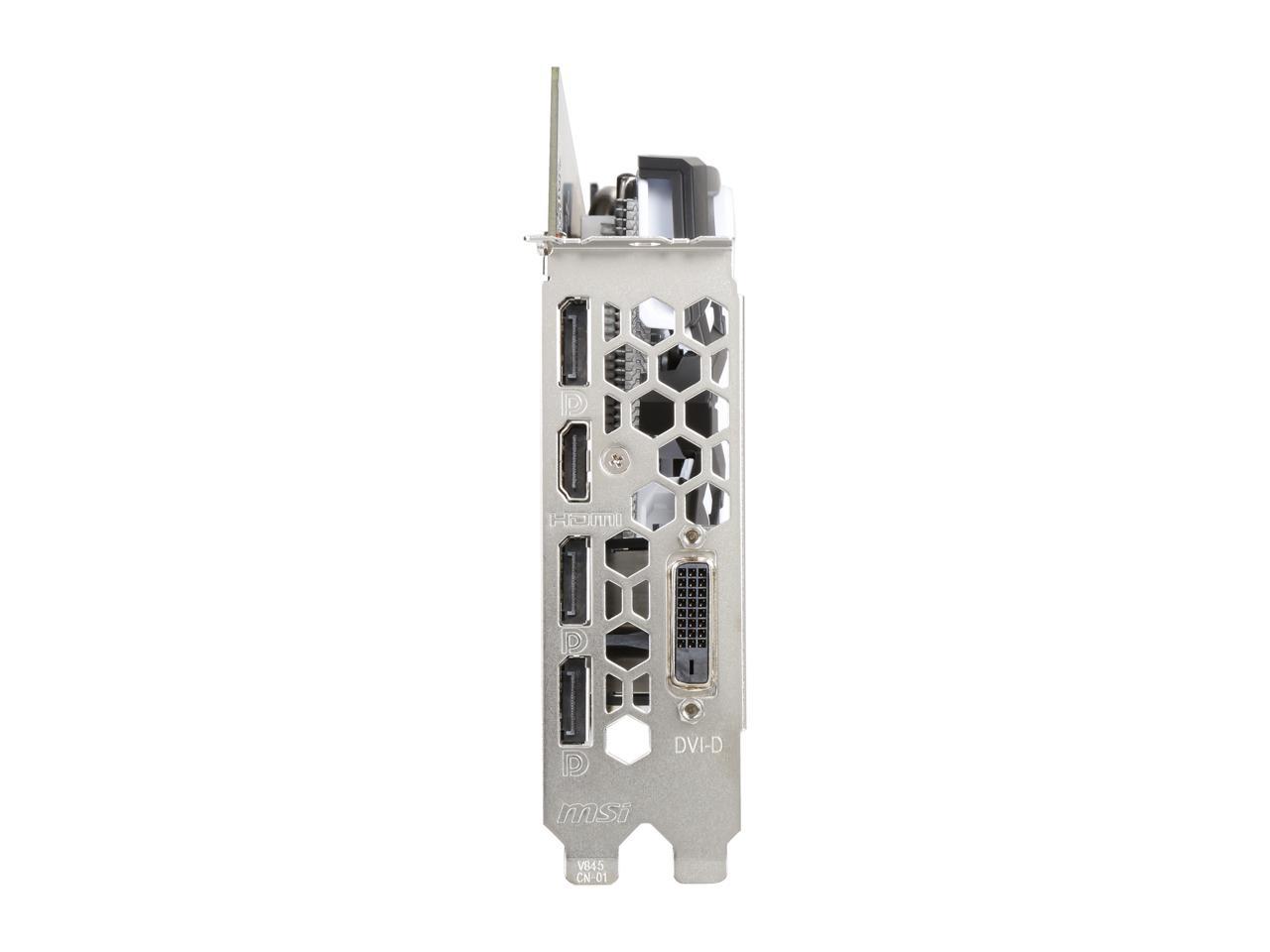 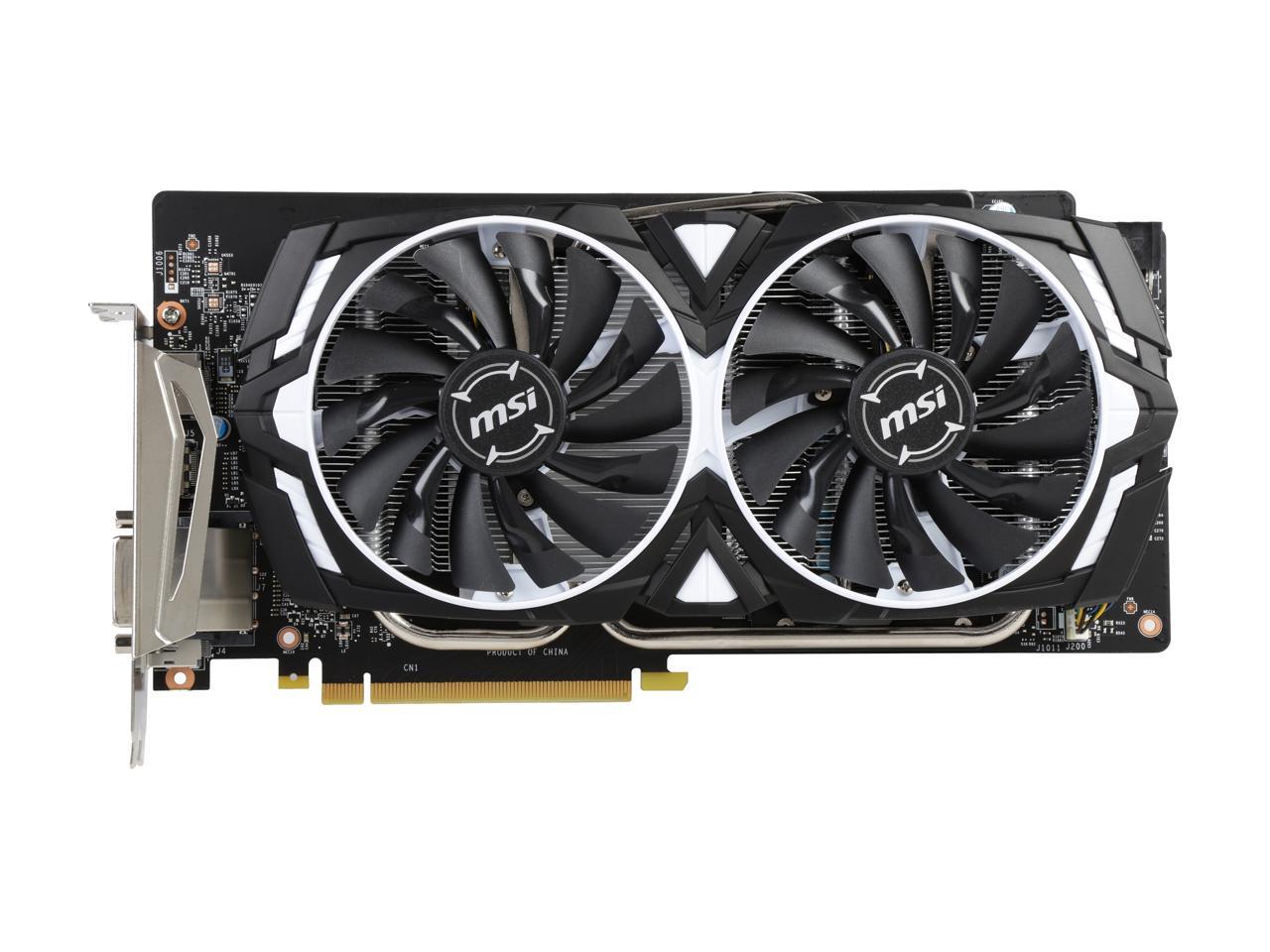 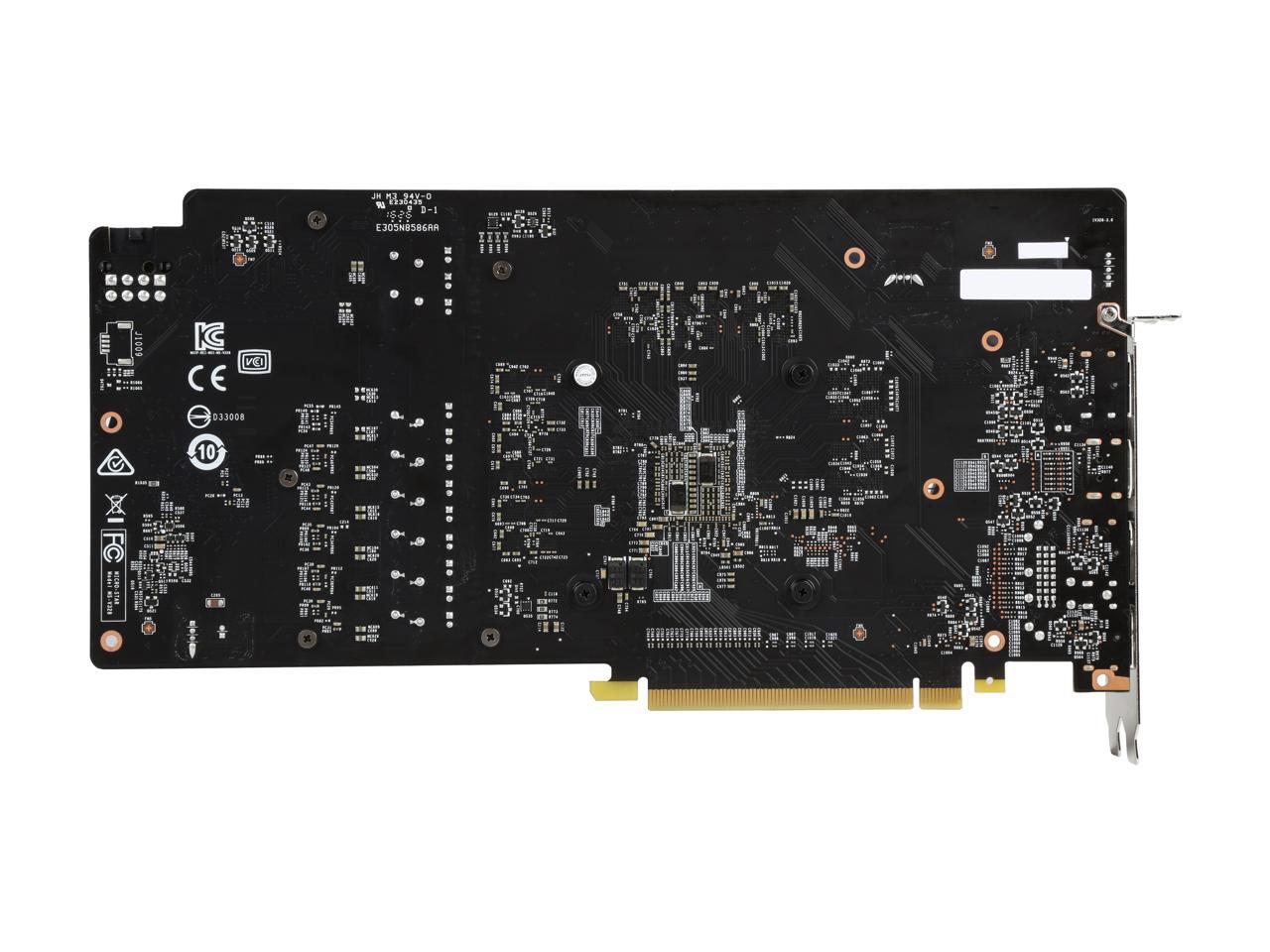 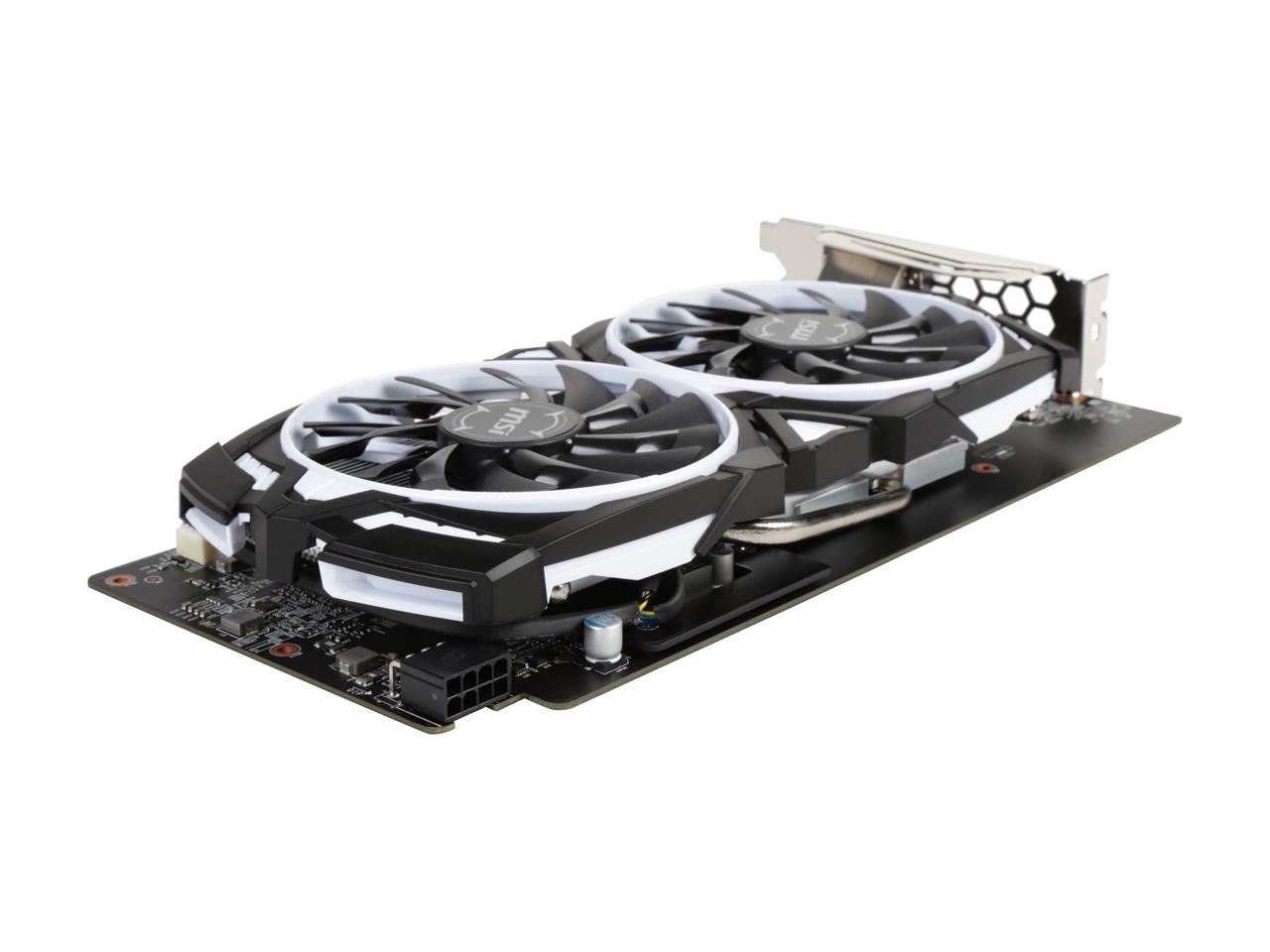 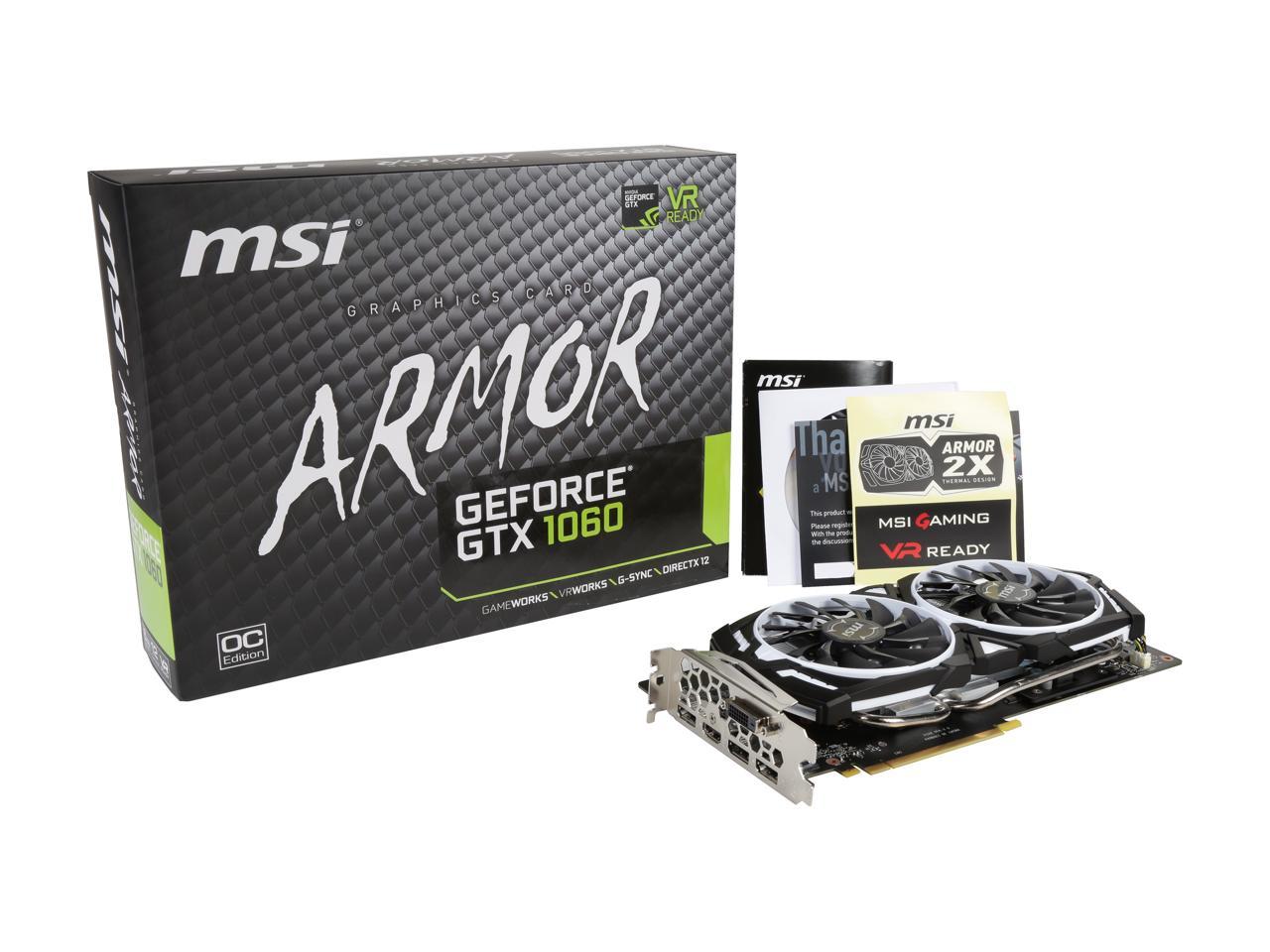 Game in style & dare to be different with MSI's unique ARMOR graphics cards. Inspired by advanced armor shielding with a classy black & white finish. ARMOR graphics cards are perfect for gamers and case modders who are looking for something different. This is where gaming meets class. Traditional Fan Blade
Maximizes downwards airflow and air dispersion to the massive heat sink below them.

Under the classy shroud and powerful dual fans is a huge heatsink with countless aluminum fins that help dissipate the heat from the GPU. The copper heatpipes are infused in the base plate to ensure efficient cooling. The aluminum fins are rigged with Airflow Control technology to maximize airflow towards the heatpipes.

The smoothest, fastest and most exciting gaming experience ever by eliminating screen tearing, display stutter and input lag.

Pros: This thing can handle any game that I play on it. This card has always been quiet for me, All though, I likely dont use the card to its max potential

Cons: The major issue I have with this card is its horrifyingly bad card sag. It droops particularly bad in the right hand corner. The sagging doesn't look good in my case (it has a glass panel). I am afraid that it will eventually cause harm to the motherboard.

Overall Review: I would recommend this if it had a back-plate that prevented this card from ever sagging, because all-in-all it is a great Graphics Card. But it isnt worth getting if it is going to cause harm to your computer (and its parts) or isnt going to stay looking good over time.

Manufacturer Response:
Dear Valued Customer, Thank you for sharing your experience with the MSI product! If you ever require technical assistance, please feel free to contact our technical support department directly at 626.271.1004 from M to F, 9am to 6pm Pacific Standard Time. Thanks for choosing MSI! Best Regards, MSI Review Team
Connor J.
Ownership: 1 week to 1 month
Verified Owner
This graphics card is great8/17/2016 5:45:19 AM

Pros: The card came in perfectly packed and this thing is massive. It is a great buy for it's price if you can get your hands on one as is I bought the last in stock the second restock after it launched. The MSI customer service was great when I thought there was a problem but it was my motherboard instead.

Cons: This card is huge so be sure you have a large enough case and a powerful enough 8 port pcie plug on your power supply.

Pros: The 1060 is fast. It's a big performance jump over the 960. The Armor 6G is silent under normal usage (the fans turn off, no coil noise) and quiet when gaming.

Cons: It's a long card with no backplate so if you need to lie it flat in the case you'll probably need support of some sort. My case has a support perch on top of the hard drive cage.

Overall Review: The card is overbuilt. It uses an 8-pin power connector and two large fans.

Pros: Does What it was intended to do Good FPS on Games At 1080p on max settings or at 1440p with slightly lowered for that buttery 60 FPS.

Cons: Wish it Came with a Back plate with probable buy an aftermarket one sometime.

Overall Review: All around a good Product. R/ PCMR

Pros: I upgraded from an R9 270x that was running rainbow six siege on medium and 50-60 fps now I run it on max and and lowest I've seen is about 81 fps when playing. In the menus in siege the fps stays at 60 fps but goes up once a match begins. Must be part of the nvidia optimized thing. This is my first nvidia card since I had a 9500gt. I also play overwatch on epic settings and seen about 130 something fps.

Cons: The only con I can say as this card runs warmer than my last. The hottest I've seen it get is 67c. I know that's not bad thermal wise but when my last card got up to only 56c it's a bit of a change.

Overall Review: Overall this card is great minus the heat difference from my last. This thing should last me a long time. I've never been a fanboy if either brand just seemed to end up with AMD the past couple times. Can't wait for battlefield 1 to see how it does. Just wanna give newegg some props for their shipping speed. I ordered this Wednesday night about 830pm and received it Friday. Of course I'm only about 3 hours away from their shipping facility.

Pros: Amazing performance in any type of games, very good integration/interaction with other components, no power hungry, not a run-hot card, not a noisy card at all, good thermal management through logic-controlled fans (they actually stops and start on temp demand), a correct looking card too.

Cons: Beside the outstanding performance inherent to the NVIDIA Pascal-based GP106 graphics processor, over which this card is build on, the card itself lacks quality of materials in its construction, its PCB is unnecessarily huge for regular standards (which does not bother me though from a design standpoint), which causes the card to bend in a dramatic gradient down by the right-upper corner once installed in a regular vertical tower, it seems that the PCB thickness isn't enough for such a design approach, or cooler weight, in a less order of importance, I would like to add that the white plastic belts surrounding the two big fans adds a nice touch to the set when see it from a distance, however, they can't resist a close visual inspection, because they looks cheap, as the plastic on the fans blades does, the cooler itself seems correct for the price and do its work, since the card runs really cool at any work load.

Overall Review: I do recommend this product to others due to its amazing performance, good price, healthy operative temp and low power consumption, other negative aspects might be subjective. The PCB thickness of this unit should be definitely improve, or consider the addition of a sort of ,at least, partial back-plate or metal frame, this last might be helpful but maybe not a real solution. The quality of the plastics and card build in general can be understandable/acceptable due the budget nature of this unit, however, in this case they are not consistent with the MSI quality standards that we are accustomed to and we expect from such a components make.

Cons: Seems to be coil wine?, cannot hear it over fans when in load though.

Cons: -Minor performance hiccups (and I do mean MINOR), due to waiting on some patches/software from GeForce Experience.

Overall Review: If you're on a budget, I absolutely recommend this card. This can take any game in 2016 into High Settings at 60 FPS. I tested it on Evolve, and GTA 5, and numerous 3DMark benchmarks. I have not encountered any problems, but this is a brand new card. I will report back if I ever do have issues. My build for reference: https://secure.newegg.com/WishList/MySavedWishDetail.aspx?ID=30170025 (I had to select the other MSI 1060 card for the wishlist because the Armor version is Out of Stock. pretty much the exact same card.