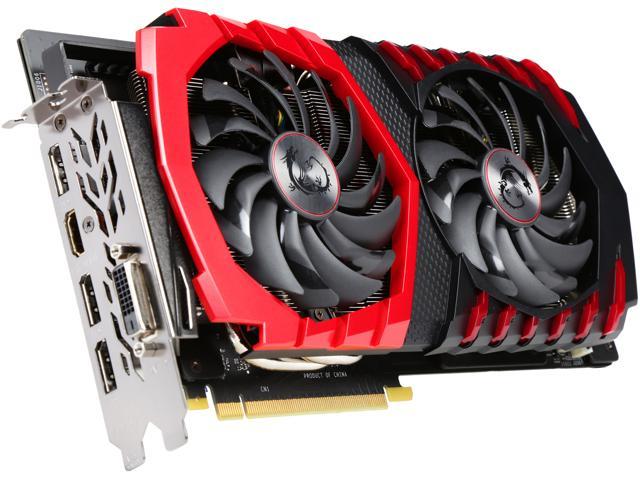 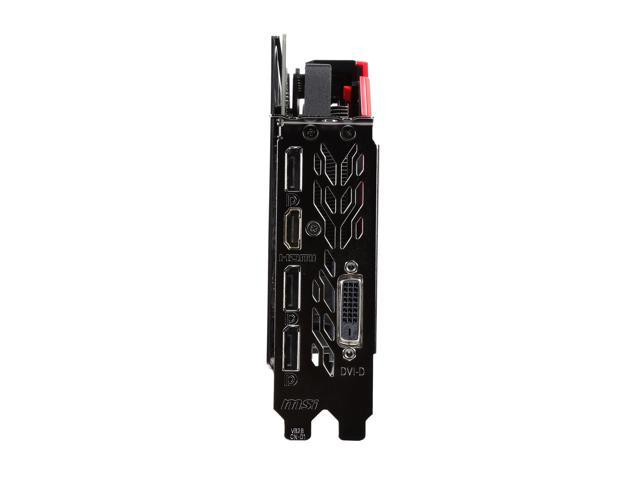 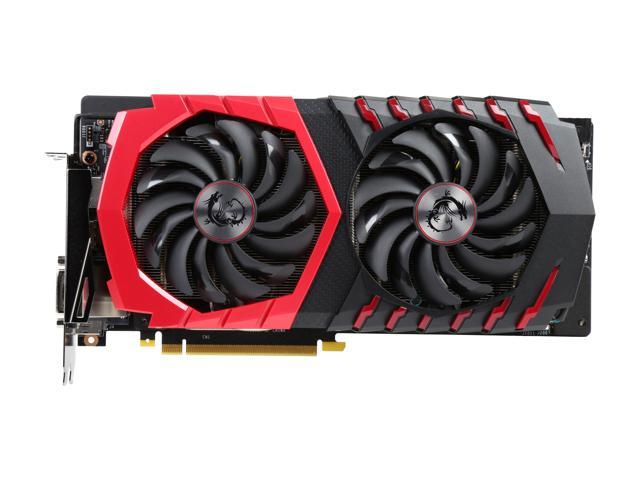 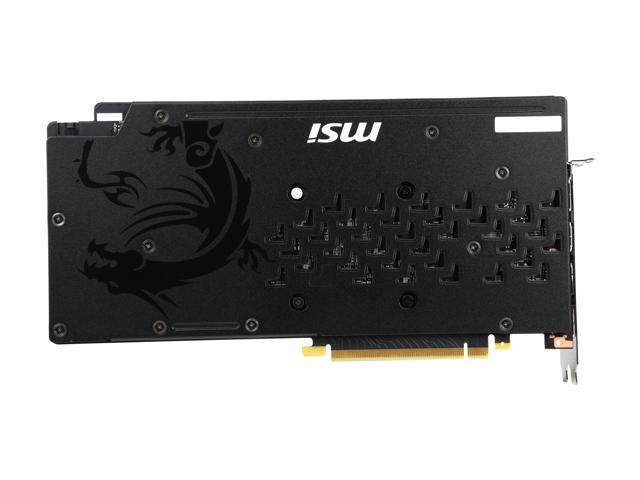 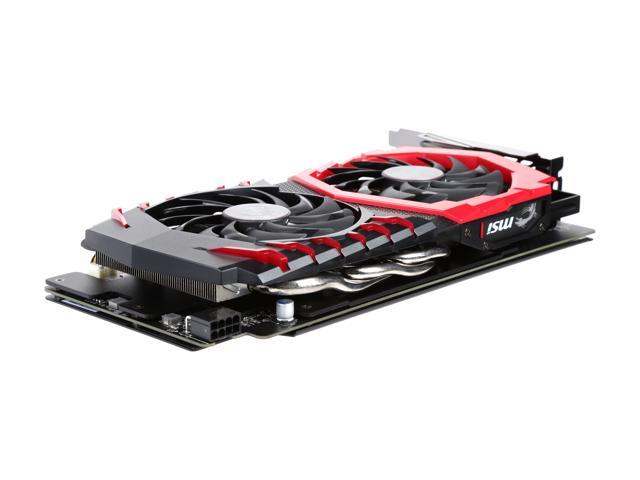 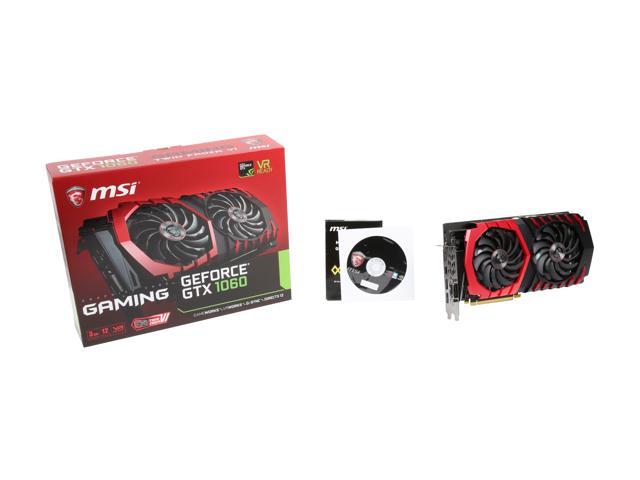 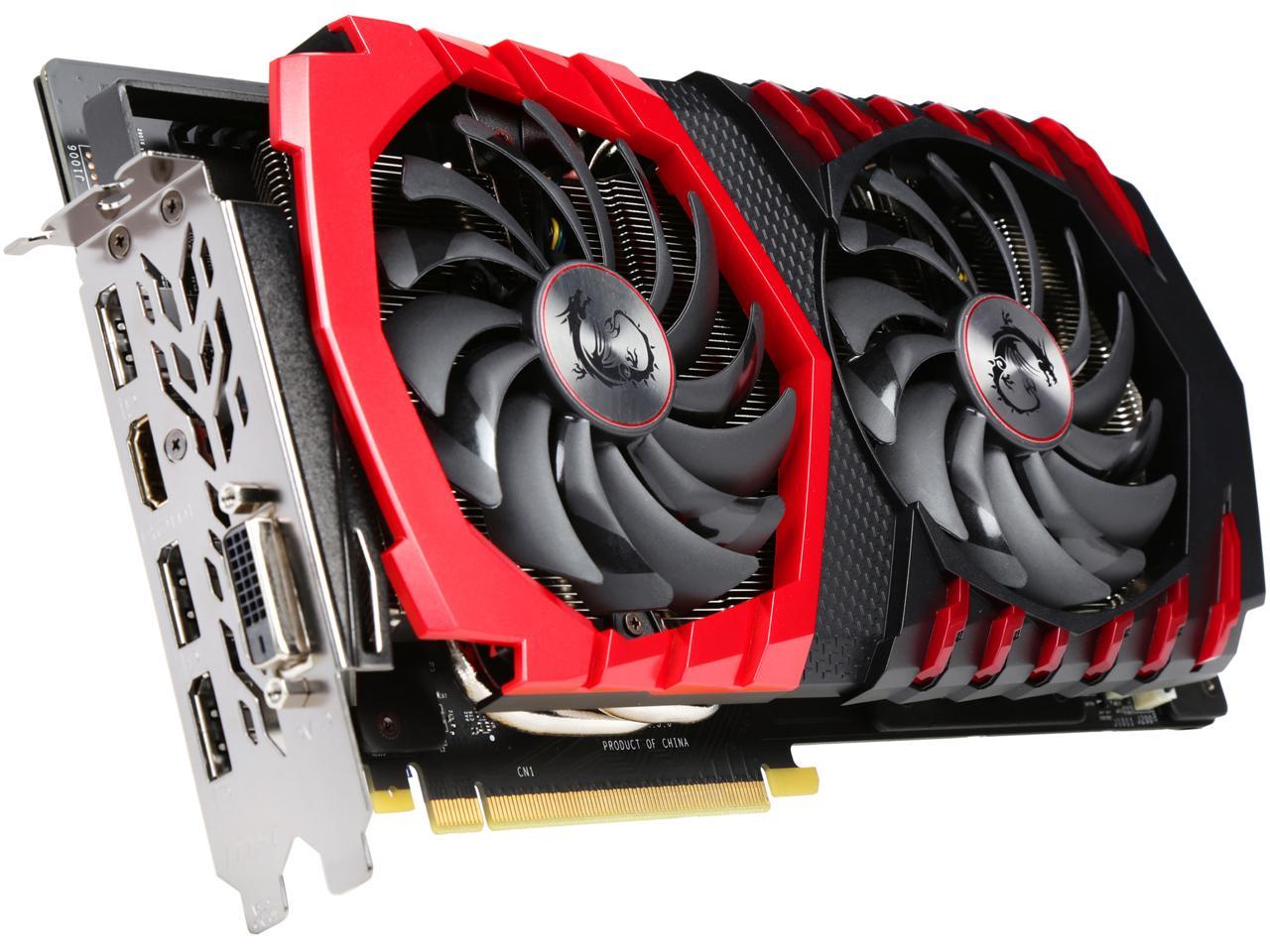 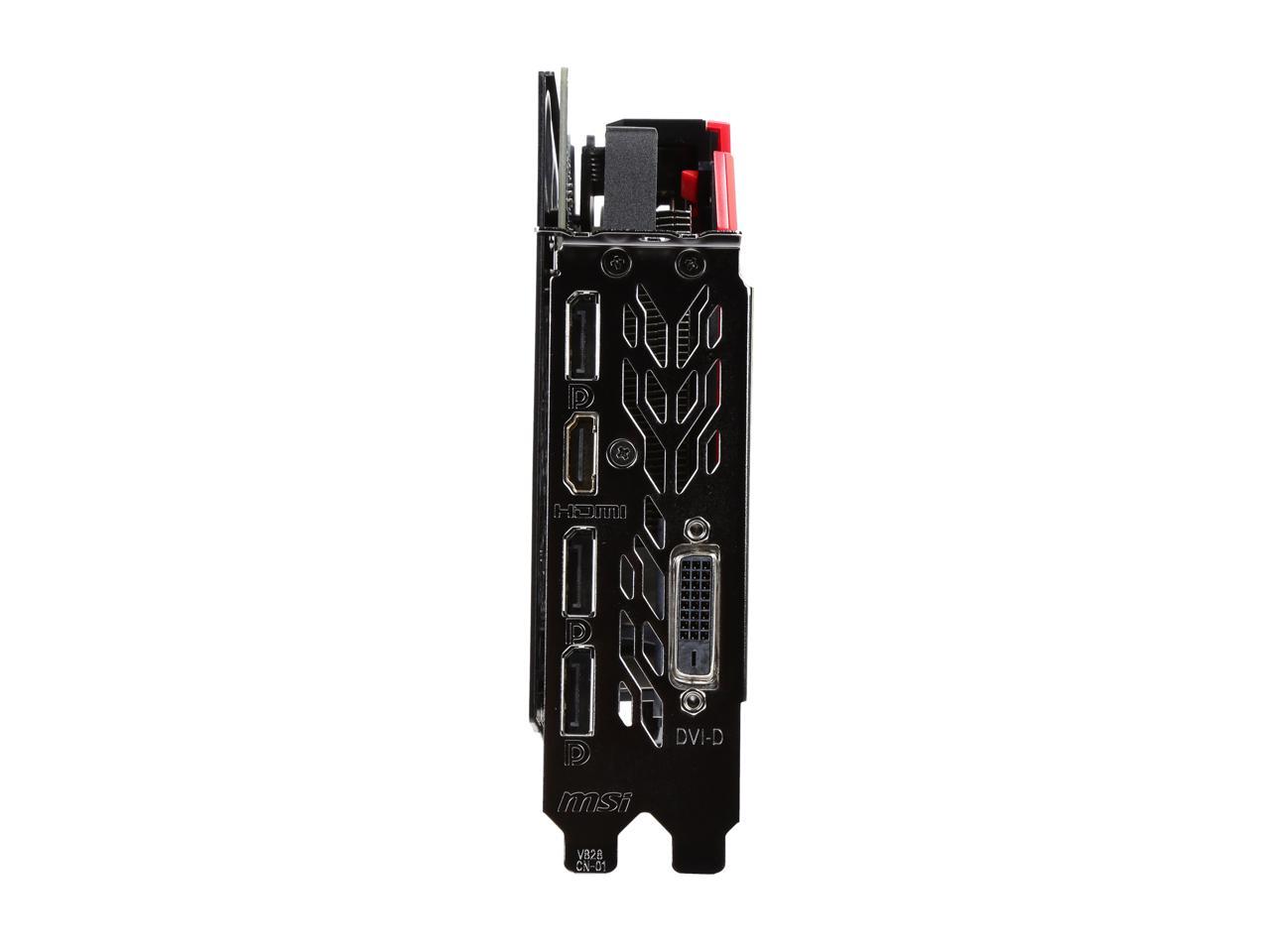 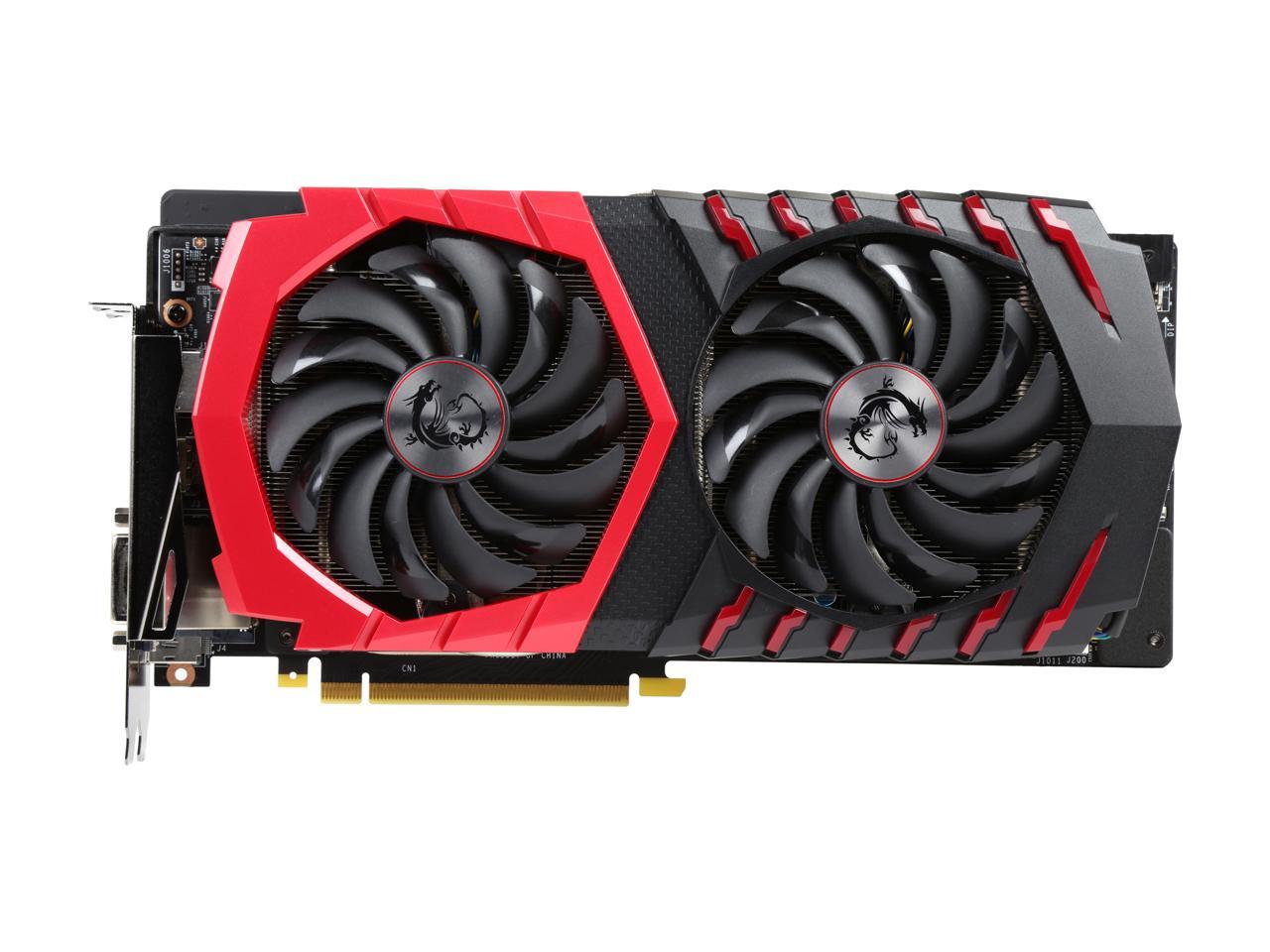 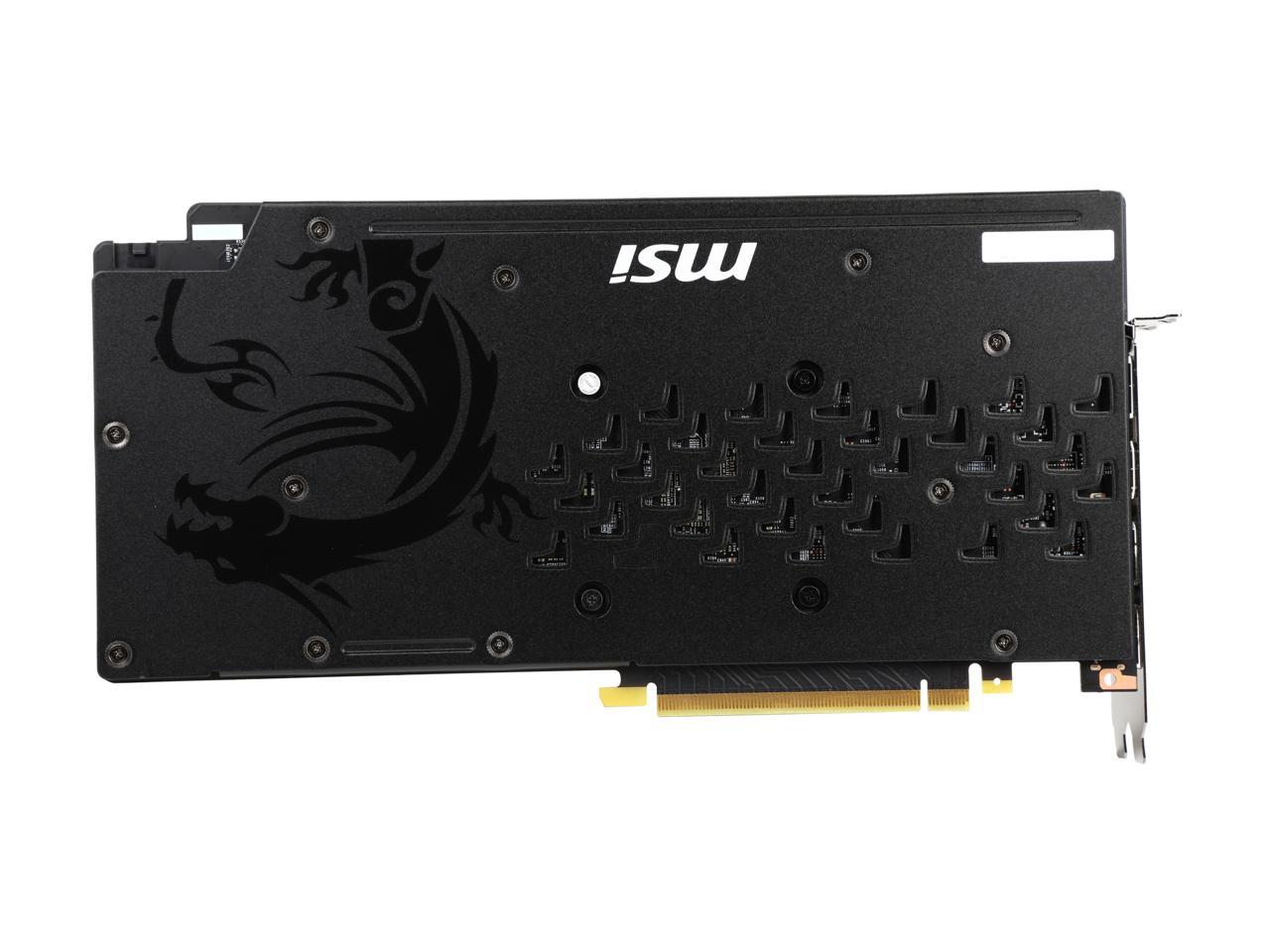 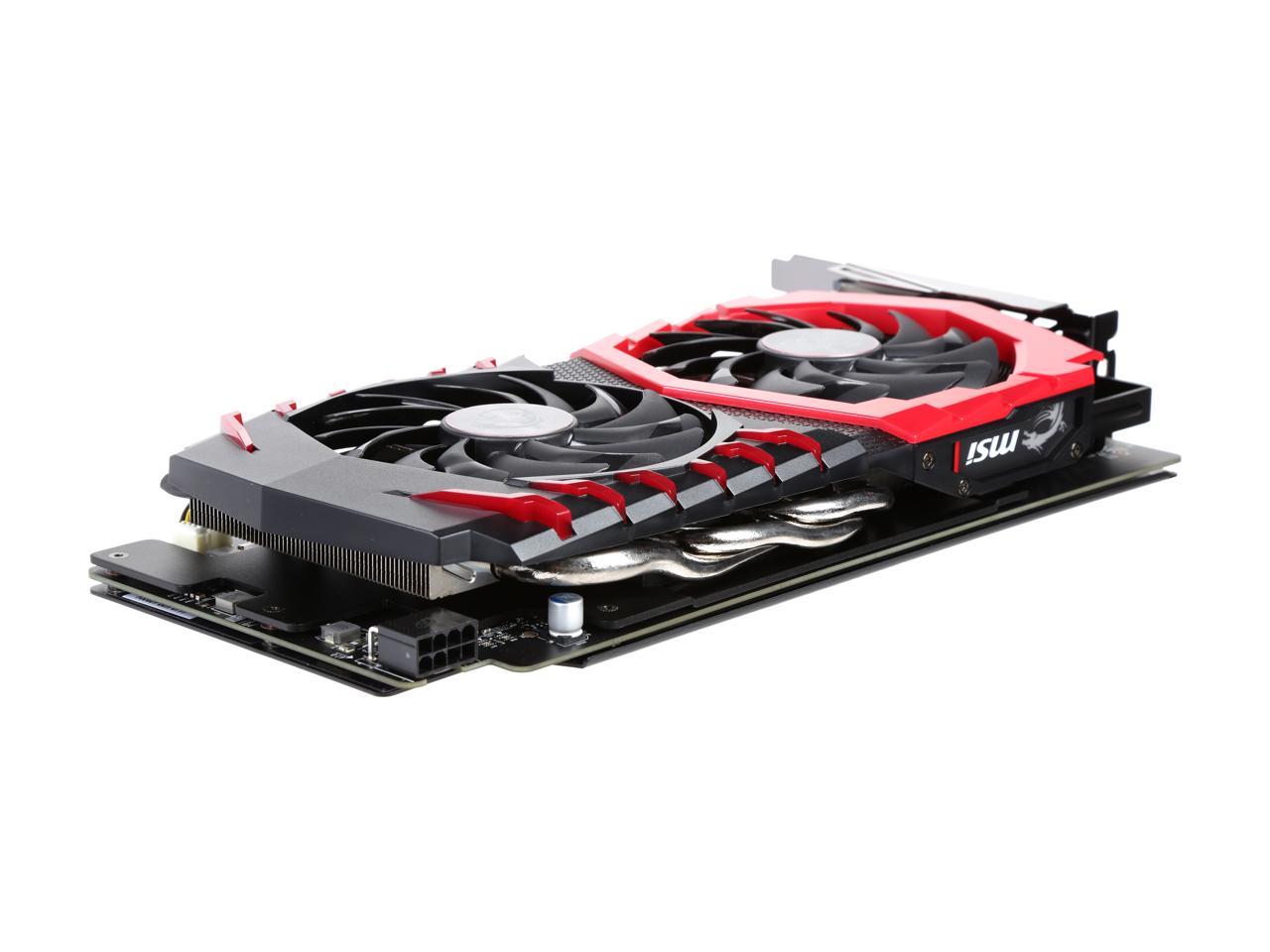 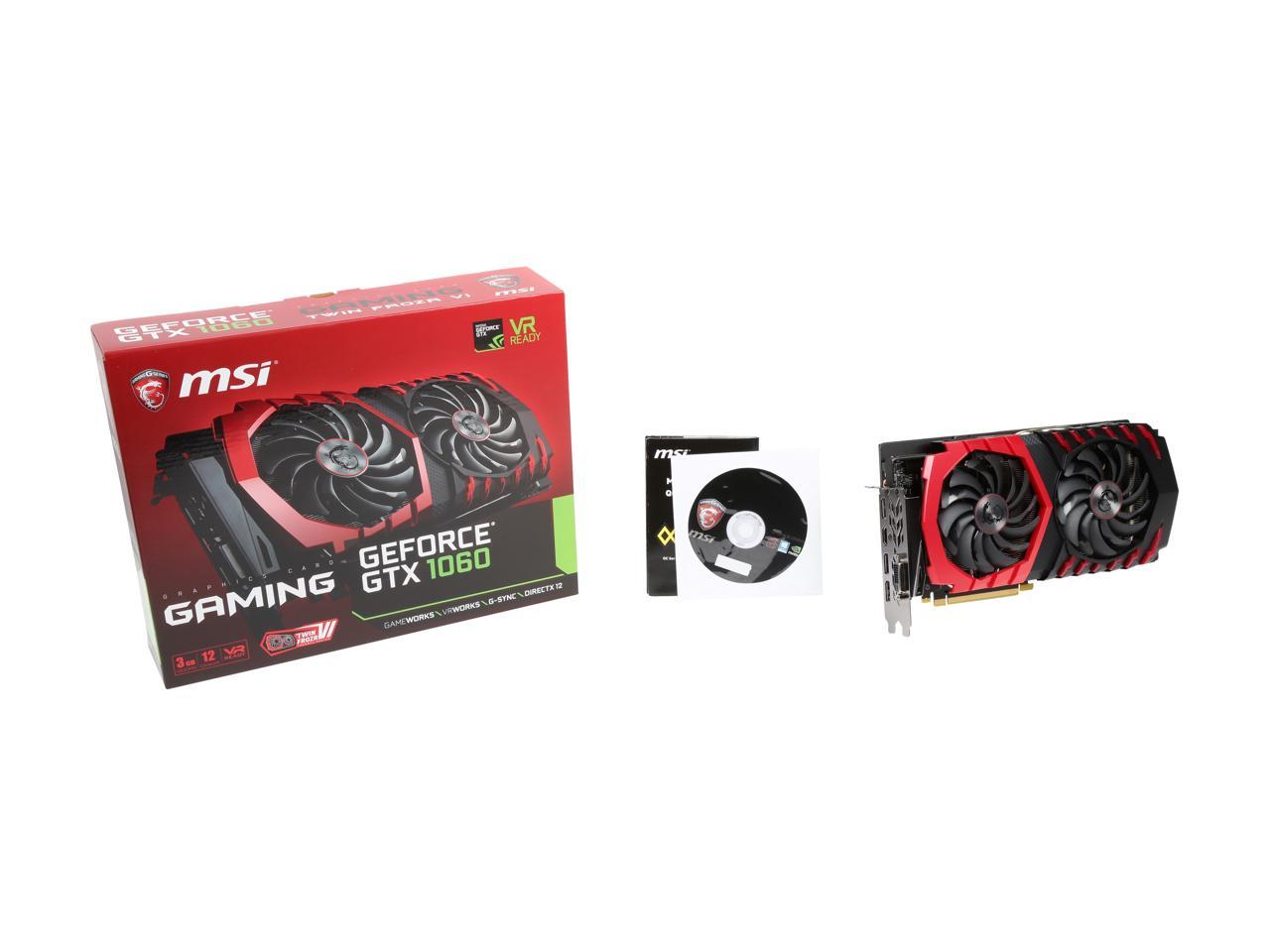 Below the heatsink you find the close quarters cooling which enables you to push the MSI GAMING card to the max.

Pros: Works! Switching from a gtx760 to a gtx1060 was easy as removing the old card and putting the new card in (as long as you stay with nvidia).

Cons: Free gift is only worth $9.99 USD. DVI-D not much of a con but I only had a DVI-I adapter so need to use HDMI or buy new adapter for the VGA monitor.

Overall Review: Been playing with this card with no issues however the game I play is not optimized for high end systems so can't really say much on the performance. You can read other reviews for the performance.

Pros: 1.) Stays Cool under load 2.) The software is nice 3.) Driver support is terrific! 4.) Gaming performance for 1080P is outstanding for this price point! 5.) Matches my Black and red color scheme

Cons: 1.) The Music LED feature does not really work very well. 2.) I would like the Overclocking to be a little smoother, I guess I kinda lucked out on the Silicon lottery. 3.) The LED's in general have a warm feeling to them, other than the sharp glow I was hoping for.

Overall Review: Having been burned a few times on FOUR prior graphics cards from both of the big names, I've begun to expect glitchy artifacts, driver crashes, loud noise, and high temps. Thankfully, I've been using this one for a month now, and havent had a single problem or complaint! It feels good to actually have dependable graphics for a change. Watch, now that I said that, it might go into full melt-down today. Dangit Murphy's Law!

Pros: purchased this as an upgrade from my EVGA GTX 950 as I wasn't satisfied with my frames in newer games. so far I'm maxing out everything in my steam library. card is excellent so far. if your looking for a 1080p 60fps card this should do the trick.

Cons: big card (not so much a con just don't compare it to other 3 GB 1060's on the market. my I/O plate was a bit too long so I had to bend it a little to get it to slide behind my motherboard, and slide into the slot properly. scratched the edge of my mobo a bit.

Pros: Was not disappointed at all. It even comes with LED lighting. It was a pain in the butt to get to work after replacing an EVGA 960 with this. Had to uninstall GeForce and download the proper drivers on GeForce.com It runs OW, WoW: legion? Fallout 4 (mods), the division, and even the witcher GOTY on the highest settings at 60fos not including SSAO. For $30 more you can get the 6GB version which could probably do better.

Pros: All my light gaming hasn't even made the fans need to turn on. Nice beefy power delivery for overclocking headroom. Beautiful aesthetics. I love the how Twin Frozr looks!

Cons: Keep in mind the LED's may be customizable, but only the logo is RGB. No big deal though.

Pros: Card is fast and quiet. Easy to install

Cons: MSI denied my rebate because I shipped to my work address.

Pros: Price, speed, lights... My best friend referred this to me and I am very thankful. I would buy this again because it doesn't get better around the $200 price range. Not even close