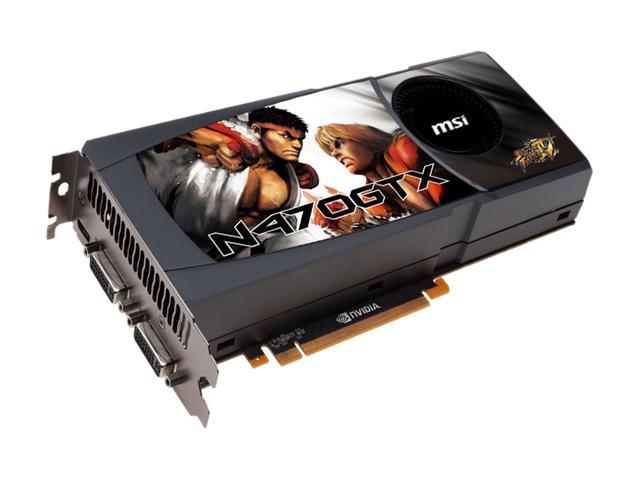 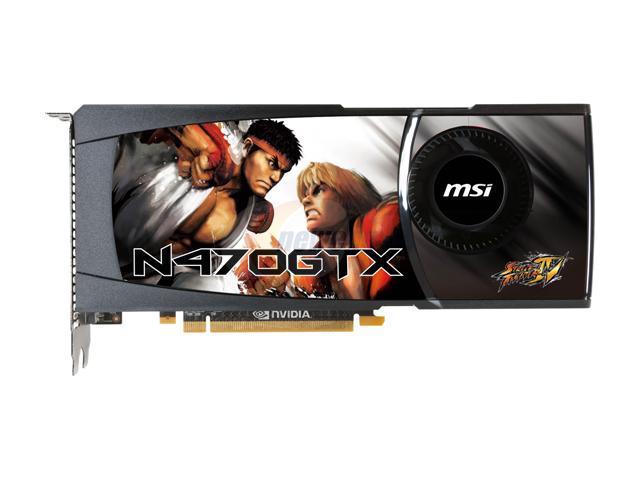 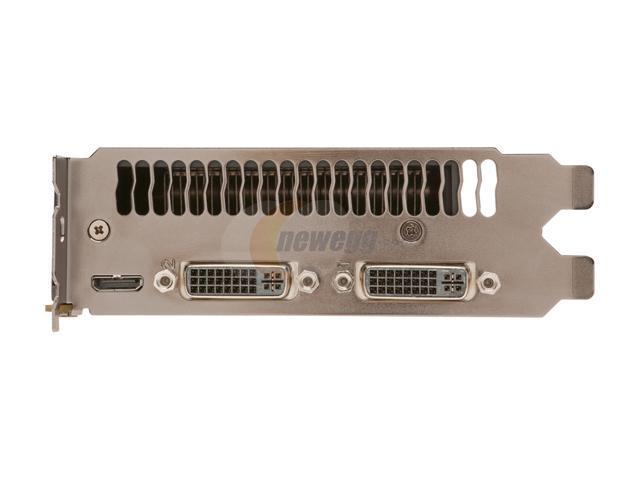 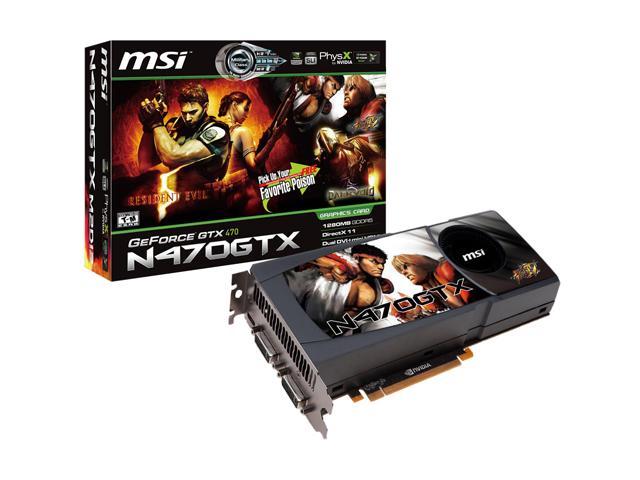 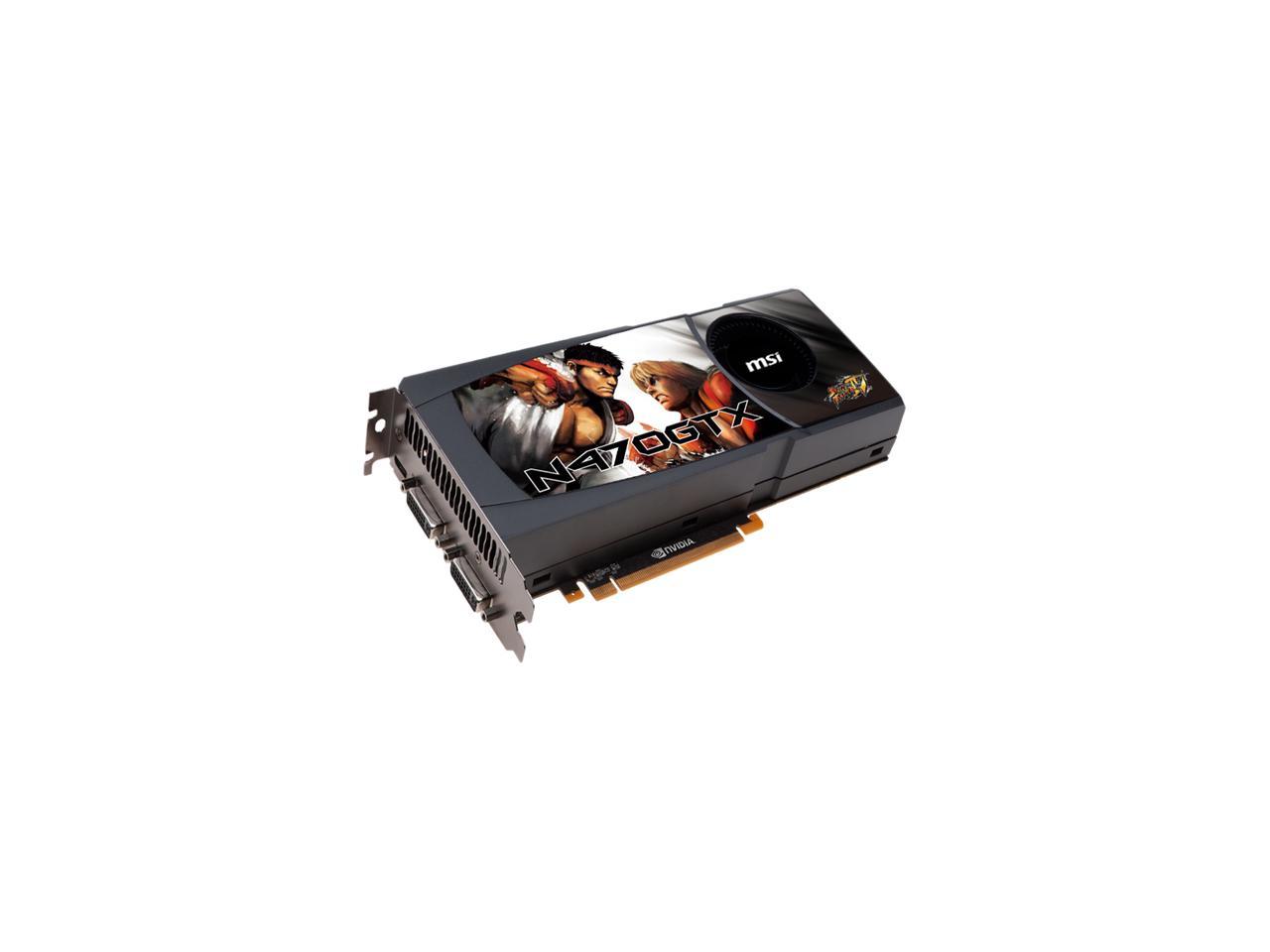 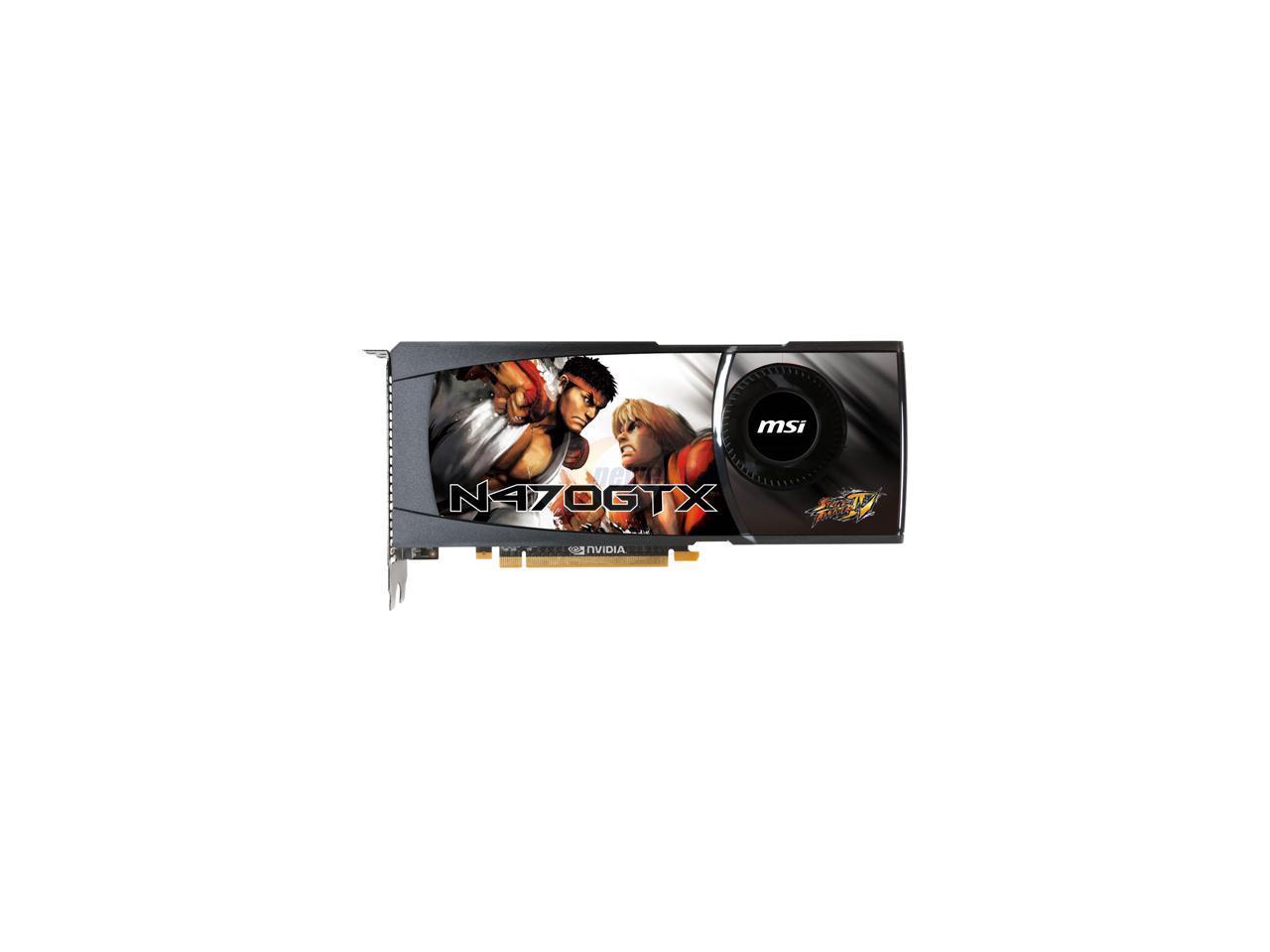 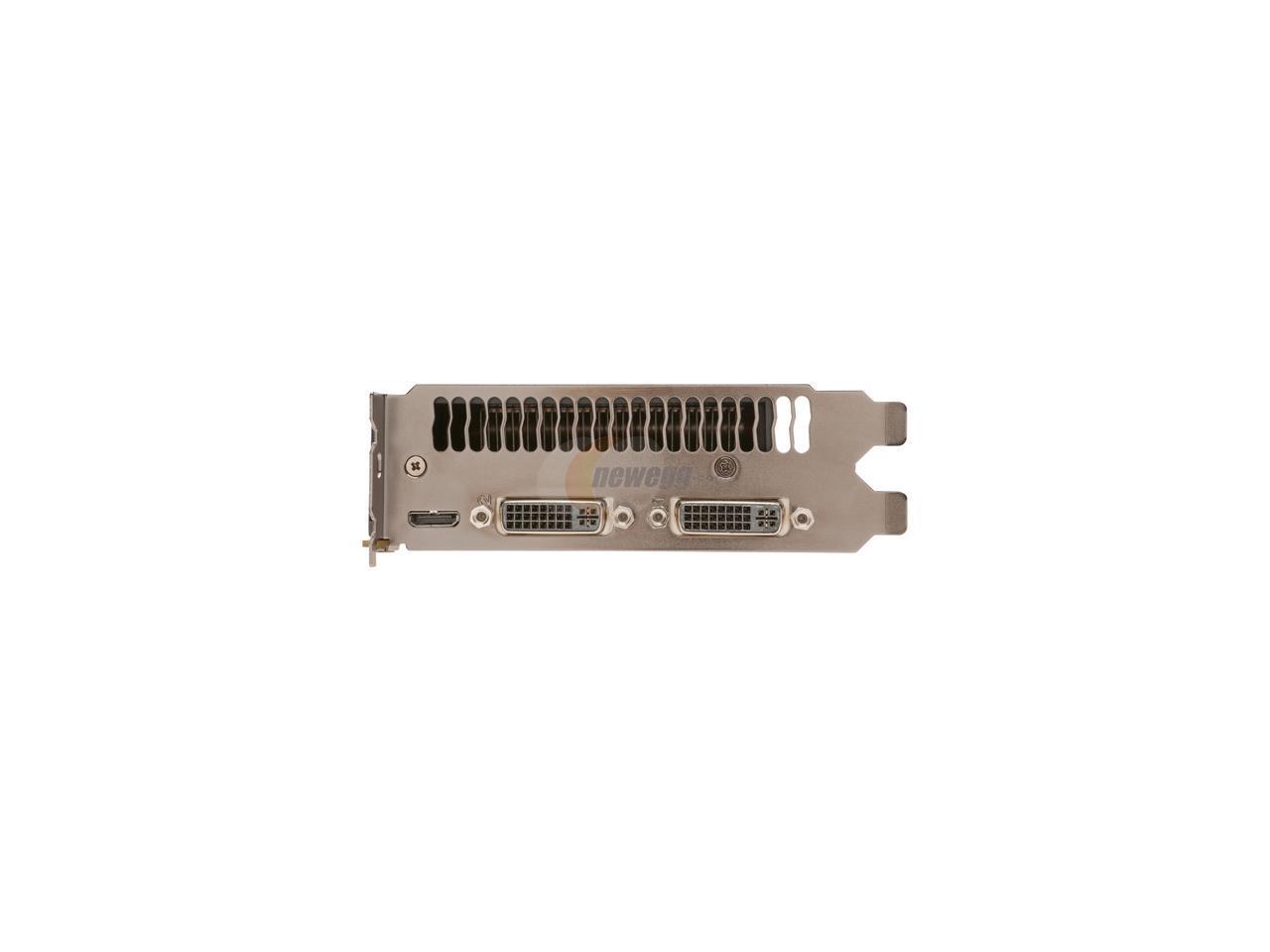 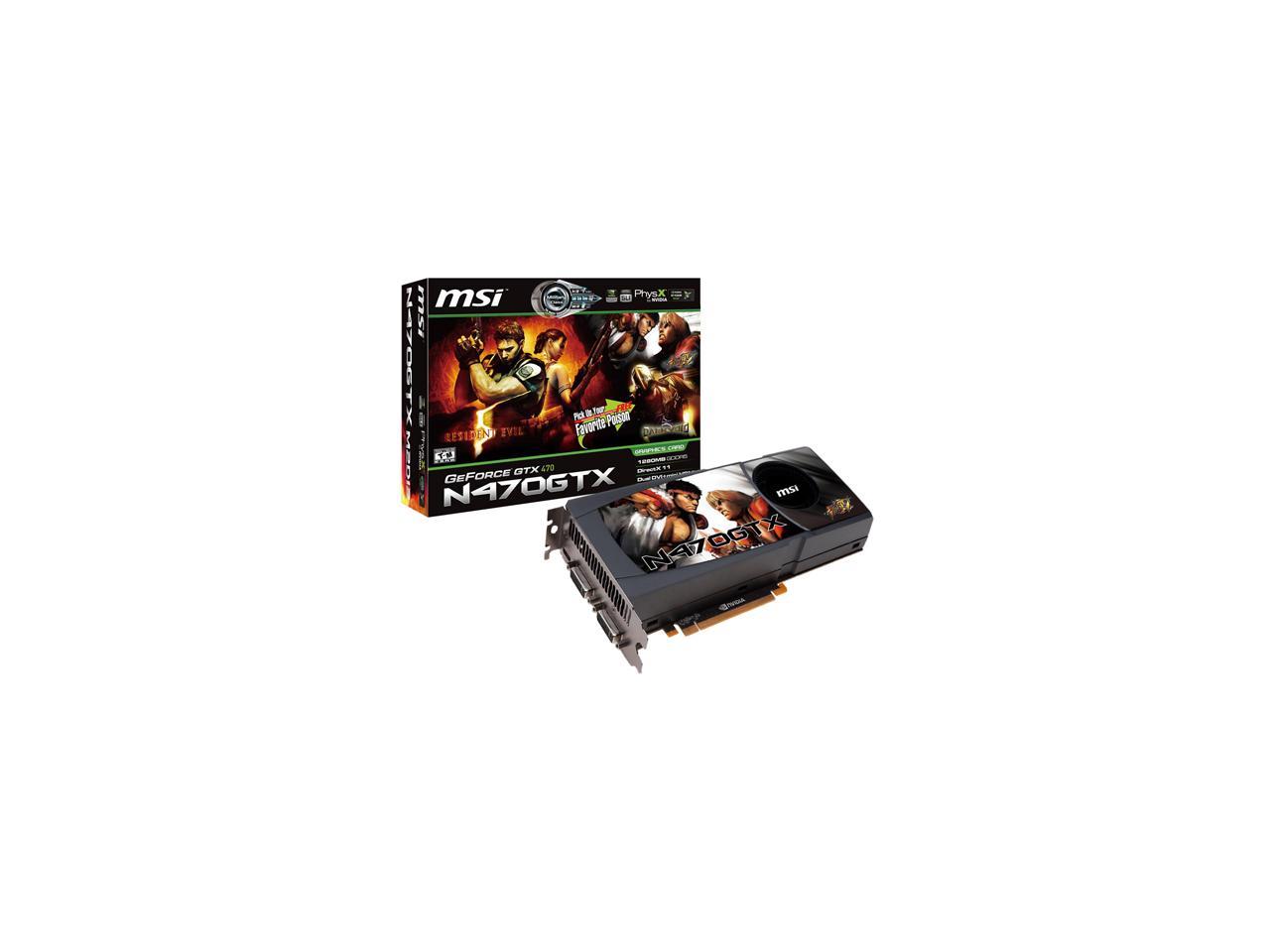 Pros: - Wicked fast - Fan is powerful yet sleek - I'm pretty sure the thing is bulletproof. It's run everything I've thrown at it without a stutter (DX10 games on highest settings at 1920x1080. - MSI's Afterburner software makes overclocking and fan speed set up so easy - Installation of drivers and hardware was a breeze. No compatibility issues, no headaches. Finally something that really is "Plug and Play." - As Future proof as PC hardware can get (DirectX 11, PhysX, 3D Vision support, and tessellation optimization)

Cons: - Can't run 3 monitors at once off the single card like the new ATI cards can. - No matter what I do, I can't get it to make me dinner and as amazing as games look on this monster it is hard to pull myself away from a gaming session to cook.

Overall Review: Make sure you have a power supply that can handle this beast. It requires a 550W supply with at least 38A on the 12V rails according to the documentation in the box. The card requires 2 6-pin power connectors, though it comes with 2 adapters to convert 2 12V plugs to 1 6-pin. I'm going to upgrade my power supply because it comes in just under the requirements (32A on the 12V rails and only has 1 - 6pin connector) and that makes me wonder if I'm not getting the full potential of this card. If I'm not getting the full potential and it still has more to give, I don't know what could possibly take full advantage of the card. The bottleneck on my system now is my hard drive. So sad. Windows 7 Professional Core2Quad Q6600 8 gigs of DDR3 RAM Nvidia GTX 470 SATA II HDD x2

Pros: Temps are not out of control with fan at 65%. Handles pretty much any game I have thrown at it, BC2 Looks awesome with it. It's a great card!

Cons: MSI Afterburner is showing the wrong clock info, that's about it for cons.

Overall Review: The fan really is not loud until you hit 70%, but it's well worth it. I already oc'd this 100mhz without any issue. Will go for more when I can read the correct clock aka afterburner being updated (Jan was the last update)

Pros: I love this card. Running an i7-930 oc'd to 3.7ghz, dual 23" widescreen monitors. The performance is wonderful.

Cons: It's probably just me but I cant seem to get a profile I like for fan speeds based on temps. So it may be using a bit too much power and thus costing me more long term. The postcard promo inside the box to get a free game choice from NZone.com (Nvidia) was not being accepted at the NZone website. Customer service is horrendous in responding to fix such a simple issue. Nearly one month later and still the only responses I have received are "we're investigating this". And forget phone service. After being transferred to three different people, then being told to call "x" then "y", then Y tells me to call "x" back, then "x" the Nzone.com store tells me they only handle online purchases, (oh wait this VC was an online purchase, the attempted game download was an online purchase) what part of the english language do they not understand?

Pros: Its plays almost all of my games on Max settings. DX 11 looks sweet.

Cons: It does get a little hot. But if you mess with the fan settings you can keep it around 60C underload. It dosent play all of my games at max settings. When I max out metro 2033 I get about 14fps in some spots I avg around 30fps.

Overall Review: I just bought the Nvidia 3d kit so I think Im going to buy another card just because it cuts your FPS in half.

Pros: The MSI N470GTX replace a GTX260-216 which went to a new built for grand kids. Installed is simple and After burnner and Kombustor tested the stability, heat, noise level. This GPU performs as advertize, I have no issures with running directX (9-11) games on high setting (OC'ing not needed). Bought this GPu from Newegg for $269.00 with a $30.00 rebate, still waiting on rebate, which should net to $239.00, I am very statified with this purchase.

Cons: No Cons at this time, waiting on rebate

Overall Review: Install this card in Antec 900, Winn 7-64 Bit Thermaltake 850 power supply, EP45-UD3R main bd, E8500 CPU(OC @3.8) and Zelman CPu heat sink, 2-1Tb hard drives , DVD burner and ATI Wonder HD750. This is the third GTX in this Antec 300 case and I have not had any problems with heat/noise issures. I suggest that you make sure your case has good ventilation and you should be able to use any brand/type GPU. I am an Old-G, building pc's sinse 1985

Pros: Just plain fast and smooth. MSI Afterburner works great to keep the balance between heat and fan speed. MSI has the best price for a 470.

Overall Review: Replaced a GTX 295 with the GTX 470. I purchased two 470's but currently only have one installed. One GTX 470 can handle itself very well compared to the GTX 295. 3DMark06 and games show about the same results as my GTX 295. With the wonderful GTX 470 scaling, I am sure to see a major boost in SLI. I will update the review when trying SLI. Now to the topic of heat and fan noise. To be honest, using MSI afterburner with the fan on auto/user define works great. It automatically sets your fan speed % exactly the same as your heat. Example = 64 celcius = 64% fan speed. Idles about 42ish and under load about 80 celcius. The fan is not too loud. I tested a 5870 with the fan @ 100% and it is much louder than the 470 @ 100%. Next topic = water cooling. I am waiting for my water cooling parts before setting up my SLI. I contacted MSI in regards to warranty and a third party cooler. MSI stated that it would NOT void warranty as long as you do not physically damage the card during the process.

Pros: Very powerful. Paired with an OCd i3, can run Metro 2033 at 50+ frame rates. Mostly 60FPS, but it does dip (i blame the i3) Folding Powerhouse, getting 15k PPD @1530 shader. I love this card. Nice and small, seems a bit shorter than my 260, which was surprising, but now i have more room in my mATX case. Runs Crysis maxed at good fps too :P

Cons: Runs somewhat hot and noisy with stock cooler. NO WHERE NEAR AS HOT OR LOUD AS I HAD EXPECTED. Im still happily upset about this. Fermis may run hot, but not hotter than anything that has been out before. load temps @80C while folding. @75% fan.

Overall Review: USE MSI AFTERBURNER!!! And make a custom profile for the fan, it is very worth it. Your 470 will thank you. I had been getting 95C+ load temps, but fan stays at 40%. now it increases with temp, as it should, as well as AB is great for overclocking. Also, dont make the same mistake i did, dont waste the nzone key on RE5. it is a broken game.

Overall Review: I gotta take my dog for a walk.