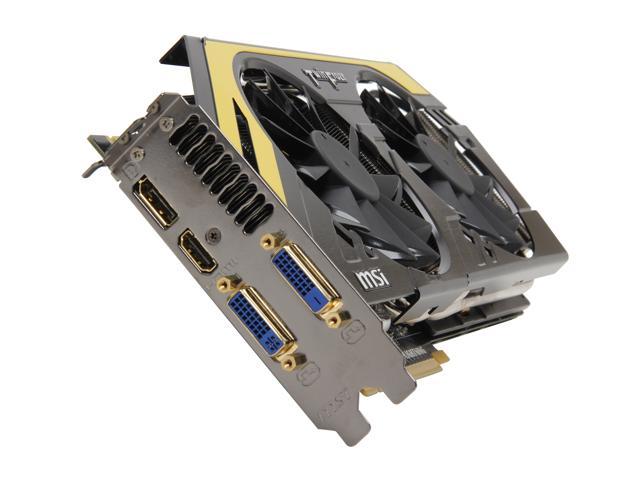 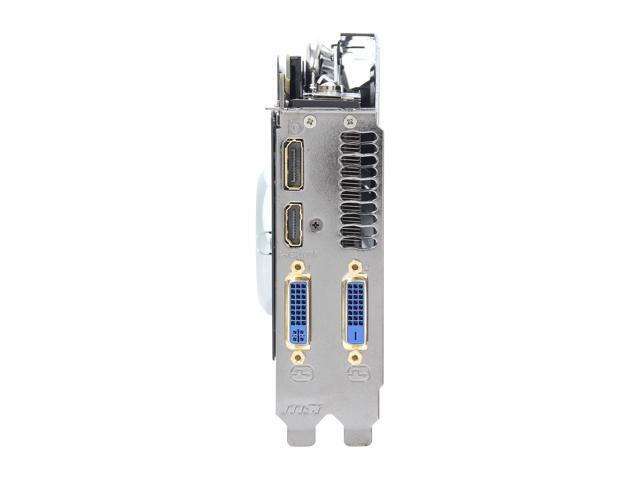 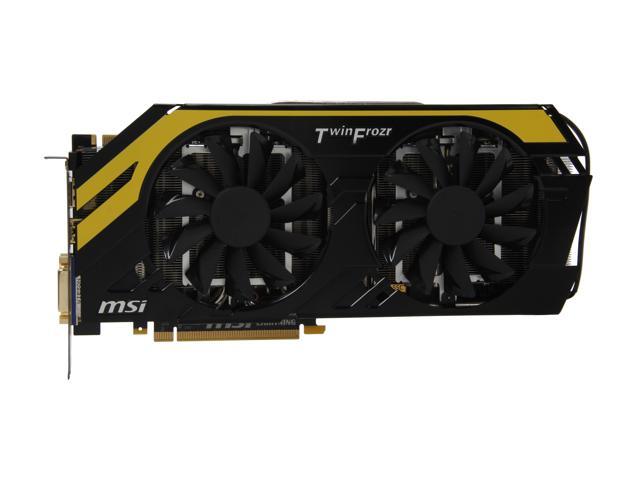 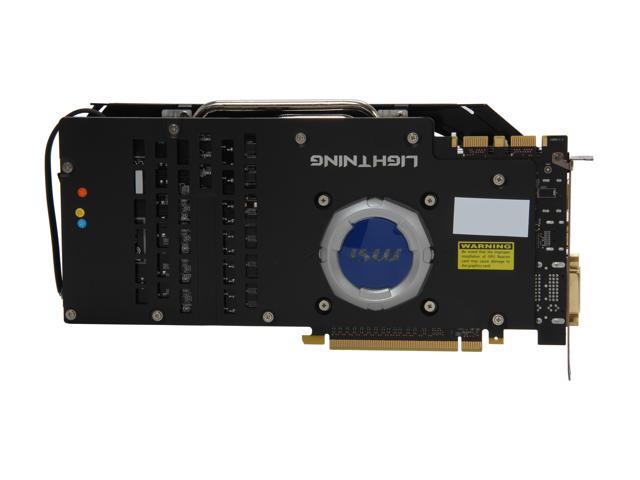 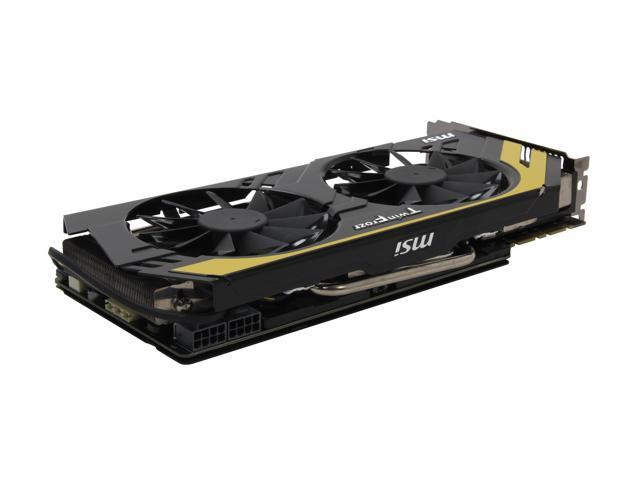 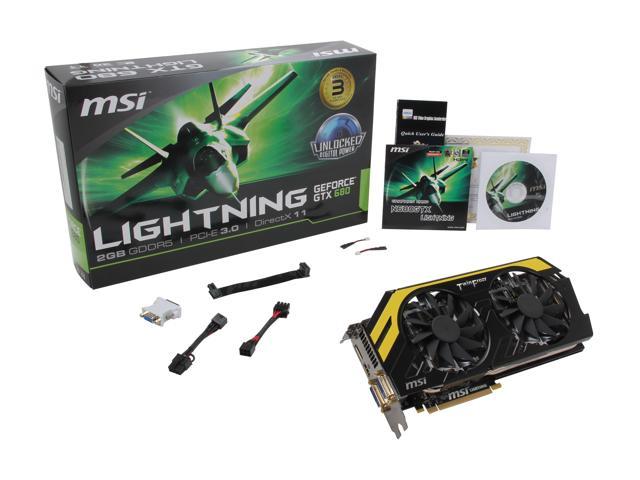 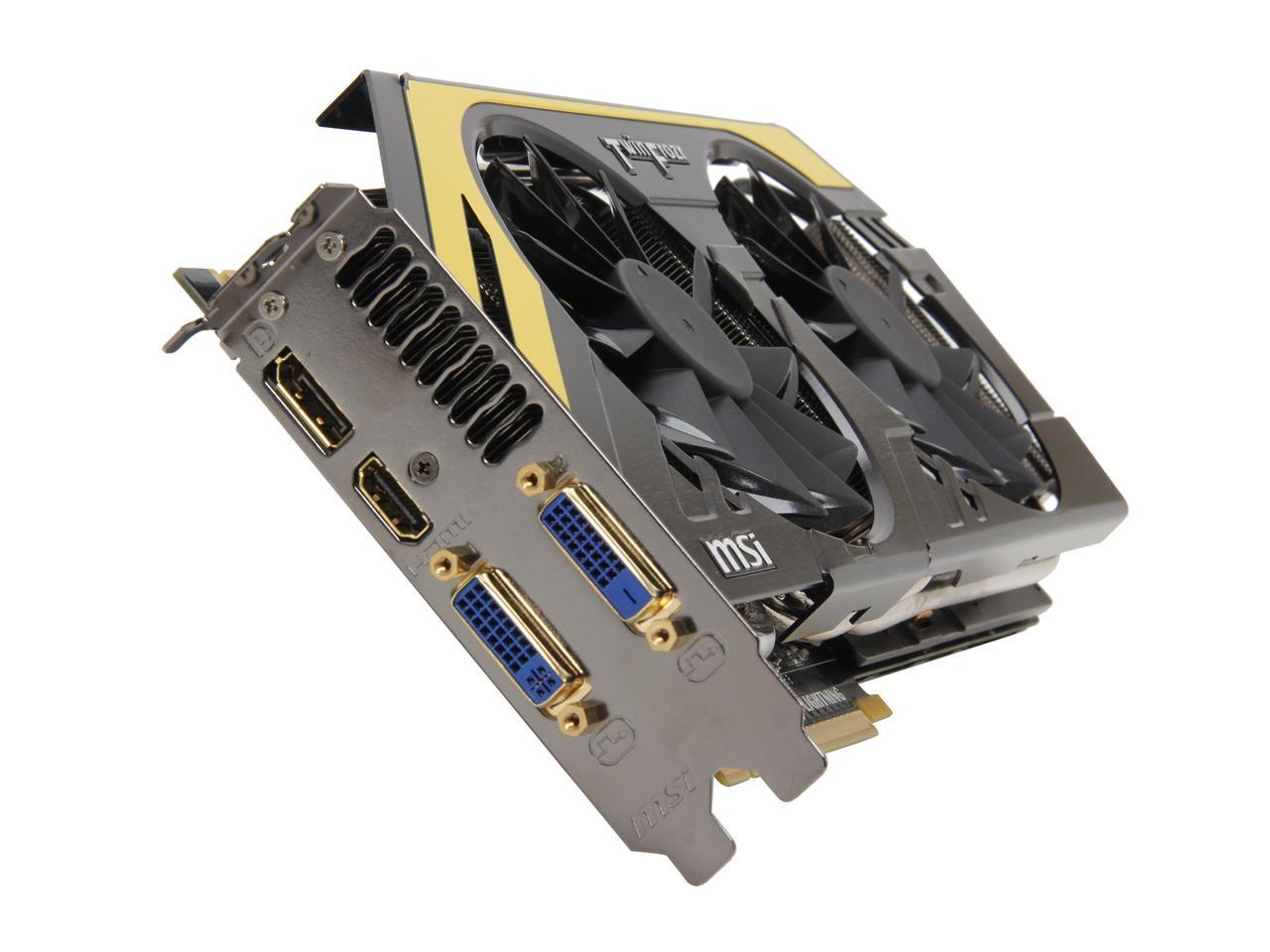 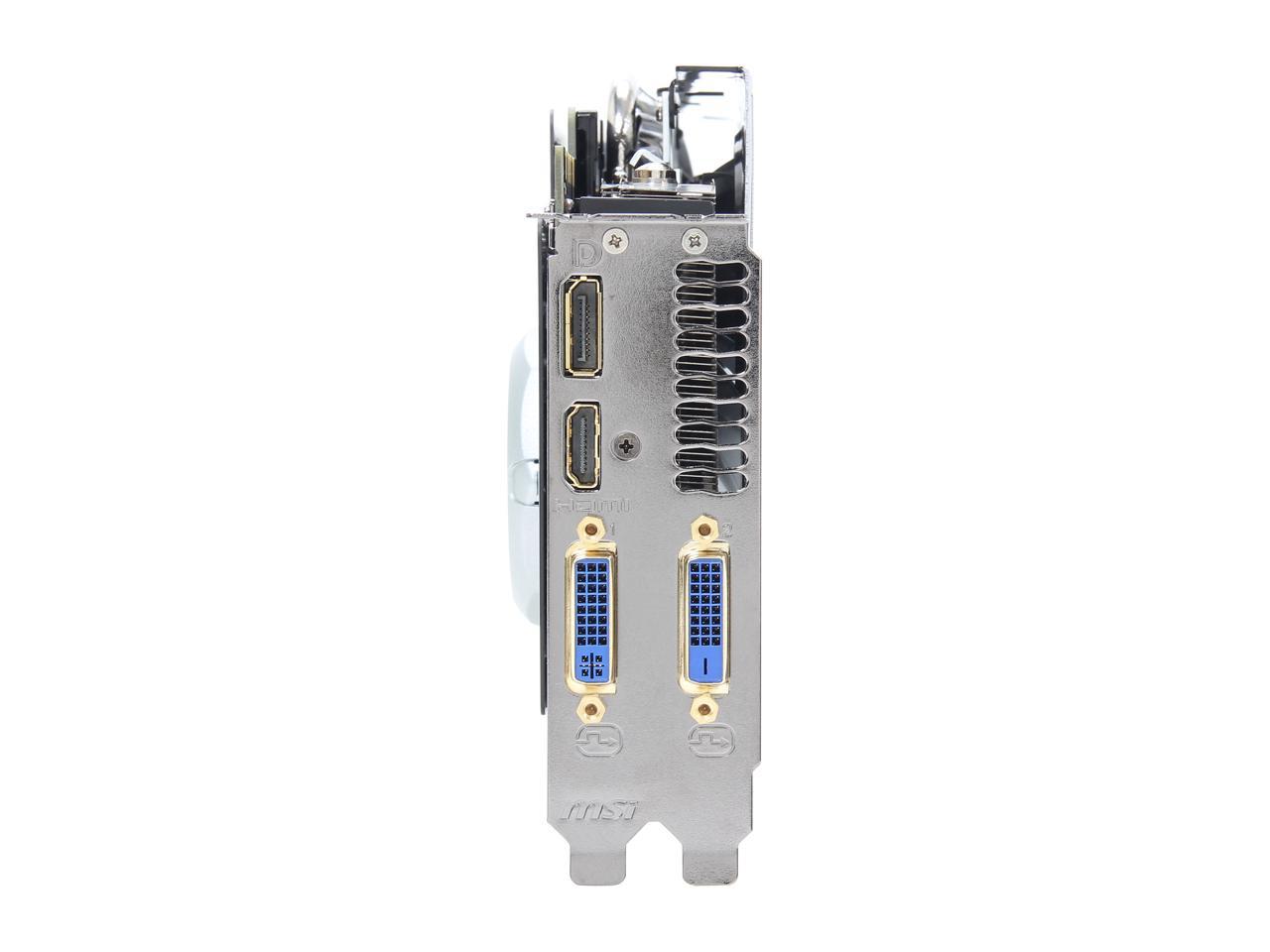 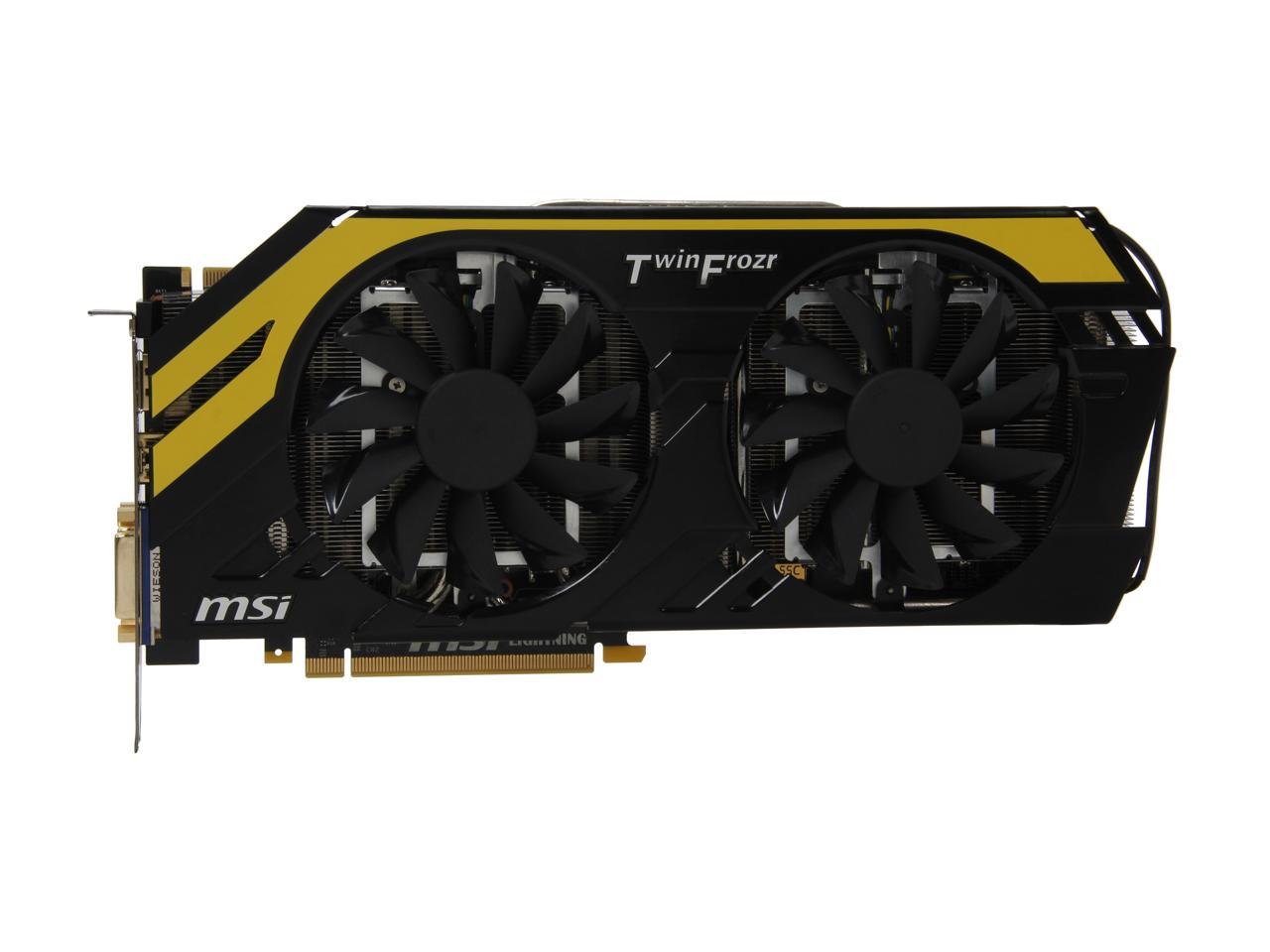 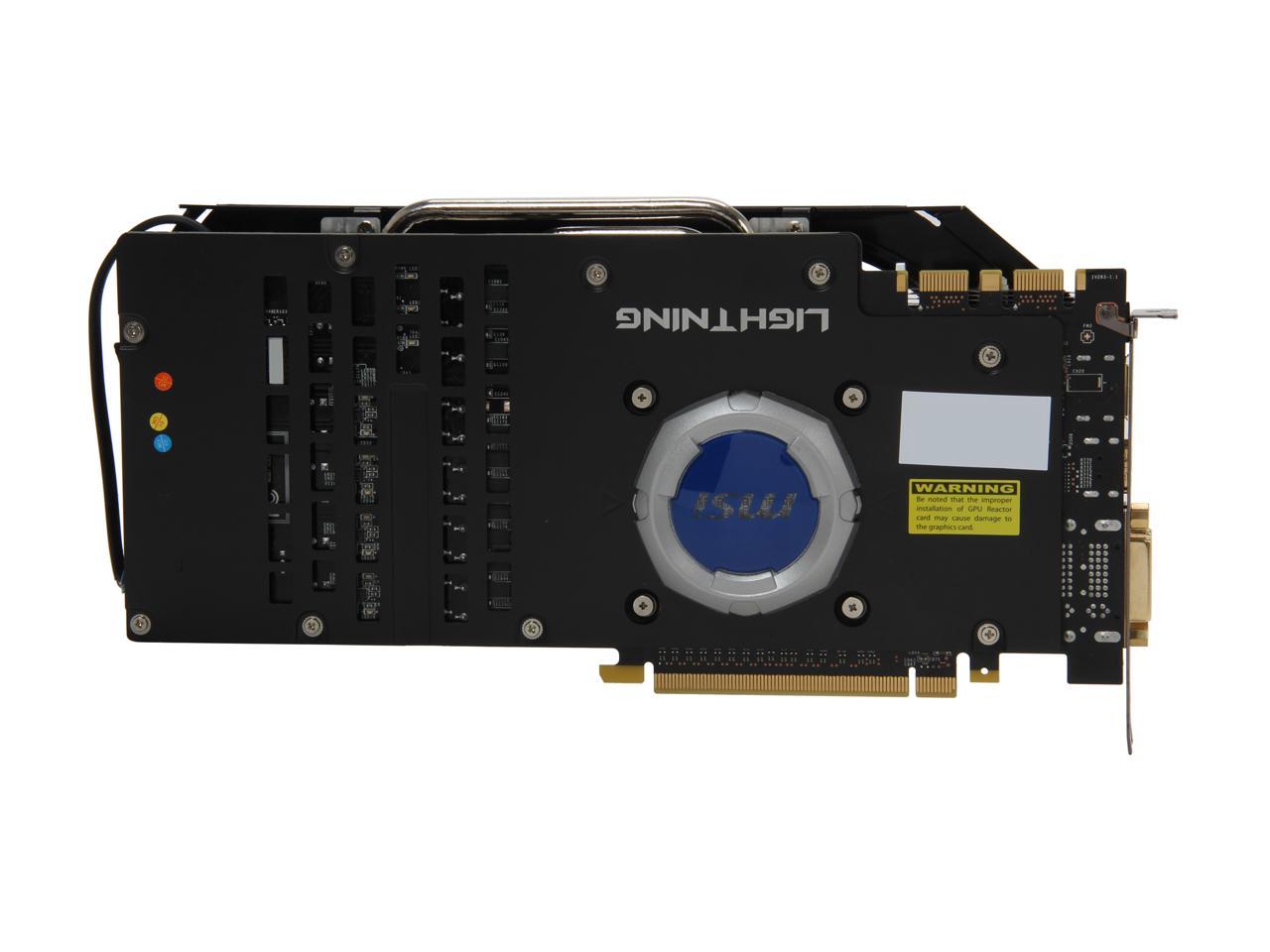 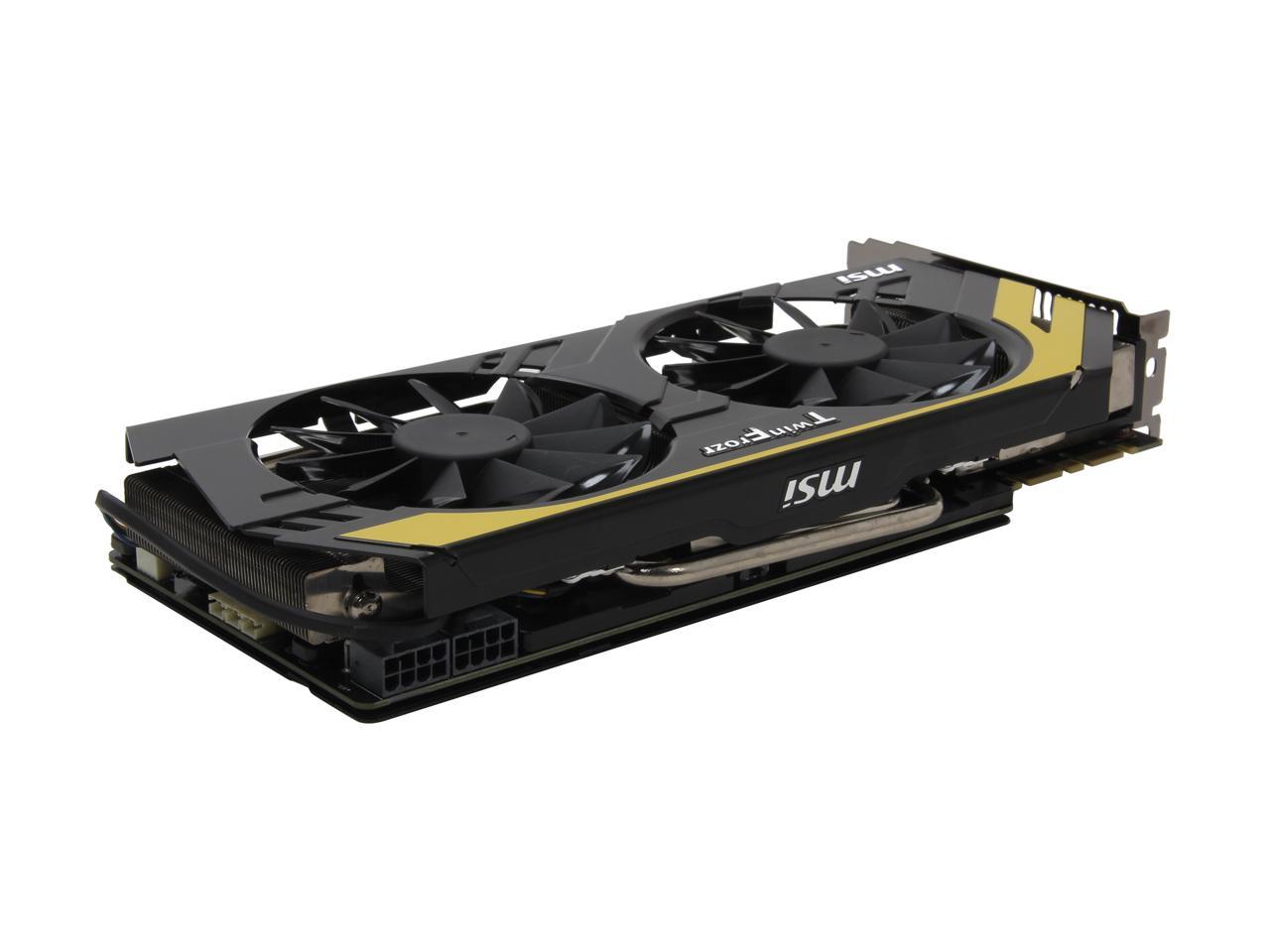 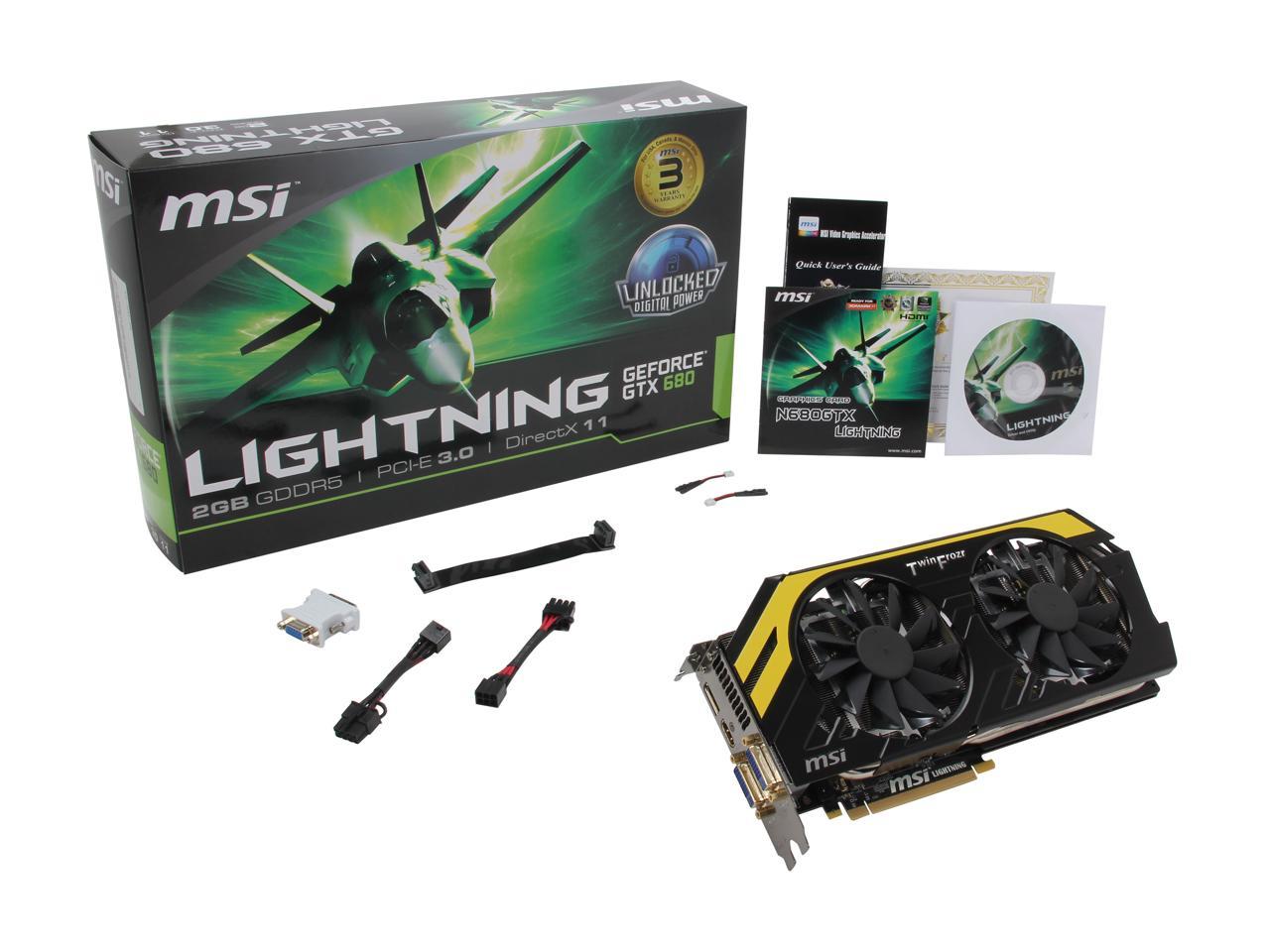 
N680GTX Lightning, the new king of the graphics card world equipped with the NVIDIA GeForce GTX 680 GPU. The GTX 680 utilizes exclusive Unlocked Digital Power architecture to unleash the full performance of the graphics card without any extra modifications. The innovative unique GPU Reactor power supply back plate also reduces power supply noise and improves overclocking stability. The GTX 680 Lightning is kept cool by the Twin Frozr IV cooling solution with Dust Removal technology, dual temperature-controlled fans, and SuperPipe. When compared to the reference board, temperatures are reduced by 16° and noise is lowered by 6.7dB, thereby providing optimal balance between thermal and acoustic. The MSI GTX 680 Lightning uses Military Class III components which have been rigorously tested by an independent laboratory to deliver extreme stability during overclocking. The 3x3 OC Kits, designed specifically for overclockers, are also the perfect tool for monitoring graphics card status. As the newest flagship graphics card, the GTX 680 Lightning offers advanced unique design features which deliver unparalleled performance, cooling, materials, and software applications to satisfy even the most hardcore professional overclockers.

Bradley A.
Ownership: 1 week to 1 month

Cons: Afterburner that can control voltage still not available. A full coverage water block probably will not be made. GPU-Z does not read clock speeds correctly.

Overall Review: I have used 7 different GTX680 cards and this one is by far the best one so far. Some say the fan is noisy, I do not think it is. I guess some ppl want total silence. Reality is air cooled high end GPU is not going to give you silence, get over it.

Pros: looks and runs cool but I didn't pay an extra 100 bucks for a cool looking cooler

Overall Review: 1240mhz in the LN2 BIOS is not worth the 600 dollar premium I paid for this and it is not uncommon to get a card that OCs poorly like mine. These cards are not binned and you get from what I hear. I will be RMA'n this.

Pros: Just got this card today. I'm very impressed so far. I was able to overclock the core to 1322mhz stable and working on the memory overclock currently. At this high of an overclock the card idles around 30C and tops out under full load at 62C. Build quality is extremely good. Would certainly recommend to someone who wants to overclock and play with voltage.

Cons: Still waiting on the afterburner release for voltage adjustment. The memory overclock seems to be a little iffy at best.

Overall Review: The LN2 BIOS actually allows the card to run at 1.255 volts on the card. This is measured directly from the card via the voltage check points. The LN2 BIOS also allows the power target to hit 200%. I came from an Asus GTX 680 TOP and it seems to be a worthy upgrade so far. Will be more so once voltage is unlocked. It by far cooler but about the same noise level and all in a two slot design so Im very happy.

Pros: MSi Lightning, just makes me feel good. It's perfect for someone with a general knowledge about Computers, etc. It's Easy to Install; Afterburner is the best Graphic Card software on the Market. There is a Noteable performance upgrade over the GTX 580 LTG (Prev. Generation) I love the New Backplate that Msi built into the New Lightning. And the Card looks, feels, and screams HIGH QUALITY. Runs extreamly Quiet, and Cool, even under load.

Cons: Had to reinstall Afterburner, as it did not properly recognize a Graphics Card upgrade from the 580 to the 680, but no Big deal.

Overall Review: I love good quality things, and this is one of those products, that looks great, performs great, it's easy to use, and even though I spent $599 on it, I feel like it is jam packed with features, and benefits. Peace of mind with a 3-year Warr makes me feel good too. When I look for, pr talk about graphics cards now, I think/talk about MSi Cards only, I think I just love and trust thier Lightning product line.

Pros: Can't say enough great things about this game shredder! I read every review and comparison tests for months. Hard to justify replacing a fairly new Gigabyte GTX570 O.C. already. Just built new Gamer. This card is Perfect for the MSI Z77 MPOWER MB!!! BIG BANG, Black & Yellow matches perfect. That's just a bonus. The reason behind it was the performance. (Runs 1202Mhz) right out of the box. Don't know why it's under-rated at 1176Mhz? The blue LEDs ate a nice touch. Two roes on top. Five light at idle, then all 12 when game loads and jumps from 1110Mhz to 1202Mhz. Temp stays down around 36°c with everything maxed. This is my 5th gamer build. First time I used MSI, and don't think I'll ever use anything else again. Flashing BIOS was always nerve racking before. With LiveUpdate5, just click Download & Install, and done. MSI SUITE and all the programs MSI created to make everything plug n play are a necessity now. Dual BIOS switch, AFTERBURNER, Quiet, simply the Best

Overall Review: All the numbers on the 680's are so close. This card runs at 1202Mhz stock. Voltage & everything can be unlocked for overclocking. I don't plan on O.C.n at this point. Just made sure it would. Running CoD Black Ops 2 on 24" LED, everything maxed & running steady over 200fps. Hit 380fps in single player. The L.M.G. on rapid fire with air strikes and everything happening at same time, never drags down. That's the only hit the old GTX570 would take. Sometimes would slow down. Internet could be better, but definitely see gains with this 680 over 570, worth $500. Four of us got different 680's, they're returning and getting mine. If anyone is building a new rig, I promise the MSI MPOWER Z77 MB & this Lightning work together & look better than any combo out there!!! H100i with Blue LED above card's blue LED looks AMAZING! Add Samsung PRO SSD 258Gb, WD Blk 1.0Tb for everything Except games, Enermax 1250w, i5-3570k 4200Ghz default o.c. with this MB. Corsair 600T, Perfect case, window & grill.

Pros: Beautifully designed, quiet at stock / auto settings, great overclocker. For hardcore tweakers out there, this card is a dream - has multimeter connections, gpu reactor, and dual BIOS (which isn't standard on GTX 680 cards). This card is designed for extreme enthusiasts who want to push their cards. This card also promises software voltage manipulation which the reference 680 does not offer - it is apparently in the works with an upcoming release of MSI afterburner (and will only work on MSI lightning cards)

Cons: Kinda expensive, but to get the best you have to pay for it. This card is also substantially cheaper than the EVGA classified which requires an addon to change voltage.

Overall Review: Have been a big fan of MSI lightning cards for some time, and this one does not disappoint at all. Great overclocker, but you need to know what you're doing before proceeding. If you do, then this card will be a keeper.

Overall Review: If you want overclock this baby and have voltage control, make you sure that your BIOS models are this: 80.04.09.00.F7 (non-LN2) 80.04.09.00.F8 (unlocked LN2) nVidia still shipping BIOS with LN2 an non LN2 option, but in both cases the voltage control is locked. You can check the BIOS model with GPUZ or Afterburner in the information tab.

Pros: If you know anything about the new (or not so new) nVidia 680 GTX chip, then you'll know just how powerful this card is. Build quality is excellent. I really like the look of the card. The circuit board is reinforced so no bending at all. Almost twice as fast as the MSI N460GTX Hawk that it's replacing. Barely fit my mid-tower case, too. Had to install it at an angle. Loud when booting, when it runs its fans in revers to remove dust but very quiet when idling. Haven't gamed with it yet. Uses on avg 10-15 Watt more while loaded (benchmarking). At idle uses 2-5 Watt more than my old GPU. Plenty blue leds on the back. The reactor's leds are too bright, I can't even make out the MSI words. But that's just an observation. Fits in the first slot of the Asus Crosshair V Formula MB. There was some concern that the GPU's 'reactor' would touch the MB's heatsink around the CPU but there's enough clearance.

Cons: There is one con. On the connectors bracket, at the top there are two screws. There is also a screw in the center of the bracket which, properly, does not stick out. Unfortunately, the two screws at the top of the bracket do stick out and I had to remove one to be able to mount the GPU to the case. Took me a while to figure that out too. The screw is not really needed, but it, as well as it's neighbor screw, should have been level with the bracket itself, which is the case with the center screw.

Overall Review: Would recommend. When you hold it in your hand, you feel and see quality.