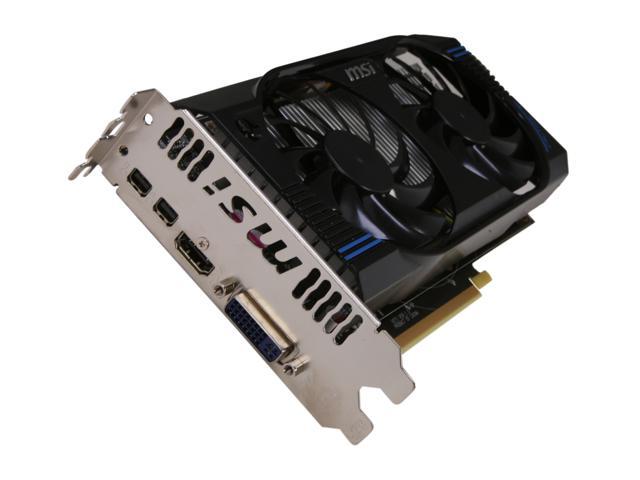 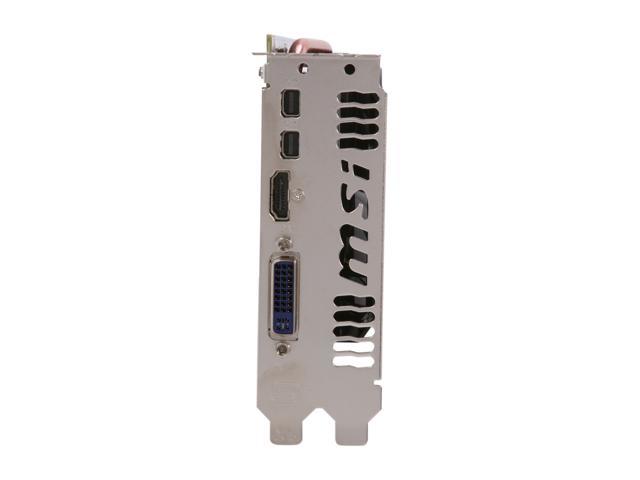 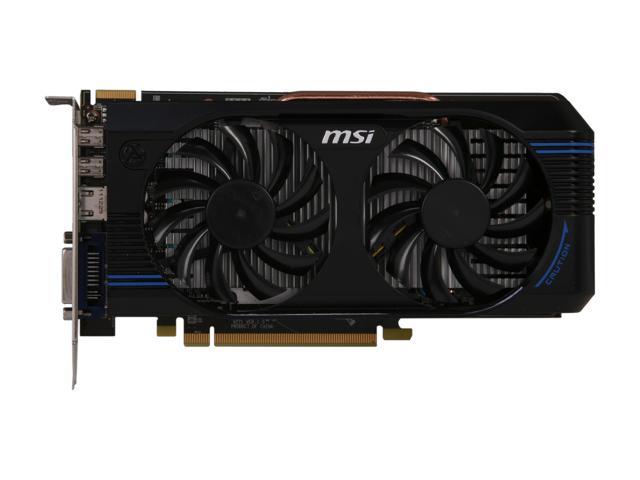 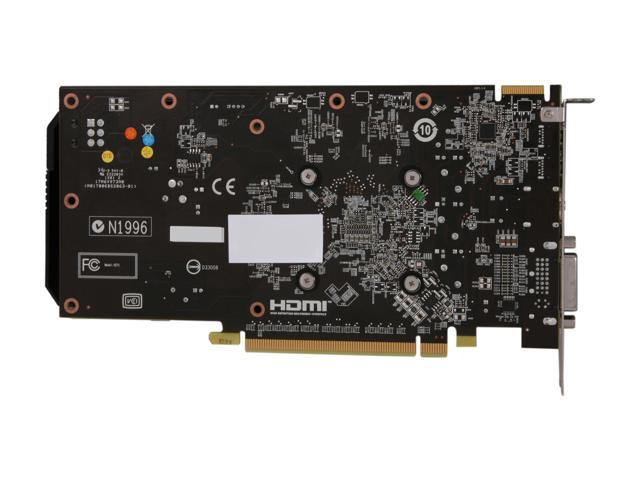 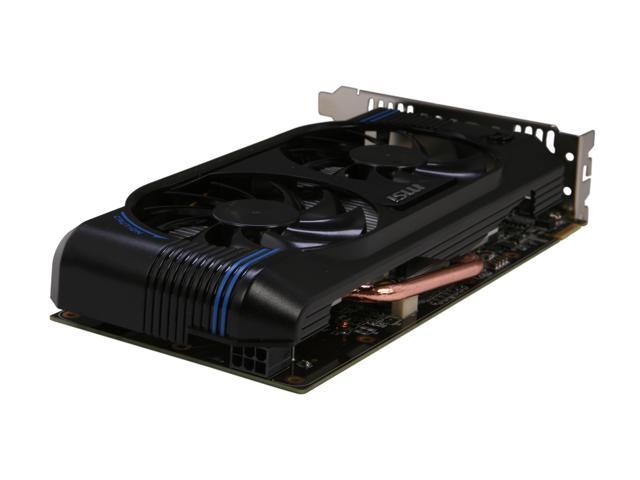 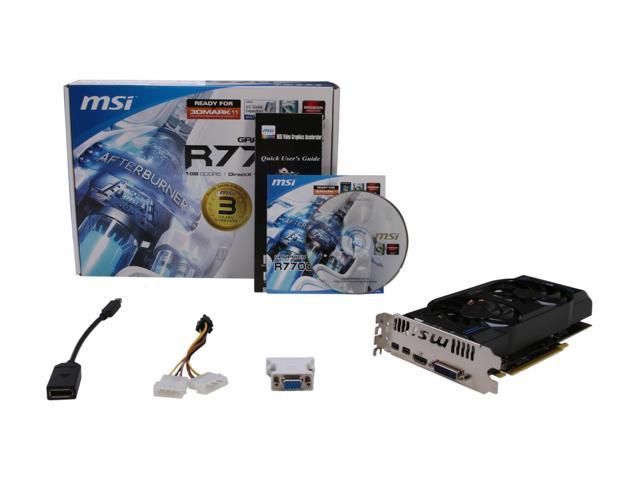 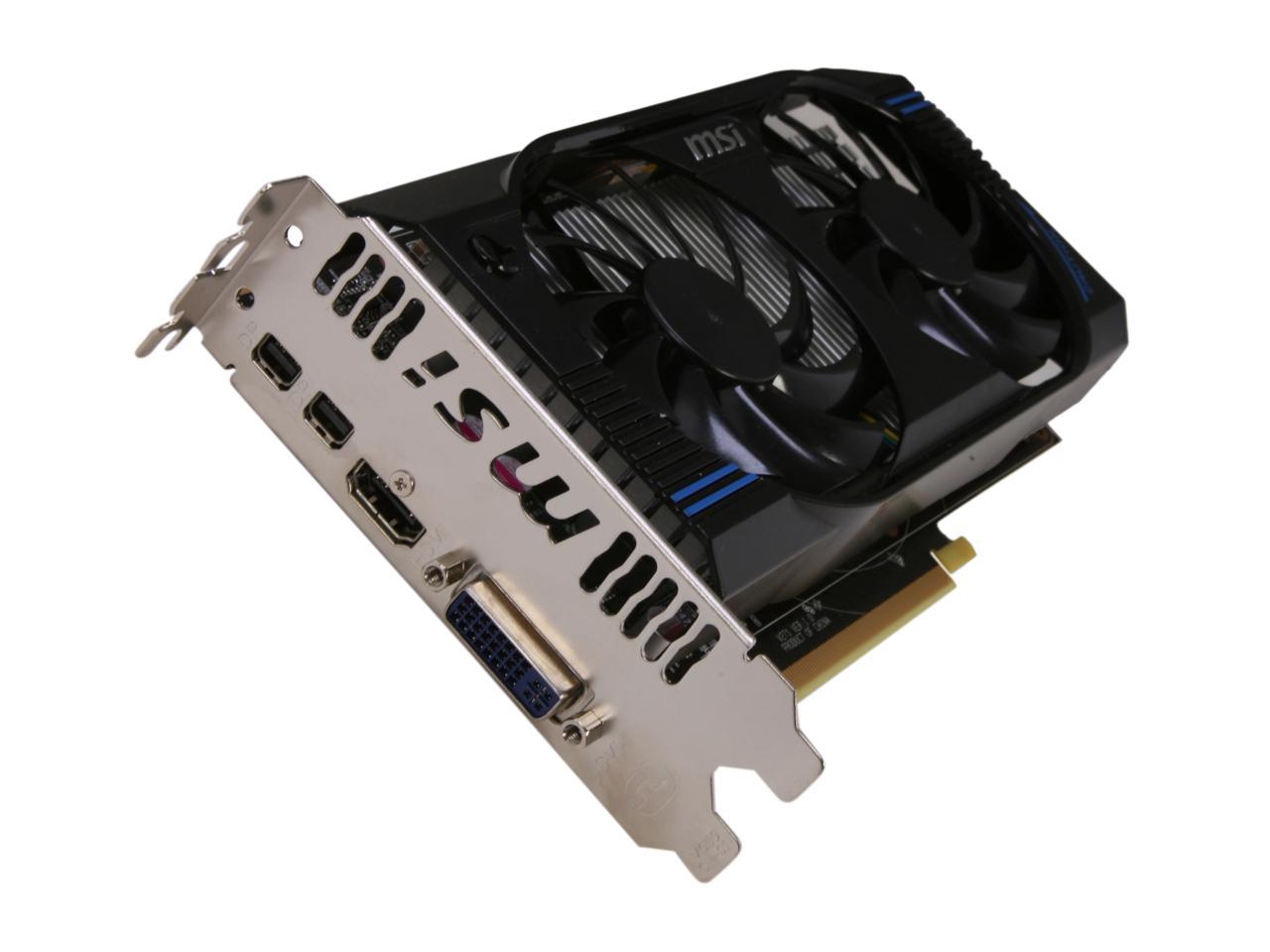 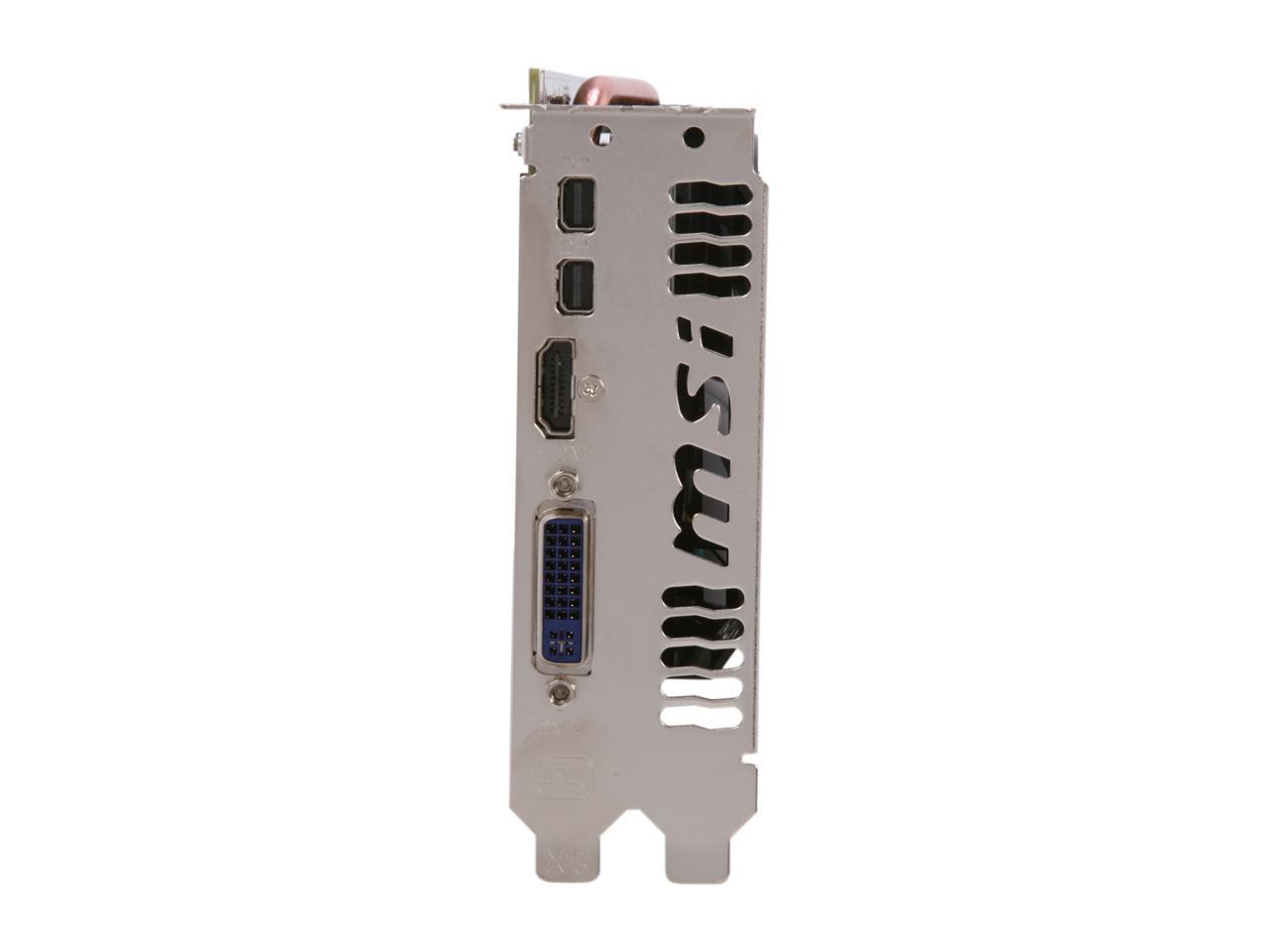 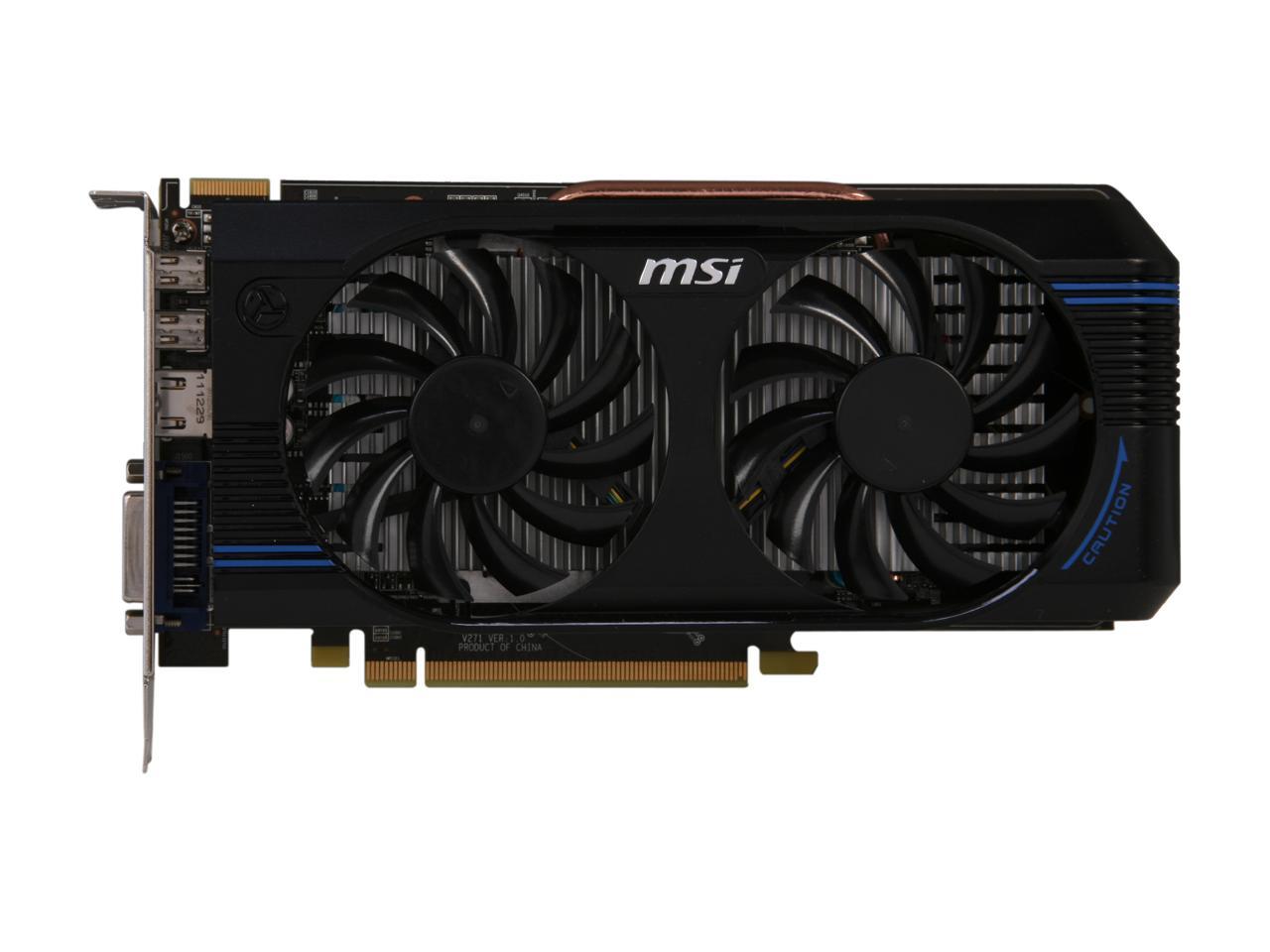 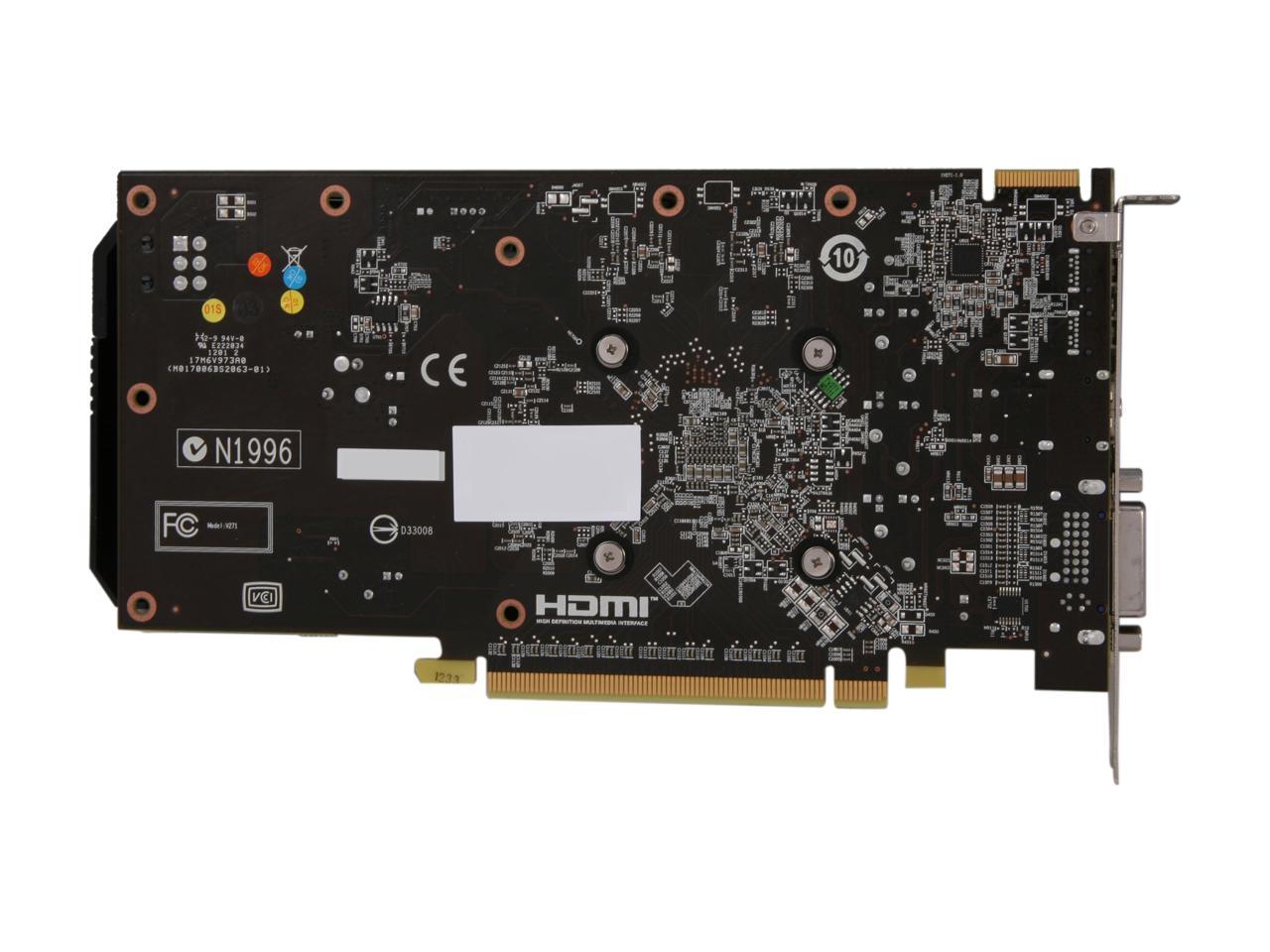 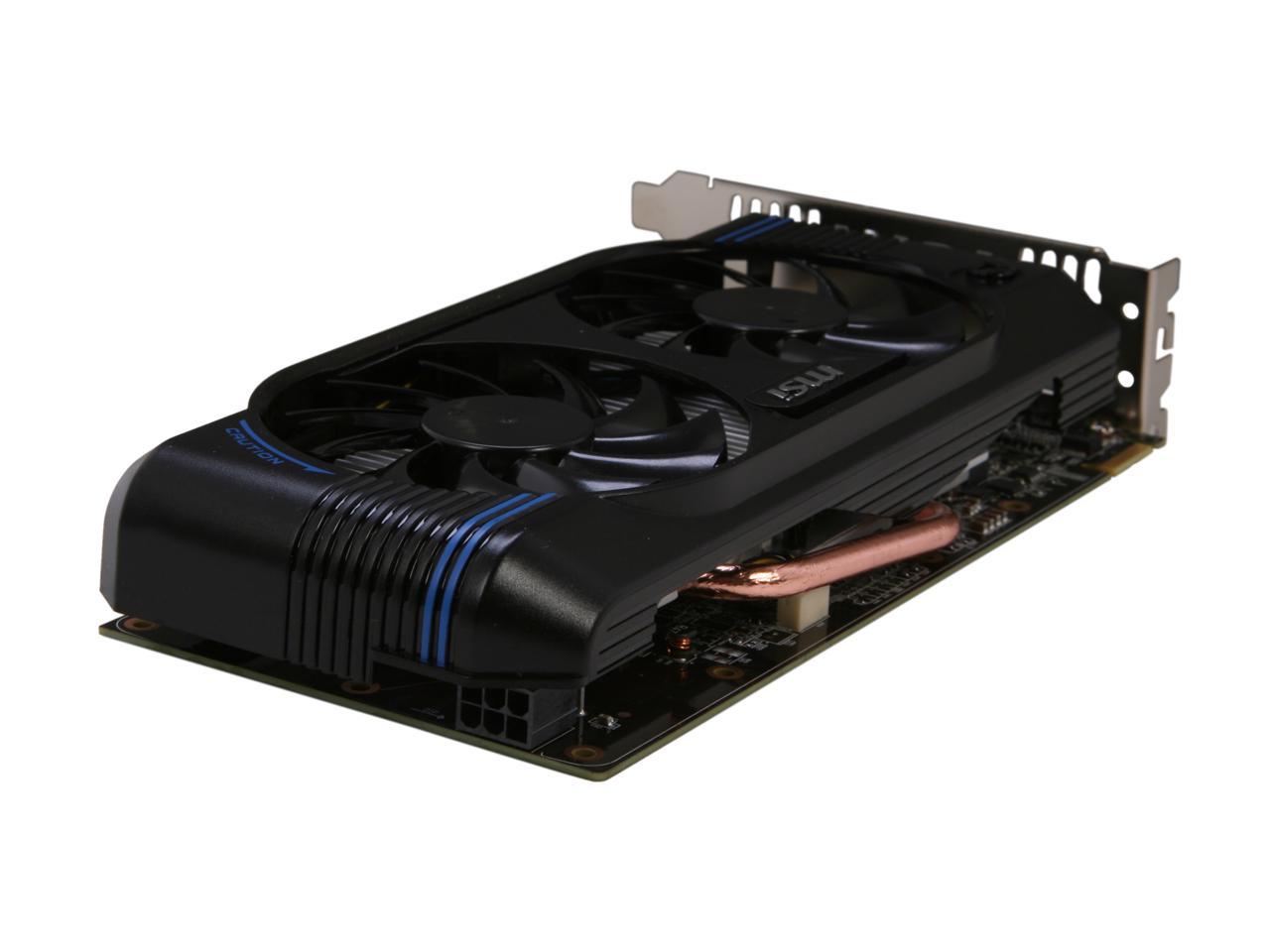 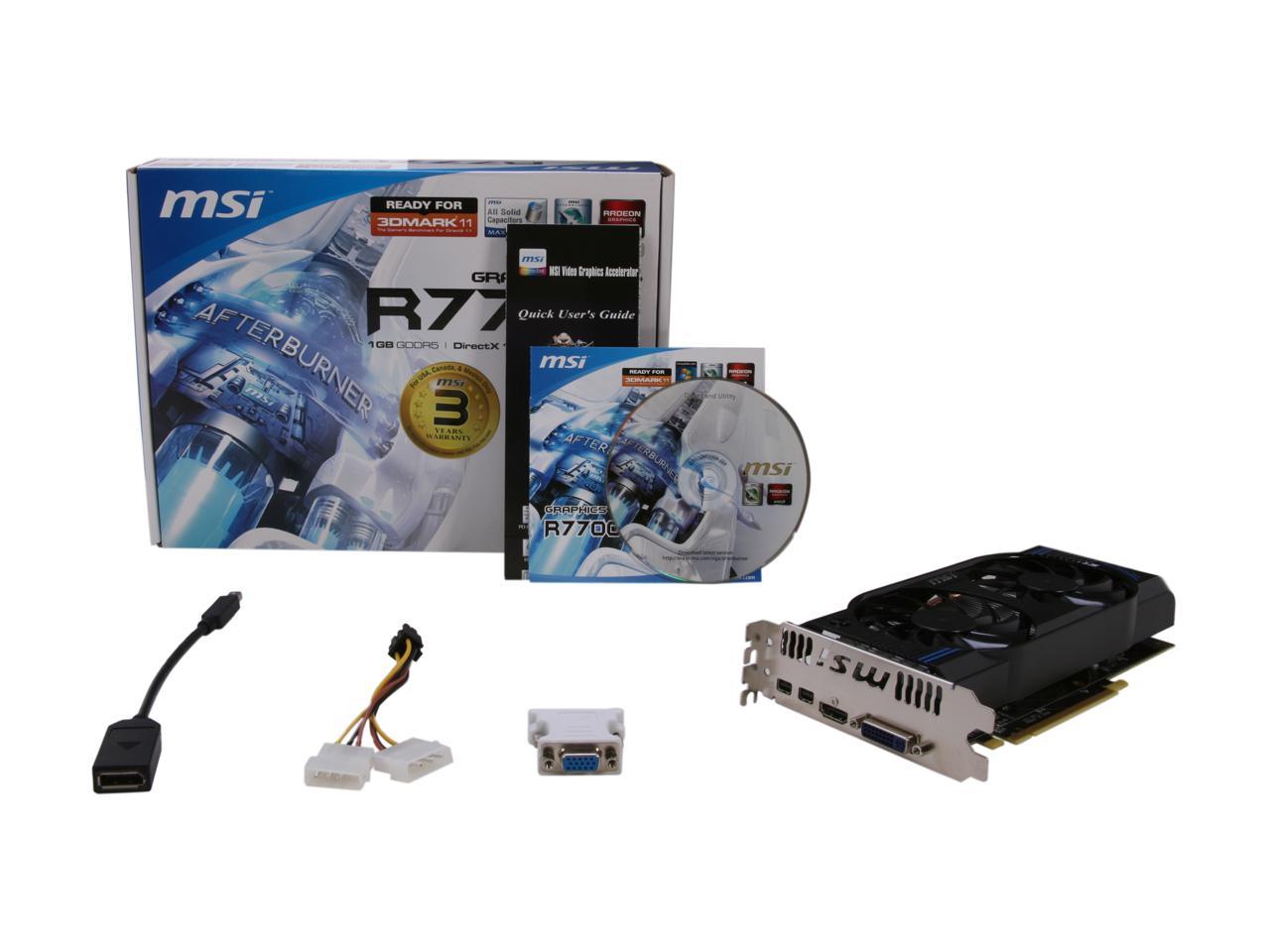 (66) Write a Review
OUT OF STOCK.
Overview
Specs
Reviews

Bring your games to a new level with amazing visual brilliance and environmental interaction like never before using the MSI R7770-2PMD1GD5/OC graphics card. Based on the cutting-edge 28nm GCN architecture, this card is built around 640 Stream Processors and 1GB/128-bit GDDR5 memory to deliver a performance punch in the hottest game titles and demanding applications. The breakthrough 1020MHz Core Clock pushes the performance potential to the new extreme. And along with an array of advanced display technology such as AMD HD3D Technology, AMD Eyefinity 2.0 and Anti-aliasing, the MSI Radeon HD 7770 offers you more than one way to elevate your gaming experience.

Milton B.
Ownership: 1 week to 1 month

Cons: Box doesn't come with a Crossfire bridge. No others. Quite the opposite, has pluses.

Overall Review: I wondered if the 7000 series was going to be not enough. I installed it in my HTPC, removed an HD4870 and the improvement is awesome. The improved 7000 series firmware in C.C.C is awesome. I was planning on Crossfire, I think one is now enough. Everything is improved, even my mouse movement and it was OK before. I have connected a monitor and an HDTV. I have not done gaming yet, but movies are smooth and using my monitor at the same time is fine, doing it now. The MSI forum suggestions were correct this is a great choice for an HTPC. On a budget this will be great in your gaming PC, even more with Crossfire. I not only chose this model for MSI, I chose it for the type of connectors, not all are the same. Figure out how you plan to connect up and pick connections needed. I had an 'Active' Mini display adapter, I;m connected HDMI to HDTV and mini-port adapter to DVI/HDMI cable to my monitor. Profiles are working great in C.C.C Recommend, YES!

Cons: Somewhat reduced performance with older, DX 9 and 10 games when compared to cards like the HD 6850

Overall Review: The HD 7770 is the best value in budget gaming cards at the moment. Many would say that the HD 6850 offers better performance for the same price, but it also uses about twice as much energy, even at idle, costing $5 to $15 per year more than the HD 7770 in electric. So, the HD 7770 costs considerably less in the long run, while offering performance on par with the HD 6850 for many games (Battlefield 3, for example). This MSI OC version of the 7770 appears to be a high quality card which overclocks well.

Pros: don't waste your money buying the more expensive xfx black edition, this will overclock far beyond that card with just a small voltage increase. running my heavily modded and skyrim and crysis with very high frames.

Overall Review: i've never had a problem with MSI and have bought alot of their gear. good job guys!!!

Pros: Quiet and affordable graphics for light gaming. MSI Afterburner works better than the software I had from XFX. Came in decent packaging that protected it from any damage in transit. Runs fine with a small 450W power supply.

Cons: Single DVI connector means having to use an adapter to hook-up two LCD monitors.

Overall Review: I added this card into my latest machine which is the sixth or seventh computer I've built. I don't play enough games to make a bigger card worth it, but this handles the few I play well without sounding like a tornado.

Cons: I can't think of one

Overall Review: This thing is great. When I first plugged it in and let my computer sleep, it would Blue Screen or get crash/freeze. I updated the driver to Catalyst 12.6 and it fixed the problem. Just putting it out there for people who were/are having this problem. I bought this at the egg ob. The performance is as good/or better than an HD6850, minus about 40-50 watts of power. I have thoroughly tested both the 6850 and this card, the hd7770 puts roughly 40-50 watts less power on the kill-a-watt consistently in all benches. I can highly recommend this card. Would have been great if this card would have 2gb, but 1 more good, can't complain with the price/performance. gg

Pros: works, not a high end card, but it plays games on my HTPC nicely

Cons: Driver support is kinda of flakey at first, so I just used the drivers off the disc( I know first time for verything)

Overall Review: this card is what it is, budget level and kinda of a throw away in year so yeah, but it does have a nice two fan heaksink combo, and their packaging was extremely good

Pros: When it works, it works well for gaming and such.

Cons: Seems to be impossible to update to the latest driver. the only driver that will install is the driver disk it comes with. latest driver crashes. occasionally the driver crashes even on the disk version though when watching youtube usually or sometimes when playing a game. attaching monitors works, but 90% of the time if i dont keep the second monitor on, and then turn it on when i need it, the main screen turns on and off over and over until you fiddle with it, turning them on and off yourself. very much a pain.

Manufacturer Response:
Dear Valued Customer, We apologize for the issues that you are having with this product. If you are not able to install the driver then there is possibly an issue with older driver residue in the OS, or a deteriorated OS. Can you try removing all traces of the VGA driver completely first? Once the system is clean, then reinstall the latest AMD Catalyst driver. If problem persists, then it is recommended that you perform a clean install of your OS. If you have any questions or concerns regarding the product, please do not hesitate to contact us directly at usreview@msi.com and we will be more than happy to assist you, thank you. Best Regards, MSI Review Team | usreview@msi.com