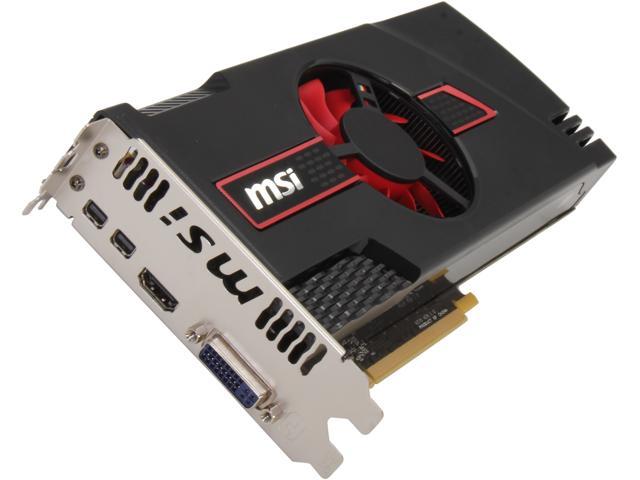 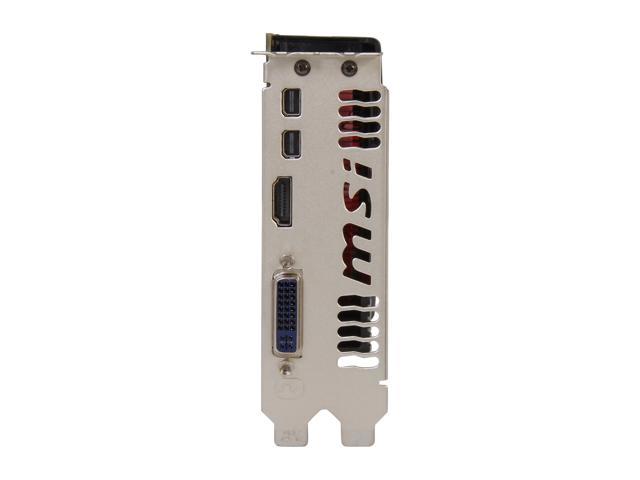 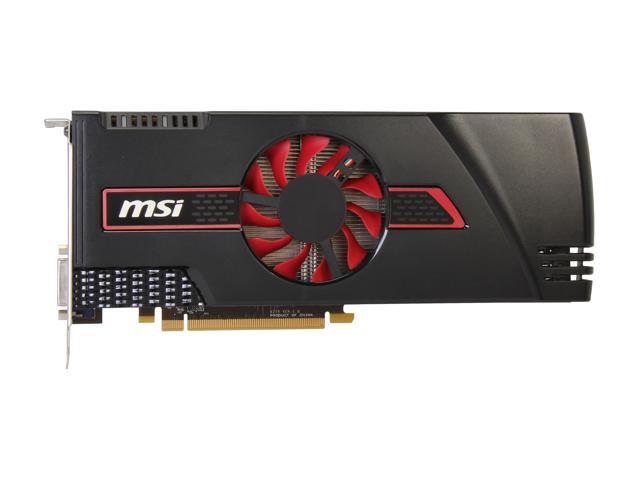 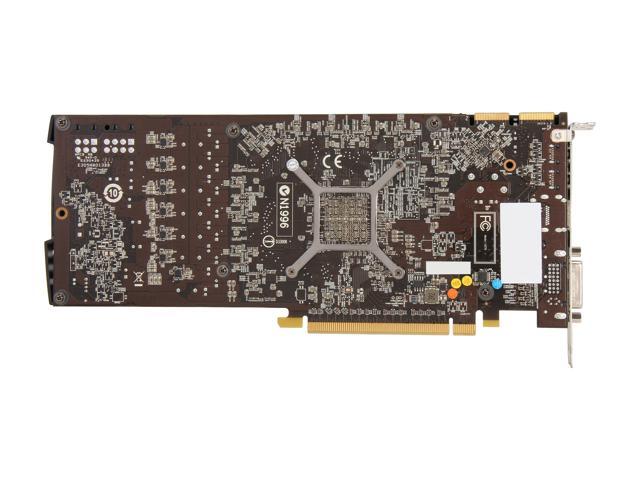 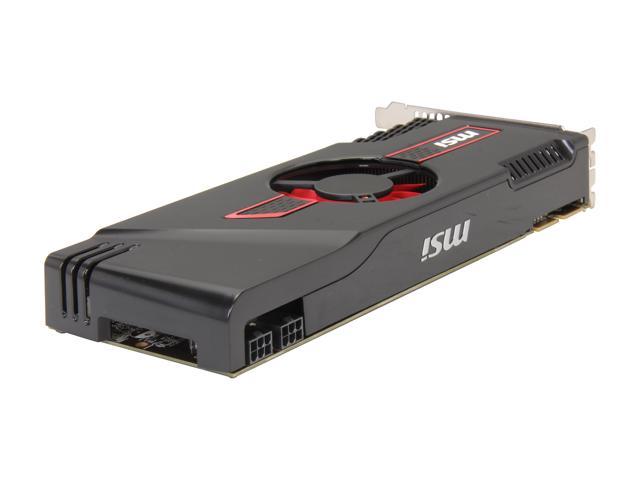 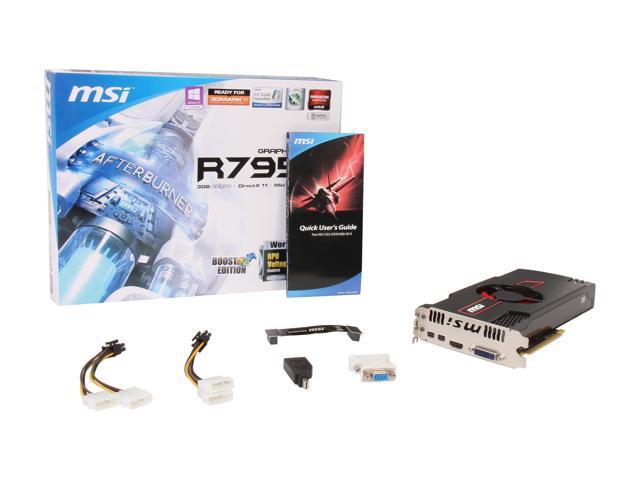 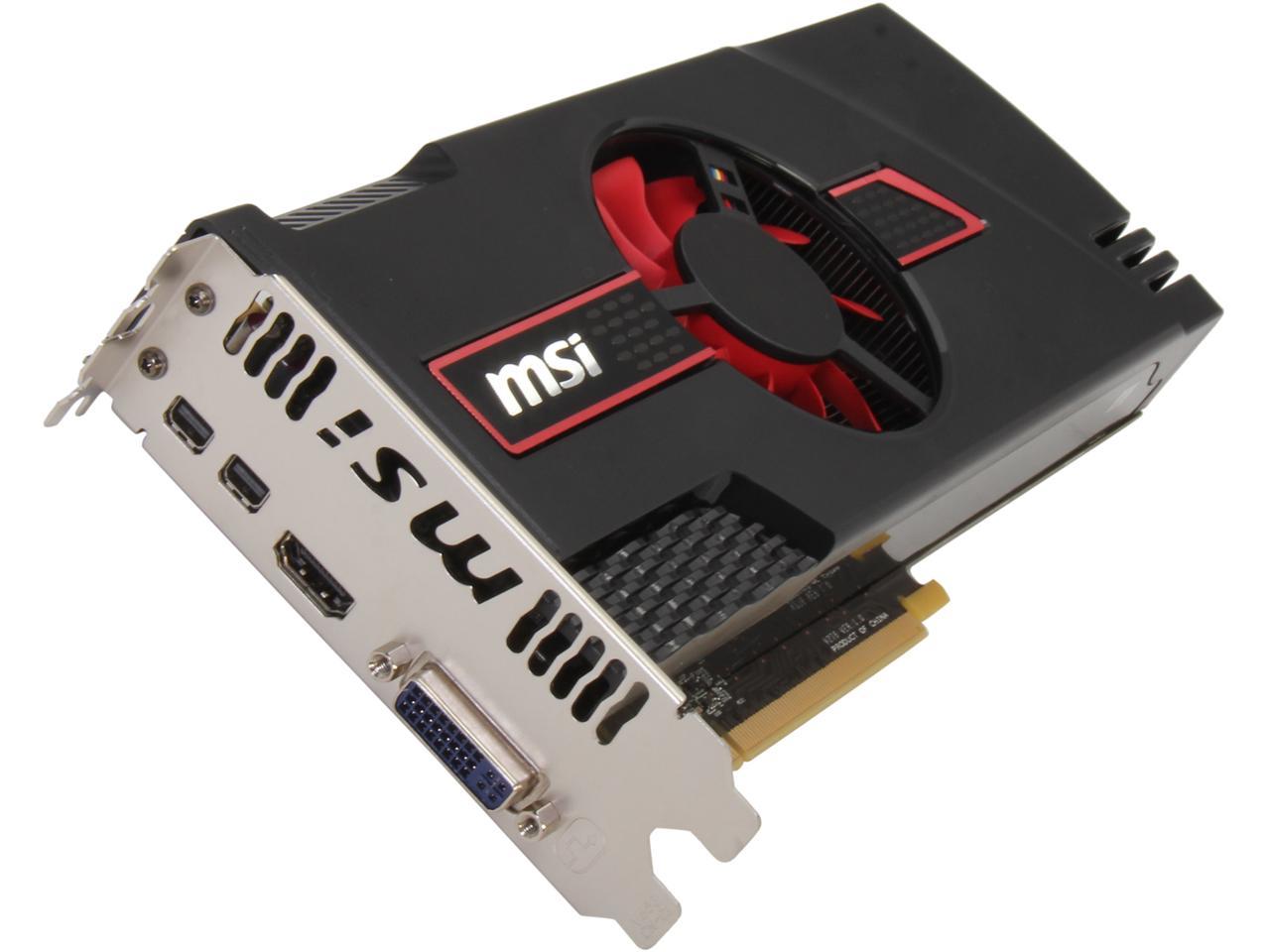 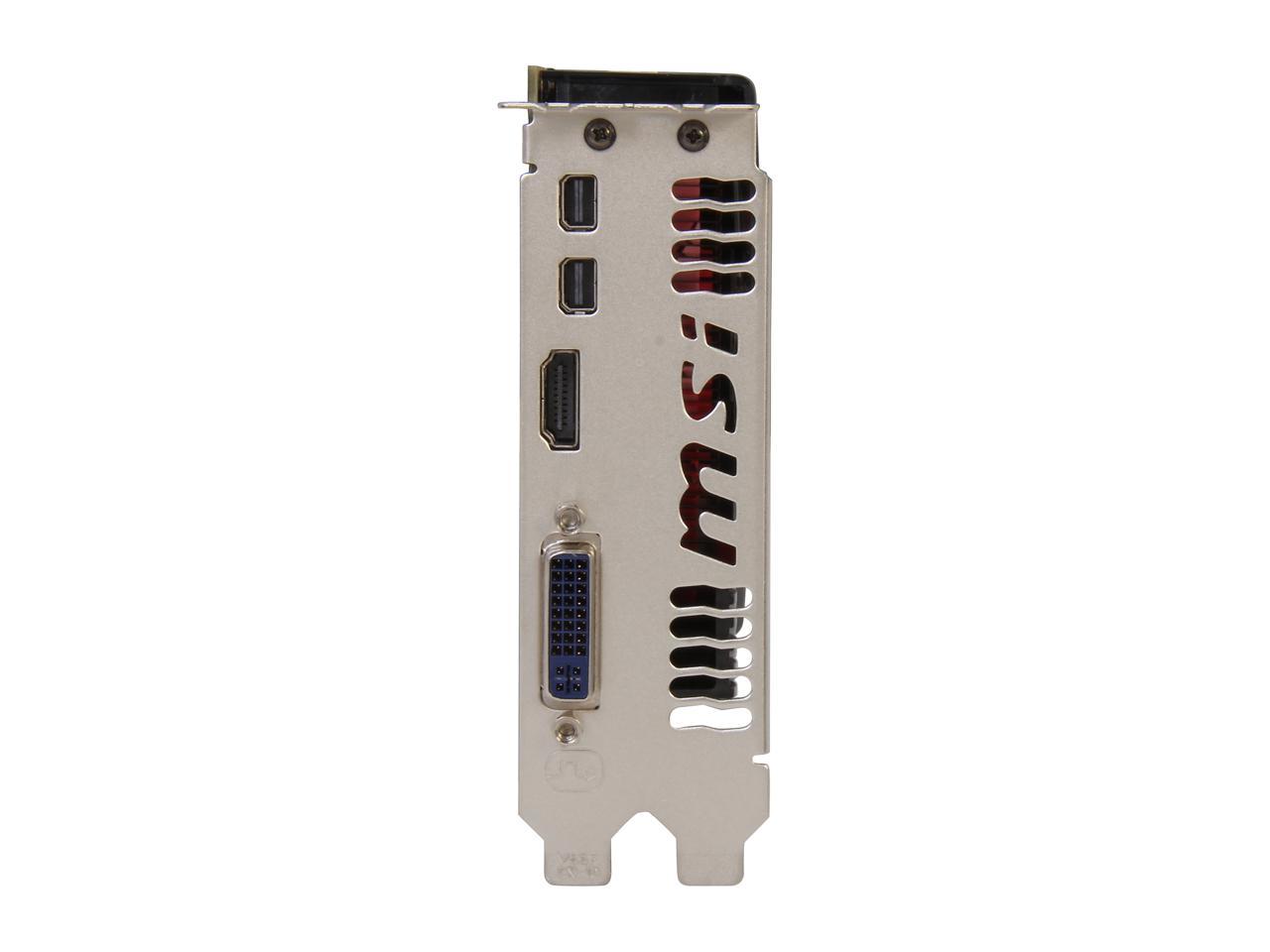 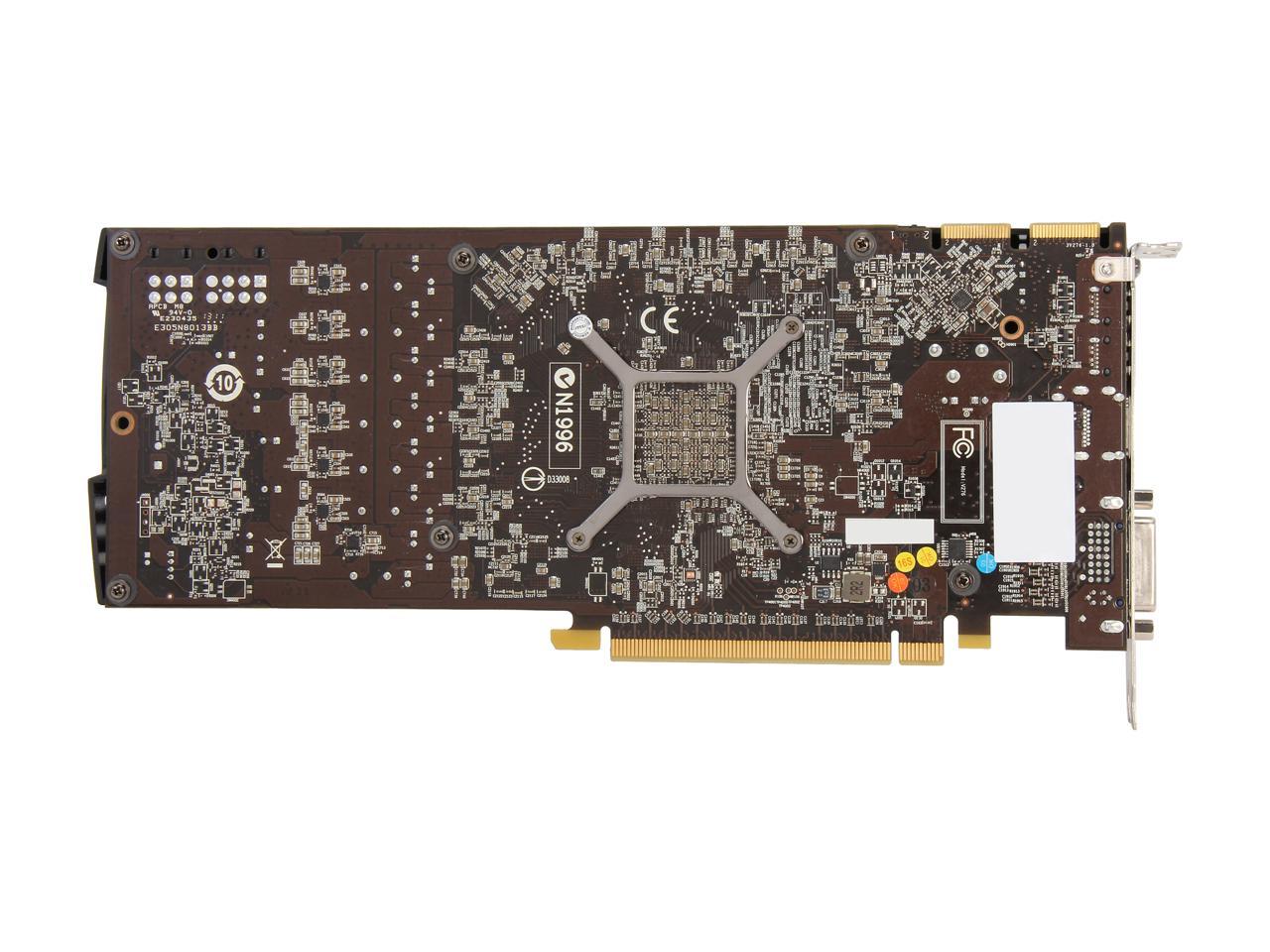 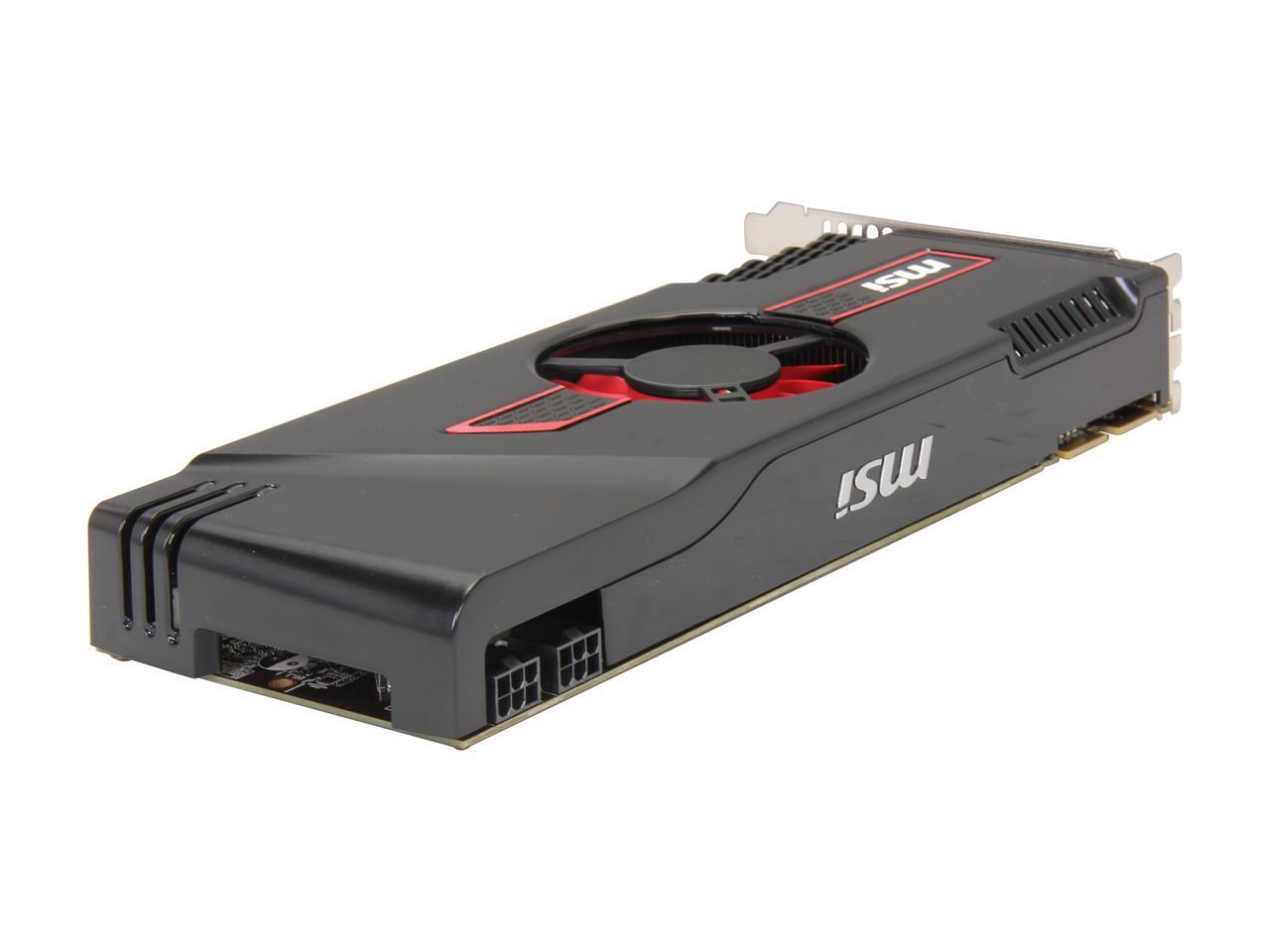 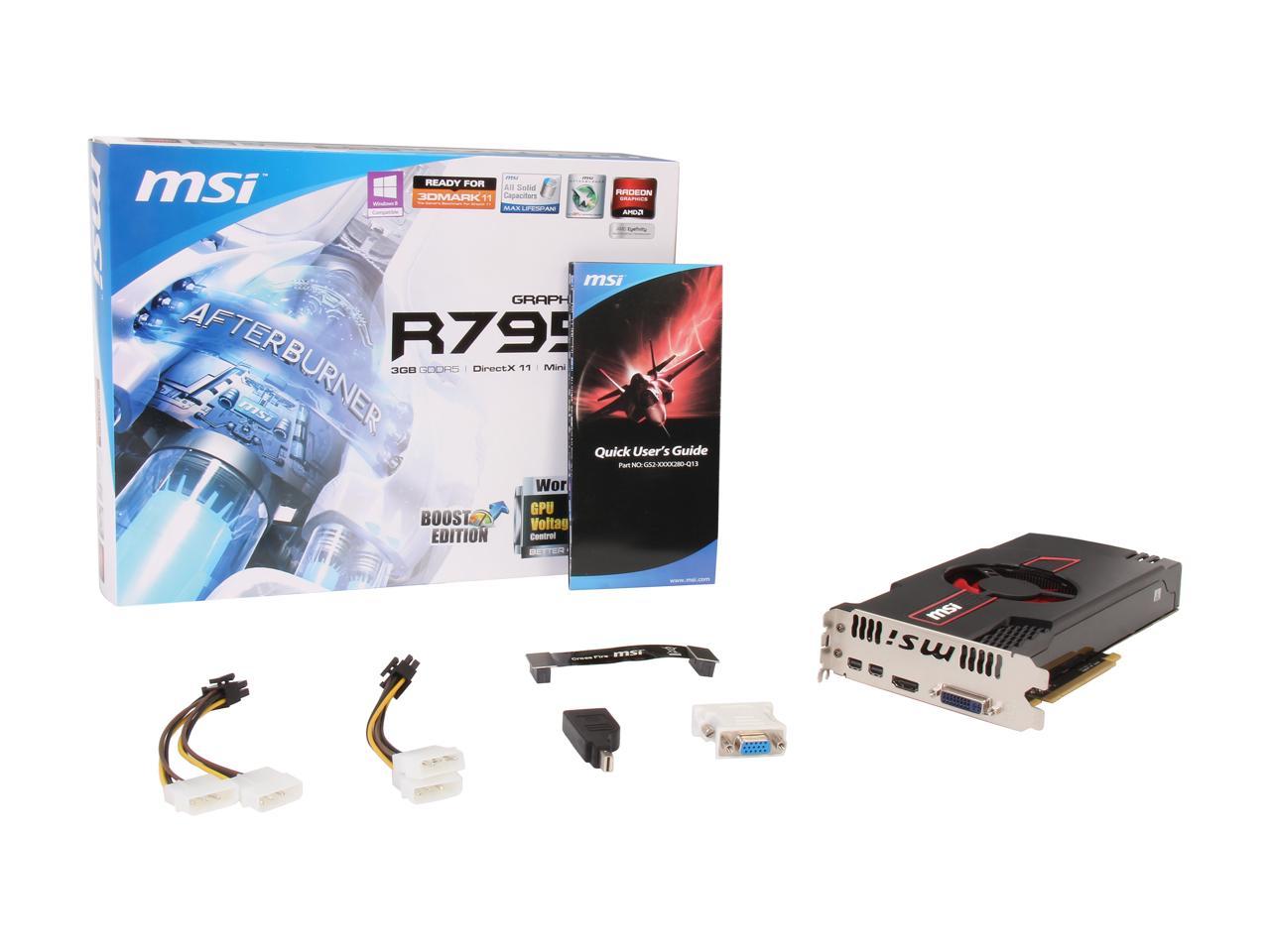 (65) Write a Review
OUT OF STOCK.
Overview
Specs
Reviews

The MSI R7950-3GD5/OC BE Graphics Card is based on the AMD Radeon HD 7950 GPU, with 3072MB GDDR5 memory for jaw-dropping graphics performance. Advanced innovations – such as 28nm GCN Architecture, ADM Eyefinity Technology, AMD App acceleration, and more – make this graphics card a must have for hardcore gamers. All-solid capacitors ensure solid reliability, even at high settings. Its unique Afterburner overclocking utility facilitates easy tuning and overclocking via the intuitive interface.

Pros: Its a 7950 at a good price if you get it on sale. I got this card for less than half of my otehr 7950 I bought a year ago. Its a great card and best bang for buck at this time. It arived in 4 days well packed and it came with a X fire bridge, power adapters, D sub adapter and disk. Fired right up, no issues intalling drivers worked great

Cons: Its a little hotter than my current 7950 but not bad. 75c full load but if you manually turn up the fan to 85% it runs at 68c. Two in X fire were a little hotter. Had to ad fans for more air in that area but still worked well. Single card 3DMark Firestrike 6700, two in X Fire was 9500

Overall Review: Its a nice card and the drivers are good. It will overclock to 1000 Hz but if your going to be overclocking better go with a model that has a better heatsink and fans

Pros: - Amazing performance per dollar. In my opinion, the sweet spot for GPUs at the moment. - An astounding amount of headroom for overclocking. If you don't overclock this card, you're losing out on a lot of performance.

Cons: - Extremely hot. The cooler that came on this card is quite dainty and doesn't have much surface area nor thermal mass. I don't know where the others are getting their load temperatures from, or if I just got a card with terrible thermals, but I peak at 93 Celsius in Unigine's Valley benchmark and 89 Celsius in Unigine's Heaven benchmark on a test bench with an ambient temperature of above 27 Celsius. I know that Unigine's benchmarks and similar stress-tests are unrealistic, but they show a worse case scenario, which can eventually happen while you're gaming and doing some content creation. - The warranty is quite strict. You can't remove the stock cooler without voiding the warranty, which means a trade off of your warranty for better thermals if you decide to swap out the thermal interface material or put on an aftermarket cooler. Not many cards are like this, but this one is. - At the load temperatures the fan's speed was at 80% or higher at all times. The fan at this speed, in my opinion, is extremely loud.

Overall Review: - If you do decide to put an after-market air cooler on it, I believe the only two that are supporting 7950s at the moment (and are actually performance options, not additional dainty, light coolers) are the GELID Icy Vision-A and Artic Accelero 7970. - This specific card comes with a single, overclocked and overvolted bios. There is no way consistent and sure fire around the overvoltage on load core and memory clocks, which leads to higher temperatures than reference voltage 7950s. MSI Afterburner 3.14 beta has some options that attempts to undervolt the card, but, in my experience, it is not very consistent. It will jump and peak in voltages here and there, which is arguably worse than having it on a constant voltage while under load.

Pros: Running payday 2 on highest settings at 1080p getting at least 60 fps, and it runs around 48. sleeping dogs on max settings runs around 60c after an hour or so. solid purchase for 180 bux ar

Cons: fan can be a little loud

Pros: I like it @ 923/1302 w/ fan@ 69% "not too loud when gaming hard" just set and use profile when jumping in your game and rock it and set lower speed profile button to slow it when not in game.

Cons: - Runs hot, it's a reference cooler. If you didn't realize it was gonna run hot when you bought it you didnt do your research. For me it never gets above 70c, but that's because I don't push it. -The biggest thing you could do to keep the temp down is to NOT USE SUPERSAMPLING. Supersampling heats this card up like no other.

Overall Review: Anything under 90 degrees is perfectly fine for longevity, AMD specifies the card with this cooler to run that hot. It's a fact, deal with it or switch coolers! If the heat really bothers you it's really not that difficult to replace the cooler, although it does void your warranty. People complaining of excess temperatures probably have poor airflow in their cases anyway..

Pros: This card is nice. It was packaged well with covers over each port and pci-e/crossfire connectors. Look at the images to see what else it comes with. A few nice extras come with the box, although I guess some people would call these accessories standard.

Cons: Can be noisy. It is the loudest part in my system when under load. However, it isn't a "jet engine" in my book. If you want a silent card, I would guess you should look into dual/tri fan cards, or go for water cooling. Its a single fan, so I'm not sure how quiet people thought it would be. It's not much louder than my stock fan for my CPU(FX-8350) under load.

Overall Review: This card is LONG. I had to remove my hard drive bracket in my Mid-tower ATX case(Raidmax BlackStorm[in white]) to give it breathing room. It did fit with the bracket in place, but it was within fraction's of an inch to the HDD bracket. I ended up moving my SSD's up to the smaller bays and took it out. Now the card can breath easy with no air obstructions from the front case fan. I haven't suffered the issues other reviews had. It's a good card except that the single fan design doesn't seem like its the best out there. I guess my ending remark is make sure you have a good PSU for any mid-high end graphics card. Black screens, 'random' restarts(usually with the PC under load) and a pc's failure to power on can be symptoms of an insufficient PSU for its parts. I bought this card on sale right before the never settle bundle came out so I didn't get 3 free games. So, if you have the chance, take advantage of it!

Pros: Got this at 159 with 3 games which is great value Upgrading from my 460 gtx 1gb No Issues, performs like a champ and was actually quieter than my old card. I can OC upto 1000/1300 with stock volts and cooler. Max temps was 70 which is reasonable.

Cons: Fan can be heard if u focus on it at 100% speeds Not audible normally

Cons: gets hot with the fan at auto during games.

Overall Review: buy it if you plan on replacing the stock cooler with a more efficient one. max out C2 and BF3 at stock.