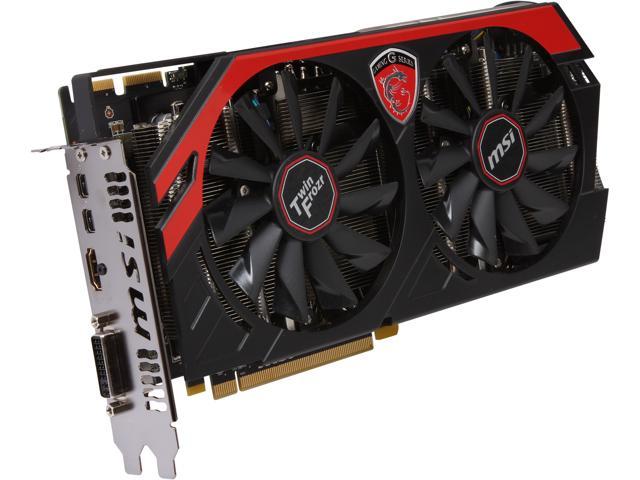 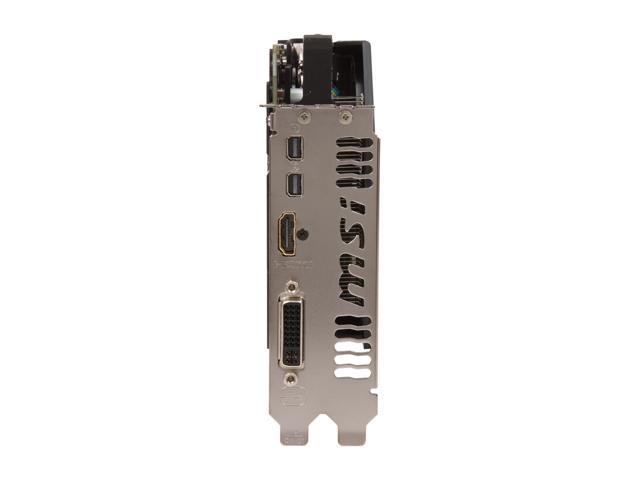 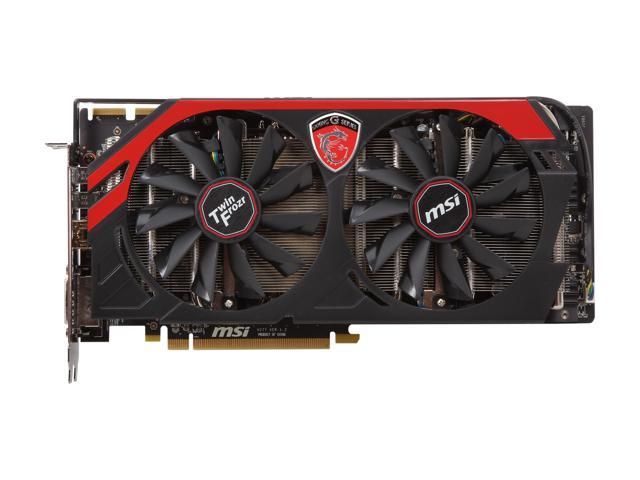 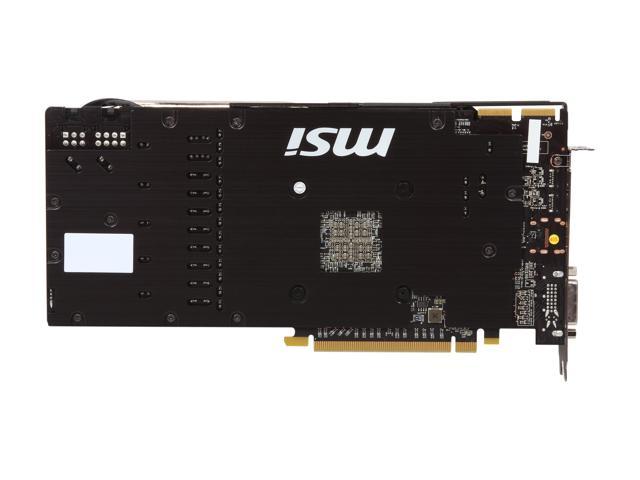 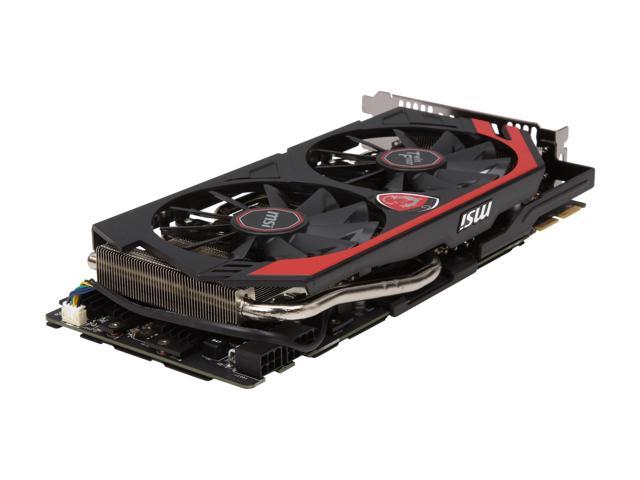 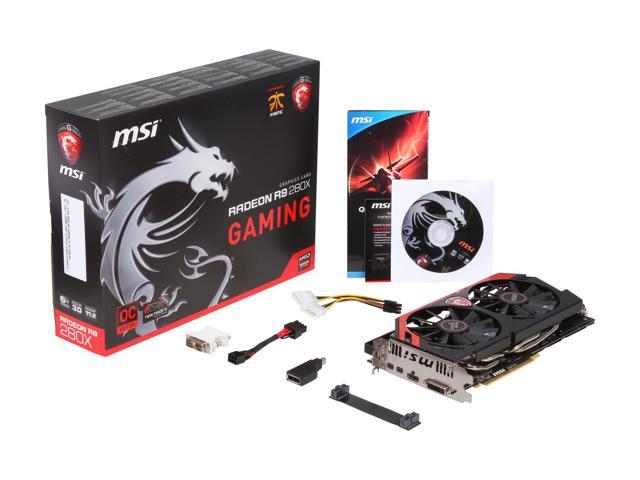 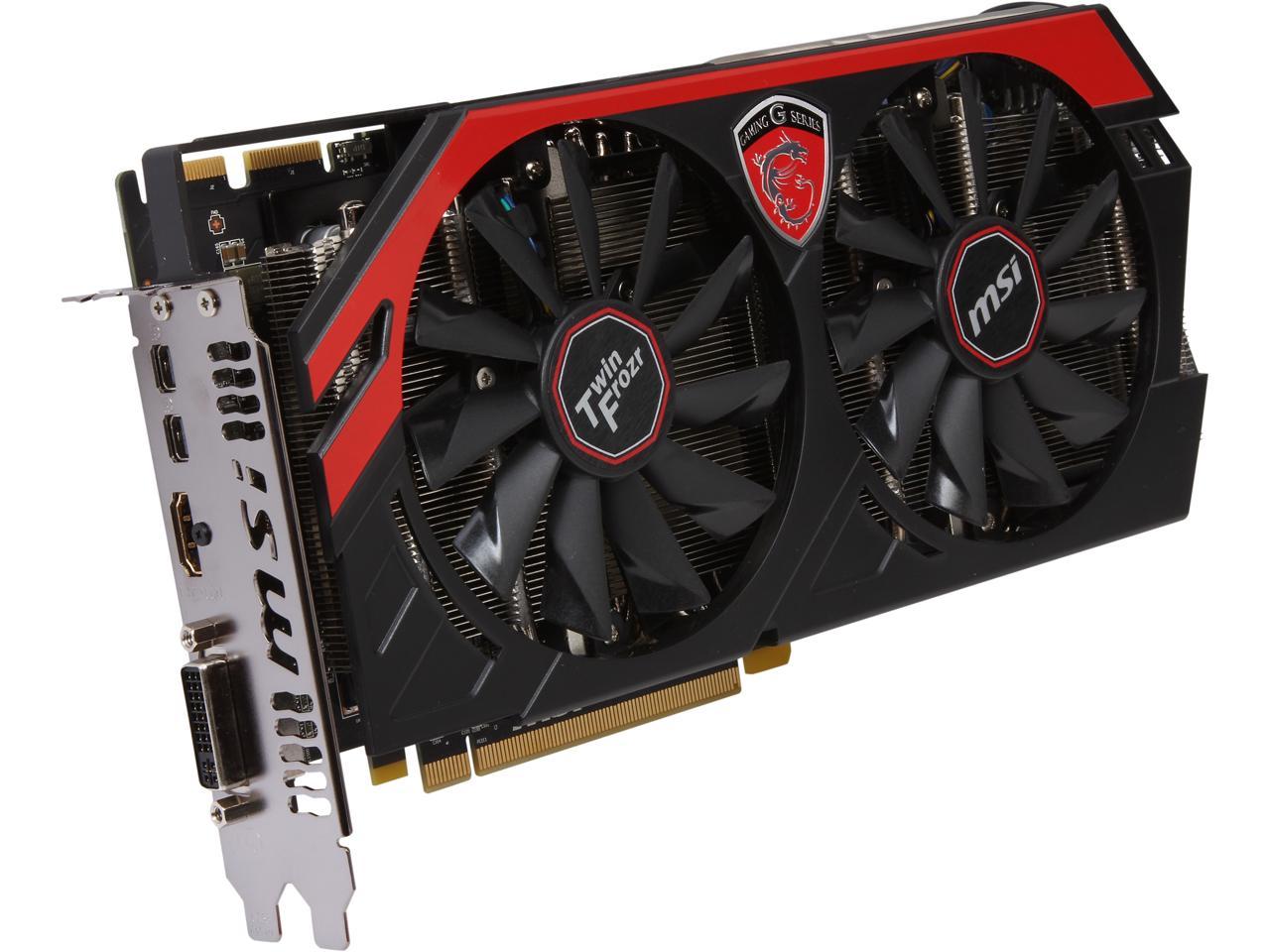 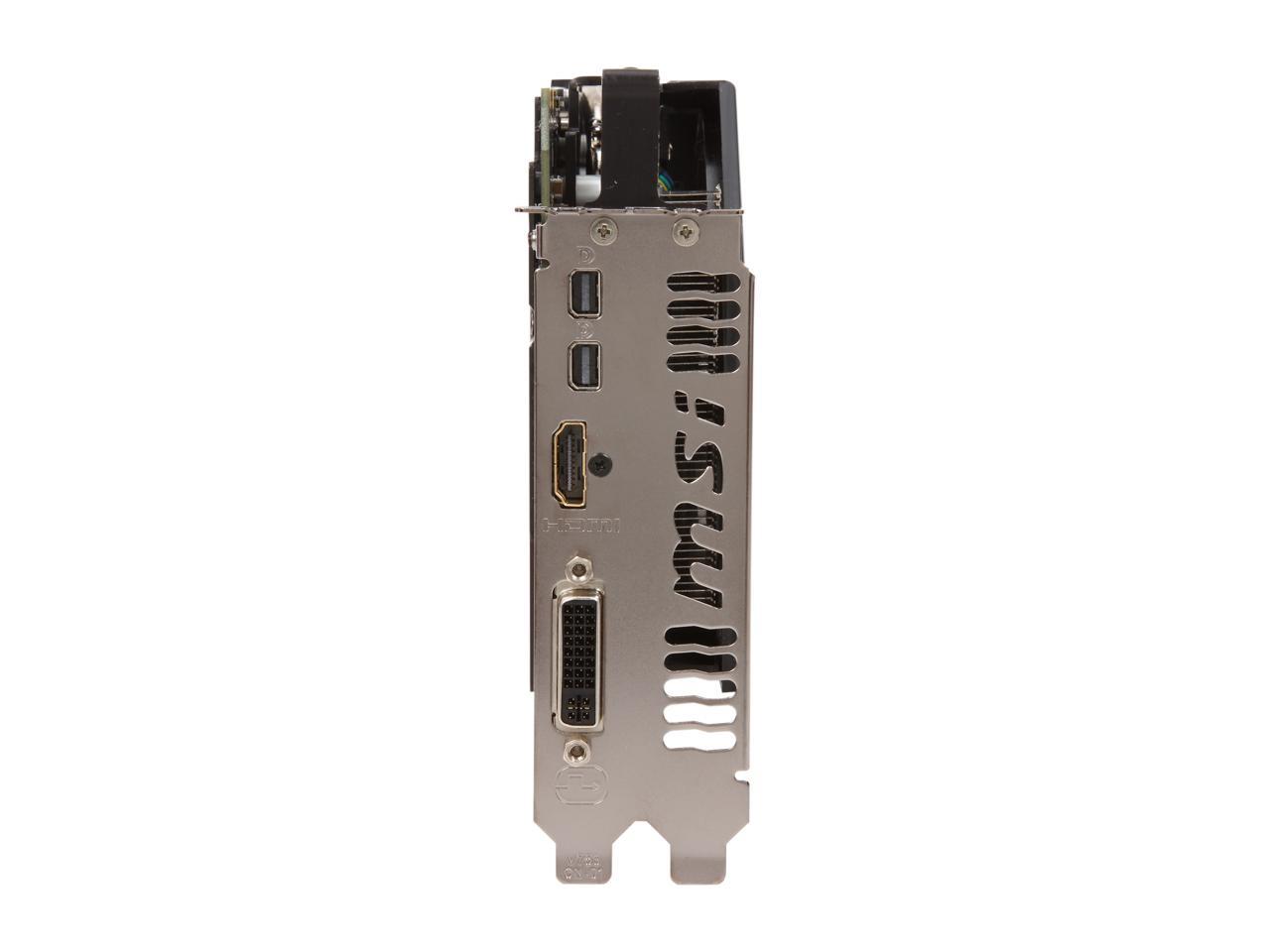 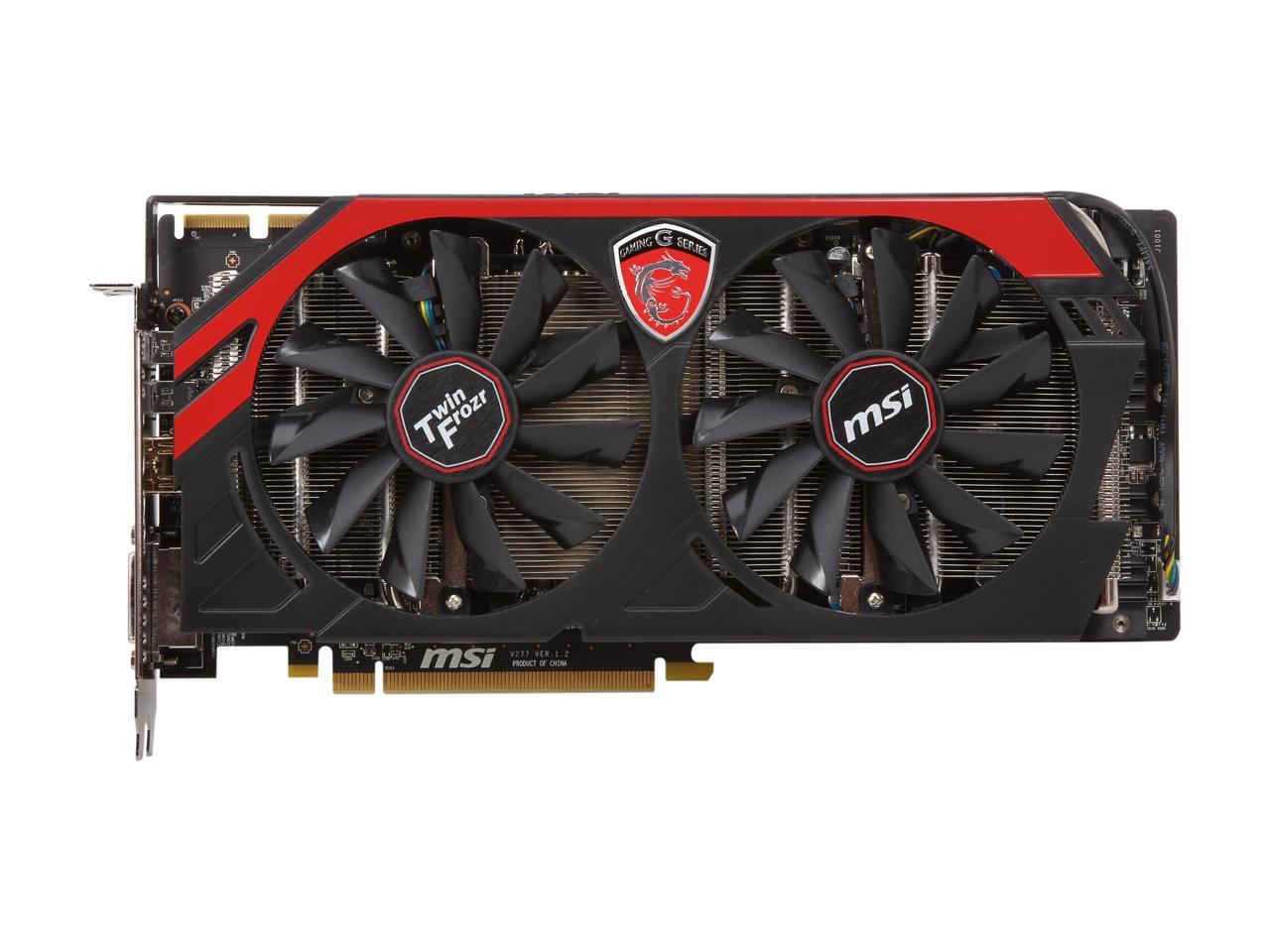 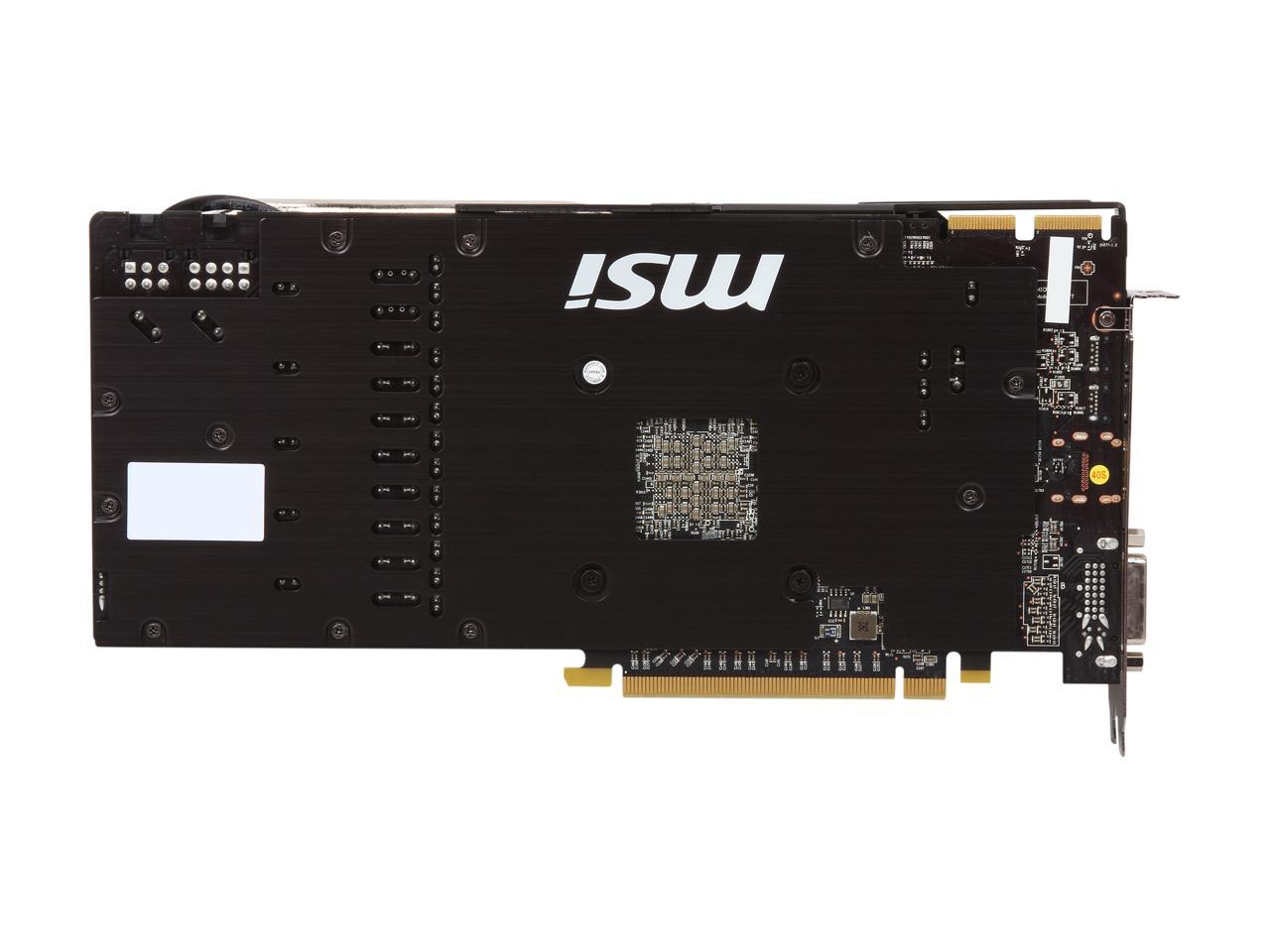 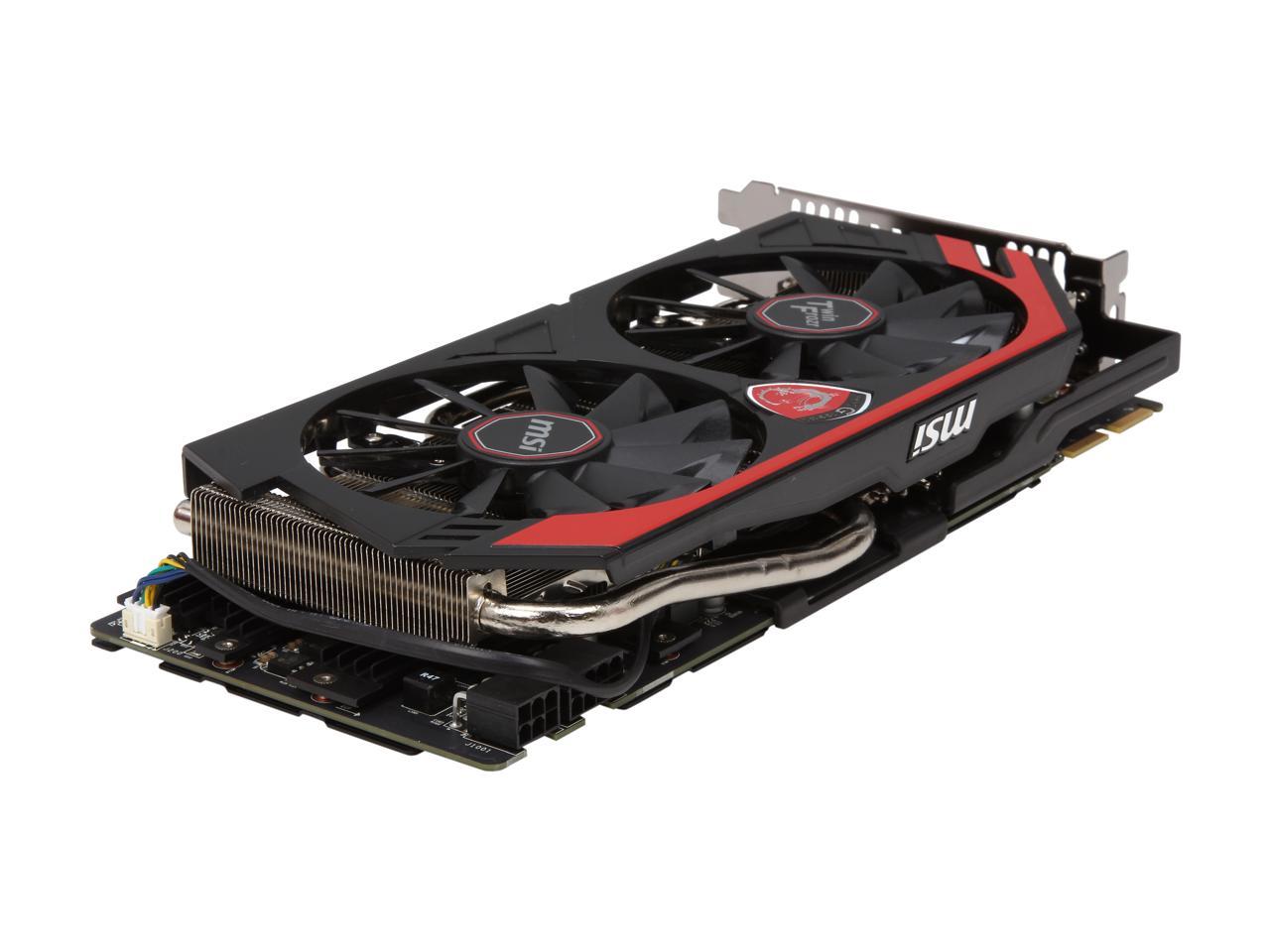 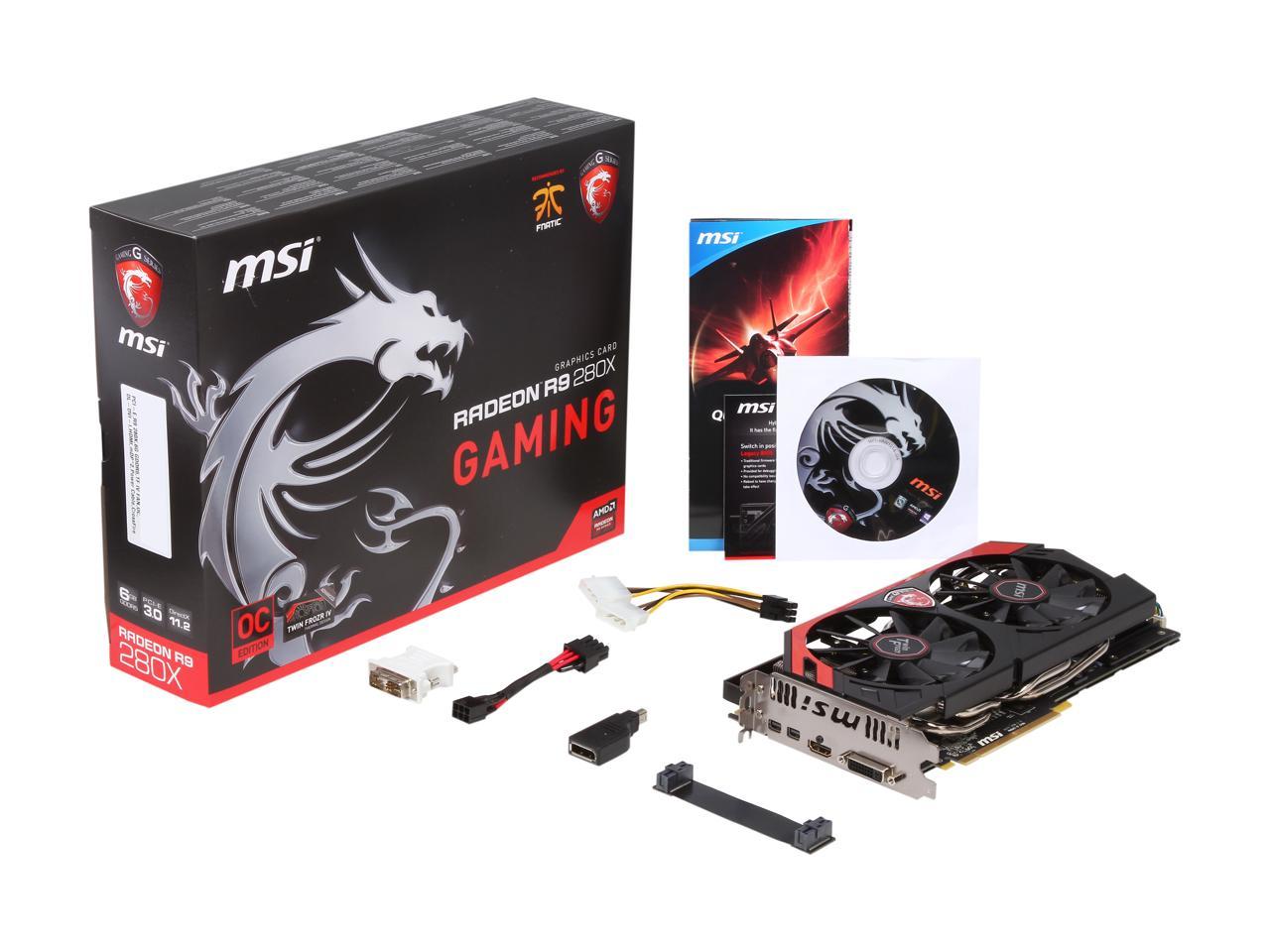 (14) Write a Review
OUT OF STOCK.
LOADING...
Overview
Specs
Reviews

The MSI R9 280X GAMING 6GB is powered by Radeon R9 280X, the latest AMD GPU designed to take your gaming to the next level. Based on the AMD 28nm GCN architecture and boasting support for DirectX 11.2, the Radeon R9 280X gives you the power to drive today’s hottest games — and tomorrow’s, keeping you in the fight whatever the circumstances. This model is BIOS-overclocked to up to 1050 MHz (Ref: 1000 MH) boost clock for smoother gameplay. With Ultra Resolution Gaming, you can leave HD in the dust by gaming on displays much, much larger. Whether using a 4k monitor or combining multiple HD monitors, you’ll get an expansive experience that’s truly out of sight. A rich set of AMD innovative technologies is included, such as App Acceleration, AMD PowerTune, AMD ZeroCore, and AMD HD3D technology. With these technology advancements, you'll get more than one way to elevate your gaming experience.

This MSI Gaming Series comes with an array of performance- and reliability-enhancing technologies, as well as a gigantic 6GB video memory, making it the ultimate choice for Ultra HD gaming.

Pros: This card runs 3d benchmark like a dream. I use afterburner to up the fan speed but that's all. I've ran 3d benchmark a lot over the years with different cards and man this card is true beast!!!! MSI has a wonderful card here and its a lot shorter than my old card. Been kick around about buying a second one to run in SLI mode but I will see in time how well this one card does first given time. Truly awesome video card though!!! BF4 is the game I play. Screen name is sand1spider.

Overall Review: Finding the money to buy a second card!!!

Pros: im not a professional when it comes to computer, but this GPU "FOR ME" is GOOD!! i bought this for my alienware Aurora r2, for me able to play Battlefield 4 on Ultra. because my 2x 5670 cant do it. so Far im happy with my choice im having a stable FPS of 60-minimum and 80+ max. any maps with 64 players on Preset ULTRA..

Cons: Price. but for me its worth the price. :D

Cons: R9 cards still have issues with pixilation and graphical artifacts in 3d and a flickering in 2D video when the cards power cycles. Some temporary fixes are available but a driver update is long overdue.

Overall Review: I'm still glad I bought this card but an nVidia in the same caliber may have been better for my current needs. I'm just patiently waiting for the drivers to be fixed.

Pros: The on board 6gb DDR5 ram holds up well while I run this card in infinity, stays around 60C under load while playing Warframe, Firefall, and BF4 on the highest settings. The Cool down function is awesome as well, after playing my games, I hit that button before I start basic tasks like youtube and netflix.

Cons: After about 3 days of owing this card I began to get screen flickers while doing normal task, like watching youtube videos. Just a little up and down screen flicker. I read up and this seems to be a common problem, but no one knows if its a driver issue for a VBIOS issue. So I updated both, and I am still having the issue. it only happens 1 to 3 times an hour, but it worries me, I didn't spend nearly $400 to have to send this back and have to wait up to 30 days to get a new one.

Overall Review: If you are conserned about flashing the bios on your mobo, or this card, then I would wait til they solve this issue with the screen flicker. On the other had however, this card kills straight out of the box, I was blowing away my friends dual sli titan blacks out of the water in BF4 will clear across the map head shots. I really want to show this card the love it should get but when it flickered and made me miss, I go mad just a little bit.

Pros: Well let me start by saying that when I got this card it was amazing! Right off the bat I jumped into skyrim loaded up with texture mods and this card didn't skip a beat! props to MSI on the design of the Twin Frozr IV design too. The fans are massive and at max load playing bf4 on ultra the temps run at about 65-75 Celsius. MSI's customer support is also great to deal with as I'll explain below. I am an MSI supporter and think the design if their Gaming series products is second to none. As long as their support stays the way it is I will continue to spend my money with them.

Cons: Sadly this card died on me after just under 3 months :( I started it up one day and after the bios all I got was a black screen. I contacted MSI and they were very quick to reply (under an hour) I tried switching to the second bios be still got no signal from the card. I have filed an RMA with MSI and am sending it off tomorrow and hoping that a new working one will arrive promptly. The online service I received was very quick and wasn't in engrish so that is also a plus. I am only disappointed due to the fact that after shipping and everything I spent $500 and it died so soon. When the card did work I would also experience the occasional screen jitter that most other owners of this card have experienced. For me it only happens on the desktop and when watching videos. While gaming, it doesn't do this so I have no complaint since that was what my rig was built for.

Pros: LOTSA MEMORY! Does it work? Can we ever really be sure? Grid Autosport and BF4 in eyefinity is just awesome!

Cons: So, I haven't seen anyone write about this, and forum searching has been few and far between with what I have experienced. I am running three asus 144hz monitors set at 120 connected via the two mini-display ports and the dvi (hdmi does not run 120hz). I have an issue where the DVI port will not maintain 120hz signal consistently. Whenever I have to reboot, or if the system crashes, the DVI always ALWAYS sets itself to 60hz. There is no other refresh available. The Mini-DPs maintain 120 no problem (and still show the full range up to 144). I literally have to unplug the mini-DPs and reboot the system. DVI now shows 120 as well as the full range up to 144. Plug the mini-DPs back in and everything is 120 across the board. Then and only then can I set an eyefinity array at 120hz. Needless to say this is extremely frustrating. I have since tried the EVGA display port hub. I am now on my second one of those. This gets me by, but the hub comes with it's own set of problems like the screens just going black for a few seconds at a time. REALLY sucks when you're in the middle of a game.

Overall Review: Not a fanboy, but have a love hate relationship with eyefinity. So awesome when it works, but it can be a chore getting there. Especially at 120. AMD 8320 MSi 990FXA-GD80V2 2x R9 280x OCZ SSD 250GB WD 1 TB HDD 16 GB Crucial ballistix tracer (blue of course) :) 1000 W Corsair PS wrapped in a white Corsair 600T Really wish they would put a card out with three Display Ports. They used to have cards with ONLY display ports; where did they go???!!! This would alleviate much frustration.

Pros: This thing is an animal! This thing easily ate through Skyrim on Ultra settings running ENB mods right out of the box without any tweeking.

Cons: It's big. This dude needs to be in a full tower. Not saying that it wouldn't fit in a smaller case, but it would be exhausting to try and make it work.

Pros: So far so good, ive even overclocked it to 1100mhz with msi afterburner. Love afterburner by the way, i thought it was just my computer or powersupply but when I OC my GPU using amd overdrive with my old 7850 and the new r9 i would crash with grey screen but im doin good with MSI's AB. the card Runs pretty cold imo. its around 140F underload which is good. Im running everything maxed of course with decent frames. playing the new bioshock dlc's and they are just gorgeous on max in 60fps. great card great buy. i did get mine off am a zon for the cheaper price though.

Cons: None so far im constantly watching it and checking temps and fan speeds. i heard of the fans slowing down and or leaking fluids from the bearings. I was told that it only happend on the older models and that its been fixed since so im just being a little cautious of it for the future.