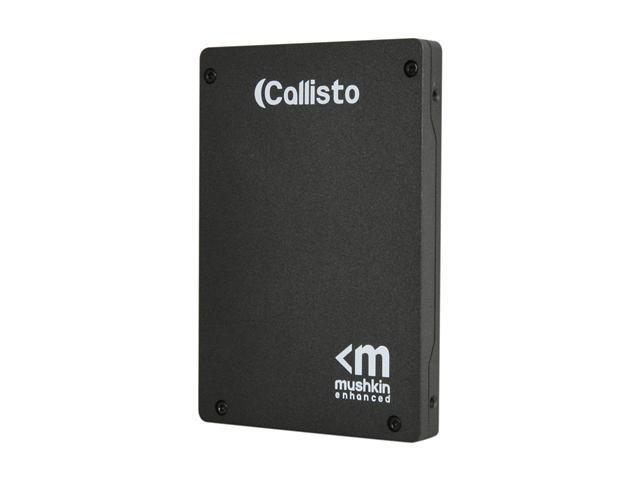 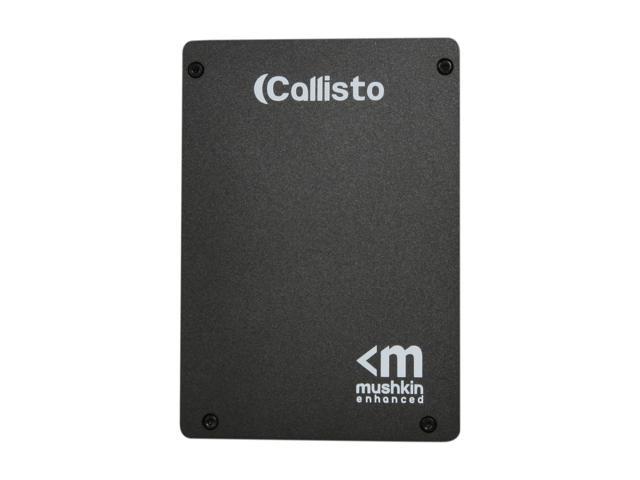 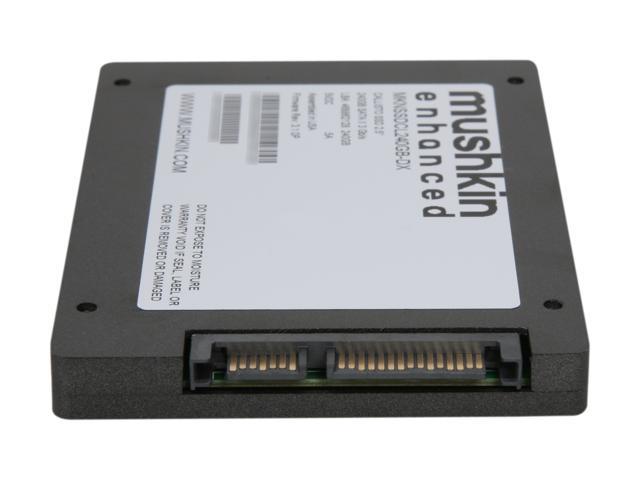 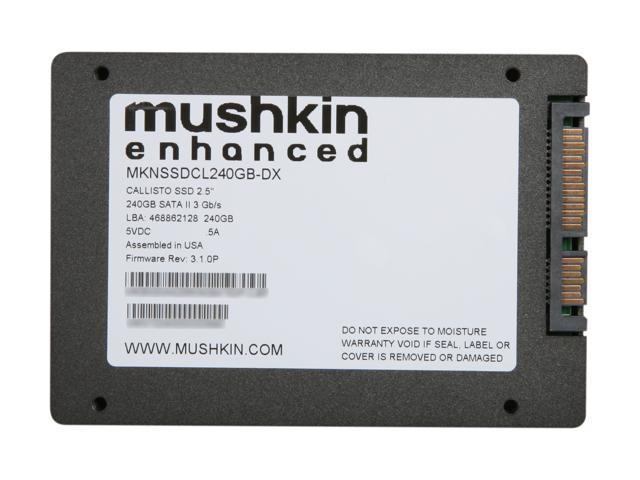 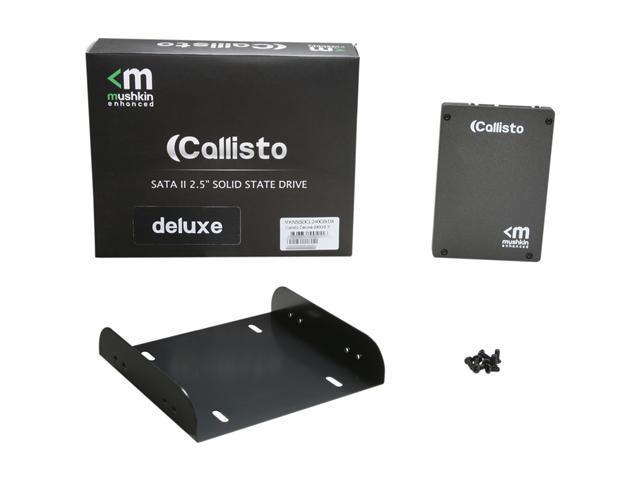 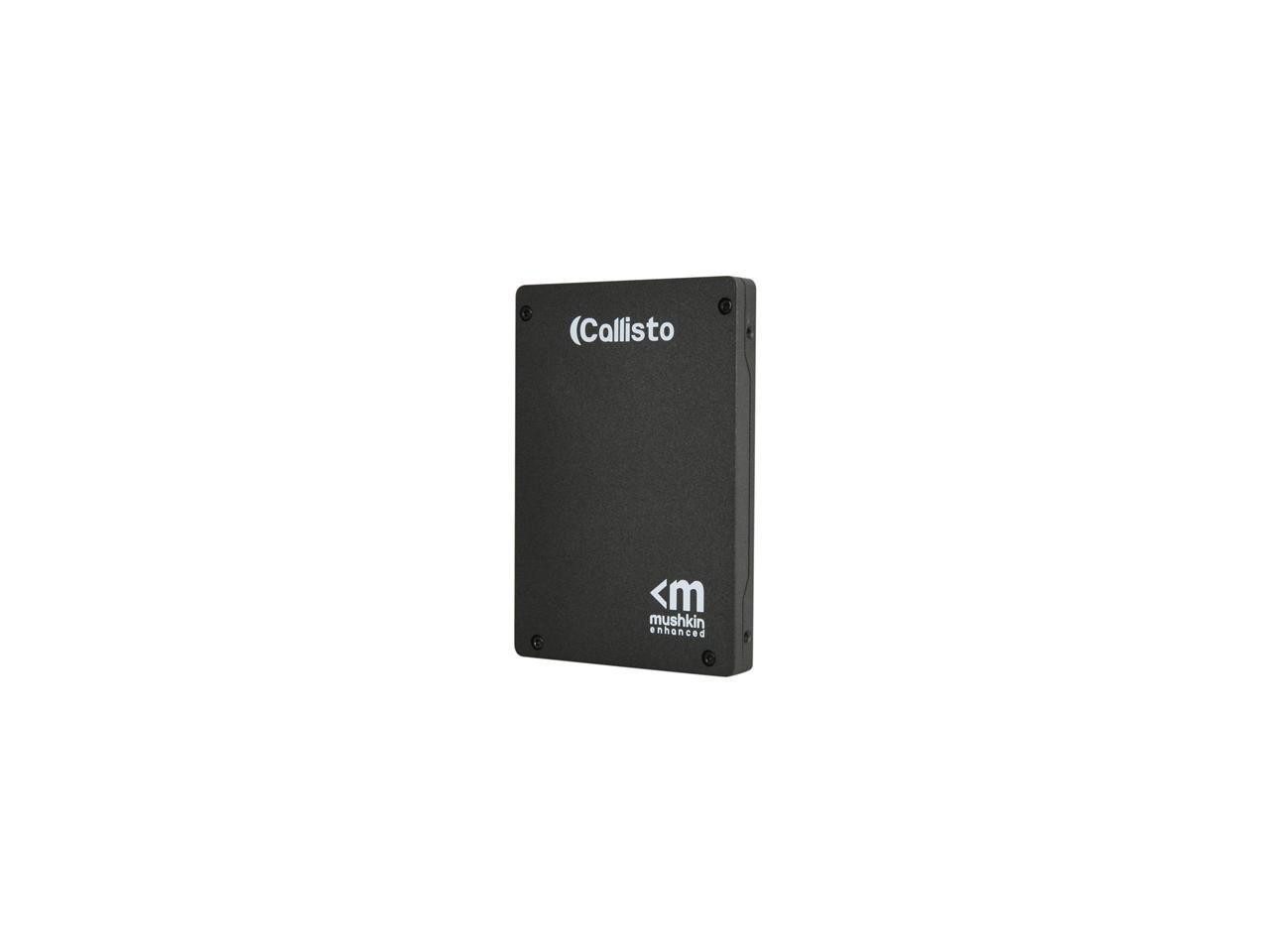 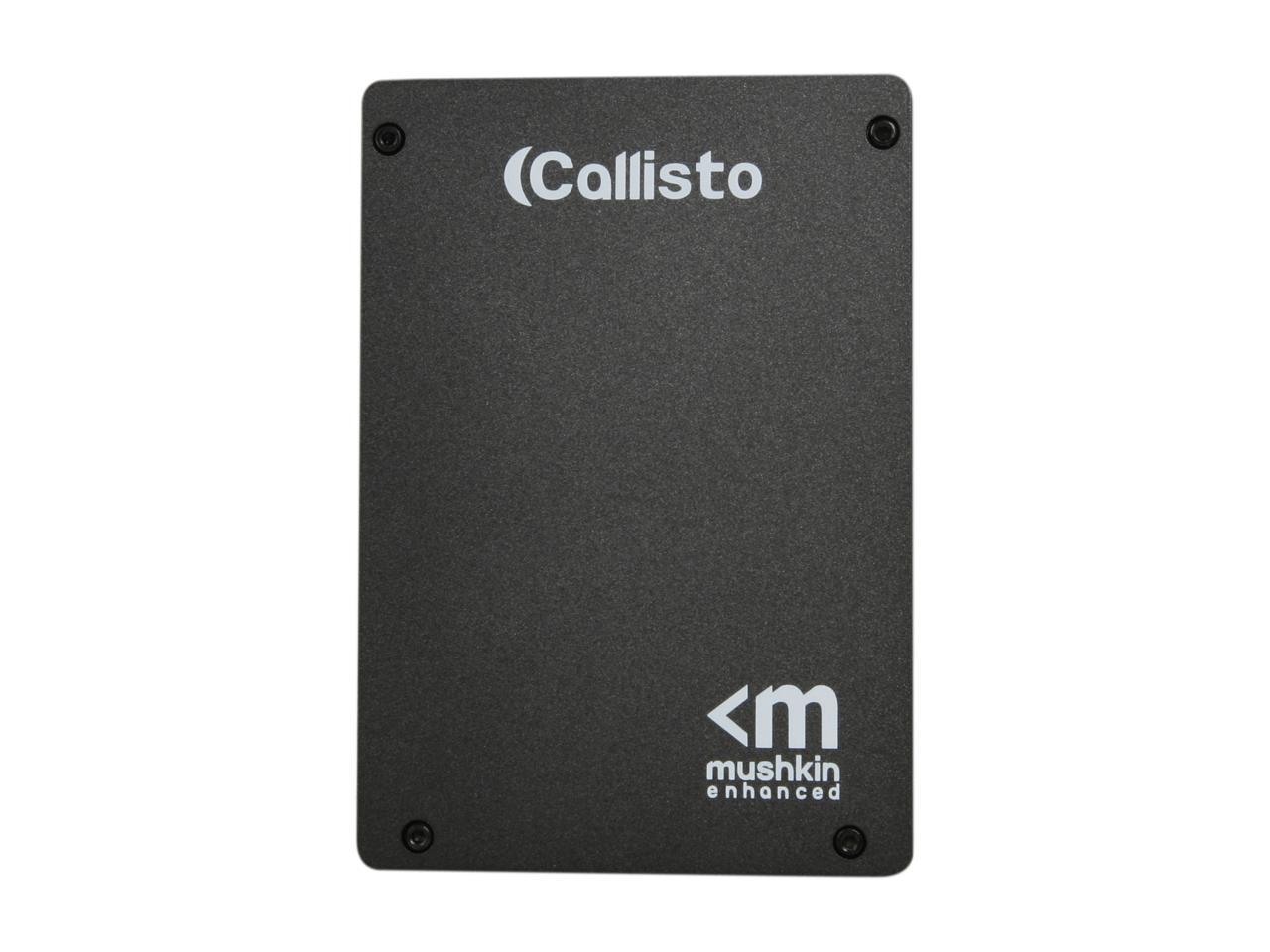 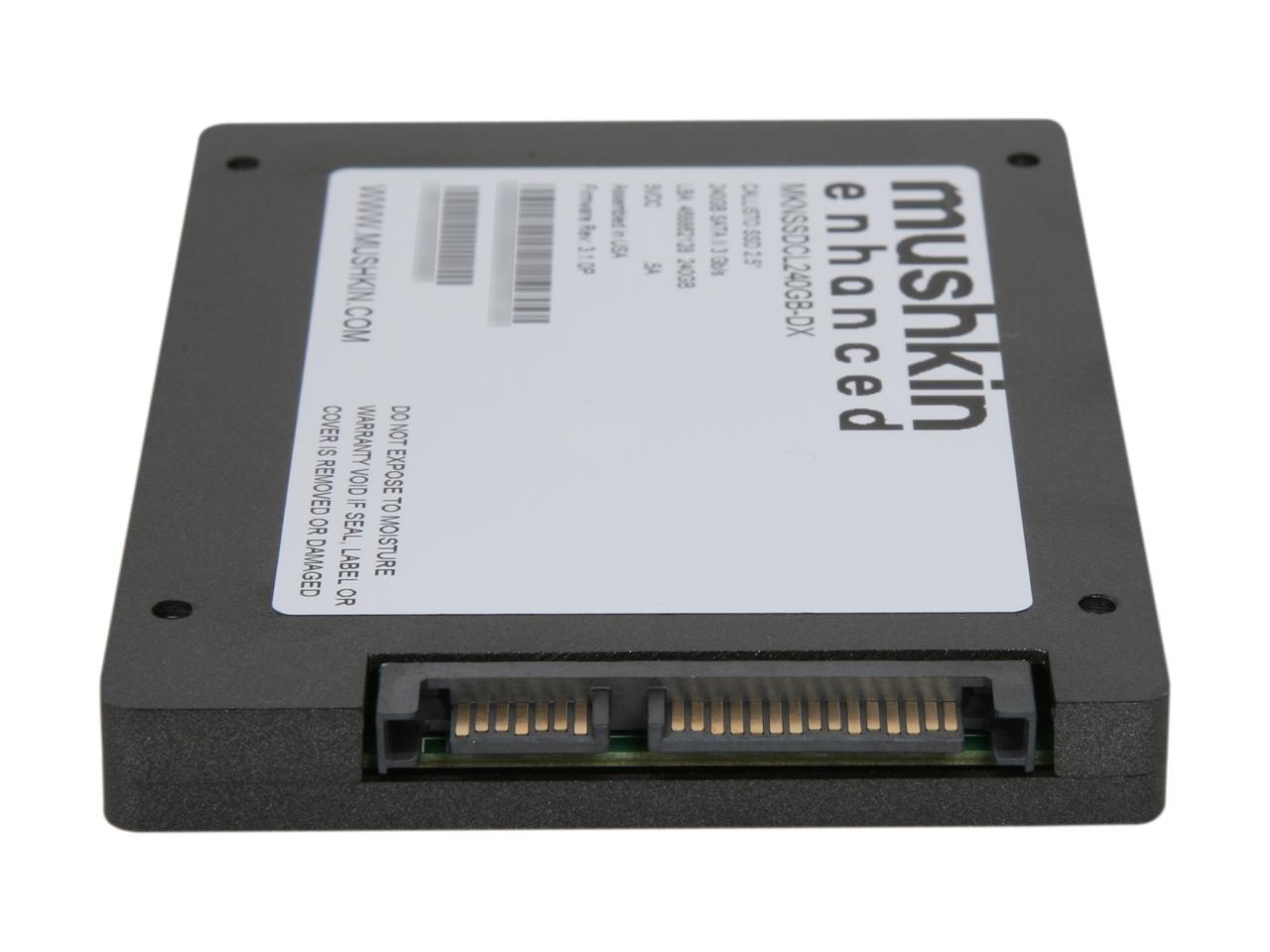 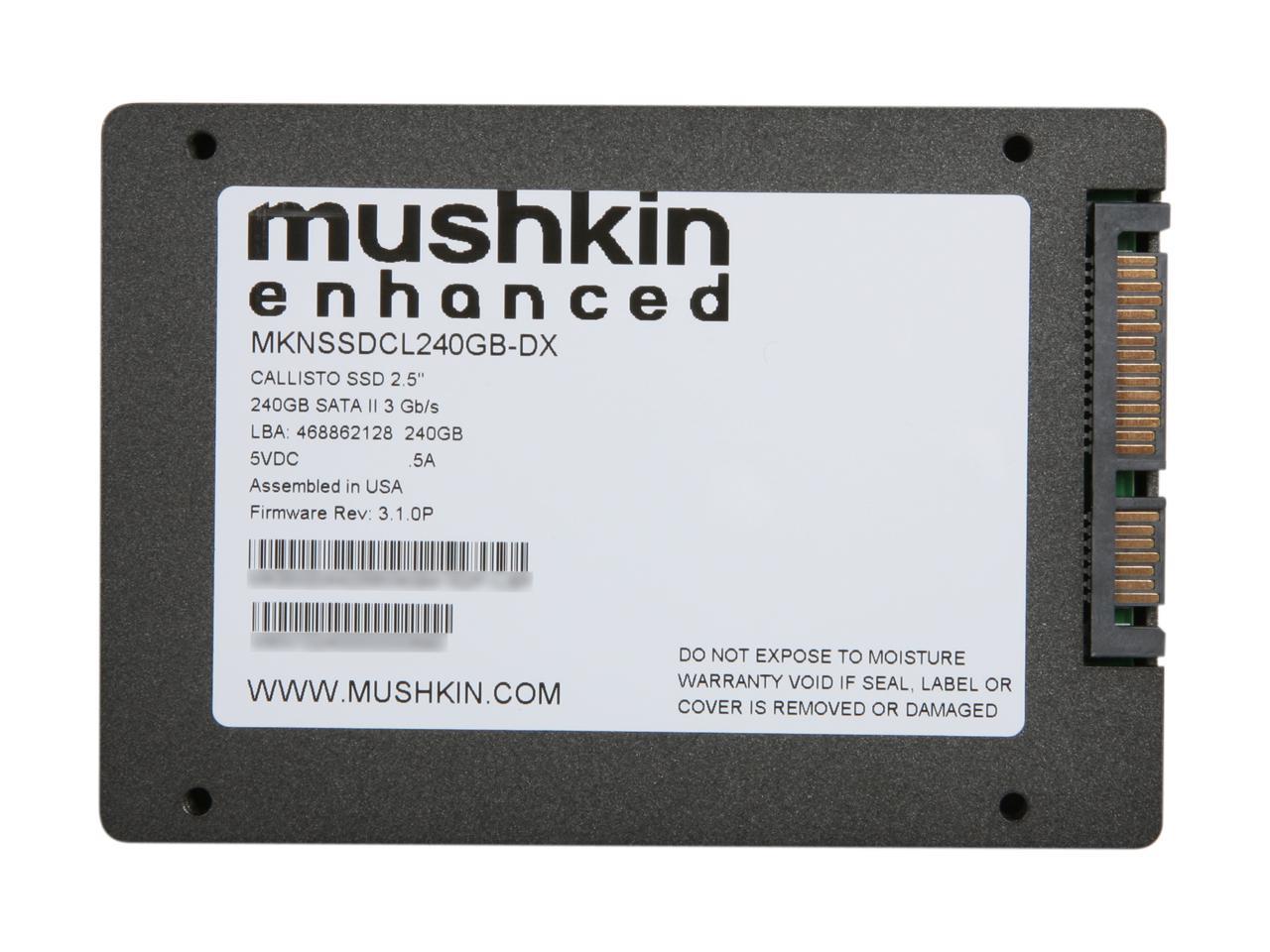 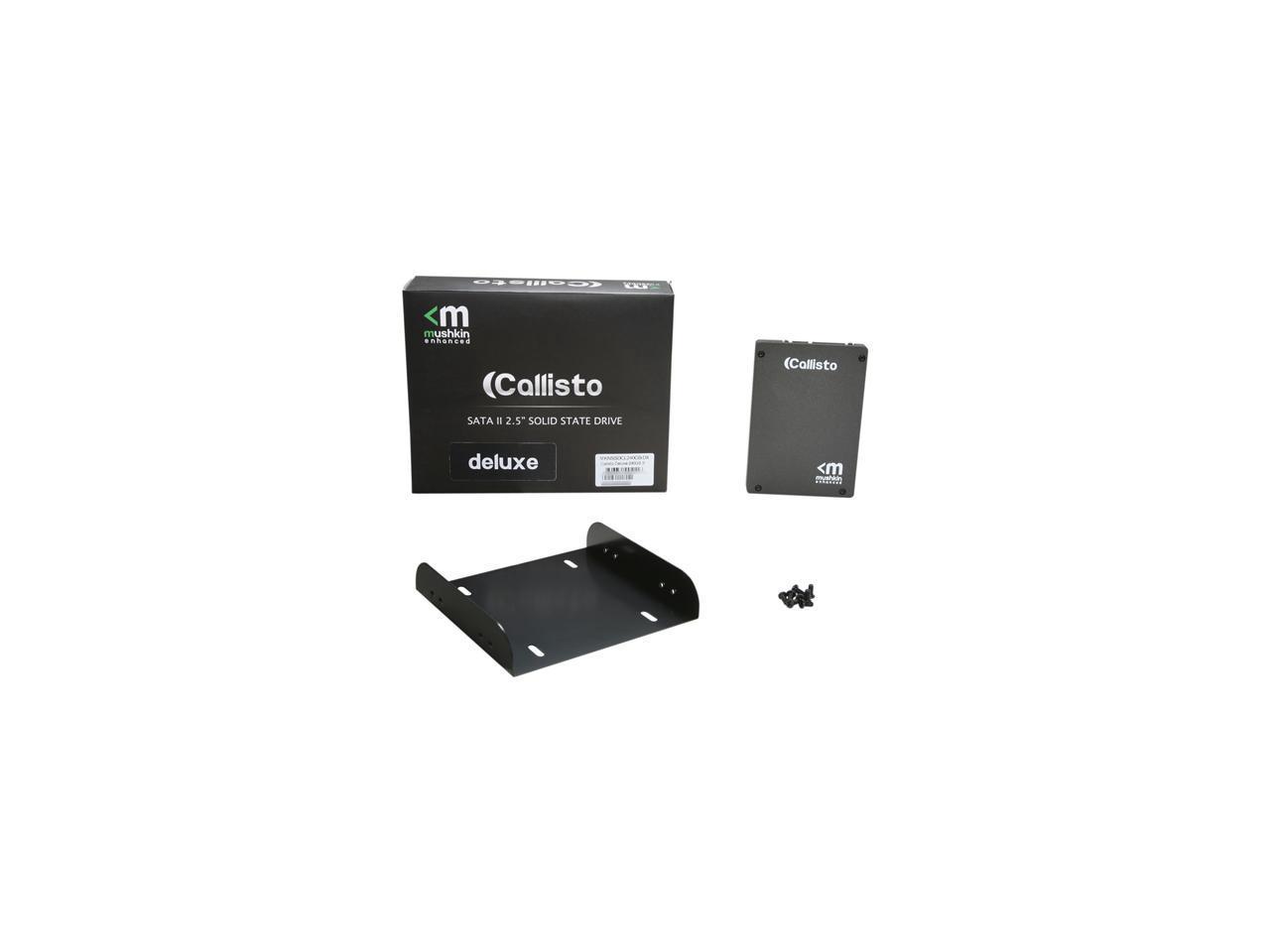 (480) Write a Review
OUT OF STOCK.
Specs
Reviews

Pros: Fast for what they are. Reasonable warranty duration for a consumer product

Cons: Purchased two at the same time. One is already failing and both have a massive number of error being reported by SMART. Will need the warranty duration for this product.

Pros: Stellar performance for a sub-$100 SSD. Price is tough to beat for any SSD, much less one that runs so well. Good warranty.

Cons: Awfully small for anything but the most rudimentary purposes. It will hold most any modern OS and a few apps, but nothing major. Would have been nice to see an included 3.5" adapter, but it's not worth complaining about at this price. No internal garbage collection. Be sure to use an OS that supports the TRIM command!

Overall Review: Used it as the OS drive in a customer's 8 y/o Dell PowerEdge along with a couple of new HDD's to make a software RAID. Coupled with a RAM upgrade, this little drive runs FreeNAS blindingly fast with gobs and gobs of room to spare. The users at the workstations swear their decrepit old server is now so fast that file access is indistinguishable from a local file.

Pros: Amazing drive, simply amazing! The speeds on this are 267/281 in my instance. As expected Windows loads and applications on the C: drive are amazing fast and responsive.

Overall Review: SSD do's and do not's are numerous, I'd recommend hitting the forums of the manufacturer to get more informaion. Sean over at Mushkin was quick to respond and very helpful.

Pros: A very fast SSD for reads and initial at writes. Trim works great on ICH9M and ATTO only looses 3 MB/s over advertised speeds so well within tolerances. CMD with aligned 00 or FF data shows 4k Q32 at over 50,000 IOPS, again very fast drive at advertised values. See warning below but over 30,000 IOPS with randomized data. Real World boot up, apps and just about everything just flies at the click of the mouse. As an OS and program drive this does not disappoint at all. You will never want a standard HDD again after using this. Having the desktop ready and usable at its extremely quick appearance is very addictive. Clicking open a program is not much slower than the second time opening it when it is cached to ram.

Cons: Do not list price as a con, you purchased a SSD and knew what you were purchasing! SandForce SF-1200's have an issue with compressed data. For this reason it loses an egg. If you do allot of writes with picture, video or music files that are already compressed the controller slows the NAND to preserve it. On a fresh drive you will get 140 MB/s write but on a well used drive it auto cripples down to 80 MB/s or lower while ATTO with aligned data stays constant and up to speed both in read and write. The cure is to wait an impossibly long time, I waited 60 hours logged off with no improvement, or do a secure erase and reimage from backup. You then get the full speed writes back. Mushkin said this is all controlled in firmware so maybe there is hope in the future for SF-1200's

Overall Review: If this is your only drive SandForce may not be the way to go. That is if you plan to store and work on pictures video or music in the drive space. This can over time severely cripple the drive with current firmware. If you have to secure erase PartMagic CD image is the easiest way to go. Less than a minute after boot it was done, reloaded the image and good to go. DO NOT RUN CMD with default random data or AS SSD as a benchmark on these drives. The highly uncompressible data will kick the NAND slowdown algorithm in very quickly. Be wary of any benchmark that uses uncompressible data as you will be asking for a premature slowdown. Remember 80 MB/s or even 60MB/s is still not that slow but it isn't what you expect from a SSD. So take this with the grain of salt it is written with. Lastly, this is a drive I would put in a machine for my mom to use. Everything works including TRIM. So I do have a bit of confidence in it and Mushkin.

Pros: GREAT support after my initial experience. The best hardare on the planet doesn't mean much if it's not supported by the company selling it...

Cons: None so far. You may want to research if this is the right drive for you, see TANWare's review below.

Overall Review: This is a follow-up to my review on 8/5/2010. Although I didn't get any support at the Mushkin forums. Nick from sales was conscientious, saw my review here at Newegg, and offered to take care of the matter himself: [1] He talked to the forum admins and asked them to provide better support. It seems there is an additional admin who is pretty active there now. [2] He PERSONALLY answered all of my questions, offered more suggestions to fix the problem, and when all else failed offered a replacement drive, without ANY hassle! He also had the replacement drive benchmarked BEFORE sending to me so there would be no doubt that I would receive a perfect drive. [3] He followed up after I received the drive to make sure everything was taken care of. He has single-handedly restored my faith in Mushkin. I couldn't have asked for anything more. THANK YOU Nick!

Pros: Fast, very fast, will make you never want to go back to a standard HDD

Cons: Died in 4 months, just stopped working out of the blue one day. Its frustrating to have to find another drive and hope everything copied right in the last backup, and return to an old drive. Also, Muskin support is just aggrivating, I have been trying to set up the RMA for 4 hours now, been arguing with them over simple to see solutions.

Overall Review: Tried to RMA, Mushkin no longer has these drives in stock, offered a 115GB and thumb drive with it to replace it, its $60 cheaper then what I paid for mine, so no go. Then they offered a 180GB model but asked that i pay $100 more, yeah..... no go. So i asked if i could have a replacement Chronos 120GB drive, its actually $35 less with the same drive space. They told me because its not the same "technology" they couldnt do that, its ridiculous because its cheaper, and the same size, whats so hard about that? I will never buy a Mushkin product again.

Pros: The Mushkin Callisto Enhanced has the highest claimed transfer rates, read and write, in its class at a moderate price. It turns out Mushkin's claims are not empty. I have two of these in a mirrored configuration as boot disks in a Gentoo Linux box, and they are screaming fast. On a JFS filesystem and using kernel mirroring, it took 2.17 seconds to create a 1GB file. They are, of course, utterly silent, and run extremely cool.

Cons: The included 2.5" to 3.5" mounting bracket leaves a lot to be desired. In a basic screw-in configuration where the screws used don't matter, it'll *work*, and it'll will probably work with most snap-in rails. It uses fine-thread FDD/CDROM-type screws to mount into the drive cage, though, and will not accept standard HDD screws, so if you have a case like the Thermaltake Element G that requires the use of standard-thread HDD mounting screws, it's not going to work. So, if your case uses any kind of toolless or anti-vibration disk mounting, plan on buying different disk adapters anyway.

Overall Review: SSDs are coming down in price. It'll be a long time before they catch up with hard disks, for the same capacity. But in a situation where you have only OS on local disk and all your mass storage is out on network storage, we're already at the point where SSDs can give you all the storage you NEED for not a huge price premium over disks. In this case, the machine runs Gentoo Linux, and the root filesystem is never going to use over about 30GB anyway. With two mirrored 60GB Mushkin Callistos, I have all the disk space I need, blinding speed for even multiple parallel compiles, and 12GB of swap that's closer to the speed of main memory than to regular rotating disk. Combined with a Thuban-core PhenomII x6 and DDR3-1600 RAM, the result is a machine so blazingly fast it'll singe your eyebrows at thirty paces.

Pros: Purchased two of these drives from Mushkin. Initially I had problems getting the performance advertised and Mushkin immediately sent me a replacement. I found that if you simply format the drive once with Windows 7 prior to doing an install, the Read and Writes are crazy fast. But when taking a new drive that’s never been formatted, (even though Win7 will do that during a new install) both reads and writes are consistently slower than advertised speeds. Seems almost like an alignment thing that the initial install of Win7 wasn’t doing correctly, but the full OS format worked. Same thing with both drives, so if you’re having issues with slower than advertised speeds, try this before sending it back. i THOUGHT my pc was fast before...Now I load Win7 64 Ultimate in 13 seconds, Word 2010 opens as if it's minimized.

Cons: I’ve had these drives for 3 months without issue once I got passed the probable alignment issue I was experiencing

Overall Review: Special thanks to Nick Soutouras from Mushkin for all his help and speedy assistance. ASUS P6X58D i7 920. 24GB RAM, NVIDIA GeForce GTX275