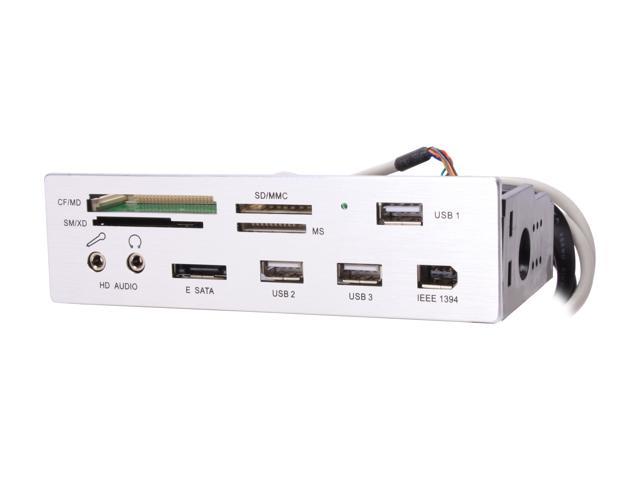 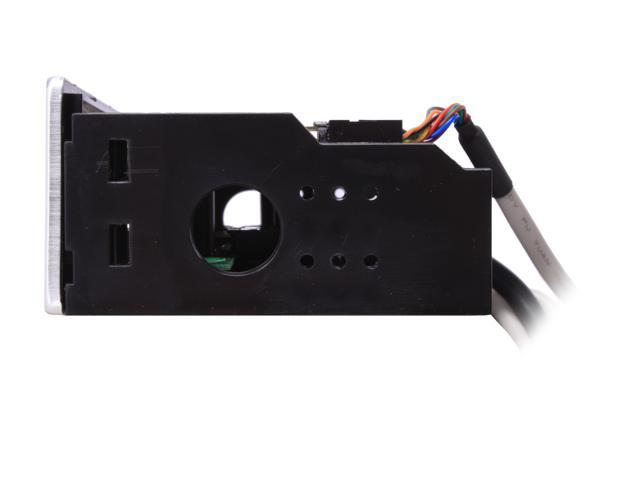 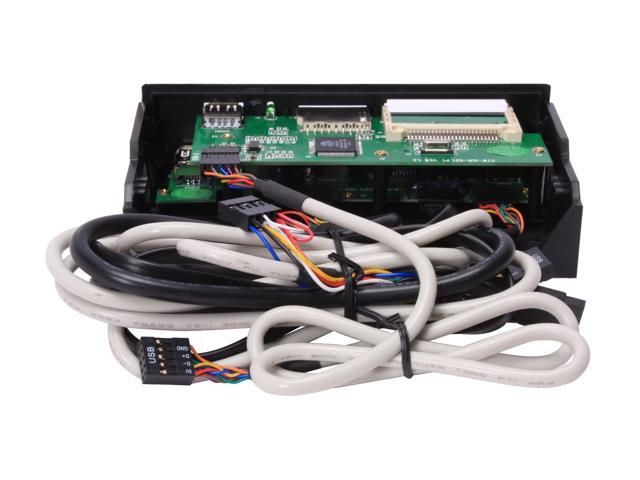 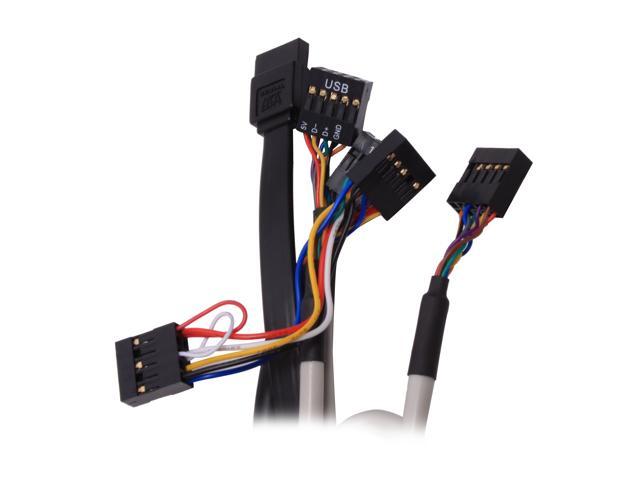 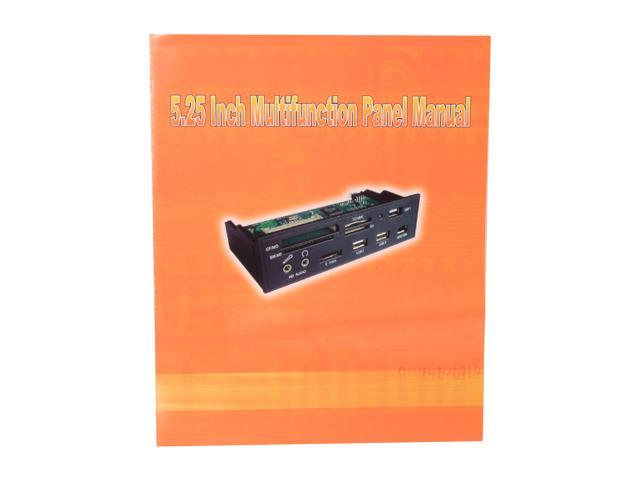 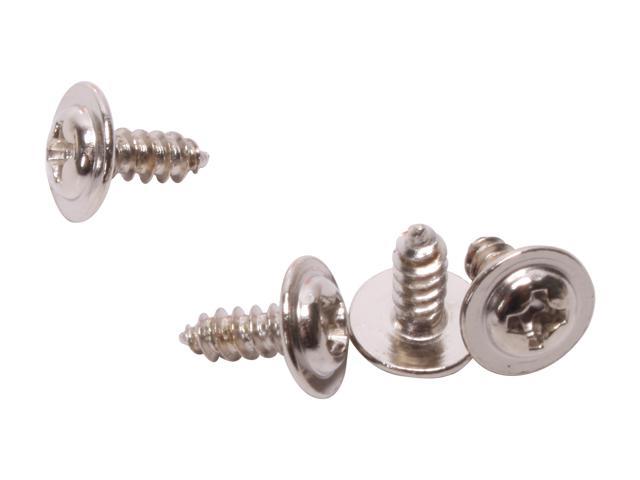 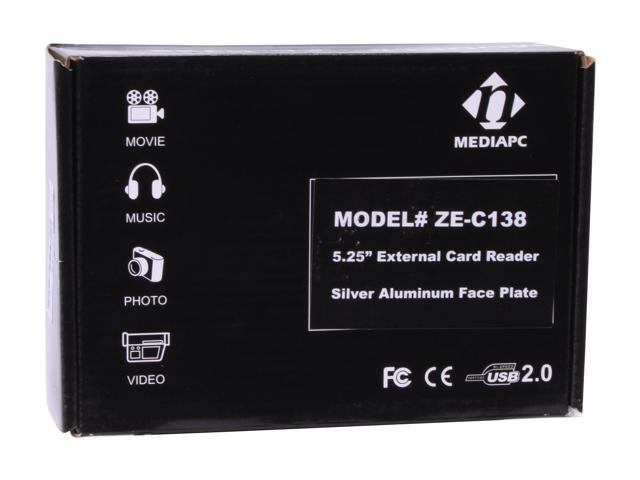 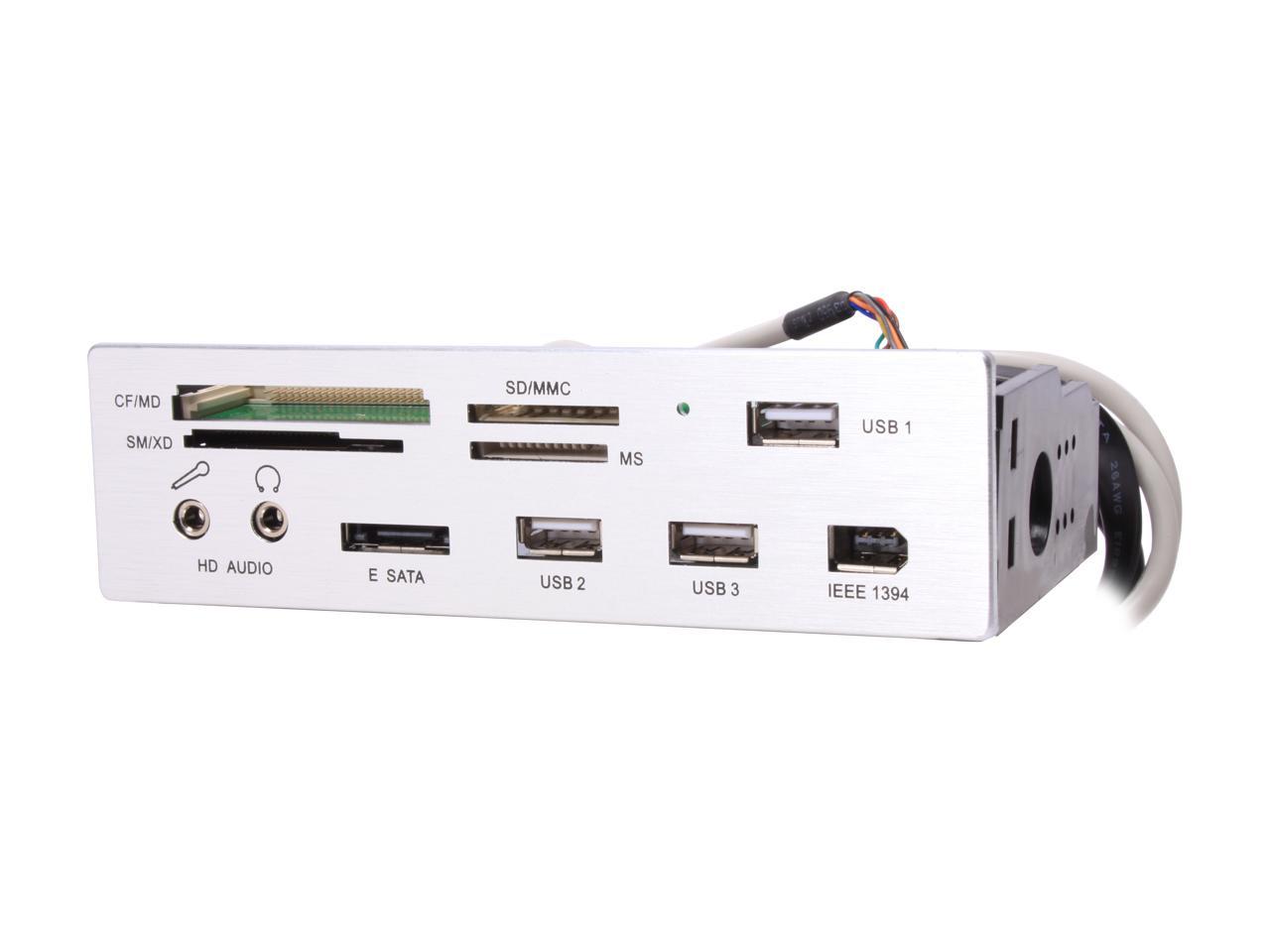 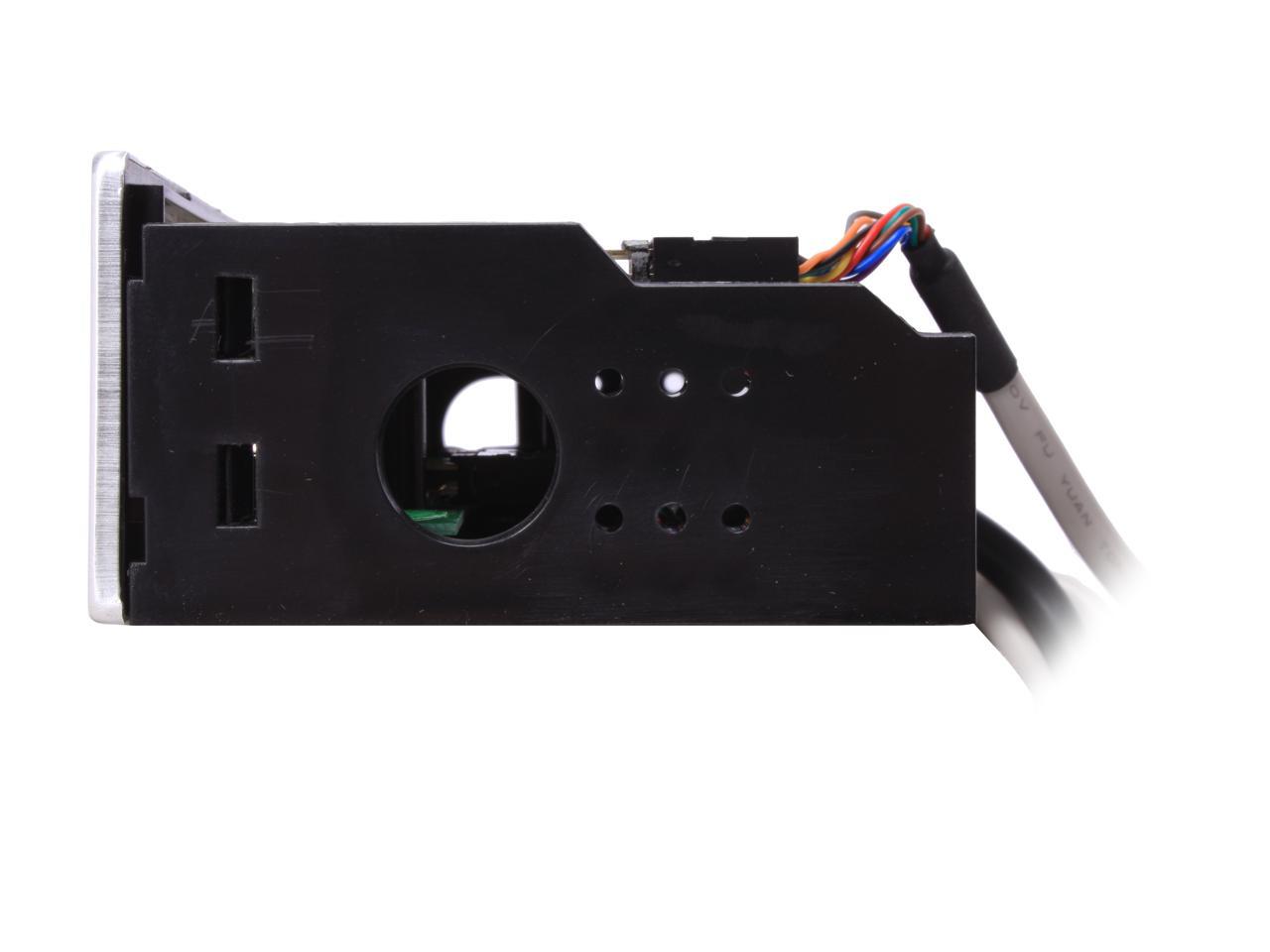 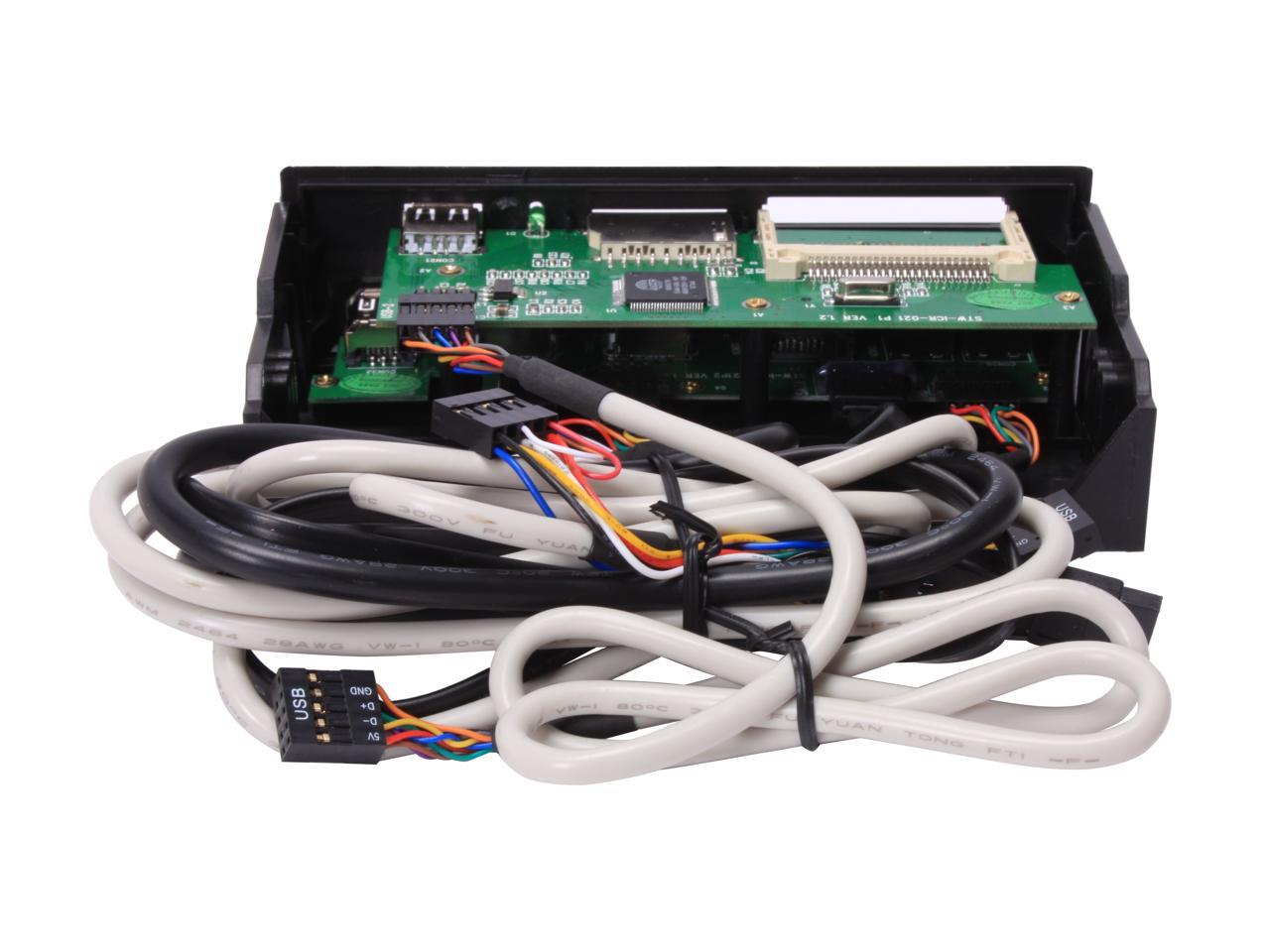 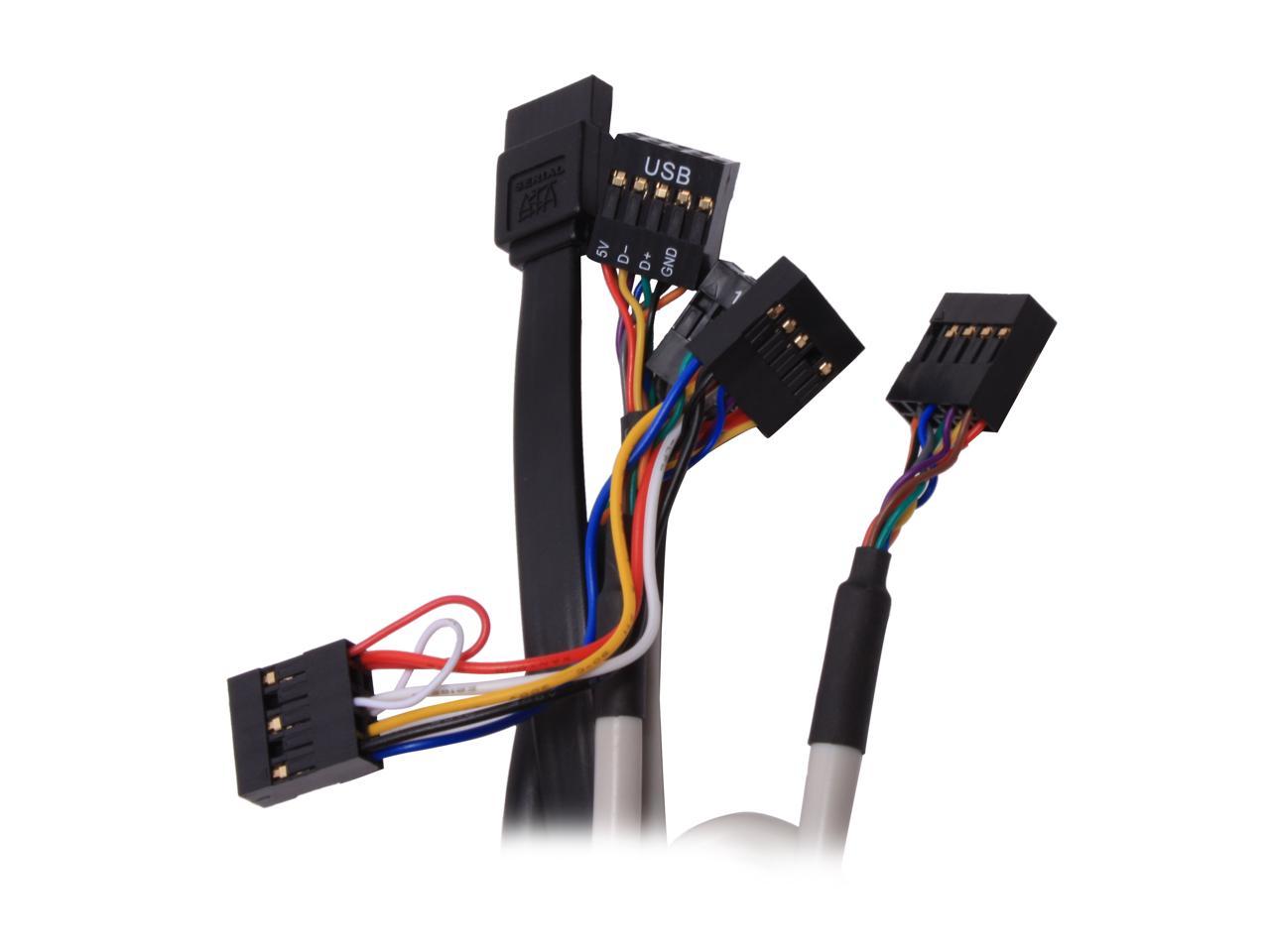 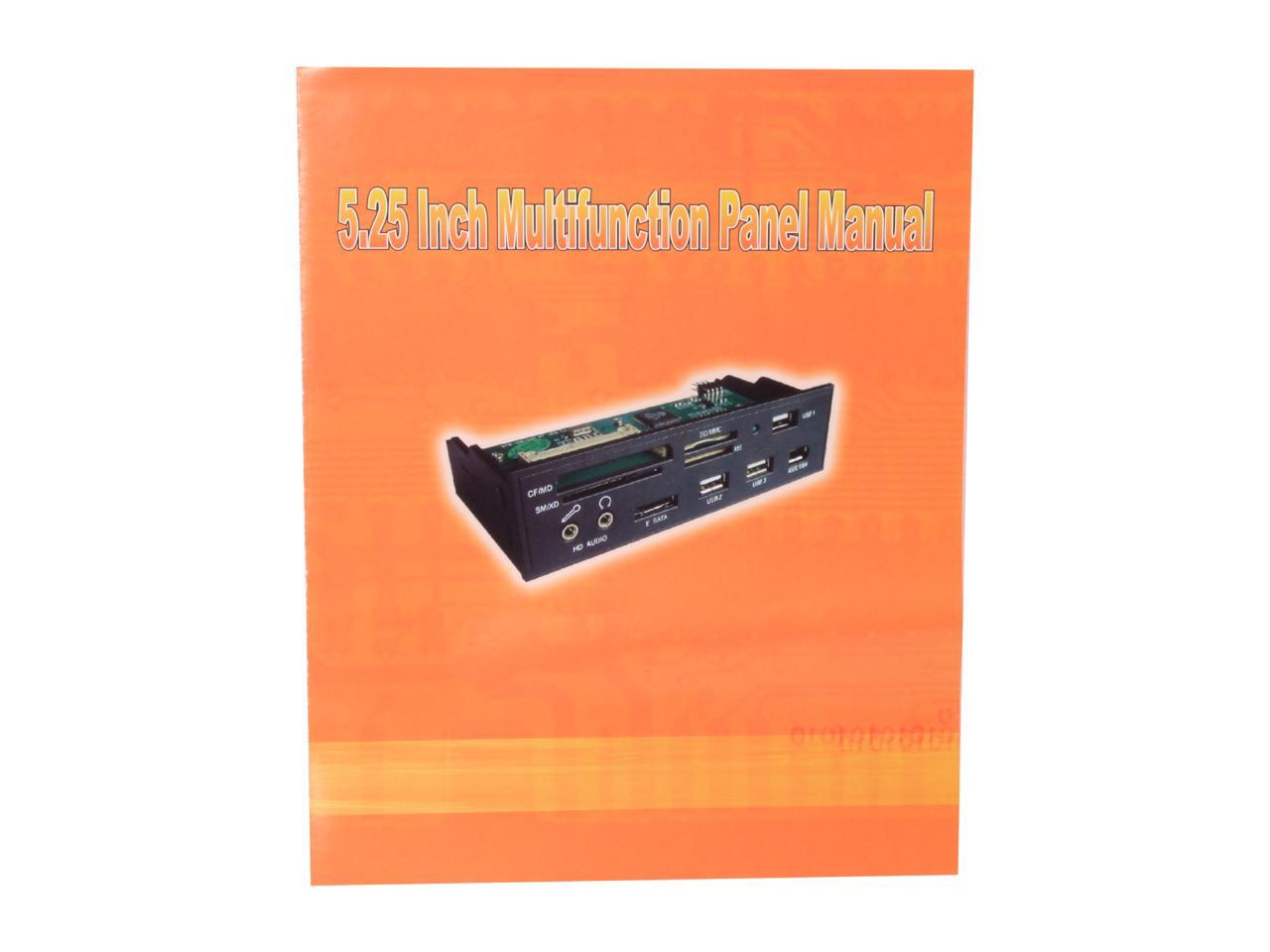 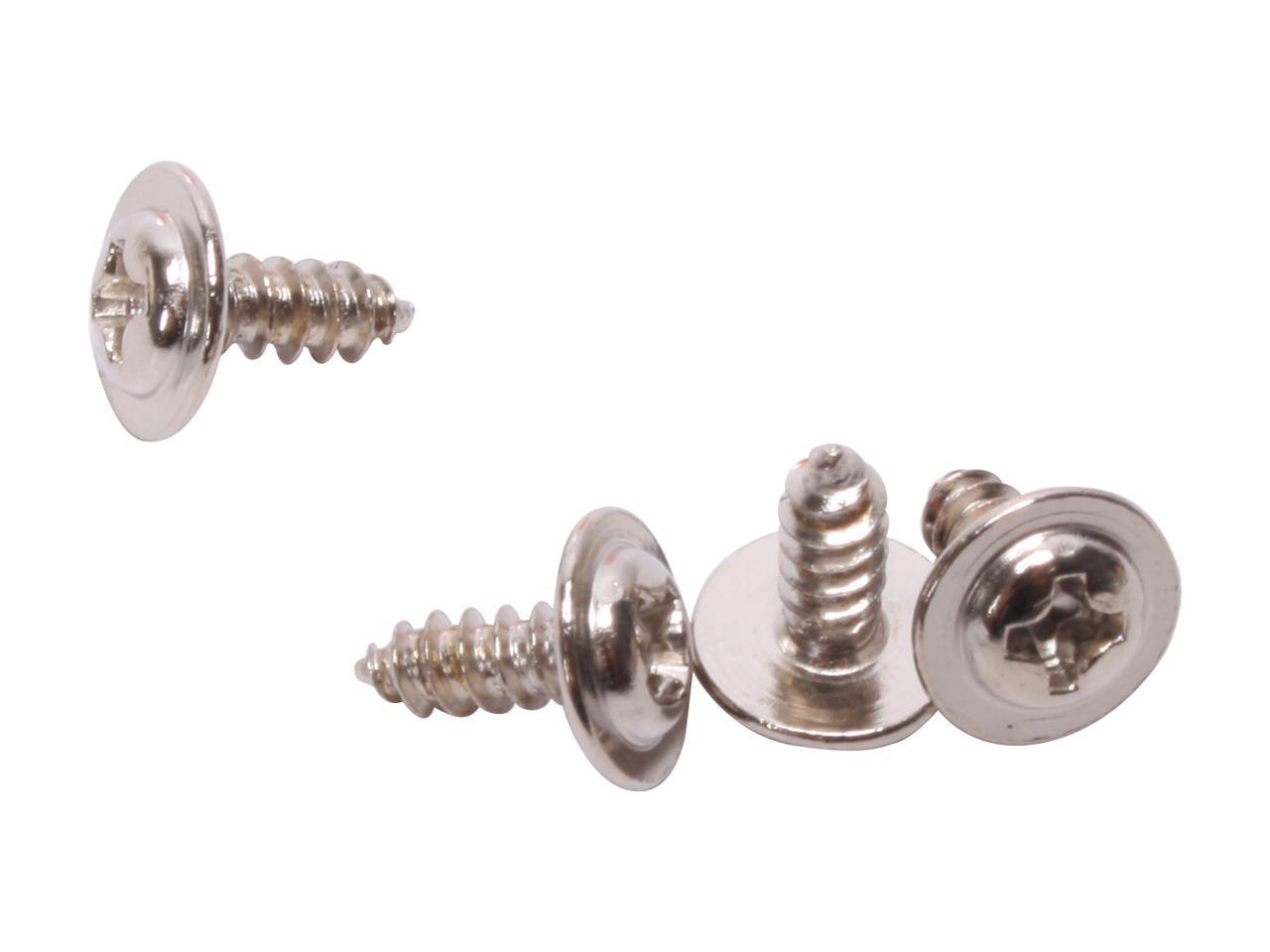 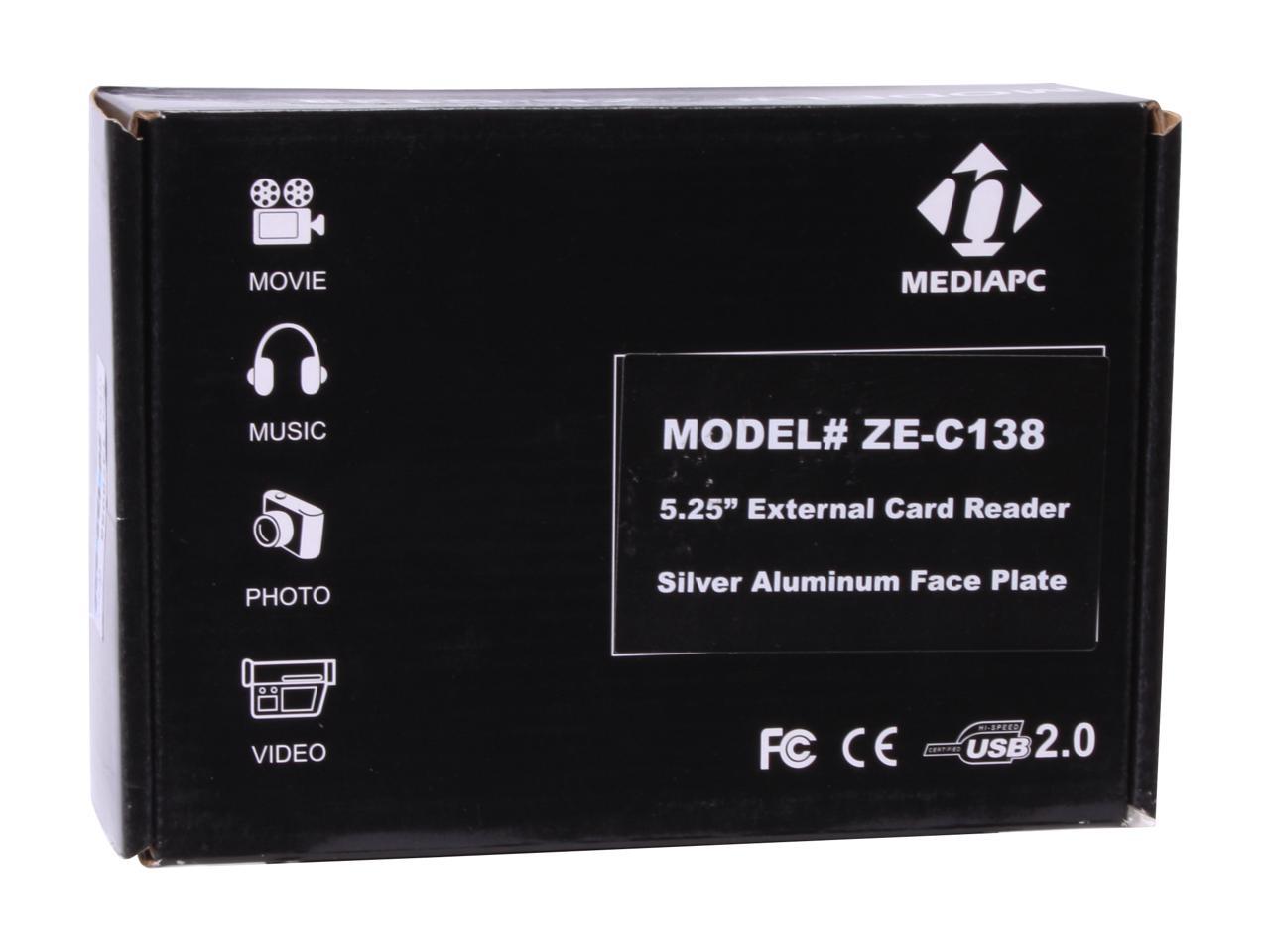 Pros: For the reviewer who thought that this torqued, it depends on your case. There are holes for 12 screws, and 4 screws were provided with the item. There are NO passthroughs through the back of the case. All of the connections are for MOBO headers only. You will need a power supply with SATA power connectors to properly use the eSATA connector and the card slots on this panel. You will also need both USB and Firewire headers on your MOBO to connect this panel.

Cons: None. It's a very clean, internal installation of a front panel and without the messy passthroughs in the back of the case.

Overall Review: You will need the correct power supply and MOBO to fully appreciate this product. If you don't have the onboard MOBO headers and a power supply with SATA connectors, then this is not for you.

Pros: I wanted a 5 1/4" sized panel and this fit the bill. It was a little more money then I wanted to pay, but it works great and it's got "everything".

Cons: It was a little more money then I wanted to pay.

Overall Review: Great for those of us recycling our computer cases that were created before front panel access to a billion interfaces was even a gleam in daddy's eye. :-)

Overall Review: Static charge on my finger shut down the computer after touching metal faceplate. Recommend grounding the faceplate. Usage LED would be more visible if it was mounted in the hole instead of behind it.

Cons: The S/XD slot got messed up on the inside with no explanation. Can no longer take SD card

Cons: Because frame is shallow, it can be a bit unstable in some cases. I have a rail installation system, so I put two screws one each side right next to each other securing it fairly well and it works okay. Others may not be so lucky. I would have preferred a beige faceplate, but my evil wife thinks it looks okay as is.

Cons: Mechanical... it's built pretty cheaply. The cables and connectors are fine, but the problem is the case, or lack thereof. On the Antec case, slide rails must be mounted to the ZE-C138, and if would be nice if the plastic chassis was deeper to allow for a solid mounting to the slide rails. I was able to mount the ZE-C138 to only the front screws (top and bottom) of each slide rail. Thus, you have to be careful to ensure everything is straight and plumb, because of no rear mounting capability to each slide rail. I know cost is a design concern, but it "sure would have been nice" if the plastic chassis would have been deeper (longer), or even made of metal. For those with screw-less cases, you may wish to look elsewhere for this type of product.

Overall Review: The Antec Performance II tower case is beige, thus I didn't want a black faceplate taking up one of the 5.25" openings. So, I ordered this silver one! In hindsight, this was a mistake. Why? Although the contrast of black lettering on a silver faceplate is generally great (and, thus very readable) when viewing from head on, it's extremely hard to read the silk-screened faceplate lettering when viewing from a downward angle due to the sheen of the aluminum. If anyone is looking for such a solution and still has a beige case, make it simple and go with the black version. White lettering on black is much easier to read. Of course, you really don't "have to" read the descriptive labels on the ports, as most of us know what they are, but... but white on black is much easier on the eyes!

Pros: A card reader that works and you can actually see and read the print! Beats the heck out of a tiny 3.5 black reader in the bottom of your case that you have to bow to. 3 usb ports and hd sound. Separate wires long enough to be routed efficiently in case.

Cons: May be redundant in your pc tower.

Overall Review: I used this for a new build in an old alienware case that had no ports in the front. I wasn't sure of the appearance of a silver drive just below the black optical drive in a green case but we like it. The aluminum looks high tech as compared to plastic. May replace the reader that worked temporarily in my P182 case with one of these.