Purchases from these Sellers are generally covered under our Newegg Marketplace Guarantee.
4,191 Ratings (96% Positive)
Shipped by Newegg
Sold by: 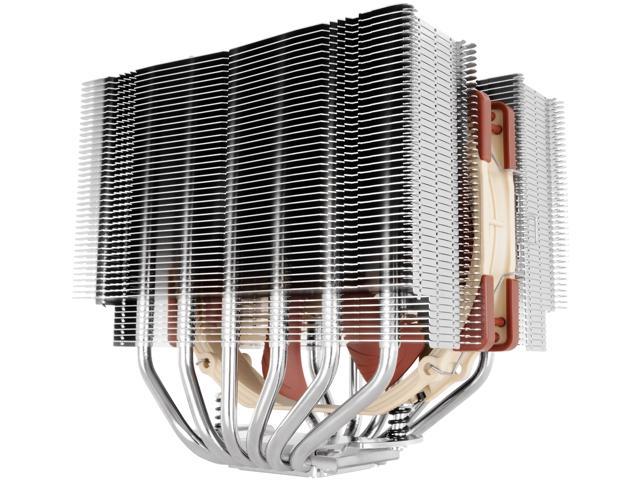 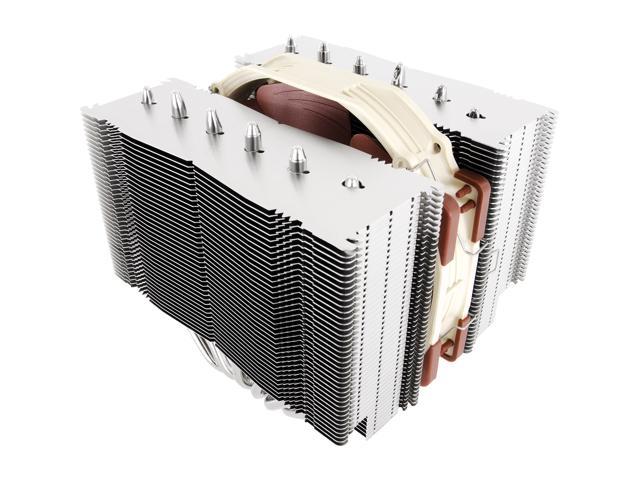 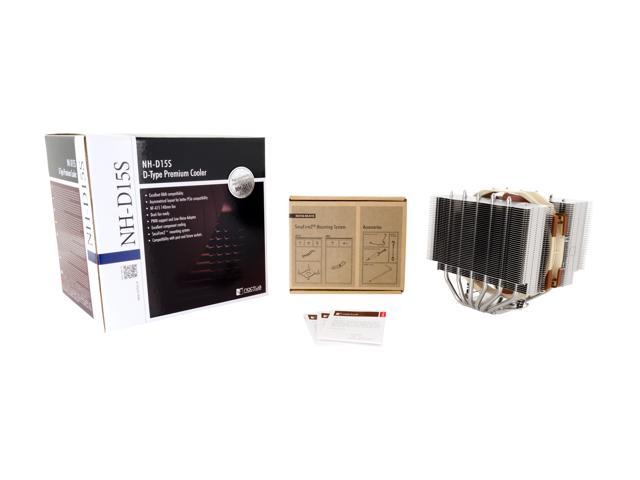 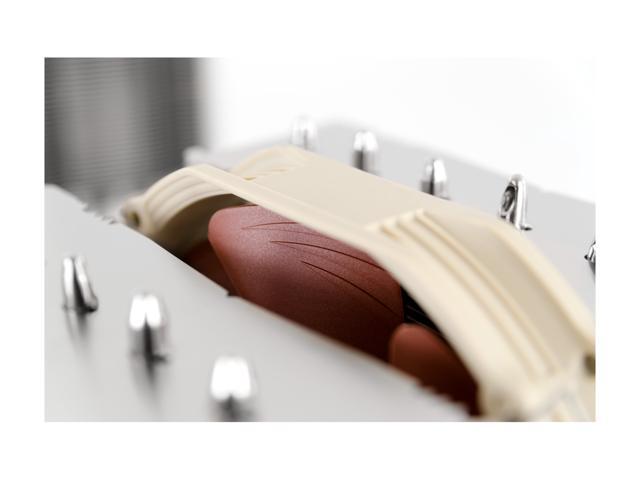 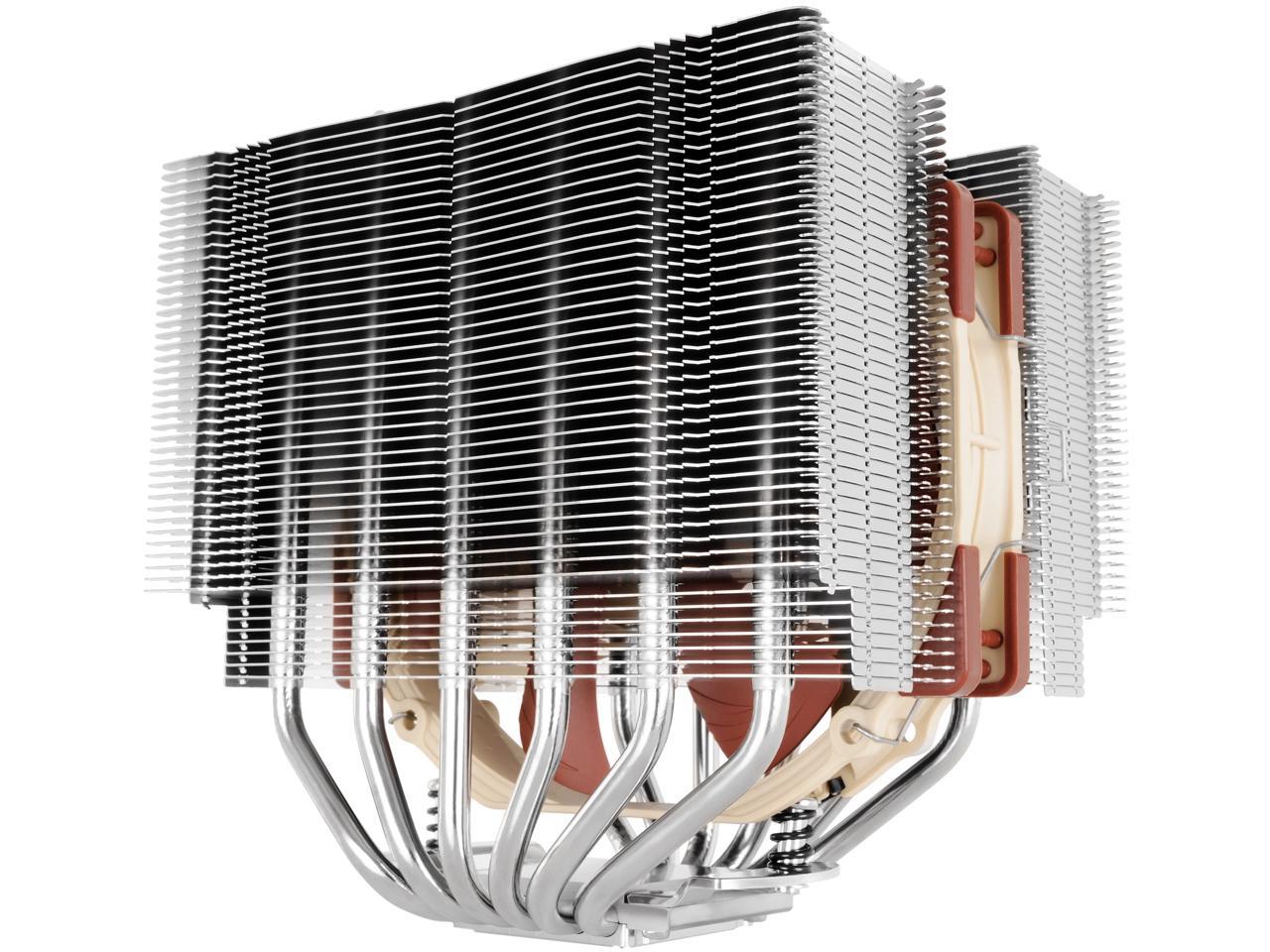 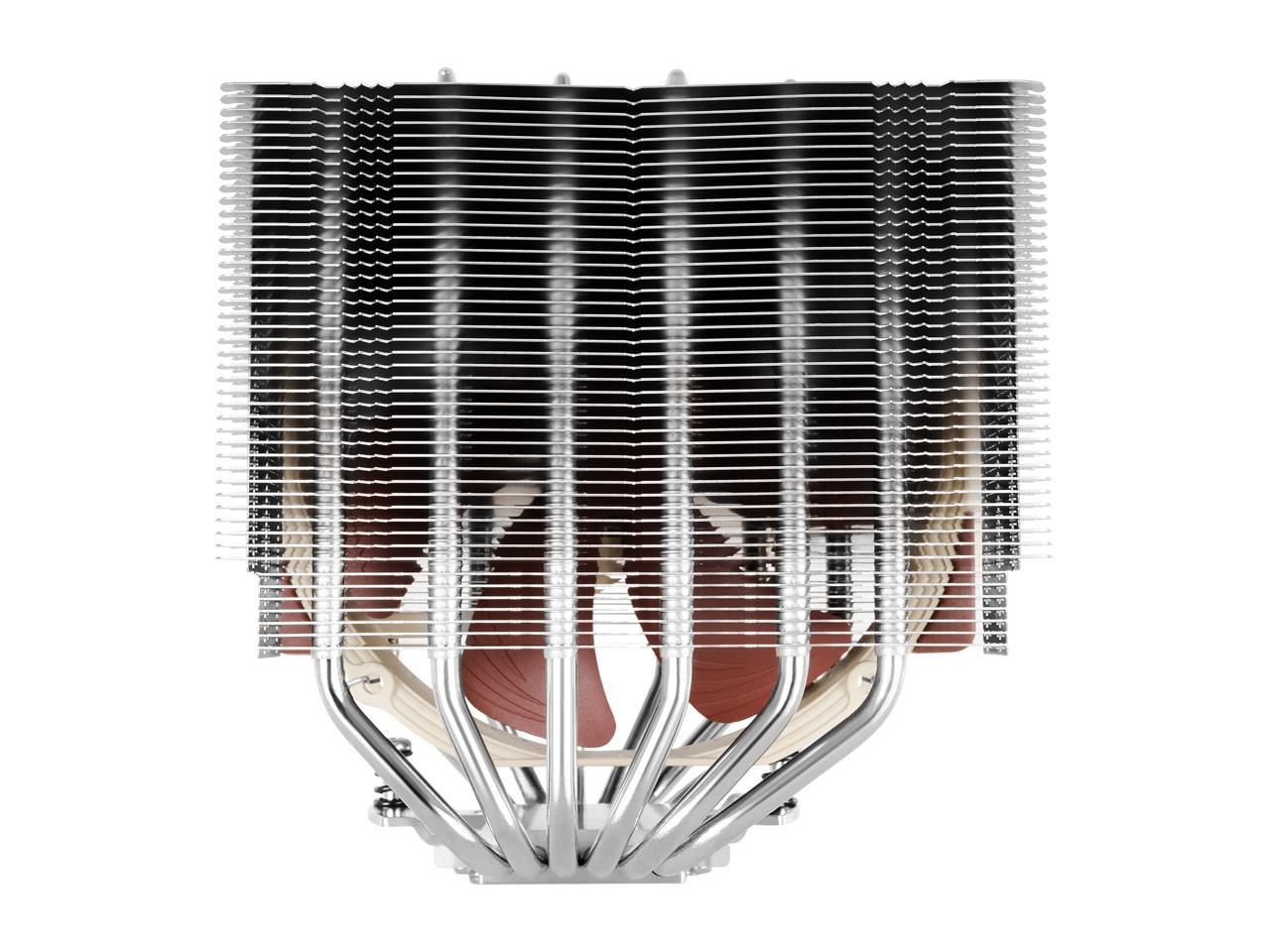 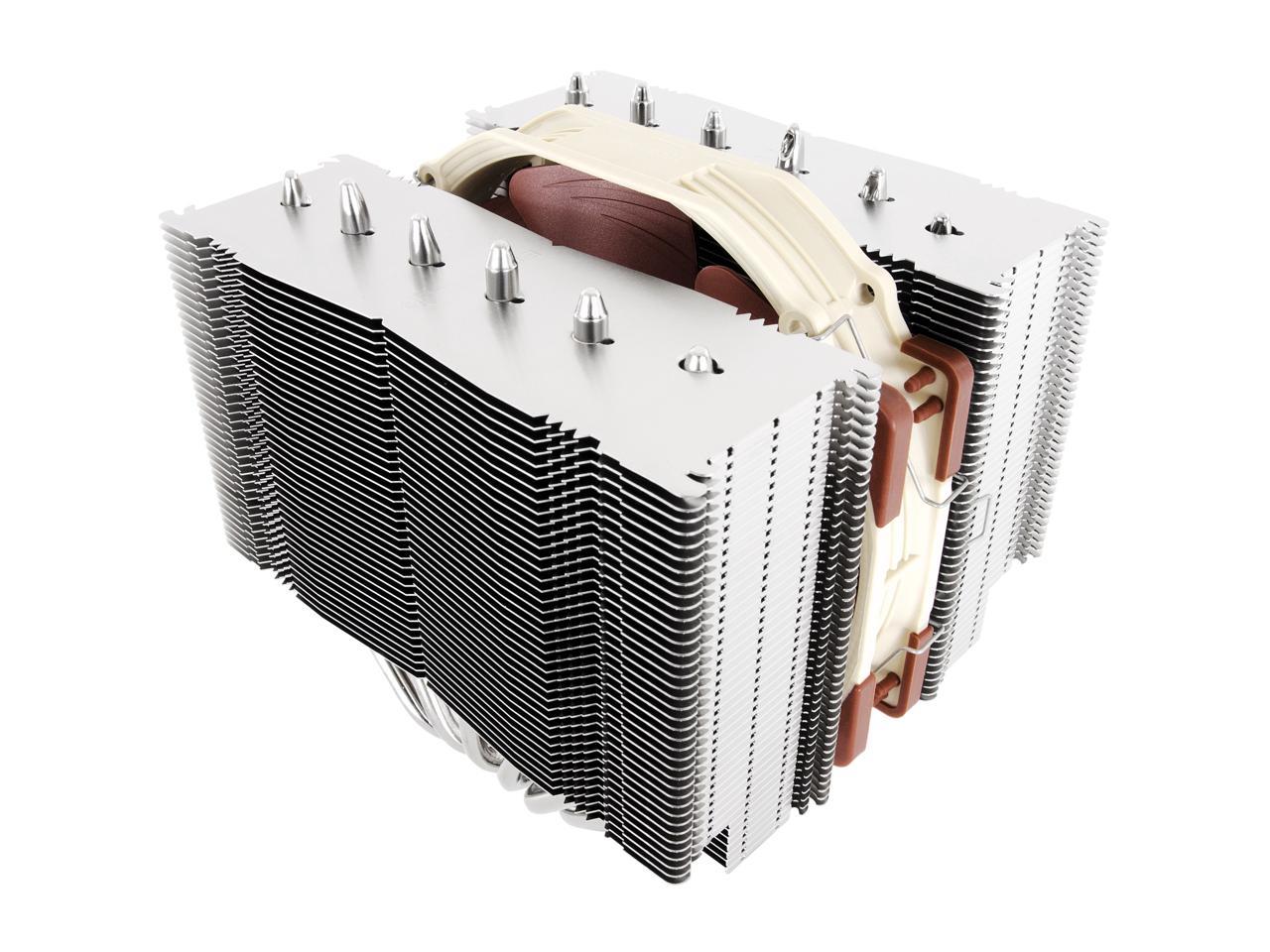 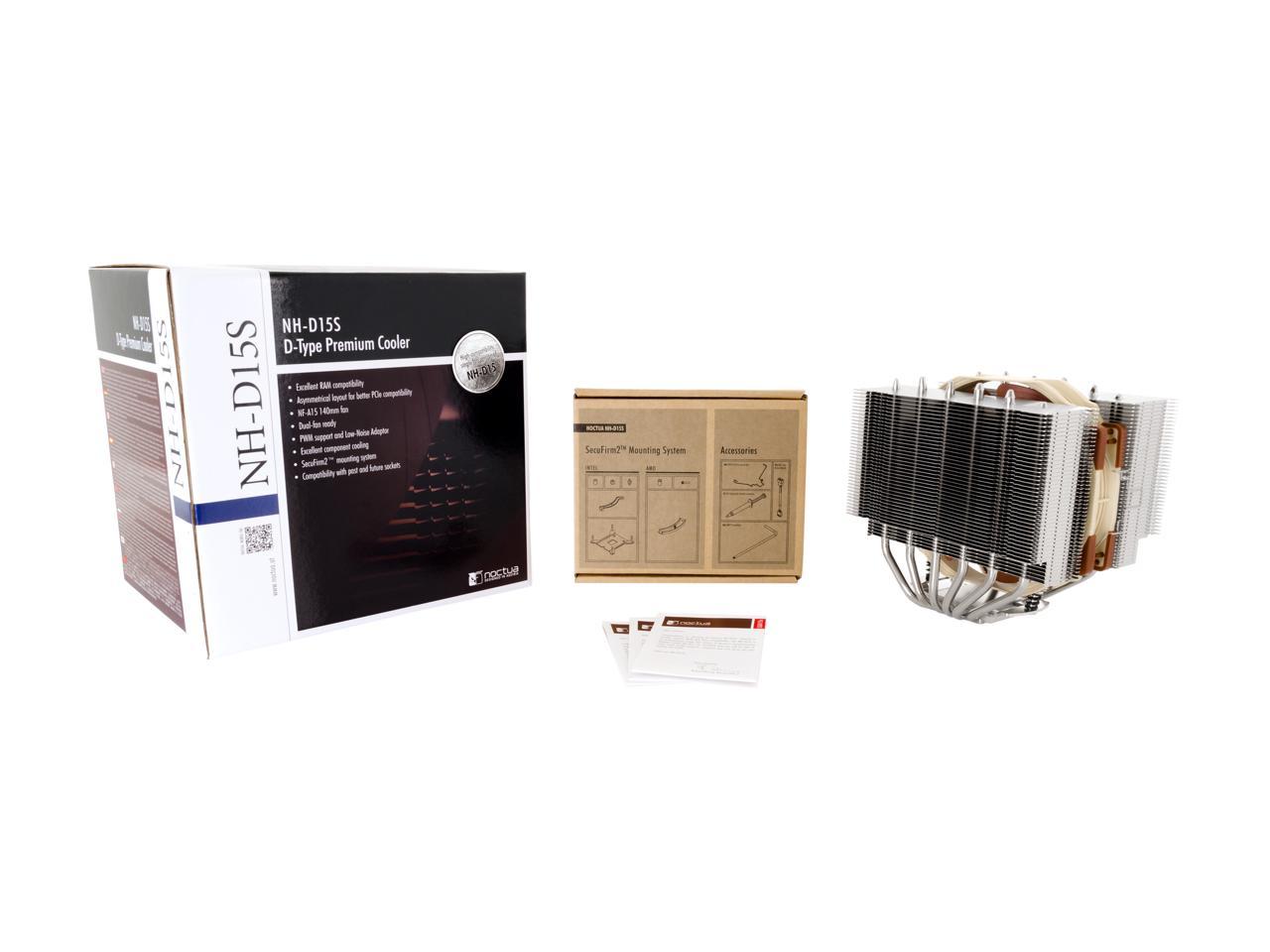 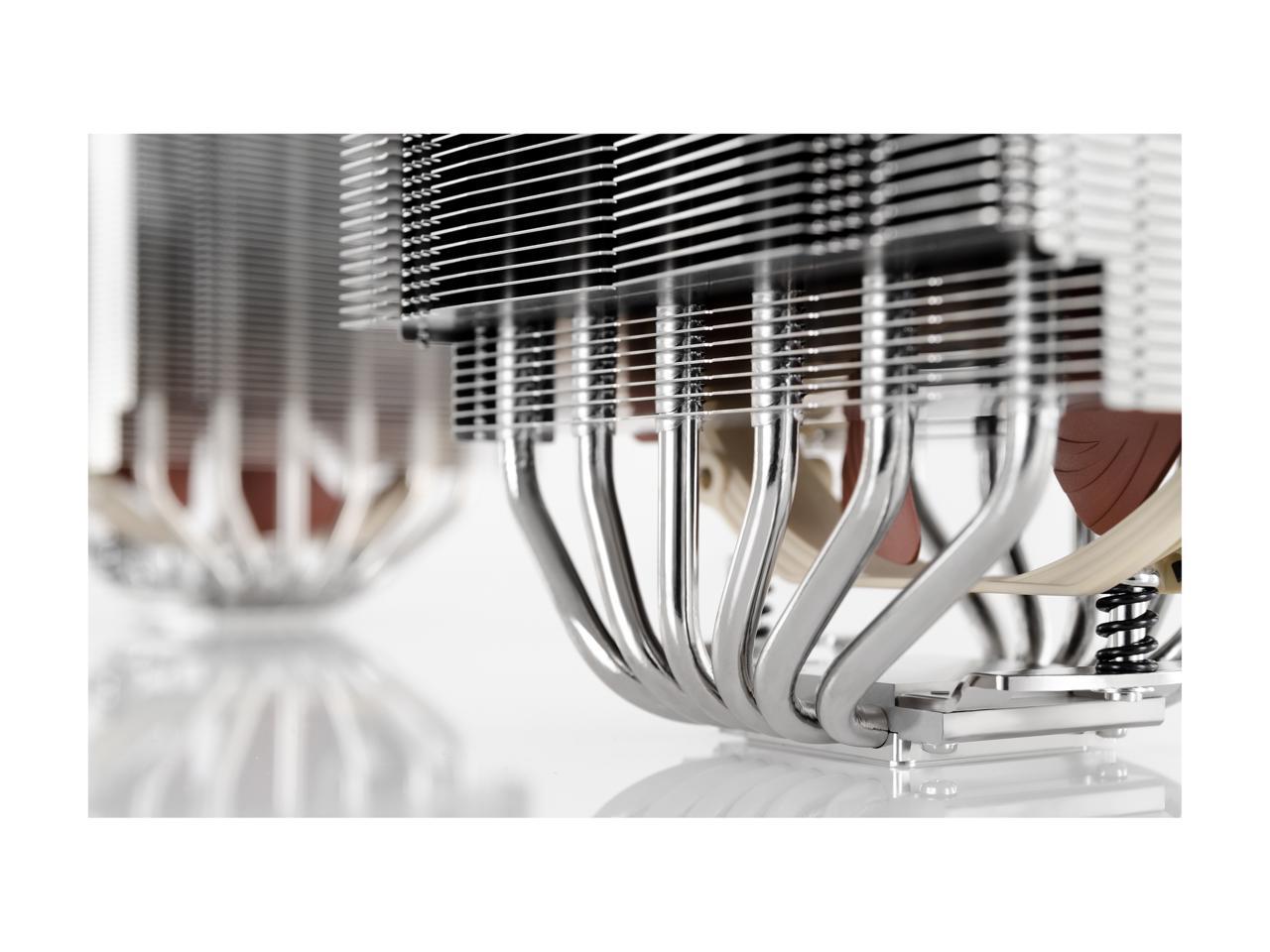 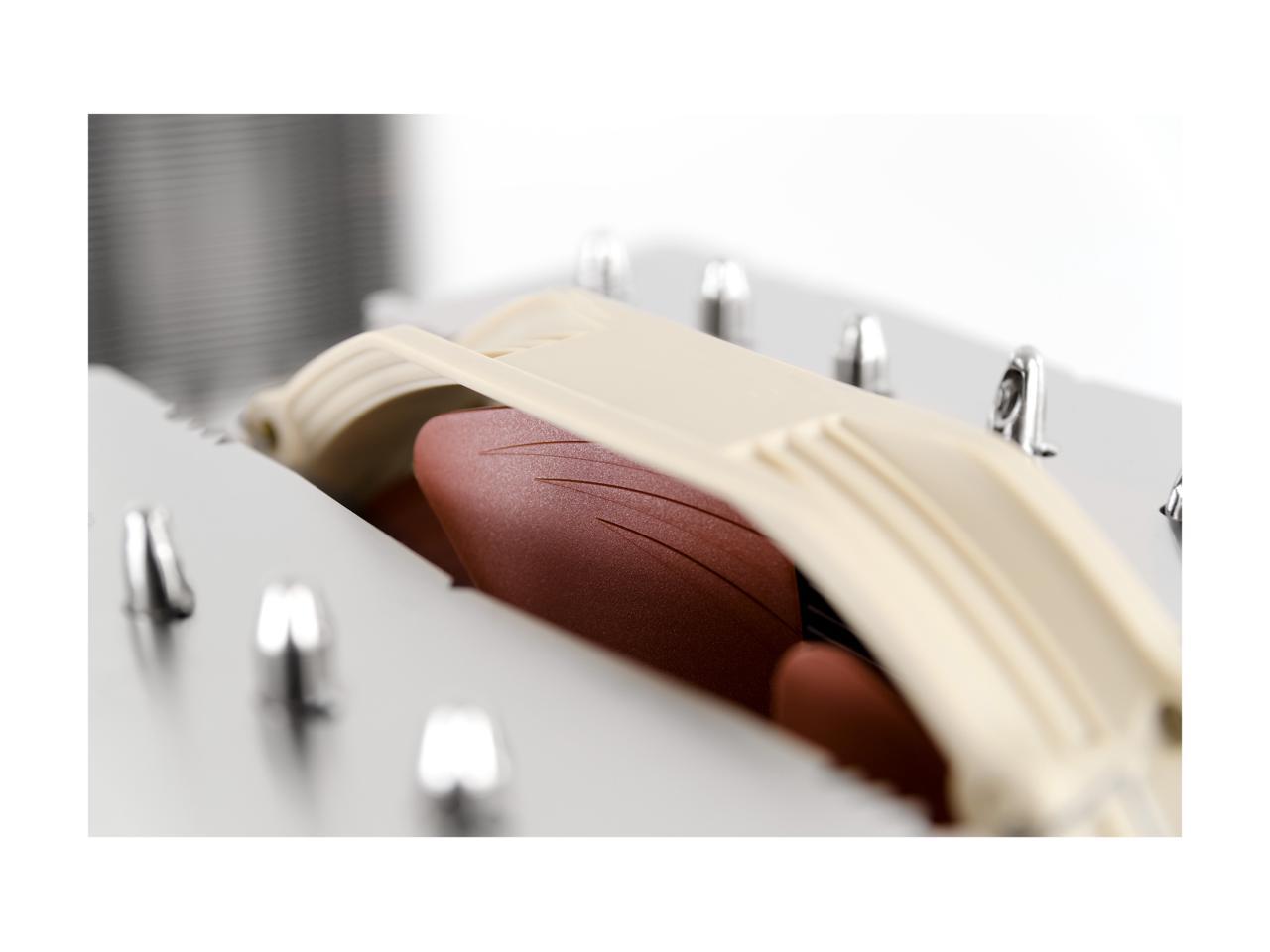 Tailored to provide superior RAM and PCIe compatibility, the NH-D15S is an asymmetrical single fan version of Noctua's renowned flagship model, the NH-D15. Thanks to its asymmetrical design, the NH-D15S clears the top PCIe slot on most µATX and ATX motherboards. At the same time, the single fan setup and recessed lower fins ensures 100% RAM compatibility with memory modules of up to 65mm height. Users who have sufficient room can also upgrade the cooler with either a 120mm or round 140mm fan on the front fin stack for further improved performance in dual fan mode. Topped off with the trusted, pro-grade SecuFirm2 multi-socket mounting system and Noctua's proven NT-H1 thermal compound, the NH-D15S forms a complete premium quality solution that combines dual tower efficiency with excellent compatibility and flexible upgrade options. Using the supplied extra fan clips, the NH-D15S can be upgraded with either a second round-frame 140mm fan with 120mm mounting holes (such as the NF-A15), or a common 120mm fan (such as the NF-F12) for improving performance while maintaining compatibility with RAM modules of up to 45mm height.

Learn more about the Noctua NH-D15S

Pros: Larger than the last Noctua cooler I purchased (UP 12, I think), 6 pipes for each block. This one has a "stepped" fin design providing extra clearance to nearby components. On my new build, there is at least an inch of clearance above the memory modules. I could have gone to water cooling, but realized this was actually as quiet and with less moving parts to go wrong.

Cons: Measure your case carefully. I purchased a new case as well, a ATX full tower, to provide both adequate clearance for this cooler and USB 3 ports.

Overall Review: Holding it for the first time in your hand is quite an experience. It's bigger than you think. You will want to take a selfie with it. It can be installed in two different orientations, so plan this carefully. In my case the fan is blowing the cold air up, this gives more room for PCIe cards but blocks some memory DIMMs, which fortunately wasn't a problem for me. I highly recommend dry-installing it (without a paste) on a board when it's on a flat surface, before doing it inside the case. It is silent because it uses a great quality fan which also rotates around 800rpm in my case, keeping the i9-7900x at 32C on idle and I haven't seen the temps above 45C even when I'm compiling.

Overall Review: The D15S provides ample room for RAM and PCI compatibility, as advertised. I had no problem installing Corsair Vengeance RGB RAM after the cooler was installed, and my RTX 2070 fit on the topmost PCI slot on my mobo.

Pros: This is my first PC build after nearly 15 years. Even though I wasn't much familiar with the build process, the instructions included was really very simple to follow. I was not comfortable with the idea of liquid cooling (concerned about potential leakage damage), so Noctua NH-D15S was a natural choice for my 8700k. I'm using GSkill Trident Z RGB 32GB Ram and there was ample amount of clearance between Ram and cpu cooler. I'm very pleased with this purchase.

Overall Review: Wonderful cooler. However, if you decide to purchase a second identical fan (for which the mounting clips are provided), the *retail* version of the fan that is included with this cooler is *not* the same fan. I have verified this with Noctua support after noticing a difference in fan speeds. The NF-A15 PWM fan that is included with the cooler runs at a max of 1500 RPM, while the NF-A15 PWM identical colored fan that is purchased separately (called Retail by Noctua) runs at a max of 1200 RPM. Be aware of this if you are purchasing an additional fan. I have suggested to Noctua that they change to model number to reflects this because it is misleading to the consumer since the model numbers match, therefore the fans should be identical. They suggested that I buy the black "chromax.swap" version of the fan, which runs at the higher speed, but doesn't match in color, which I didn't want.

Evan D.
Ownership: 1 week to 1 month
Verified Owner
Superb Cooling But Size Can Make Installation of Other Components Difficult5/18/2018 5:19:36 AM

Pros: - I have not been able to get my Intel i7-8700k (running at max without overclocking) above 55C in an ambient temperature of 21C. CPU idles at around 38C. And my case doesn't have particularly good cooling properties. - Great construction and quality. - Pretty quiet unless running at high rpms. - Includes good tube of thermal paste (no need to purchase your own) - Good printed instructions included. - Fan detaches for easier installation. You can also add another fan. - You get a nice metal-like Noctua logo sticker you can stick on your case. It's a bit bigger in size than the typical Intel sticker.

Cons: - The fan is a rather ugly color that doesn't really go with any modern post-1990s case/mobo - Obviously, this is not a cheap CPU cooler. - Huge size made it tricky to install/wire some other components on the mobo (details below)

Overall Review: I have this CPU cooler supporting my Intel i7-8700k in a Fractal Design Define R6 case (tempered glass version). I also have an EVGA GeForce GTX 1080 FTW2 iCX GPU which also cranks out heat. My case is designed to minimize noise, often at the expense of cooling. That said, I haven't been able to crack beyond 55C on my CPU with this cooler installed, and have a 38C idle temp in a 21C ambient temp setting. I still have the top on my case (so no airflow there) and am just using the three stock 140mm fans that came with my case (two front intake, one rear exhaust). Honestly, without a high-end liquid cooling setup, I don't think you can do much better than this air cooler. So why not five stars? I have a ASUS ROG Maximus X Hero motherboard (with wifi, although that doesn't really change where things are on the motherboard). The Noctua website notes that this cooler is fully compatible with this mobo. Having installed the CPU, this cooler, and my RAM on the motherboard before installing the motherboard in the case, I spent upwards of an hour combined trying to plug in the CPU fan, plug in a fan hub, plug in CPU power, and install a PCIE M2 SSD. Why? Because there wasn't much space for my big hands to finesse the cables and the M2 SSD cover around the huge heat sink. It can also be tricky to get the top left and middle ATX mobo screws in with the heat sink in the way unless you have a really large case. You need a long and narrow screwdriver (the cooler does come with one, but there's no handle on it). While I was able to get my 1080 graphics card in without too much trouble, I think I'll have to uninstall the CPU cooler if I ever want to take it out...because I can't get enough leverage to push down on the tab and pull it back out (without pulling a chunk of the mobo with it) with the cooler's heat sink in the way. On the bright side, there's actually enough room to install more RAM (even those with large heat sink fins) without having to take out the cooler. Overall, this is an excellent cooler, but if I were doing it again, I would install the cooler after I installed most of the other components, especially the things near the CPU.

Pros: Yes I went back from a large custom water system to this, and went from 29C OC'd at idle to 25C, couldn't believe this! Never gets into the 40'sC gaming. No annual draining and cleaning the water block annually. I did add a 2nd 120mm e-loop fan to front. Fans dead quiet!

Cons: Ordered the black Noctua fan, I think they put the beige fan there knowing you'll opt to buy the black one later. Need their "round" fan for a 140 to fit.

Overall Review: Easier to tinker with components without the water cooling to mess with. The all-in-one water coolers I've seen have noisy cheap pumps. For the newest cooler CPUs this thing is overkill!

Pros: Improves upon its predecessor )which I also owned), the NH-D14. Fixes the two major gripes of many people: RAM and PCI-E clearance issues Cooling on par with the NH-D15

Cons: Big and heavy: case compatibilty issues. But really, for how well this thing performs (and others in its class) there is no way around the size and mass. I'm not going to knock it because of this, but more highlighting it as an FYI to hopefully save a headache or two :)

Overall Review: Sister to the NH-D15, the two main differences of this model (NH-D15S) are the lack of the second fan and the heatsink offset. I personally think this is a smarter choice than the standard D15 because the offset ensures no issues with any PCI-E (GPU or NIC or whatever may be there) and the second fan really doesn't add anything to cooling performance (and causes the clearance issues with RAM)