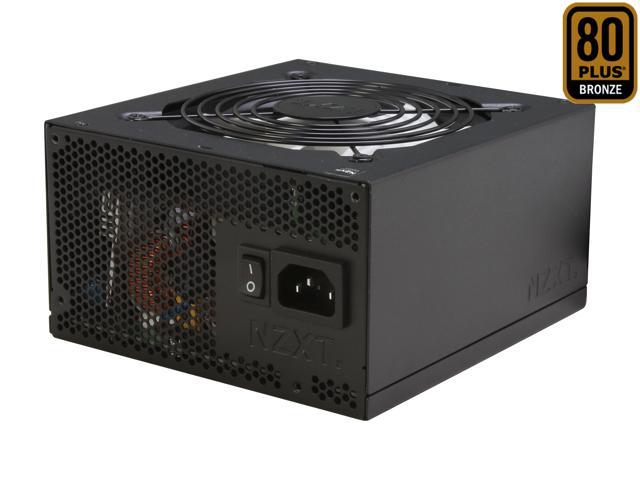 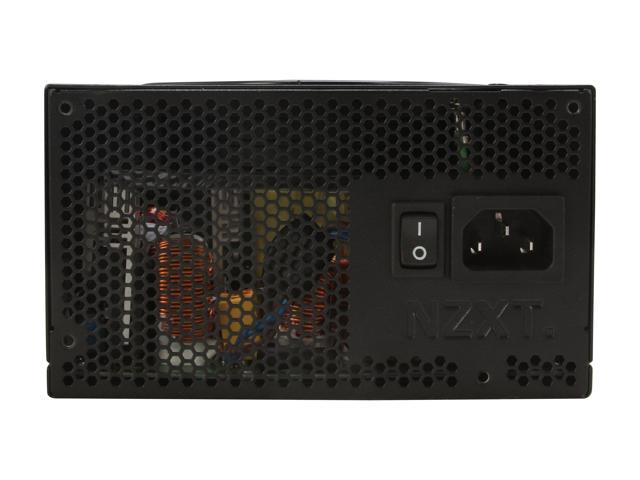 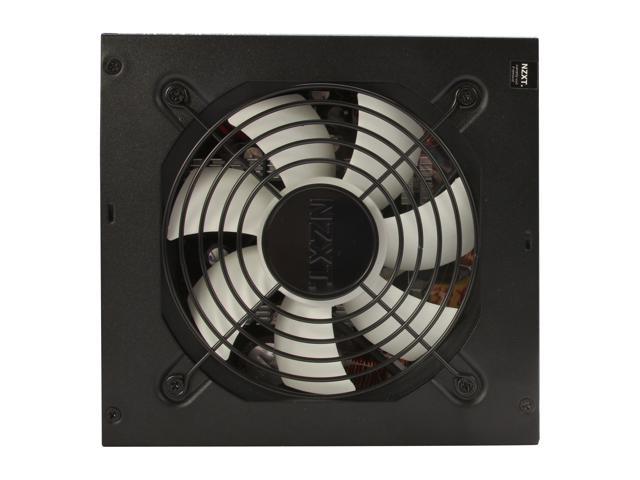 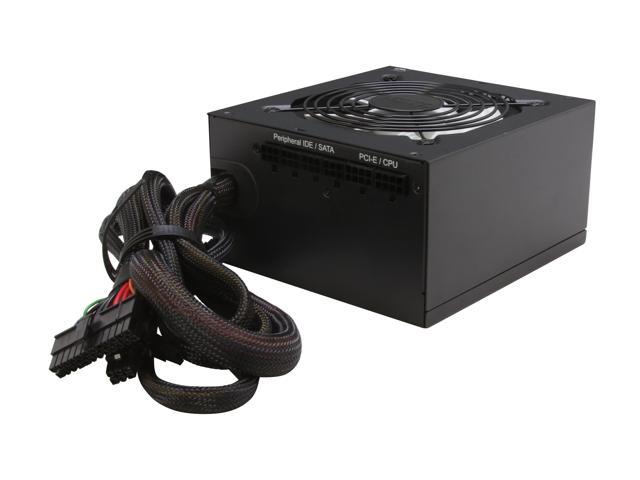 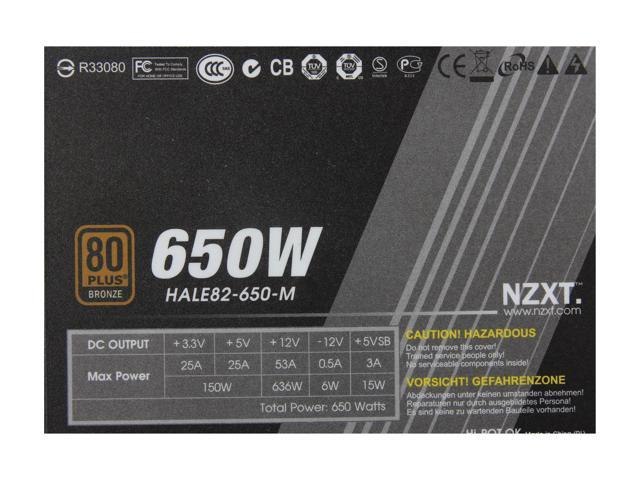 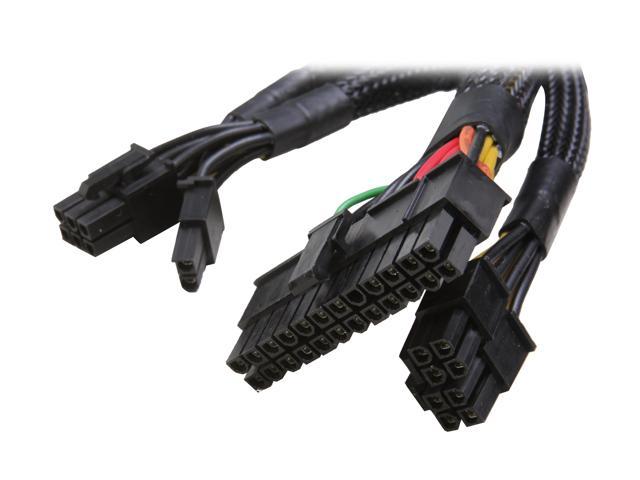 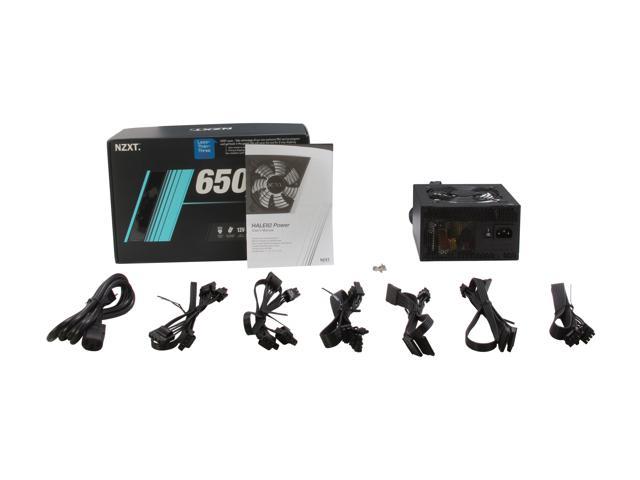 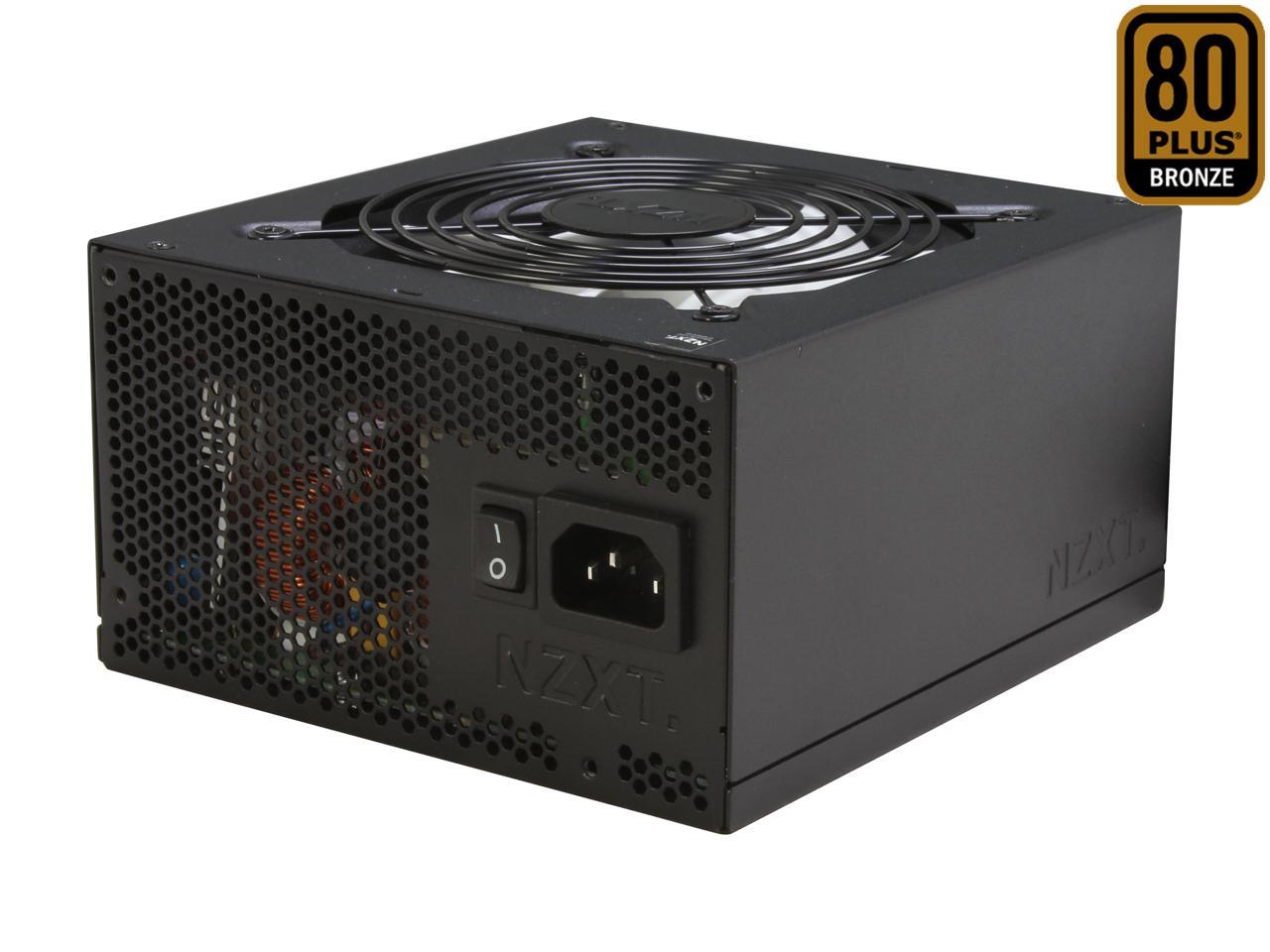 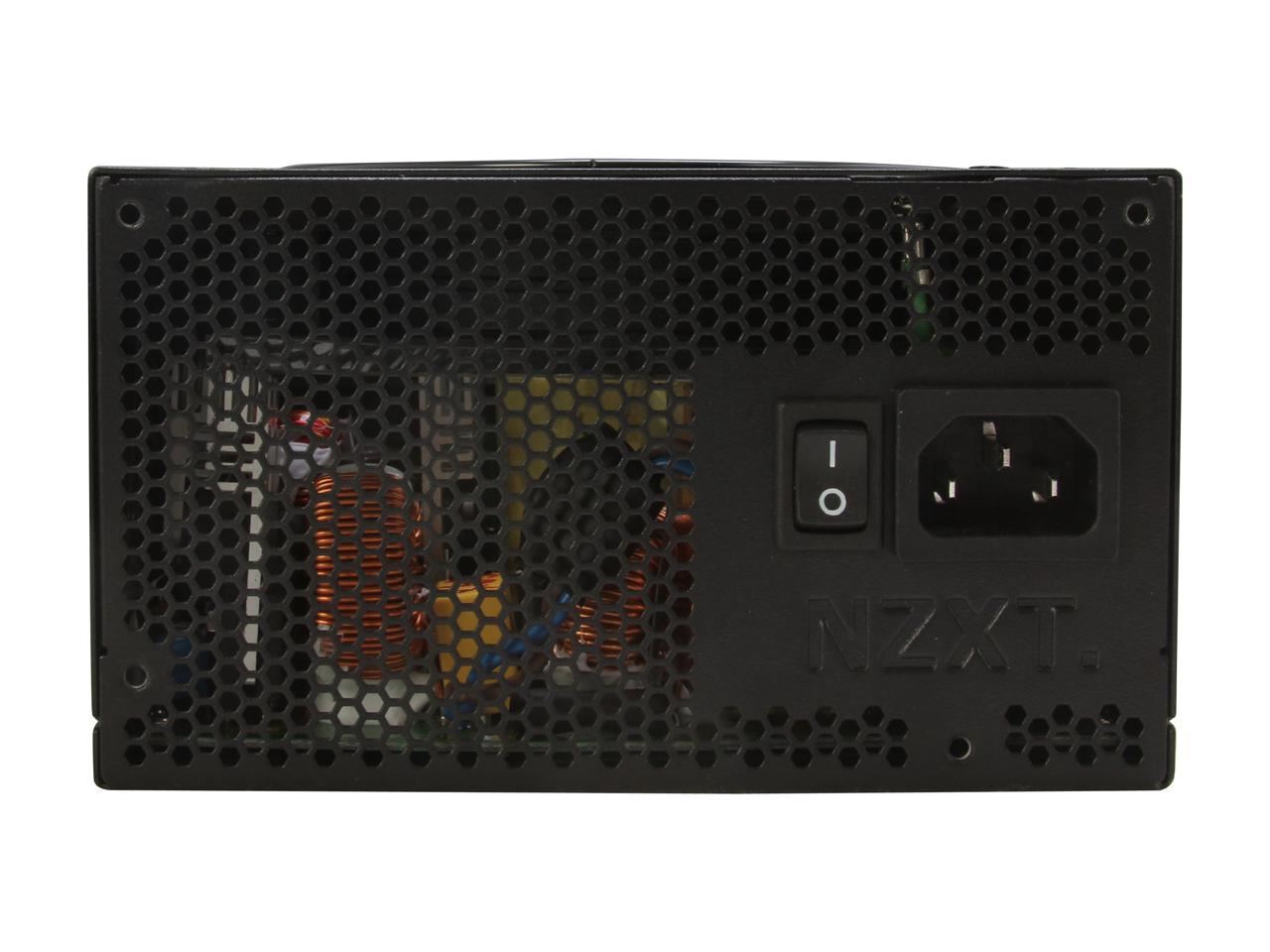 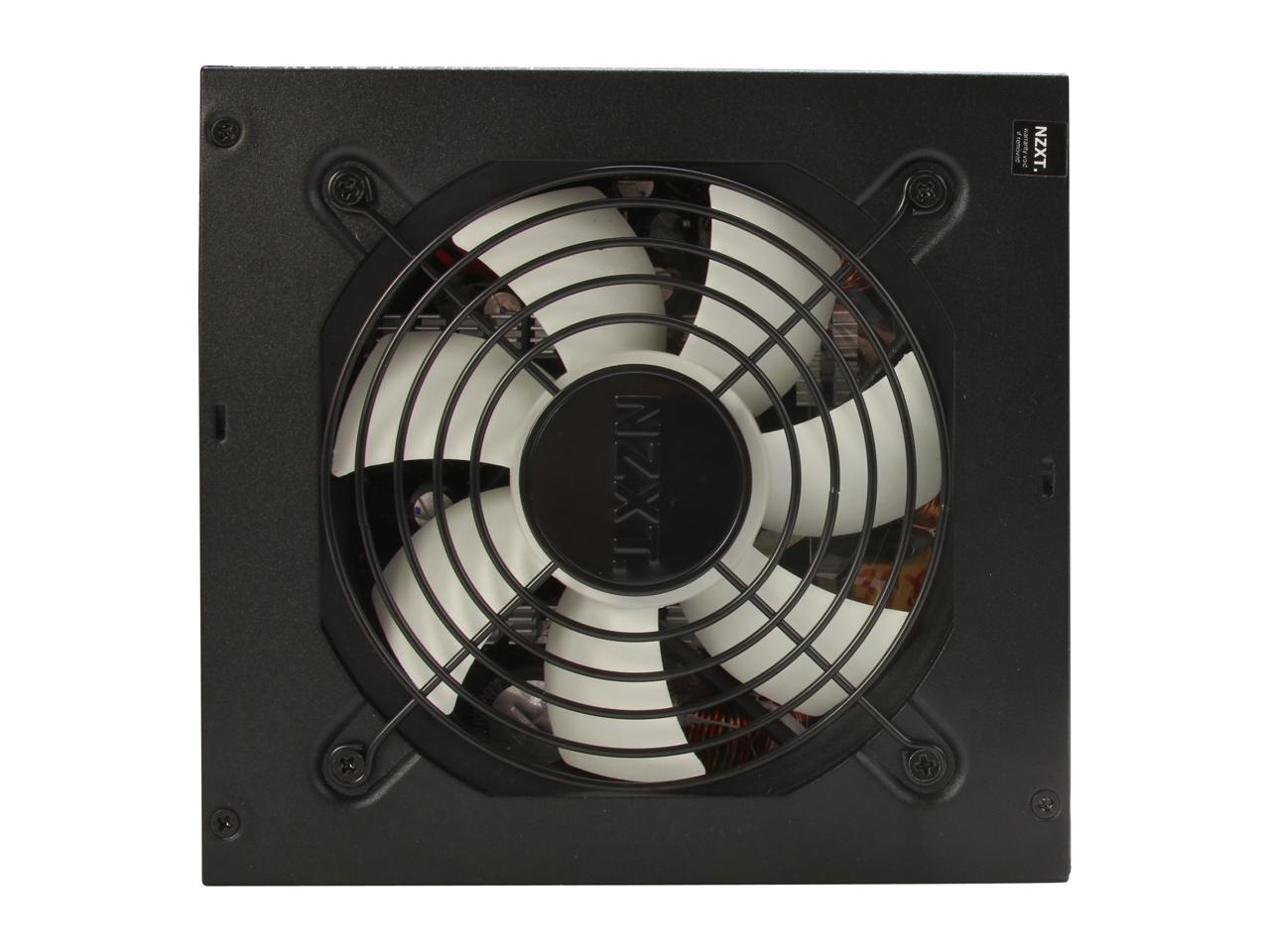 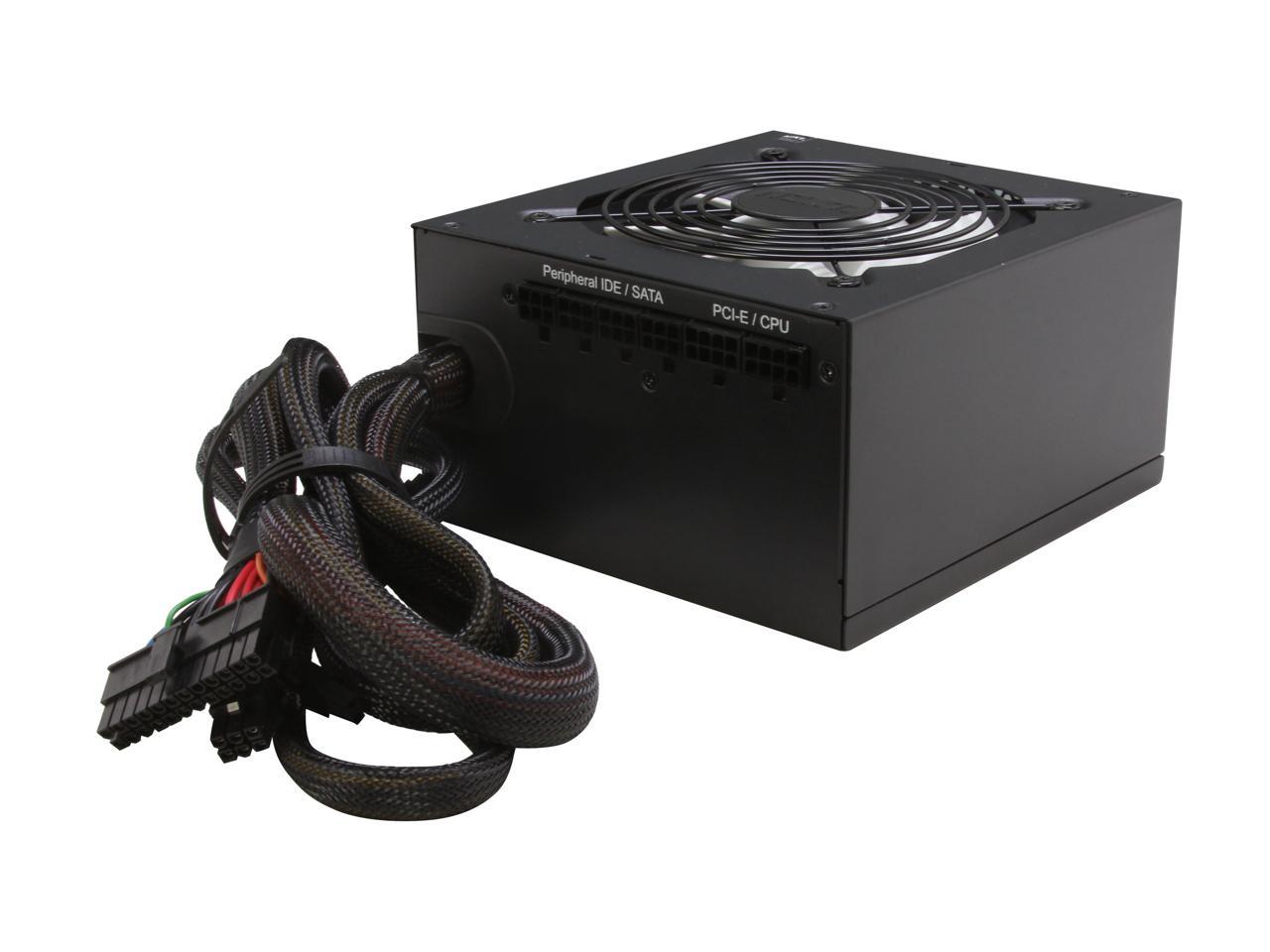 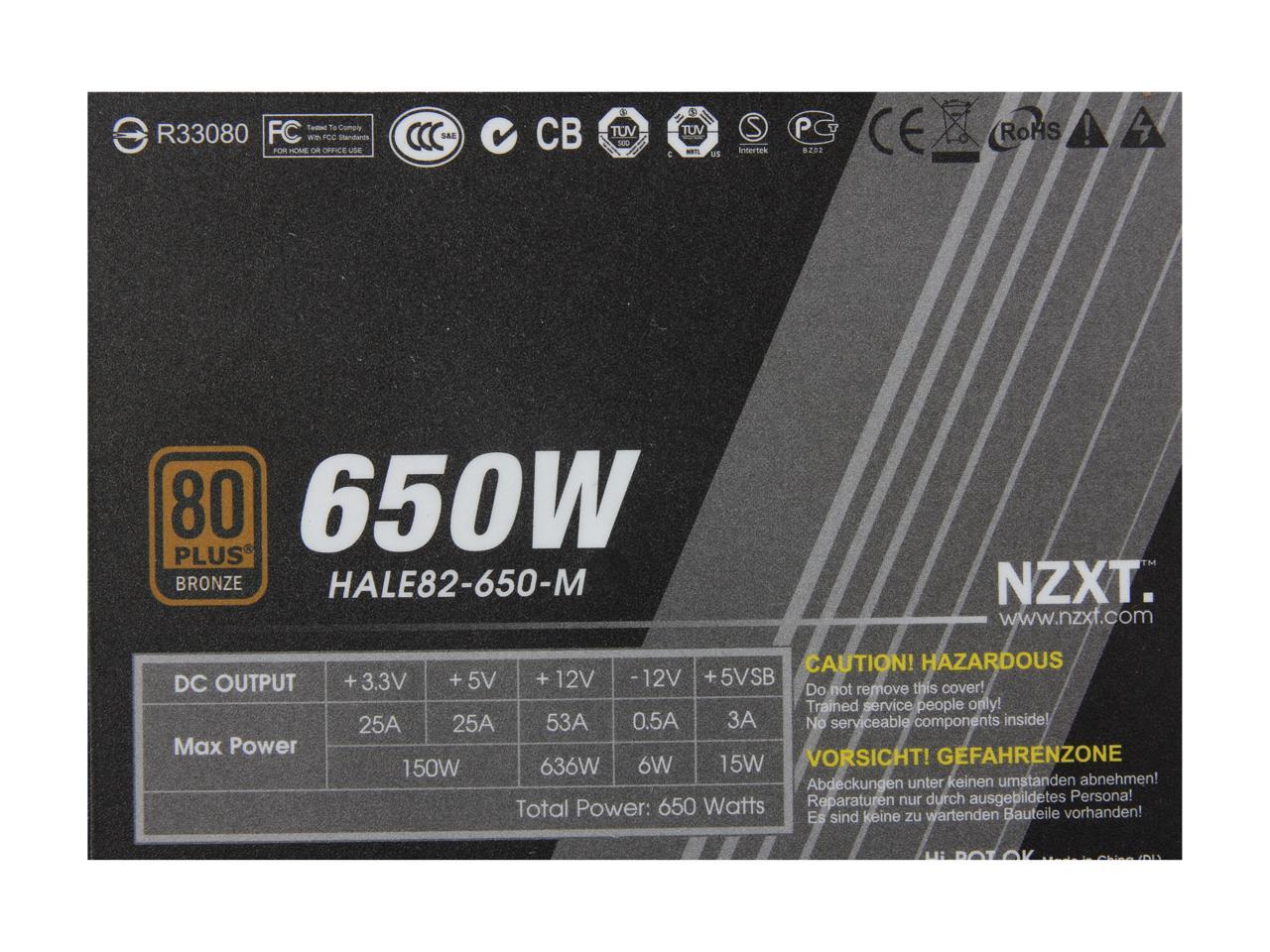 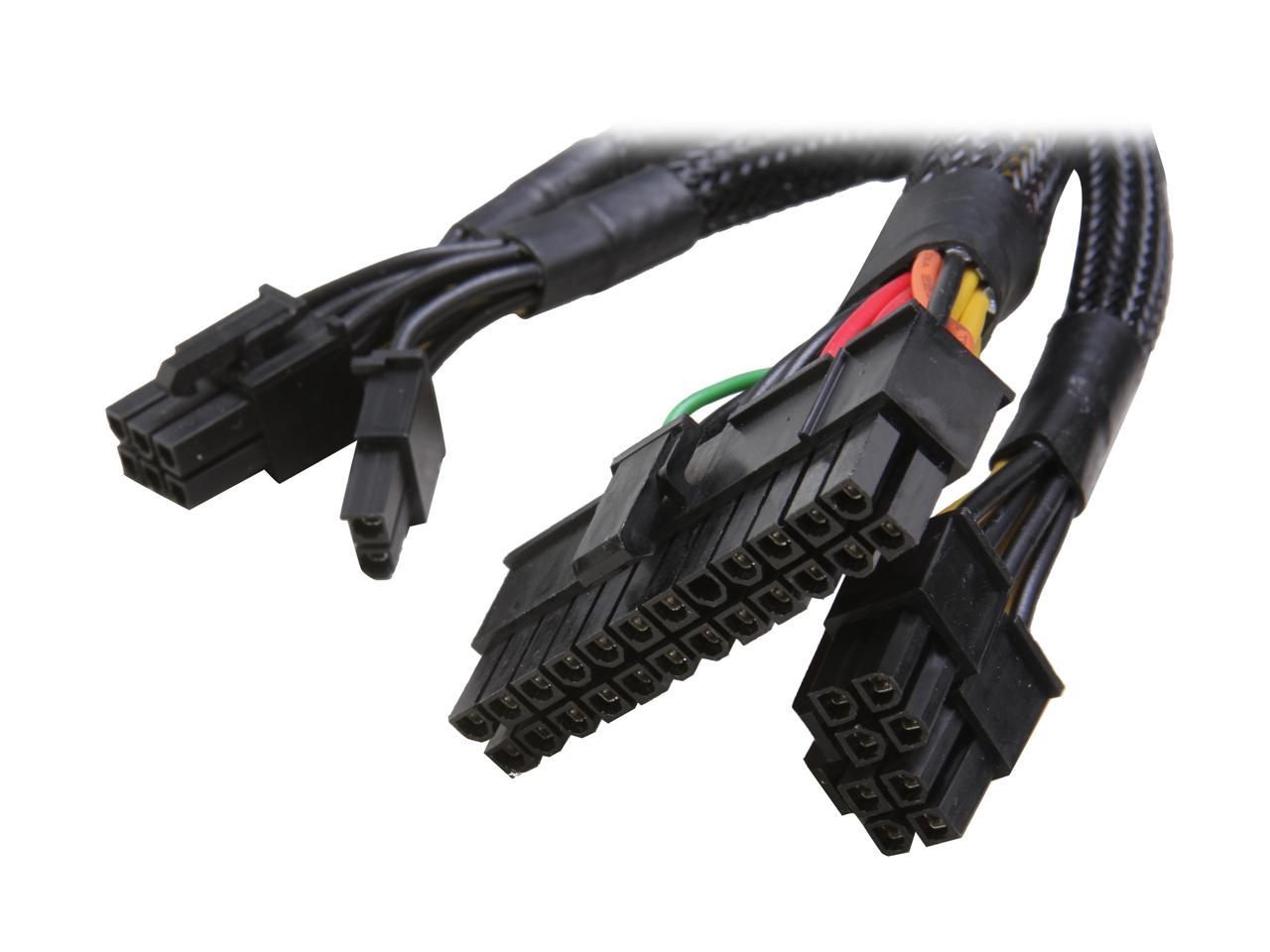 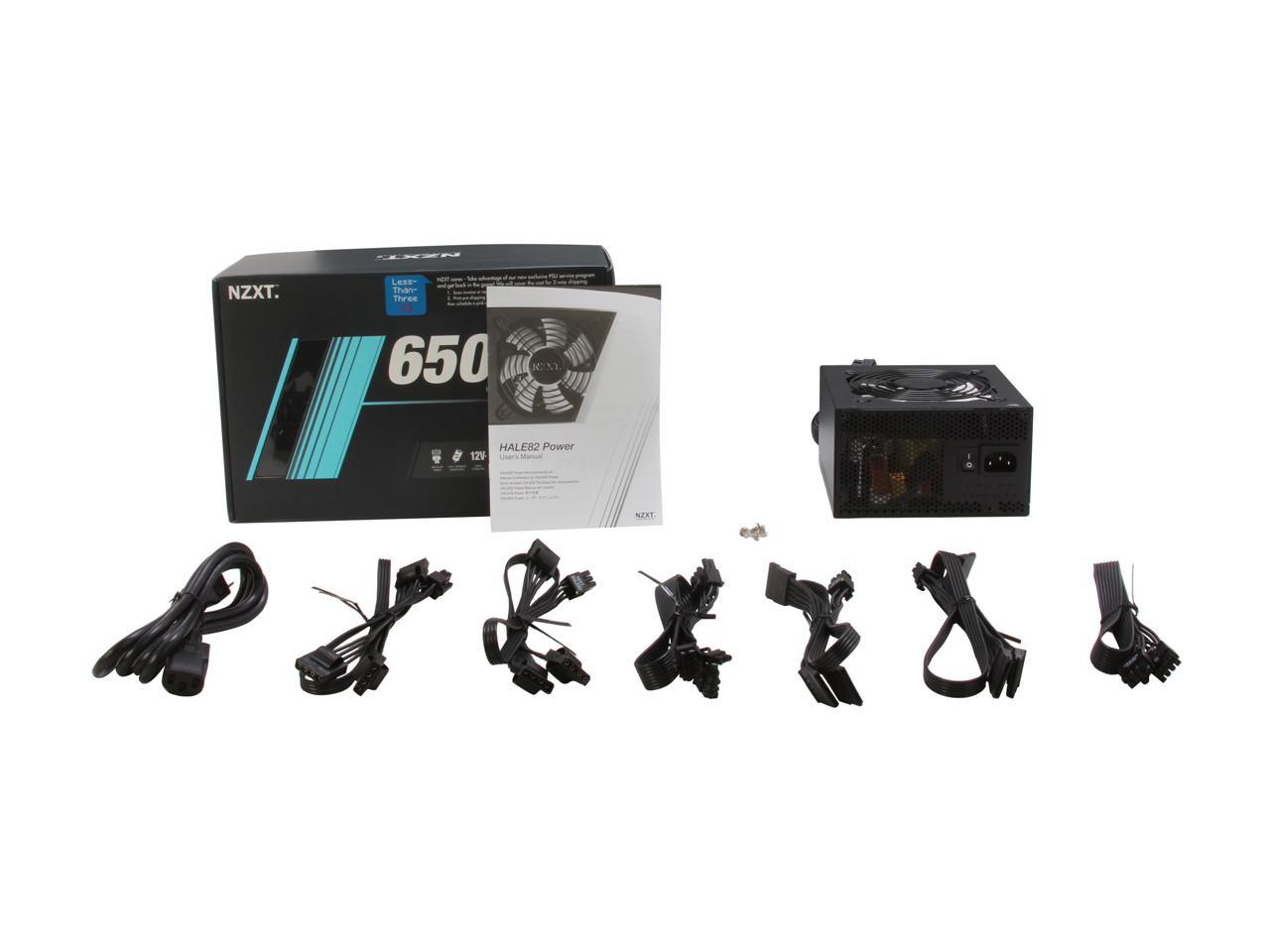 Is your PC hungry for more power? If it is an energy fiend, you can count on the HALE82. The HALE82 is 80+ Bronze certified and operates at high efficiency. This unit is stable yet powerful to meet all your gaming and enthusiast needs.

Pros: Made by seasonic, good Amps and watts on the 12v rail, white fan matches my others. Vid card power already connected to psu.

Pros: Modular, Rebates, NZXT service and support is great, The cables are easy to work with, made by seasonic from what everyone says

Cons: A little noisy, lost an egg for that

Overall Review: Other than the fan noise, it was fantastic to build with!

1 out of 1 people found this review helpful. Did you?
Anonymous
Ownership: more than 1 year
Verified Owner
The loudest component I have ever owned.4/6/2017 2:44:54 PM

Cons: This has to be the single loudest PSU on the market. It is louder than my video card at 100%, and the only thing that comes close to its volume is my scythe kaze fan once it hits around 70%.

Overall Review: I thought maybe I had a defective unit but upon further research I found out this is normal for the HALE82 line. This will be the last NZXT component I buy because this is advertised as silent and im not a fan of false advertising. There are hundreds of PSUs out there, there is absolutely no reason to go with this one, a true one star product through and through.

Cons: This thing only worked for two days, and I've been in an RMA for over four months now.

Overall Review: The customer service at NZXT is pretty much nonexistent. The one time they contacted me was to tell me that I needed to open another RMA ticket. I haven't heard from them since.

Cons: - Fan is loud. I knew this going when buying it as many other reviews and teardowns from websites mentioned the high RPM fan (2500 RPM). It is easily the loudest fan in my Phantom case. -SATA power connectors could be longer between the pairs. Makes it impossible to use one SATA cable to connect HDDs between two separate HDD bays in a full tower case like the Phantom. I plan on just replacing it with a quieter fan even though it will void my warranty. At $50 (with $30 MIR), this was still a deal.

Overall Review: Wish the PSU has a NZXT logo/sticker on the side like Corsair and other PSU manufacturers do.

1 out of 2 people found this review helpful. Did you?
Manufacturer Response:
We want to thank you for being a customer of NZXT and we appreciate your feedback and will continue to strive to make our products better.
Kurt P.
Ownership: 1 week to 1 month
Verified Owner
Bogus RebateInstructions9/13/2012 4:20:59 PM

Overall Review: Going to write my customer number on the form. Hope it works. First bad experience I have had with Newegg customer service.

1 out of 5 people found this review helpful. Did you?
Manufacturer Response:
First of all, We want to thank you for being a customer of NZXT. We want to apologize for the rebate system issue you experienced. Please contact us directly at 626.228.1150 or email Rebate@nzxt.com if you have any question or need confirmation for you rebate. We appreciate your feedback and will continue to strive to make our products better. Once again, thank you for taking the time to let us know how you feel. We appreciate your business and truly want to make your experience as enjoyable as possible.
Jeff C.
Ownership: 1 week to 1 month
Verified Owner
Excellent Quality, Solid Voltage, Below-Average Acoustic Performance4/2/2013 7:28:31 PM

Pros: - Lots of power connector options - The kit includes black screws to attach the PSU to case (adds a nice touch) - Price is competitive - The power connectors are all very high quality and easy to plug/un-plug - All cables are sufficiently long to reach any case/MoBo combo

Cons: - Fan is noisy - White fan blades look cheap when installed in a modern black case - There are far too many power connectors. Even after installing a HDD, SSD, two DVD SATA drives, three fans, and a GeForce GTX 690, I still had 17 unused power connectors remaining. It's fairly difficult to tuck all of these connections away! - The PSU is slightly smaller than most higher-end PSU and the fan port won't likely align perfectly with a high-end case. - The power switch on the back of the PSU is a cheap-old rocker. Newer PSUs include a larger rocker that toggles more smoothly. Again, this is a minor nit, and for the price, is appropriate for this PSU.

Overall Review: In general this PSU delivers average features and below-average acoustic performance at an expected price. The supplied power is ample for most higher-end GPU/CPU combos but there are a number of areas where this PSU falls short. First, the fan is a bit noisy and for builds where the fan is on top of the case, this will produce noticeable sound. Second, the PSU fan runs at all times - it doesn't modulate based on power demands or heat. For the MSRP of this PSU, I'd expect a variable speed fan. I personally prefer the superior acoustic performance of the PC Power and Cooling Silencer Mk II 750W High Performance 80PLUS Silver SLI CrossFire ready Power Supply compatible with Intel Sandy Bridge Core i3 i5 i7 and AMD Phenom over the NZXT Hale82N. Also, the Silencer Mk II's fan hardly ever operates, even when running NVIDIA's "A New Dawn" at maximum resolution.

Pros: It's still working after a month I guess I'm lucky compared to others that was DOA -semi modular -lots of extra cables (6+2,molex...)

Cons: Has only 1 big fan on top that blows air inside your pc It should have at least 1 fan facing outside the case to blow out air