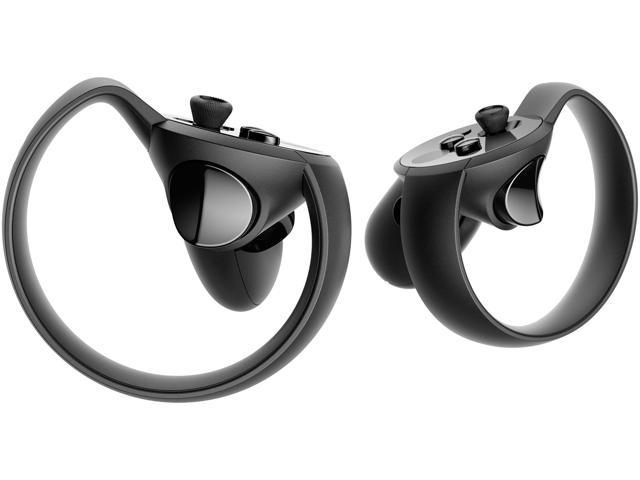 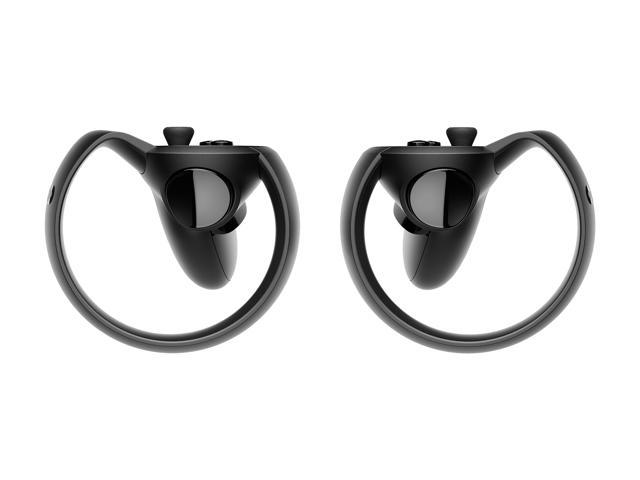 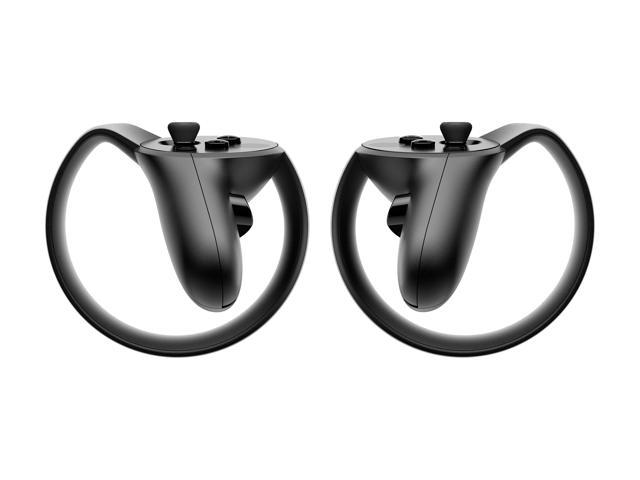 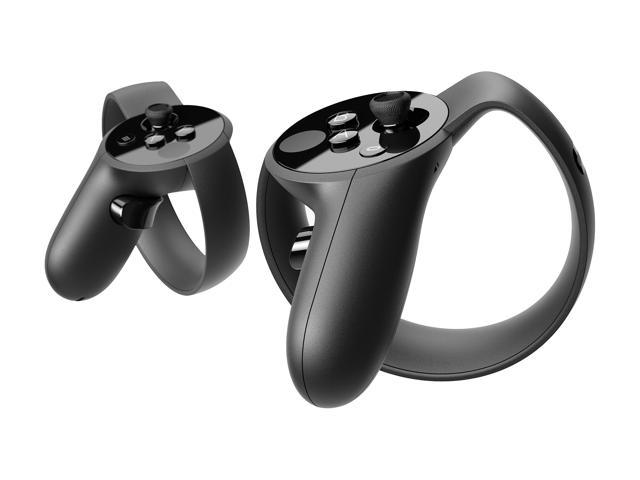 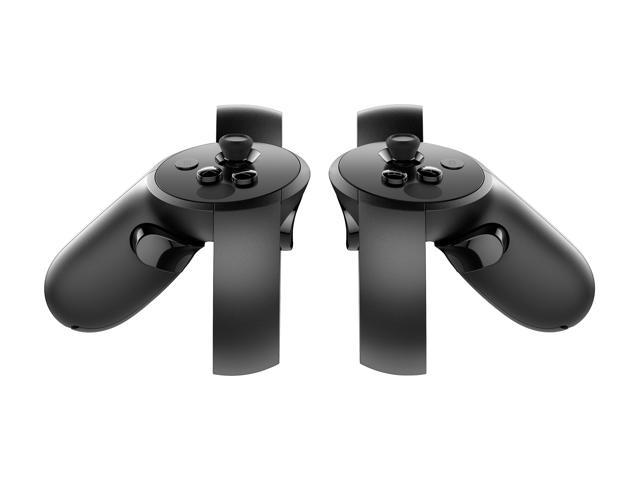 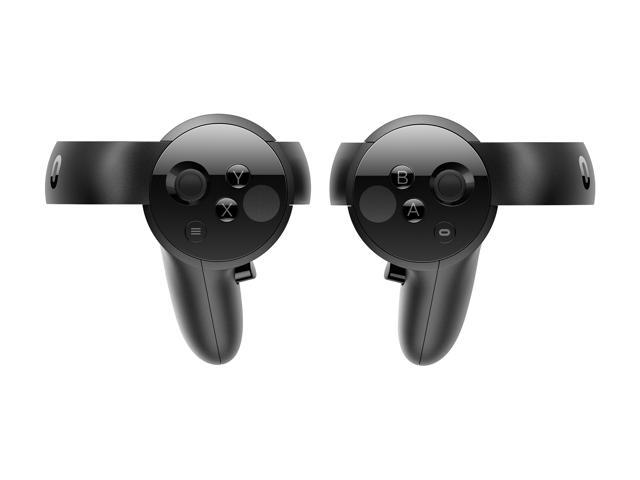 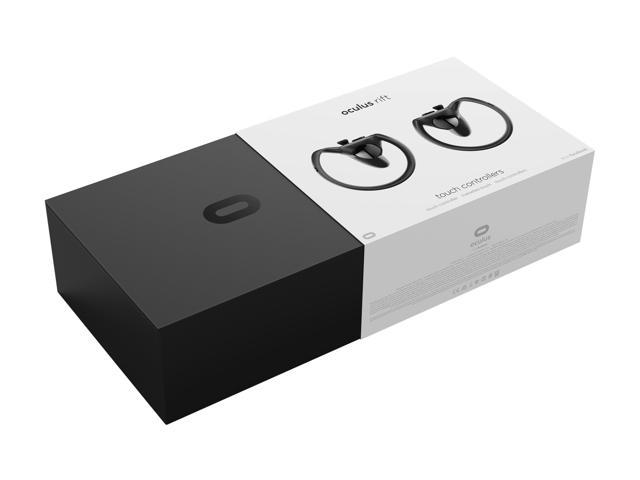 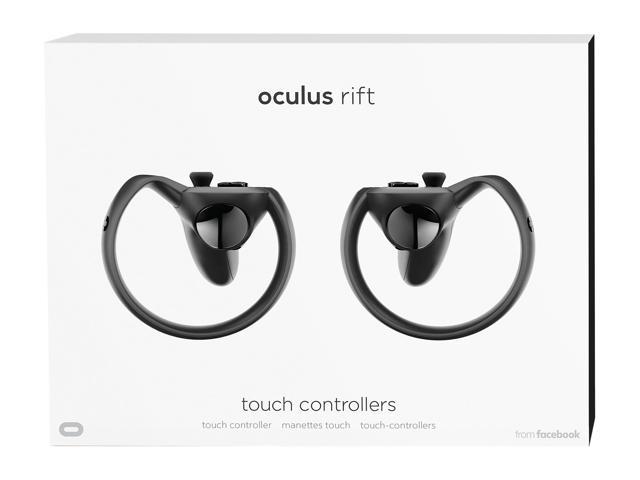 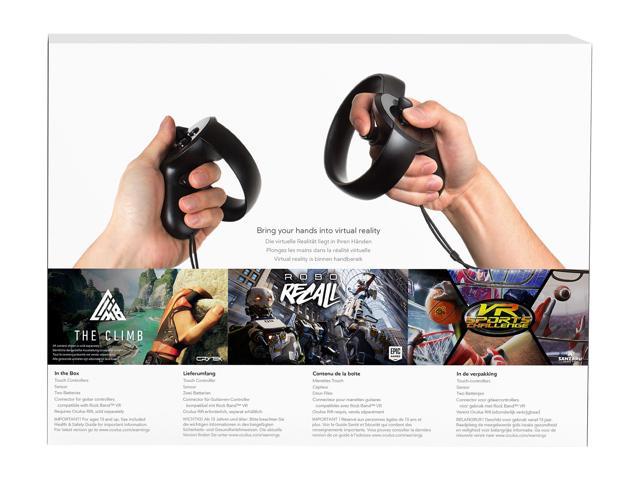 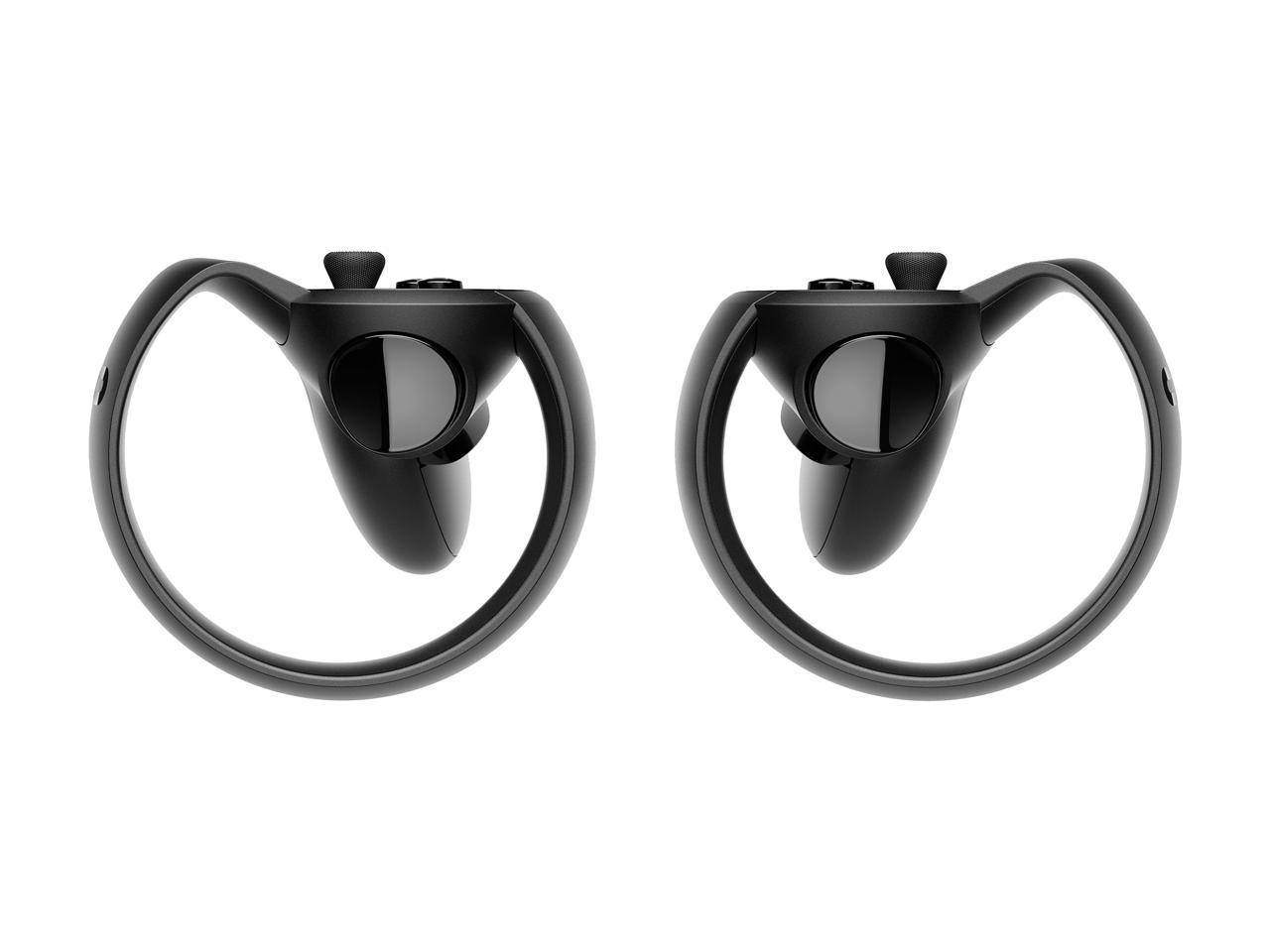 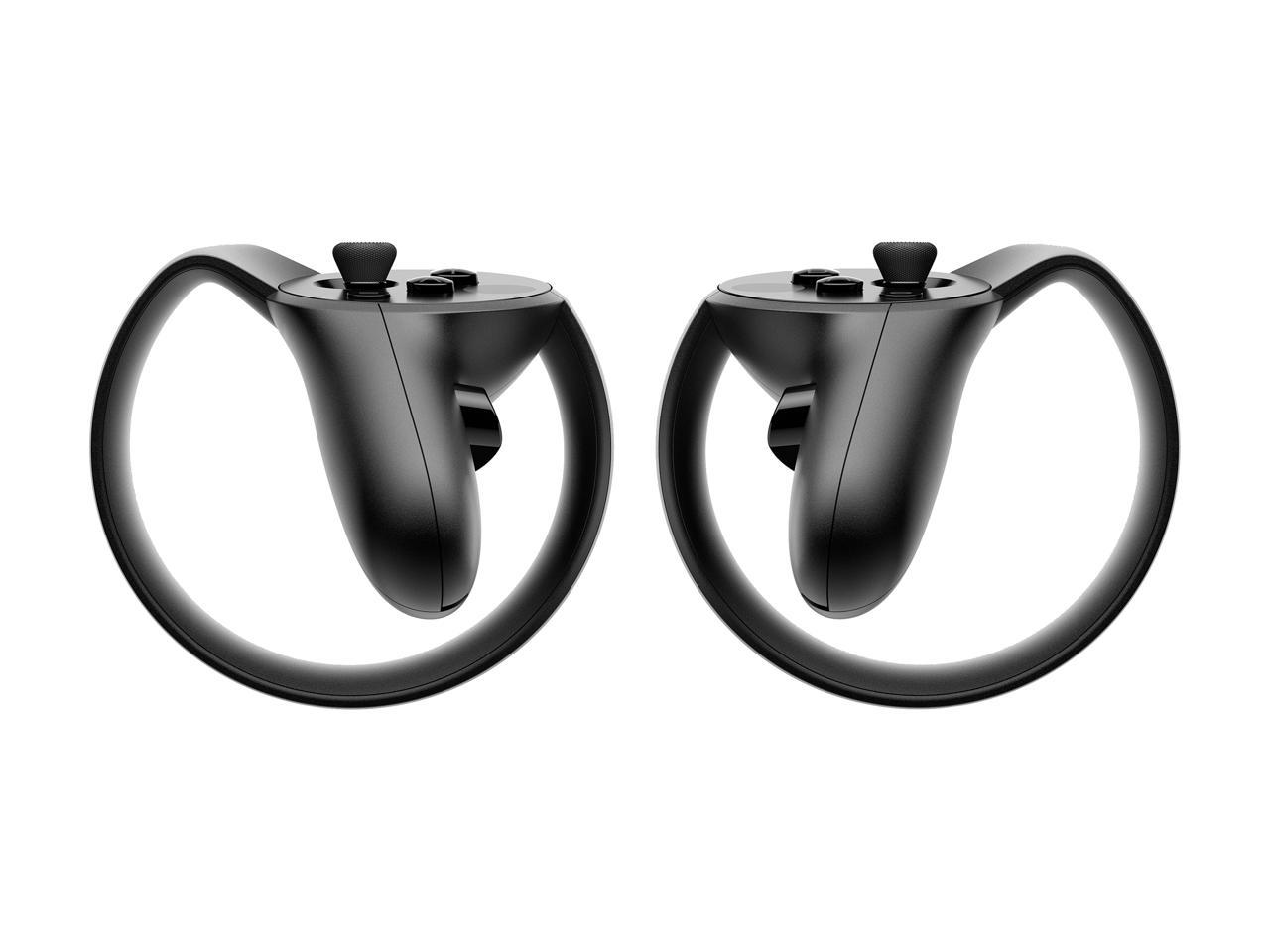 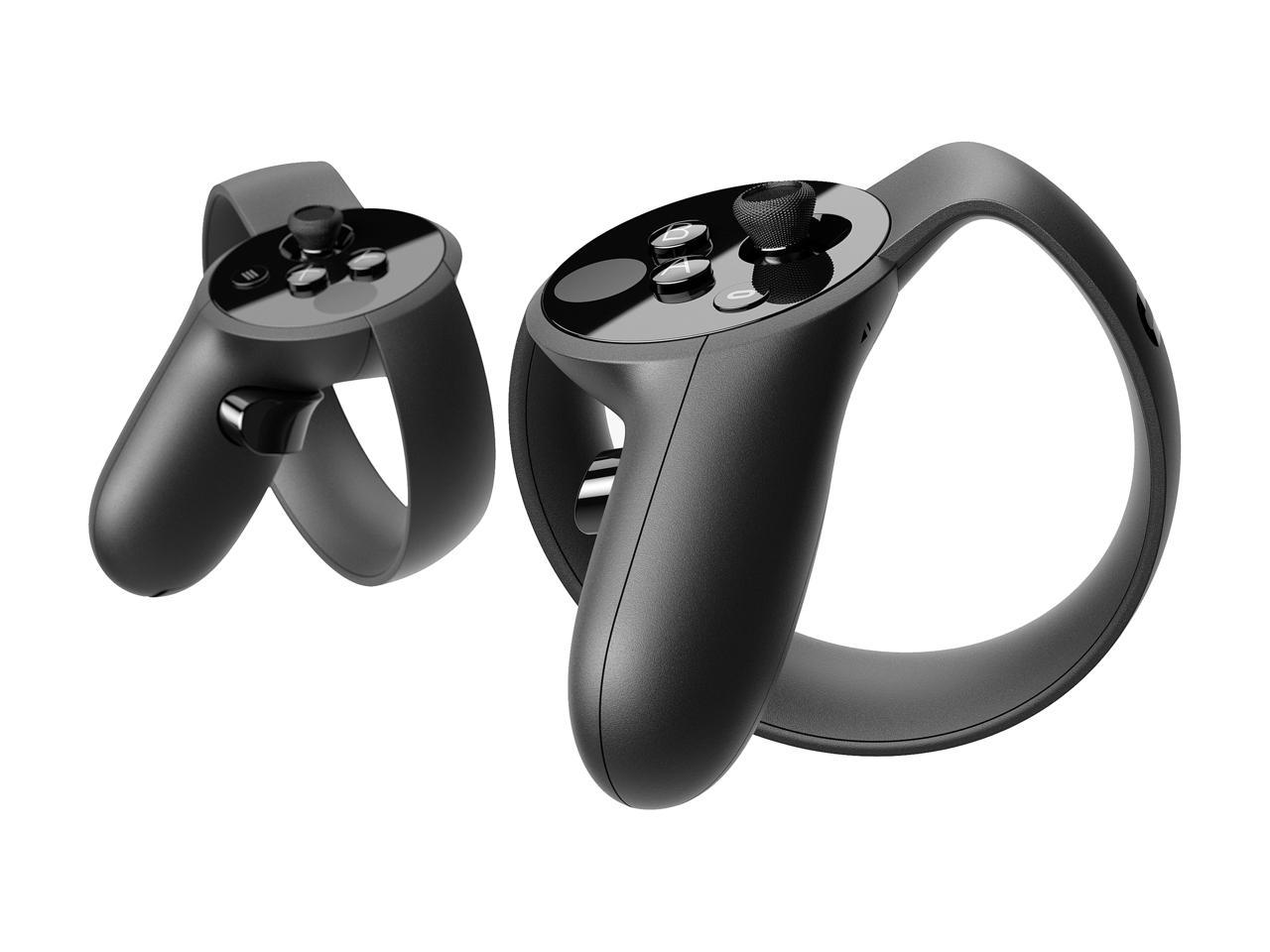 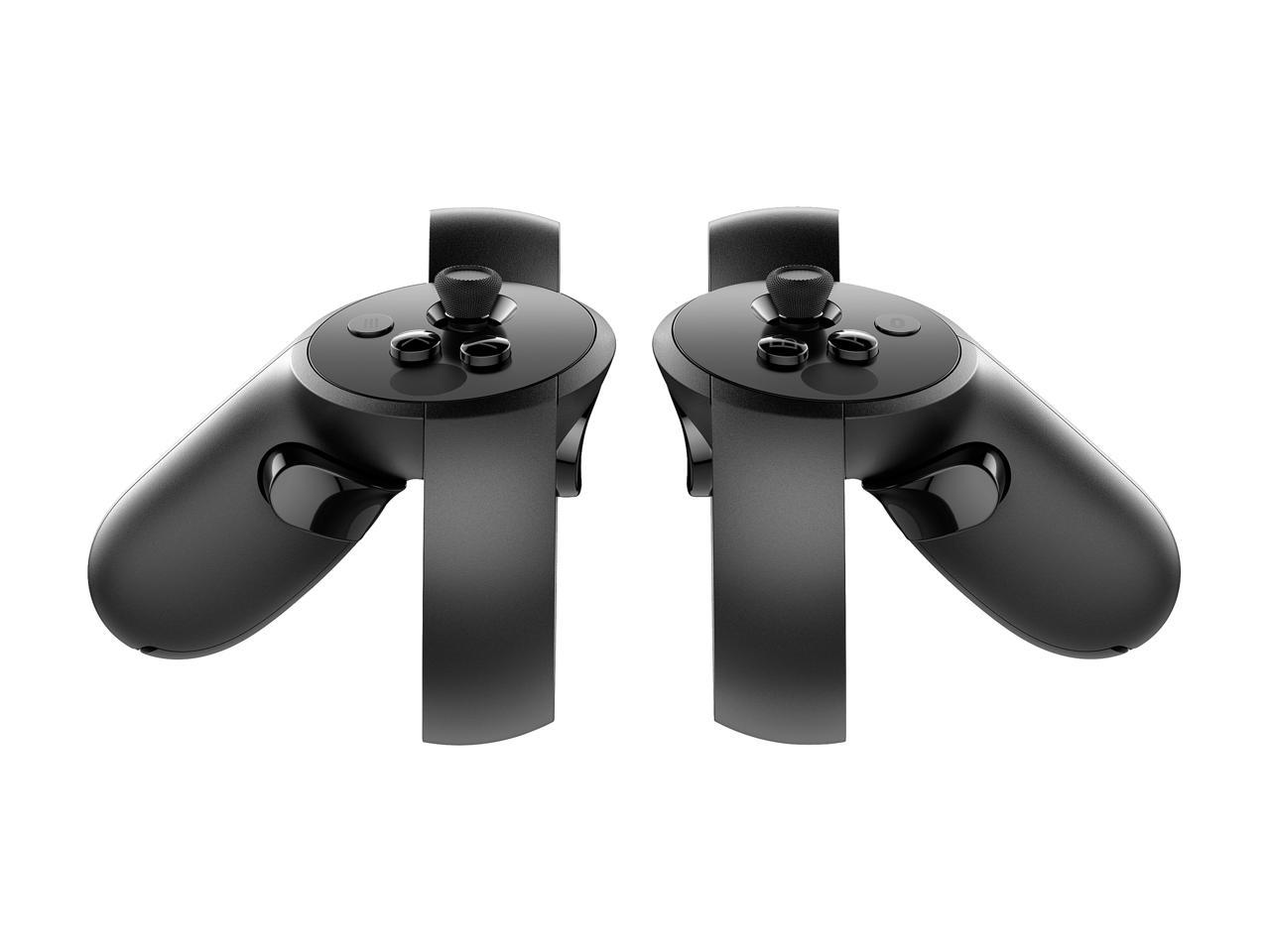 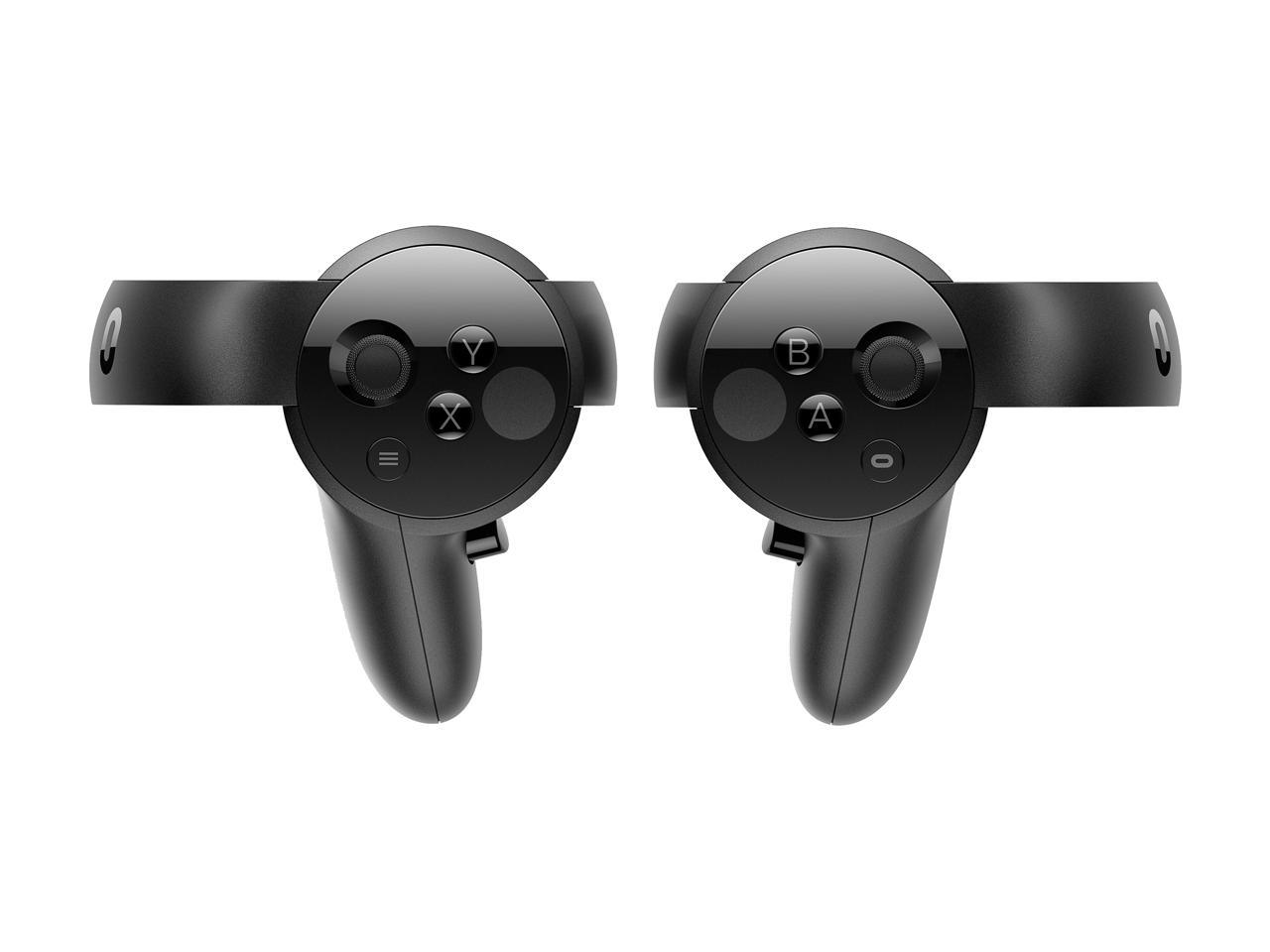 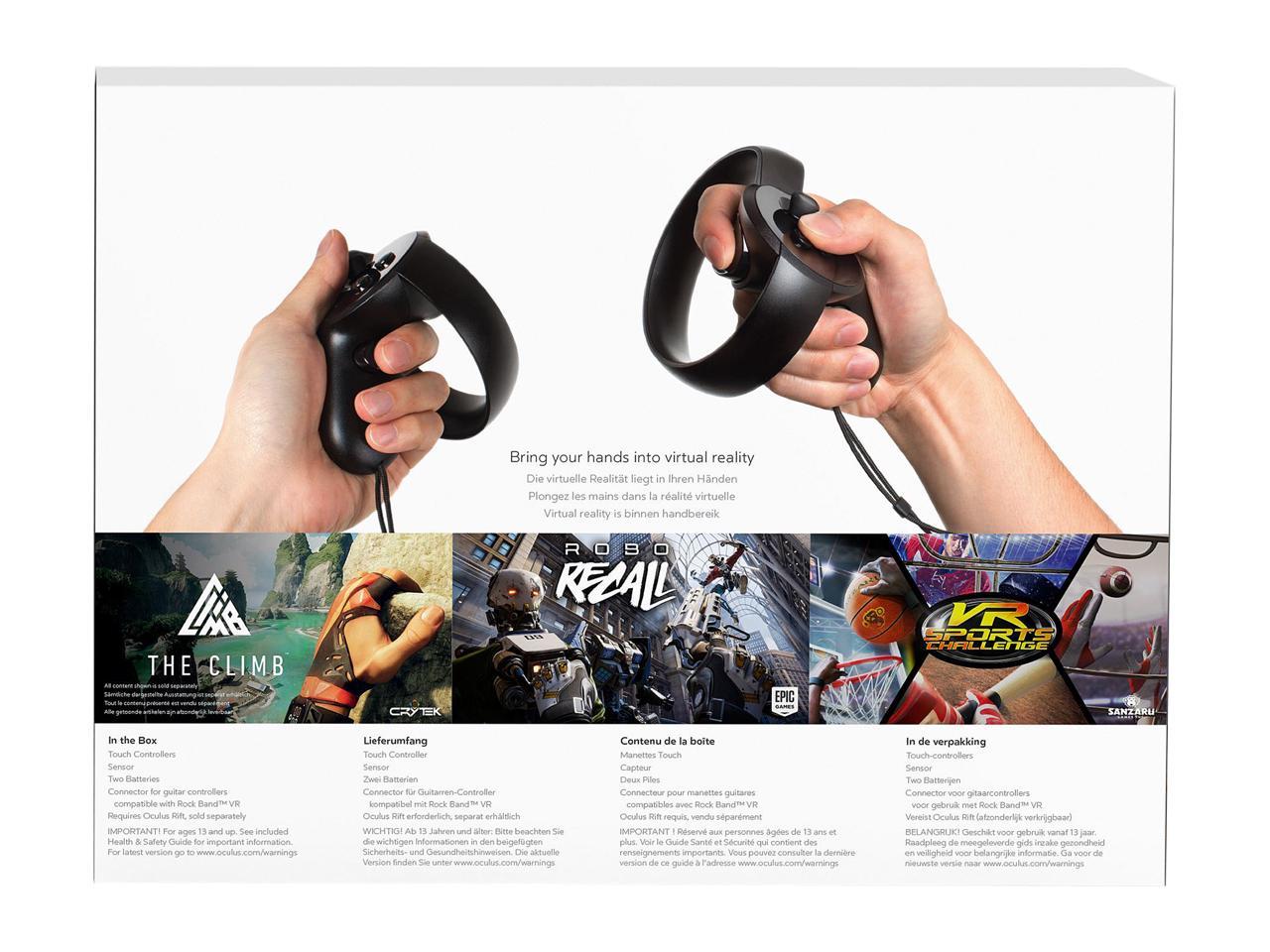 (5) Write a Review
OUT OF STOCK.
Please note that this product is non-returnable and non-refundable.
Overview
Specs
Reviews
Oculus Touch
Bring your real hands into virtual environments with this pair of controllers for Oculus Rift.

Before you even pick up a pair of Touch controllers, you know how to use them. Intuitive actions in VR feel as natural as using your real hands. Reach Out And Touch
Oculus Touch is a pair of tracked controllers that give you hand presence—the feeling that your virtual hands are actually your own. It takes interaction to the next level.

Unlock Human Expression
Touch lets you make social gestures like point, wave, and give a thumbs-up. Combined with multiplayer experiences, it unlocks a social element that's never been experienced in VR. Pros: The Oculus Touch controllers work very well and I find them more comfortable and well suited for my hands than the HTC Vive controllers.

Cons: I haven't had any issues with the controllers yet even after accidentally knocking them into other objects multiple times.

Overall Review: These are a must buy for any Oculus Rift owner. It makes the experience so much greater. Also, the Oculus Touch controllers were shipped quickly with them only taking 3 days to arrive.

Cons: -batteries are off brand so they'll die in a week, normal ones have lasted much longer

Overall Review: -wish this came with two sensors instead of one so you'd have 3 total to create full 360 VR experience

Pros: - Comfortable, easy to use, intuitive

Pros: amazing item a must have with head set .great vr gameplay for all ages flawless game play

Pros: This adds a whole new submersion into VR.