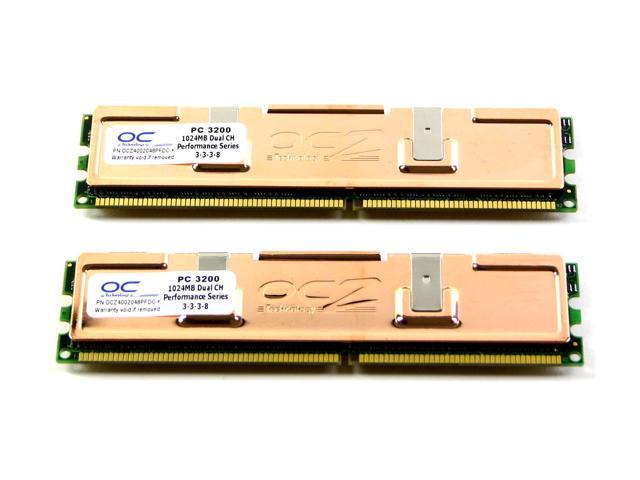 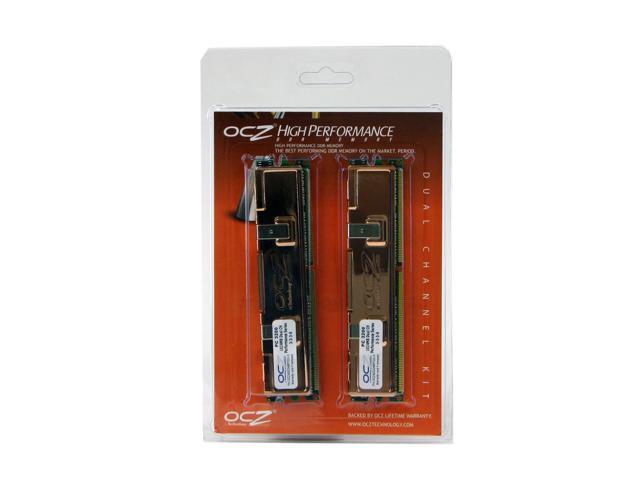 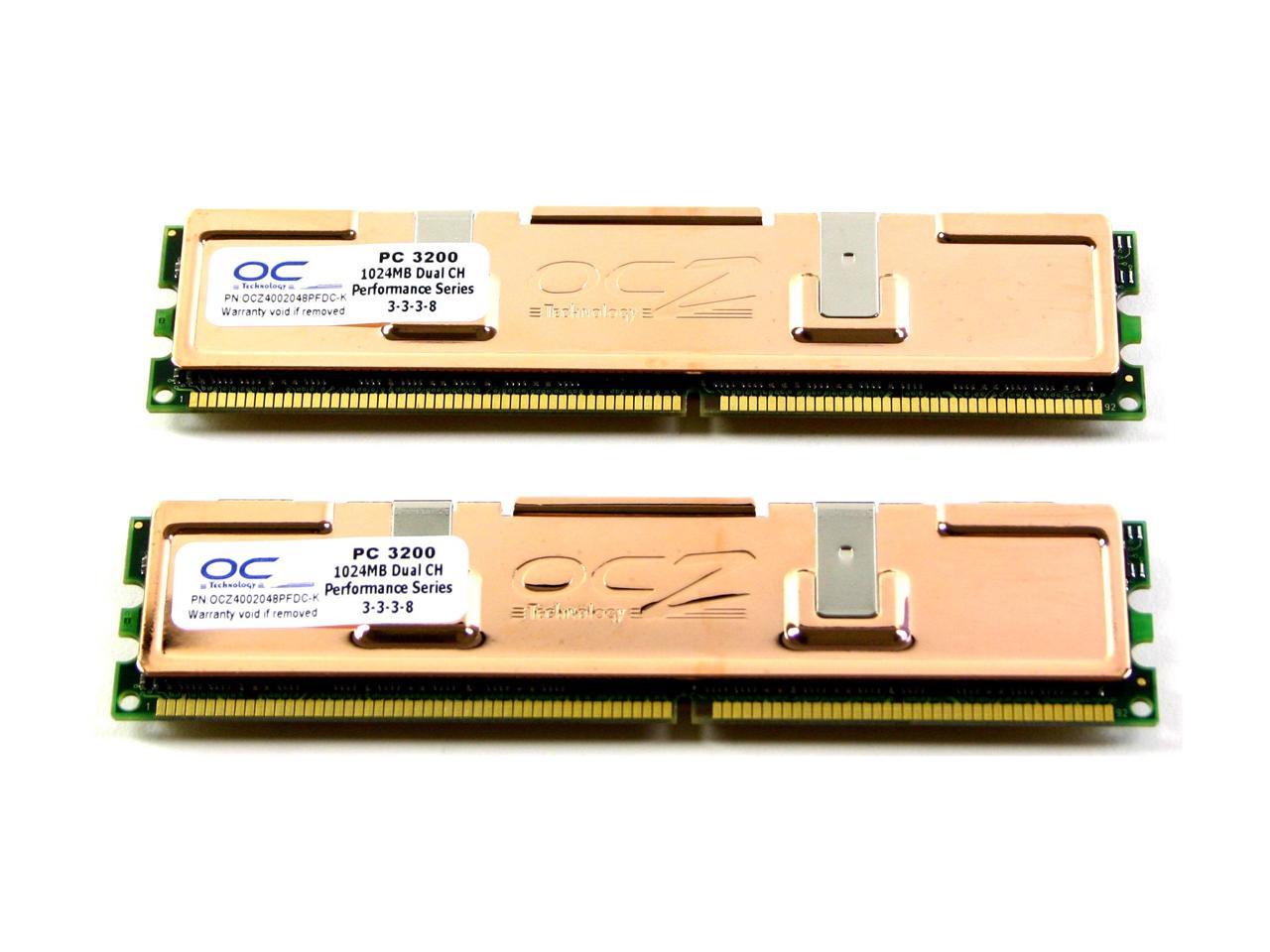 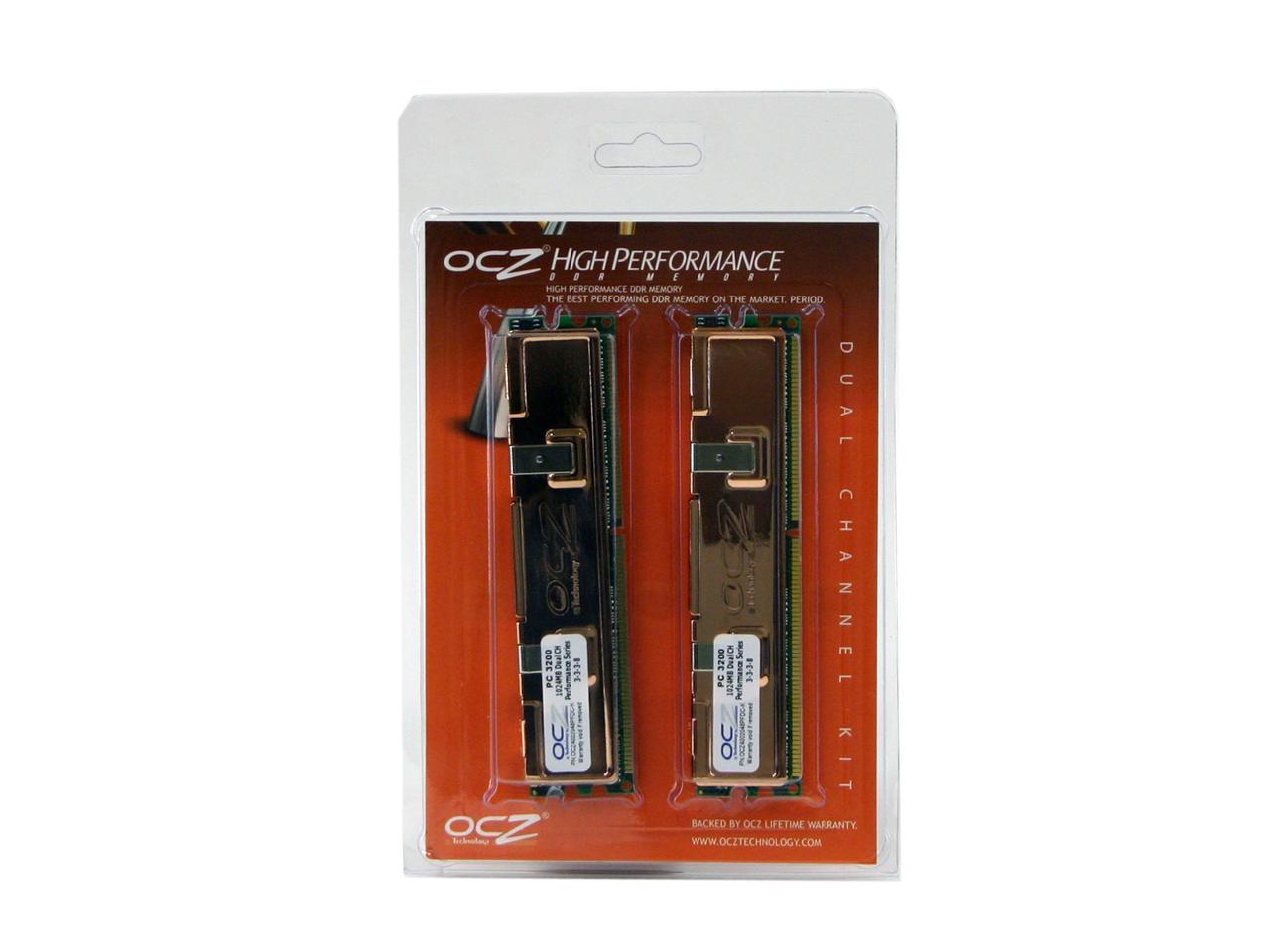 (115) Write a Review
OUT OF STOCK.
Overview
Specs
Reviews
Faster, better memory has long been known as a key component in the overclocker’s arsenal. OCZ was early in the market with PC3200 memory that could be tweaked to higher rates, and this Performance Series 1GB kit is a weapon to be reckoned with. At a stock clock rate of 400 MHz, and a willingness to remain stable at significantly higher speeds, you’re getting a RAM worth more than the price by far.
A gamer’s delight, this memory’s low response times translate to rendering that’ll let you capture the flag before the other players have teams on the board. In any graphic intensive application, you have speed to spare. Multi-tasking is smooth with no compromise in system performance, and the copper heat spreader helps ensure that temperature is not an issue. This is a great kit, with a lifetime warranty from OCZ, and a great value for your system.

Overall Review: I upgraded from 1gb of the exact same RAM to 3gb with this dual pack. My vista experience rating went from a 4.2 to a 4.1. I know vista is probably the issue, but my applications don't run any faster, and i still get some lag.

Pros: Great product! Currently have 6gb of this ram spread over 4 machines. All 4 run flawlessly. Inexpensive, good timings for the money, and all around they are worth the money. If you like good looks, the gold and mesh are likely to grab your attention. 3 months of 24-7 on time; with 50+hrs per week of intensive AUTOCAD use and graphic design on all 4 systems; still working flawlessly. I don’t have this in any of my personal rigs, but I see no reason why this ram wouldn’t act as a great, inexpensive gamer’s ram. Reliable!

Overall Review: Today im ordering 4gb more, these will go in various systems and I am confident they will work great.

Cons: Had to use my old Geil 2 x 512mb to set the timings before installing.

Comments: Great memory, overclocked like a dream. BF2 runs very smooth with this stuff. Would recommend to anyone looking for fast, affordable ram. Would also check out the OCZ platinum as well.. good stuff.