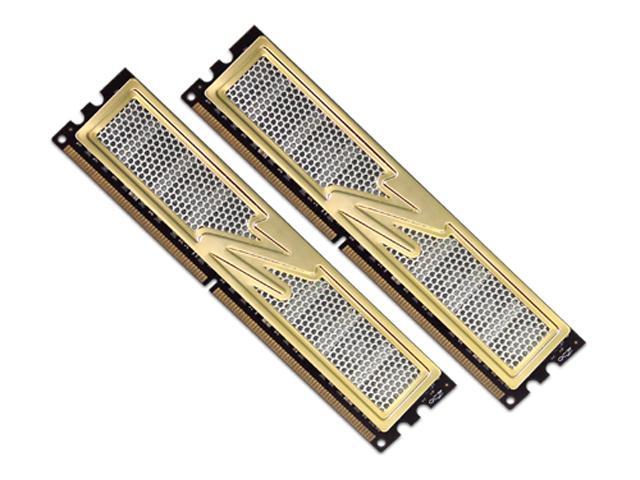 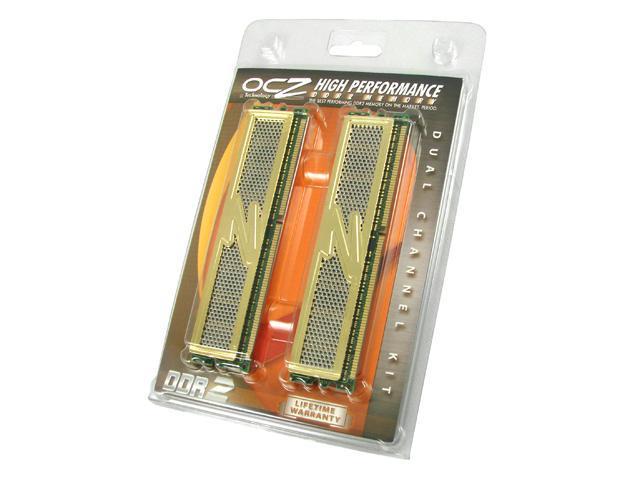 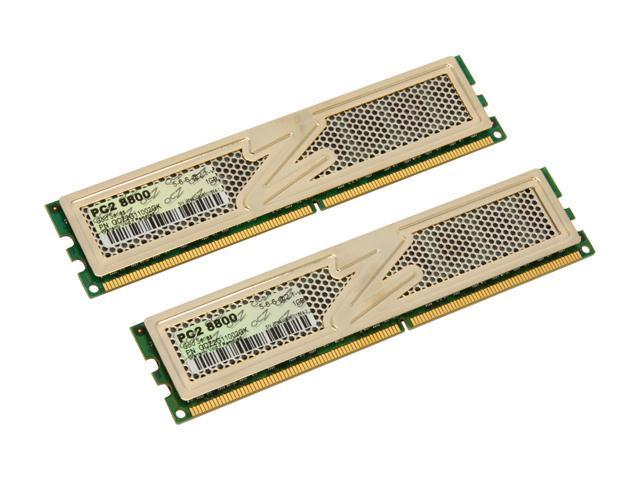 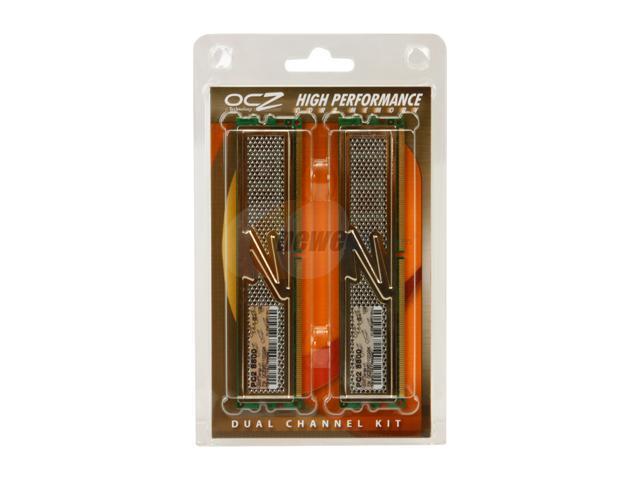 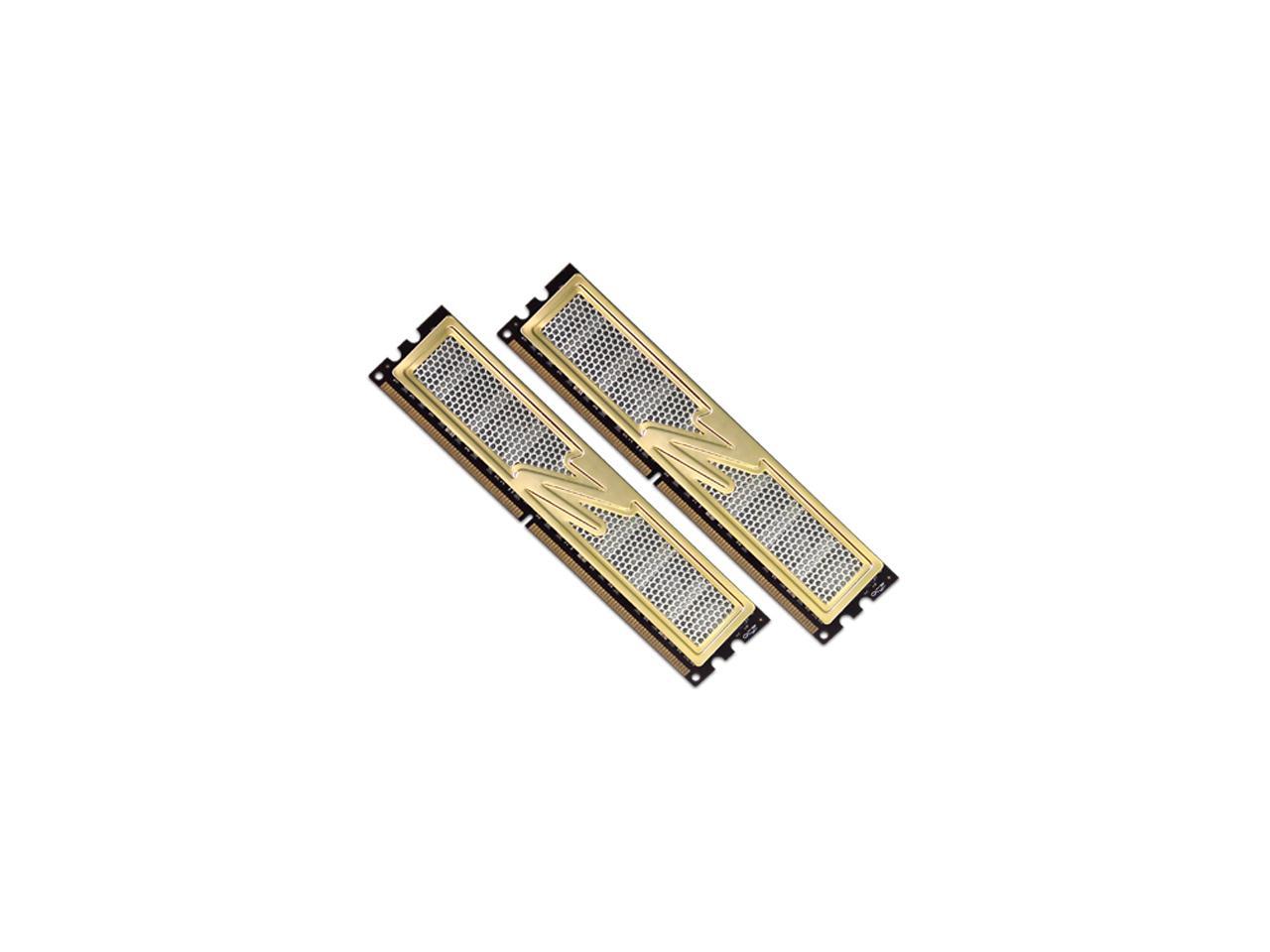 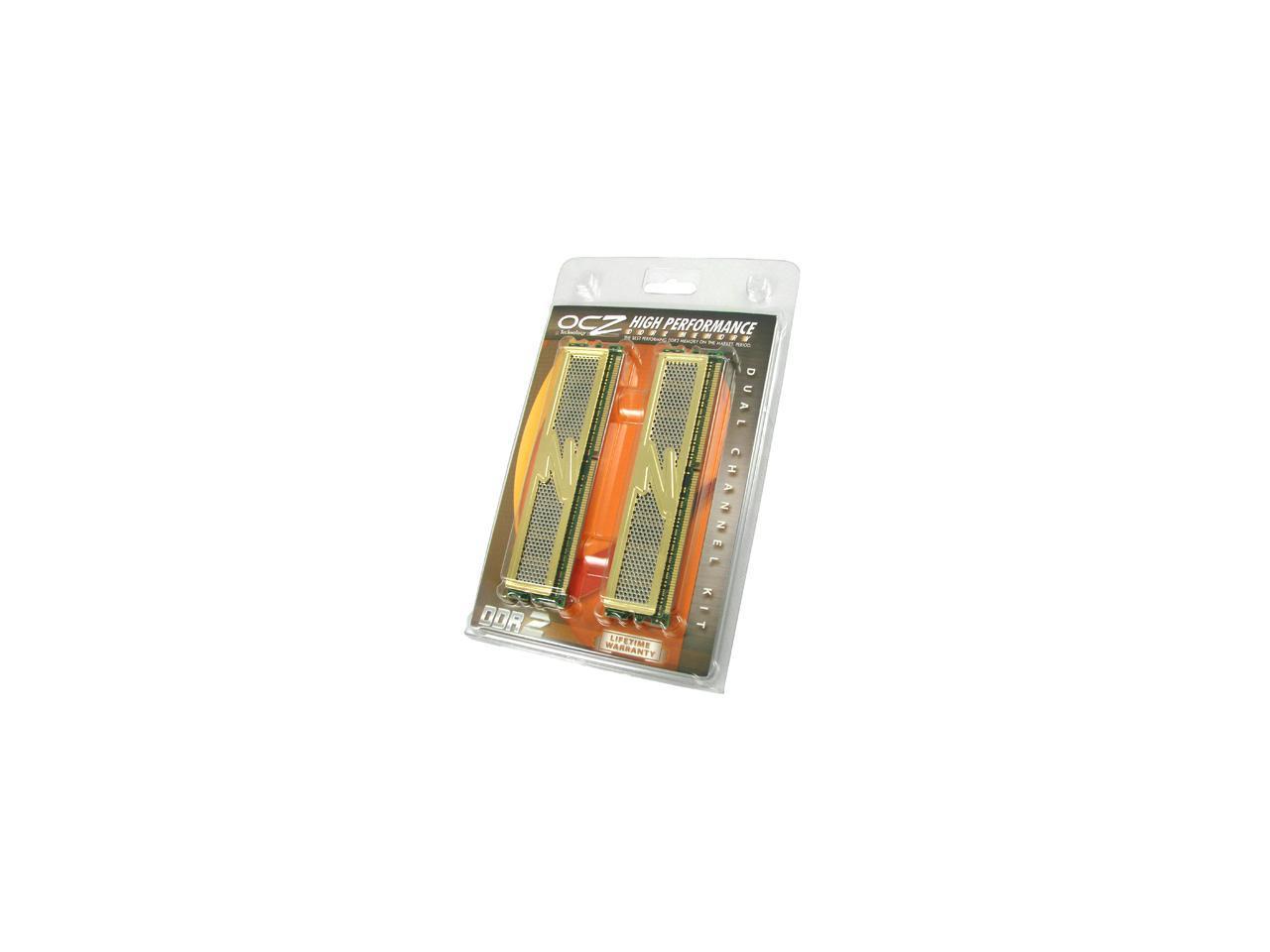 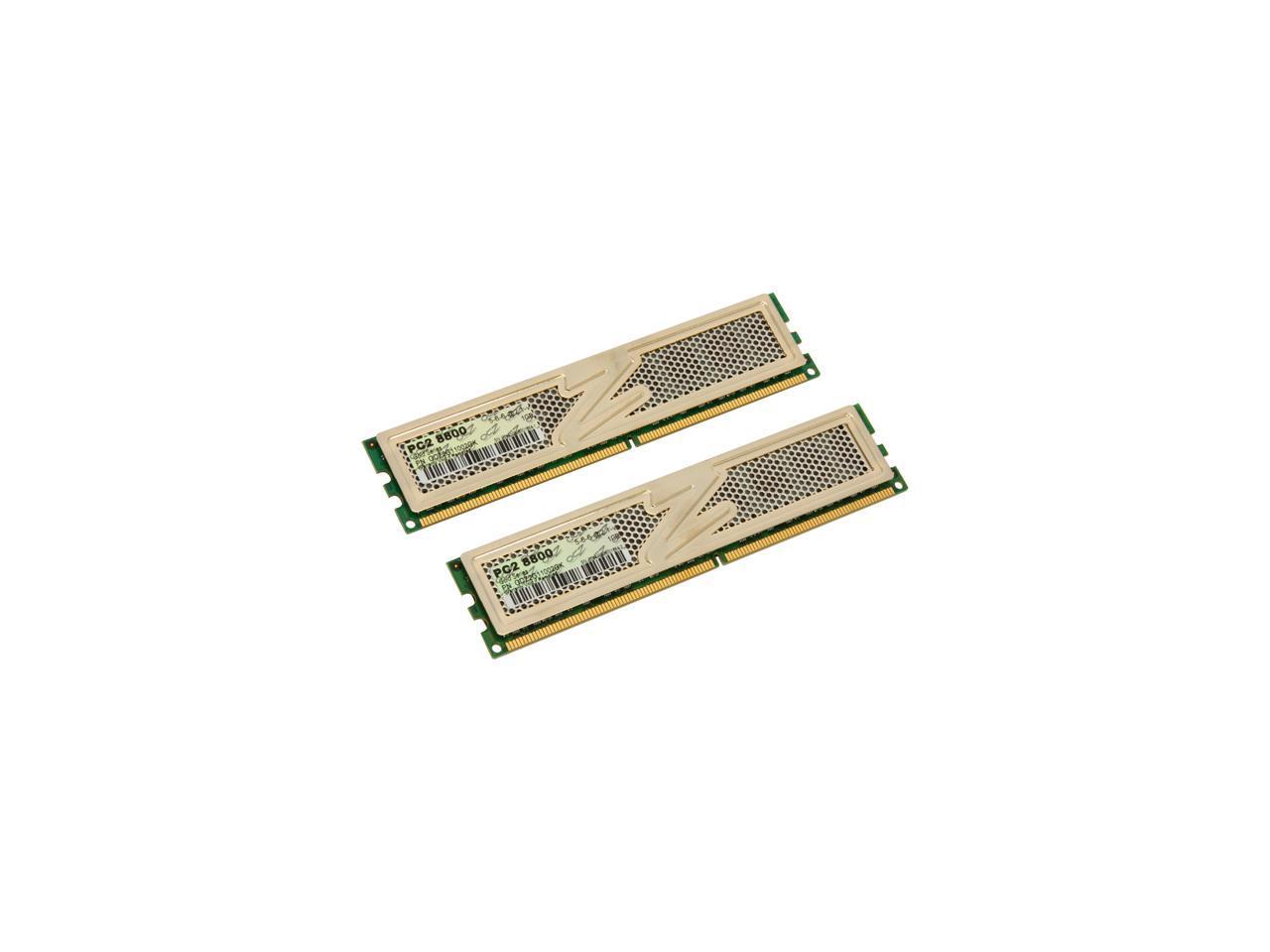 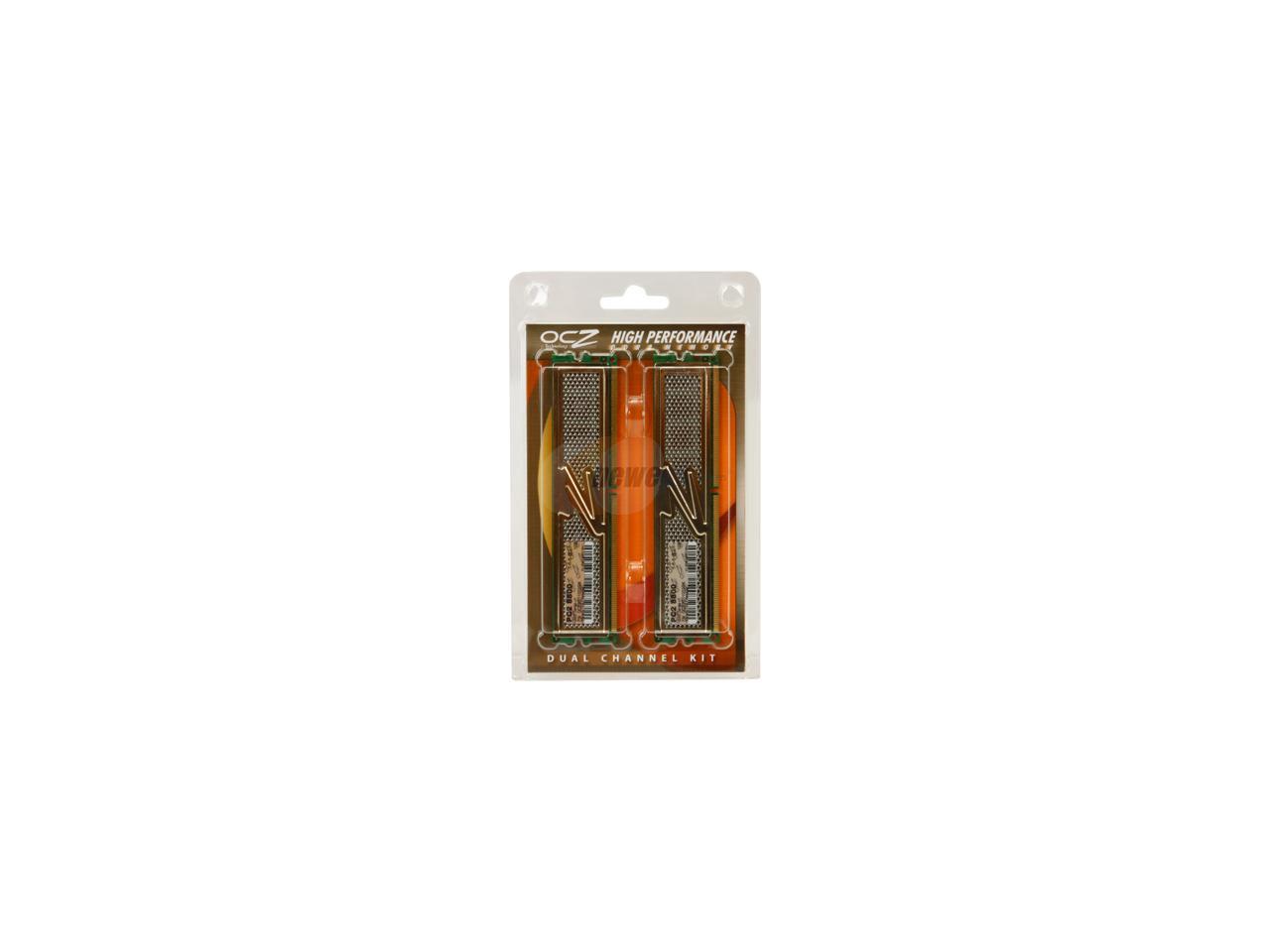 Pros: 25 bucks after rebate! Both my sticks worked great out of the box. Ran each stick on memtest for +10 hrs a piece w/ no errors. I didnt buy them for insane OCing, if I wanted to do that I would of had to pay 10x for more suitable memory to OC. Superfast shipping by newegg errr by UPS, but newegg got it out sameday and arrived a day early.

Cons: If it wasnt for the price of the memory; it would of gotten 4 eggs due to the fact that I couldnt push them more than 100mhz. Had to ridiculous underclock them to do a 1ghz OC on my wolfdale, right now theyre running @1100 but underclocked in bios, but hey theyre running 100% stable at their rated speed.

Overall Review: Newegg is greedy, I got these sticks for 44 bucks on the same day they announced the rebate. at which them newegg promptly jacked the price to 56 bucks, now down to 51. Isnt that what shady stores do; announce a sale or factory rebate and then jack the pre-sale price up to cover their loses? I want the old newegg back that HAD the best prices along with the best selection; now they just have a great selection.

Cons: Might not be micron D9's.Heatspreaders are only held on by thermaltape.(no clip)Its easy to pull them off by mistake.

Overall Review: I wish OCZ would list what type chip's and module's they run in their spec's.I wanna know for sure what chips these are?.But i really dont wanna pull off the heatspreaders to find out

Cons: This is my second set, first set lasted all of two months,below is what the tech rep at OCZ said to set these at. Downtime due to ram failing 11 days!

Overall Review: AndyT (OCZ Rep) Micron chips on certain boards just don't live long at higher voltages. RyderOCZ ( OCZ Rep) The P5B and Micron get along just fine, there appears to just be an issue with your kit, a new kit should be fine. Run the voltage as low as possible to maintain stability. You also would get better performance at around 950 - 1000 at 2.1 - 2.2V with 5-5-5 or 5-5-4 timings, the latency etc will be better.

Overall Review: ive heard great things about ocz, now i just regret that these sticks dont come in 2x2gb format. I guess ill "have" to live with "only" 2 gigs for a year or so :)

Pros: Very nice memory, running ddr 1200 stable, E6300, xbx975 motherboard. D9 micron base chips, they run cool to the touch while gaming and abusing them. Very good buy I recommend them to serious over clockers!!! These are a steal, helped me over clock higher....very nice...

Cons: should have invested sooner, would love another set for a total of 4 gigs...hehe

Pros: Very inexpensive AR Since it is rated to 1100mhz, it gives you plenty of overhead for OC'ing if you need it Not fat/thick like some ram (which makes putting more than 2 sticks on the MB difficult/not possible) CAS 5 @1100mhz is good

Cons: only 2x1GB but I knew that when I bought it

Pros: Fast ram, good timings, Overclocks well, the bling is also a Nice touch. I think they use Micron D9 chips, but I'm not sure.

Cons: My motherboard defaults to 1.8v, which makes the system unstable with more than 2 sticks. Its not really the ram's fault. A quick over volt in the BIOS resolved the issue.

Overall Review: These are a great value. You get stable, fast memory that also looks good, for a reasonable price.