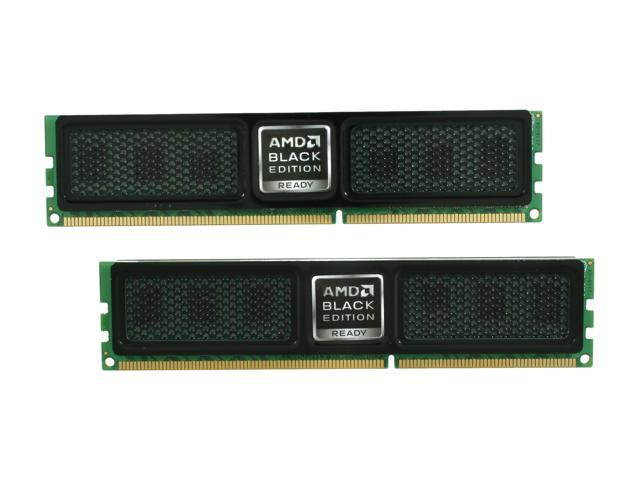 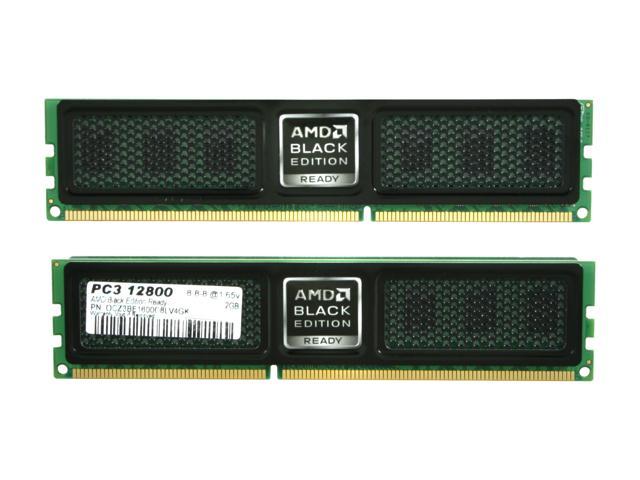 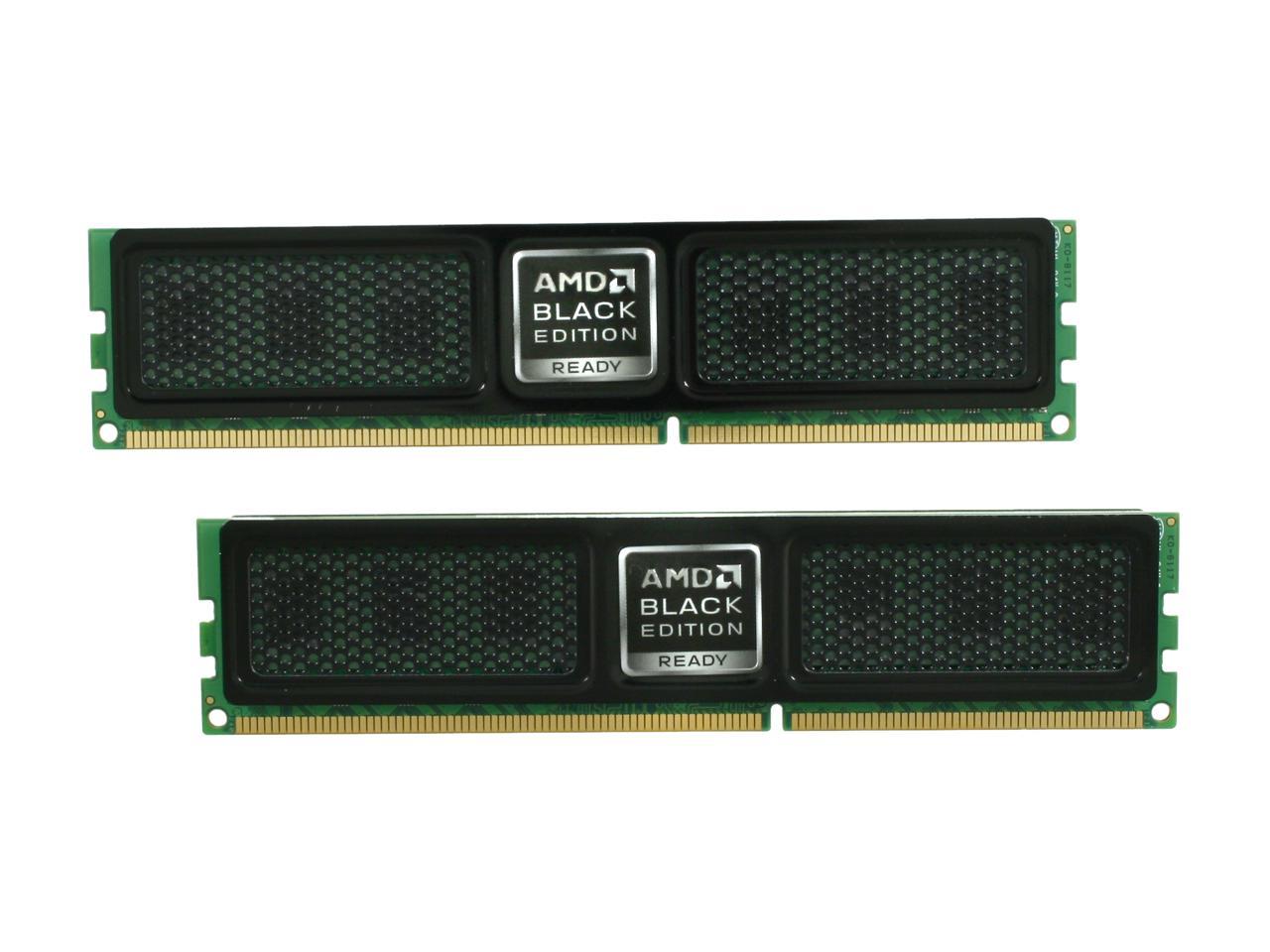 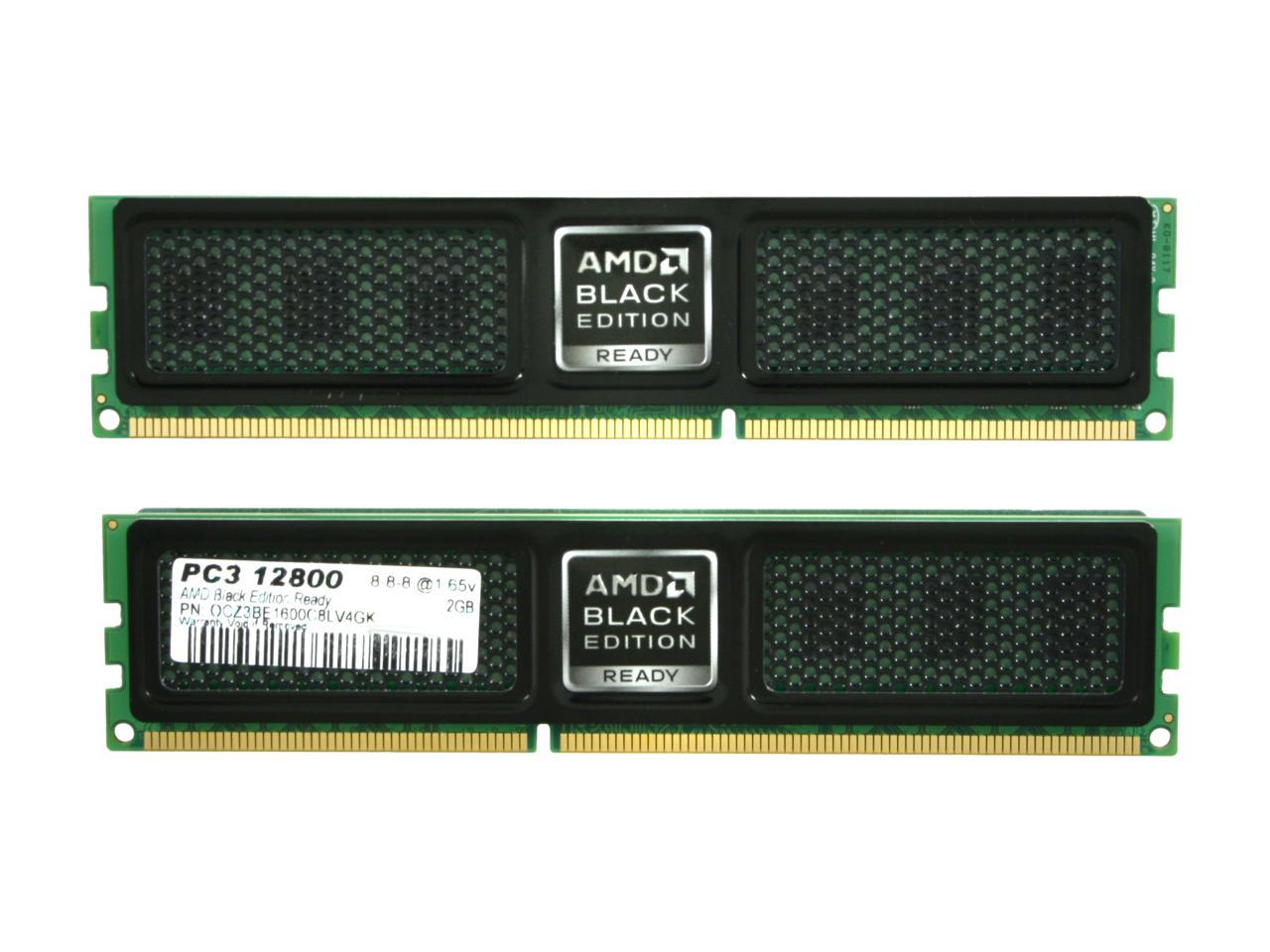 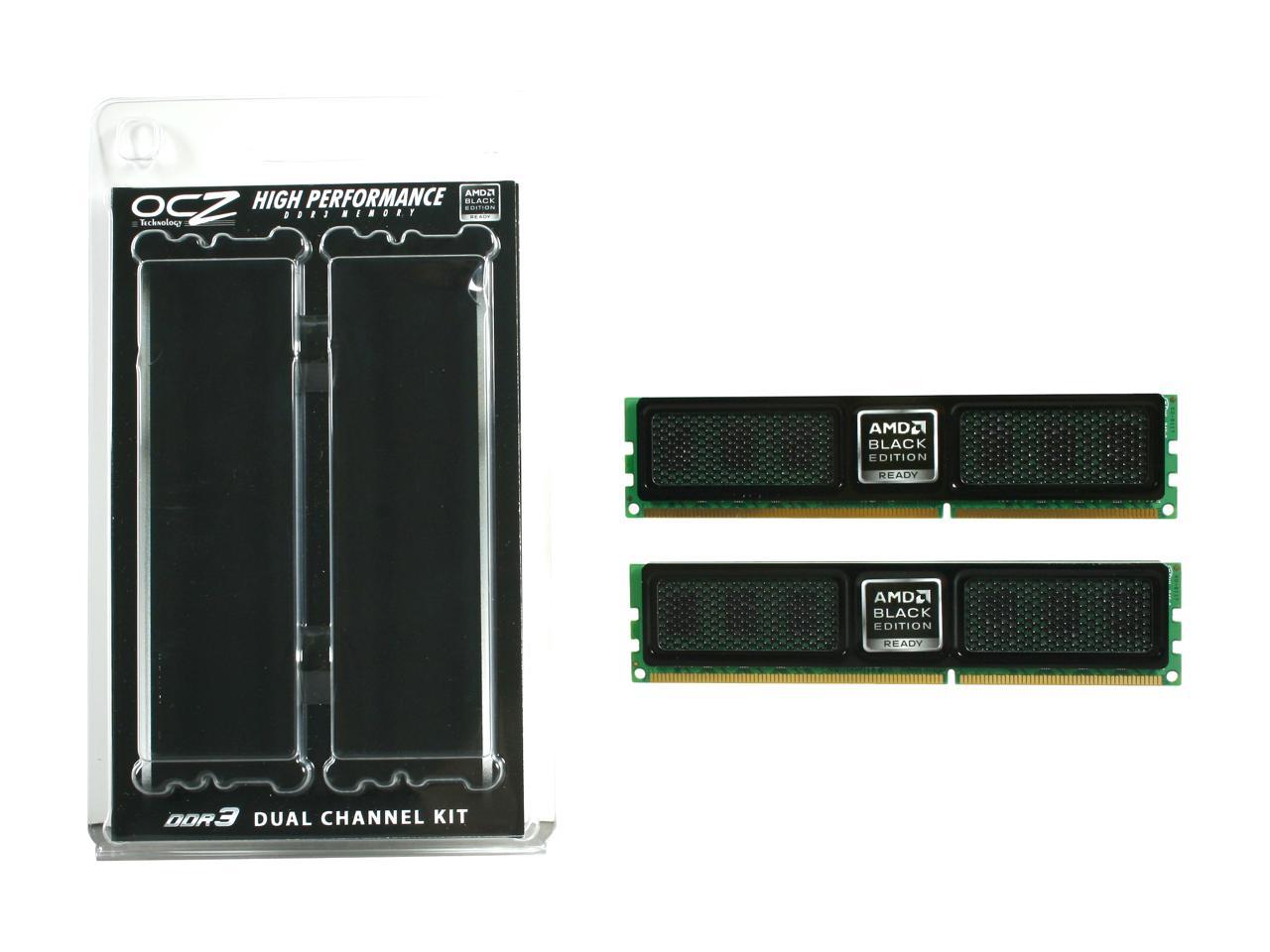 (239) Write a Review
OUT OF STOCK.
Overview
Specs
Reviews
OCZ’s AMD Black Edition is tested and qualified specifically for AMD’s latest “Black Edition” CPUs for ultimate performance and stability. Featuring the unique AMD “OverDrive™” (AOD) specification, users can unleash the remote stored profiles directly from AMD when used with supporting 790FX/790GX motherboards, giving users a performance edge with instant “plug and play” functionality. This highly advanced feature detects your OCZ Black Edition RAM when used in conjunction with AOD-supporting motherboards and AMD Black Edition Phenom CPUs, then the data is sent to a remote server to download the correct profiles to get your system up and running at its peak.
These high performance modules feature both the high densities and blazing frequencies enthusiasts and gamers demand to make the most of the latest PC titles and applications. Delivering plug and play overclocking the “AOD” feature does all the work for you!

Craig B.
Ownership: more than 1 year

Pros: If it worked - there'd be quite a few

Cons: I couldn't get this ram to run at anything past 1066mhz and be stable on prime95 or on memtest. Flashed bios, changed voltage and tried a few others things... no luck. The utility software you can download for the overclocking too is garbage.

Pros: RAM that is designed specifically to run with AM3 system. 1600 DDR3, 4 GIG, finally for the good price.

Overall Review: I usually stick with Corsair, but chose OZ for this build dew to lover cost and actually 100% compatibility.

Cons: None once I got all the timings and speeds set manually.

Overall Review: Had some issues for the first few hours to get these to run at 1600Mhz with the correct timings, but that could be related to my motherboard (Crosshair III Formula) they came stock at 1066, with 7-7-7-16 timings with auto settings in BIOS but once set manually works like a charm now.

Pros: Ram runs great once timings and speed are set for it. The SPD does not show any timings for 1600 speed. The highest is 1333.

Cons: Now for the fun part, if you don't have 1 of these 2 cpu's, it will not be recognized by AOD. AMD 965BE C2 AMD 955BE C2 AMD965BE C3 will not be recognized by the AOD program, and because of this you can't update the profile for the memory. No where does AMD and OCZ tell you this, you have to dig into the AMD website for the AOD program, to find the information. So to say the least I was a little aggrevated when I found this out.

Overall Review: The system can boot into Windows 7 and browse, but will not pass a blend test by Prime95. That may be good from most people, but when I buy something rated at a certain speed, it should be rock solid at that speed under all circumstances.

Manufacturer Response:
Hello, we are sorry for the problem. Please call (800)459-1816 and ask to speak to the support manager. We will be of help to you and will help you resolve any issues that you are having. You can also visit our support forums at the link below and post in the memory section for help with troubleshooting and settings. Our excellent forum staff will be happy to help. Thank you

Pros: Most likely great ram for the right mother board.

Cons: Will not work at factory default settings in all am3 mother boards with the 790gx chip set as advertised. Your mother board must be able to fully except pc12800/1600 ram-not just be capable of over clocking to that. I have a ASUS M4A78T-E with a 720 black box cpu. This ram would not run at factory defaults with out 1.9 voltage-advertises it will run at 1.65 it wont in this type of mother board.

Overall Review: It should not be advertise as a 790gx compatable product unless the limitations are explained. WAsted my time-And i have to say-even when the factory timings were reach at the outragous voltage-my 1333 crucial balistic ram was also able to reach the exact timings 7-7-7-20/1600 at 1.76 volts and bench mark much higher.

Manufacturer Response:
Hello, we are sorry that you are having difficulties. We would like to assist you with troubleshooting and settings on our support forums at the link below. Please pay us a visit and post in the memory section. Thank you

Pros: Needed to add some higher speed memory to a system build. Have used this memory successfuly in other AMD builds. For people having trouble reaching the 1600+ speed, check your MB mfg. for BIOS updates. Currently have this installed (2GBX4) in Gigabyte MA770T mobo, Phenom II 945 (X4) Deneb, Win7 64-bit. Timings are 8-8-7-21-21 (1T) 1600 mHz. Could probably tweak to be a little more aggresive-- but with 4 sticks, and stable, leave well enough alone :) Nice heatsinks also. As long as your CPU fan has decent airflow, these guys stay cool (keep RAM voltage 1.60~1.66) then all is good. Very good RAM for the $$$ and OCZ stands behind their products with warranty (albeit slow RMA process)-- but warranty RMA's are always a pain no matter the company. If in need of good memory, buy it! Just remember YOU MUST make BIOS changes in your MB to run at high speed! Out of box SPD set to 1066, 7-7-7-21-21 (2T).

Cons: None, as I have not seen any-- just remember if wish to overclock (1600+), you will have to be a little savy in the BIOS. The OCZ forums have lots of information for troubleshooting if you are having troubles. Remember each cofiguration (Mobo/CPU/Mem/Video Card/OS) is different-- one has to do some "tweaking" to get things right when attempting to squeeze each clock of performance from your setup. Happy New Year people!

Cons: Difficult to find specifications and required optimal settings. This RAM does not run stable on default BIOS settings.