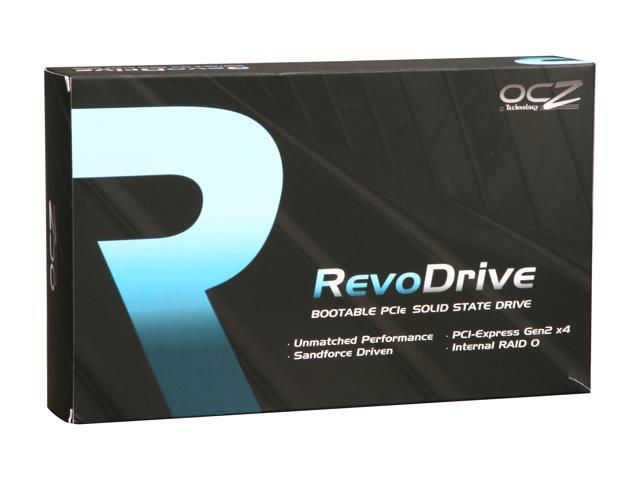 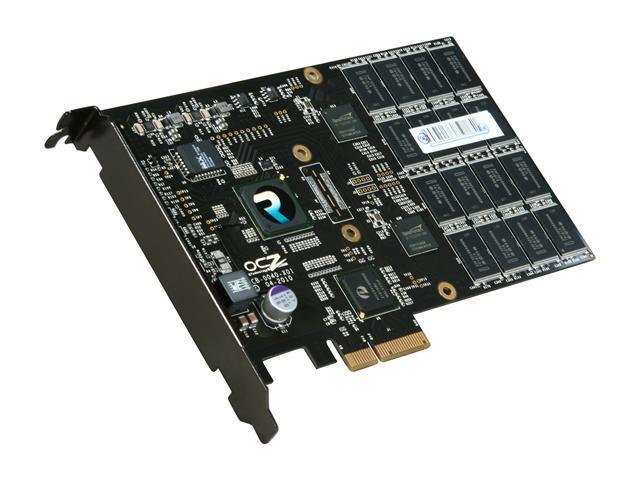 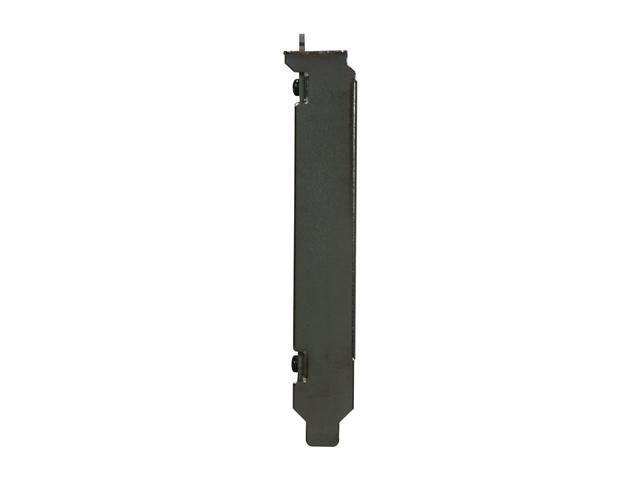 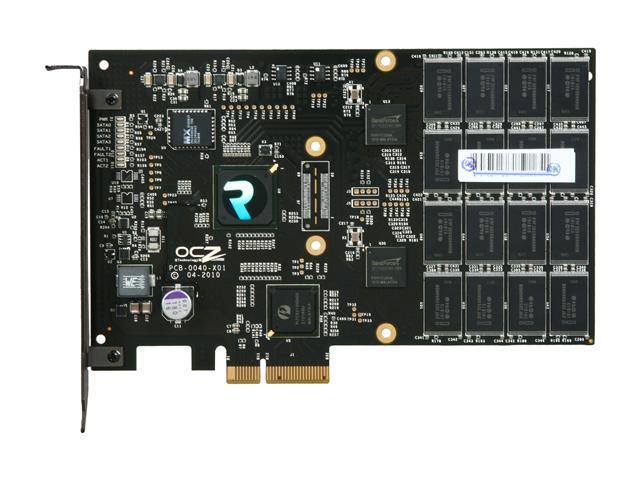 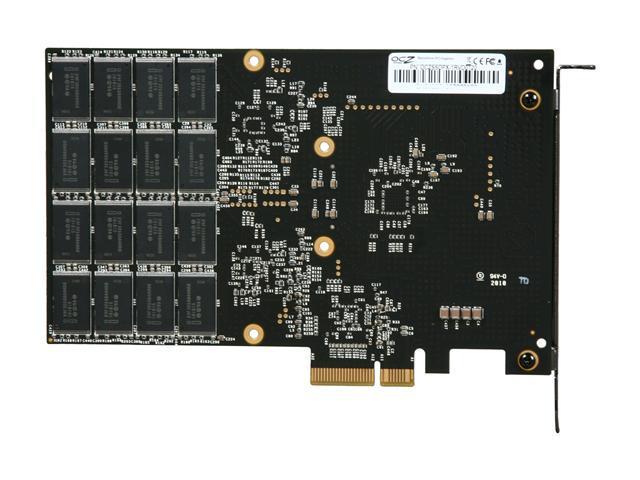 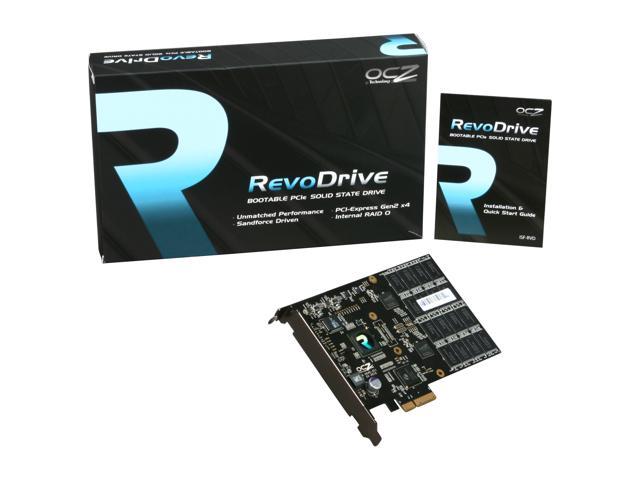 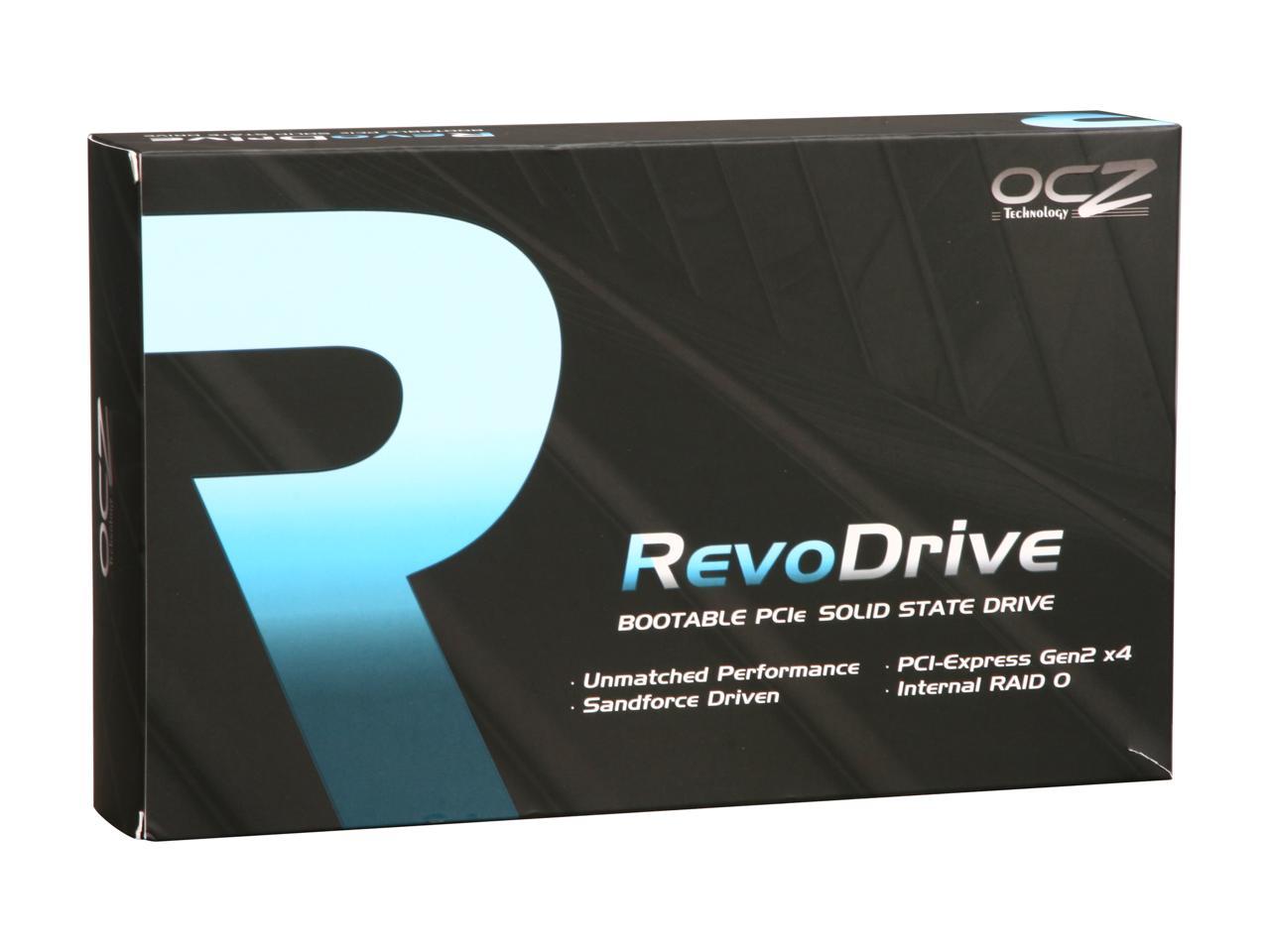 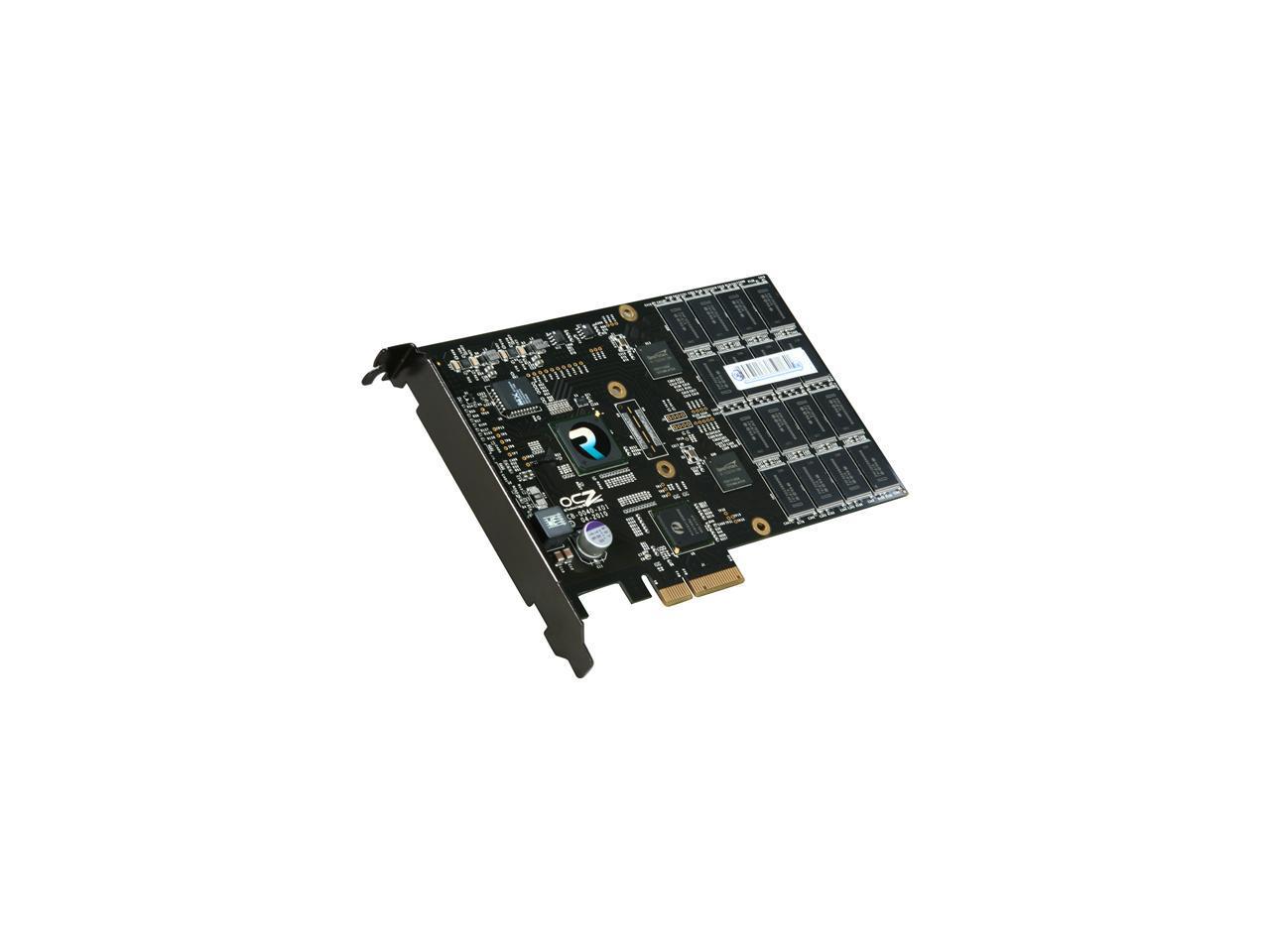 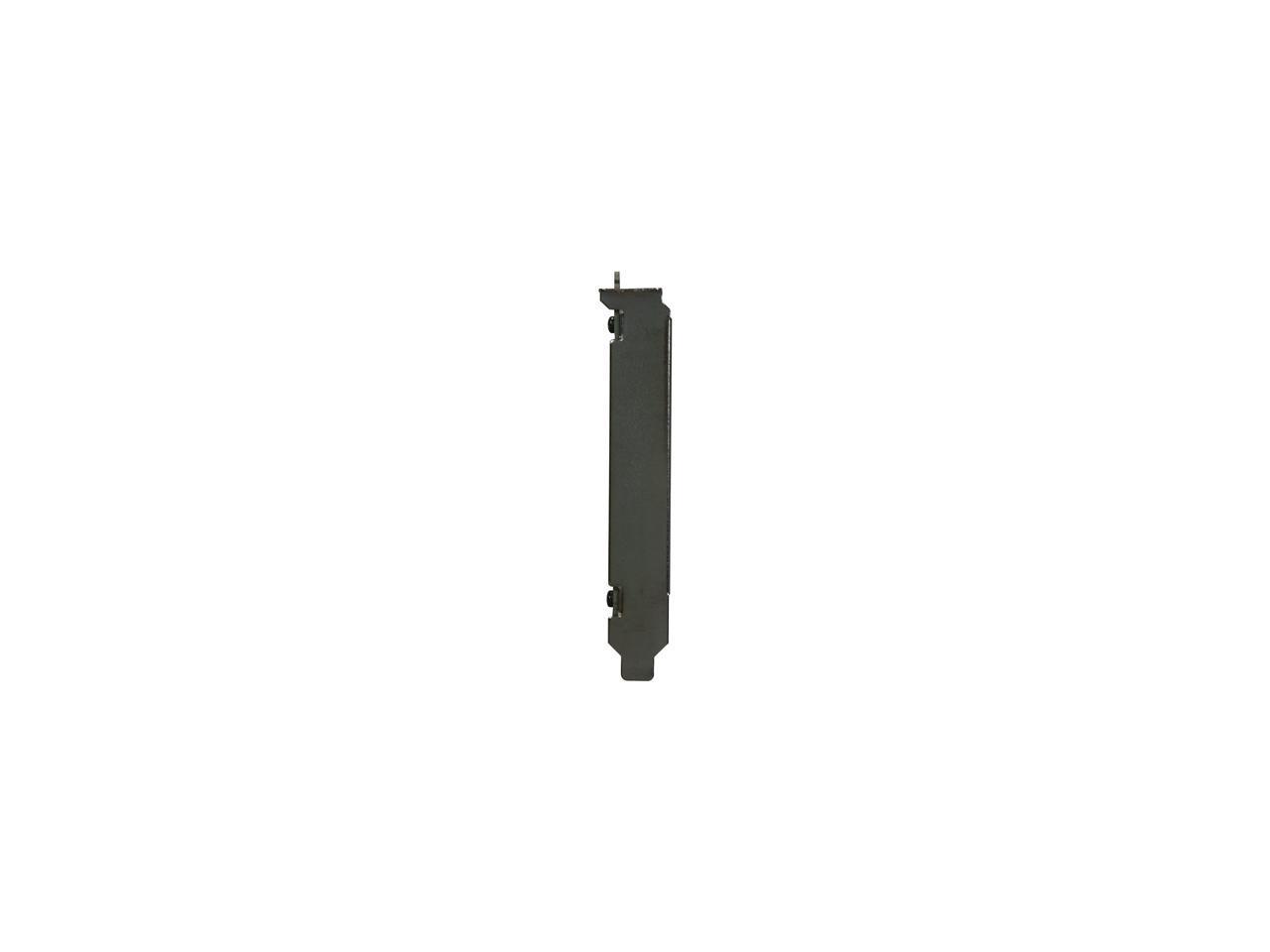 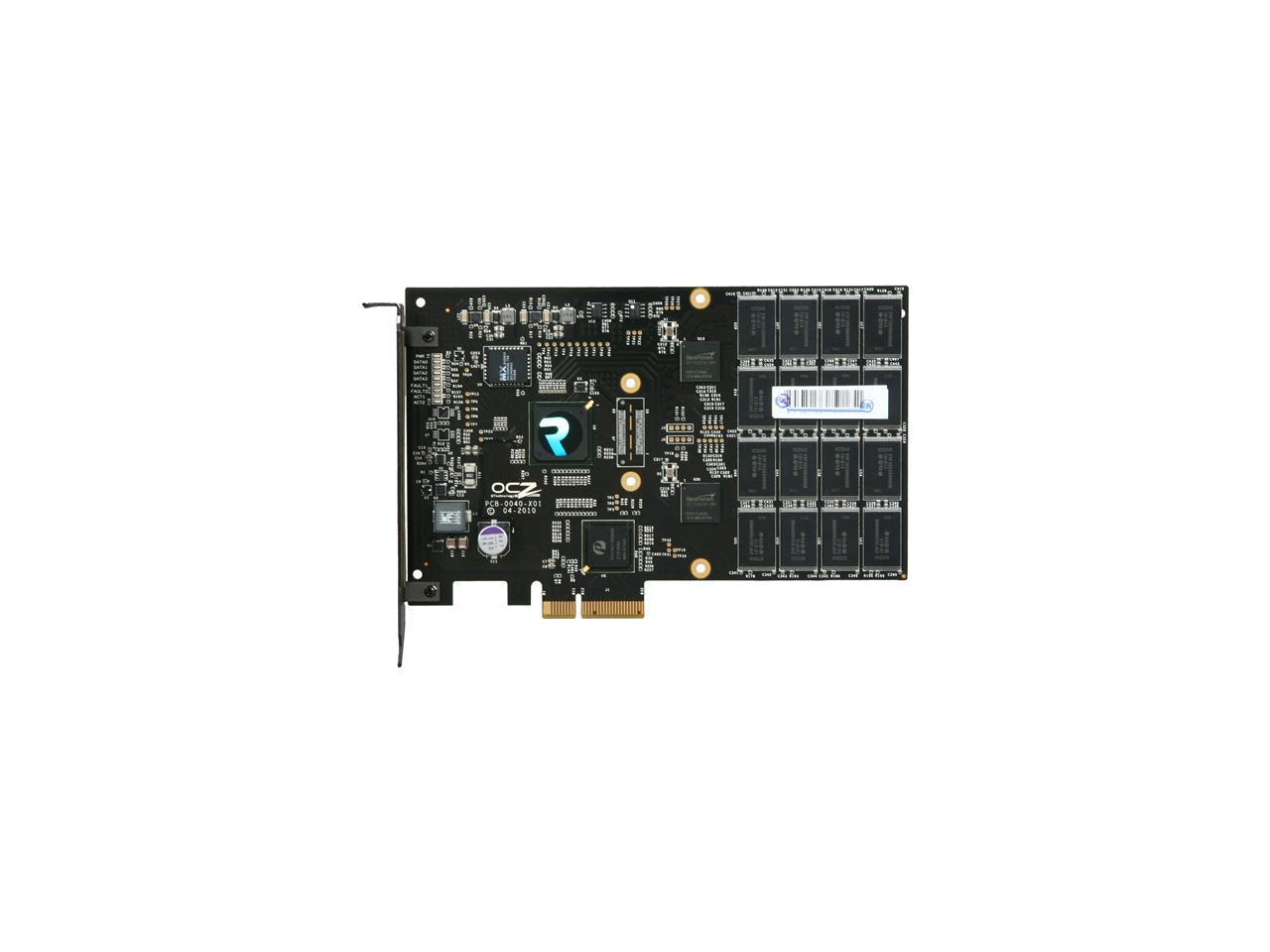 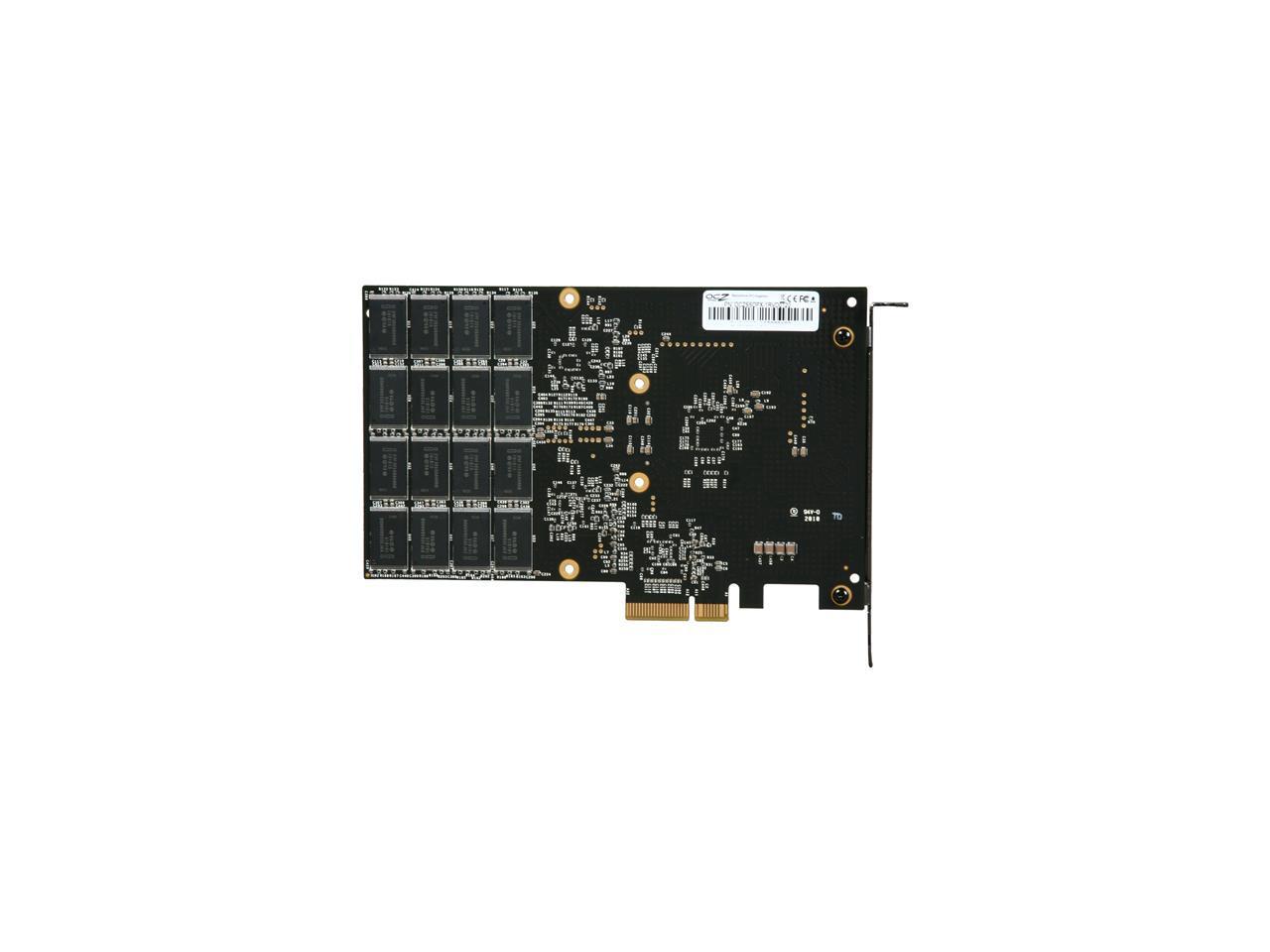 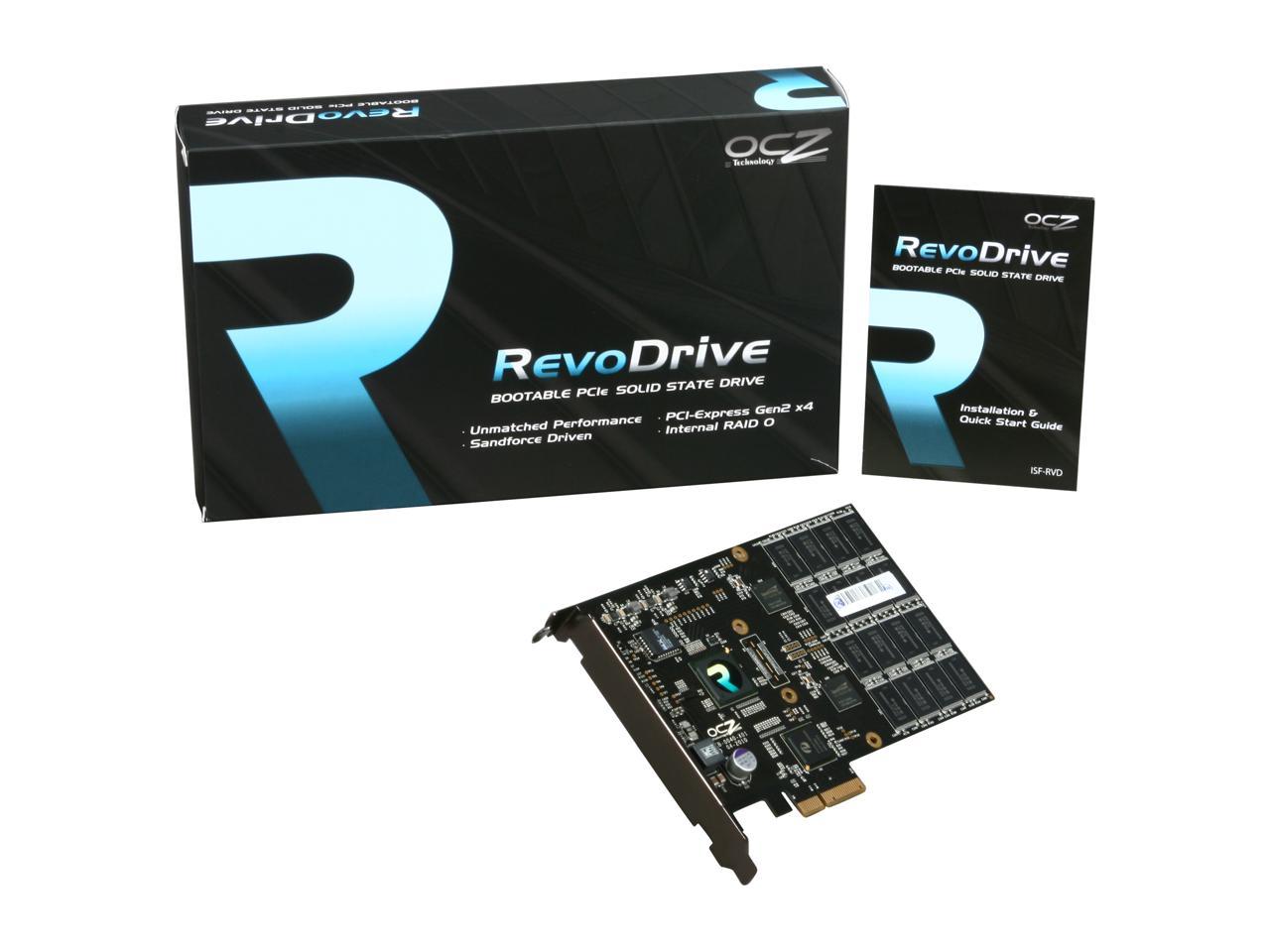 (190) Write a Review
OUT OF STOCK.
Overview
Specs
Reviews
The OCZ RevoDrive makes fast, faster with an innovative performance design that pushes the envelope in solid state technology and leaves hard drives in the dust. Moving beyond the bottleneck of the SATA interface, the RevoDrive features a PCIe interface to deliver superior performance. Designed for high-performance gaming PCs and workstations, the RevoDrive dominates thanks to the unique capability to run both Windows and your essential applications and games. With speeds up to 540MBps and 75,000 IOPS, this bootable PCI-Express SSD not only provides a more responsive PC experience, but promotes cooler, quieter, and more energy efficient conditions compared to traditional mechanical hard drives. The RevoDrive can accommodate a wide range of computing environments such as video-editing and other multi-media creation and management, all while providing the superior durability and reliability of SSDs.

Pros: Installing this drive was a breeze. Like a few others I also had my worries about being able to use this as a boot drive but I had absolutely no problems with it. It has a 7.9 WEI score which boosts my overall score to 7.7 from a previous 5.8. There's a very noticeable improvement in almost everything from boot times to opening applications and loading detailed maps into CS5 to playing games like WoW (I don't even see the loading screen when hearthing to Dalaran :D). I feel like my PC is finally at balance with all its components and none are bottle-necking each other. If you have a high end system but are still using HDD's you will not regret this purchase.

Cons: Price, but that's to be expected with relatively new tech.

Overall Review: System Specs: i7 920 @4.2 12 GB Ram in Triple Channel HD 5870 x2 crossfire Asus P6T Revodrive now! Velociraptorsx2 in raid0 Corsair HX750W PSU How I installed: -Reset any OC's on video card and on CPU through BIOS -Downloaded revodrive drivers from their website and burned onto a cd -Shutdown PC and switched power off on PSU to cut power off completely -Installed revodrive in the PCIex4 slot -Switched on and started up PC and enter BIOS -In boot menu change hard disk priority to raid (revodrive) -in boot priority change boot order to cdrom-raid(revodrive)-floppy -Inserted W7 DVD -F10 save and quite BIOS -Reboot and start installation, do an "advanced install" and proceed until it asks what disk you want the install to (it won't initially see the revodrive as an option to install to), from there click on 'load driver' and insert the cd (or dvd or bootable usb drive) with revodrive drivers. -You'll see the revodrive and can use it as a boot device to install w7

Pros: I am very thankful that this drive works with my motherboard as a boot drive. That was my biggest worry. I'm running an Intel DX48BT2 (X48) Motherboard with an Intel Core 2 Quad Q9550S and about 4 Gigs of RAM. I don't want to speak too much as I've only had this drive for one day. What I've noticed so far is that during the Vista Ultimate x86 installation, I had to download the drivers from the OCZ website (not that I was surprised or anything). After the install, I found the applications start up extremely fast! Boot up and shutdown process is a lot faster than before. We'll see if this performance decreases in the coming weeks after I've loaded all of my remaining applications and my music/video library. Love the LED lights on the card... if you have one of them fancy, see-through, cases, this may be a plus for you!

Pros: As noted, unbelievably fast. Also quiet and nice slim circuit board. Drivers went in well, but I did have to decompress to a usb stick during win 7 installation. Boots like a champ.

Cons: Won't sleep in win7. I've tried some stuff, nothing seemed to work. Not that big a deal but cuts it to a 4. I'll vote for a driver fix.

Pros: This drive screams. It's insanely fast, running intesive 3D modeling software would be very jittery on my sata6GB drive but when I switched over to the Revodrive it fixed all the performance problems I had. I love how fast windows 7 boots up and how fast all my applications load. Get this Drive (but make sure your motherboard can support it)!

Cons: Depending on your motherboard it can be a pain to get it to run as primary boot drive. OCZ tech support and forums are awesome and I was quickly able to find the info I needed to get the drive working correctly with my Asus Sabertooth X58 Motherboard.

Overall Review: After Formatting the drive you are able to use 111 GB And then after installing windows 7 pro it's under 100GB available. Check forums for help getting drive set up: http://www.ocztechnologyforum.com/forum/showthread.php?76129-Install-problems-to-Revo-drive-...read-this./page11 - RevoDrive in Asus Sabertooth X58 works, but could not use my SATA Optical Drive to load it. Had to disable ALL SATA (including the optical drive) and then use a USB Drive for the OS install and drivers. Once that was done I could plug all SATA back in and everything works fine. - Multiple Revos in the same Motherboard will NOT work.

Pros: Very Fast. The real PRO is that I didn't have to disable or take out ANYTHING!! I have 2 1.5TB HDD in Raid 0, 4 other SATA (3 HDD and My Plextor Blu Ray Burner). I add a SATA III raid card so I could add a SATA III 2TB Seagate. I figured if I could just image my current C partition and restore it onto the Revo I SHOULD be Golden. My board is an ASUS P6T Deluxe V2 with the latest BIOS. I installed the Revodrive's x64 Windows 7 driver into Windows. I imaged my C partition using Shadowprotect. I put the card in and it showed up immediately. The drive my C partition with Windows 7 x64 was on also had Vista and XP x64 Making me deal with the MBR. I'm lazy so I did it the easy way. I put the card in and it showed up immediately. I changed the boot order so the Revo was the boot drive, aligned it and installed the driver and a Clean copy of Windows 7 x64. I restored my image to the drive and VOILA Windows 7 Ultimate x64 all my programs and settings and a Primary Hard Disk Score 7.9

Cons: All the time I spent thinking this was gonna be hard.

Cons: Not a big deal, but I had to rebuild the Raid before I was able to install Windows 7 64bit on it. Just press F4 during the boot of your computer, remove the logical raid volume and recreate it.

Overall Review: If your MB doesn't have SATA3, this is your best option for the fastest SSD solution.

Pros: Easy to install and set up.

Pros: Easily attains the advertised transfer rates (I tested with ATTO and hit 500MB+ per second). Looks awesome and has nice blue LED indicator lights. Small enough to fit in my Lian Li PC-V350B mATX case. Windows 7 x64 boots faster than I can pour another cup of coffee. On sale b/c it's gen 1 but that's good enough for me!

Cons: The onboard RAID may not play well with a pre-existing firmware-based RAID. If you already have a mobo-based RAID you might need to give it up (I did). It has to do with pumping both sets of option ROMS into BIOS at boot (limited NVRAM space). I actually got both RAIDs to work simultaneously but only if I didn't load the SATA controller - which would have meant no DVD drive. This is not OCZ's fault so I still give this 5 eggs. Because this card sports an onboard RAID 1, it can't support TRIM. Supposedly speed will degrade with time but I still think this is a great product and an innovative version of SSD.

Overall Review: My mobo isn't listed as compatible but with some time and patience my BIOS recognized the OCZ RAID and now it works perfectly. It's an older mobo and doesn't list PCI as a boot option in BIOS but it found this card after I played with the SATA/RAID boot options for a bit. I took the $280 gamble and won. The final upgrade to my workstation! Asus P5N7A-VM GeForce 9300/nForce 730i mATX Intel Q9650 @ 3.3ghz w/ Corsair H50 Thermaltake Extreme Spirit II A-DATA Supreme Series (4x4GB) DDR2 880MHz OCZ RevoDrive x4 120GB 2 x WD Black 640GB SATA 3.0 LG Black 8X BD-ROM LG 24" 1080p LCD