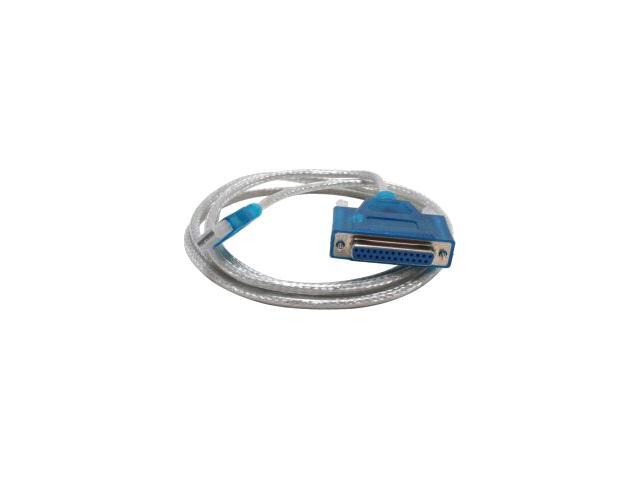 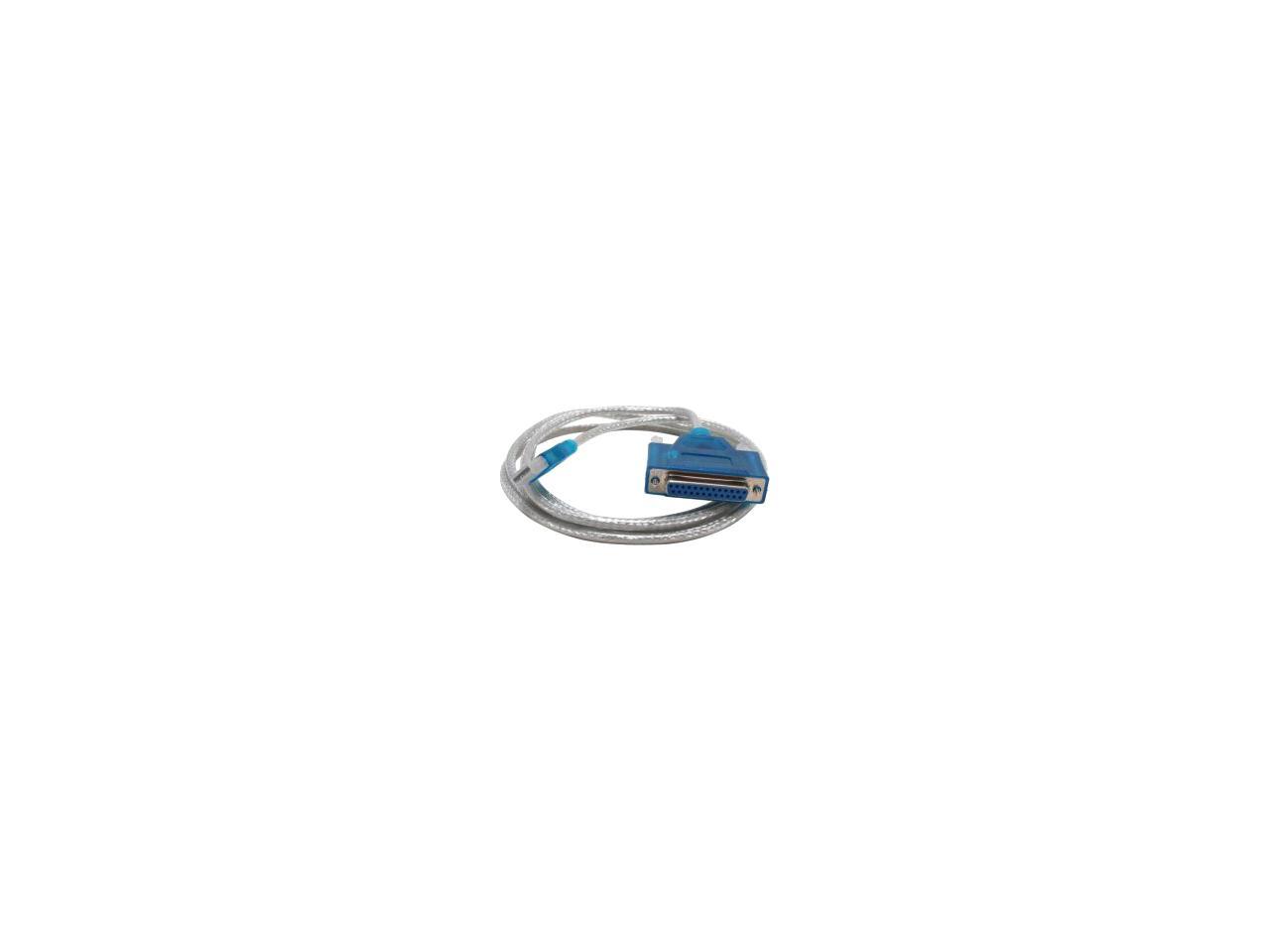 (133) Write a Review
In stock.
Ships from China.
Most customers receive within 5-32 days.
Specs
Reviews

Learn more about the Sabrent USB-DB25F

Pros: My old PC recently died. I bought a new PC running Vista that did not have a DB25 port on it and needed to hook up my older model HP LaserJet 1100 that has a DB25 cable. So far this cable seems to work fine, & I am printing with it from the aforementioned Vista PC and also a networked XP PC. If you have an older printer, and the staff at your local computer store are telling you to buy a new printer because they don't carry the necessary cable to convert, give this a try first. Much cheaper than replacing a perfectly good printer. The environment will thank you too.

Cons: No solid instructions included. However, see below for my experience installing it.

Overall Review: If you are running XP or Vista, ignore the disk that comes with the cable - it only has drivers for older versions of Windows. I had issues at first with the cable... what finally worked was to plug the cable in by itself & THEN after Windows found it and installed the driver for the cable, plugged the printer into the cable. Windows then installed the printer drivers. (Perhaps a rookie mistake, but one that is easy to make & I wasted a bunch of time making it so want to spare others the experience!) Windows assigned my printer to a USB virtual printer port.

Pros: Worked like a charm to hook an HP Laserjet 1100 up to the USB port on a SimpleShare network drive. Other than the setup required by SimpleShare for a shared network printer, the whole process was effortless. Now all of my home computers can share the Laserjet 1100 with only the SimpleShare drive and printer having to be powered on. I am so glad I found this. I had been thinking about tossing the perfectly good Laserjet because it only had the DB25 parallel hookup. Boy am I glad I found this!

Cons: The included CD did not have any driver software for this particular cable/adapter, but none appeared to be needed in this scenario with the SimpleShare and with all Windows XP computers.

Pros: I didn't find any reviews from others as to whether this cable works with Linux (Ubuntu). However, since I've found that Ubuntu recognizes most everything I've used I figured the small price was worth putting out to find out. The cable arrived in just 2 or 3 days. After plugging it up, there was an instant connection! No problems whatsoever. :)

Overall Review: I found it odd that the cable does not connect directly to the printer but to the other printer cable. A little more cable to wrap up behind the desk is nothing as long as it works.

Pros: Ok, this heap is good for one thing: Connecting your old Parallel Printer to a new PC. The moment you plug it in, it detects all the hardware it needs for Printing. But nothing else!

Cons: Unfortunately, this does not work for Parallel-Port HASPS, Especially Aladdin. Simply does nto detect the Hasp.

Overall Review: I am still looking for a way to plug my HASP into a USB or other port. It seems to be a futile search so far, fortunately it only cost me about 16 bucks so far. There has GOT to be a compleat USB to Parallel Port converter, that performs all the functions of a Parallel Port.

Overall Review: Use it with the old HP LaserJet 2100. Udev will find it and create the device /dev/usb/lp0 (and a symlink /dev/usblp0). Despite this name, when configuring CUPS one has to specify the address as parallel:/dev/usblp0.

Pros: There are a lot of "USB to Parallel Printer" adapters on the market, but the majority of those products fail to work with all printers. This product is different because rather than go from USB to a Centronics connector for the printer, it instead simply provides a fully functional parallel port, to which you could conceivably connect anything! As far as your operating system and printer are aware, there is no functional difference between a traditional parallel port and this device. It worked with every printer I tested (11 of them), including 15-year-old HP LaserJets and ink-jets, some 10-year-old Epson ink-jets, and a variety of laser and ink-jet printers that are much newer.

Cons: You will need a standard cable for your printer (full or mini-sized Centronics to 25-pin). Every parallel printer cable has male screws on the 25-pin end, and unfortunately, so does this adapter. That means when you try to connect the printer cable to this parallel adapter cable, they both have male screws and it is not possible to tighten them together. However, these ancient connector housing being what they are, they have a great pressure fit, and I did not find the lack of tightening to be a problem whatsoever. It just looks silly when you stare at it for a second.

Overall Review: The market is full of old printers still in perfect working order, but lacking USB connectivity. Such was the case for me; I have several HP LaserJets (4100, 2100, 1100, 6P, 5L, 4L) that all work like they day they were new, but don't work with modern computers that lack a parallel connection. I tested all of these printers with this device and every one of them worked perfectly, as expected.

Pros: Yay!! I can finally use my old laser printer with my new windows 7/64 computer! Brilliant.

Overall Review: The printer was not immediately recognized by Windows 7 when I plugged it in, but I was able to manually add the printer. Also, you do need to keep your existing parallel printer cable because this converter plugs into the old cable, not into the printer.