Sold by: Newegg
Shipped by Newegg
Newegg’s gift-wrap service is the ideal solution for making your gift special! Select your item as a gift, then add your message. Your gift will also be discreet with no prices being included on the packing slip.
Price Alert
Add To List 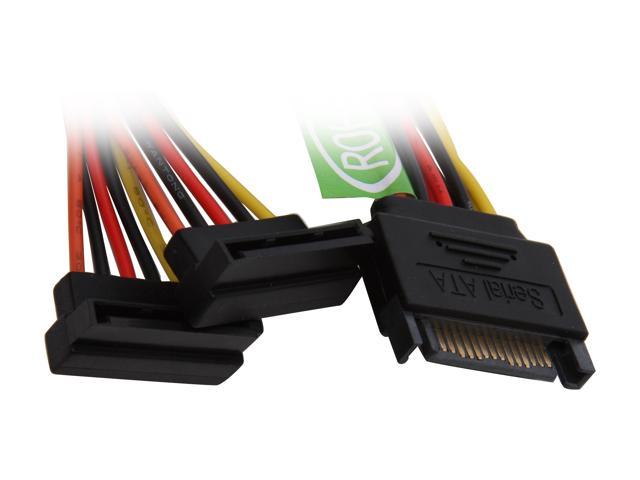 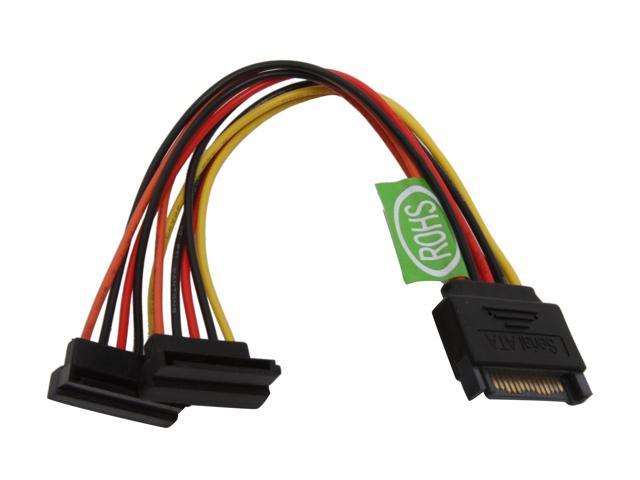 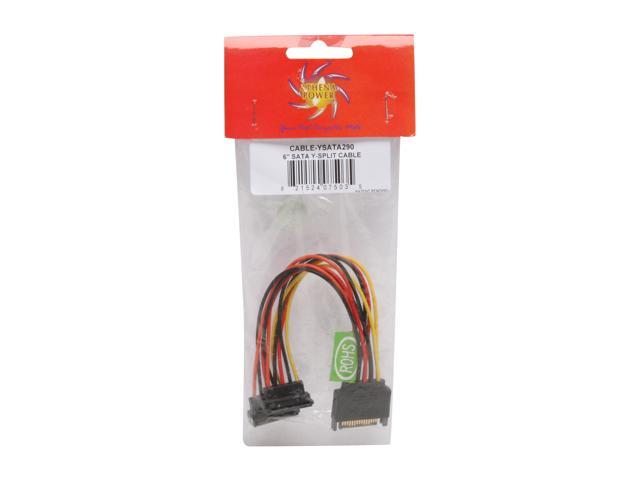 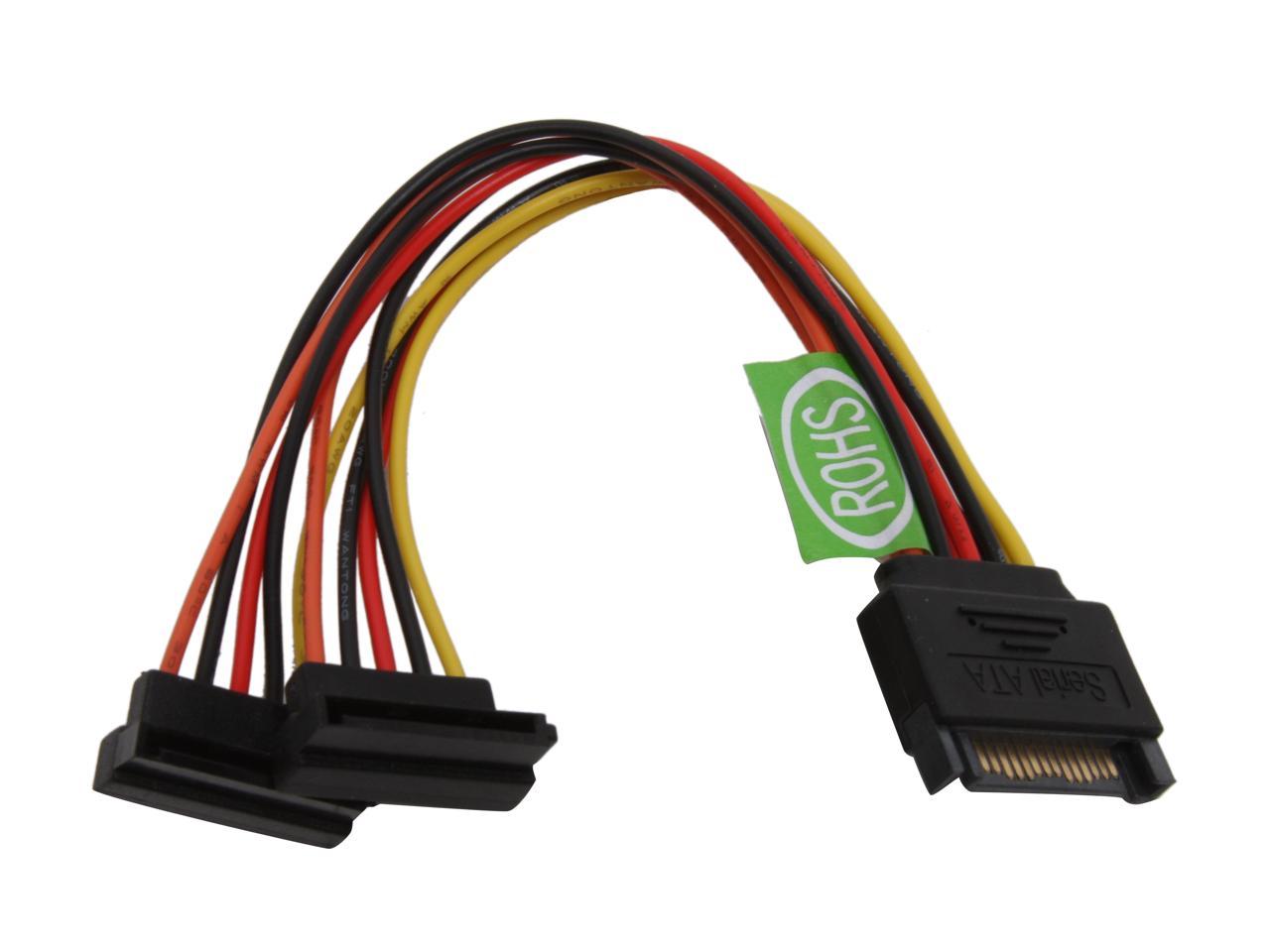 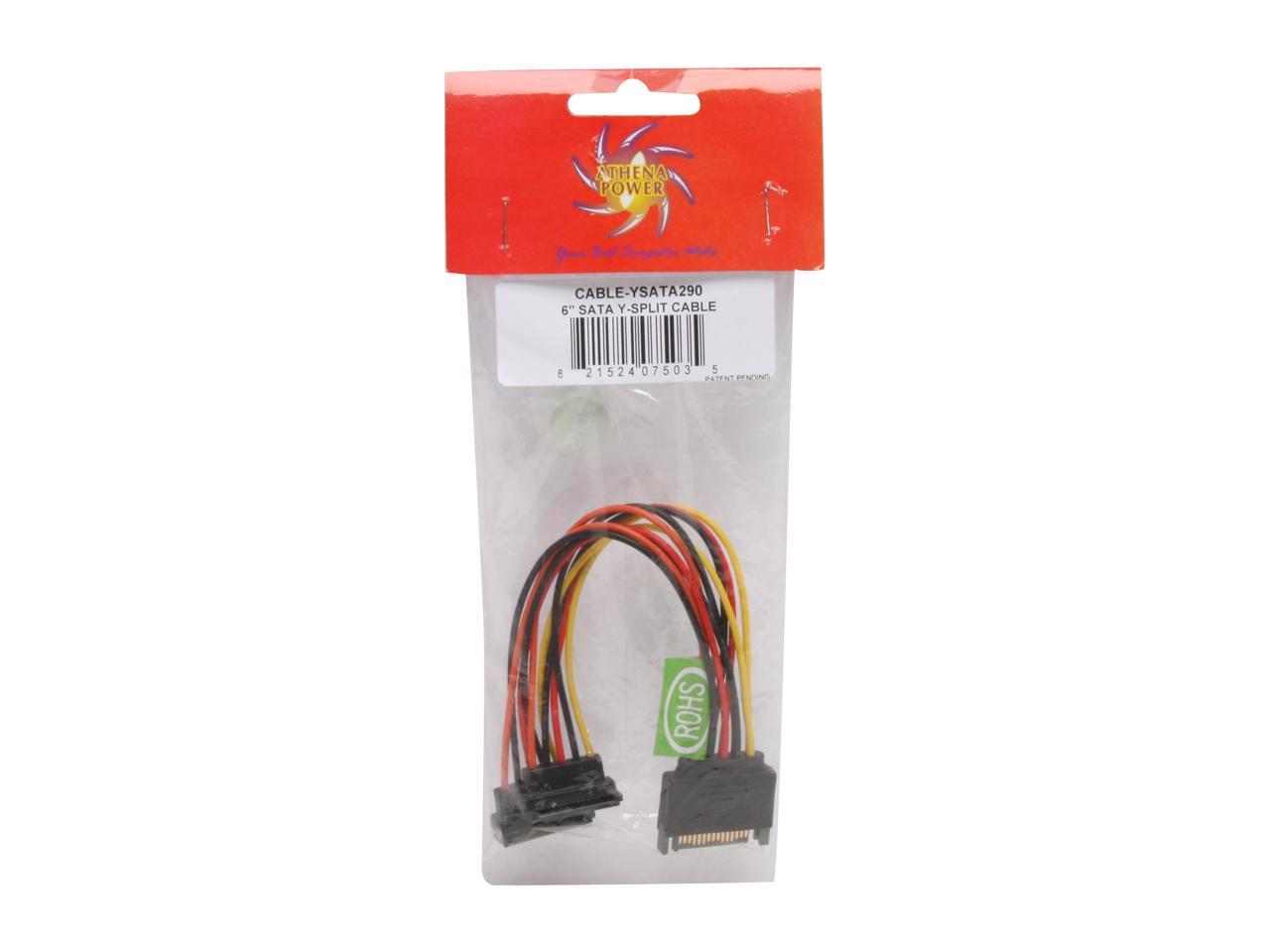 Pros: its an adapter cable and it served it purpose

Overall Review: I am happy with my purchase

Pros: Ok more than two words: It works, and quite well I might add. Fits very nicely on the drive. This is my favorite, and the main reason I bough this cable: It is the only SATA power cable that actually has a SATA male connector. Most others are molex to SATA. On old cables that means that if you have a device that actually requires power off the 3.3V line, it won't work. You don't need to route a Molex power cable to the HDD zone of your case. Unlike the heavy cables from the PSU, these place almost no stress on the drive's power connectors. Right angle on the drive end; very useful for clean cable management.

Cons: Could be a pro, depends on how you see it: these point North when plugged in the drive. If you buy this cable, you most likely have at least 2 SATA drives which are most likely stacked on top of each other, with the connectors being about one inch apart. So why then isn't one end 1" longer(or shorter) than the other. this cause a bit of cable bulge, but it's not a good enough reason to take an egg of the rating. Still 5 eggs.

Overall Review: I got two of these to. My original plean was to have these pointing North and "meet" the PSU cables at the bottom of the case. A slight rewirking of the plan was needed, but nothing major. I got them because the PSU SATA cables were putting far too much strain on the drives' SATA power connectors, and there was no way to prevent that. I've actually had to RMA a couple of drives a while ago because the plastic notch broke off due to the stress, and the power connector shifted just enough to send a power spike through the drive that hit another drive on the same rail. Both were instantly dead. Horror aside, these cables aloow me to prevent just that. I have 5 drives stacked on top of each other (+2 more), and no problem powering them. Anyone who has more than one SATA drive should really look into getting this cable. It's cheap, and can save you a lot of trouble down the road.

Pros: does what it should

Overall Review: the ends on this are reversed so the wires will be turned up on things like dvd drives. not a bad thing, just something to keep in mind if you like a very neat case.

Pros: Very snug connections with almost no wiggle, and seems to be of good quality.

Cons: Installs "upside down" compared to most other connectors so keep that in mind if you decide to purchase this product. the wires will point up from the HDD or CD/DVD if it is mounted right side up.

Overall Review: Bought this to use a power supply with only 1 4-pin connector in a tower with IDE DVD and HDD. Works great!

Pros: Exactly what I was looking for, and it's what you're looking for if you need to Y off a SATA power connector into another SATA and a molex 4 pin

Cons: I wish it were shorter for my application; but otherwise, none.

Overall Review: It doesn't say so anywhere, but it seems to be that this piece of hardware has been designed for precisely the situation where I've applied it. I have a case that allows attachment of a 2.5" drive to a steel plate; but the cable connections do not hang off the plate. Most SATA power connectors are quite a bit thicker and simply will not work in this situation. However, the combination of the left angle *and* a very low profile bit of plastic on the "top" of the connector means this connector works perfectly in this scenario. Some other reviewers have described this as a "right" angle connector; however, other cables that are sold as having right angle connectors are actually oriented the opposite direction. I think this connector is accurately described as "left angle". Look closely at the pictures and consider your application. The wires coming out of the connector will be toward the *top* of the drive with this cable. (Works great for my application, where the drives are installed upside-down.)

Overall Review: Nice way to get a couple of Molex connectors from a SATA drive power cable. So happy they make such a product and so happy Newegg sells them.