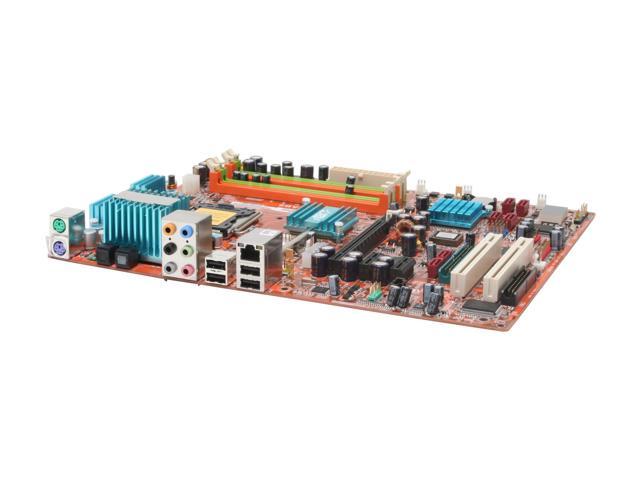 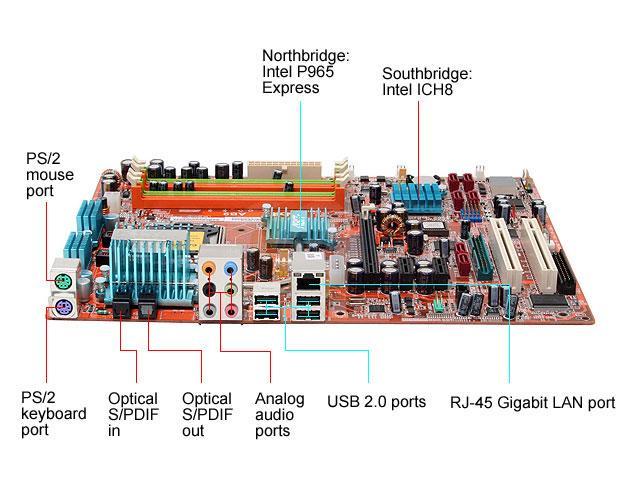 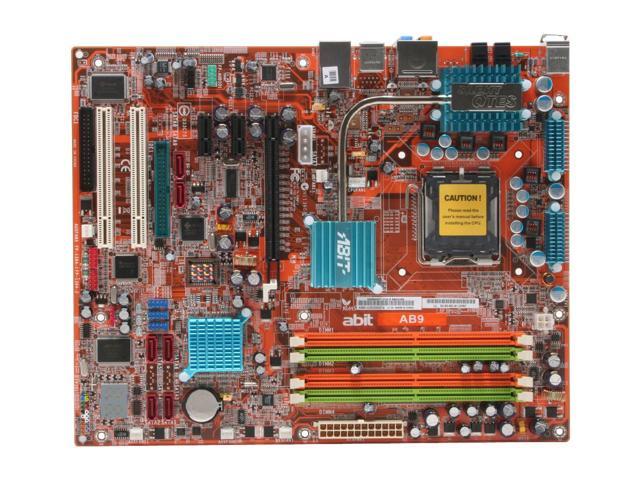 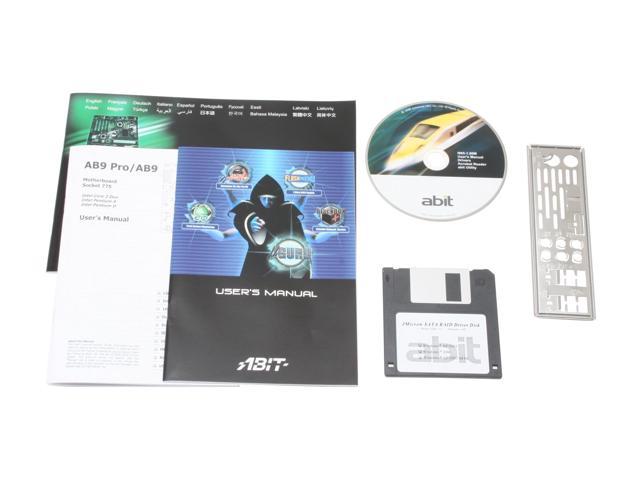 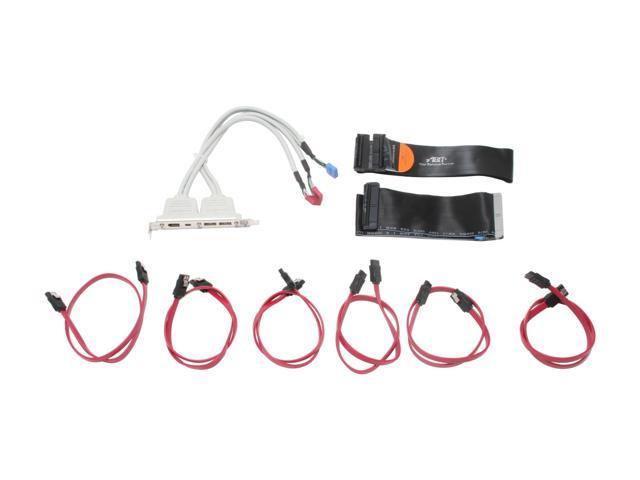 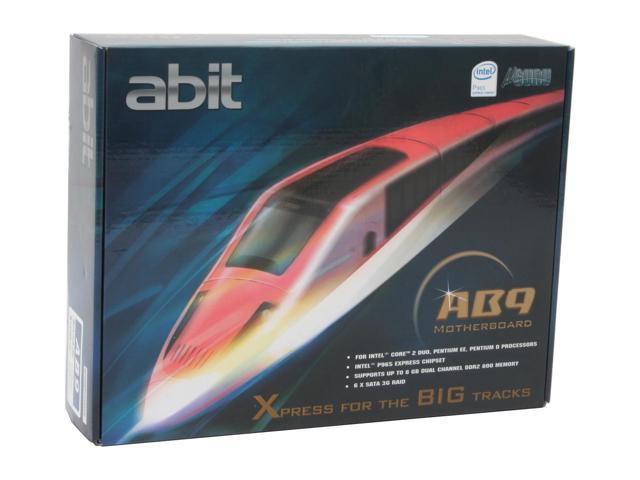 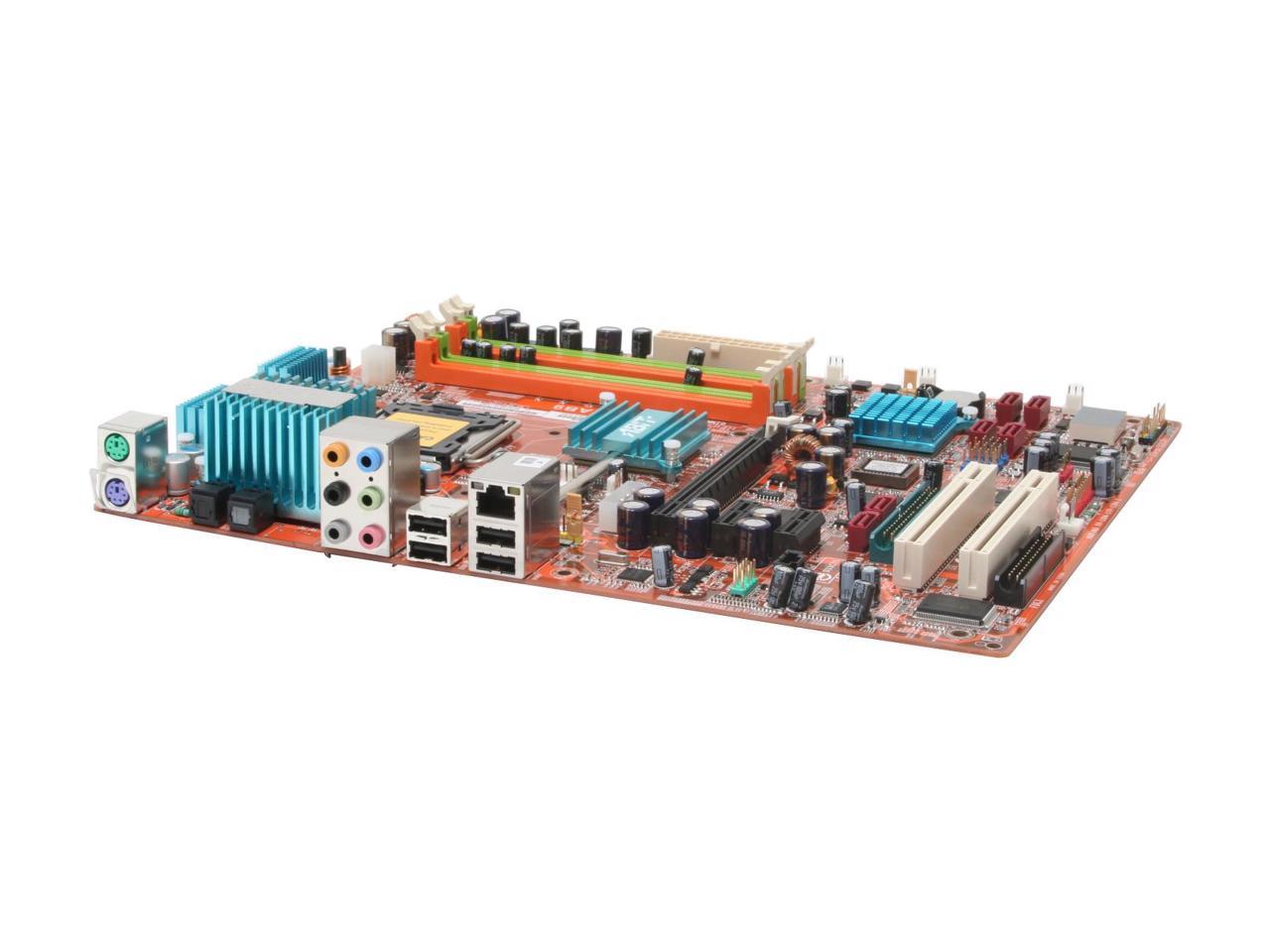 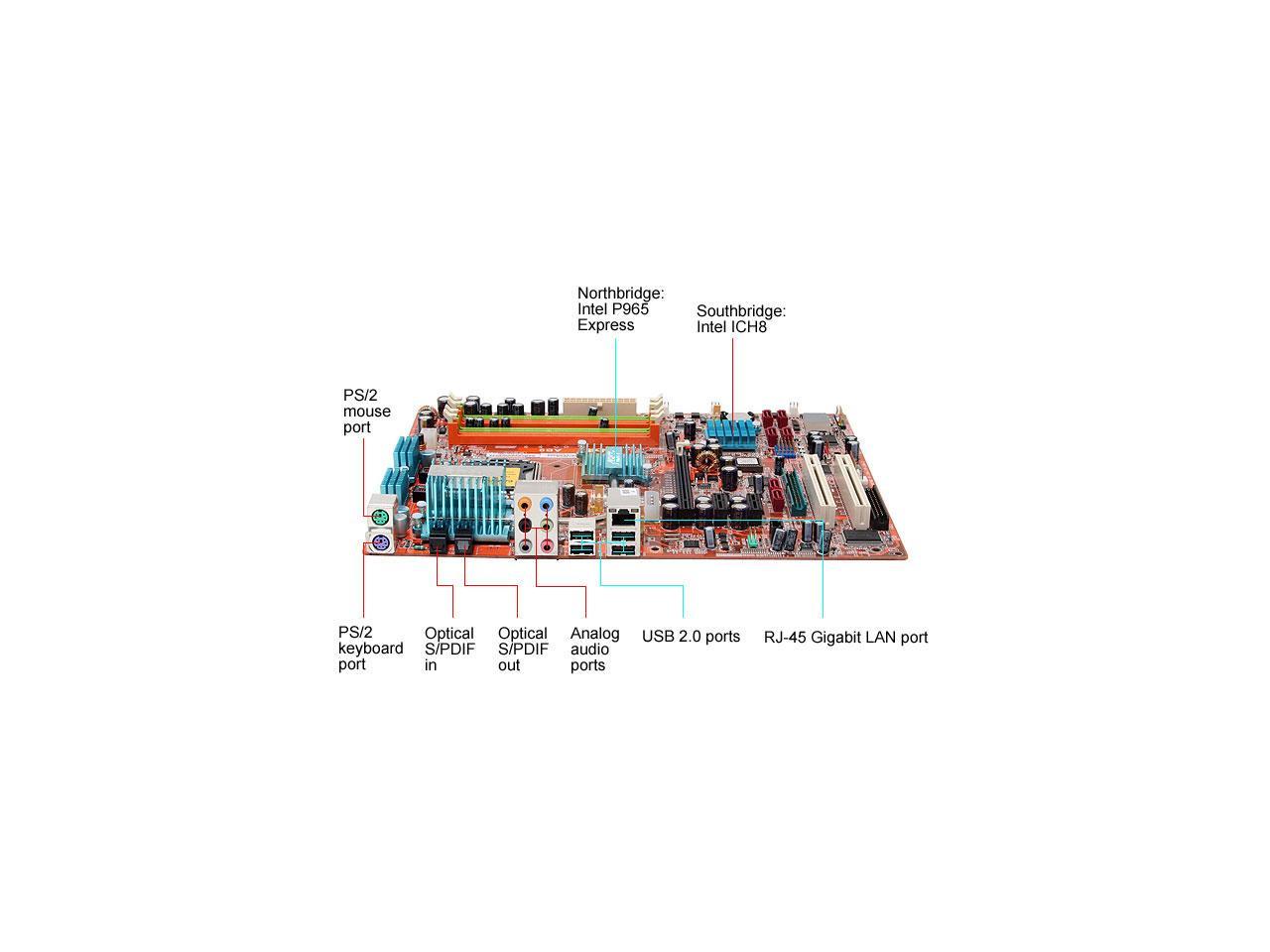 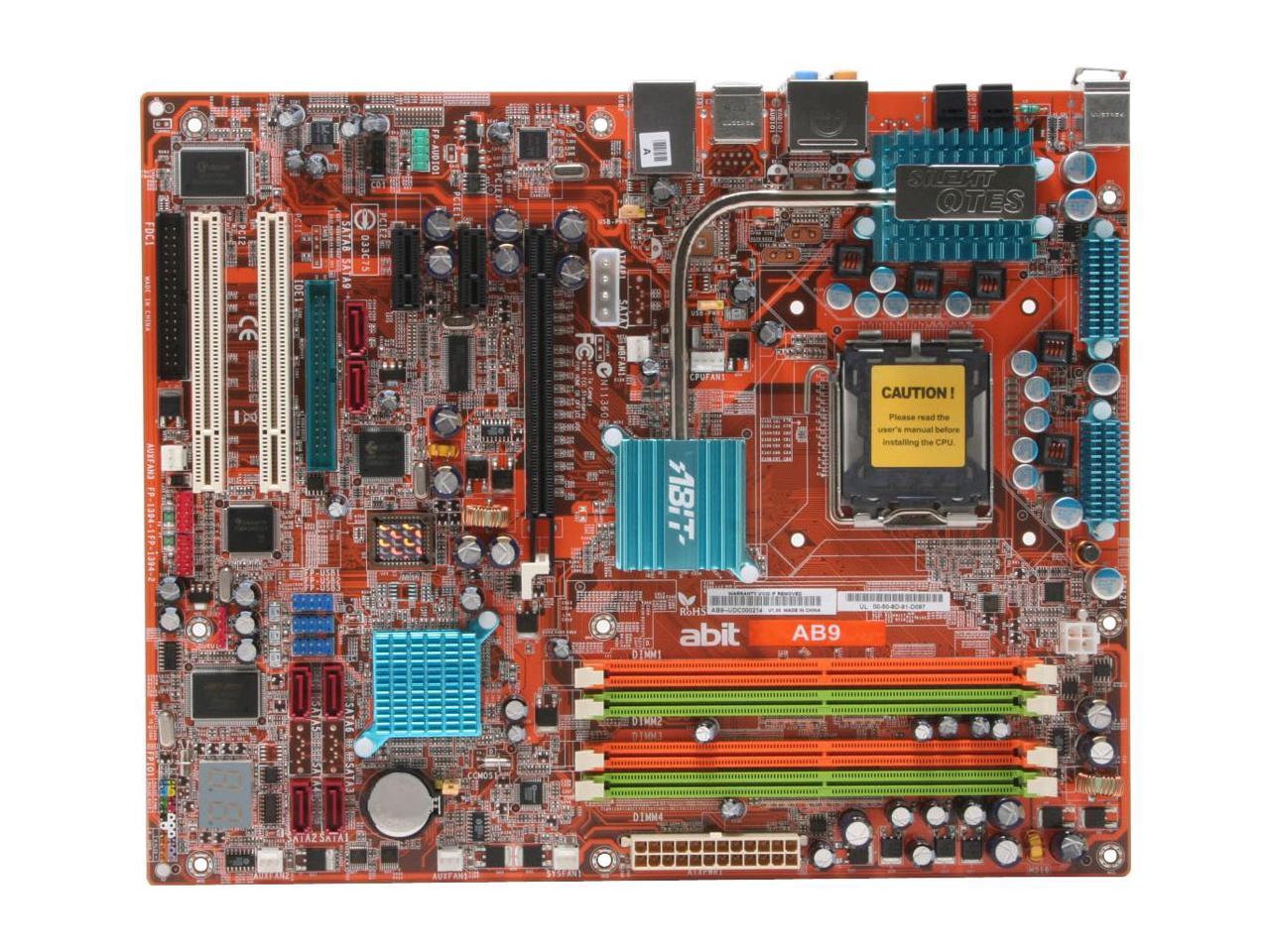 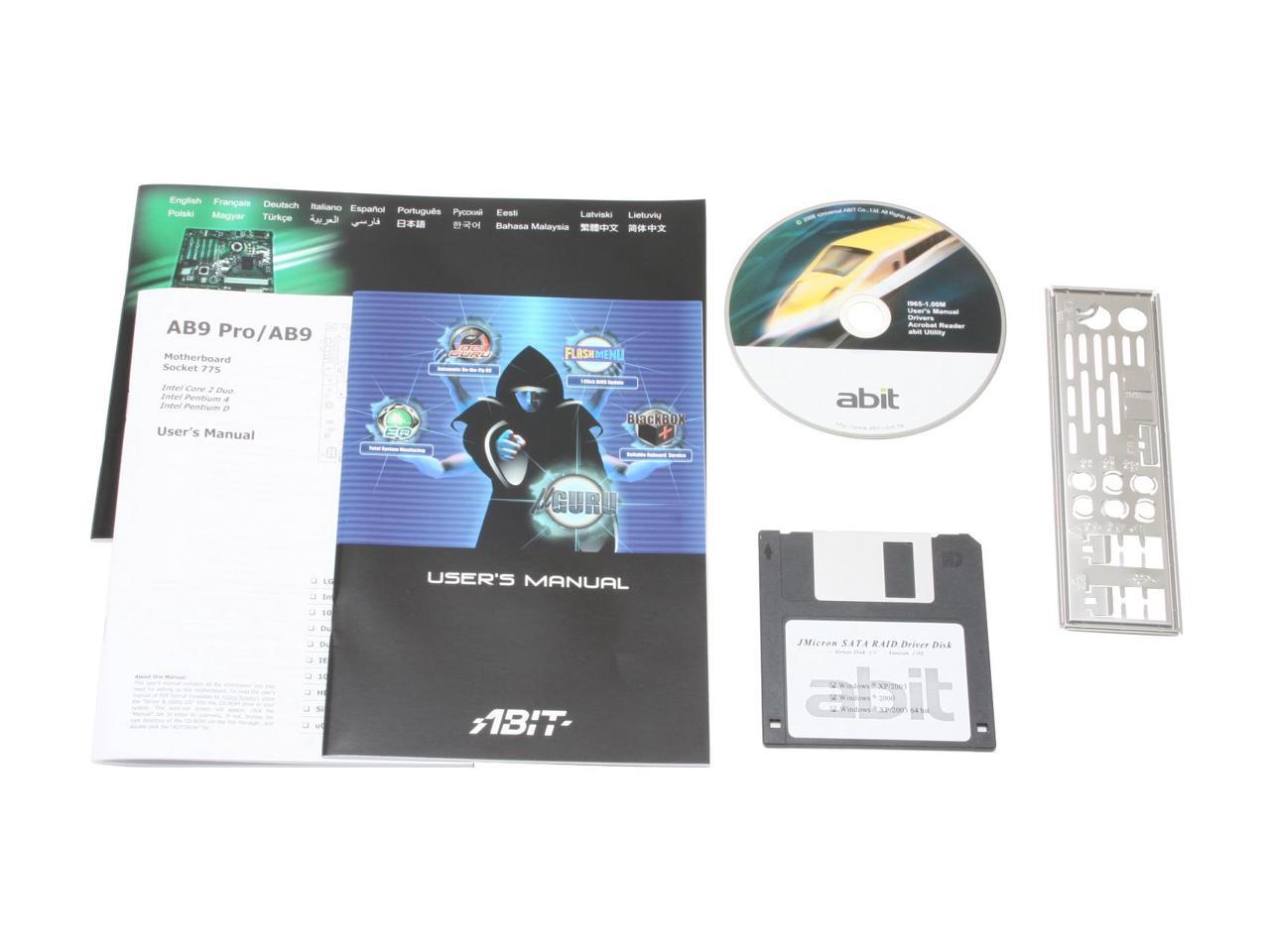 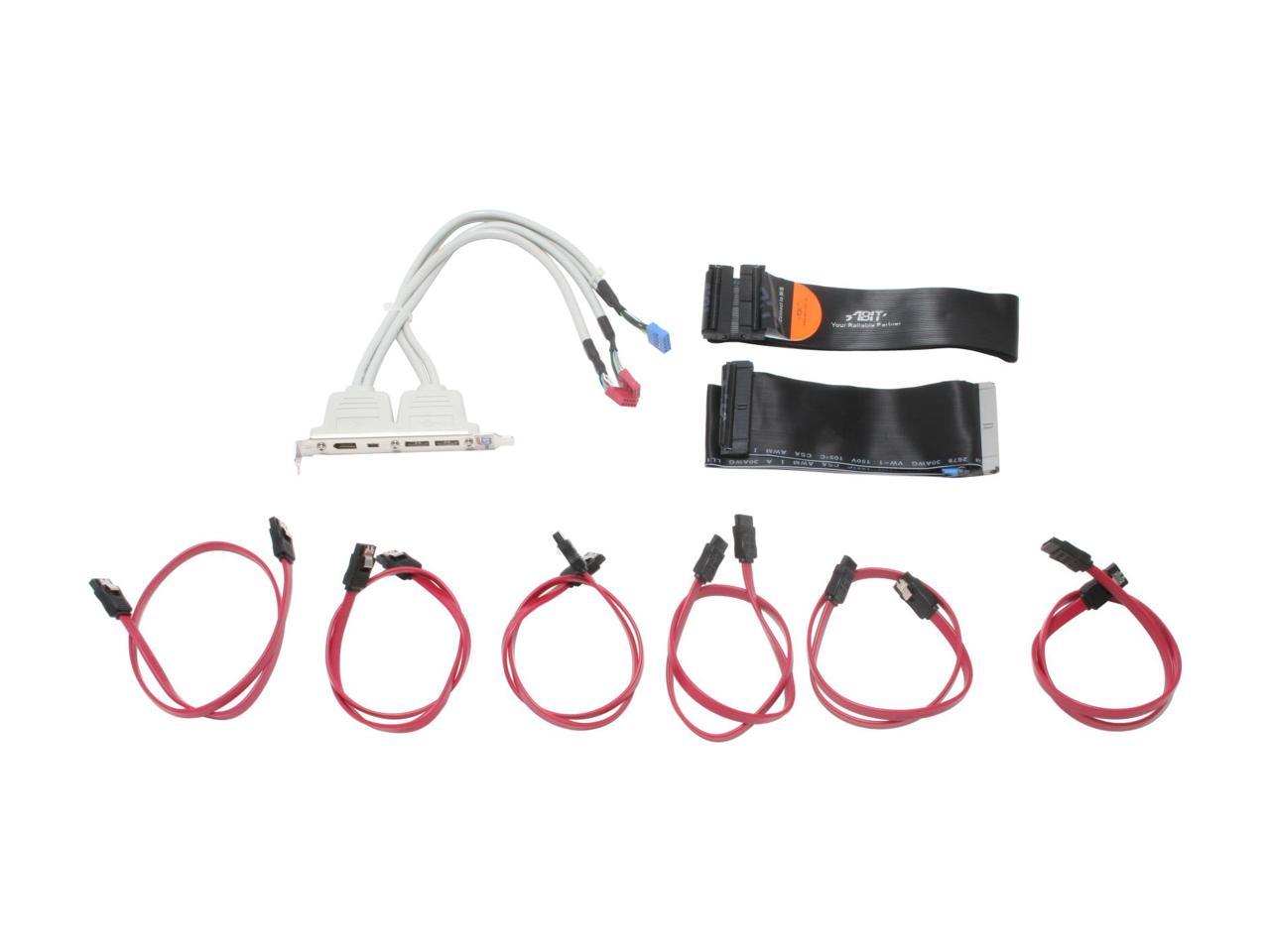 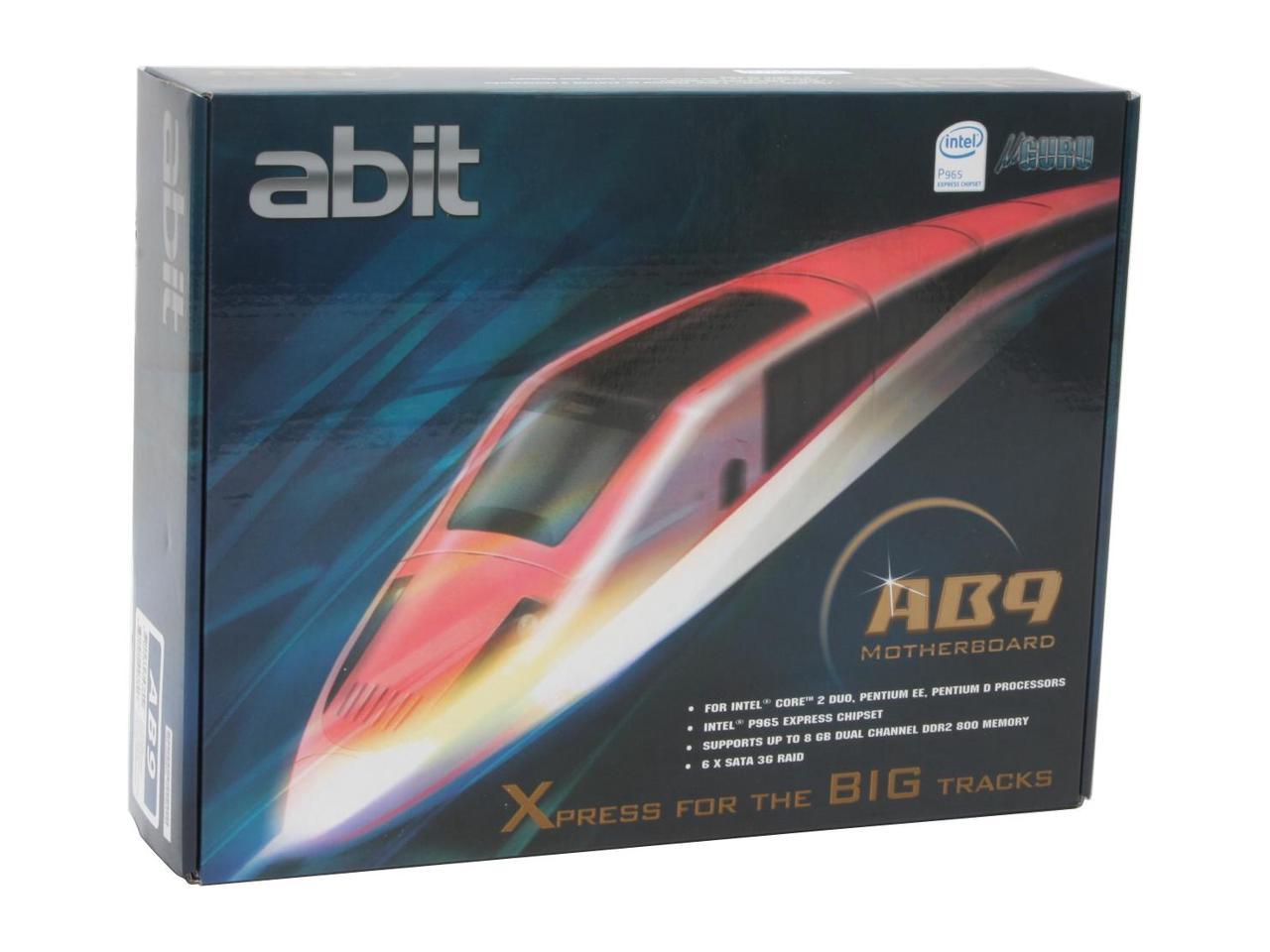 (38) Write a Review
OUT OF STOCK.
Overview
Specs
Reviews
The ABIT AB9 motherboard is a Dual Core ready motherboard offering superior overclocking ability without burning a massive hole in your pocket. Based on the Intel P965 chipset, the AB9 supports the latest, and the fastest, Intel Core 2 Duo 1066/800 MHz FSB processors. It features ABIT's revolutionary SoftMenu technology that allows you to adjust your CPU settings directly from the BIOS set-up. With the help of the integrated µGuru chip, you can easily interact overclock, monitor, optimize, and stabilize your system using "zero" computer power. Its SilentOTES works in tandem with µGuru and dissipates heat away from the motherboard quickly and efficiently.
With an 8 Gigabyte memory capacity (Dual channel DDR2) and a PCI-E X16 graphic card slot, the AB9 ensures that you can tweak your board to better performance. Six SATA 3Gb/s connectors ensure warehouse-storage capacities and four expansion slots (2 x PCI-E X1 + 2 x PCI) make sure that you have ample room for all the cards you need. The motherboard features a built-in 7.1-channel High-Definition Audio Codec that delivers audiophile-grade sound. Additionally, the On-board Gigabit Ethernet card helps eliminate the need for an add-on LAN card and reduces card-clutter.
This is a great mainstream board that's ready to be pushed to your limits to give you the power and flexibility you need!

Cons: Current shipping BIOS (10) is terrible. A lot of faster memory will not POST with this BIOS. The latest BIOS (11) seems OK. ATA and floppy connectors are awkwardly placed, and you to load a driver for the ATA controller before you can install Windows.

Overall Review: I used Patriot DDR2-667 and was able to POST and flash my BIOS. BIOS 10 really was not ready for release. Once later revisions of this board have better BIOS, it will be a nice mid-range motherboard.

Overall Review: This board was rushed into the market, and was not properly tested before release.

Overall Review: OTHERWISE it's a great board that is rock stable with plenty of features and overclocking options. The uGURU software is a plus if you want to control your fan speed.

Pros: Excellent, takes my E6400 to 3.0GHz with no problems. I am really pleased with the board. It came with the 1.5 BIOS already loaded. The IDE connector's placement is a non-issue for me.

Cons: I hope they get Vista drivers soon.

Pros: Seems to be a solid board. Cool heat sink on ICH.

Cons: The floppy and IDE connectors are on the bottom and center of the board instead of the back edge. Therefore the supplied cables are too short to reach the drive bays. I had to buy an 18" floppy cable and a 24" IDE cable to reach the drives.

Pros: Very Stable board with good all around performance. You actually don't need UGURU to OC at all. I am not using it and have my Intel C2D E6400 OC'd to 2.5 with OK Ram. Lots of OCing ability. A novice to Expert can use this board without any problems

Cons: Only supports 2 IDE devices. If you have more than 2 IDE devices you are going to be out of luck. If you have a large case you will be S.O.L. because of the placement of the IDE connector on the board. The preveious reviewers were not joking about this at all!!! The D*I L**party MB in my other system is just as good!

Overall Review: YOU MUST LOAD THE JMICRON DRIVERS. In order for the IDE controller to function propely. The JMICRON floppy should read RAID and IDE drivers. I spent 2 days with problems from my IDE DVD drives burning from 1 to the other until I loaded the Drivers. You don't have to enable a RAID configuration in the BIOS but you need the JMICRON drivers from the floppy for your systems IDE devices to operate properly .

Pros: Been using this board for a couple of weeks now with no problems. It booted on the first try with an E6400 and DDR5300 RAM. It is fast, and the uGuru utility is nice for simple overclocking and keeping tabs on system stats.

Cons: Like everyone else has said, the IDE controller is in a weird position. Dont let that be a dealbreaker though, as the ABIT IDE cable that came with the board was long enough to reach my DVDR drive in the top slot of a mid-tower, no sweat. A full tower would probably require a longer cable.

Overall Review: Be sure to load the SATA drivers on floppy before you load XP. Also, when first booting the XP install after it loaded some drivers, it seemed to hang for about 3 minutes. I was just about to restart it when it continued on its merry way. Works perfect despite the hang, so I can only assume it was probably an issue with the XP installer.

Cons: Had to update bios, otherwise it would post one time, then I would have to reset the bios. IDE and Floppy connectors couldnt be in a worse place...

Overall Review: Dont forget to select "load optimized settings" from the bios, and when installing windows xp, press F6 at the beginning to install the sata drivers from the floppy.