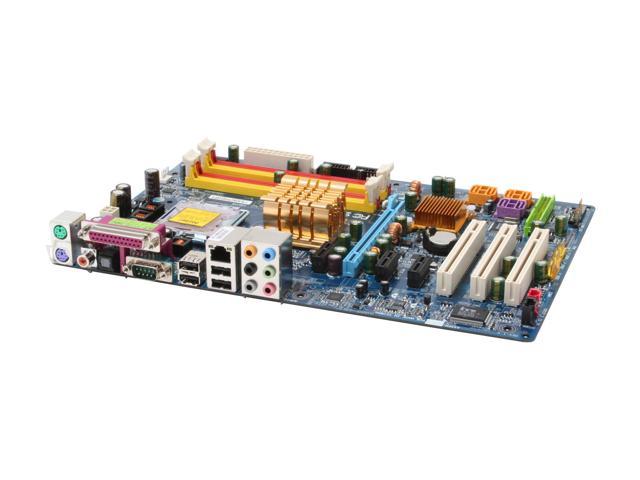 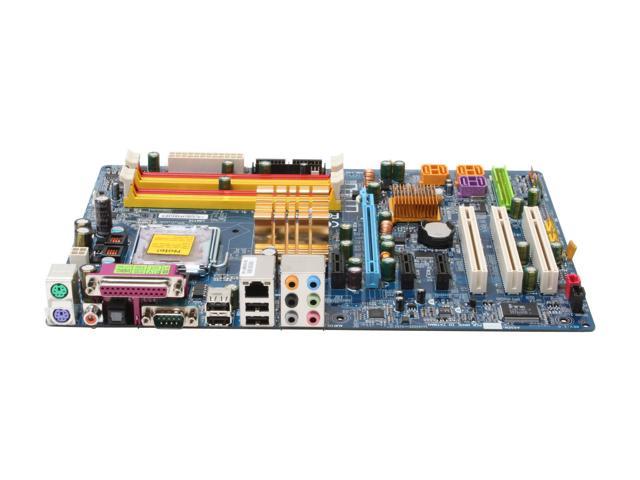 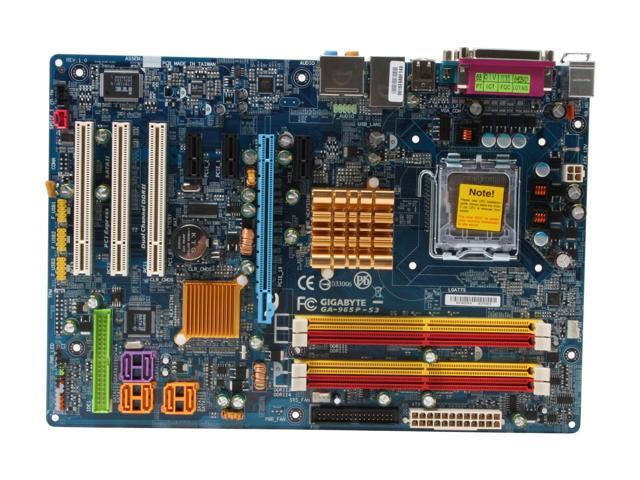 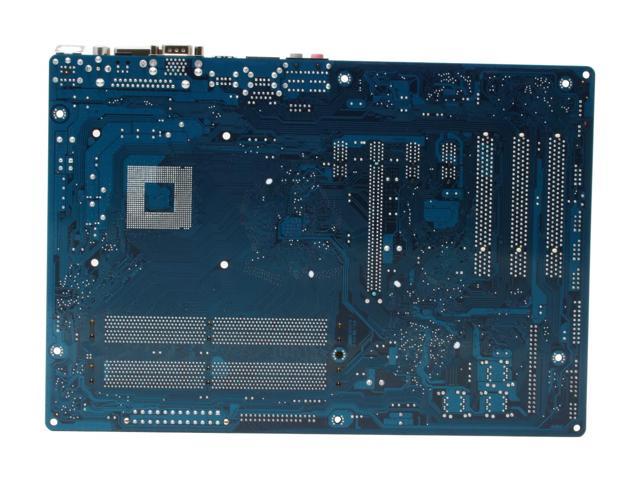 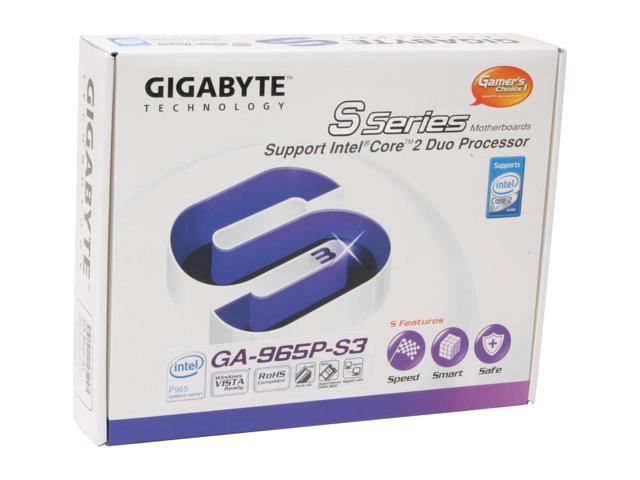 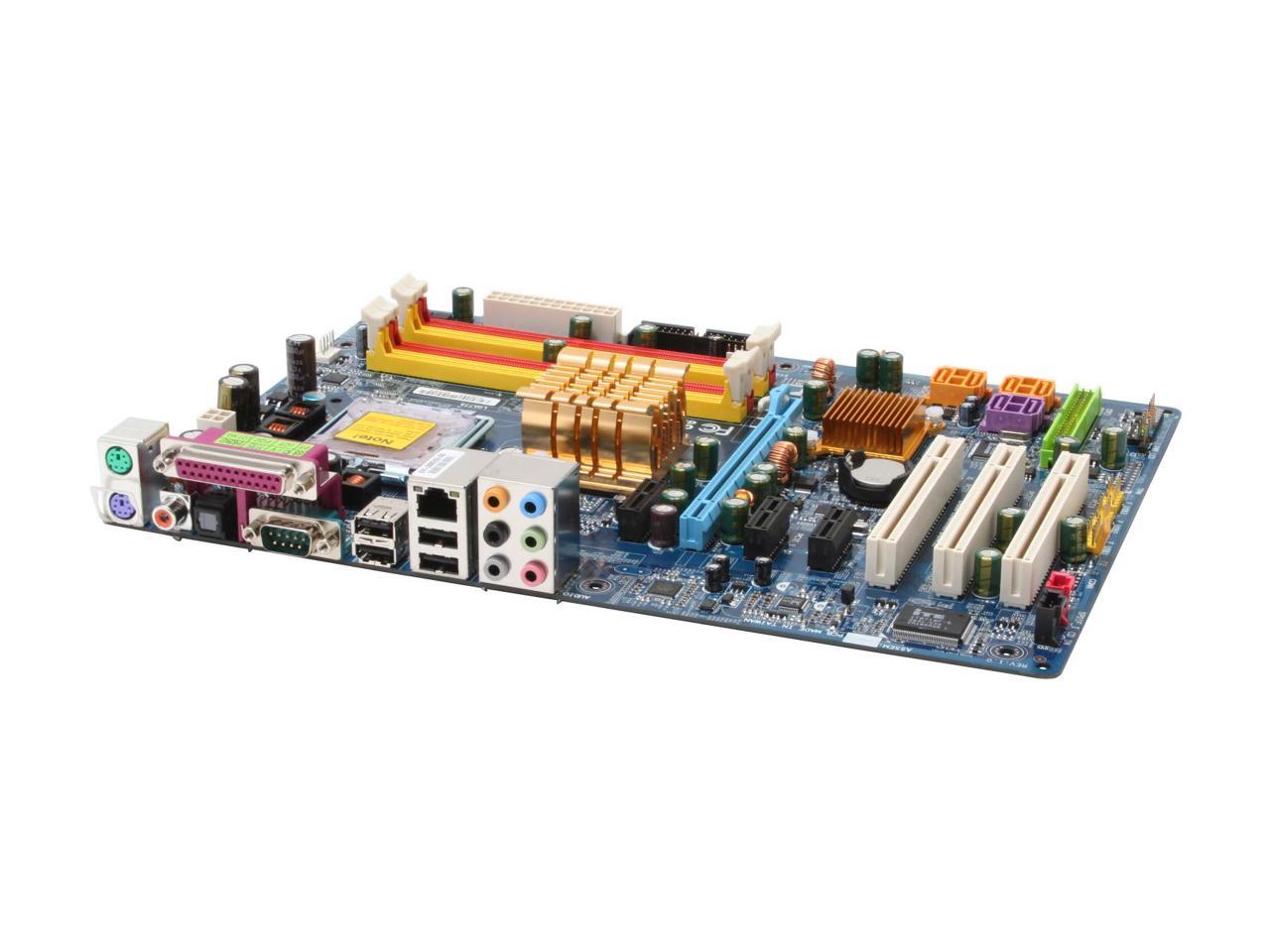 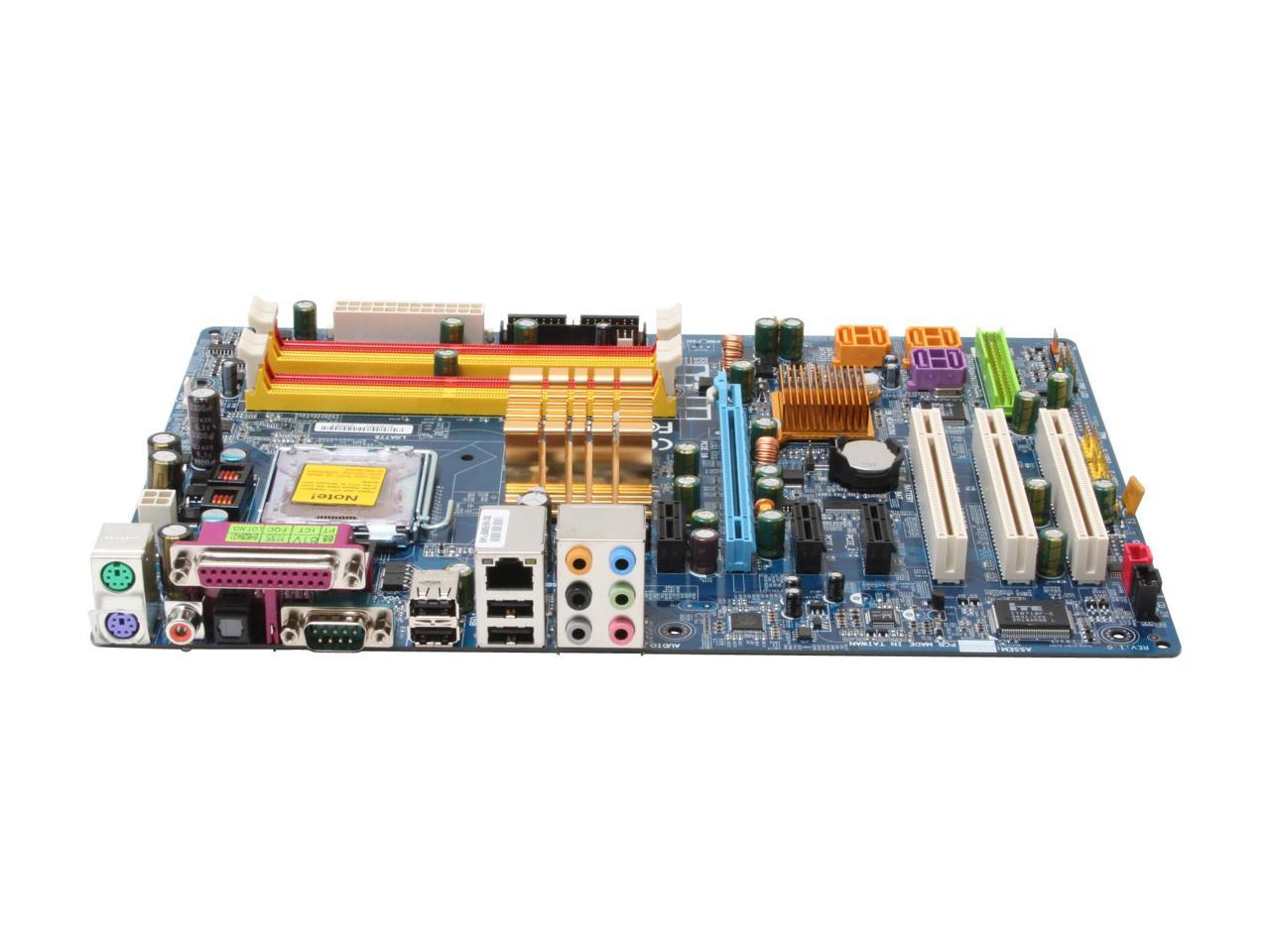 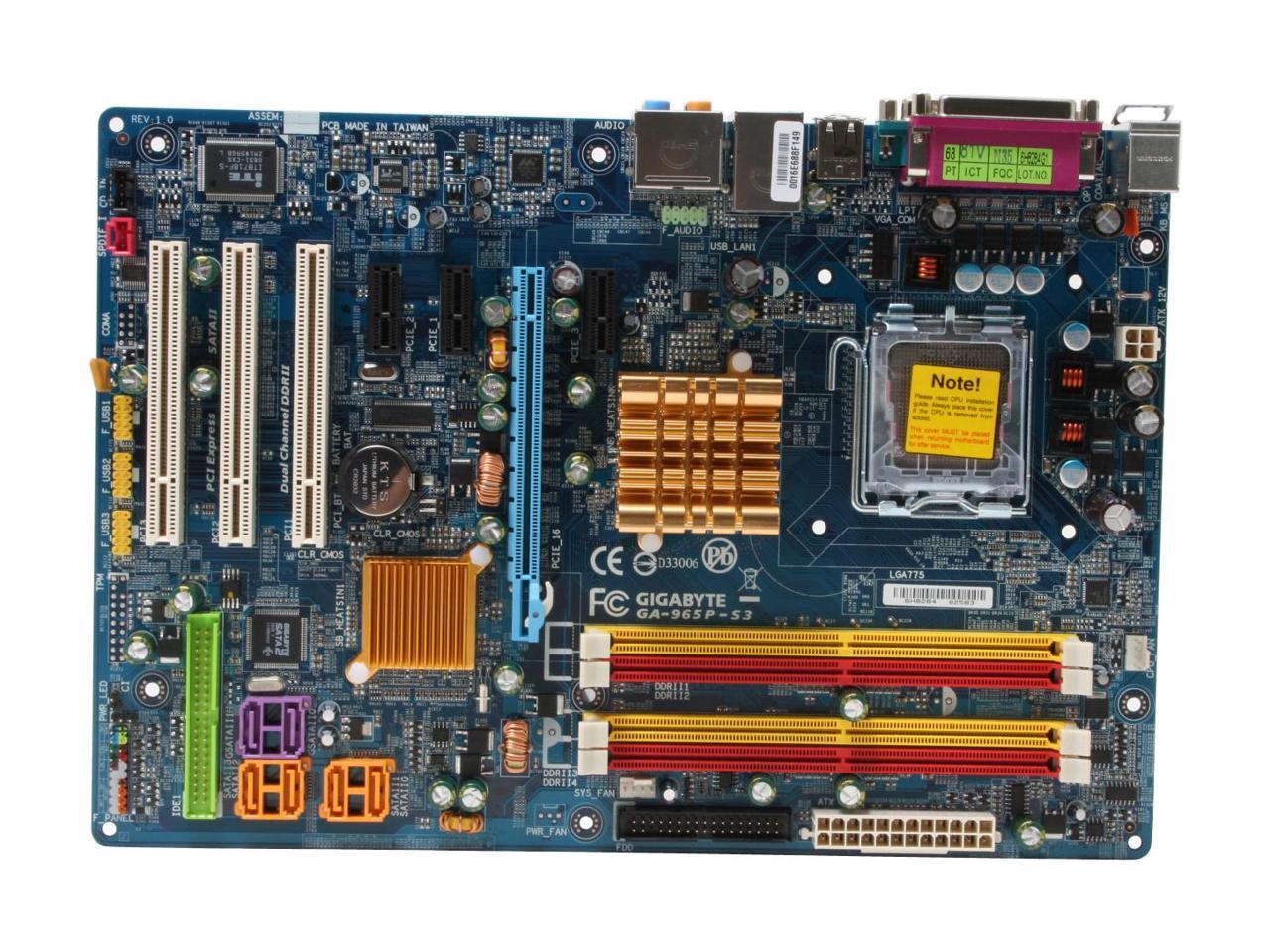 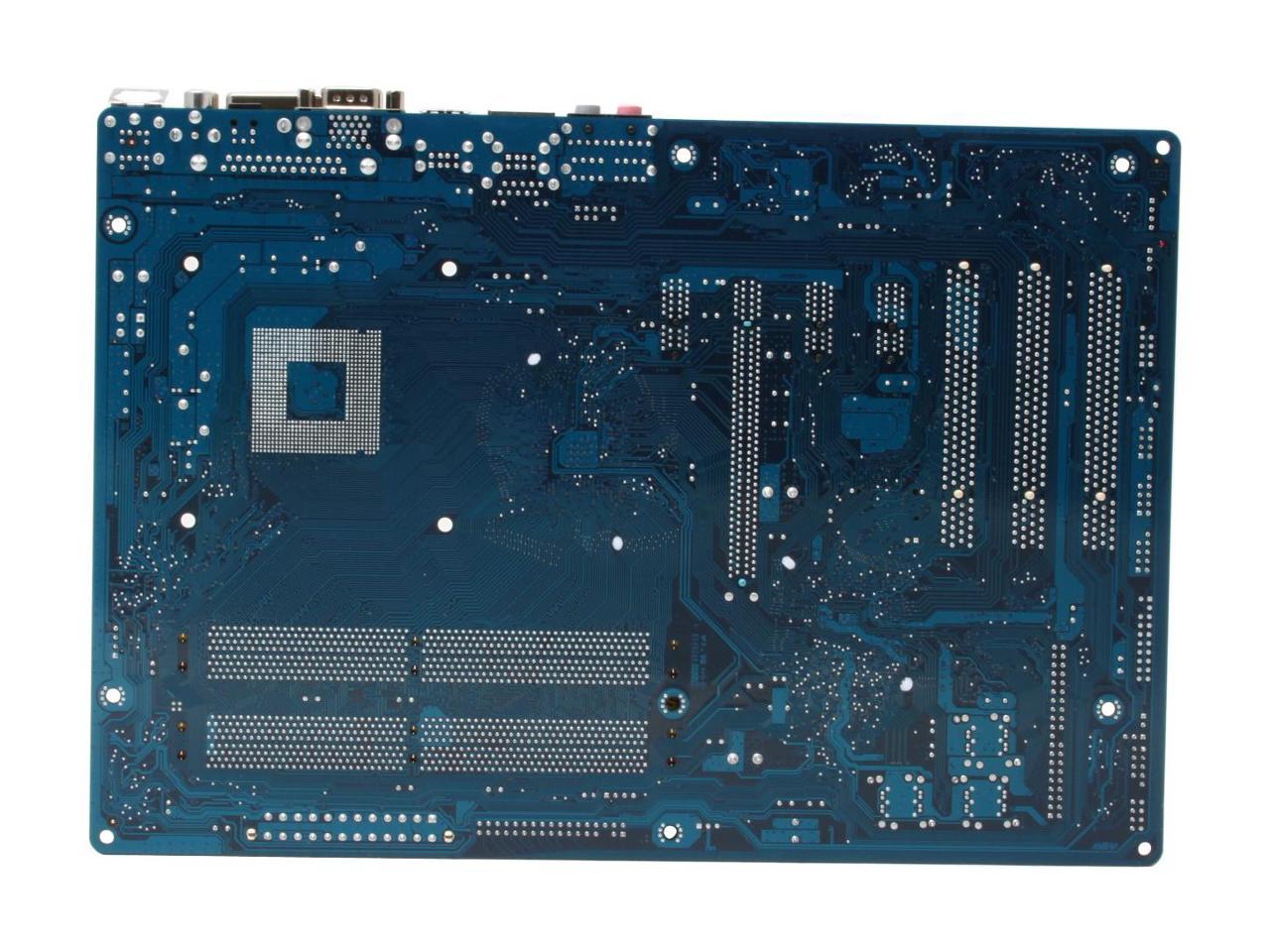 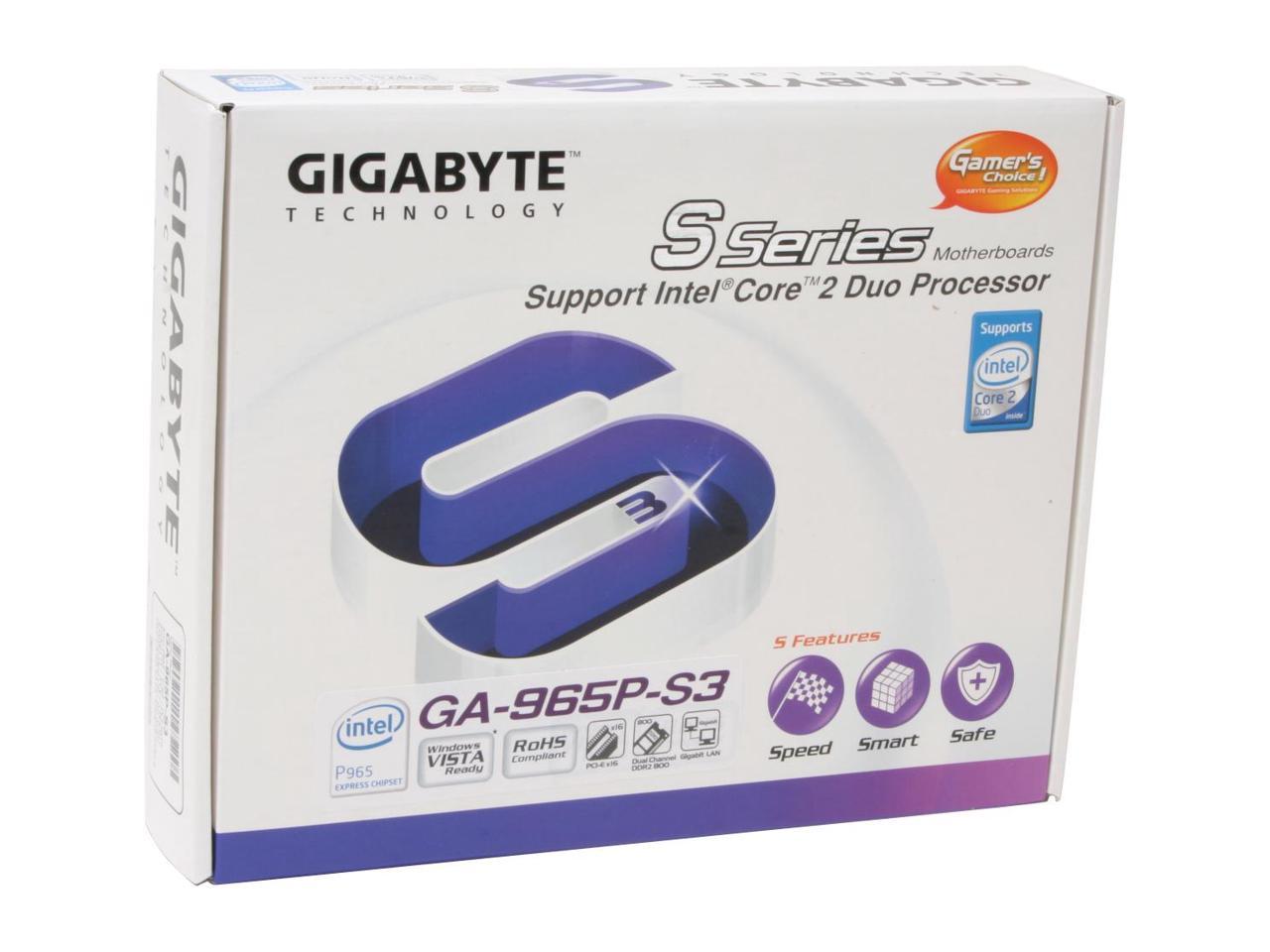 Learn more about the GIGABYTE GA-965P-S3

Pros: This motherboard is the best by far because of the price. It runs so stable with my E6400. I gotta say that it is an overclocking beast. I got my cpu running at 3.36GHZ stable without any problem so far. Some people complain about memory issues but as I can see they have little understanding... I got my 2 times 512MB sticks Geil memory DDR2800 and they run like a dream. Thank you Newegg!!

Cons: None, the best motherboard for the price.

Overall Review: I have my FSB:DRAM ratio at 1:1. My memory voltage at 2.1 with 4 4 4 12 timings. Of course, I had to manually change the timings. my multiplier is set at 8 and FSB at 420. I could push this further but as it is it just flies. If you buy this mobo, to change timings hit control F1 when in BIOS. I had trouble figuring out how to change the BIOS settings, it's a hidden feature for ppl I guess who don't know what they are doing. I felt I was one of them. HEHE :)

Pros: Best bang for the buck. Easiest build i have ever done without a single problem. It lets me overclock my C2D 6600 to 3.8 , great overclocker board , lots of tweaking options in the bios. Very stable board even with massive overclocks. Theres a great review at xbi_tla*bs raed it.

Overall Review: People that give bad reviews probably got a deffective board , i feel for you , try RMA and give it a second chance you wont regret it. Its an overclockers dream if you are into that kind of stuff. I attached a 40mm fan to the northbridge in order to get massive overclocks out of the board. It is well worth it. Works well with G.Skill DDR2 - 800 rated at 4-4-4-12 black heatspreaders. My rig , Gigabyte S3 revision 1 , C2D 6600 overclock @ 3.8 prime 95 and orthos stable 24 hours(thats my cpu speed 24/7). , Zalman cnps 9500 + artic silver 5 , G.Skill DDR2 800 D9 micron chips , eVGA 8800GTS 640MB superclocked edition , BFG 650W Dual 12 v Rails. 2 seagates 320GB. sata 3.0 7200.10 in Raid 0. This is my main gaming rig and not a single error or problems for over 3 months now. If you know a little about building computers it will be a piece of cake , even for first time builders its an easy installation. ( highly recommend a 40mm fan for the north bridge for massive overclocks) BUY IT.

Pros: Technical reviews on the web indicate it's a good overclocker. The onboard high definition audio is good. It has support for quad processors. Overall you get alot of bang for the buck.

Cons: I got revision 1 of the board. Revision 3.3 listed at the Gigabyte home page adds 1333MHz front side bus. The sound drivers grey out the "Advanced Controls" options, which is where you enable microphone boost. Without boost, microphone volume is very low. The work around to enable "Microphone boost" is as follows: Go to Control Panel--> Sound and Audio Devices Under the Volume tab click advanced Select Options-->Properties and select "Realtek HD audio output" Check "Rear Pink In" Click OK Under Options, make sure "Advanced Controls" is checked You will notice that the "Advanced" button that WAS greyed out is available Press it and check "Microphone boost" When my computer went into sleep mode while using dual monitors, it locked up. To fix it I had to download and install the P965 Chipset Software Installation Utility at Intel's chipset support web site.

Overall Review: There are hidden voltage settings you can access in the BIOS. When you first enter the BIOS setup, press Control-F1. In the MB Intelligent Tweaker (M.I.T.) section you will now have options that were hidden before. It has a few negatives, but I've been able to fix them with the Chipset driver update, the BIOS update and a workaround for the microphone boost problem. I'm satisfied. I would prefer the revision 3.3 board, but I'm not sure it's available yet. For those concerned with compatibility the following components work great with this board: Motherboard: Gigabyte GA-965P-S3 Power Supply: XION PowerReal 600W XON-600F14T-201 CPU: Intel Core 2 Duo E6600 Memory: OCZ 2X1GB DDR2800 OCZ2P800R22GK Hard Drive: Seagate 400GB 16B Cache SATA ST3400633AS-RK

Cons: Face the facts of life, if you spend less money you are going to have to make some compromises sometimes. Don't use Gigabyte's software to overclock, it took the CPU voltage WAY beyond safe. Take some time and use the BIOS settings. Stock fan controller doesn't work well. After OC'ing, the Auto, Legacy, and Intel setting would let the CPU temp get above 50 C, which is a no-no for Core2 chips. I turned it to OFF and the fan runs steady at 1650RPM (kinda loud), but the CPU stays at 41C ALL the time. Northbridge is hella hot, they should have put a fan on it. This is probably where the MB is going to fail first. One IDE port in a bad spot, but this is Intel's, not Gigabyte's, fault. Gigabyte added this to the board, Intel was going to have NONE with the ICH8 chipset, so thank GB.

Overall Review: The RAM issue can be fixed by buying good RAM like Corsair XMS2 which is rated at 1.9V, booted fine at 1.8V then I set BIOS to 1.9V.

Pros: Overclocks like a champ - its only redeeming quality at this point. Once I worked out the kinks, I OC'd my 2.13 GHz Core 2 Duo to 3.2 GHz with a cheap but capable Rosewill RCX-Z775-SL cooler, and I haven't even hit the ceiling yet.

Cons: Gigabyte: #1 There's a problem with the built-in Marvell Gigabit LAN, but Gigabyte's web page for the revision 1.0 board certainly won't help you find the solution. If you have a revision 1.0 board like I do you need to go to the rev. 3.3 board page, click on FAQ, then find FAQ ID 2372 which will give you the information and files you need. I'm running XP PRO SP2 with 2 SATA drives and no RAID. While the FAQ states it helps with a Vista, RAID, or disabled onboard LAN problem, it solved my problems with locking up when installing the Intel drivers, and slow system performance - and I had the LAN enabled. #2 The packaging was kind of ratty. No sticker sealing the box like you find with many new board, and one of the instructions pamphlets was unfolded and looked used. I wasn't sure whether I received a new board or a refurb. Newegg: Received a revision 1.0 board. I always buy from Newegg first but the fact that I can't choose which revision I'd like really disappoints me.

Overall Review: I'd have paid more for a rev 3.3 board. Revision 3.3 boards came out last year. Why are 1.0 boards still in the distribution channel? If different revision boards have different features or perceived value then I'd like to be given the opportunity to choose one and pay more if need be.

Cons: 1 IDE (not a con because you know it before you buy it)

Overall Review: I have built 2 computers with these boards and had no issues. I used a coolermaster centurion case, Core 2 Duo e4300, A-data 667 2gb ram, Scythe 450W psu, Audigy 2, WD 160B sata, sunbeam cooler and did a slight overclock to 2.7ghz with no voltage increase. I would recommend this board to any of my friends looking for an easy build.

Cons: The "tweak" software on the install CD is a joke. The only thing it may be good for is to monitor the CPU temp in Windows.

Overall Review: Of course NewEgg had the "goods" to my door way ahead of my expectations. The addition of a Blue Orb CPU fan is probably the reason for the 41 degree temp.